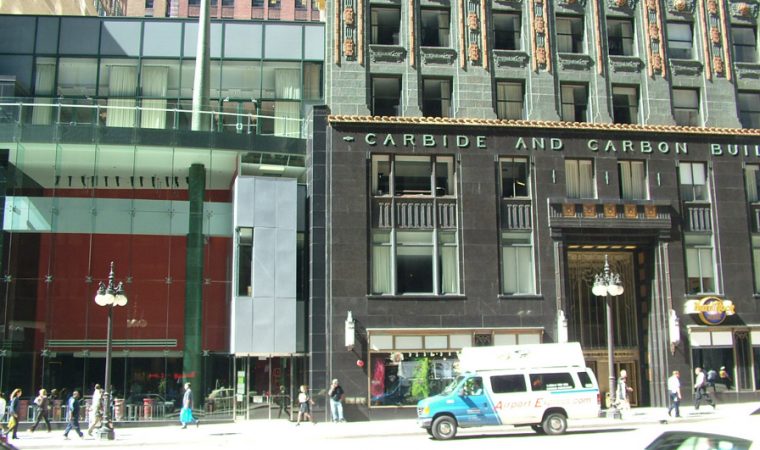 Last week the Traditional Building show was in Chicago, which is a trade show catering to the needs of preservationists. The floor was full of window and masonry restorers, stained glass outfits, museum villages, and manufacturers of everything from floors to real roofing tiles. They also had a row of us not-for-profits, including the National Trust and LPCI (link at right) and the dear old School of the Art Institute of Chicago’s Historic Preservation Program.

Traditional Building is the name of a magazine founded by Clem Labine, an original Brooklyn Heights brownstoner, back in the early 1970s and he was there as well. The group that puts on the show also put on a series of speakers and presentations that were really quite excellent. I’m not saying that just because I was one of them, nor because we all got to see Bob Yapp do his fabulous, funny and fact-filled number on replacement windows. Everyone I knew commented on the interest and quality of the presentations.

The keynote was actually a debate between Steven Semes of Notre Dame’s architecture school and Paul Byard of Columbia University’s preservation program. And it was actually a debate – not the 21st century FOX news cage fight of screaming ideologues, but an interesting series of arguments on two very different sides, each carefully and quietly supported so that the audience suspended prejudice and listened, trying to decide which side they were on.

In super simplistic terms, Semes was arguing for classicism in additions to historic buildings, while Byard was arguing for modernism. I have generally been on Byard’s side, wanting new additions to be clearly new and distinct so as not to create a false sense of history. But Semes made some good points, including asking why a modernist addition was okay for a 1950s Park Avenue highrise, but a Georgian addition was not appropriate for a site in Williamsburg. He charged architects with modernist bias and told us to watch out whenever architects talk about the idea of a building or what it is trying to say. Byard played into his hand with a description of Manhattan’s Austrian Cultural Center full of reference to the demi-nihilism of contemporary novelist Elfriede Jelinek. Buildings and music don’t speak like the other arts, said Semes.

He almost had me, which is a testament to the quality of the debate. Ultimately I am much closer to Byard’s position, but I was also struck by a couple buildings that contradict each assertion. First I though of Farnsworth House by Mies van der Rohe (See LPCI link at right) which is an icon of modernism. But if you have ever seen it you also realize that it is a perfect classical Greek temple despite or more likely because of its modern materials and idiom. It is Paestum and it is Alexander Jackson Davis and it is 1949 on the Fox River, all at once.

The other example is the Austrian Cultural Center, which I wrote about for a major tour guide long before I actually visited it. To contradict both Semes and Byard, I thought the building was perfectly contextual in mid-town Manhattan. Part of that stems no doubt from the fact that absolutely EVERYTHING is contextual in a chaos-bucket like Manhattan, but part of it is inherent. The building juts and slices, but it is narrow and its monolithic qualities make it the ultimate brick in the midtown wall, a completing composition more than a competing one, despite its semiotic sympathies with Jelinek’s self-loathing anti-heroes. Perhaps like her novels it is not about the exceptional protagonist so much as the cultural condition, which is what Semes and Byard’s debate was about.

I think you move forward and create new expressions, never content that the past can say it all, never so confident that you think it was never said before.

One Response to :
Traditional Modernity