Oak Park settles down a bit 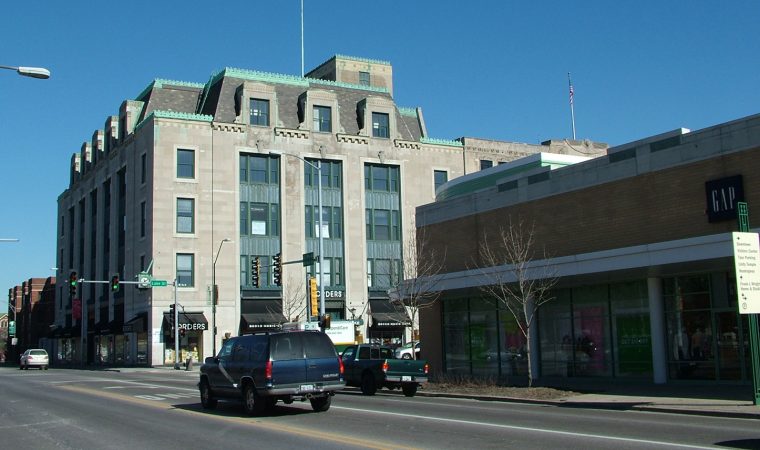 Well, from the tenor of the panel discussion in Oak Park this morning, the Fox News-style polarization of preservation has died down a bit. This is a good thing. A developer, a village president/architect, a local architect and two preservationists made up a panel that was distinguished more by how much they agreed than by the false “Preservation or Development” dichotomy that was set up.

He also noted that there is no “development” in a place like Oak Park or Chicago – only “redevelopment”. Several people commented (this is a timeless classic you hear over and over again) that Frank Lloyd Wright would not have been able to build what he did if preservation laws were in place.

So, I naturally pointed out that Frank Lloyd Wright came to an Oak Park of 5000 people, left for good when it was 20,000. It was 60,000 when they saved his Home and Studio. He was building on vacant land, not redeveloping.

Royce Yeater spoke of preservation as managing the cultural environment, which is an elegant and apt phrase and underscored the notion of process – it is never over and done with once and for all. I would add that preservation is entirely future-oriented. That sounds strange on the face of it (aren’t they trying to preserve the past) but in fact preservation is a present action aimed solely at what a place looks and feels like in the future.

Finally, there was a lot of hand-wringing about the regulations of a historic district in downtown Oak Park and dire predictions of how it would impede development, harm owners, etc. These arguments have surfaced since at least 1926, and the funny thing is…they only surface BEFORE a designation, not AFTER. Fine noted how the designated commercial districts in Chicago are thriving.

The elephant in the room this morning was the Avenue District in Oak Park. It is landmarked. Why weren’t the owners there complaining? Why haven’t they written to describe all the horrors they have had to endure over the last decade or more that they have been subject to landmarks review? Reality check, anyone?