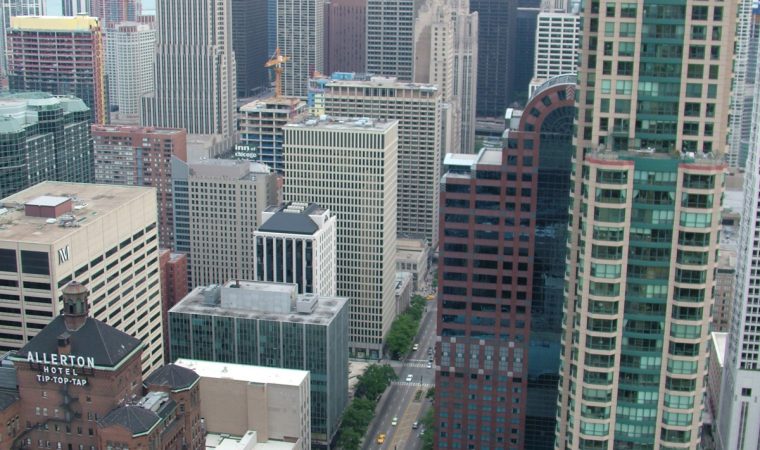 Since the 2016 Olympics the tourists have been flocking to Chicago. Eighty percent from China and India, where the currency rates make an American tour affordable. More and more of the middle class are enjoying a journey to the other side of the world, with the hopes of finding an exotic locale, rich and authentic local experiences, the romance of century-old architecture and native peoples with colorful local dress, customs and food….

The Chicagoans under their Dear Leader Daley have festooned the downtown with modern artworks and massive landscaping programs to show off the late-19th century architecture for which the city is famous. This does not disappoint, as much of it was refurbished in the 1990-2005 period. The “Loop,” still circled by a quaint collection of elevated railroads, remains the best – and most scenic – way to travel around the inner city.

Make sure to be downtown at 8 AM for the Changing of the Cars, where costumed motoring enthusiasts with working gasoline-powered cars parade into the Loop, from the remaining, lovingly restored lanes of the historic interstate expressways that once converged here. The costumes and the cars are a real treat, although the automobile exhaust (how did they breathe back then?) is surprisingly harsh and has inspired legislation to ban the event, which would be a shame, as there are few places in the world where you can still see the “gas-guzzlers.”

Speaking of historic recreations, one of the best are the open-outcry pits at the Chicago Board of Trade Museum. The costumes – baggy shirts with plastic badges signifying the trader’s “krewe,” resemble 20th century golf attire in their mismatching of color, fabric and tailoring for a grotesque effect. Nearby, several former “banks” are also open as living history museums, where “tellers” entertain visitors by pretending to provide face-to-face banking services. Don’t laugh: in remote areas of Chicago such practices were still going on as recently as a generation ago.

The other “must-see” is the City Council Follies, an uproarious Broadway-style musical comedy with a 50-person chorus. Locals will insist that the comedy-dramas are verbatim re-enactments of historic City Council debates, although logic writes this off to typical American exaggeration.

Since time immemorial, Chicago has been known for its food, from the salad-covered hot dog to double-crust pizza and “ethnic” specialties ranging from ham hocks and collard greens to enchiladas verdes and varenyky. Try them all – the tastes are carefully recreated using modern EU-approved foods.

Don’t think time in Chicago is confined to nostalgia and history lessons in smog, suet and sweat – there is every modern amenity available in the podrises that line the lakefront parks for a full 100 kilometers from the Gary neighborhood to Waukegan. The wikirocious and digidelicate alike can find the appropriate range of interconnectivity for living, working and playing. Especially amenable is the Magnificent Mile, or Lao Li Lu, where historic preservation has been banned since 2010, although fragments of older facades can still be found in the district. A satisfying beef noodle breakfast can always be found here, and the banana-leaf thalis – while not up to Madras standards – are surprisingly good for North America. Pods of every range and raft are available here, for long stays and short, with guaranteed Bangalore networking so you don’t have to rely on the notorious North American networks. Crime is less an issue than it was several years ago, especially for tourists, who can take advantage of the special Asian tourist police, a high-tech force unavailable to locals.

Several of the Lao Li Lu shops offer traditional American items in shops staffed by natives in traditional costumes featuring short-sleeved Polo shirts, khakis trousers and penny loafers. Sundays at the Water Tower Place Performance they feature various Western ceremonial costumes and performances from rodeo (with simulated horses!) and punk rock to Superfly disco and the perennial favorite, the 1920s Chicago gangster. Authenticity is enhanced by period costumes and performers selected for their DNA compatibility with the time period and historical personages involved – it is easily superior to Magic Meiguo in Shanghai.

If you came for the triumphs of Ma, Peng and Krisnamurti in ’16, come back for another taste of America’s most authentic city!