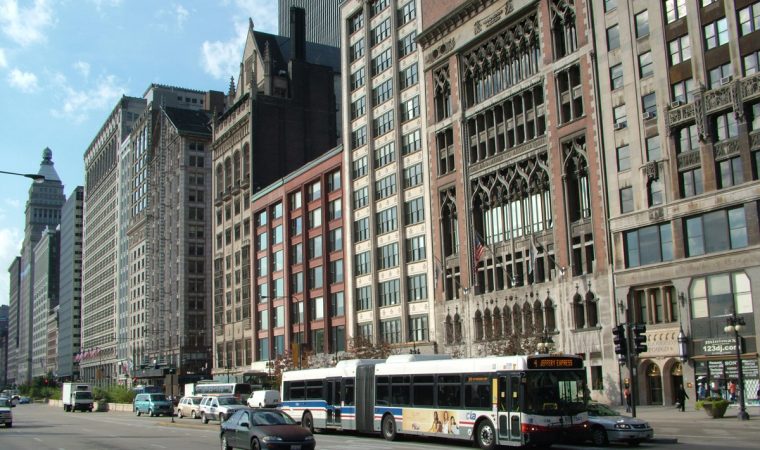 What will 2008 bring for preservation? More nasty facade projects? Fewer teardowns thanks to the meltdown of the housing market? I welcome your input and will share with you the SAIC HPRES plans for 2008, which are shaping up:

First, I am off to India along with some of our other faculty for a preservation (building conservation) conference in Ahmedabad in two weeks – less than two weeks actually. I will give a keynote on Preservation in the U.S. and present case studies of green preservation (River Forest Women’s Club) and design issues (Milton Historical Society).

This year marks the 40th anniversary of the Chicago Landmarks Ordinance and a number of organizations are planning events, including the exciting new exhibit at the Chicago Architecture Foundation, curated by SAIC alum Kate Keleman called Do We Dare Squander Chicago’s Great Architectural Heritage? I am also moderating a panel of community preservationists in April on the subject, and we just started talking about a symposium in September on the history of preservation in Chicago. The City will kick off with some lectures this Spring, including a big name (pending) in May for Great Places and Spaces.

The Museum signed me up for a cool tour in March combining the Farnsworth House (1950) by Mies with the Ford House (1950) by Bruce Goff, which proves the lie of the zeitgeist and the Organization Man in one huge contrast between formal purity and anarchic romanticism.

Here at the grad program we are planning another trip to the Weishan Heritage Valley in Yunnan, China at the end of May as we continue our ongoing work on this 13th century town that seems to be in the only place in The Only Country That Matters that is committed to preservation.

I’ll be in New Orleans later this month with the National Trust, and then Denver in May, maybe, and then we have the Annual Conference in Bruce Goff’s hometown of Tulsa in late October, which I am looking forward to…

Our program is moving to larger quarters on the 10th floor of the Sharp Building (1902, Holabird & Roche) this spring, which means we will have a decent Resource Center for the students, a real office for the faculty and more generously windowed studios (sadly replacement windows with all of their problems – inoperability, jagged aluminum seams and short lifespans).

Tom is officially launching my “Preservation Nation” radio show in West Texas this week although I have been working on it for a year – I hope I don’t come off as too much of a curmudgeon, although I do get on the windows rant atimes. And the sustainability rant.

And Felicity and I are doing a house, which is already making me insane. Ah, the particularity of preservation – there are no first principles, just a million million points of difference as messy and unpredictable as all history and its head crushing parade of humanity…..