Do We Dare Squander? 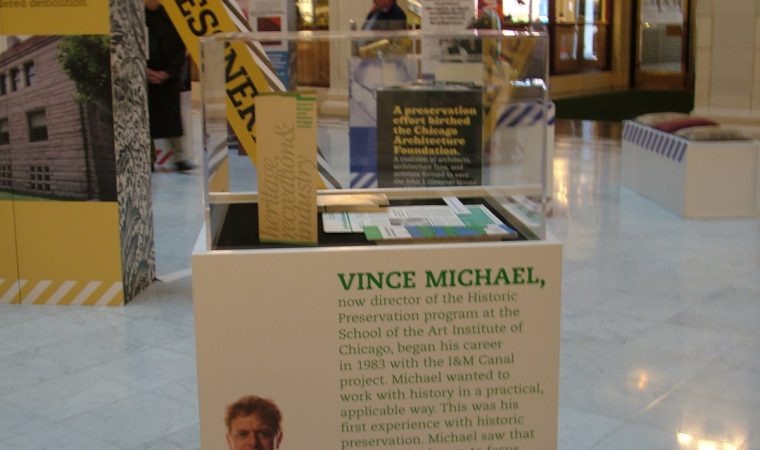 Our alumna Kate Keleman deserves congratulations for her curation of the excellent new exhibit at the Chicago Architecture Foundation, Do We Dare Squander Chicago’s Great Architectural Heritage? That seemingly unwieldy title was hand-written on a protest sign carried by Richard Nickel during the 1961 attempt to save Louis Sullivan’s Garrick Theater. Kate worked under Greg Dreicer at CAF who has made quite a splash in Chicago, and the graphic/physical design of the exhibit is really quite good.

Now, I am biased because I am in the show – one of many individuals quoted and pictured in conjunction with key preservation efforts, ranging from the 1920s effort to save the Palace of Fine Arts (Museum of Science and Industry), to more recent projects such as the Monadnock Building and Hilliard Center. Community efforts in places like the Gap and Old Town, as well as the I & M Canal National Heritage Corridor (that’s how come I’m there) stress the important role of grass roots organizing efforts in preservation – which is the subject of a discussion I will moderate in conjunction with the exhibit on April 17 in the evening. The great Richard Nickel is included, as is Preservation Chicago and the recent effort to landmark Roberts Temple, Emmett Till’s church on the South Side.I like the title too – it is very much of the period. The “Do We Dare” construction has completely gone out of fashion since the 1970s – somehow it speaks to the unbridled optimism and desire for change that characterized the 1960s. Even “Squander” has gone out of fashion, despite our unbridled squandering of natural and built resources. Some complain of its length, but I like that old Sun-Times photo and I like the “Dare” because it challenges us to rekindle that expansive sensibility of that period.

The show runs through May 9 in the lobby of the 1904 Railway Exchange Building at Jackson and Michigan Avenue. Go see for yourself = Don’t take my word for it – I am a museum piece after all…. 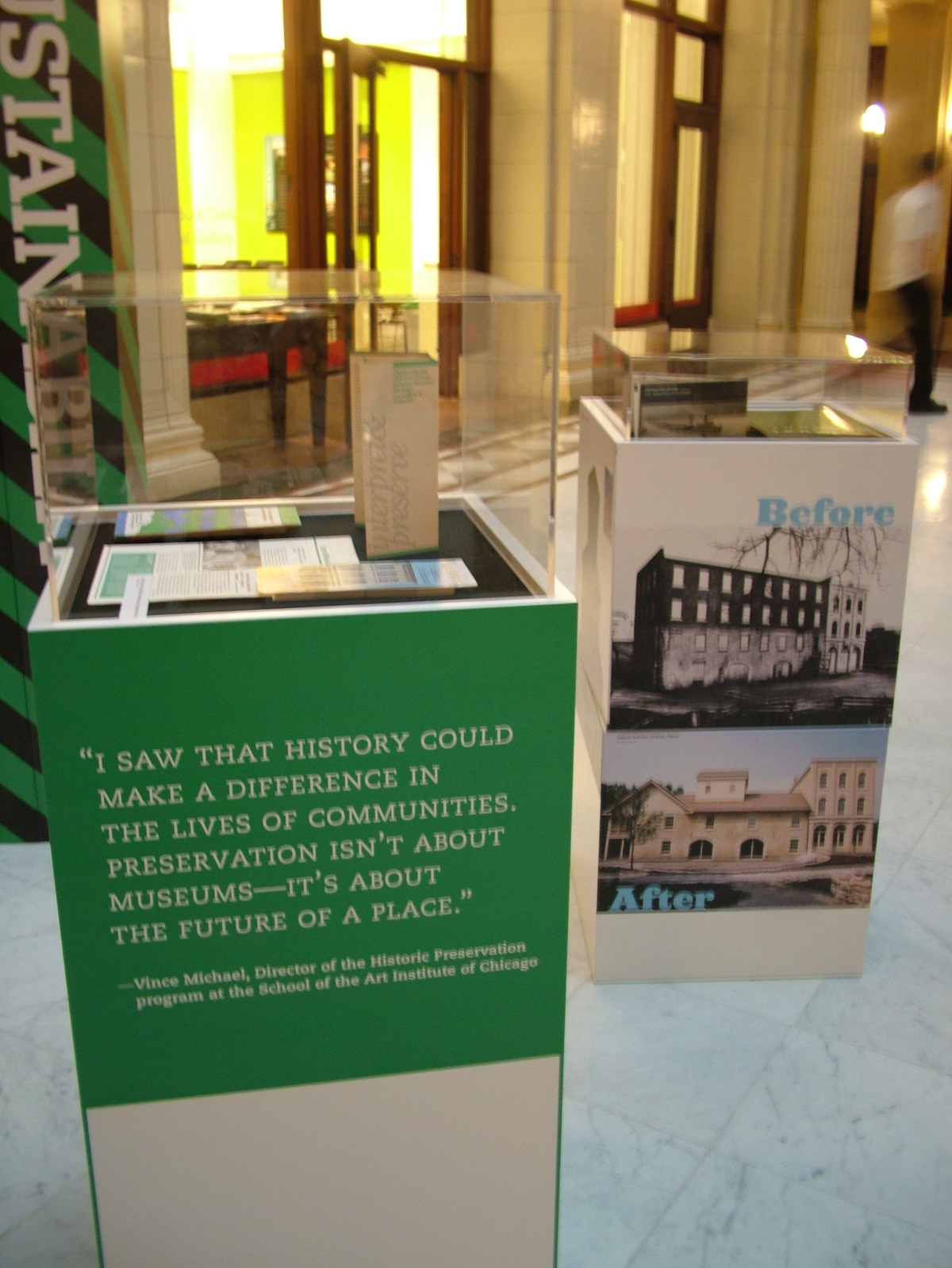