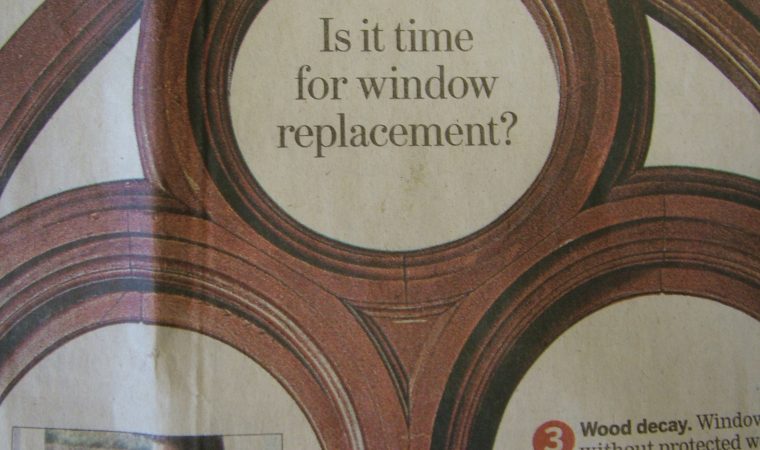 After a very good article about window replacement not long ago, today’s Your Place section of the Tribune slipped back into bad habits with a cover story arguing that old drafty windows are “so last winter.”

A few obvious problems here. The cute graphic sidebar that accompanied the article with 6 “clear signs” for window replacement has no author but at the bottom proclaims: Source: Jeld-Wen Windows and Doors. YOW! This is not an advertisement, but it was written by an advertiser. So much for journalistic ethics in the Zell era. 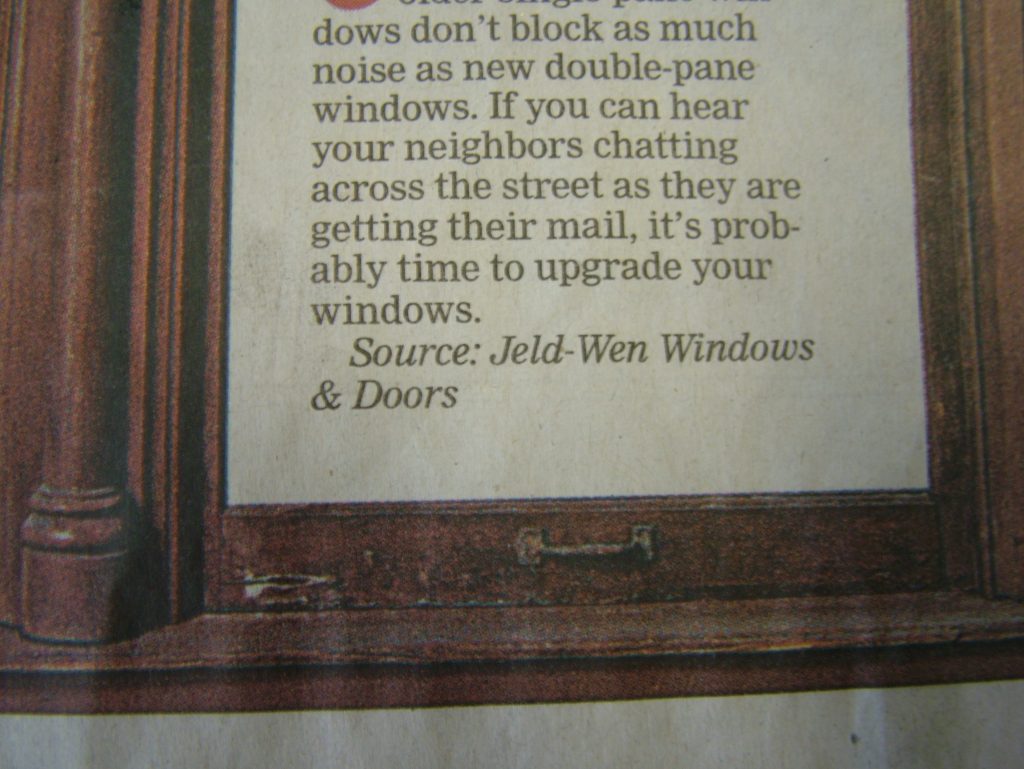 But even within the sidebar the six points themselves are pretty interesting. The Number One sign that your windows need replacing? “Fog or moisture between the glass panes.” That’s right – you need to replace the double-glazed windows installed less than 30 years ago. The accompanying REAL article by Mike McClintock notes that modern windows are more efficient than those produced 10 years ago. COME ON AND JOIN THE ENDLESS CAROUSEL OF WINDOW REPLACEMENT! 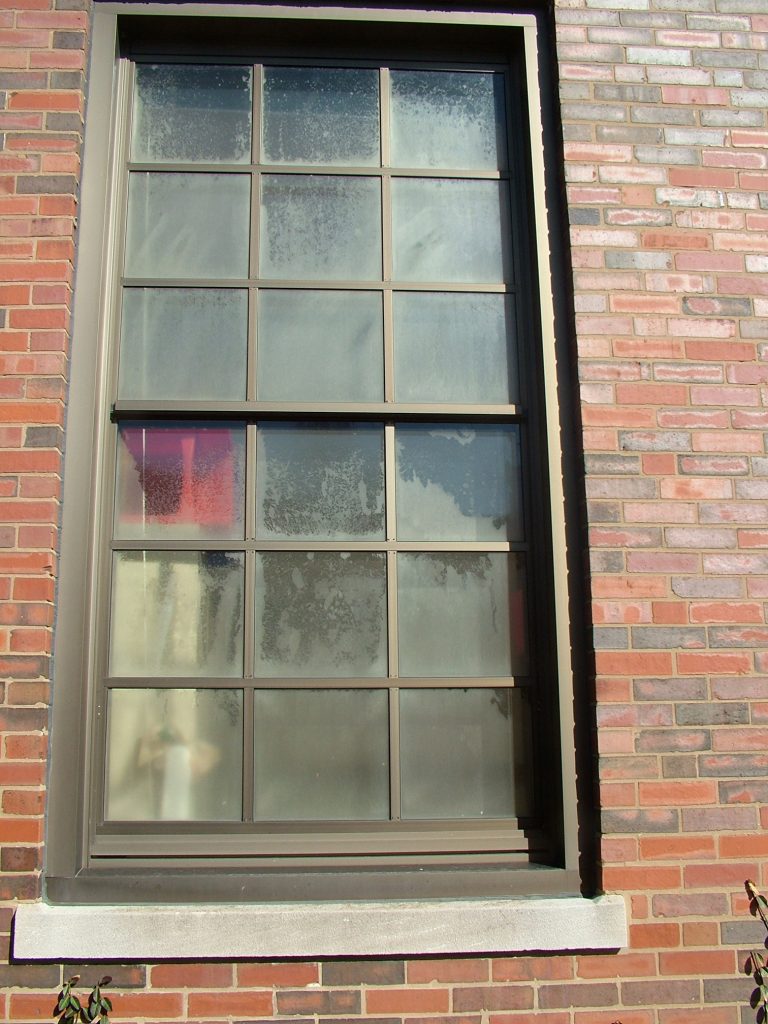 Then McClintock wisely notes that energy savings DON”T pay for replacement costs. He calculates a 40-year payback. WAIT A MINUTE. Didn’t the sidebar indicate we are replacing windows less than 30 years old? Do any modern windows have a 40-year warranty? (actual answer: No.) In fact, the best modern windows in terms of performance and appearance have a 20-year warranty – one of my students just reported on her high-end windows that failed just after that 20 year “window.” McClintock then talks a lot about energy savings, bandying about a 15% figure. NOTE: This figure is basically the MOST you can lose or save from window openings. HEAT RISES. Windy days are not the rule but the exception. You replace loose rattling windows with concrete block and silicone and you will save 15%, but the average window???? 15% is pushing it. 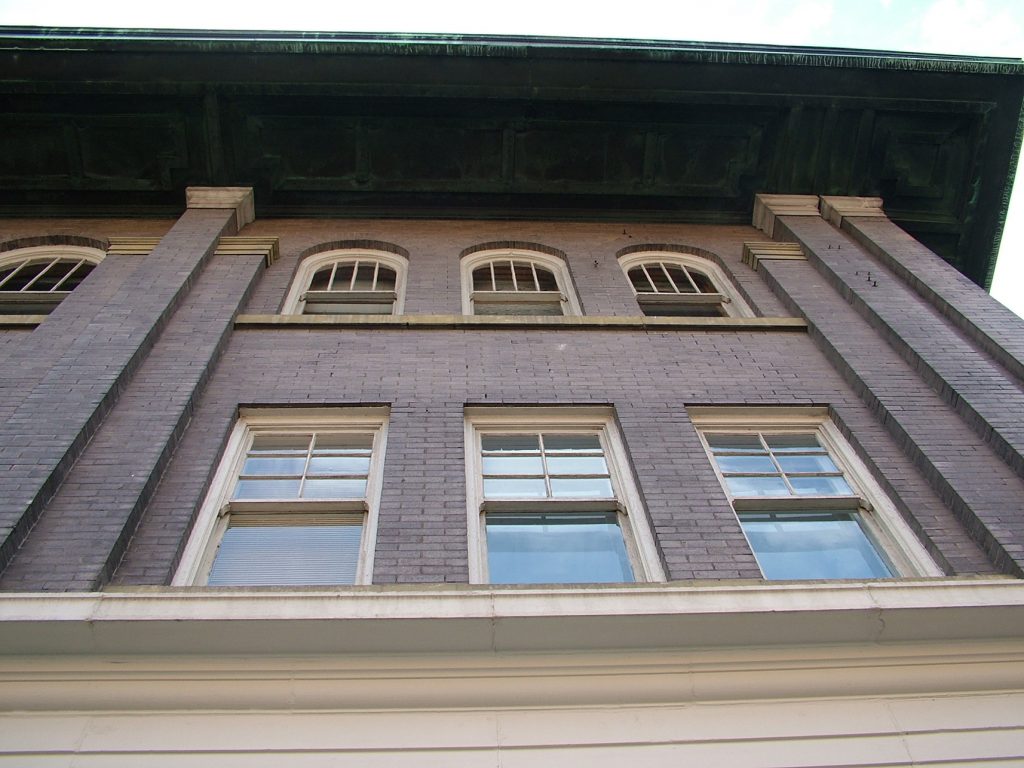 Back to the Jen-Weld reasons to replace windows: Number 2 is moisture or condensation, which EVERYONE around here has had thanks to the weather lately, so the timing is killer for selling a busload of windows. Number 3 is wood decay, a marvelously amorphous disease. Most lower rails get some moisture and some decay, but that rarely means you have to replace the whole window. Do you amputate at the knee for a broken ankle? Number 4 is Problems Opening or Closing, a condition that afflicts all windows over five years old. They point the finger at paint (usually the culprit) but somehow the solution is not to remove the paint, which seems obvious, and then they warn about warped wood (almost never the culprit in pre-1930 windows). Number 5 is Drafts, that scourge of the 18th century, responsible for all manner of spells, dropsy, quinsy, pleurisy and catarrh. Jen-Weld leaves aside these historic ills for the sweet spot of energy bills, something you never have to quantify. Number 6 is excess noise, but the point of all of these is to convince the homeowner that they need new windows based on dubious DIY diagnostics. But, hey, they got a product to sell, and in fairness, they probably did take out an ad on some other page of the paper.