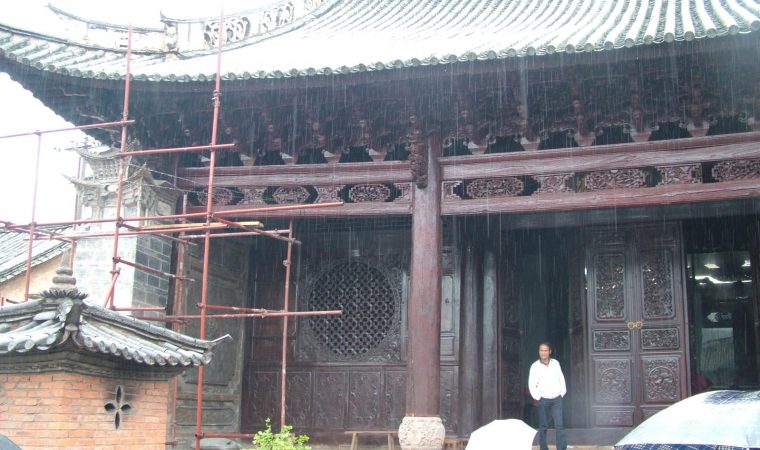 Thanks to Barry Maclean, the restoration of the Dong Yue temple in Weishan, Yunnan province is well underway. In this picture you can actually see the qiuwen screen that we found on site in 2004 when our SAIC students produced measured plans and a re-use plan for the temple site, on the edge of historic Weishan city and just below Weibaoshan, one of the 13 sacred Taoist mountains of China. Kudos to Mr. Li who is directing the restoration. The missing qiuwen screen was replicated, but without the characters in the interstices, a wise move. The decorative plaster on the side walls was restored and/or replicated only as necessary. This is the second excellent restoration in Weishan, the other being the Chang Chun temple on Weibaoshan. Both projects have a steady understated approach, unlike the gaudy over-restoration that one often finds. 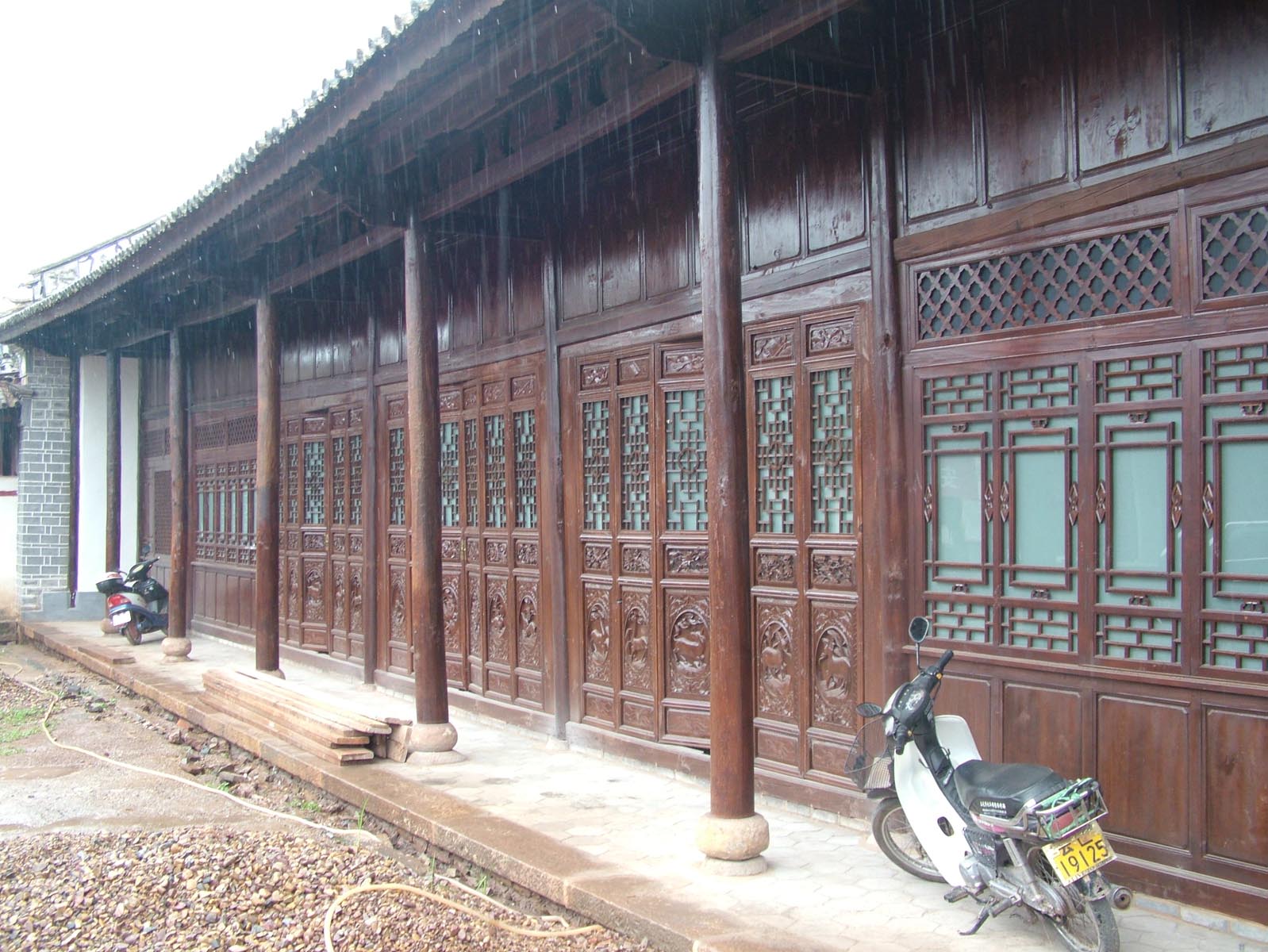 I hope that Karin, Natalia, Hans, Stacey, Andrea, Marty, Kim, Chrissie and Marilyn see this – it is very gratifying to see a project move forward after you have worked on it! 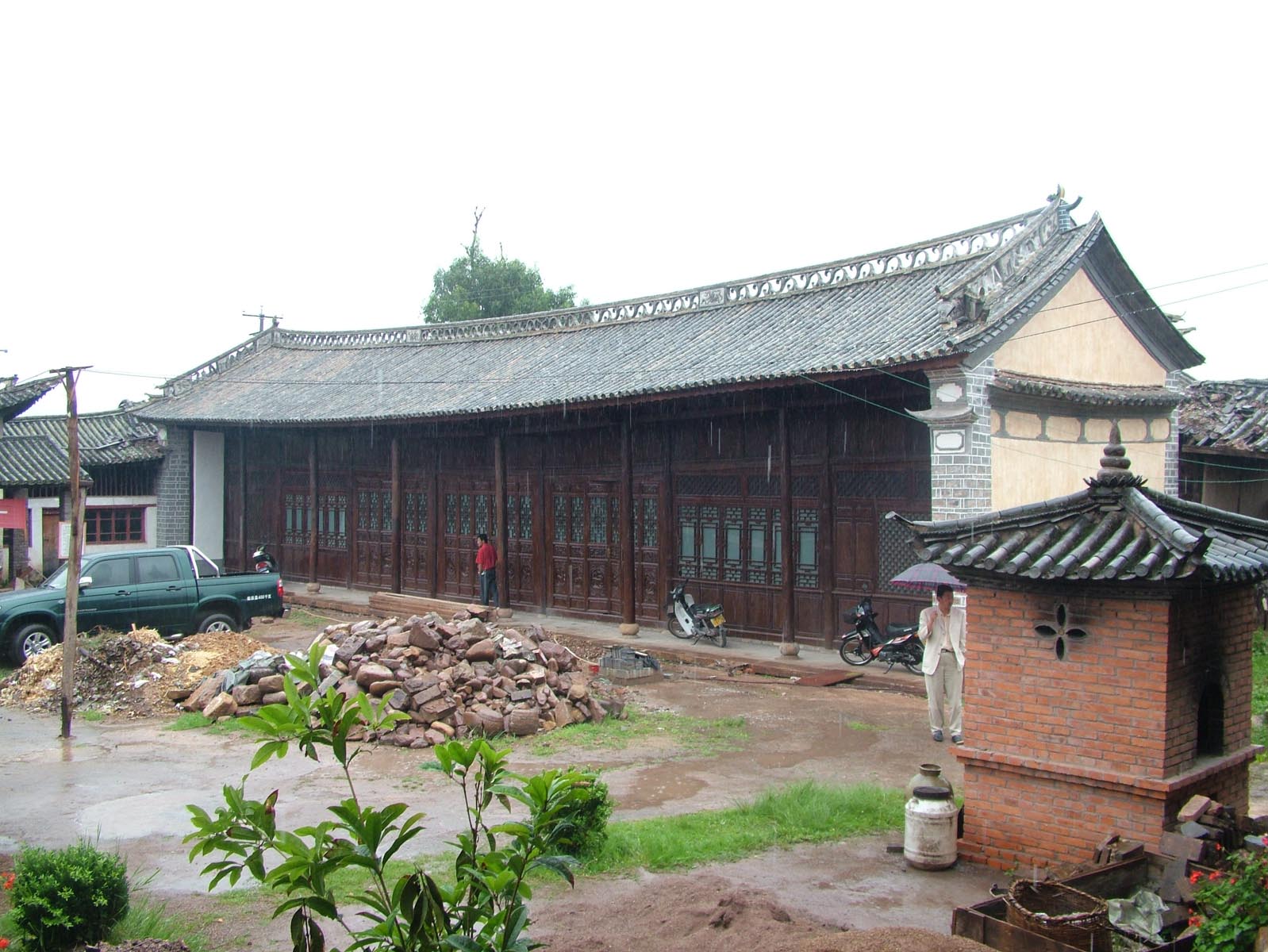 More on Weishan later – and then a report on my eye-opening visit to Pingyao with Global Heritage Fund…. 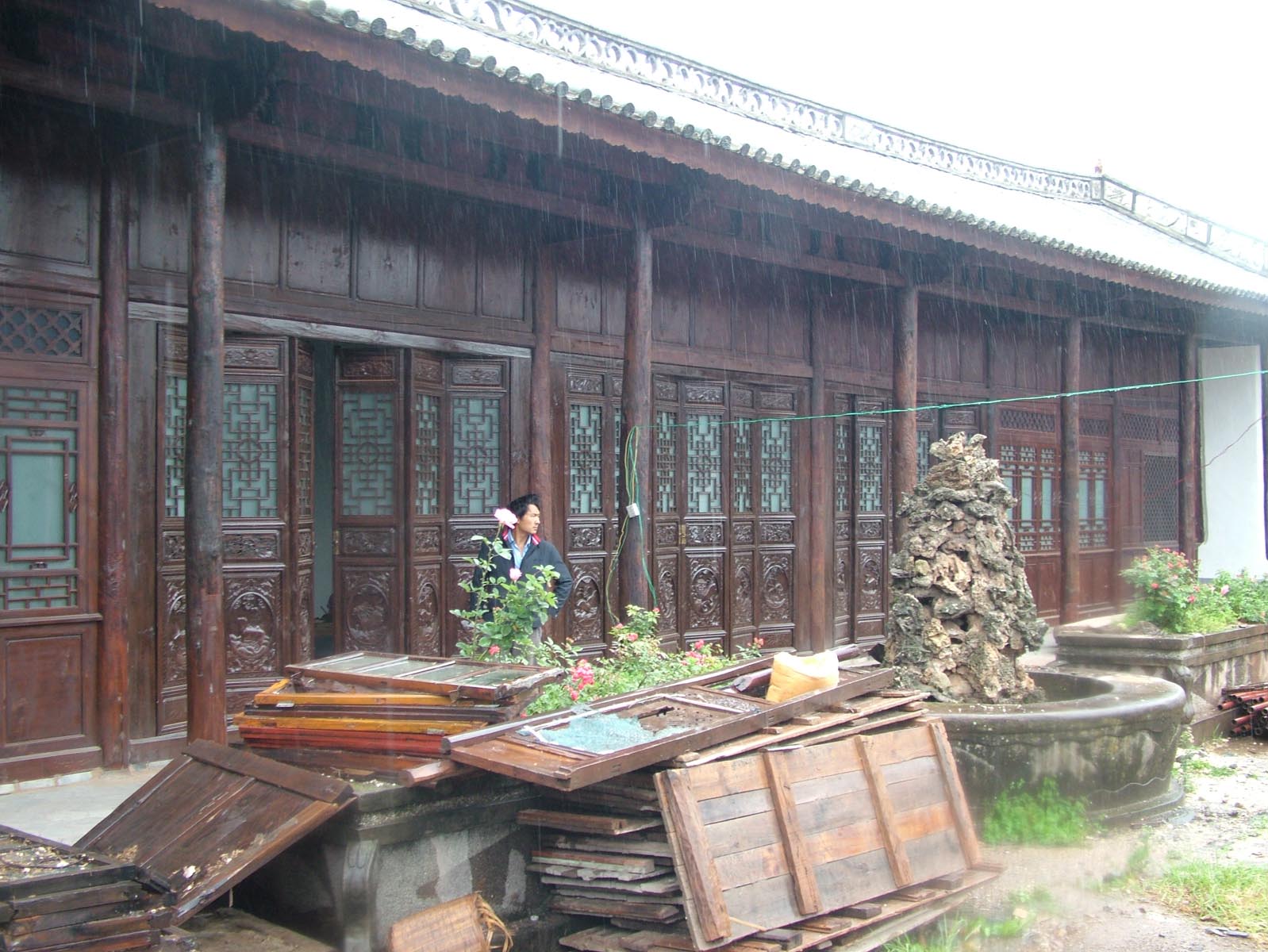 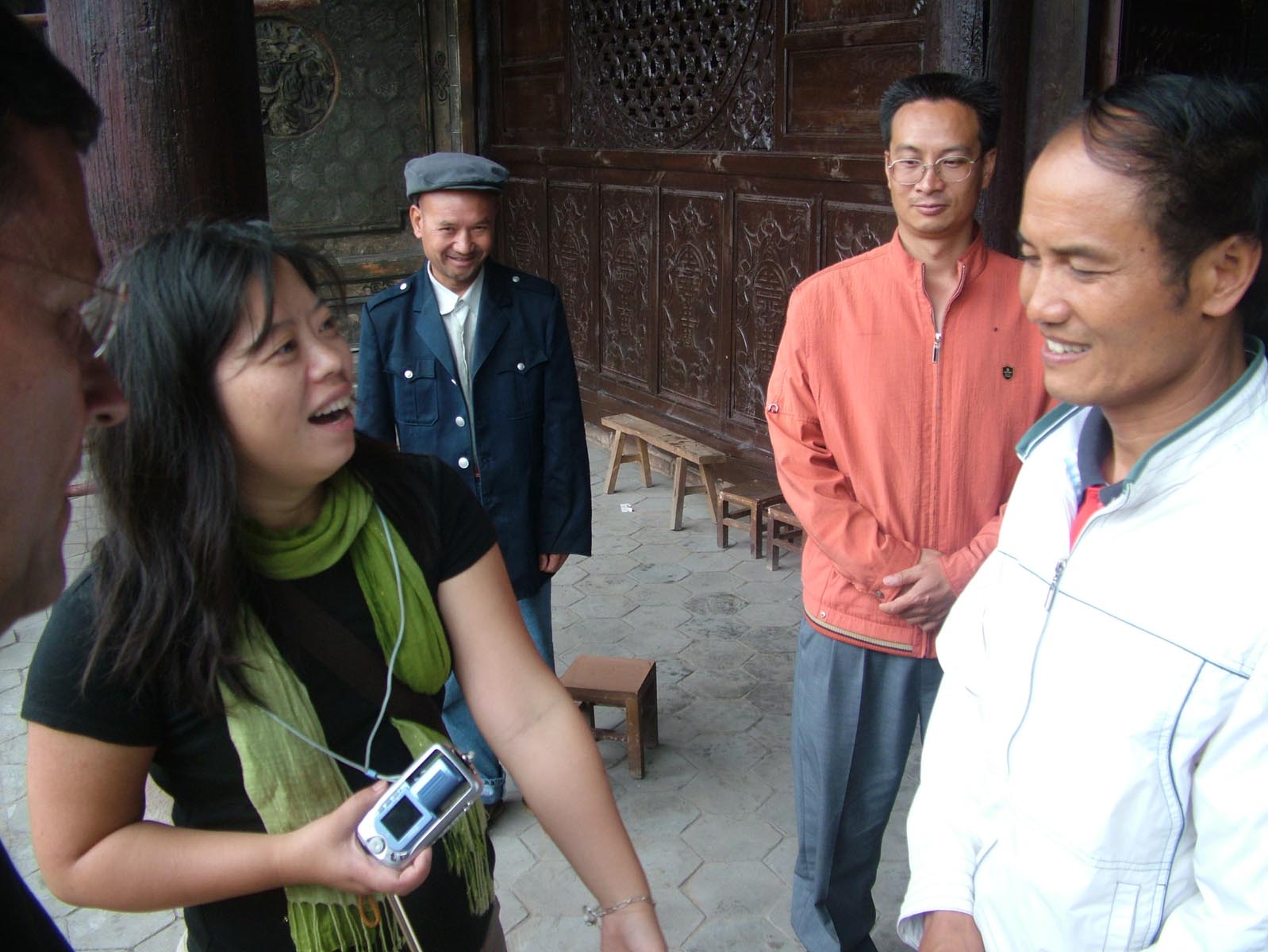 And the side walls with decorative plaster – one rehabbed, one restored – can you tell which? 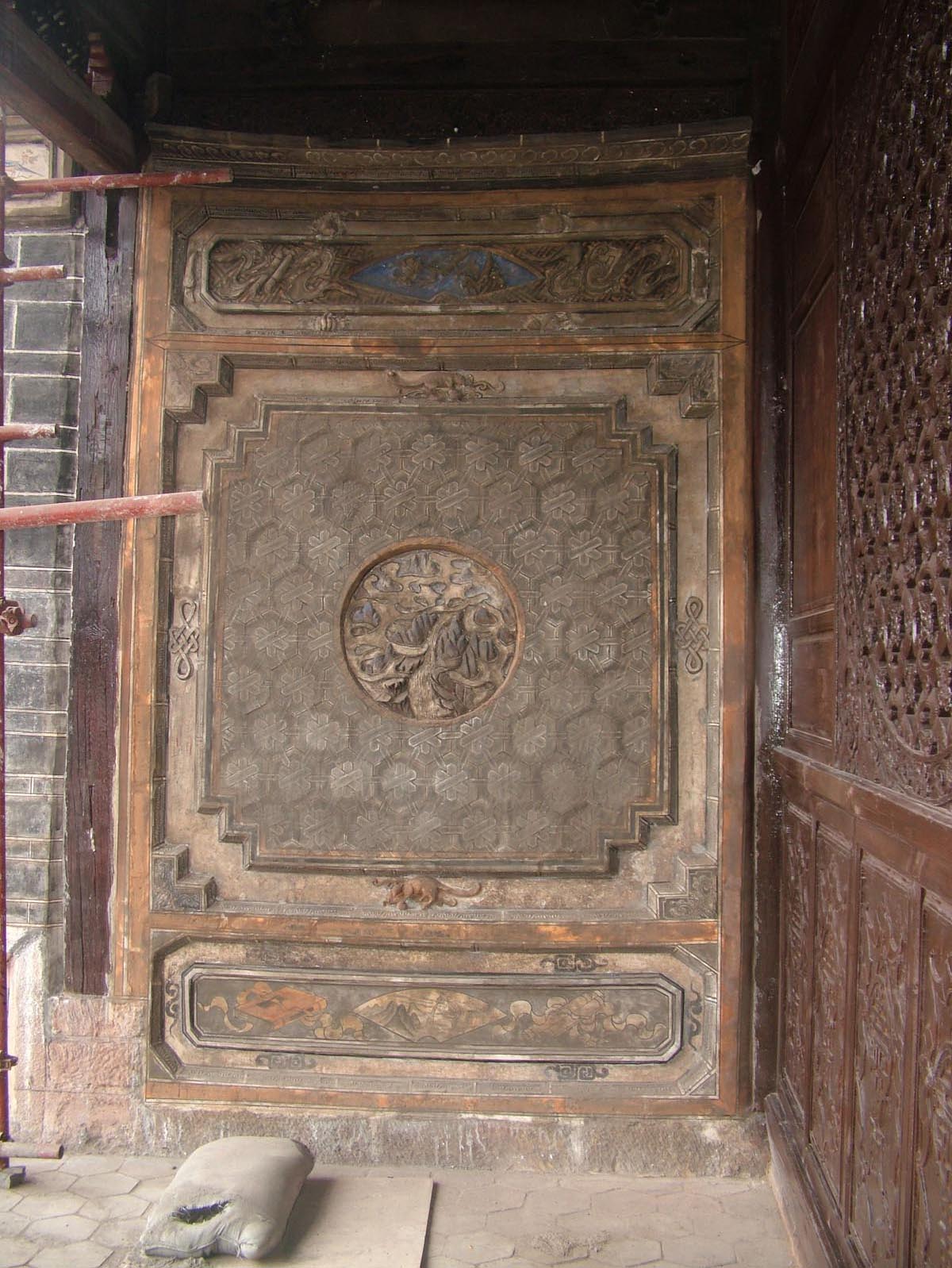 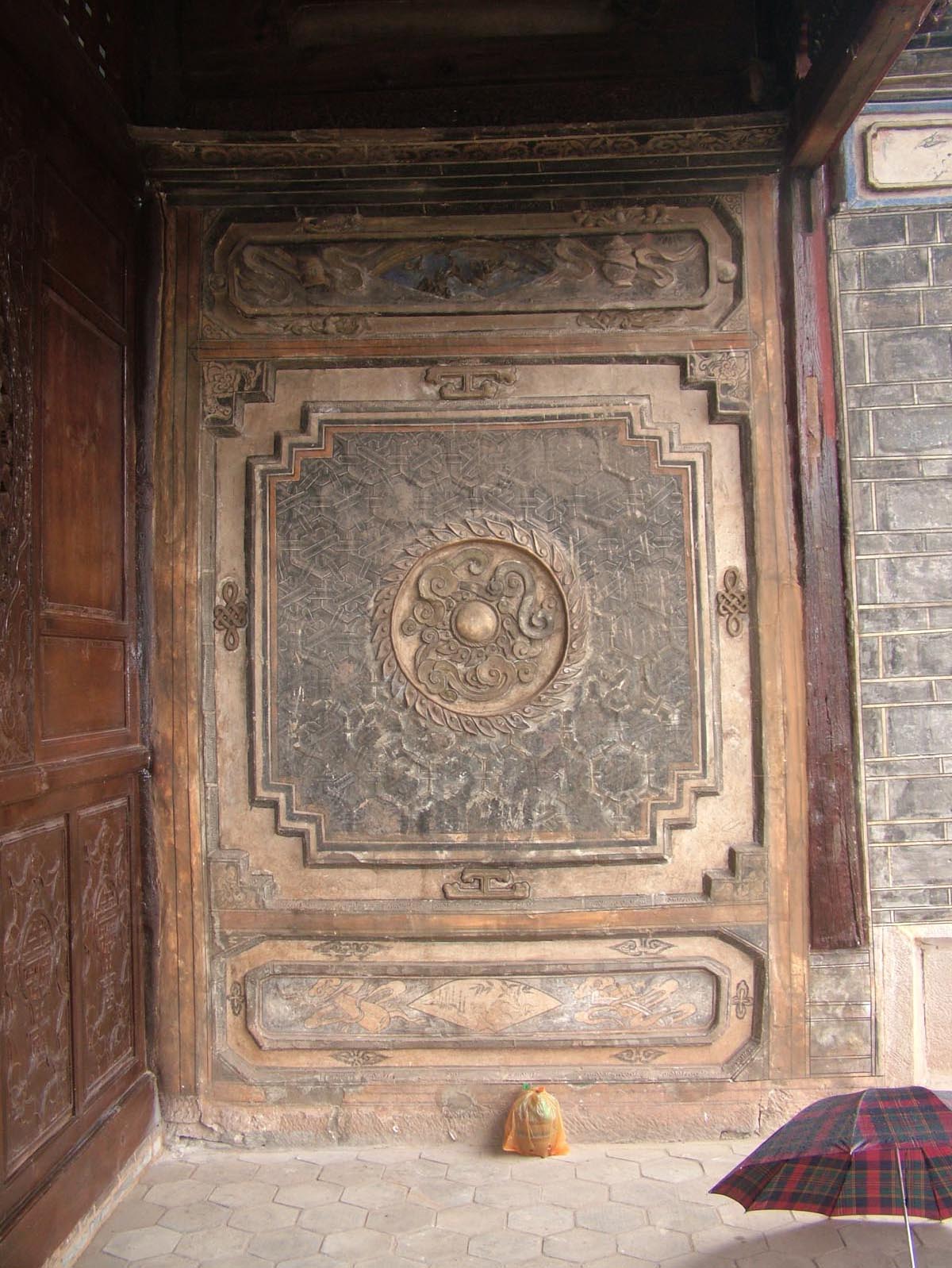