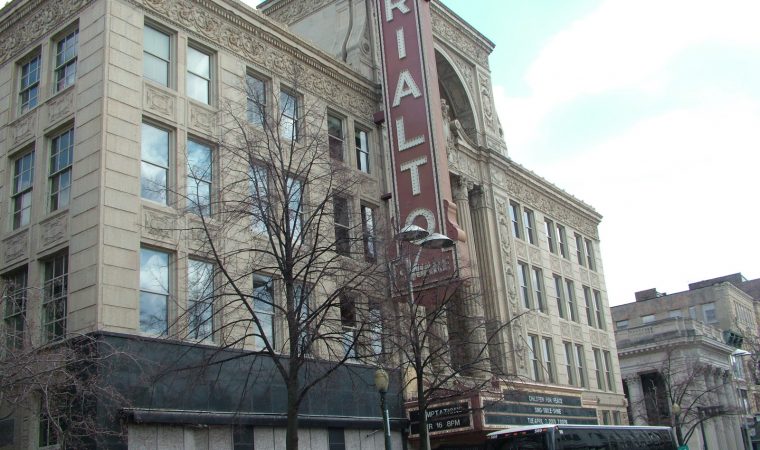 I gave a tour of the I & M Canal National Heritage Corridor on Wednesday – well, half of it, since it is a 100 miles long and you can only do about half of it in a day. We went through Willow Springs, Lemont and then spent time in Lockport and Joliet, visiting OF COURSE the Gaylord Building in Lockport and the Rialto Square Theatre in Joliet. I have been doing this tour for OVER 25 years, so it provided some reflection on how much progress there has been over that period of time, but I also noted – having done the same tour for the Art Institute last summer – how much progress there has been in the last 10 months.

There is now a “Rialto Arts District” featuring three galleries around the Rialto Square Theatre in Joliet. There are even more sculptures and murals in that town (and a few less landmarks). The best change is undoubtedly the reopened Public Landing in Lockport, which provides incredibly great vistas of the Gaylord Building and most importantly, from an interpretive point of view, allows you to see how the Gaylord and Norton buildings functioned during their heyday as transshipment warehouses for grain and goods traveling from farm to canal to market. 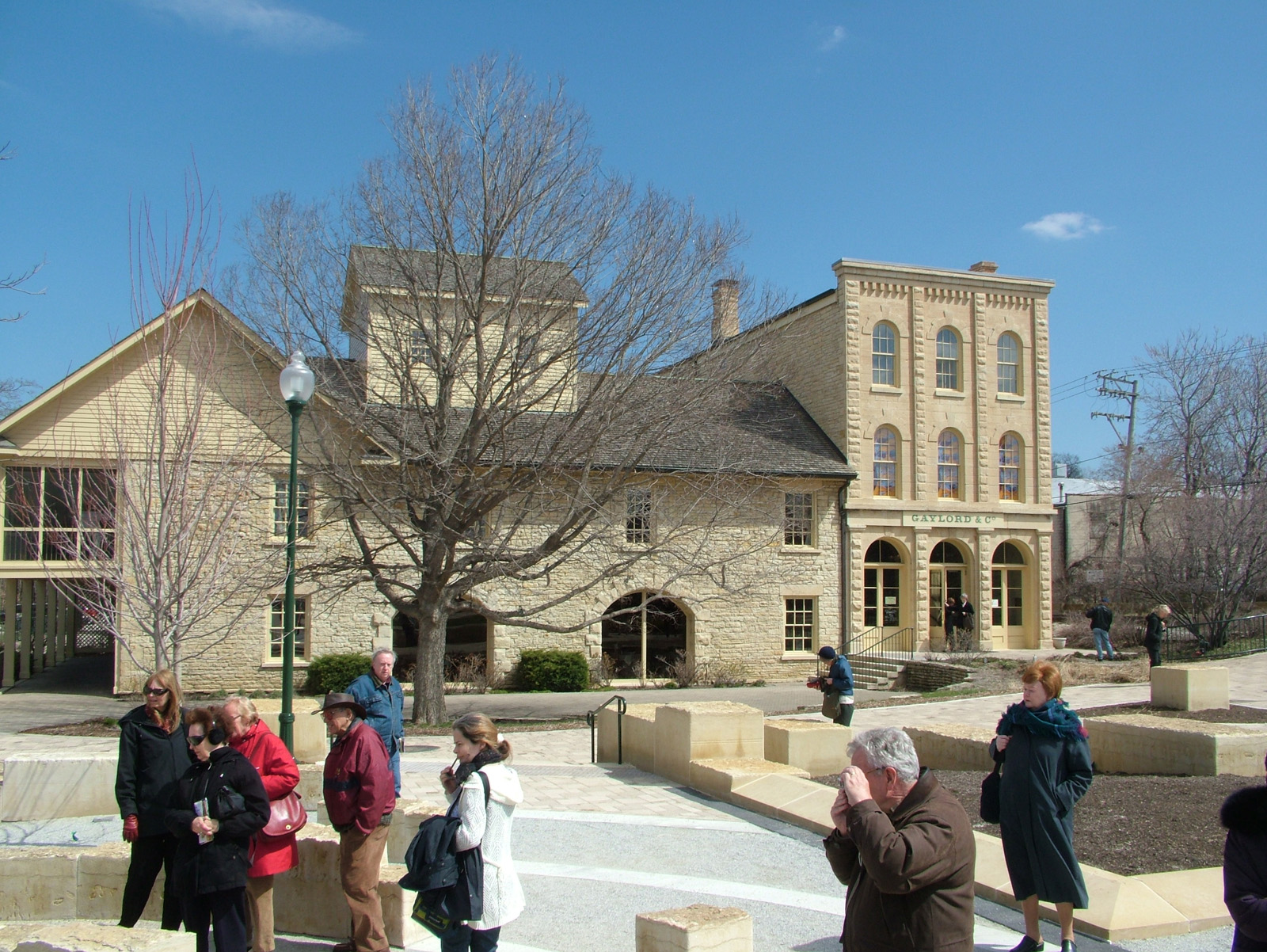 When I first took a tour group along this route in the fall of 1983, the Gaylord Building was a rotting hulk and a fifth of Joliet’s residents were unemployed. I remember how impatient I was in my 20s at the progress of this grand experiment – the I & M Canal National Heritage Corridor – which Jerry Adelmann envisioned. But it has happened. And I’ve gotten older and perhaps less impatient.

Speaking of Jerry, our friend Professor Fan Jianhua of Yunnan will be speaking today at Noon in the 112 S. Michigan Avenue Building about the Architectural Treasures of Weishan. Yunxia “Jingjing” Gao and I will be taking 14 students to Weishan this May to continue work on the preservation of the Weishan Heritage Valley – a national heritage corridor in China which has some roots in Lockport and Jerry’s work. We met with the students Thursday night and they are stoked. Our project will be trying to figure out ways to modernize traditional courtyard homes with modern conveniences, like plumbing. 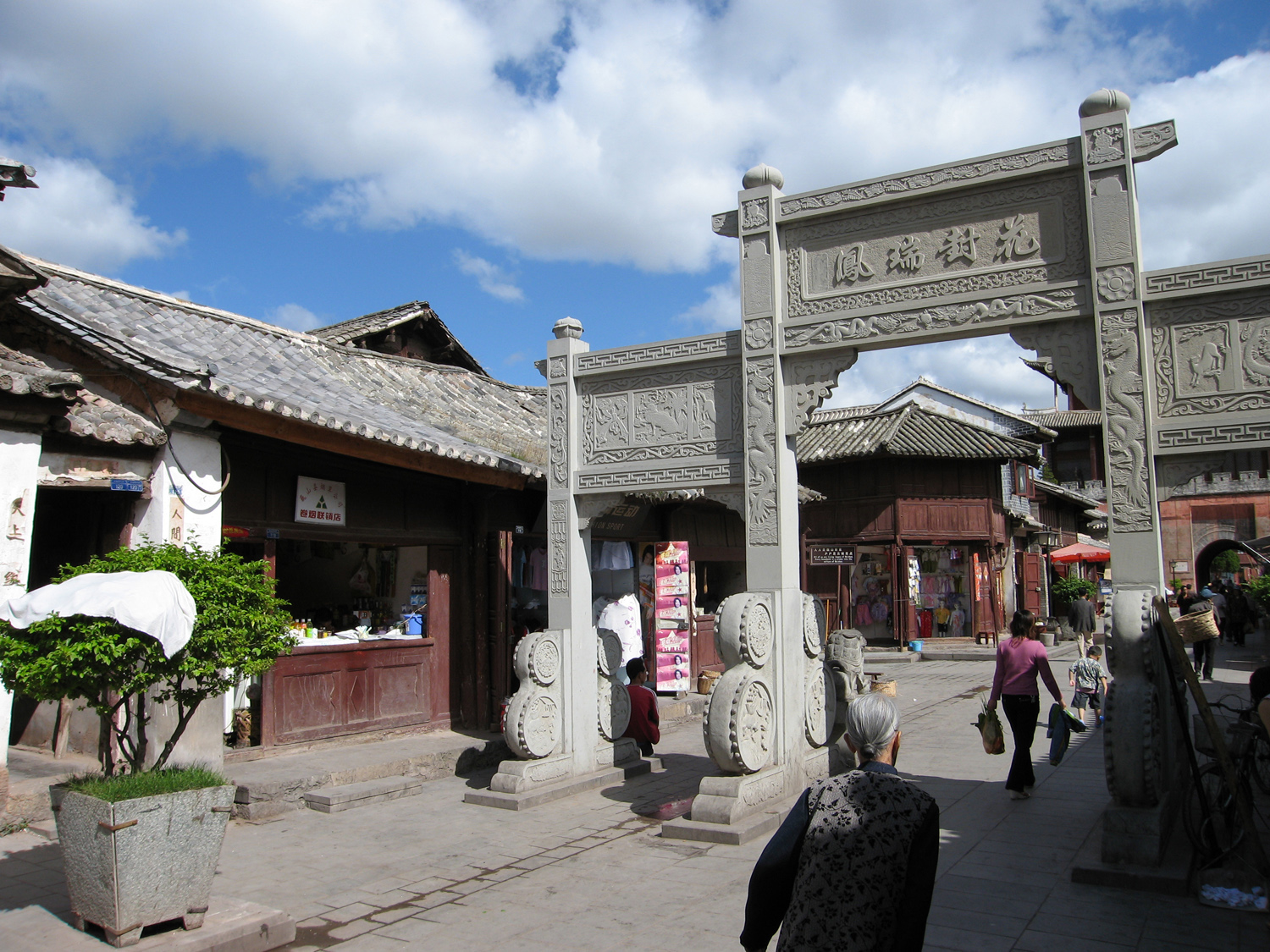 This is a VERY busy semester. I looked at my “to do” list and it had 20 categories – not 20 things to do, 20 CATEGORIES of things to do – like my three classes, my program, my consulting job, my six or seven boards, and all those extras like tours and lectures. more to come….