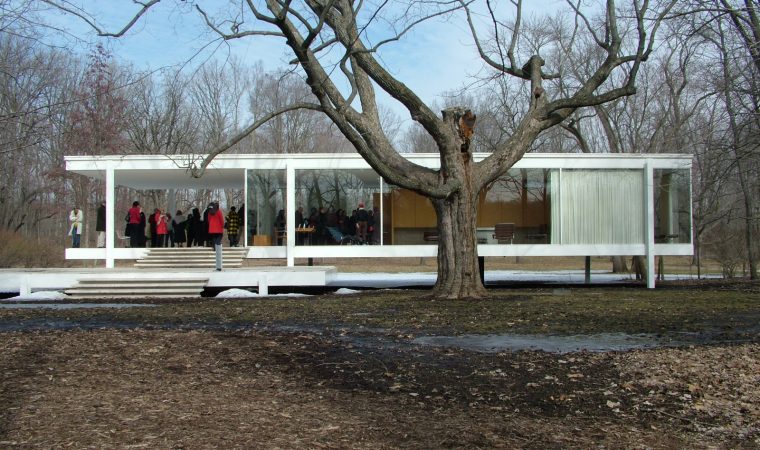 The news officially broke yesterday that Landmarks Illinois would cease to be the operating partner for the Farnsworth House, a National Trust Historic Site and one of the great modernist Ludwig Mies van der Rohe’s most significant buildings. Landmarks Illinois joined John Bryan and the National Trust in buying the Farnsworth House at Sotheby’s auction house in December, 2003, thus saving it from a potentially devastating move away from its riverine location in Plano, Illinois.

In 2003, the National Trust was already well aware of the problems associated with operating house museums, having held a conference entitled “Are There Too Many House Museums” 18 months earlier. The historic significance of this conference has only swelled in the ensuing seven years, although arguably the Fox River has swelled even more, coming within inches of the house in 2007 and inundating it in 2008, a mere 12 years after the last 100-year flood. Here’s the wardrobe, where you can see the flood damage – and this is only a 12-year old replacement from 1996. 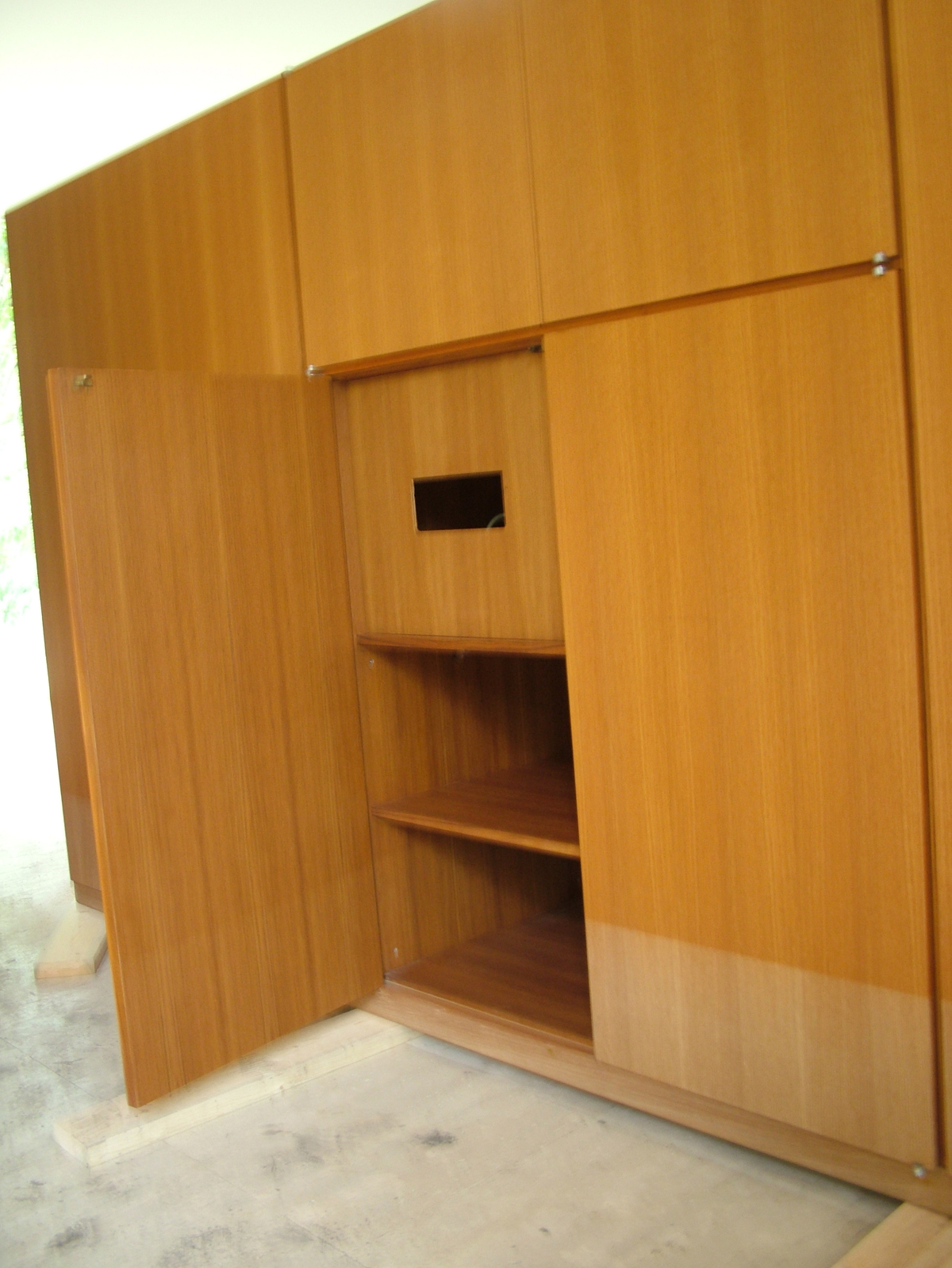 The added hassle and expense of major repairs occasioned by the floods and by ongoing issues stemming from its age and design led Landmarks Illinois to cut ties after having set up a solid operating procedure and staff, while still losing money. The National Trust, created by Congress in the 1940s for the express purpose of operating house museums, is the acknowledged leader on the issue. Which is why it was the first to ask that key question “Are There Too Many House Museums” and why it has a broad base (some 30 sites) for understanding the issues involved. (Full disclosure – I have been on the boards of both organizations for the last few years.) 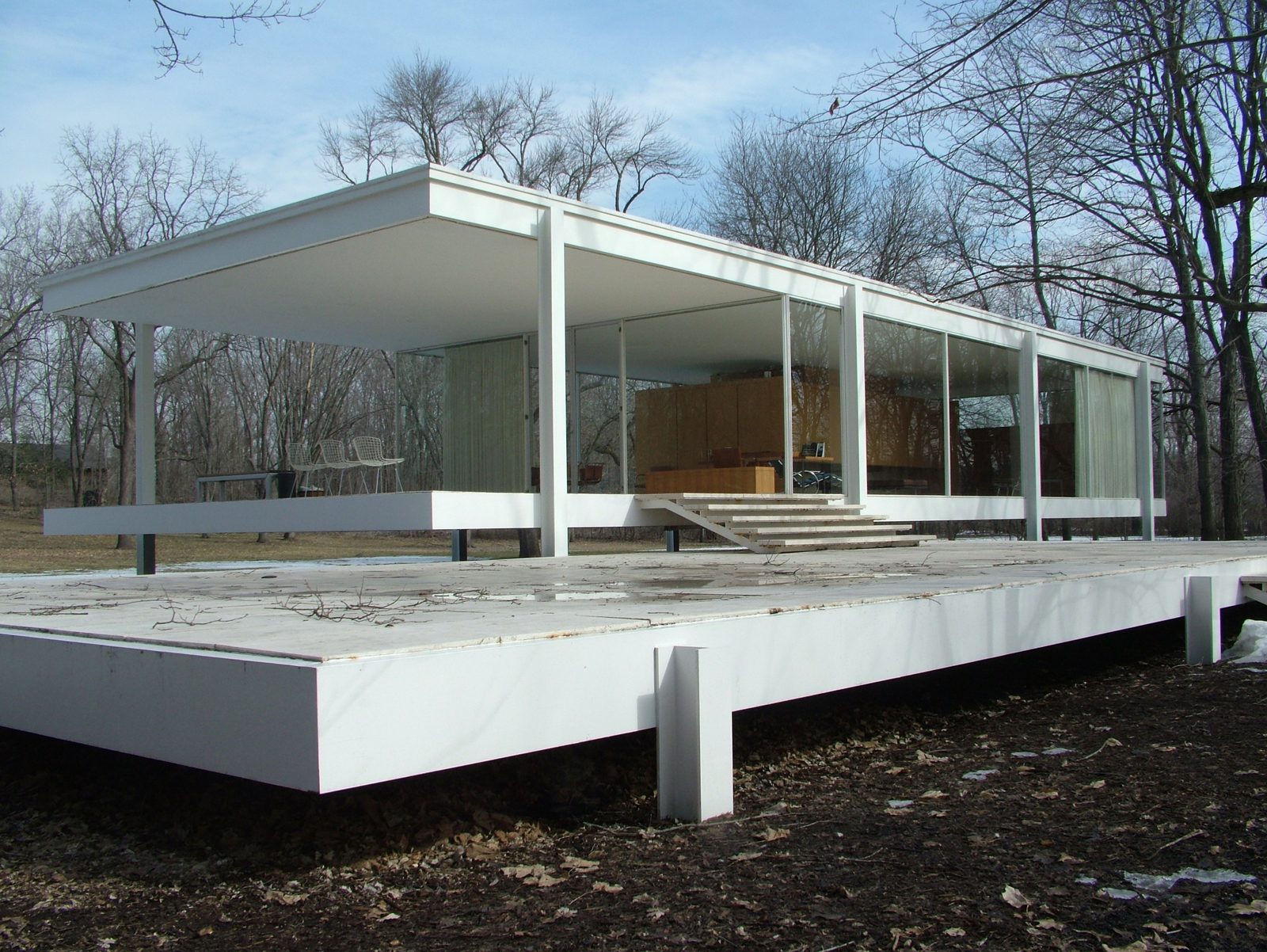 Make no mistake: The Farnsworth House is fantastic. There are many buildings in this world I knew first through photographs and then was disappointed when I saw them live. Farnsworth is not one of them – seeing it for real was a revelation, as all great art is when you encounter it. Many more eloquent people have written about it so suffice to say it is a perfect Greek temple. I will take 100 people there next week on two tours and it is definitely worth the hour’s drive from Chicago and more. 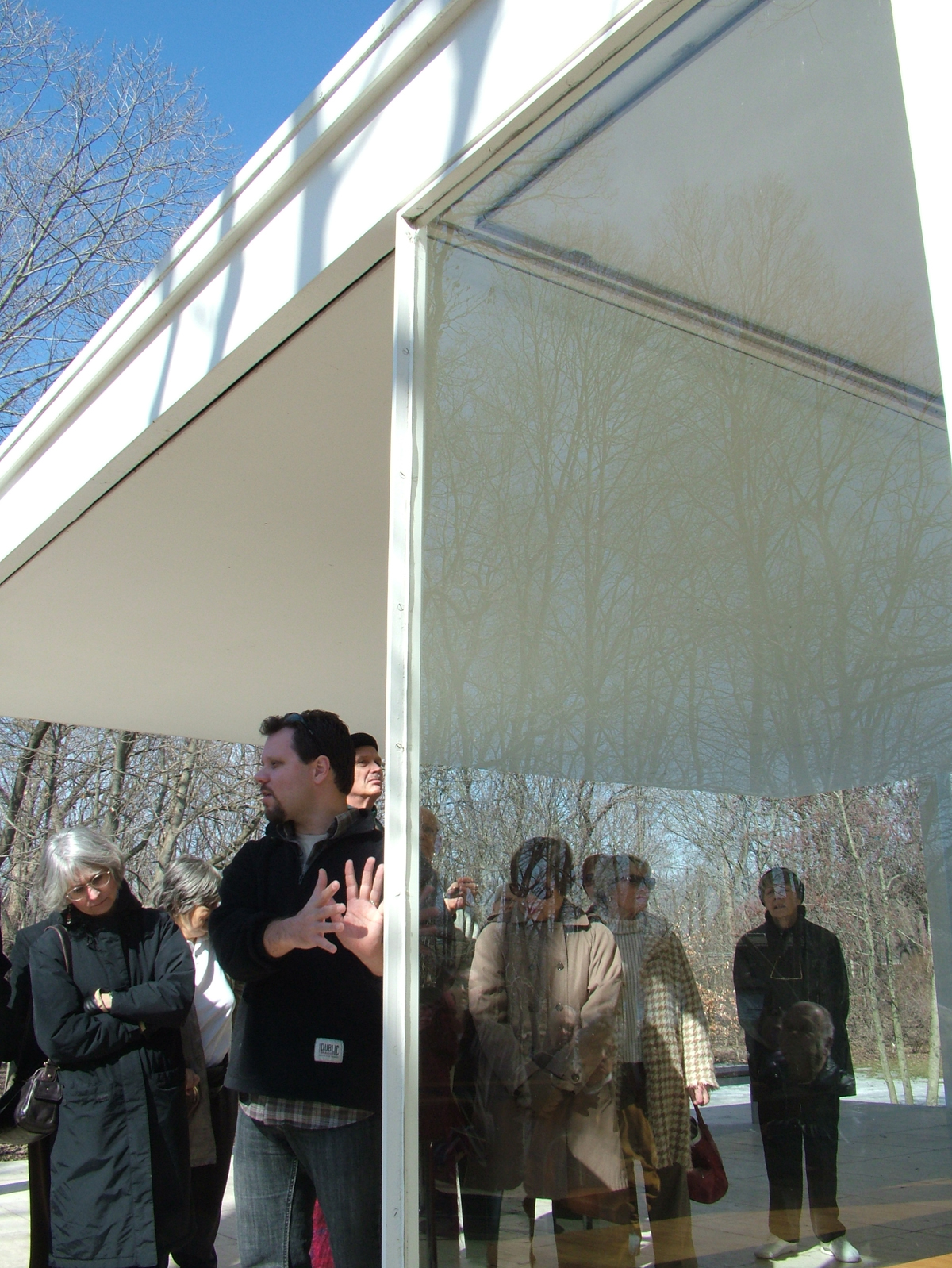 But the Farnsworth House – like most National Trust sites – is an exception. The United States is full of house museums, most of them run by local historical societies, most of which were formed for the express initial purpose of saving the house of a community founder or other early architectural and historical landmark. 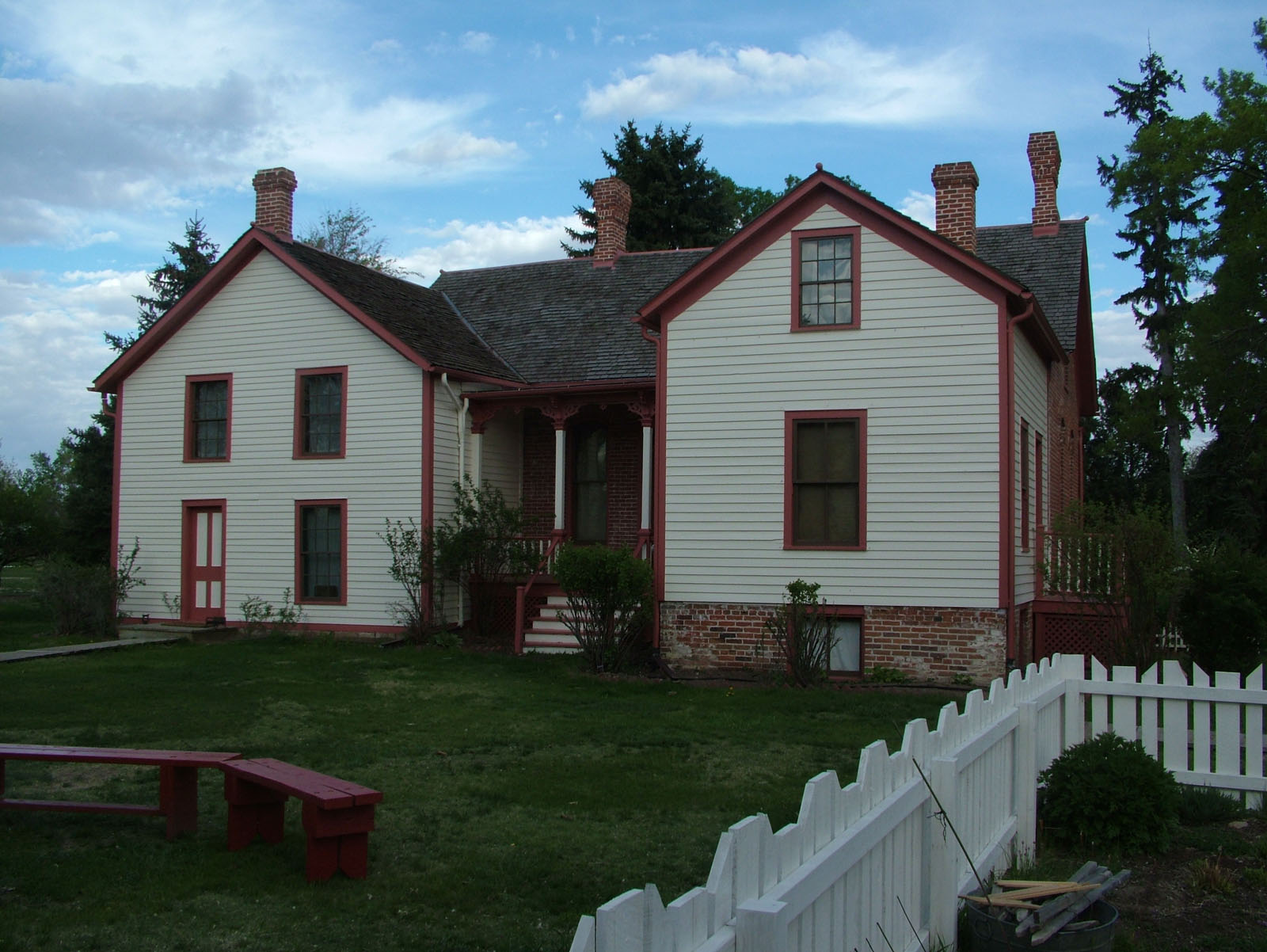 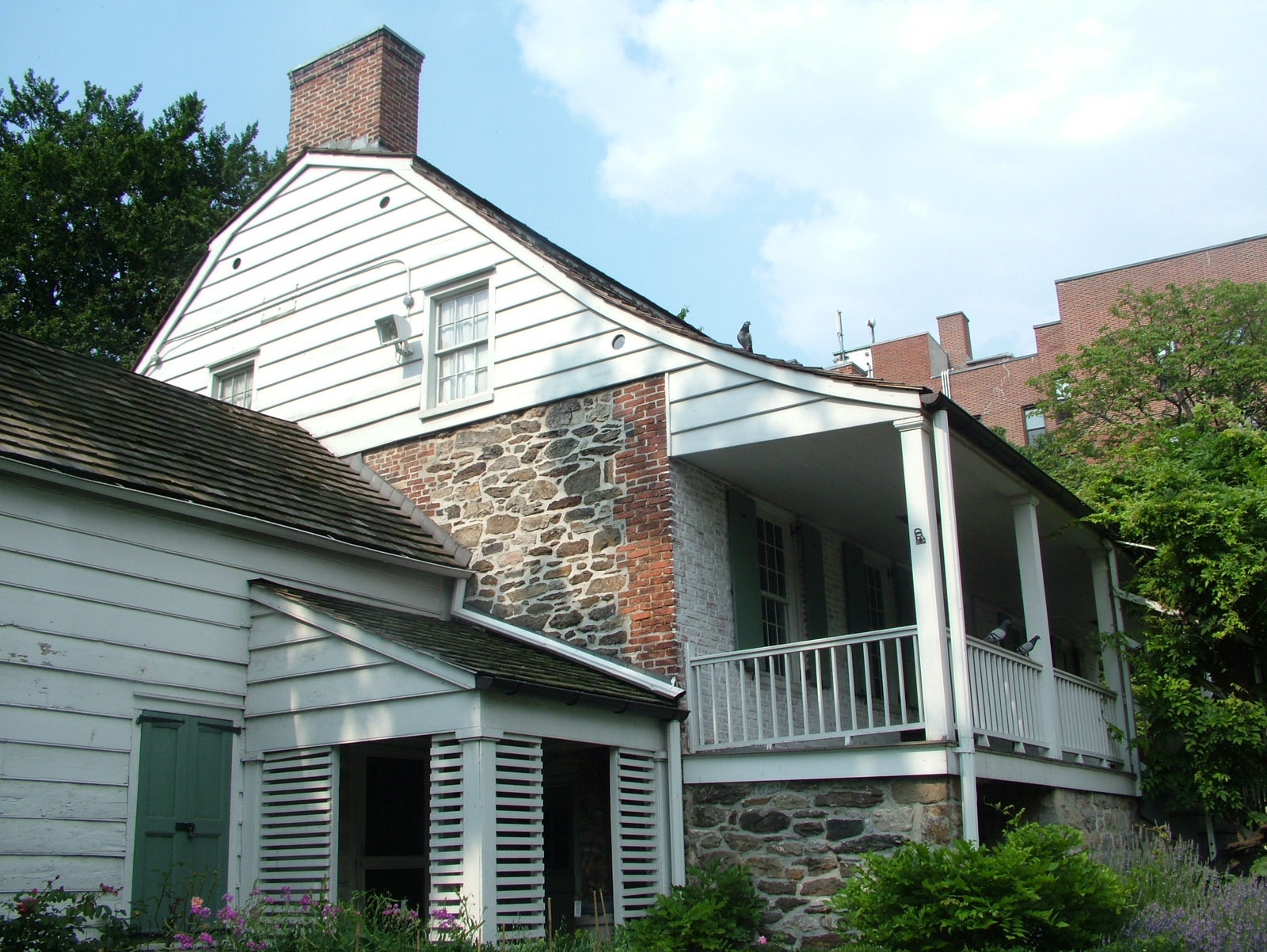 I like these places. I like to visit them and I have also been impressed with how so many of them have done more creative interpretation in recent years. One of our favorite phrases at the National Trust is “beyond the velvet ropes,” which is to say house museums need to break out of the old museum box, take some curatorial risks and become more interactive and dynamic. The reason is obvious. If the velvet ropes stay where they are, you visit the house with your fourth-grade class and then YOU NEVER GO BACK AGAIN because you have already seen it. 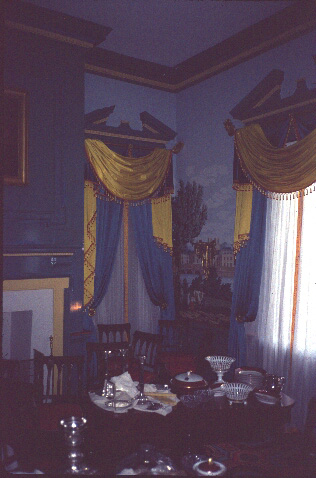 The problem is a basic economic one. To run a museum – especially a house museum – you need some source to cover about 80 percent of operating costs. When the National Trust did a survey several years ago they found that the average house museum took in $8 per visitor and spent nearly $40 per visitor. That means that admissions covered about 20 percent of costs. I have done a little research on this issue and guess what – it was always like that. It was like that in the 1910s when William Sumner Appleton preserved houses for the Society for the Preservation of New England Antiquities and funded 80 percent of operations himself. It was like that in 1920s Charleston when a similar society purchased the Manigault House in order to save it – and had to buy it again, twice, within ten years until a major benefactor was found. It was like that when the Chicago School of Architecture Foundation bought the Glessner House in 1966 and basically leased office space in the building and started a docent tour program to subsidize the costs. 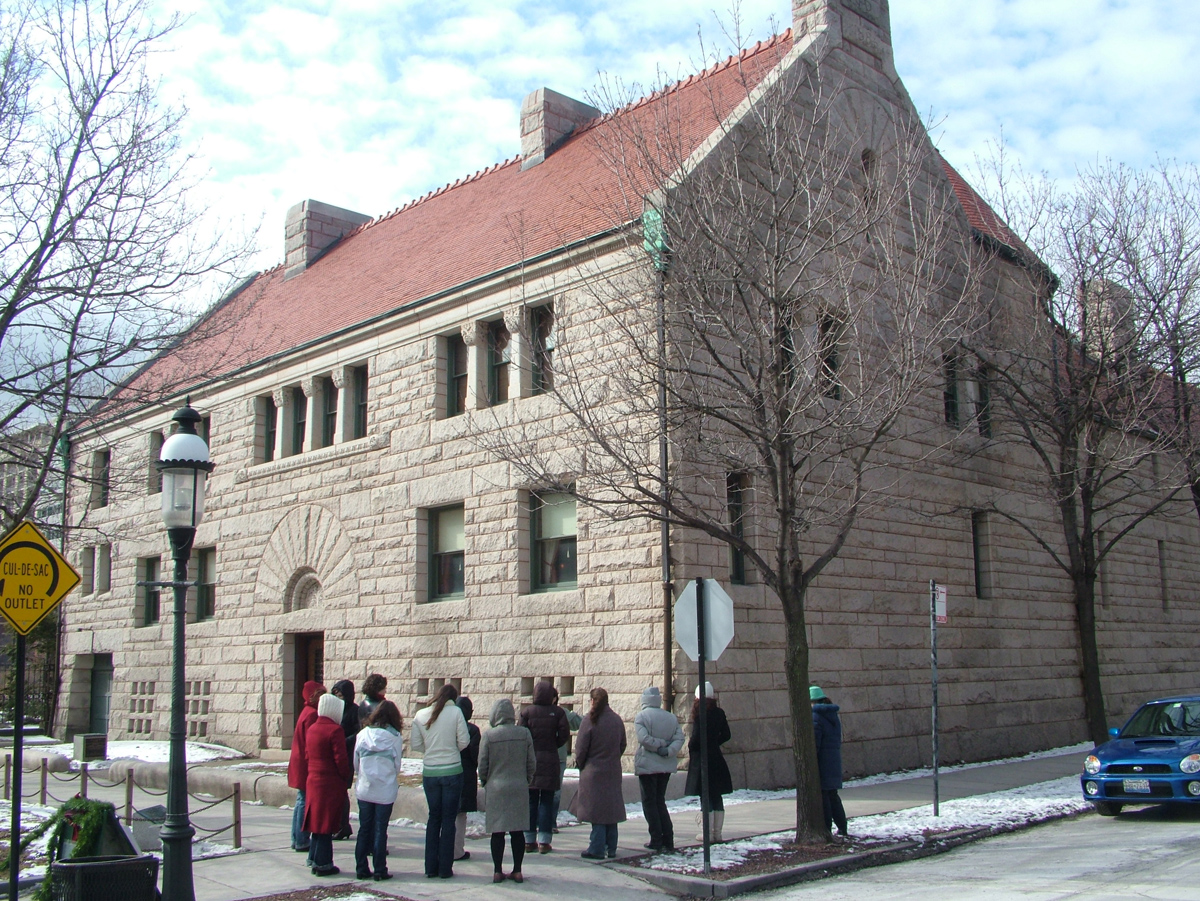 Most historic house museums are a fiscal nightmare. Which ones do well, or at least survive? There are several models. One is to have an endowment which can cover a certain percentage of annual operating costs, and many sites have this. Another is to have an income-producing property, which we have at the Gaylord Building. Another is to raise the volume of tourism to such a high level that it can provide more than 20 percent of operating, which they do at Fallingwater. Another is to raise the admission prices high enough to cover the costs. This can work at world famous sites, but it patently won’t work at local historical societies whose purpose is to save the building for the people. Another is to have a successful gift shop, a source of income the Frank Lloyd Wright sites have had good fortune with, and of course this is also the model many traditional museums use to make ends meet. 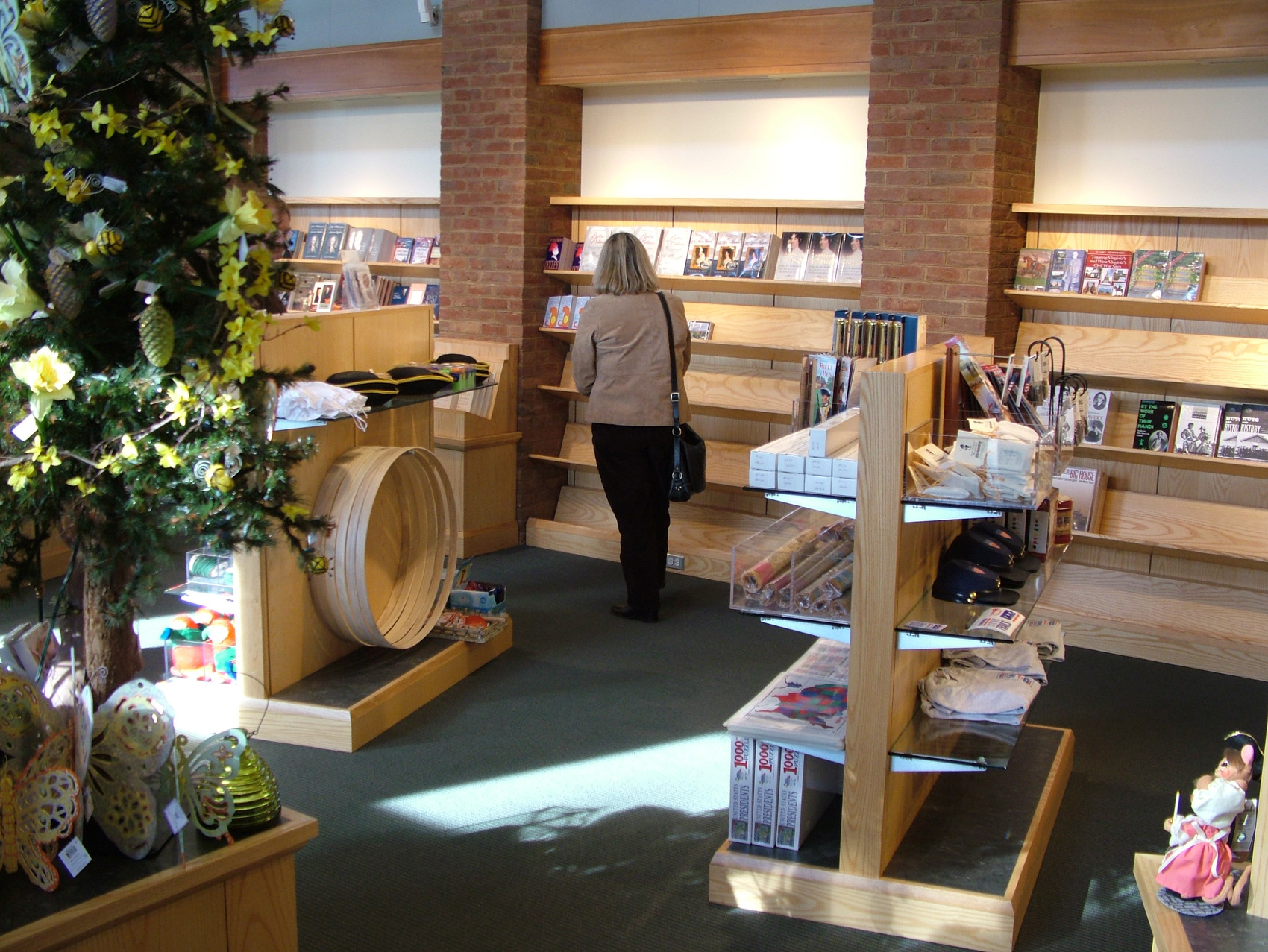 Another model is the one no one wants to talk about but is becoming increasingly necessary in order to preserve these buildings: put them back in private hands. The fact of the matter is that the economics of a home and economics of a public facility are completely different – people make economically unjustifiable decisions about spending money on their homes all the time – just look out of the airplane window at all of the swimming pools. Private owners also mean less wear and tear on historic fabric. Fallingwater spent many millions correcting deflection of its slabs and acknowledges it will need to do so again before long due to the volume of tourists. 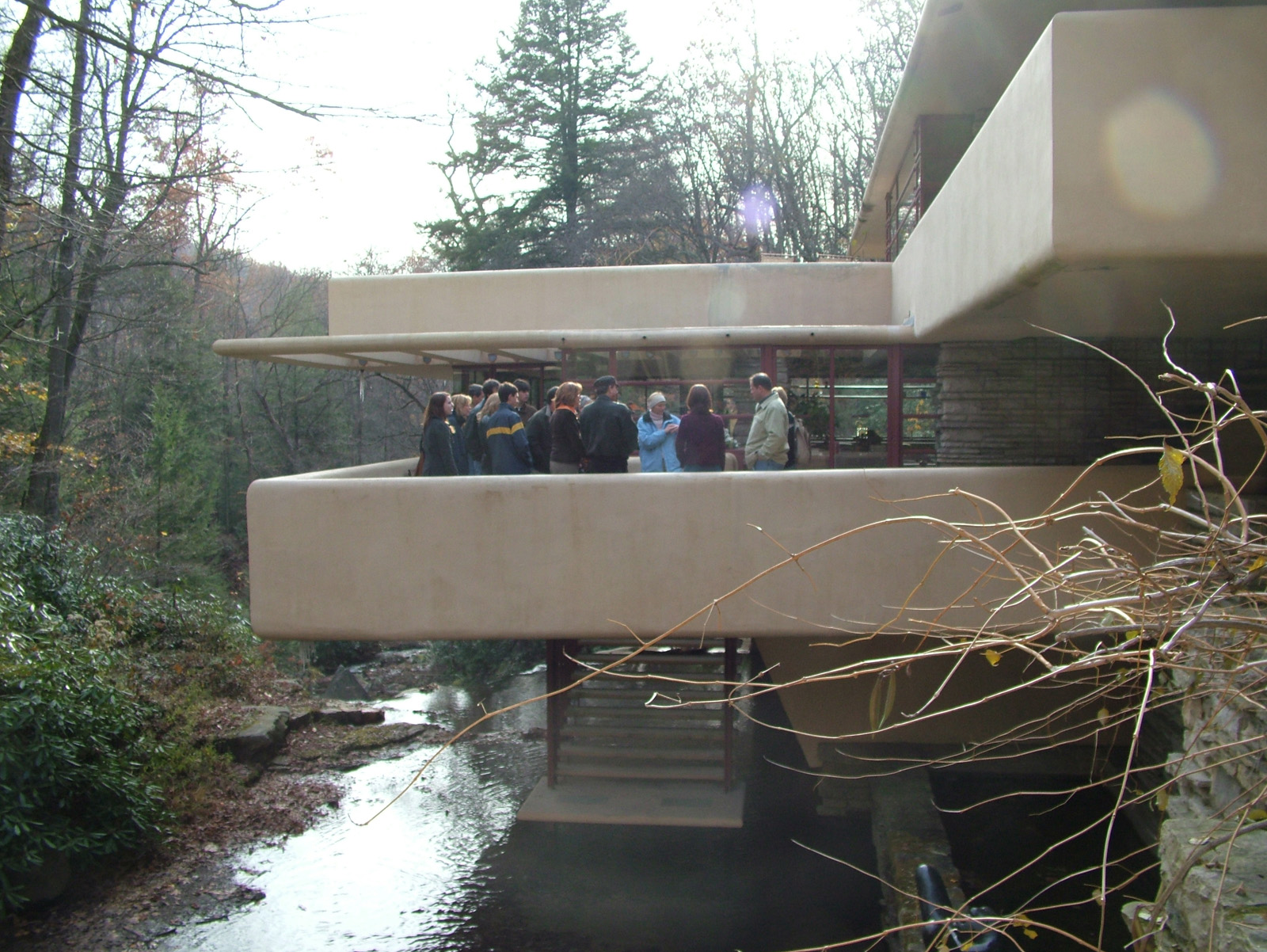 I was an early advocate of a private owner saving the River Forest Women’s Club because it was clear no public owner had the money to restore it after many years of deferred maintenance. The problem with private ownership is that it defeats the basic impulse of having everyone appreciate the house, although in many cases the properties are made available to the public on a limited or annual basis, in events like Oak Park’s Wright Plus every May. Most properties covered by preservation easements are private, but the easements require some sort of token annual opening to the public, which is common on community and neighborhood house and garden walks. I remember being in Pontefract, Yorkshire in the 1990s and having the good fortune of being there the only day of the year the Hermitage was open, so we were able to descend this 60-foot spiral staircase into the earth and see it. Public ownership is also of course subject to public monies – witness the indefinite closing of a dozen Illinois historic sites last year, or the drastic reduction in opening hours that has affected other sites. Sometimes once a year is a lot. 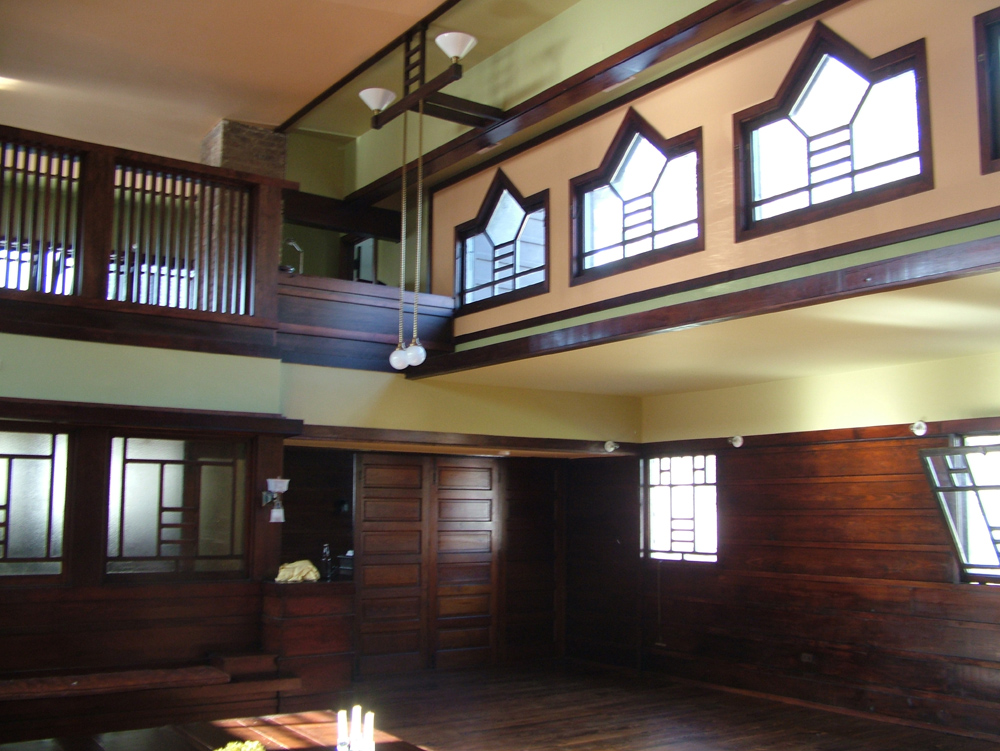 By far the most exciting model for making a house museum economically viable is the one that Hull House in Chicago and Brucemore in Cedar Rapids have used: become the center of the community, a place where things are always changing, always interesting, and always interactive. To do this requires discarding curatorial imperatives or at least finding space for dynamic interaction with the public. It also requires an uncommon leadership ability and uncommon creativity. 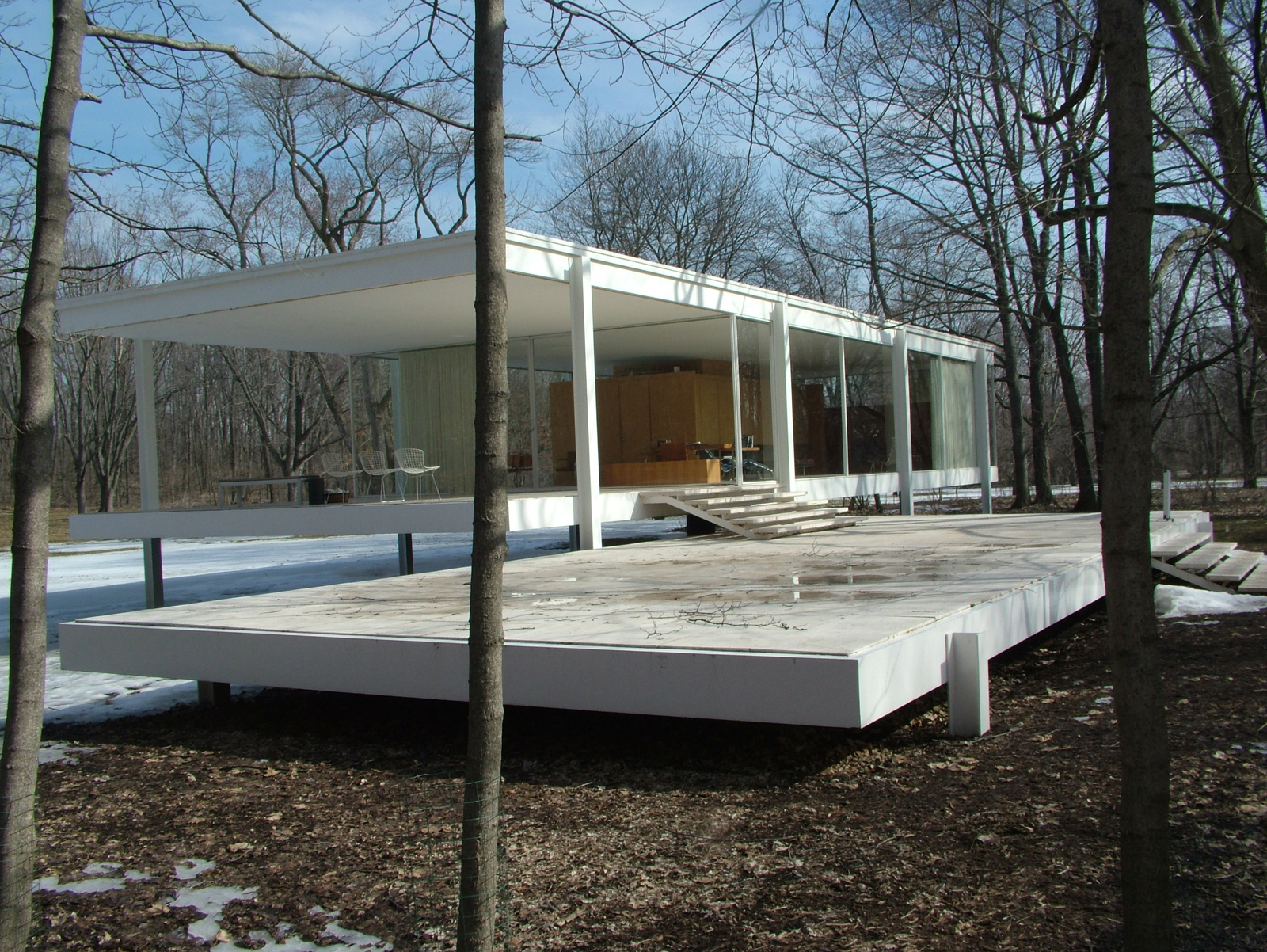