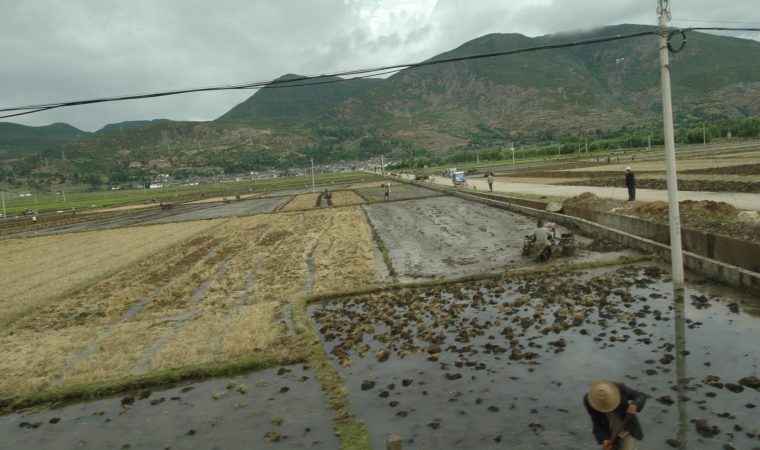 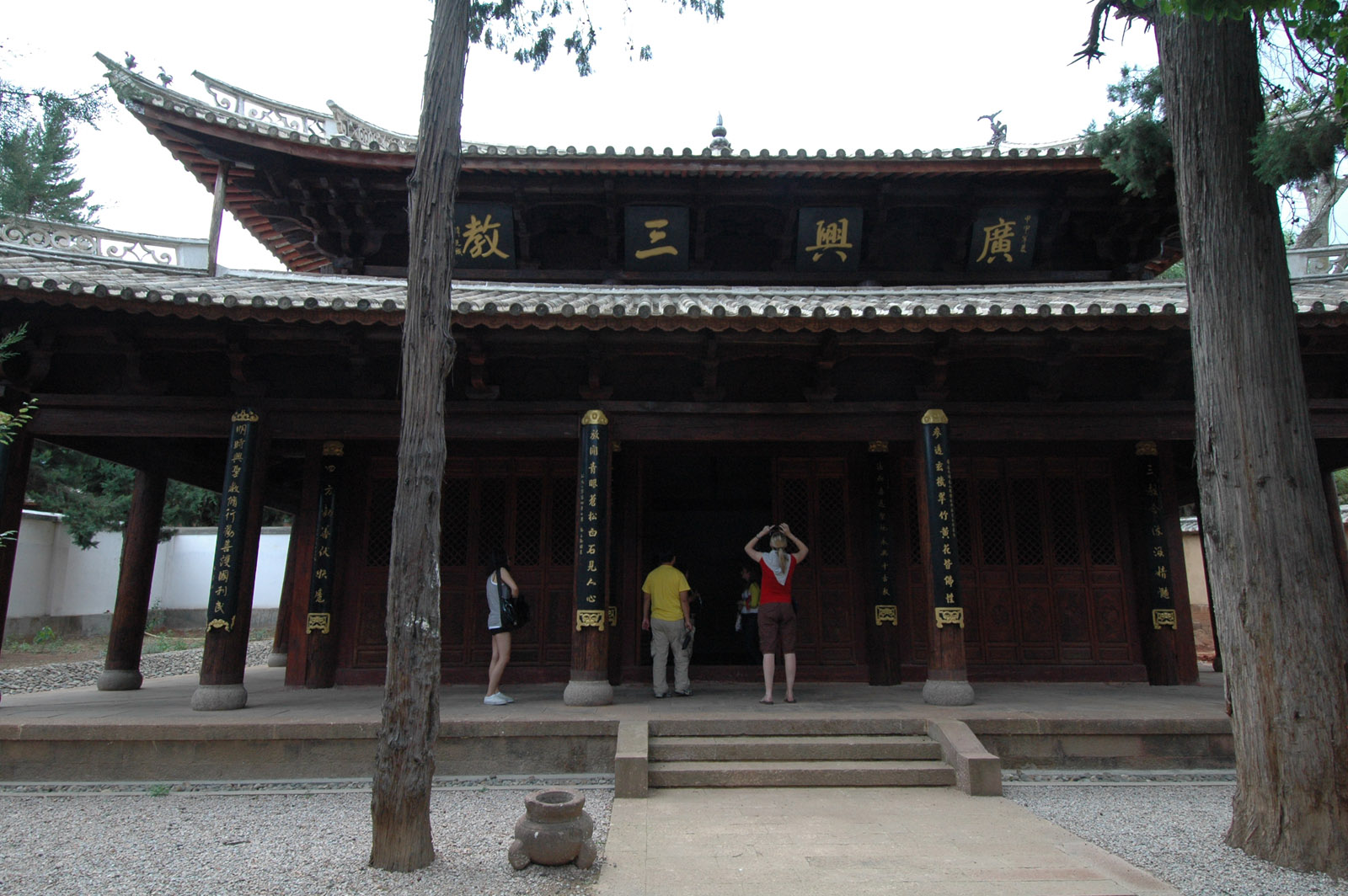 But you have to see the duogong – see, basically as the Ming became Qing the duogong became less functional and more decorative and they got smaller and more elaborate. 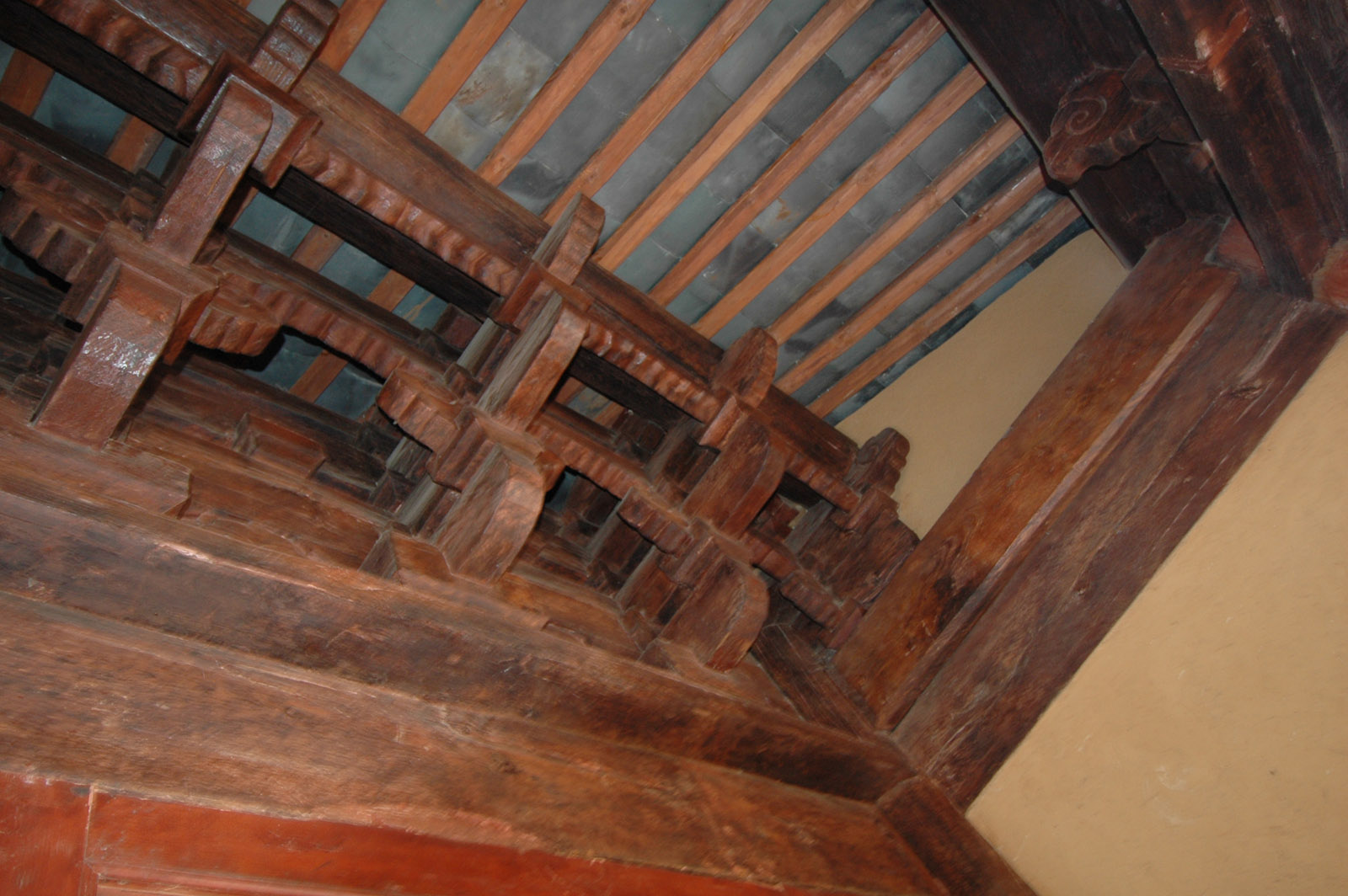 These are robust duogong, to be sure. One of the challenges in China is that each dynasty – except the Qing (17th-early 20th centuries) – destroyed most of the stuff from the previous dynasty. The Cultural Revolution in the 1960s and 70s was sort of a modern version of the iconoclasm that cycles regularly throughout Chinese history. Thus Foguangsi on Wu Tai shan in Shanxi is one of the oldest temples left in the whole country, dating from the late 9th century and it was just named a World Heritage Site thanks to my friends at the Global Heritage Fund. But for Yunnan, the temples at Shaxi are pretty impressive, as is the restored theatre and central square, sideng. 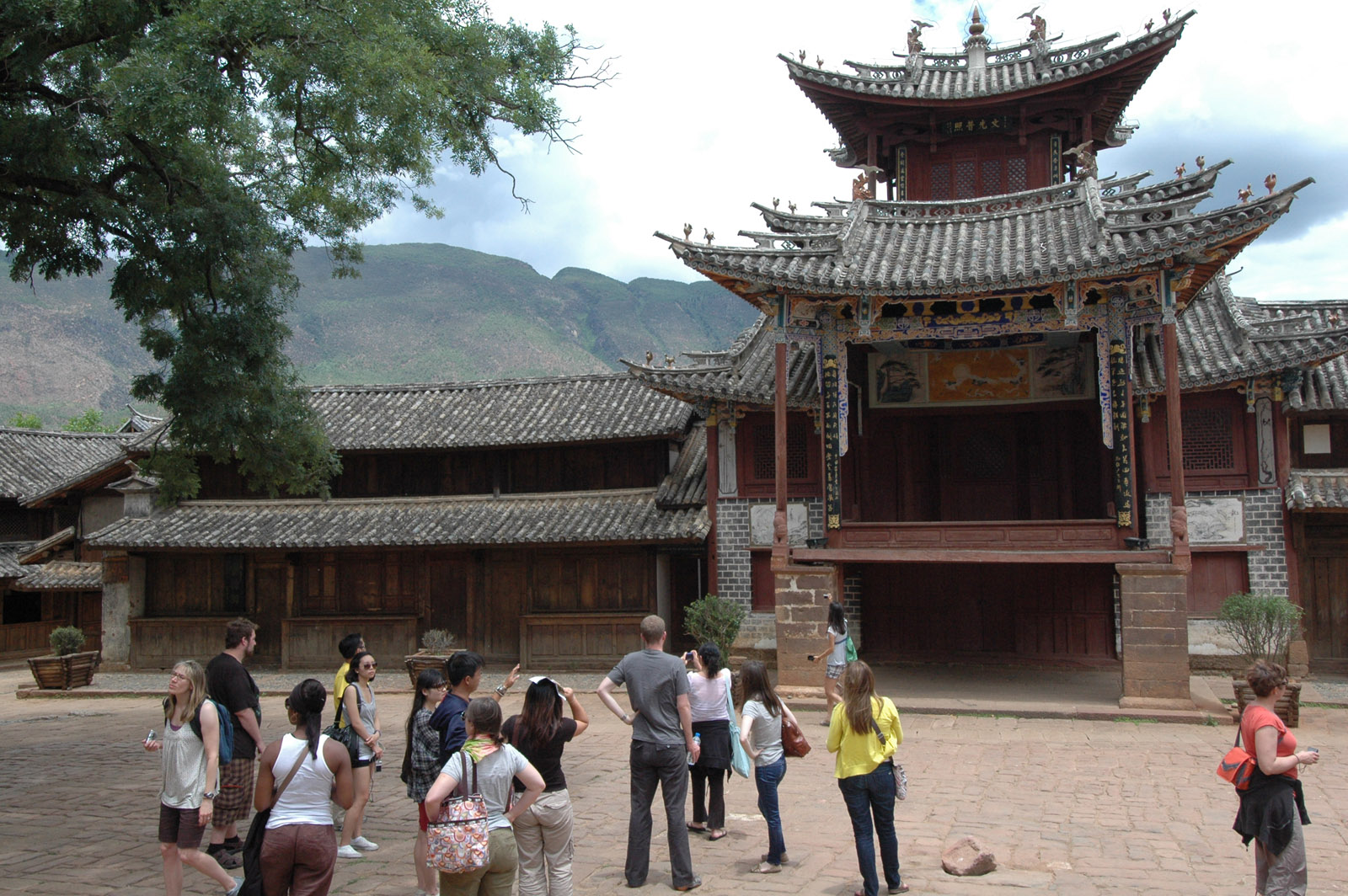 The town also has a series of gate, picturesque narrow lanes and a lovely old stone bridge over the river. 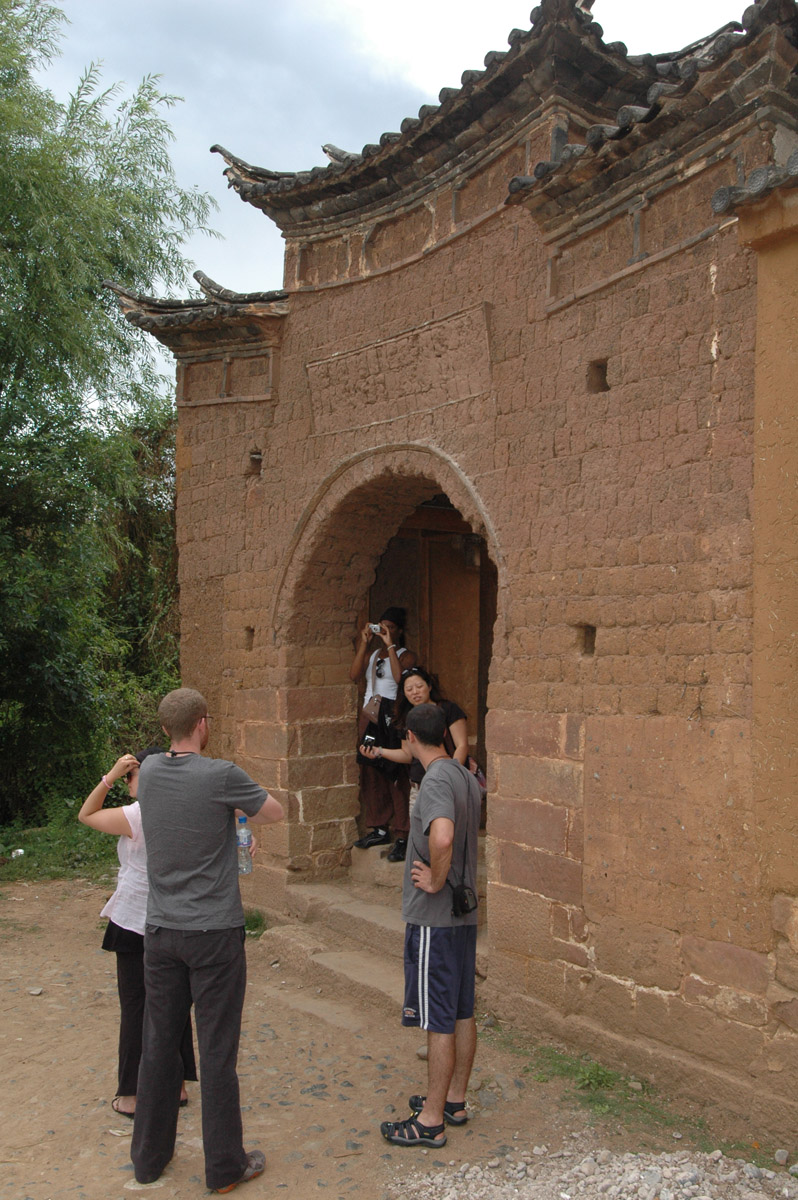 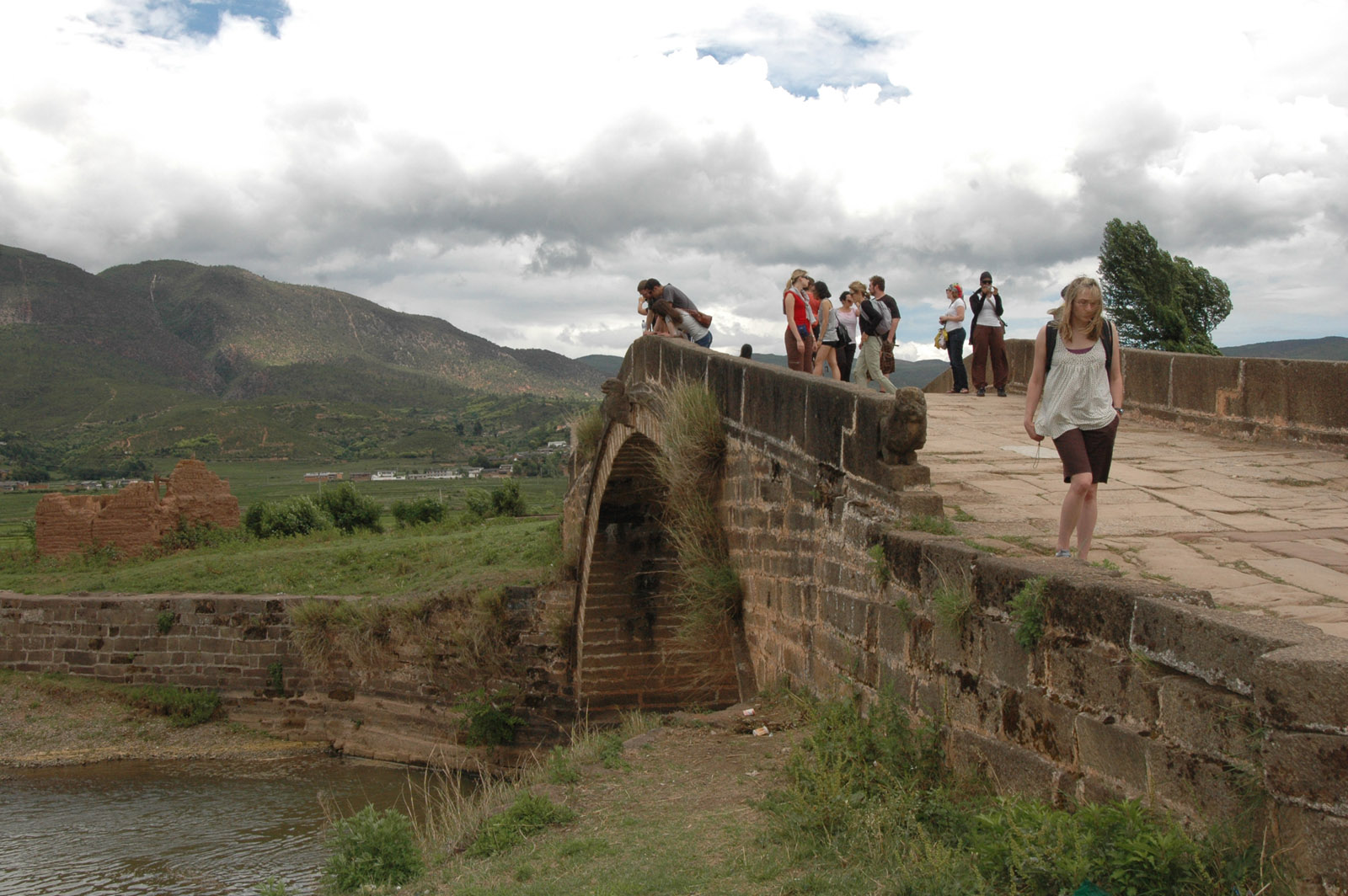 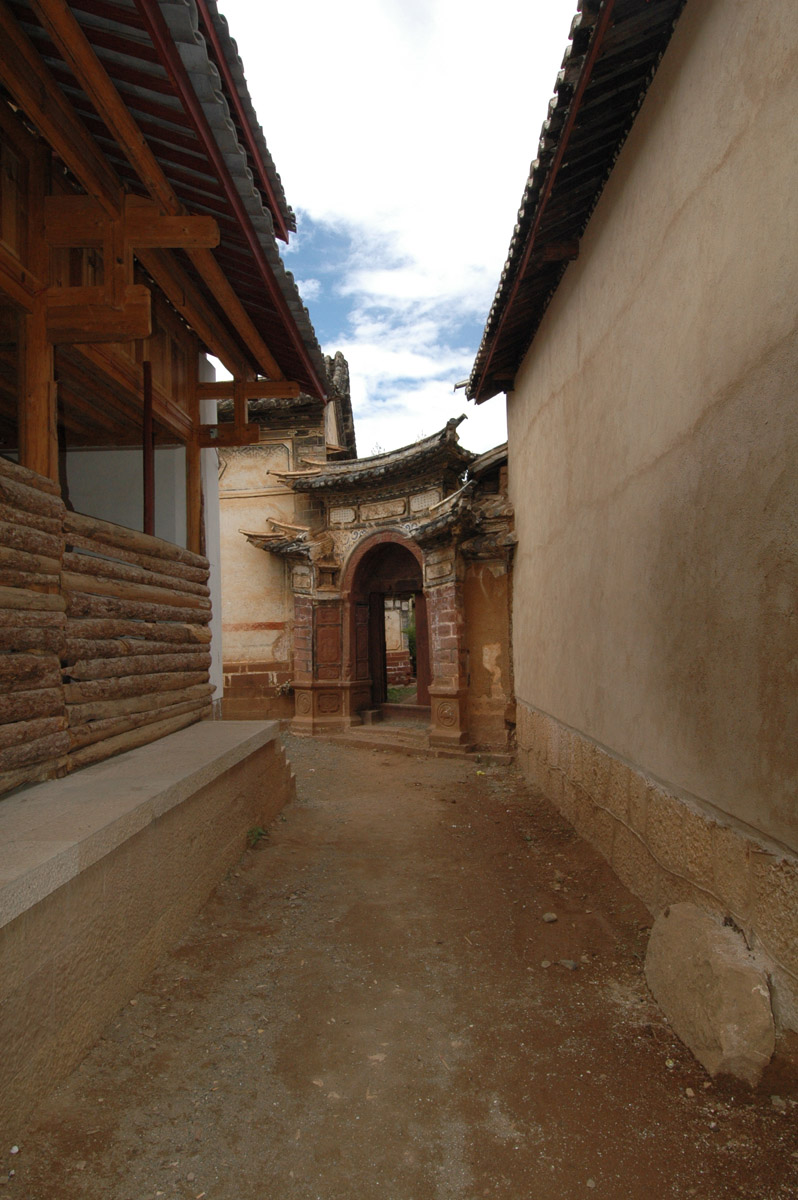 The only GHB in this cultural cocktail is the fact that the lovingly restored town square was so empty, much emptier than the picture of it John Stubbs included in his new world conservation book Time Honored (I especially recommend Chapter 2 to all aspiring preservationists). This is the nagging problem with so much cultural tourism – they decide that tourism is the answer so they throw out the other options. Sideng had maybe two or three open shops and less than four other tourists while we were there. It was more of a stage set than a place.

Which is too bad, because the temple interpretation was good, including models and detailed panels describing every level of conservation from the region down to the individual monuments. And the museum of the tea-horse route in the theater building was small but worthwhile. Our work in Weishan involves the same horse-tea route caravan, which through history brought tea up from its sweet spot in southern Yunnan to Tibet and points east and west. (I did the English labeling here so there is a possibility of error.) 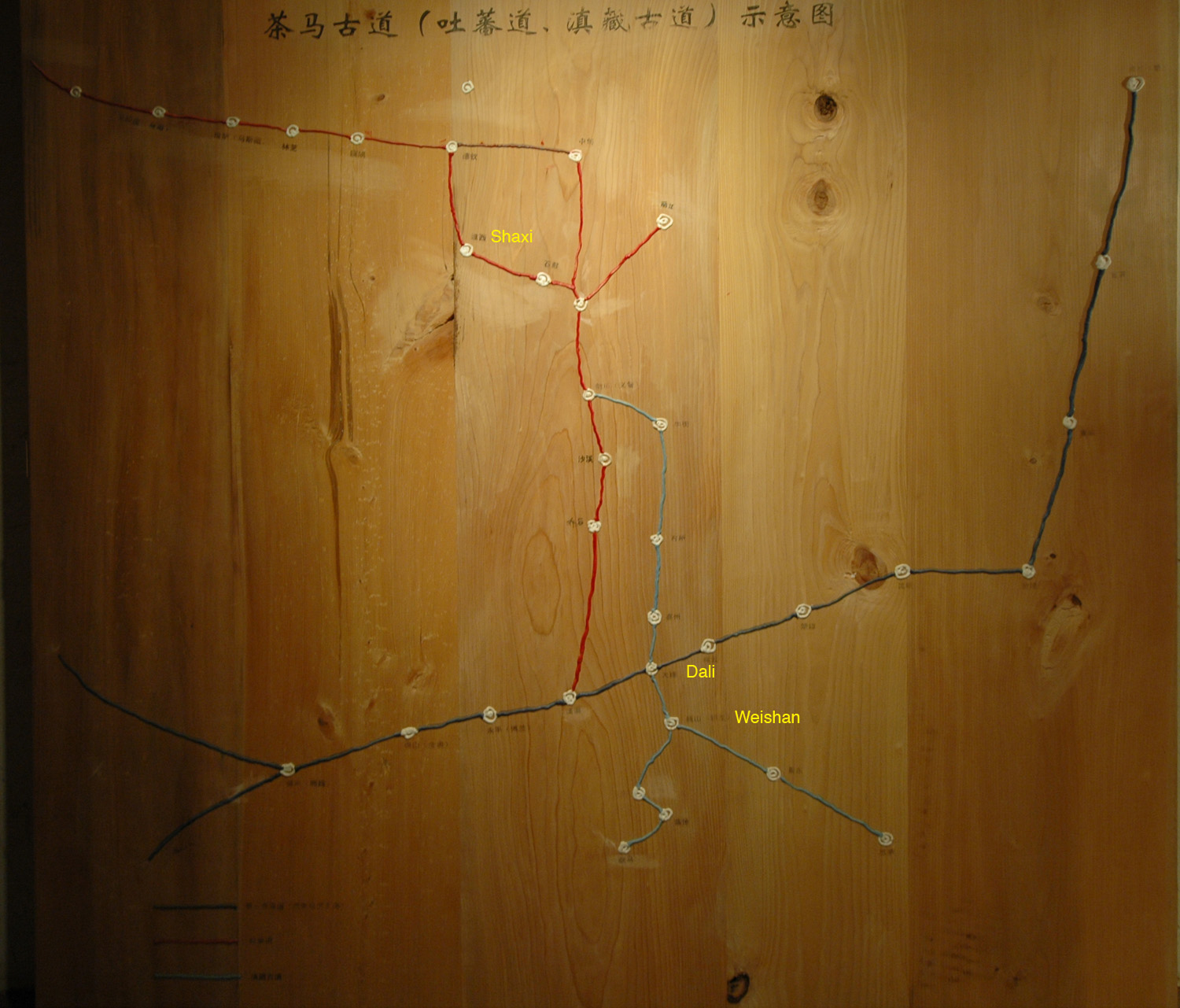 In Weishan we saw the restored courtyard used by the planning department which was also a significant site on the tea-horse route. 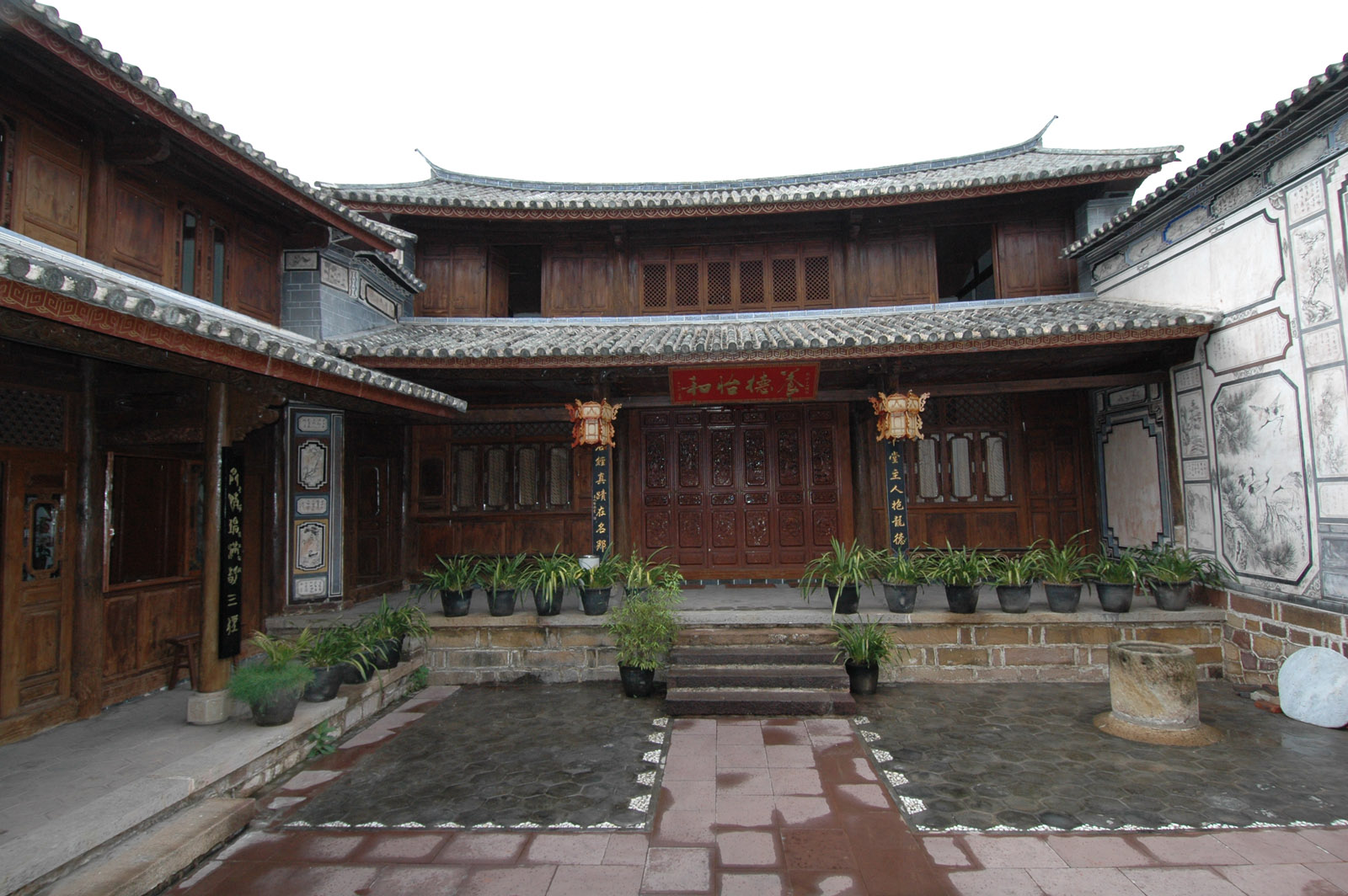 And we had tea there, which is cool. We also had tea in Dong Lian Hua (East Lotus Village) one of two Muslim towns we visited in the Weishan valley, and one I had seen before in 2007 (in fact they still had a picture of me up on the wall) and which was recently named a landmark. The highlight are three tower houses from which merchants could survey the caravans along the route, stable a large number of horses, and conduct the trade that made the valley. 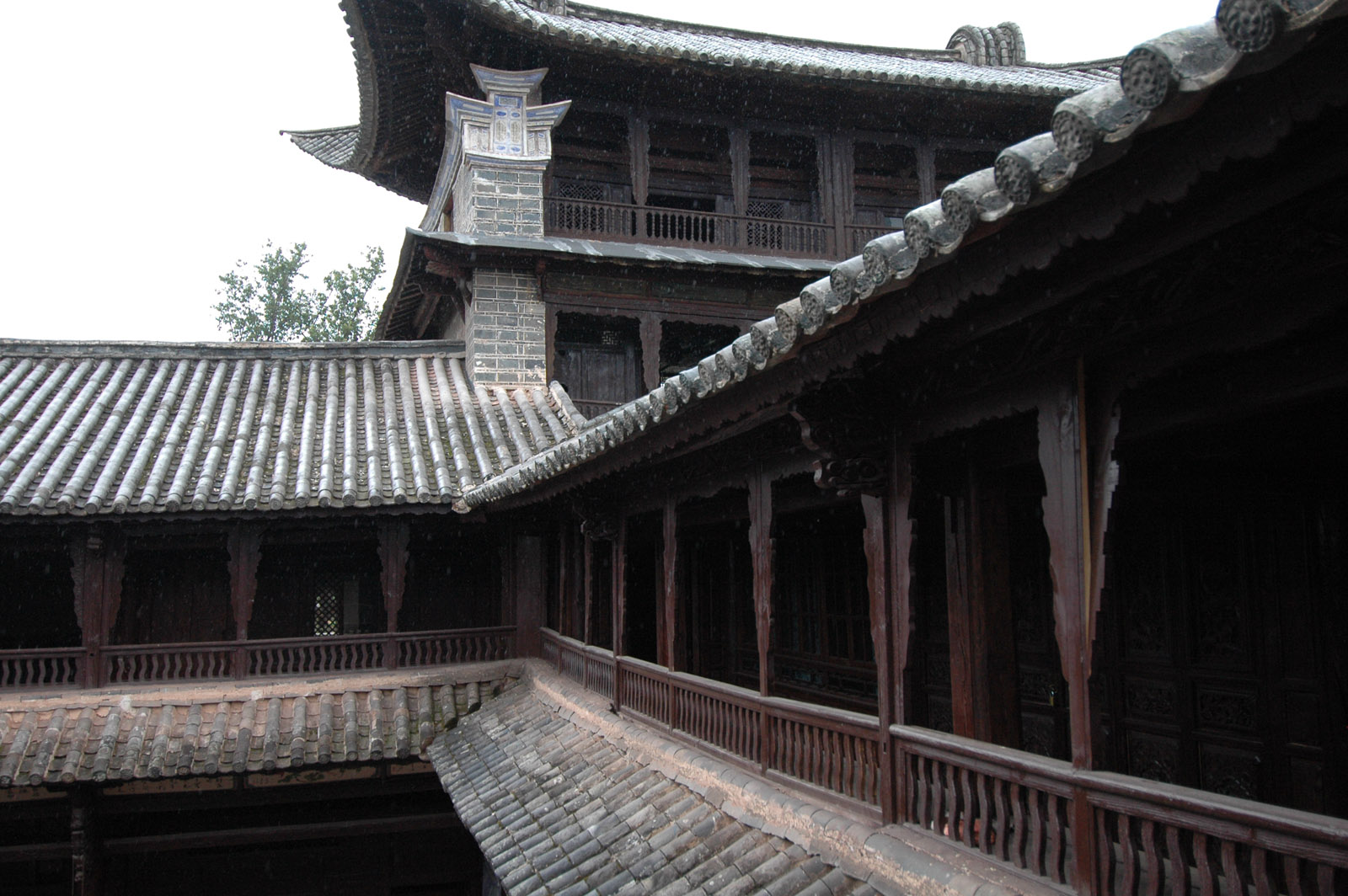 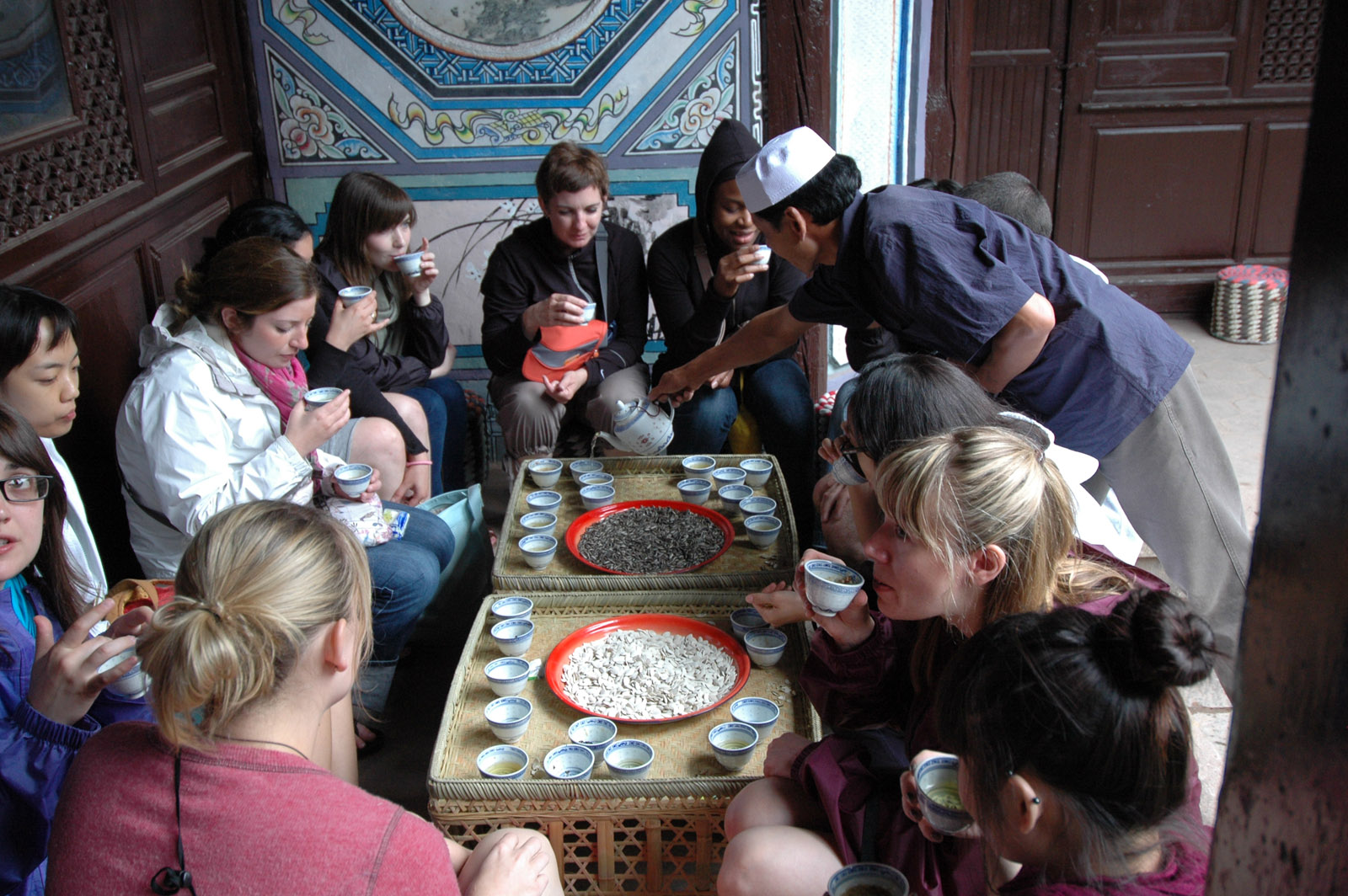 Like Weishan, Dong Lian Hua is a place where conservation has preserved the best of the past as a service to the people who live there, not simply as a sop to tourists. This is the best way – the only sustainable way – to plan for the future. Because real planning relies not on knowing everything that can happen in the future – that was the great fallacy of modernism in planning and architecture – but on creating enough utility and flexibility that a place or a building will continue to serve people in their full range of motion and time. 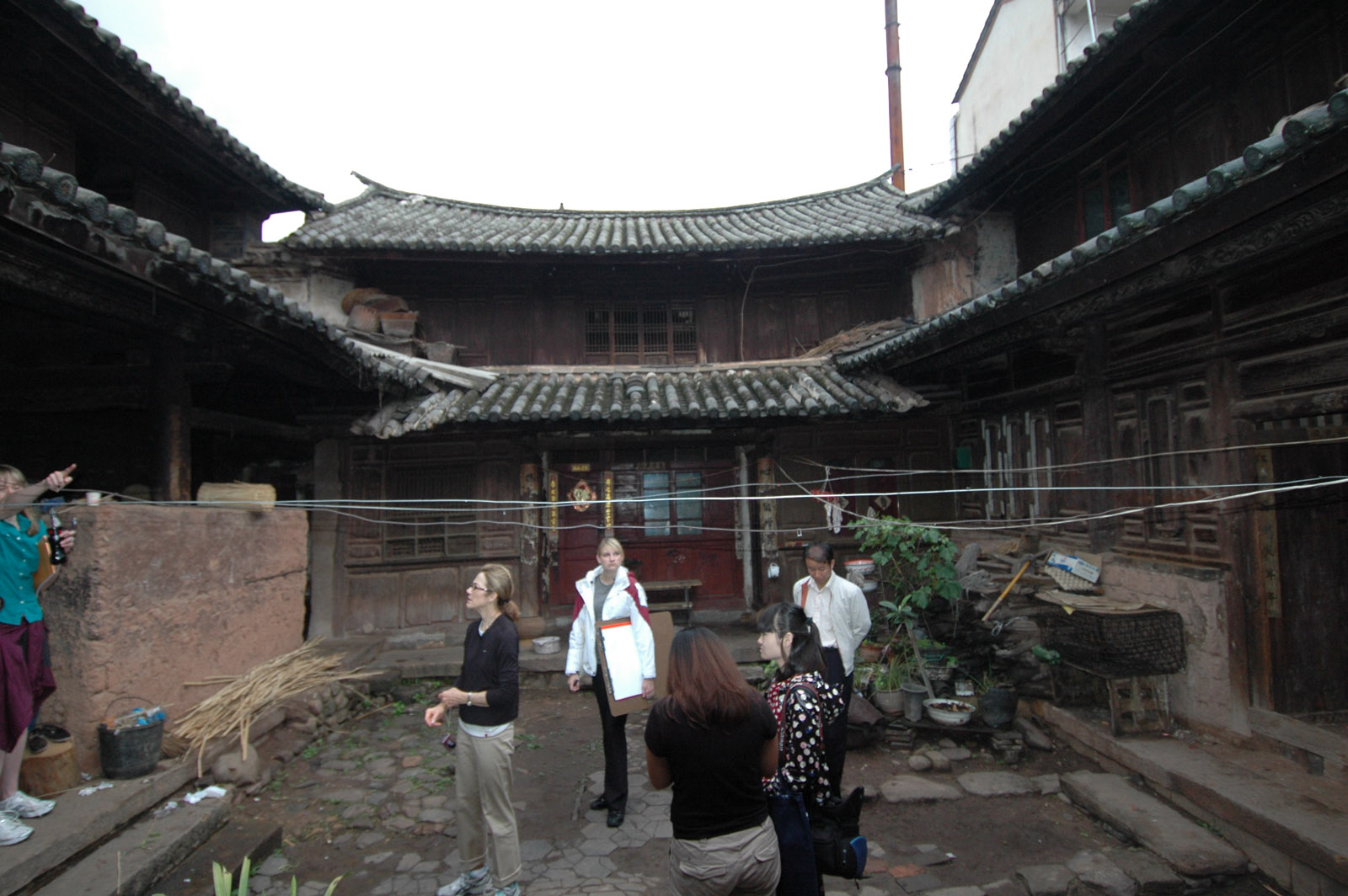 I said it in my ICOMOS paper two years ago and It bears repeating: Weishan is a model of developing historic resources for tourism without sacrificing the utility those resources have for the local population. Indeed, local use is primary, because tourism comes and goes. I do not promise that Weishan has avoided the temptations of catastrophic tourism, only that they have avoided them so far. The work we do at SAIC, at the Center for US-China Arts Exchange, in Yunnan is focused on this goal. 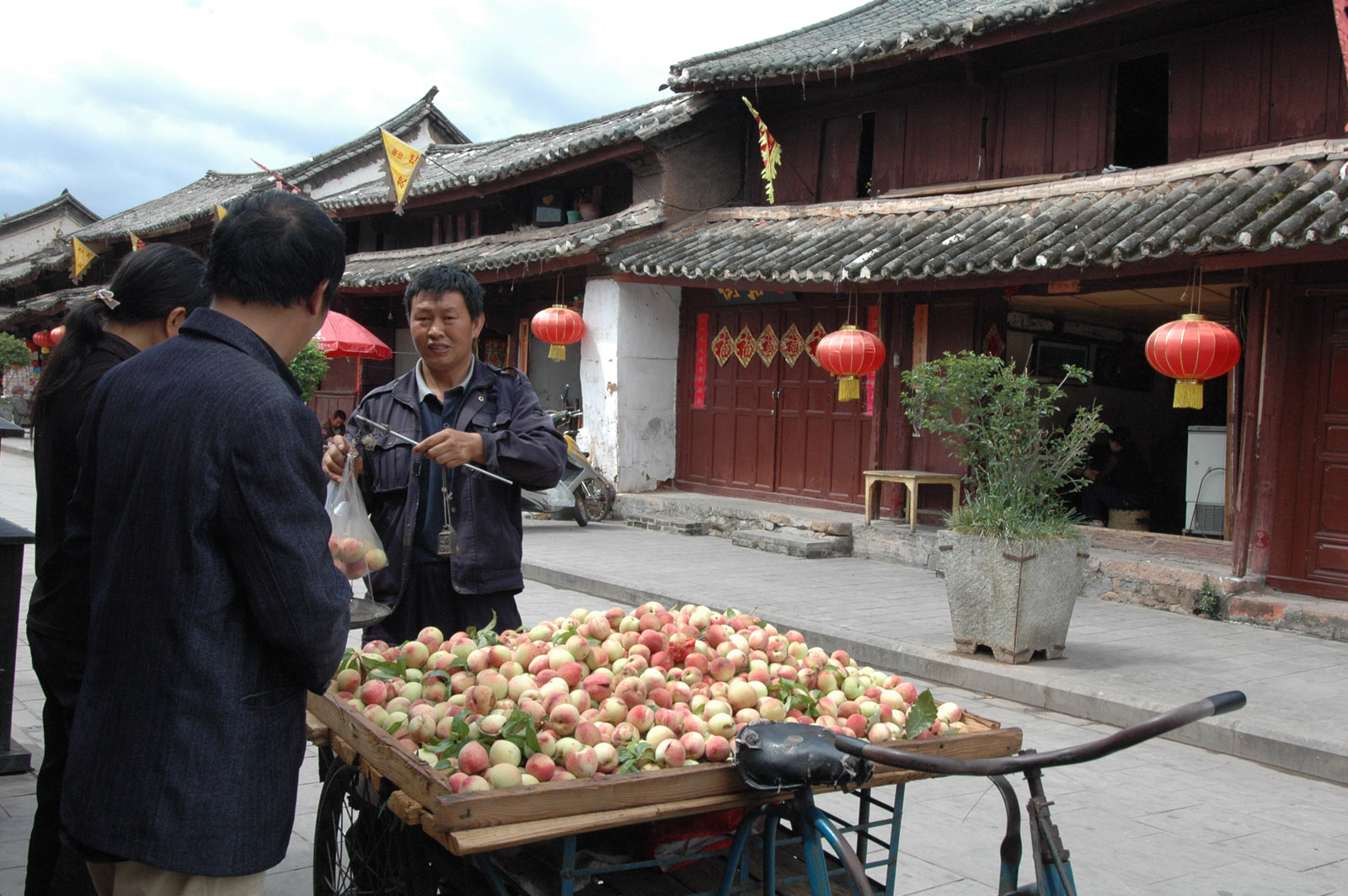 Our role is to encourage making historic buildings as useful as they can be for those that live there and those that visit. And I think that describes all of my preservation practice over the last 26 years: we promote people’ better impulses toward their environment and discourage the baser ones, the ones that ignore the future for immediate gain. 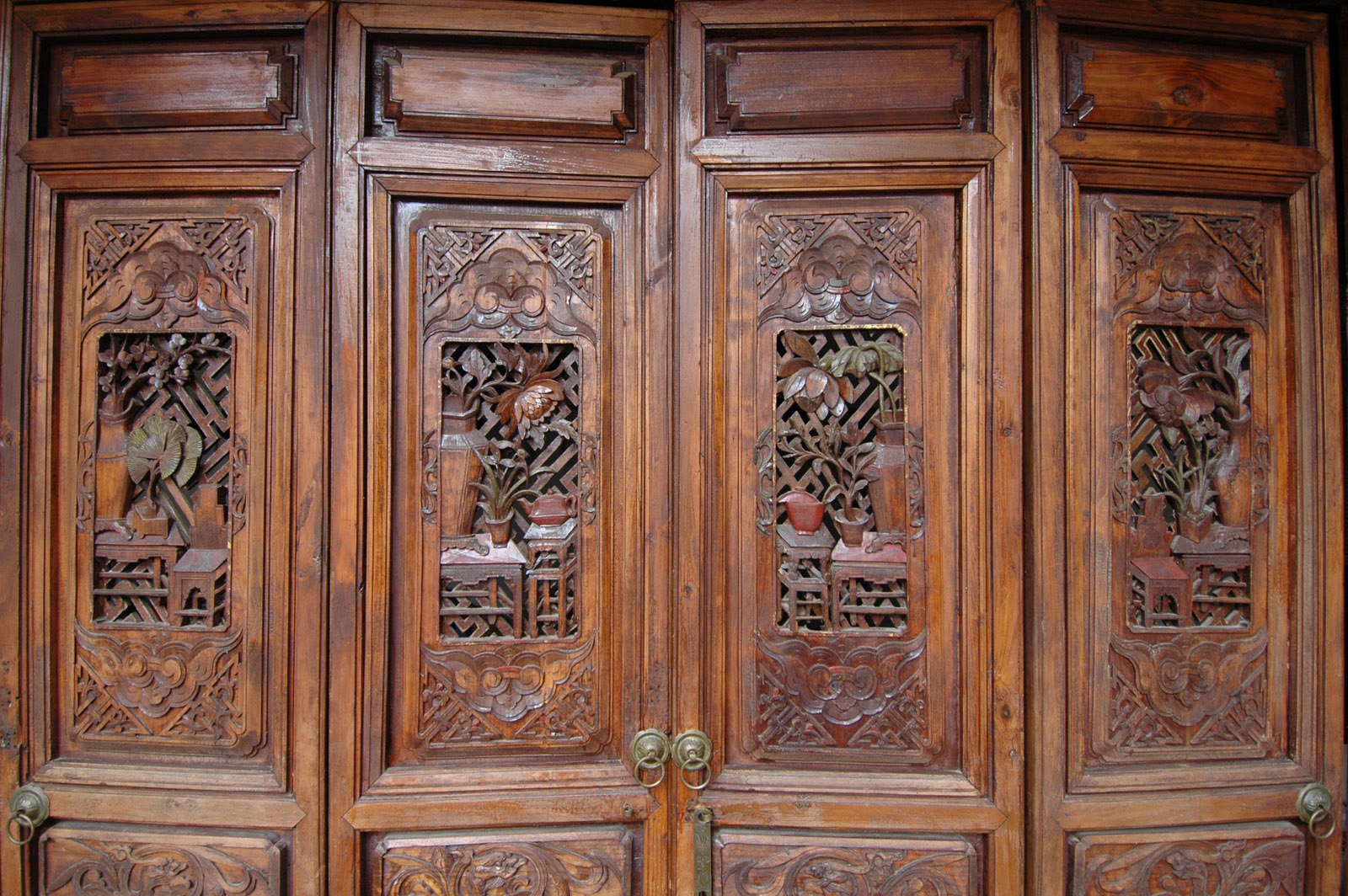 You see, preservation isn’t about the past at all. It is about the future and how you would like that future to be.