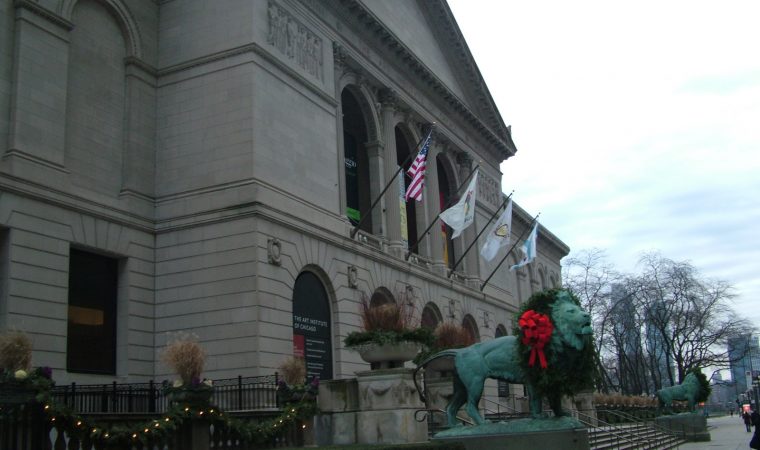 Most people think of the School of the Art Institute of Chicago as the institution that resided above and below the museum it gave birth to over a century ago. Yet for over 30 years the school has had its own building and in the last 20 years the School has grown even more, filling five different buildings in the Loop and occupying space in even more. 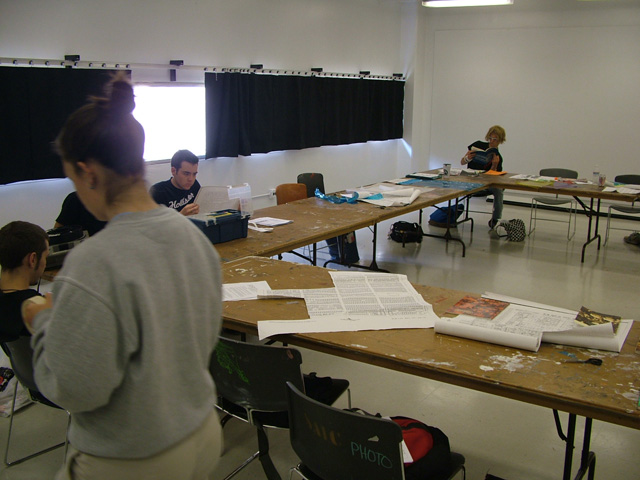 In 1976 the School occupied the Walter Netsch modernist building on Columbus Drive behind the museum, and 12 years later it purchased the Champlain Building, now the Sharp Building. A couple of years later it bought the old Illinois Athletic Club building (1908, Barnett, Haynes and Barnett) as a dorm, later converting it into classrooms and renaming it the Maclean Building. 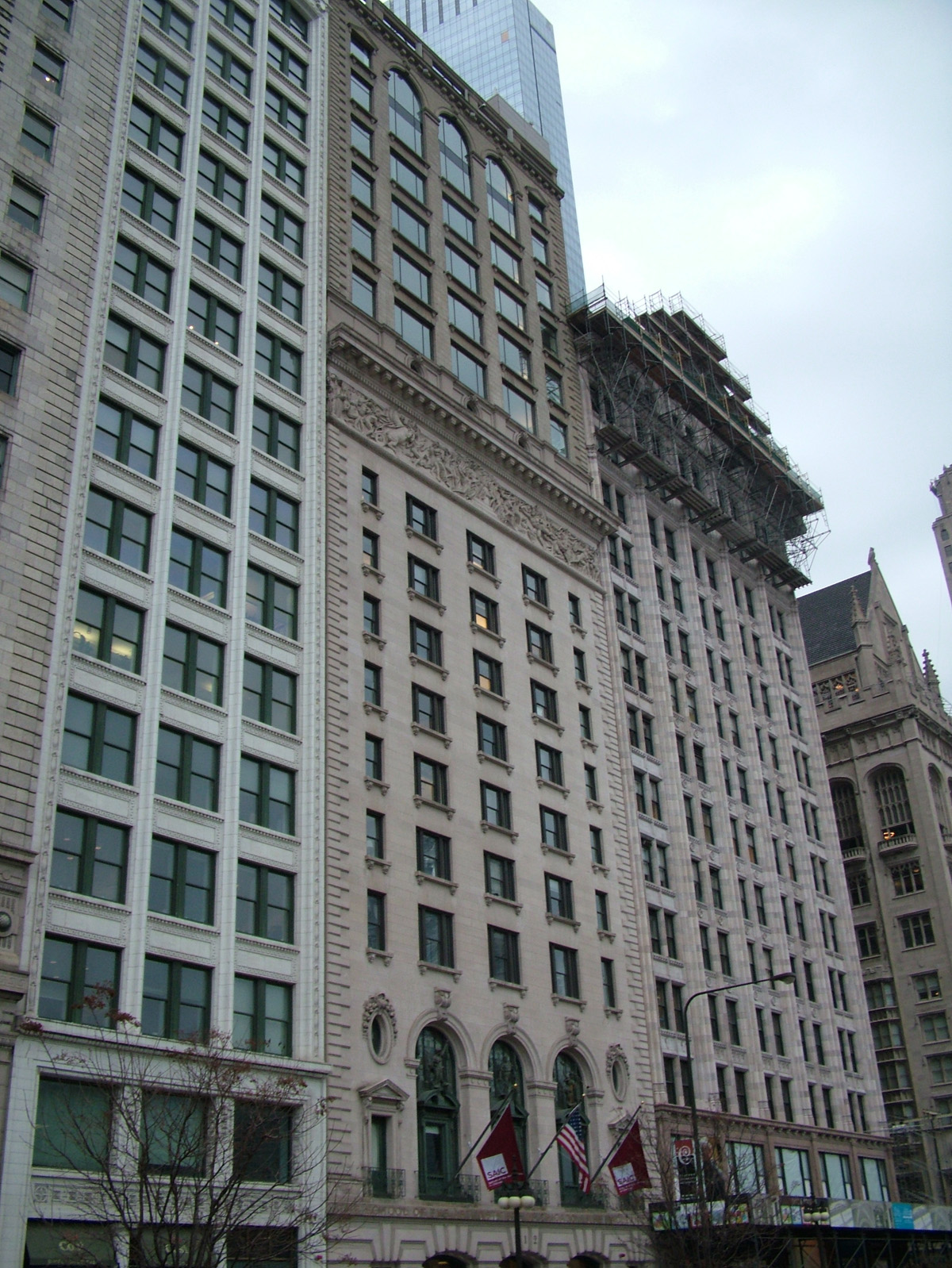 A few more years and SAIC turned the Chicago Building (1904, Holabird & Roche) into a dormitory, which was particularly gratifying to me because I had helped save it from demolition in 1989 when I worked at Landmarks Illinois. 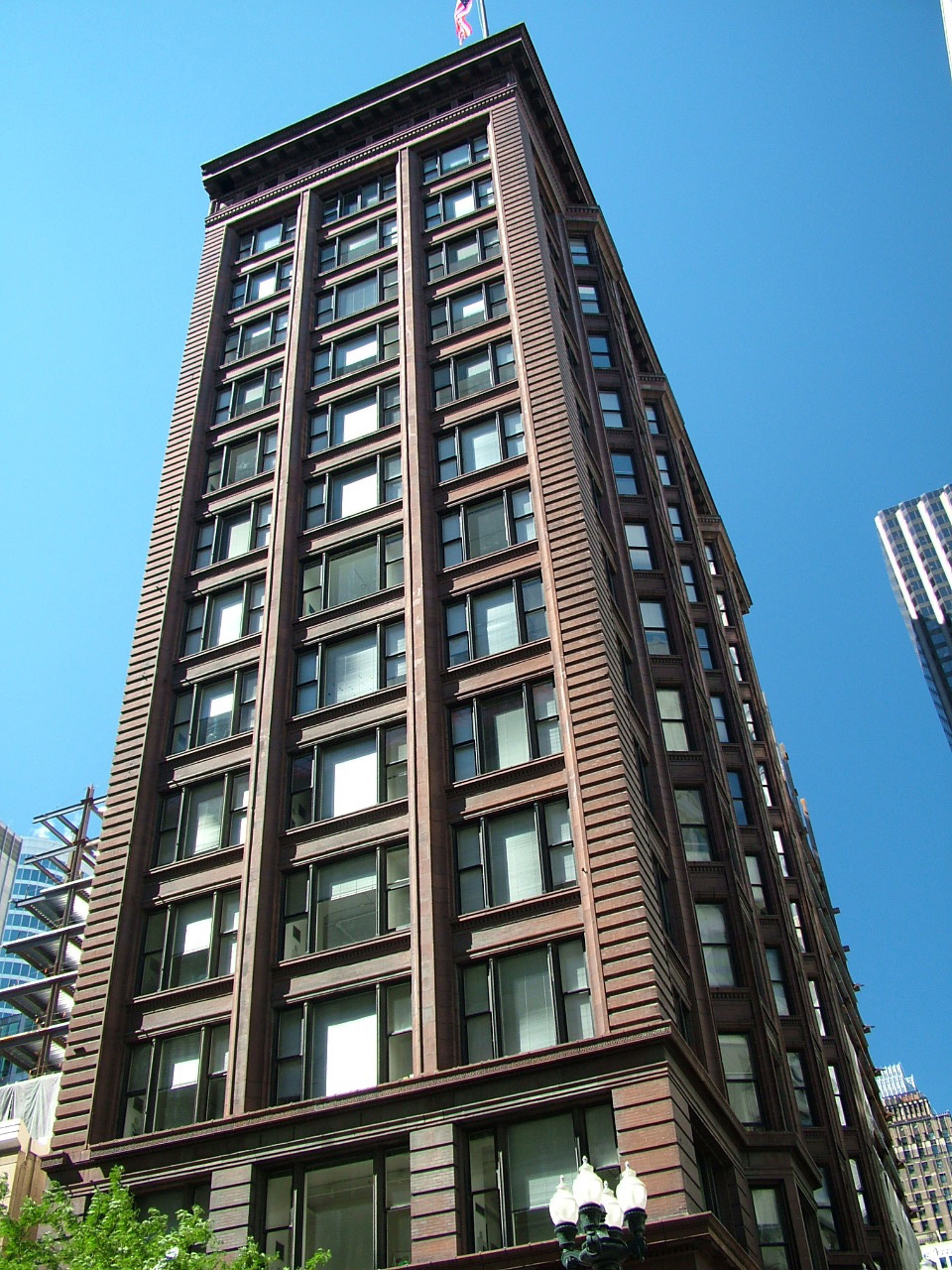 The School also saved a 1917 Christian Eckstorm Building on State Street and incorporated it into a new dormitory by Larry Booth, a building I had the pleasure of teaching in last year. 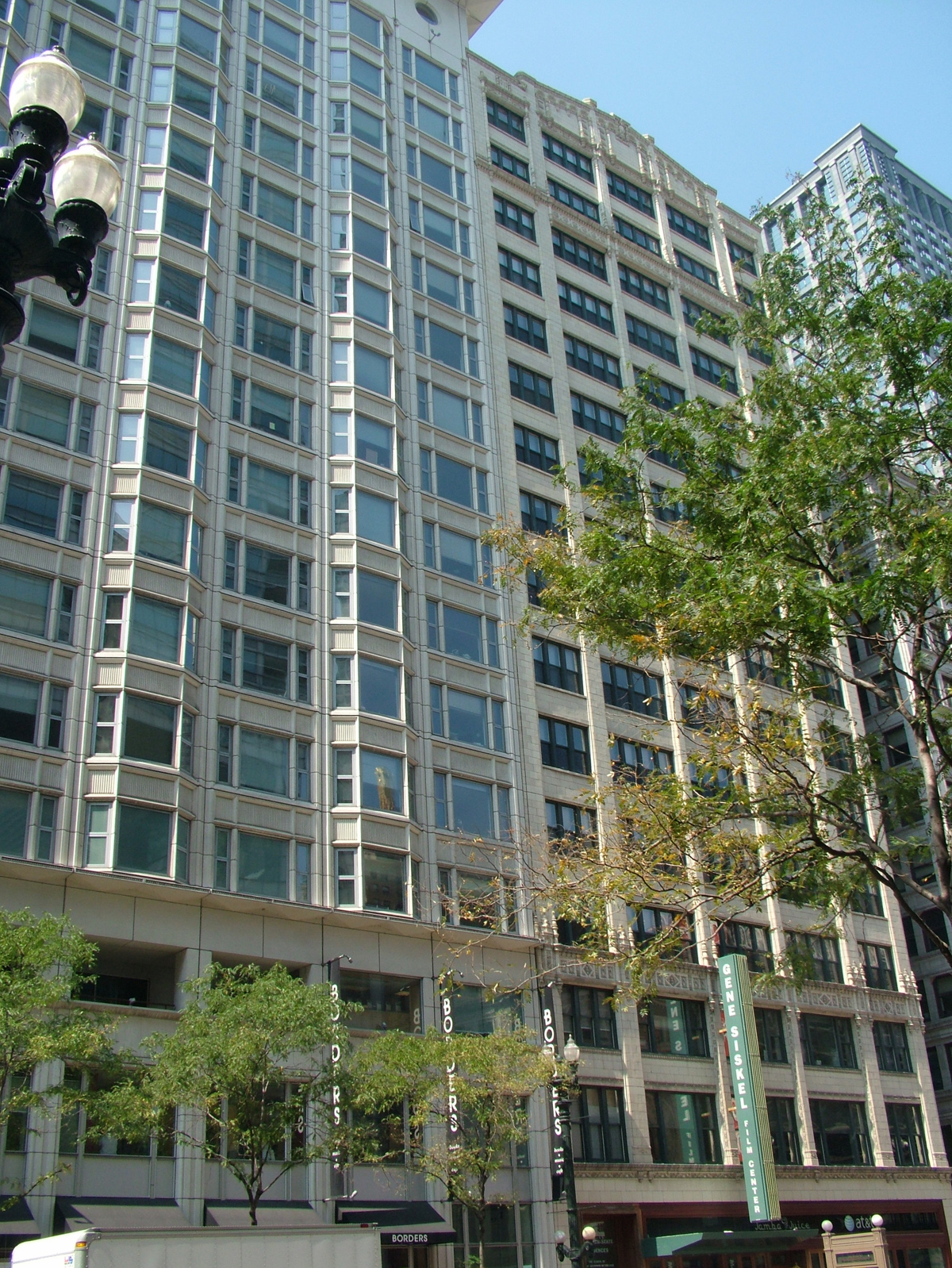 But I want to talk about the place I have taught for the last 15 years, the Sharp Building at 37 S. Wabash. 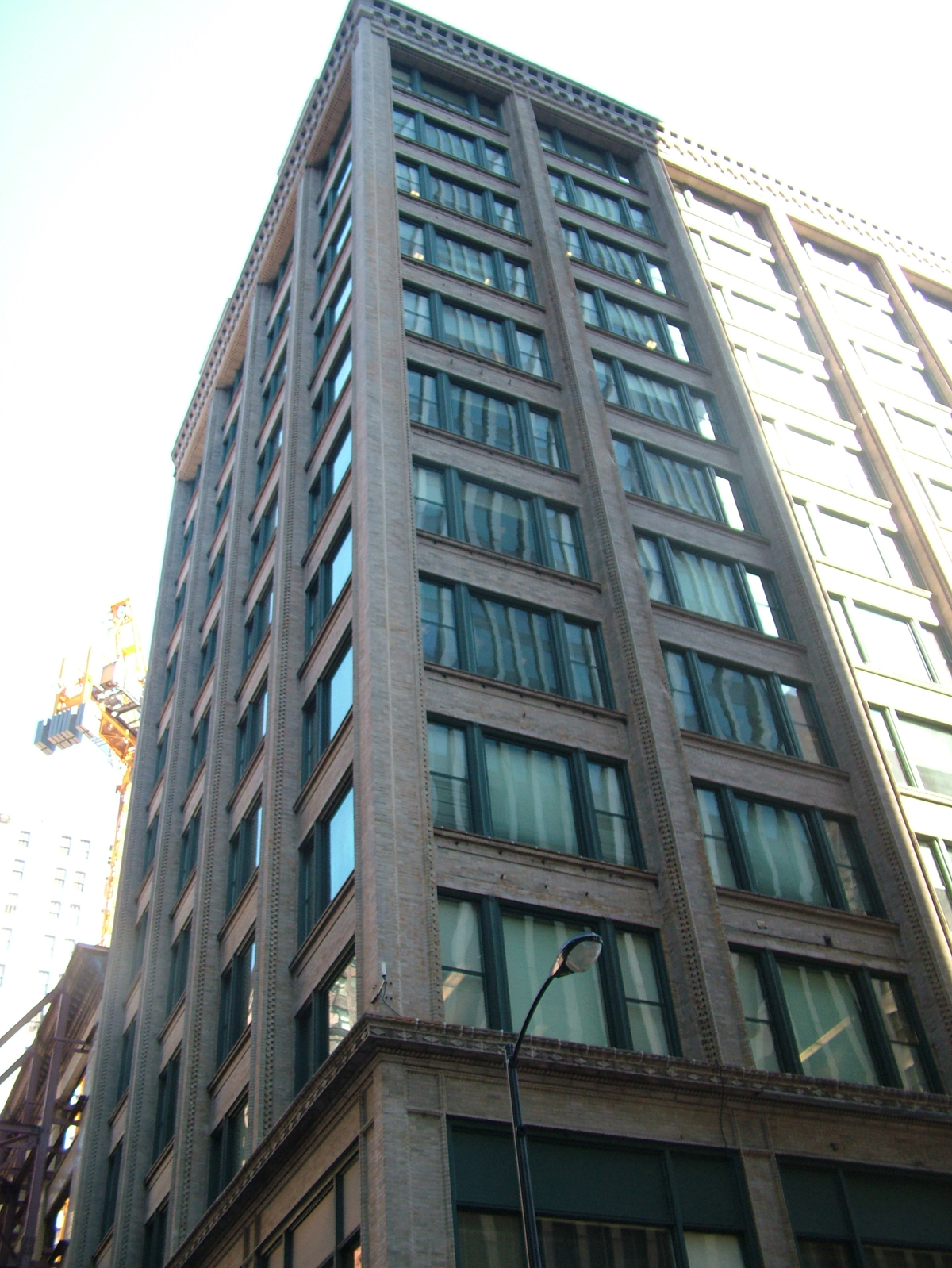 The Sharp Building was originally built in 1902 for the Powers school, which taught clerical skills like German, stenography and bookkeeping. My Research Studio students – first year BFA candidates – are working on an exhibit interpreting the history of the building, which is appropriate since it has just been restored. 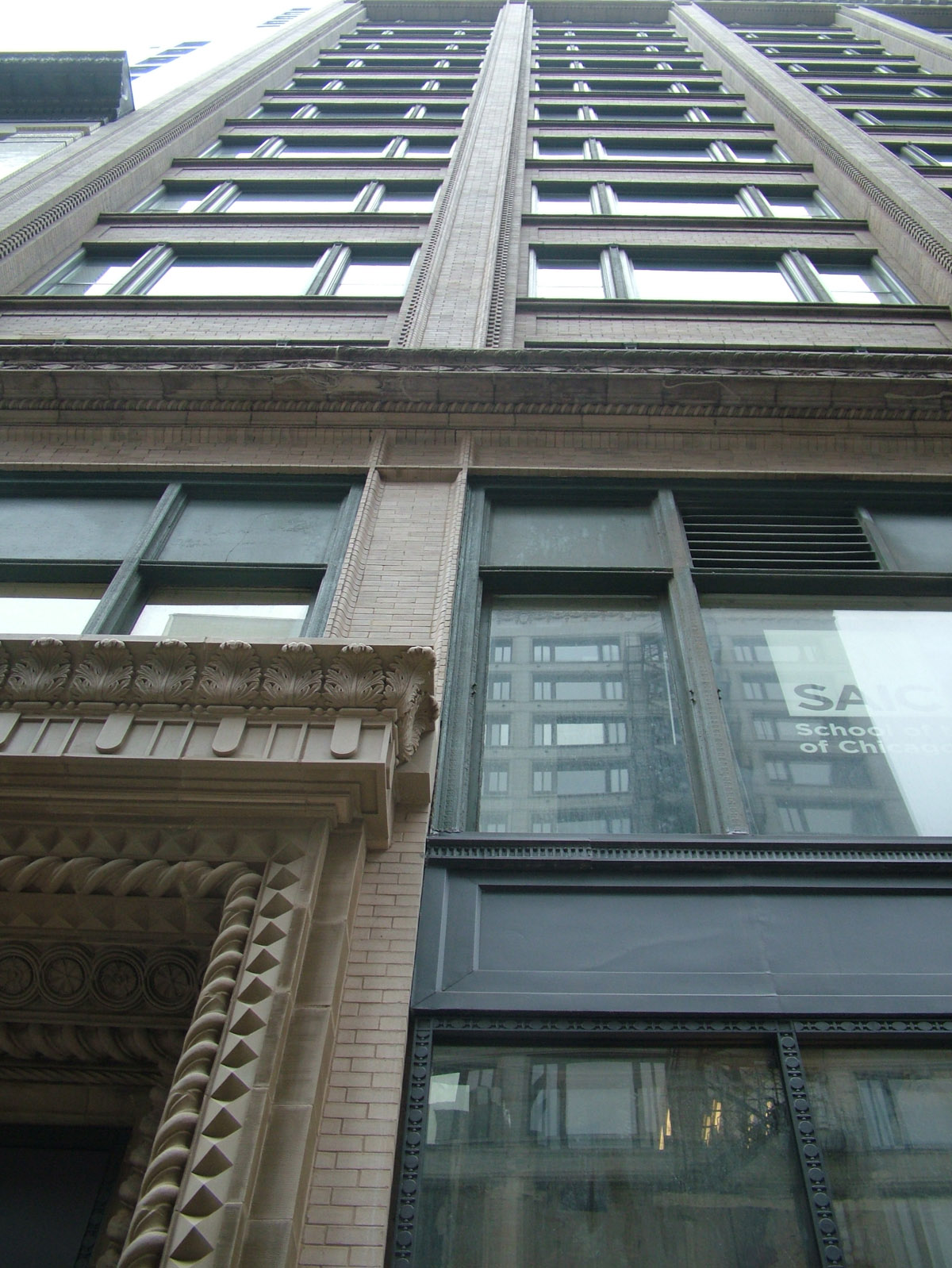 This is also the building where we have our Master of Science in Historic Preservation studios, lab, resource center and faculty offices. We used to be on the 13th floor but now we are on the 10th, where we have two large studios overlooking the corner of Monroe and Wabash Streets.

The building’s entrance and ground floor has just been restored to the original Holabird & Roche design, which involved recreation of the elaborate terra cotta entrance, largely destroyed in the 1933 remodeling as the Champlain Building. 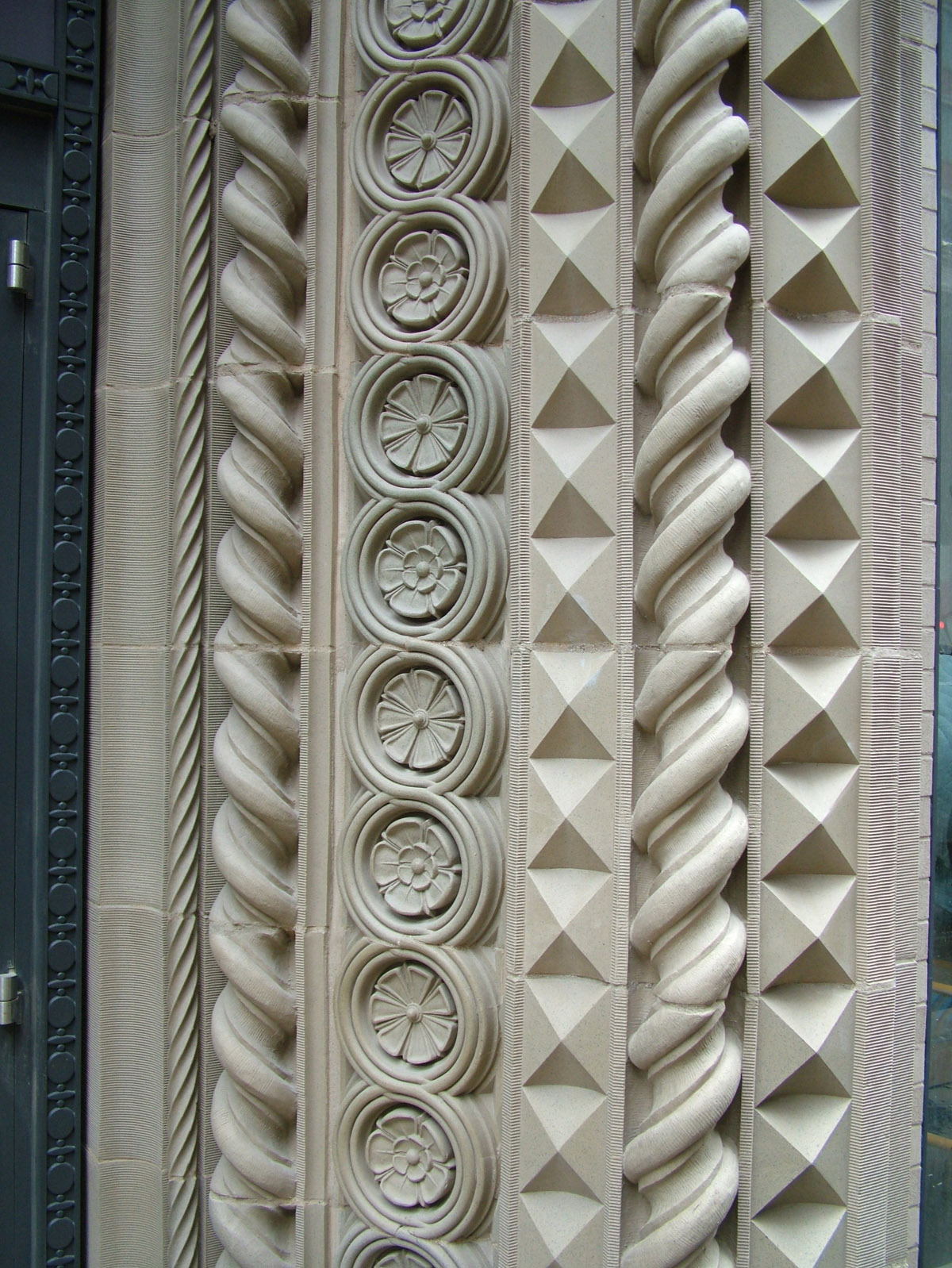 The restoration also involved bringing back the brick piers which originally defined the ground floor, lost in the 1947 Skidmore, Owings and Merrill transformation into a TWA ticket office. 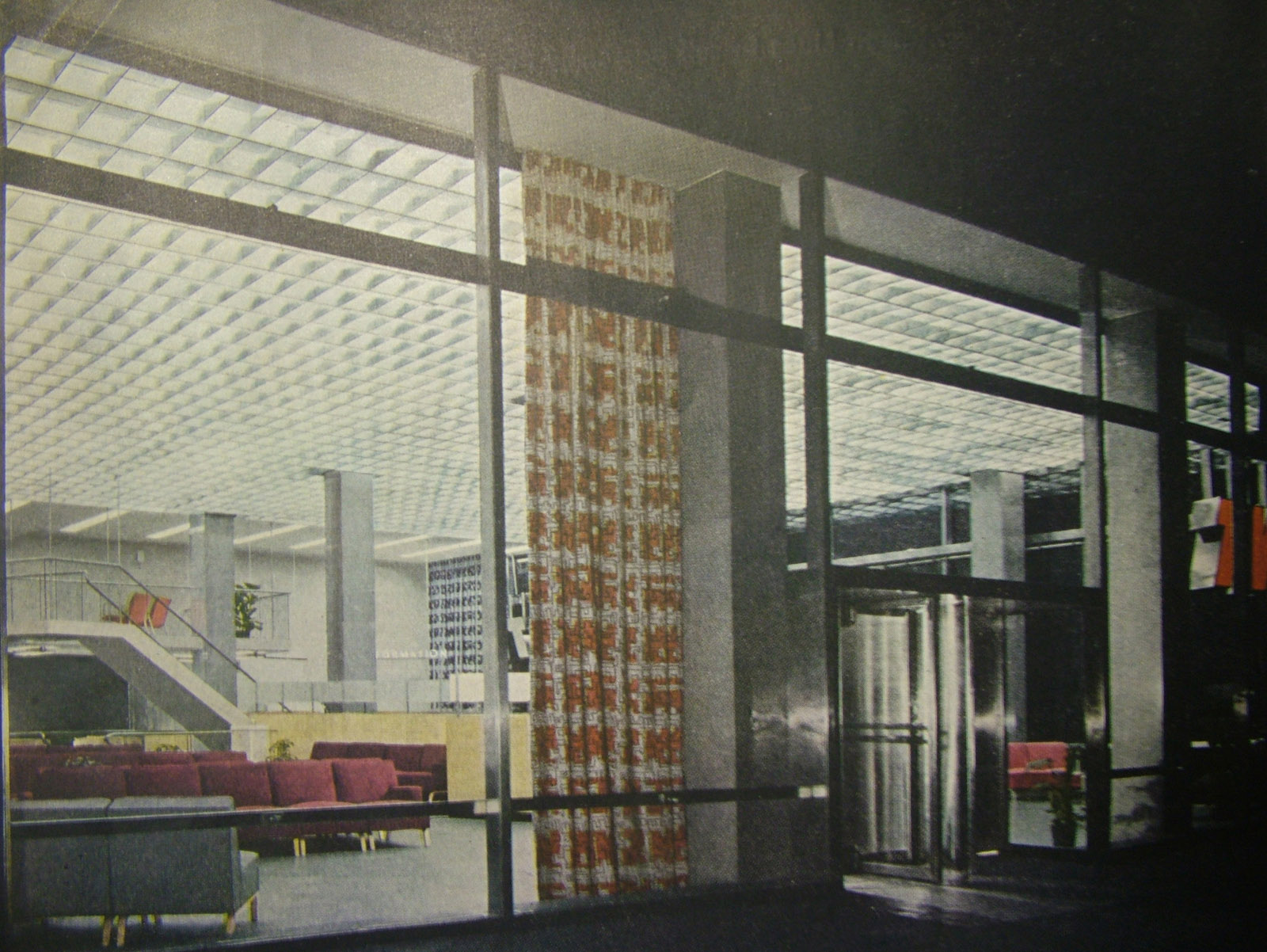 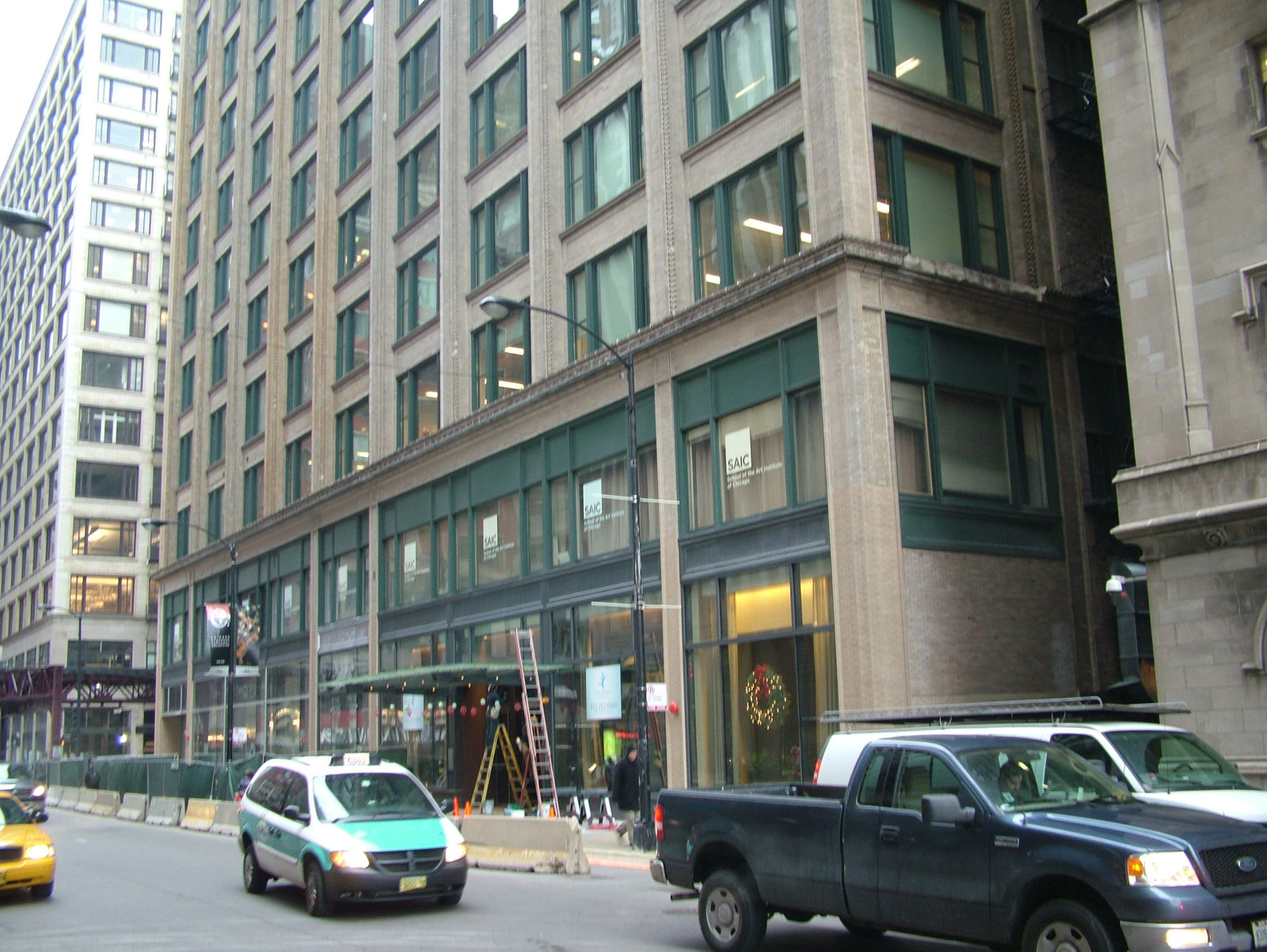 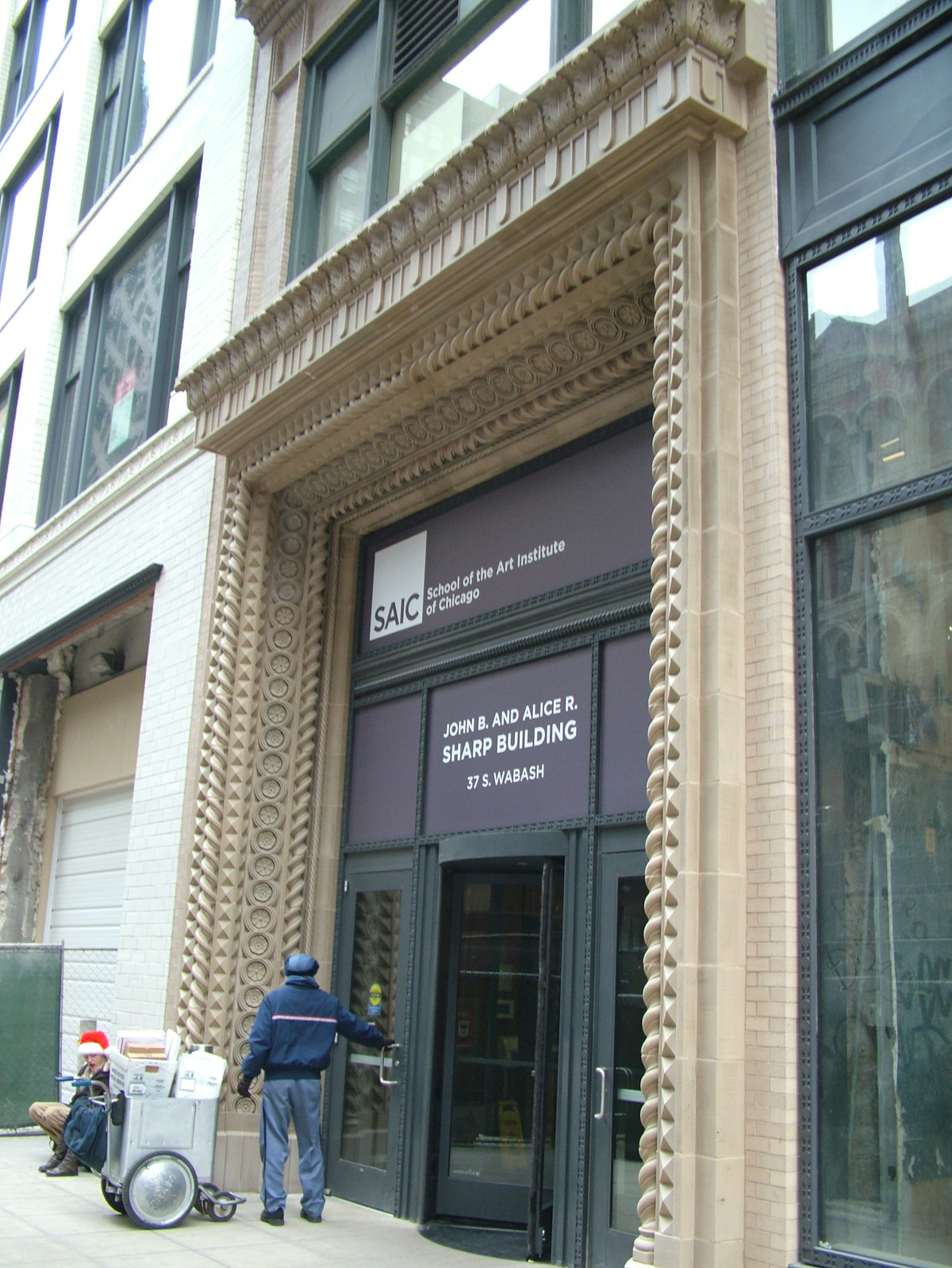 There is a lot of fascinating history here: When TWA was selling airplane tickets here in 1947, Ludwig Mies van der Rohe was on the 9th floor designing the Farnsworth House. 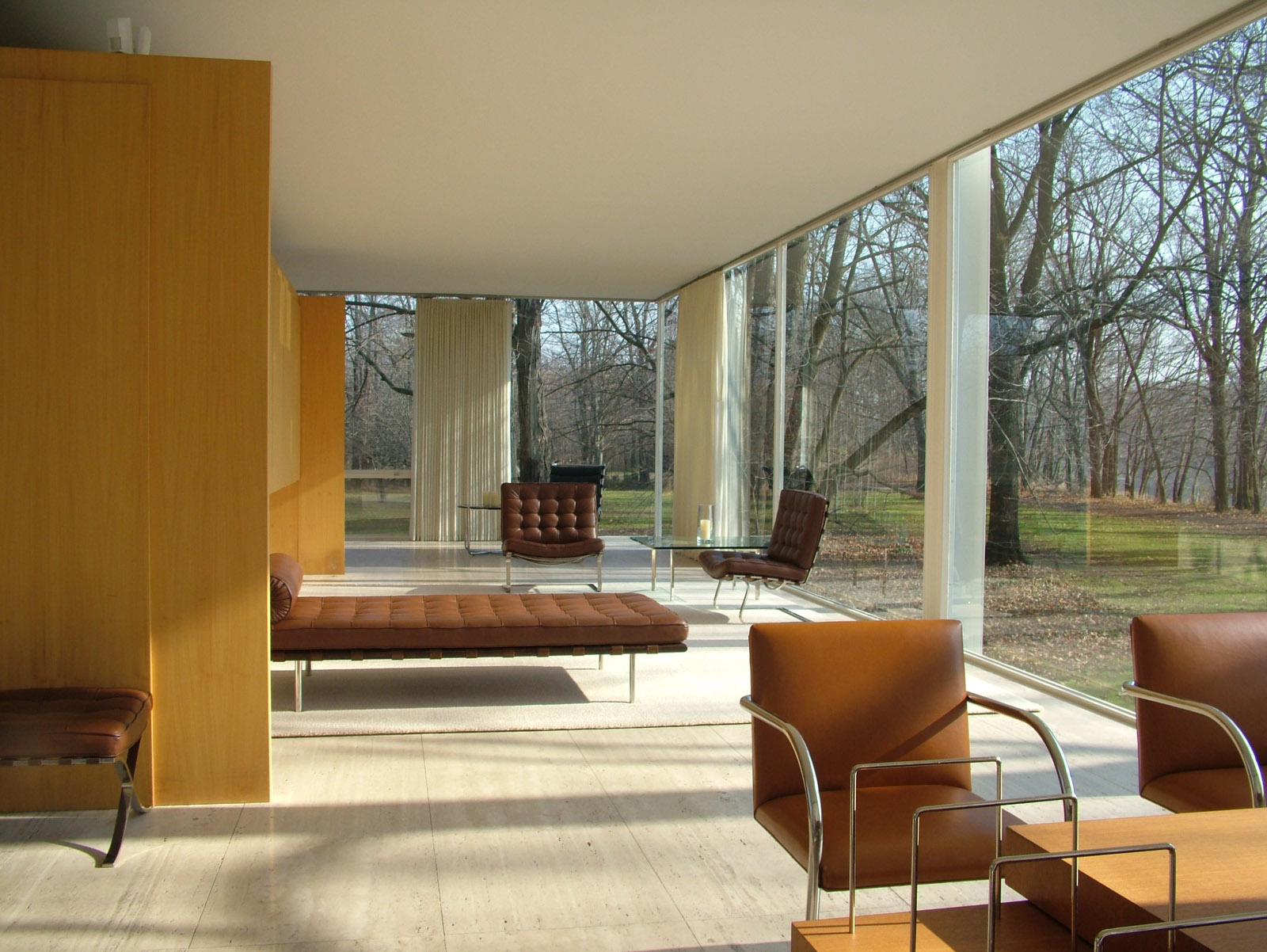 Thirty years later, my father had a travel business in the building. The TWA ticket office turned into a restaurant and then later into a bank and again into a restaurant before closing a half dozen years ago. Our program began in the building in 1993, the same year it was DENIED landmark status. Later in the 1990s it was landmarked as part of the Jeweler’s Row district. A controversial project saved the facades of three Jeweler’s Row buildings for the new 80-story Legacy highrise. That project is responsible for the restoration of the Sharp Building’s ground floor, which has just debuted this month. 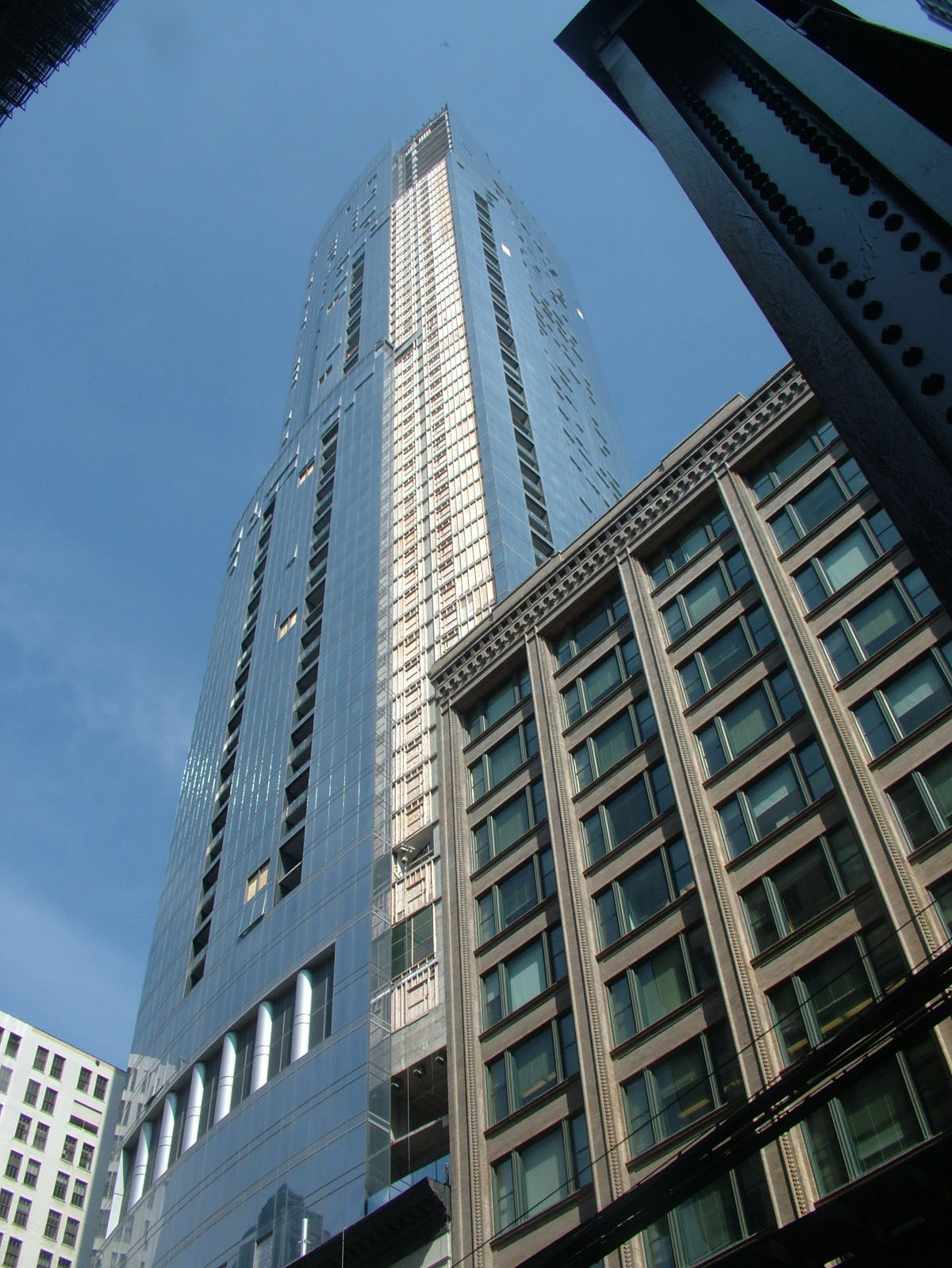 It is exciting for our historic preservation graduate students to work in a building that is seeing such a sensitive restoration, expecially after the disappointing replacement of most of the original windows a decade ago. 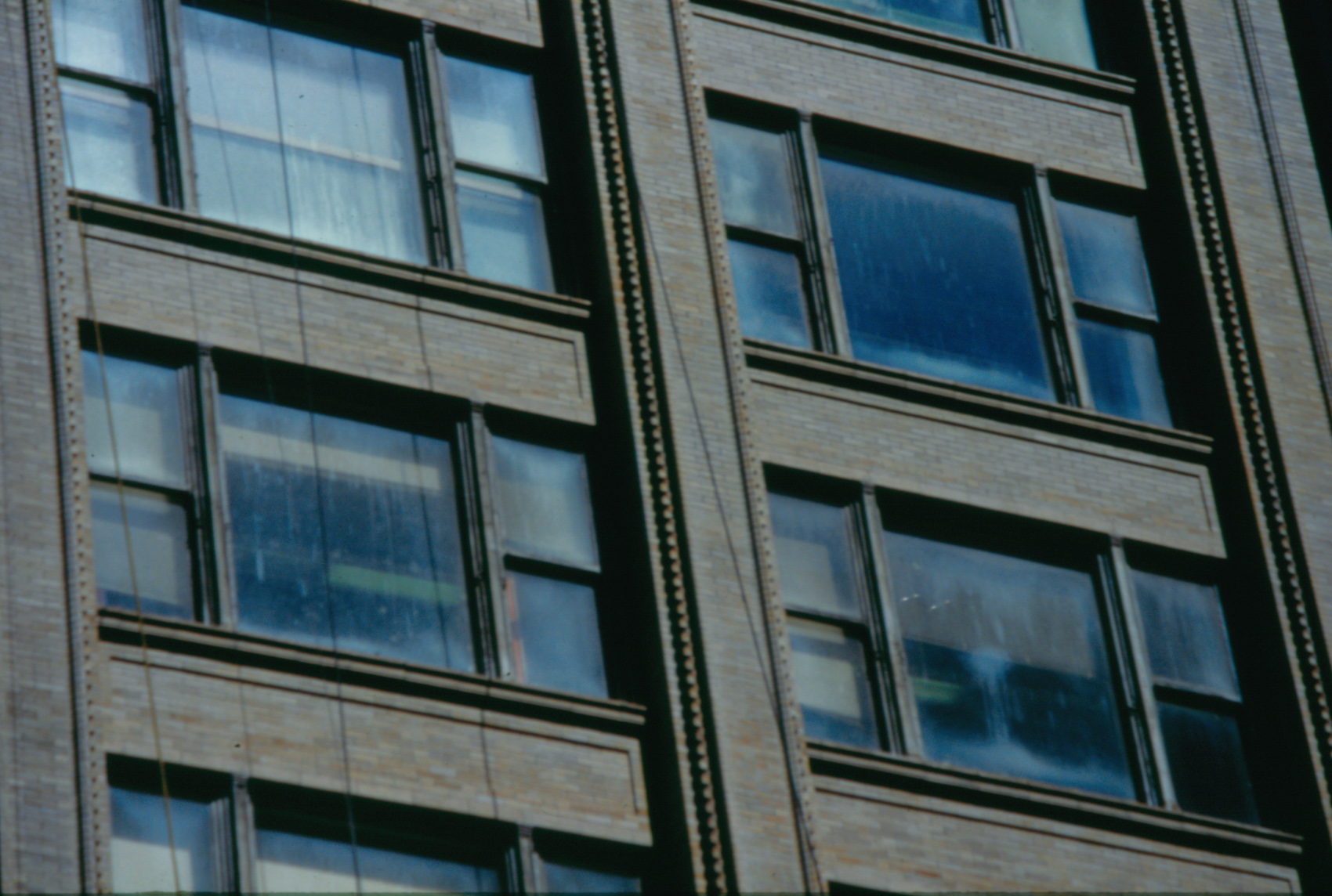 That’s the BEFORE – note the profile and depth. 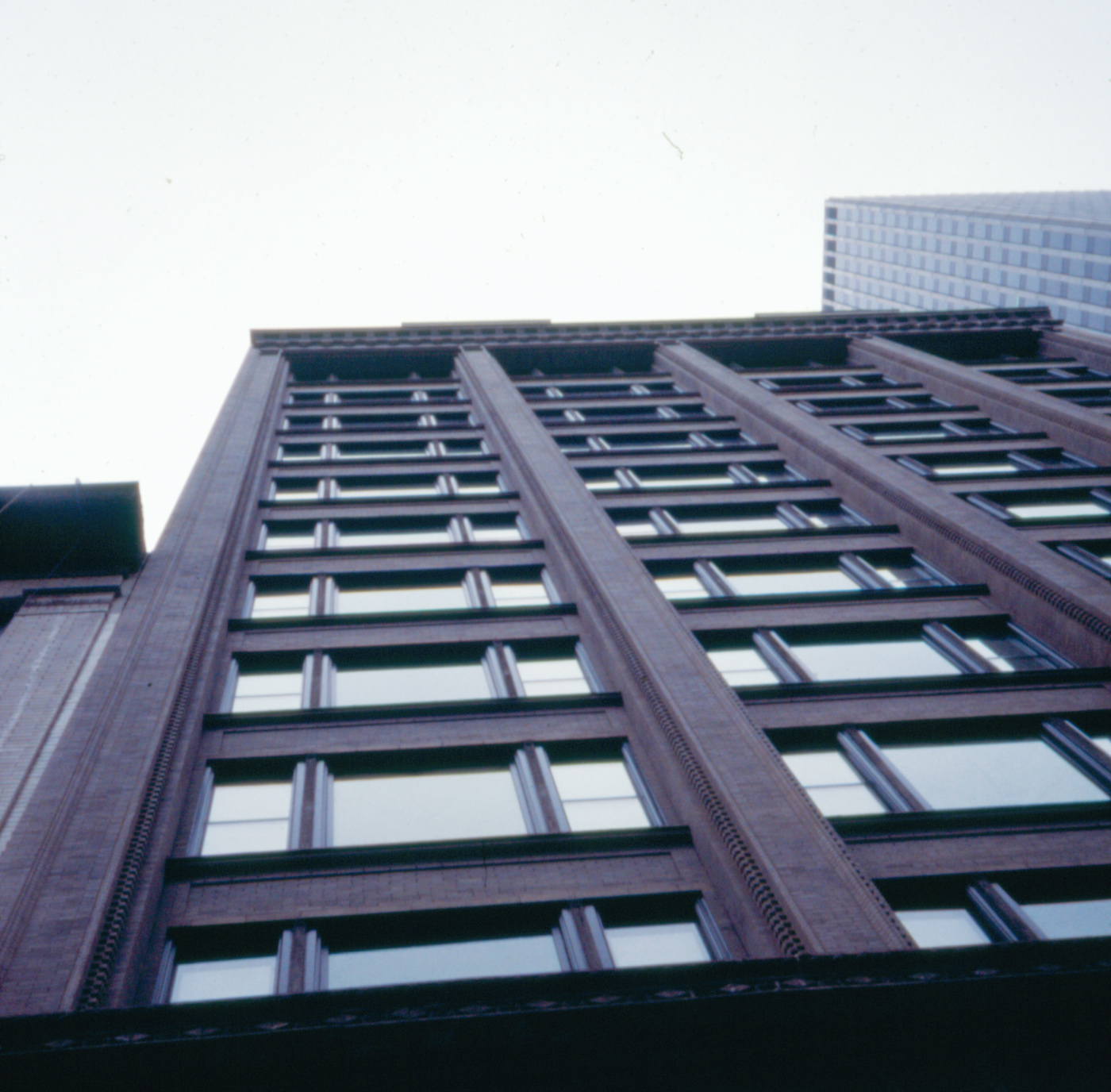 That’s the AFTER – butchered and blinded. And they’re aluminum which means they are REALLY COLD right now. This was one of the events which kicked off my window rants back in ’01. Our class even produced alternatives to replacement, to no avail. 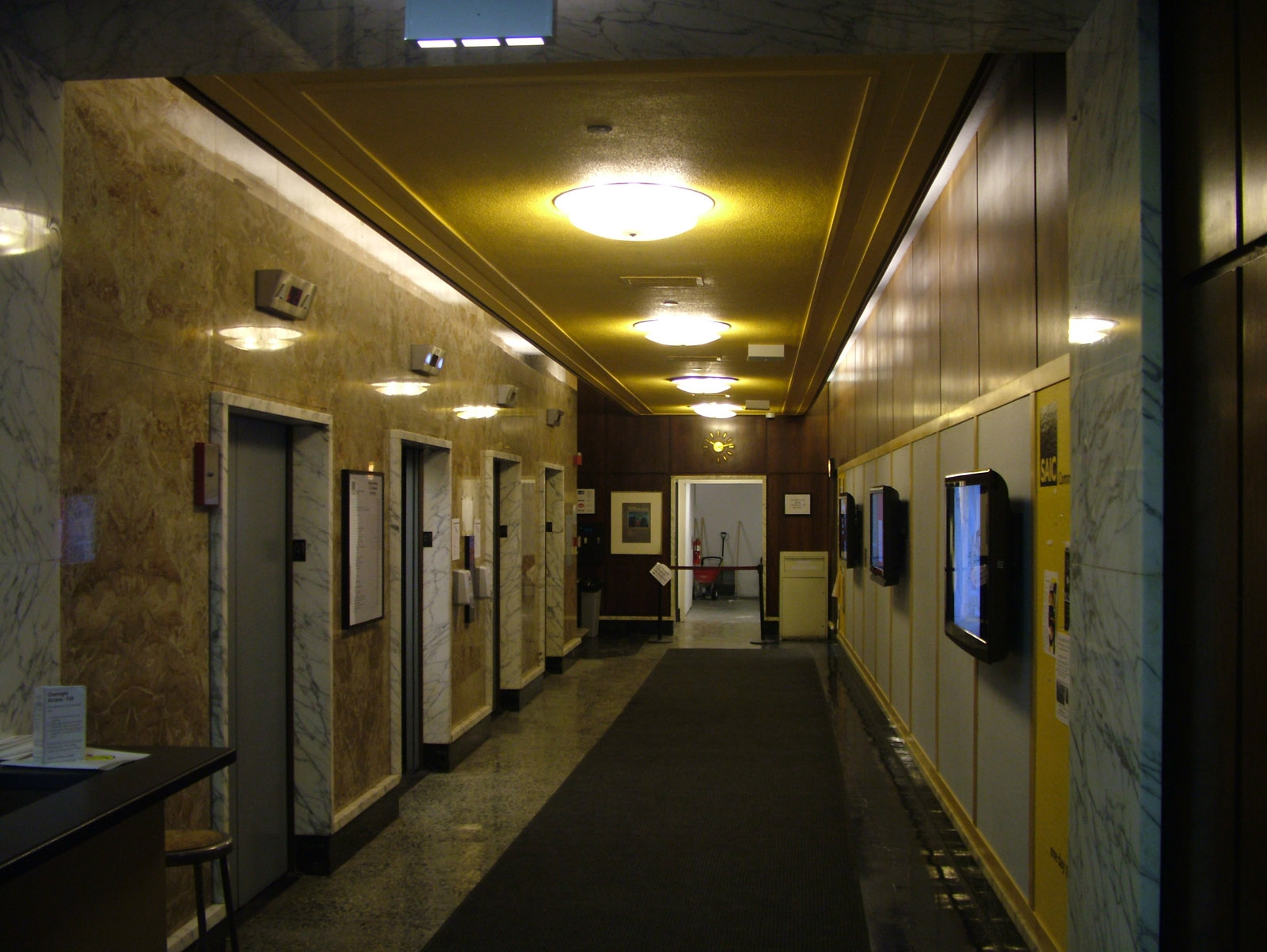 The lobby has bits of each period – we apparently still have – in storage – the elevator doors decorated with relief French and Indian figures during the 1933 remodeling by onetime SAIC dean Hubert Ropp, who also designed lunette murals, long lost to a dropped ceiling. 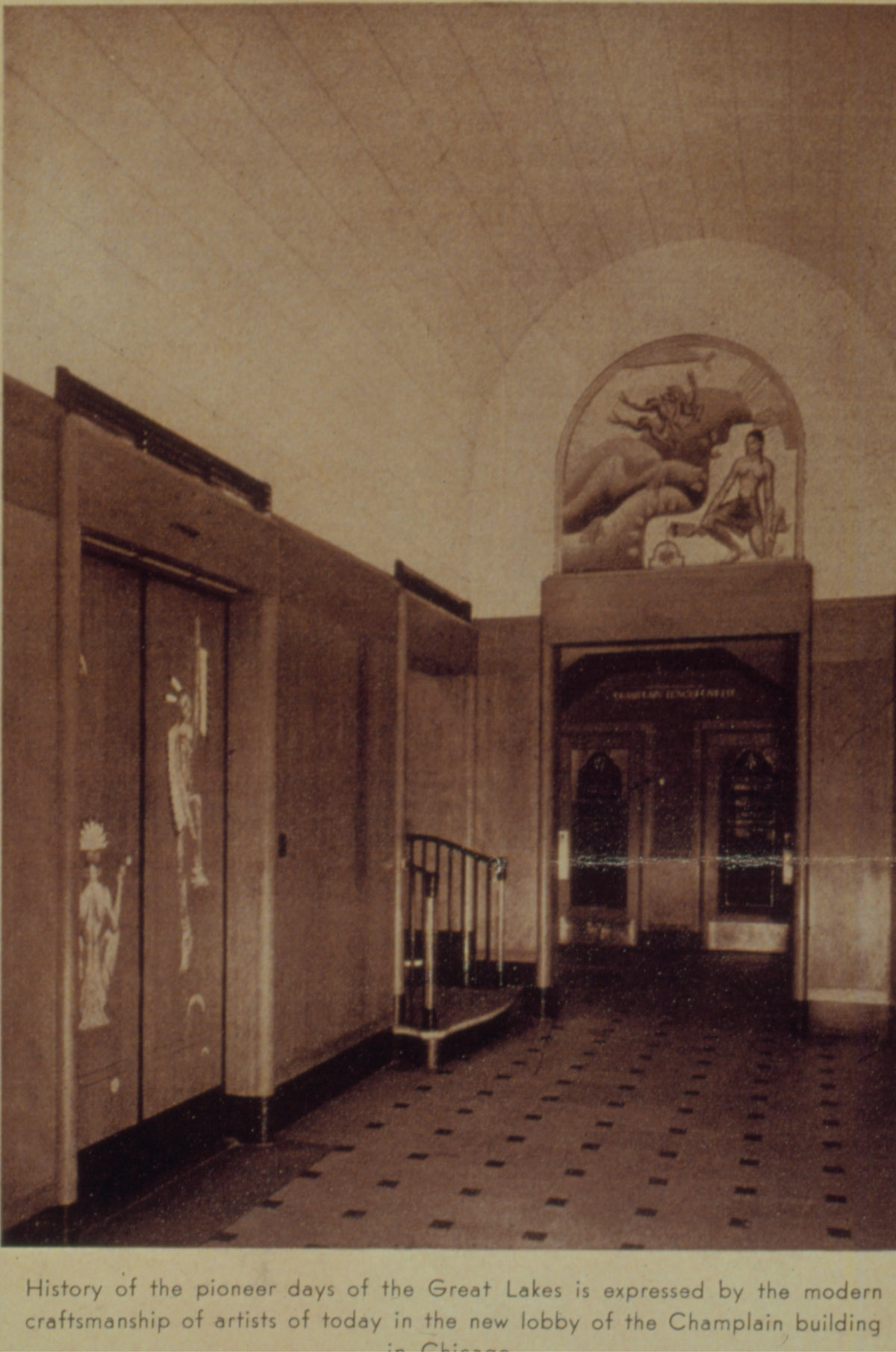 My BFA students are exploring all of these themes as well as the history of the corner of Monroe and Wabash, which includes the legendary Palmer House hotel, and the Sullivan facades recently revealed on Wabash Avenue across the street, on buildings incorporated into the Louis Sullivan designed Carson Pirie Scott store at the turn of the last century. 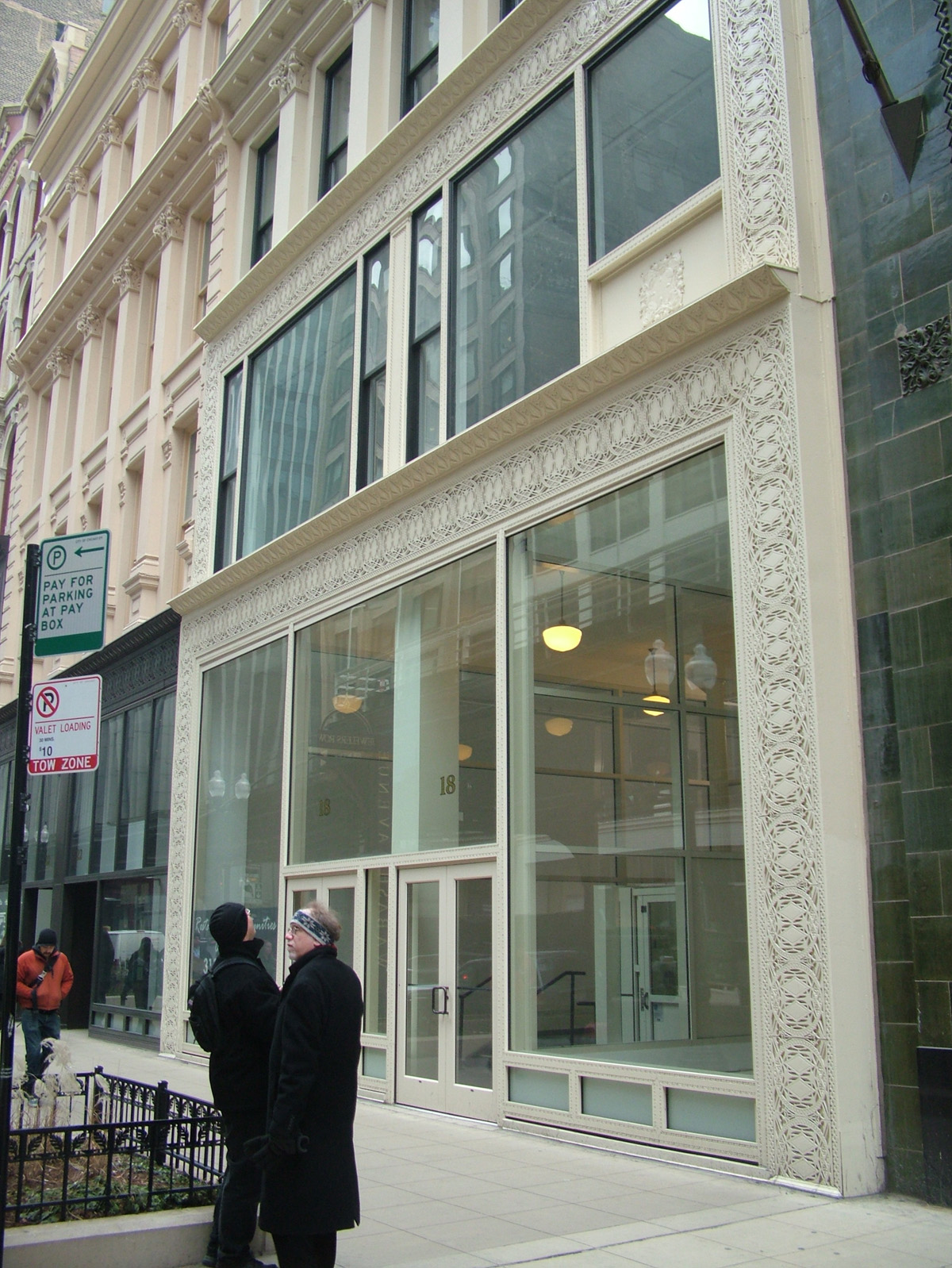 Here is the show we had up this April from students in the BFA program first year: 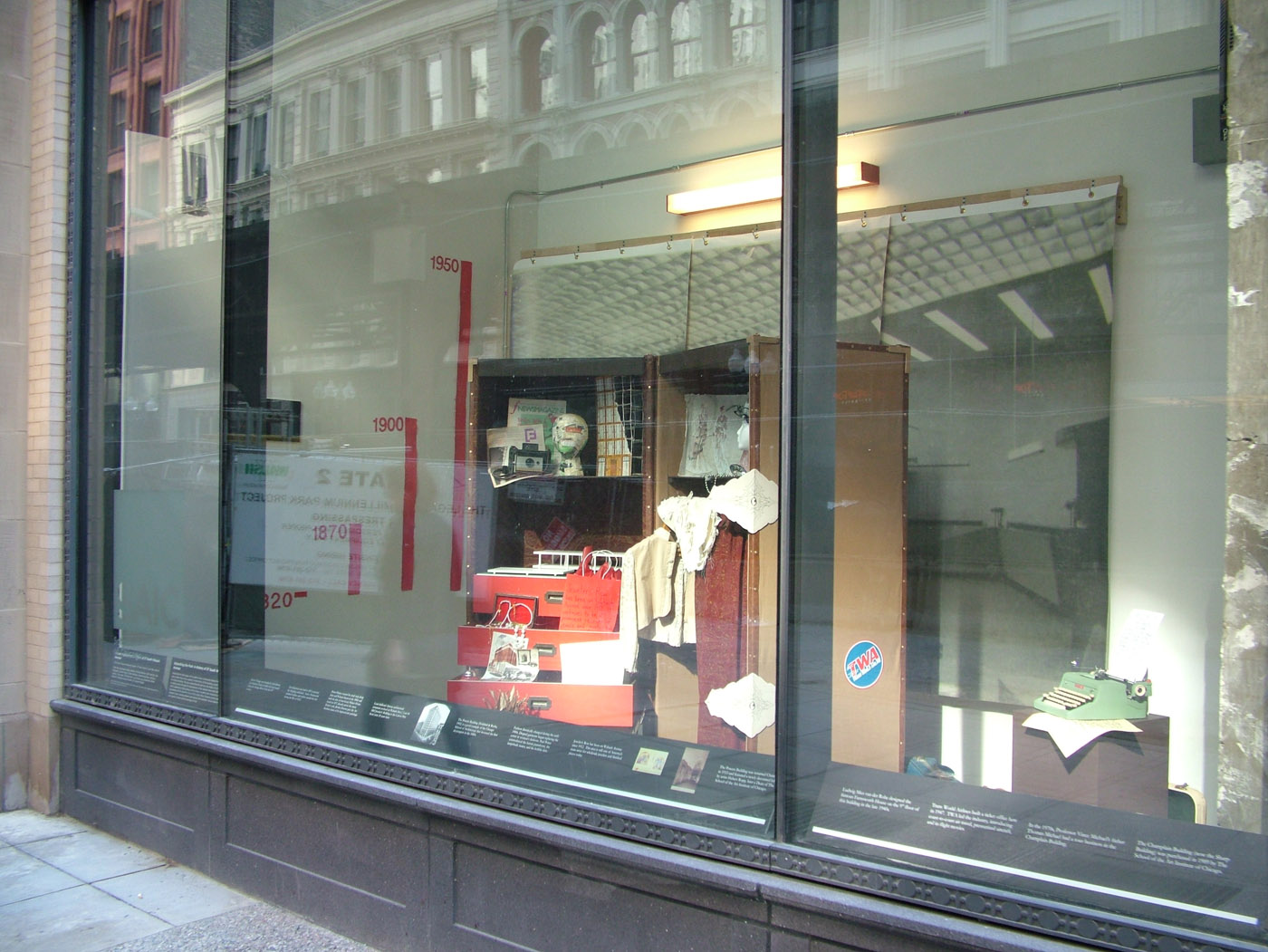 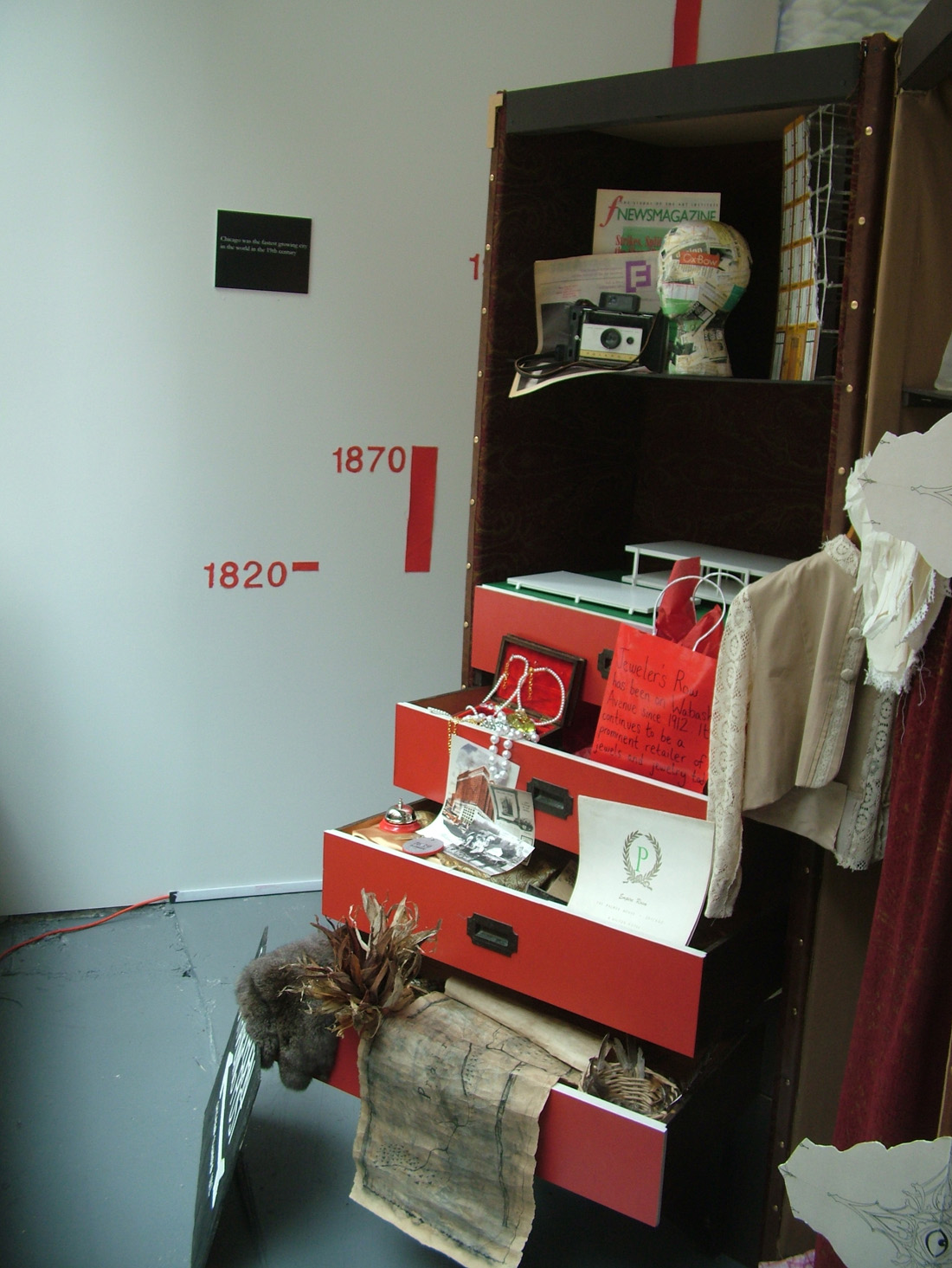 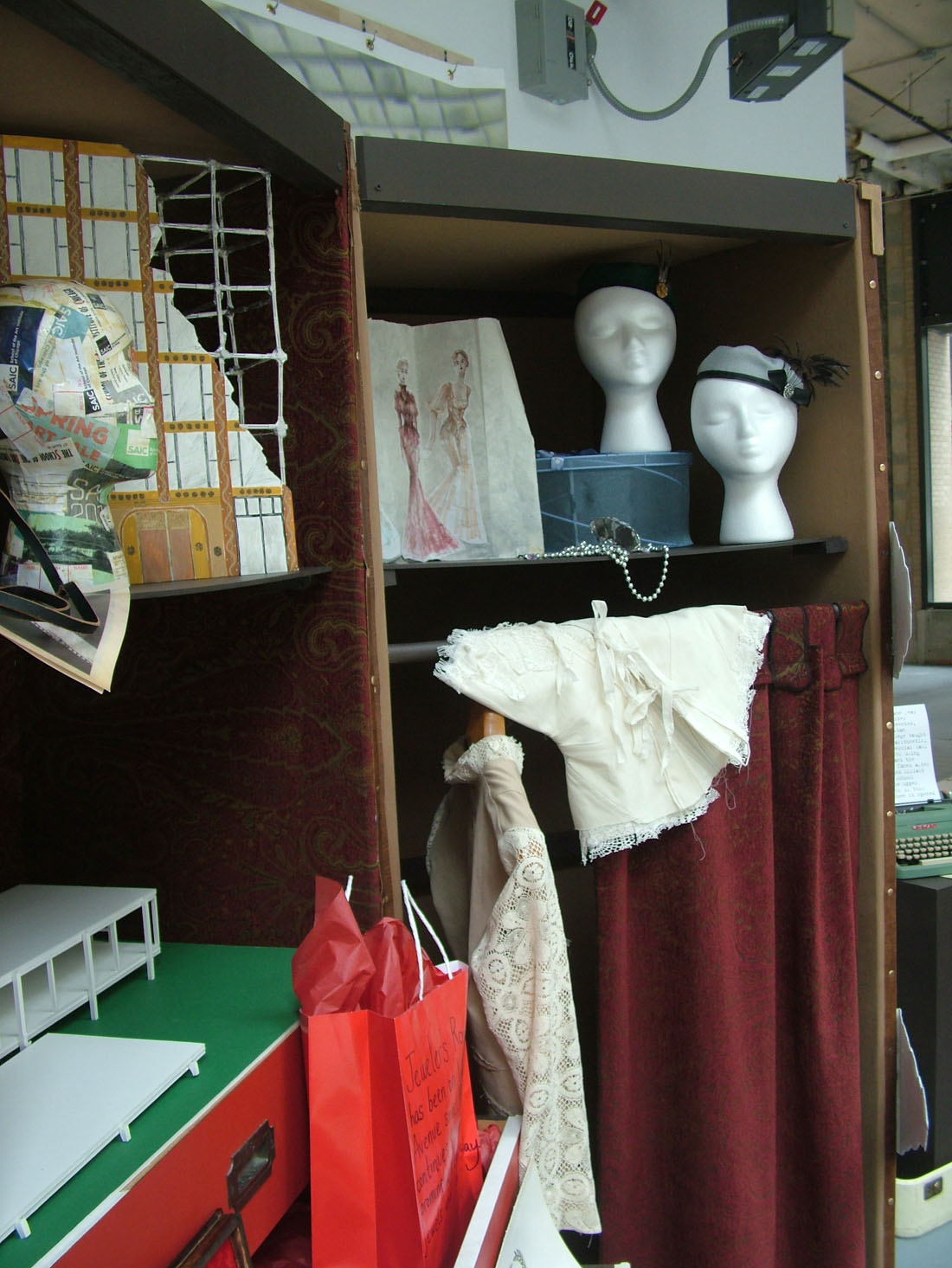 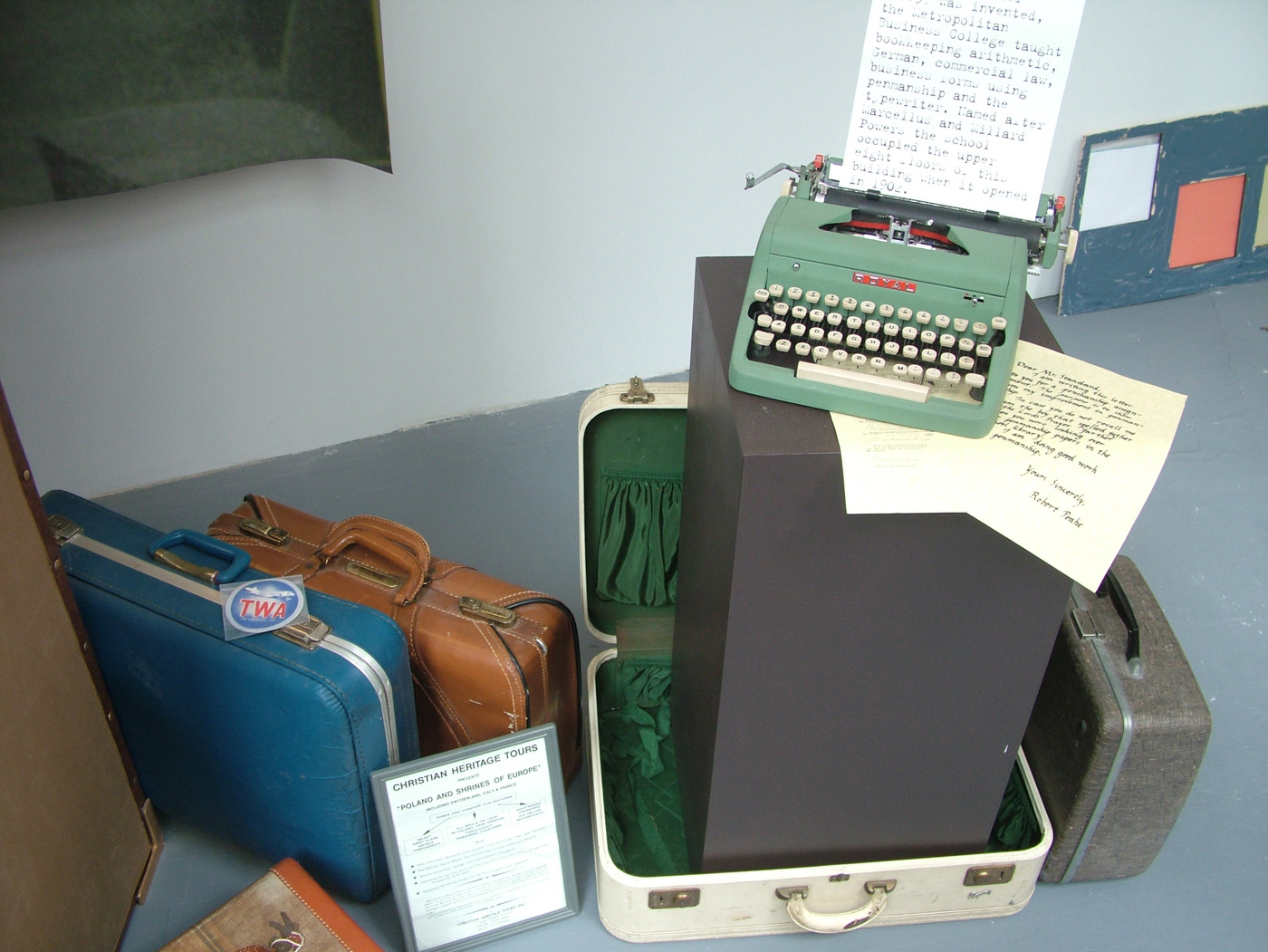