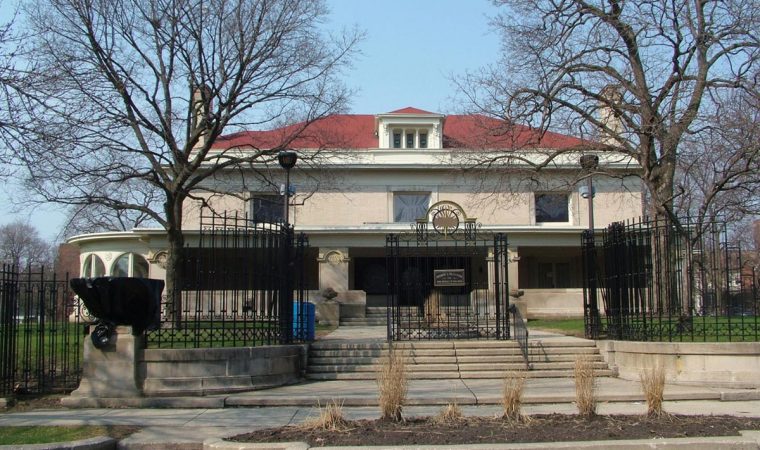 I have been involved with the Pleasant Home Foundation in some fashion almost since it was set up in the early 90s by a group that included former SAIC President Tony Jones. I moved to Oak Park in the later 90s and had a regular gig talking to groups there every May, offering insights into the relationship of Pleasant Home’s architect, George Washington Maher, and his more famous contemporary, Frank Lloyd Wright. Maher designed Pleasant Home in 1897 and you could argue he achieved many aspects of the Prairie School idiom a year or two before Wright. (The name comes from the streets – Pleasant and Home – whose intersection it occupies.)

The house has the broad eaves, overhanging hipped roof and decidedly horizontal massing of the Prairie School. It also has urns flanking the entrance and is centered on the hearth/fireplace, a device Wright also used. 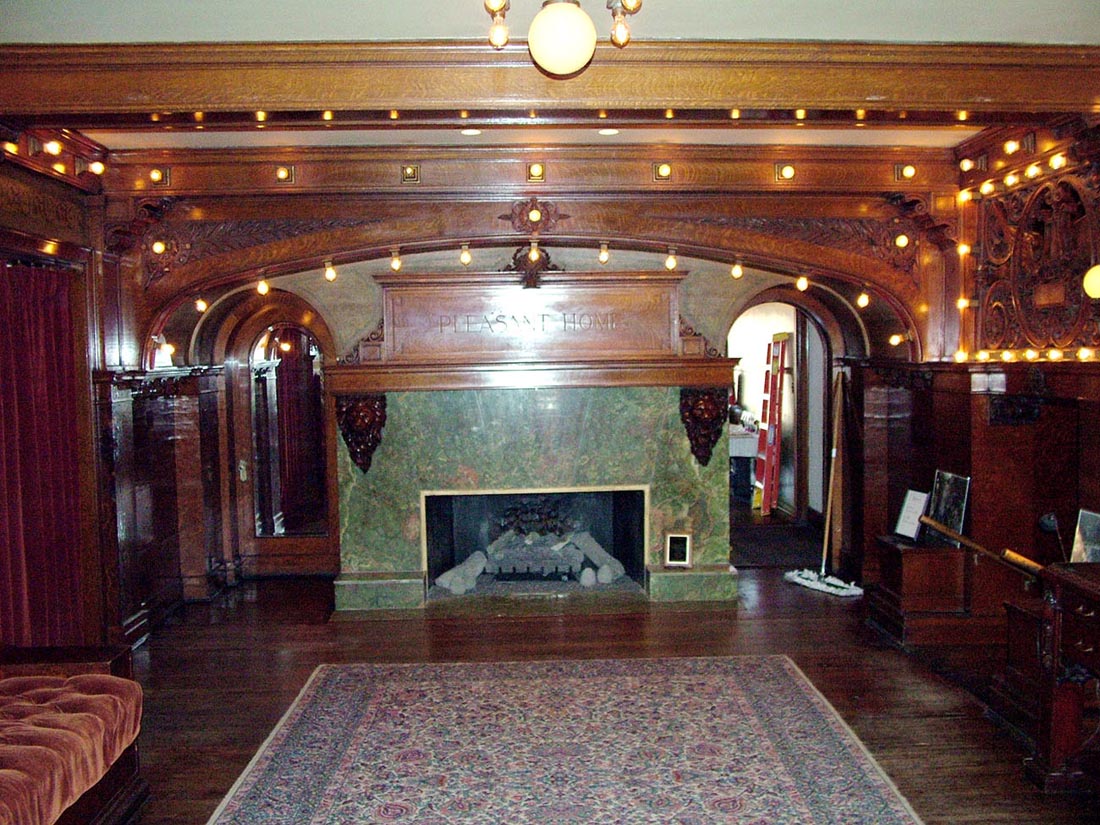 Both Wright and Maher had worked together in the office of Joseph Lyman Silsbee, who developed very sculptural proto-modern compositions in the Shingle Style, which emphasized continuous surfaces, one of the often-overlooked but essential markers of the Modern. Maher started his own practice several years before Wright, and admittedly was more conventional in his compositions, employing a rhythm-motif theory whereby key elements – in Pleasant Home a shield, a tray and a lion – were repeated in stone, wood and stained glass ornament. 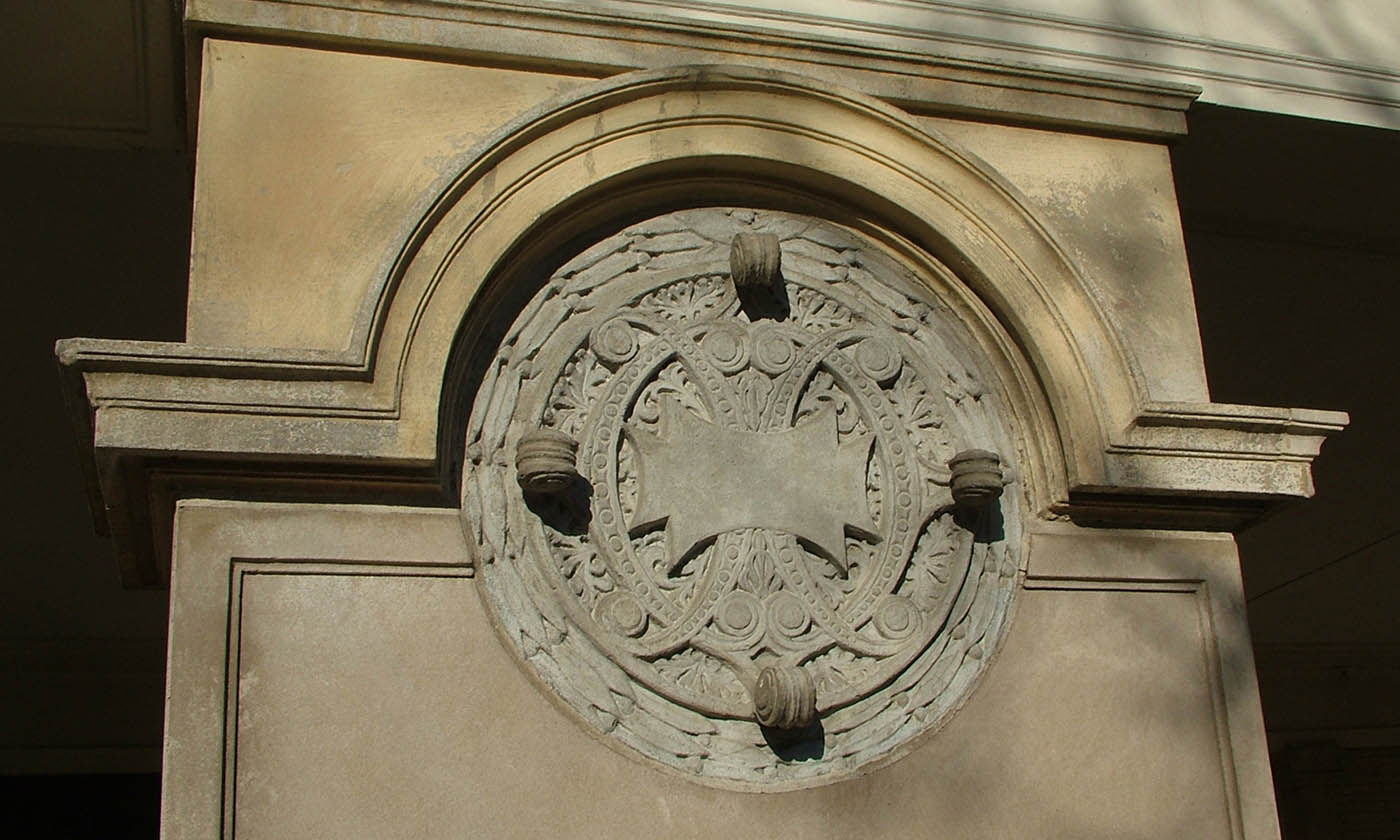 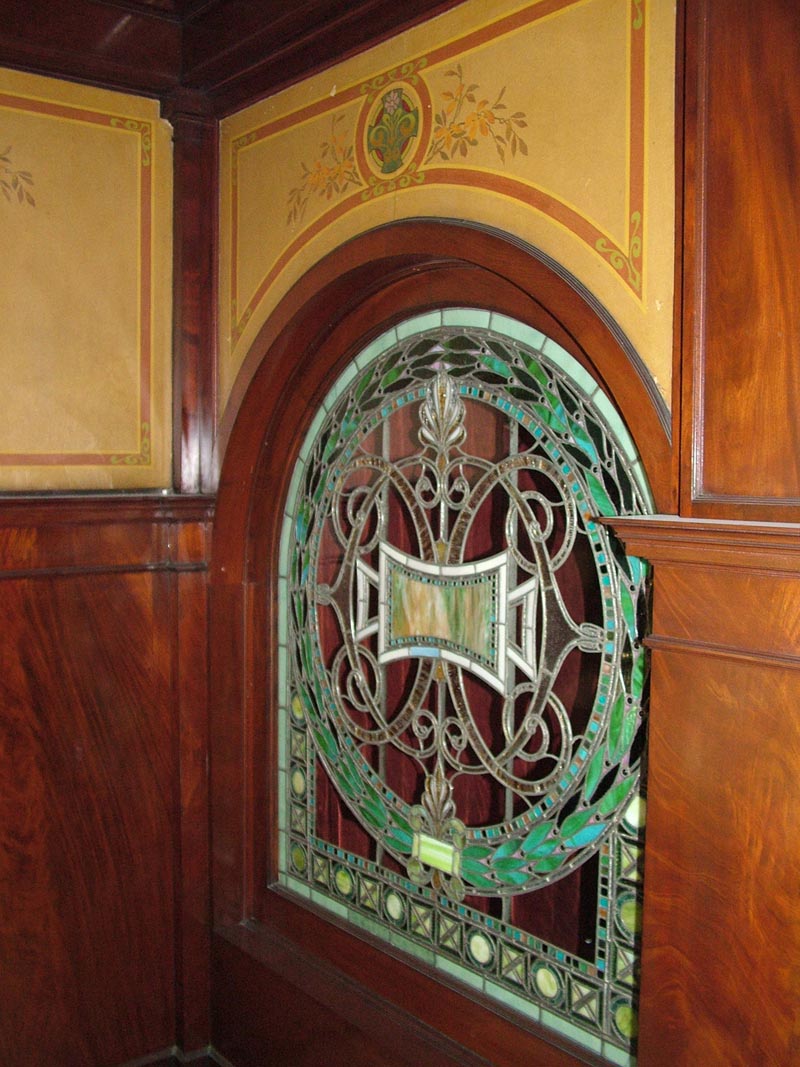 Like many early Prairie homes, Pleasant Home was a large house for a wealthy client – John Farson – during the dawn of the Progressive Era and the American century, when business people wanted to appear forward-looking. Modernity aside, it was a big, fancy house. It passed to the Mills family in the early 20th century and eventually to the Oak Park Park District in 1939, and over time senior activities were organized on the lower floor while the Historical Society of Oak Park and River Forest occupied the upstairs. In the 1990s Tony Jones and others crafted the Pleasant Home Foundation to operate the house as a museum, although it still gets only a fraction of the visitors who come to see the Frank Lloyd Wright Home and Studio a half-mile to the north (on the same street!). 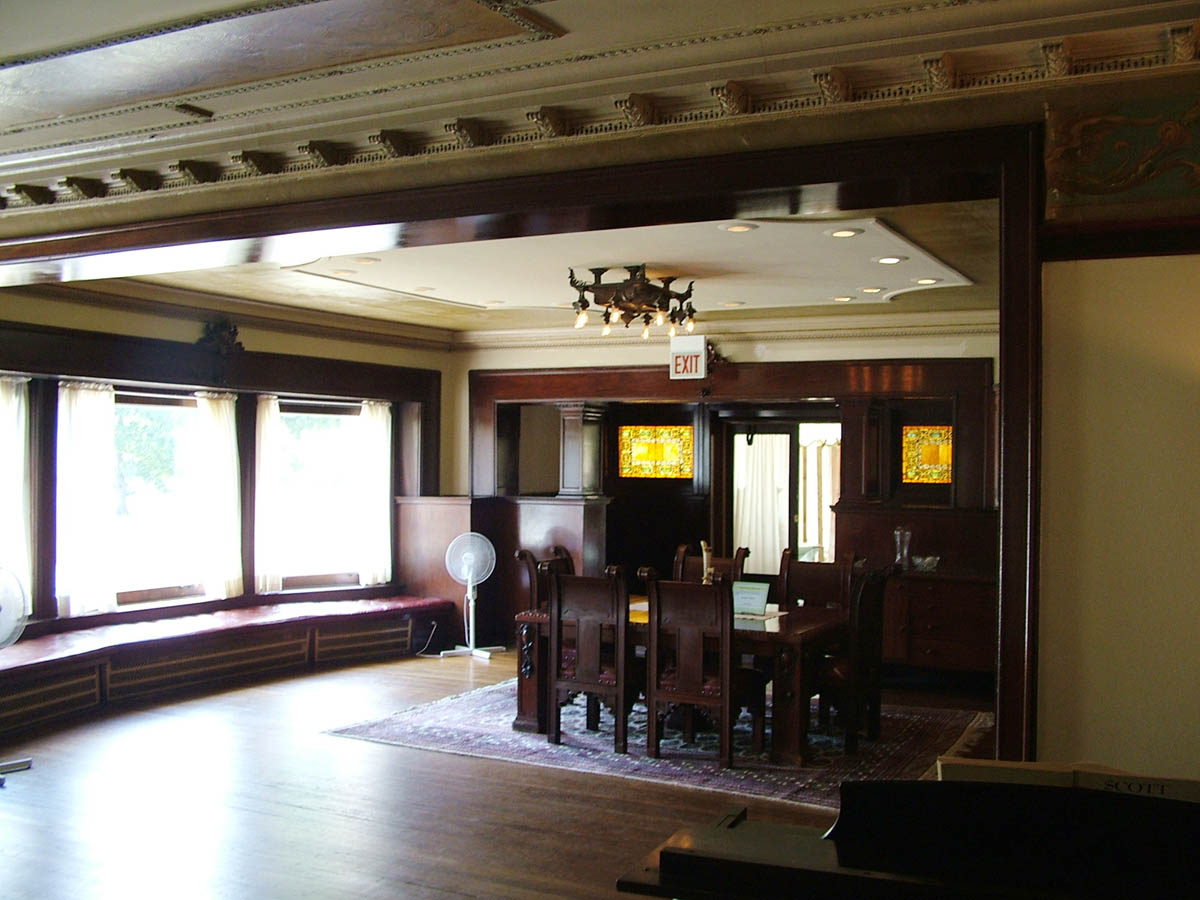 So I have lectured there and brought groups to the house under the previous Director, Mary Beth Blattner, who had the house listed as a National Historic Landmark, and the current one, Laura Mercier Thompson, who just got a letter from First Lady Michelle Obama announcing that Pleasant Home had become one of the newest stewardship sites of Preserve America, a national program administered by the Advisory Council on Historic Preservation. It is a big deal, one of a couple Executive-level programs, along with Save America’s Treasures, that recent Presidents have instituted. 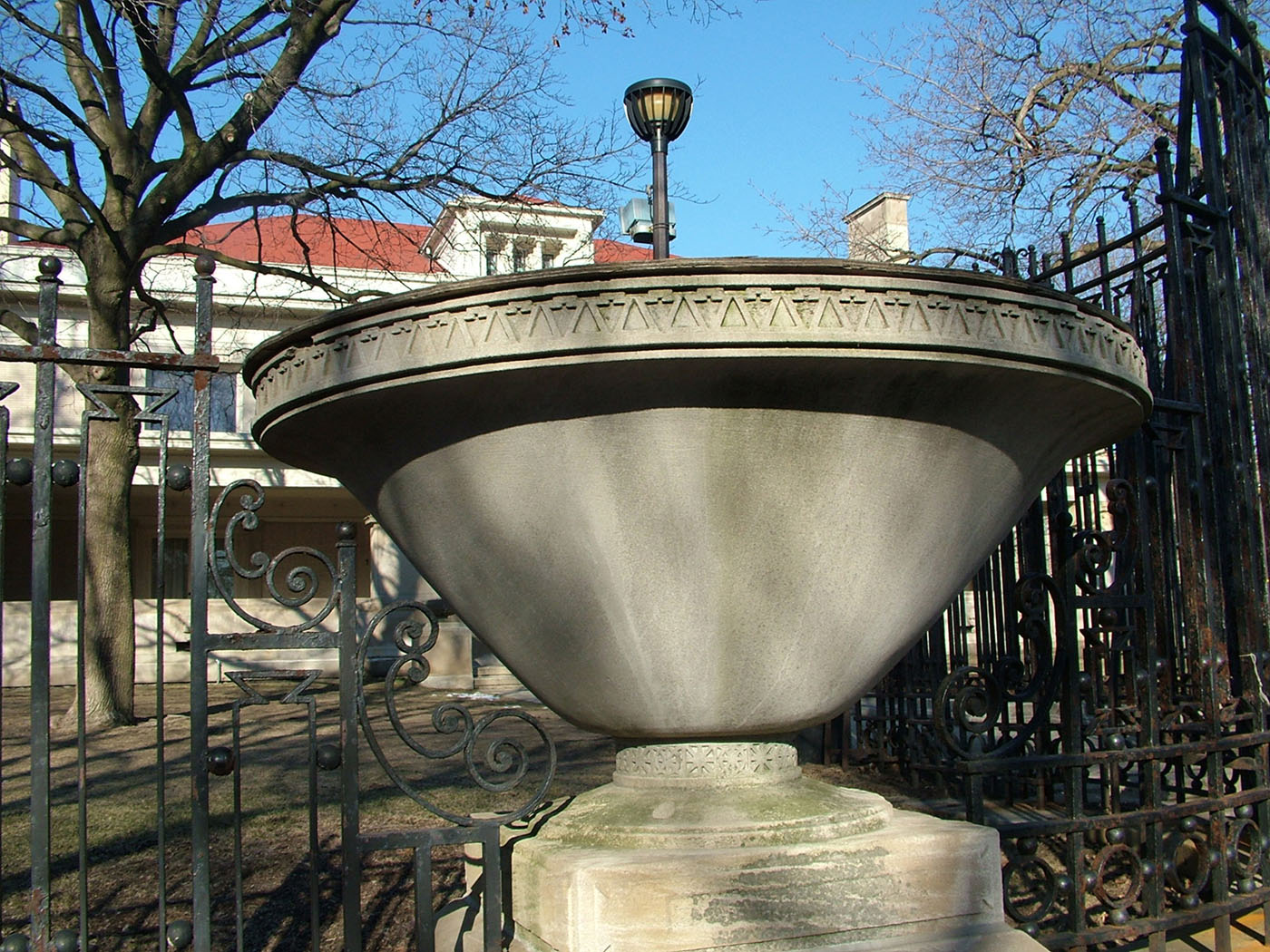 I have been pleased to be involved a little with the Restoration Committee at Pleasant Home, and our students did HABS drawings of the house back in 2000-2001. I recall one time when the library restoration was being discussed and we were trying to determine whether a certain lamp was from the Farson era or the Mills era, and Kathy Cummings (the expert on George Washington Maher) and I noticed a calendar on the wall in an undated photo, which we were able to use to determine the date of the photo and help guide the restoration. It was a fun “detective” moment. 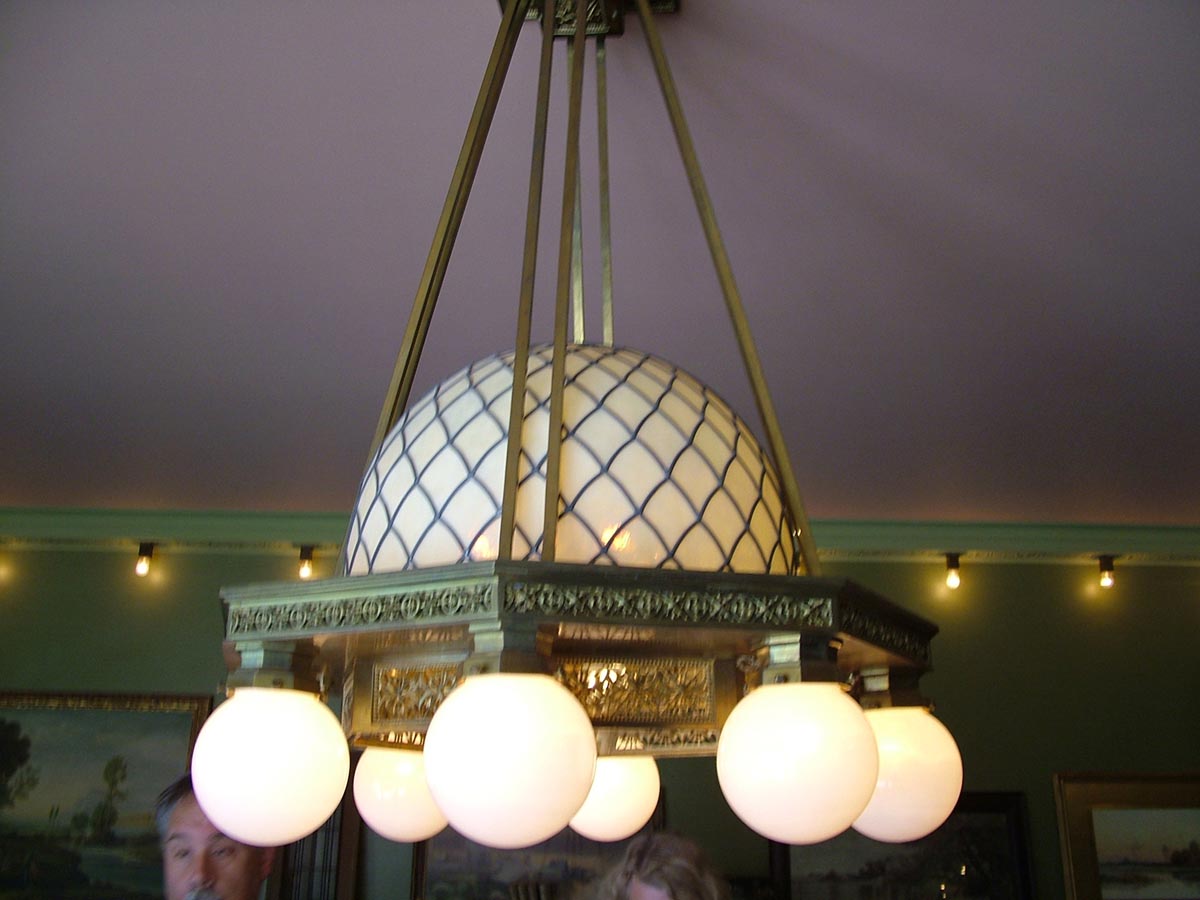 Another moment occurred five years ago when the front gate was being restored at a metal shop in a nearby suburb and architects John Thorpe, Frank Heitzman, Leslie Gilmore and I were looking at the proposed “shield” pattern for the crown of the gate and realized it did not match the photo. John sat down on the floor of the shop and sketched out the correct pattern. 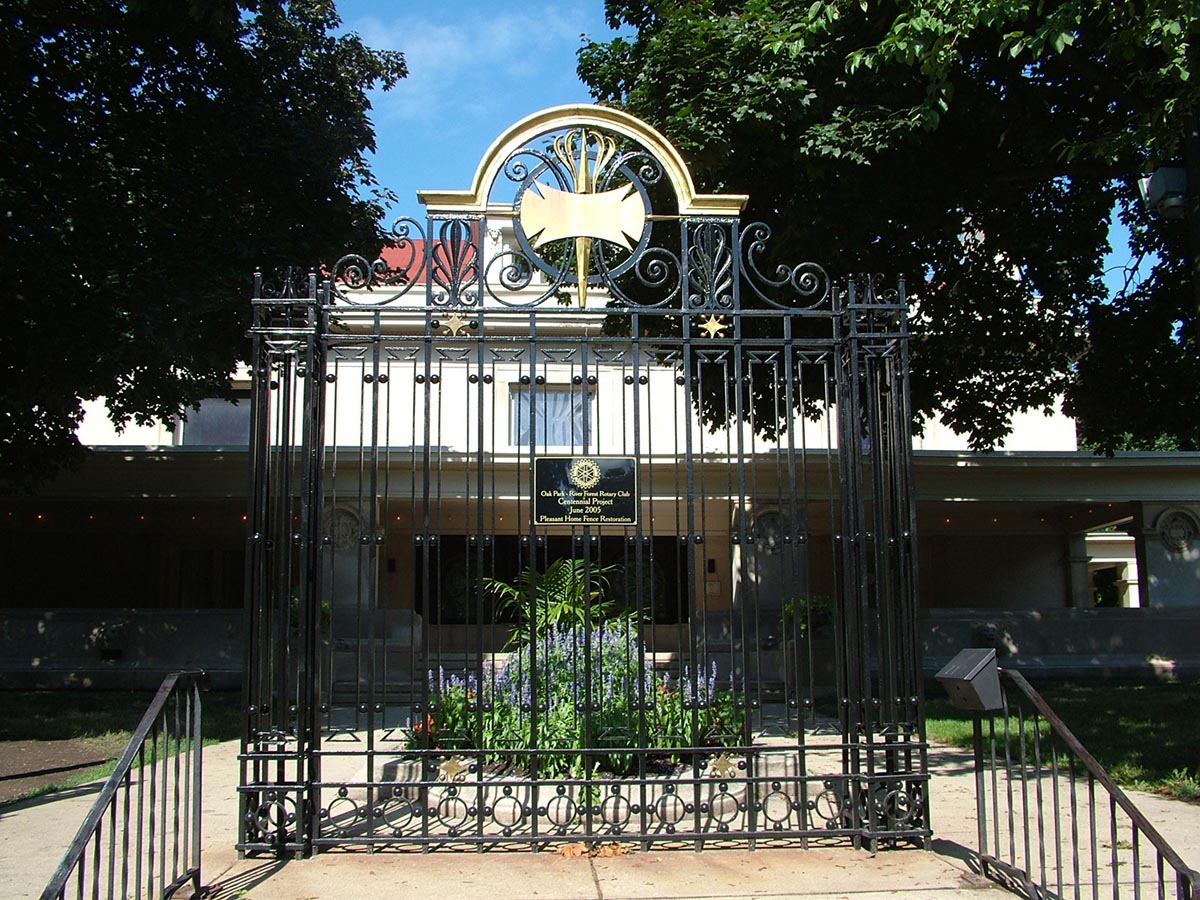 I have been too busy the last couple of years to participate much with the Restoration Committee, although they did bring me back last summer to give my old “Wright and Maher” side-by-side slide lecture. But you should visit – it is a half block from the train line (Metra and CTA) and now it is most deservedly a Preserve America Steward. 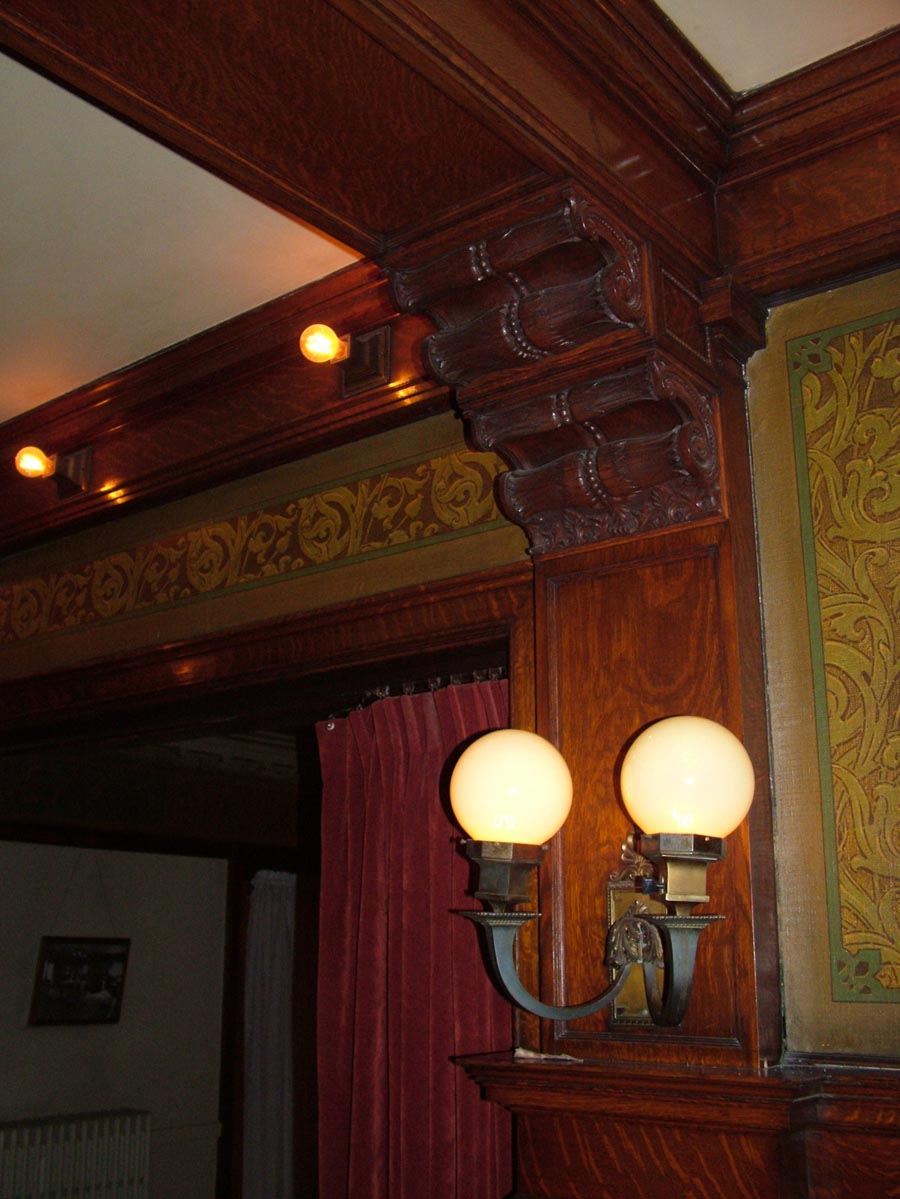