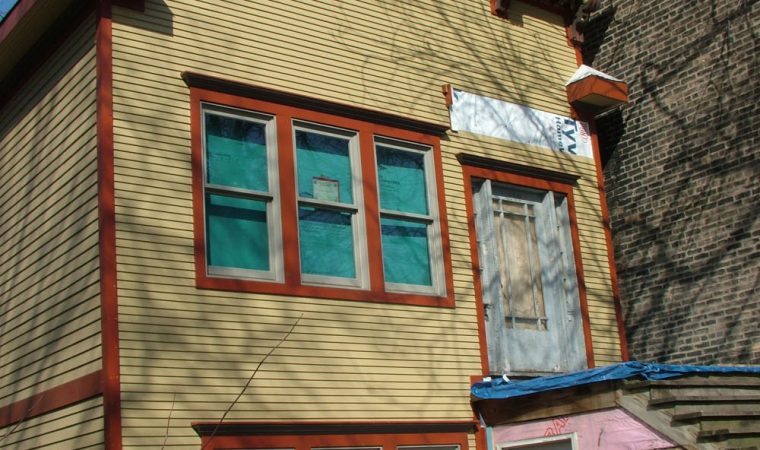 My graduate student seminar this Spring at the Master of Science in Historic Preservation program is focused on historic districts: their history as an expression of community planning and their evolution as an aspect of the historic preservation movement. It builds on my dissertation, which argued that the historic district impulse is about community control in a much broader sense than the more refined motivation of architectural and historical building conservation. Mostly I focus on the residential neighborhoods where the movement has been prevalent over the last eight decades, places like Greenwich Village in New York and Old Town in Chicago.

This semester we had the opportunity to survey two commercial areas in Oak Park, the South Town district on Oak Park Avenue near the Eisenhower Expressway and Harrison Street, the arts district Oak Park has been promoting just north of said expressway along its eastern edge. 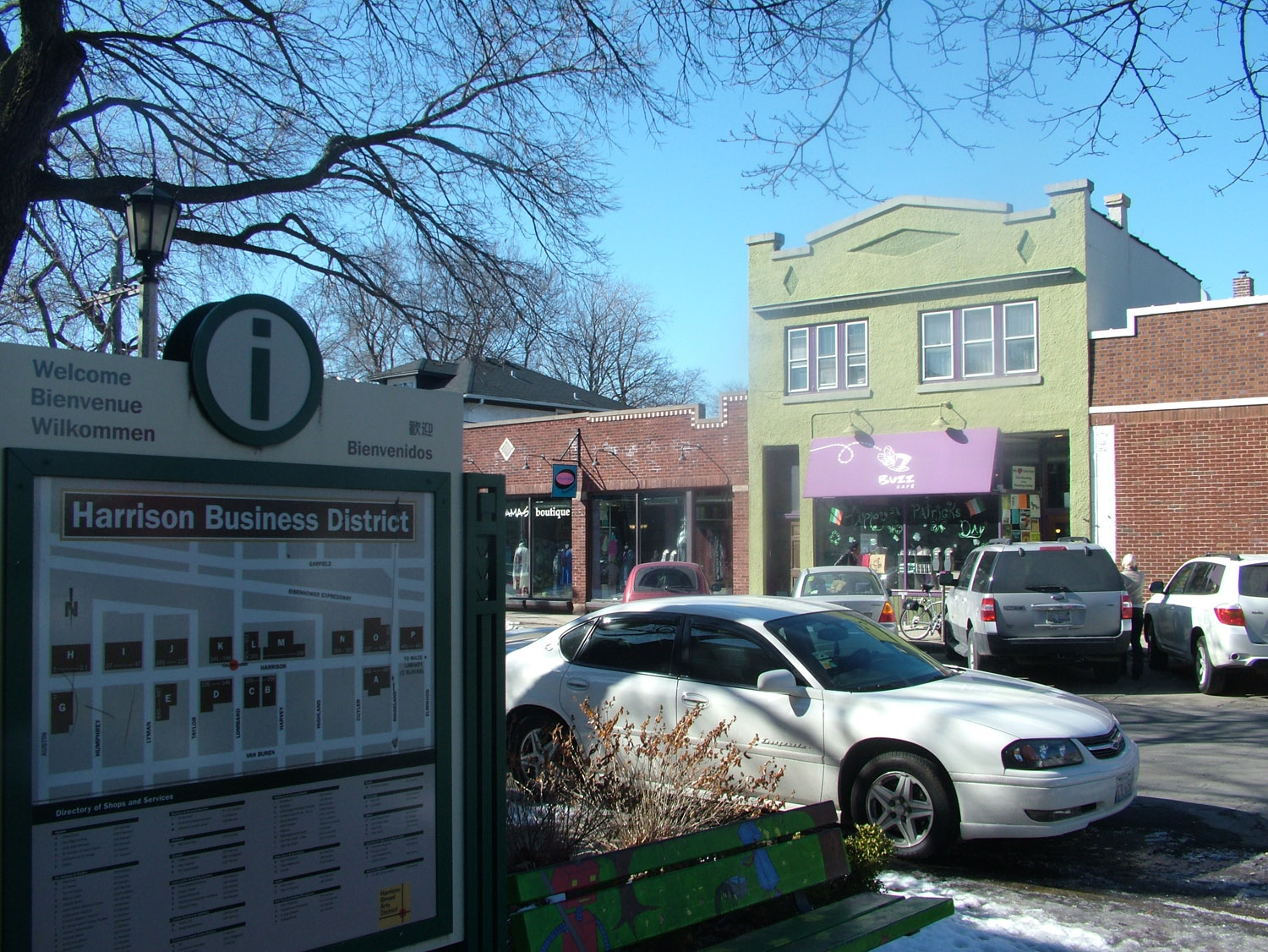 Besides fulfilling the “real world” project standards we prefer at The School of the Art Institute of Chicago, the survey project has also been an interesting investigation into the nature of non-residential historic districts, which have their own history. In the 1970s, numerous courthouse squares and historic Main Streets and downtowns were listed on the National Register of Historic Places. Nearby examples include Lockport, an 1930s canal town just 35 miles from Chicago. 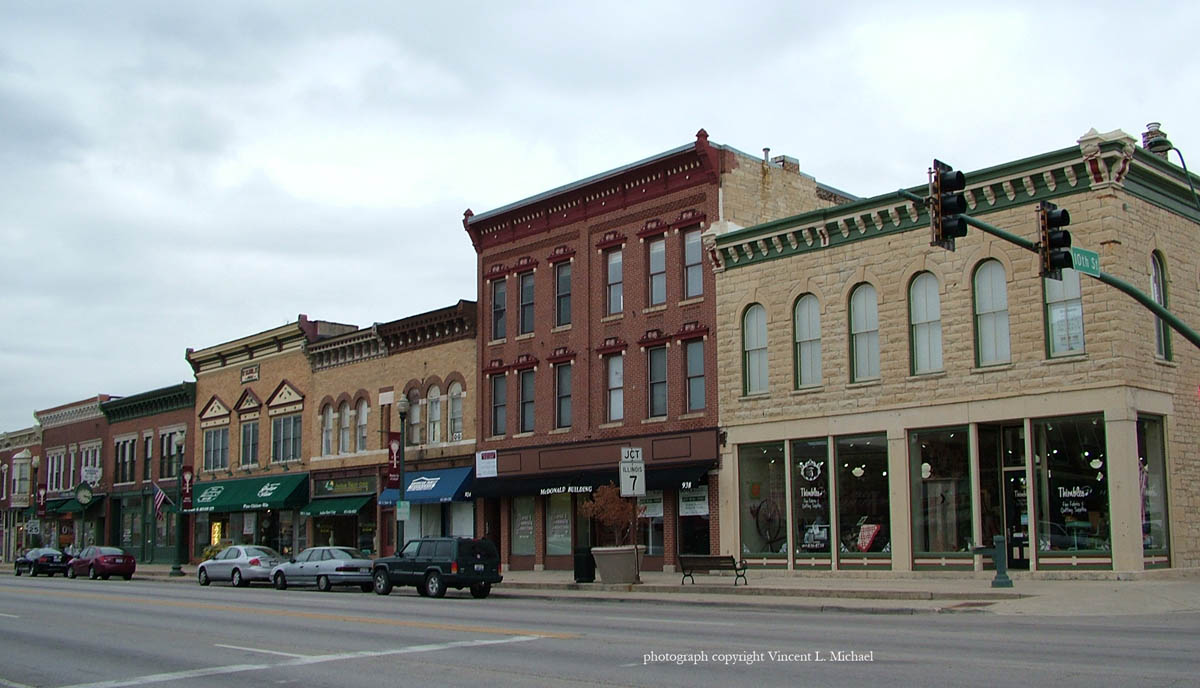 Some of these commercial historic districts have also achieved some form of local landmark status. In Oak Park itself, the Avenue district at Lake Street and Oak Park Avenue is part of the Ridgeland district on the National Register and now reviewed by the Oak Park Historic Preservation Commission. 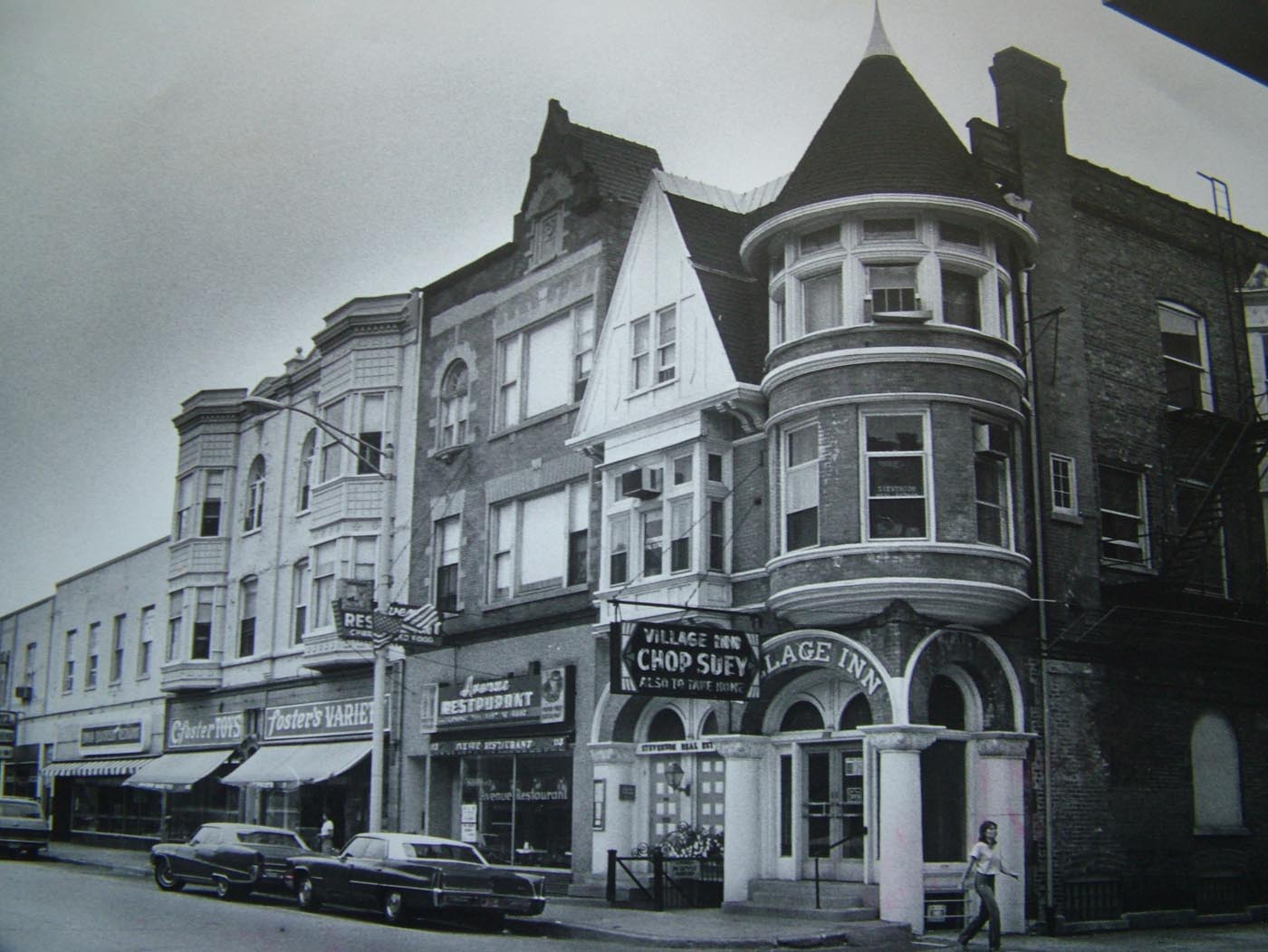 The Avenue district has been quite a commercial success over the last two decades it has been a landmark, in contrast to Downtown Oak Park, which has resisted BOTH historic district status and consistent economic vitality. 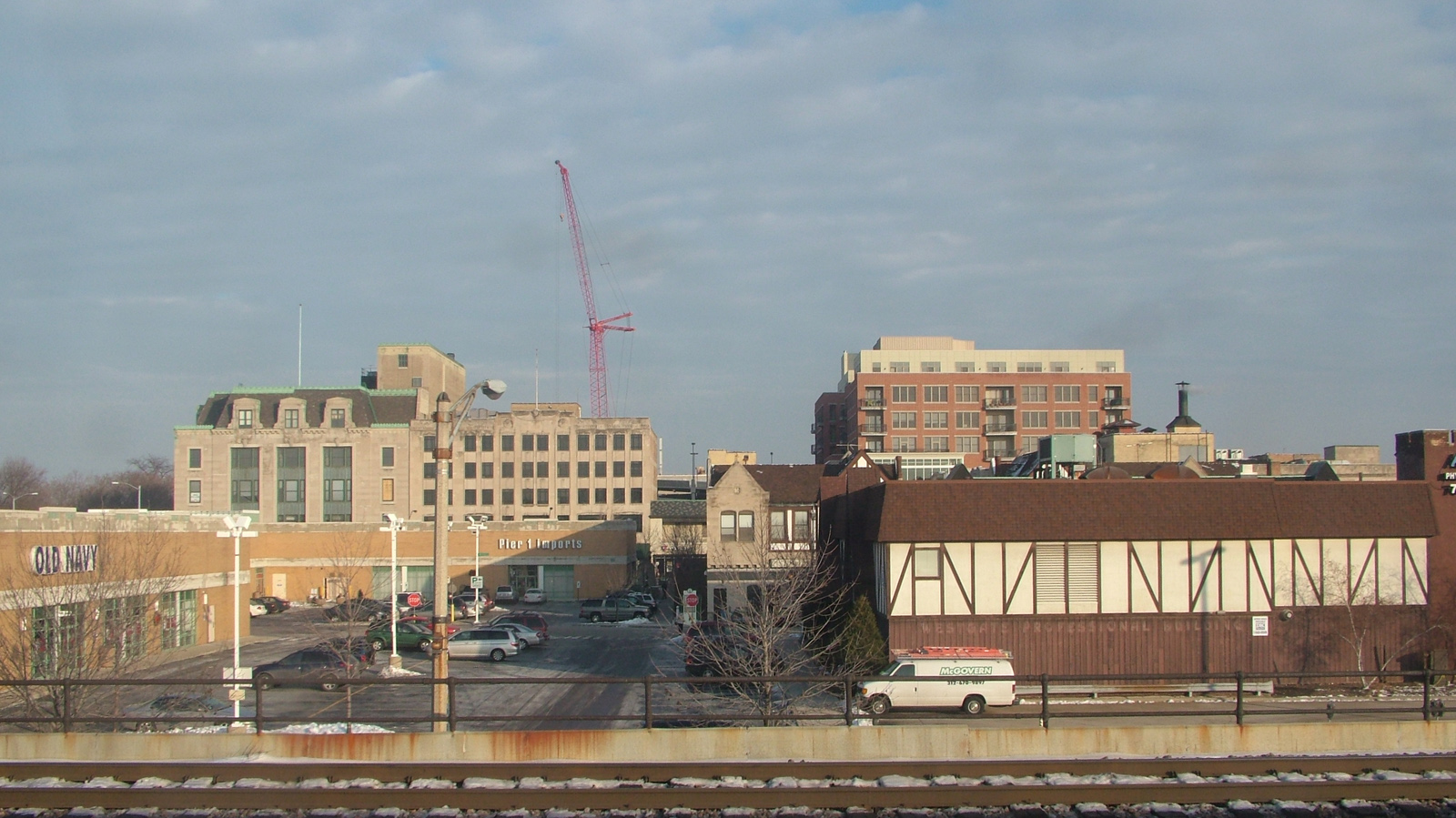 I’m not saying those two are correlated: you can certainly have economic vitality without historic district status, and you can have historic district status without economic vitality. Historic districts tend to stabilize and increase values, a pattern more evident in residential neighborhoods, although the Avenue is a good example of how it works in commercial areas. Recently Chicago has designated more commercial districts, beginning with Armitage-Halsted in 2003 and continuing this year with Milwaukee Avenue, part of the Wicker Park National Register district that was originally excluded from the Chicago Landmark district in 1990. 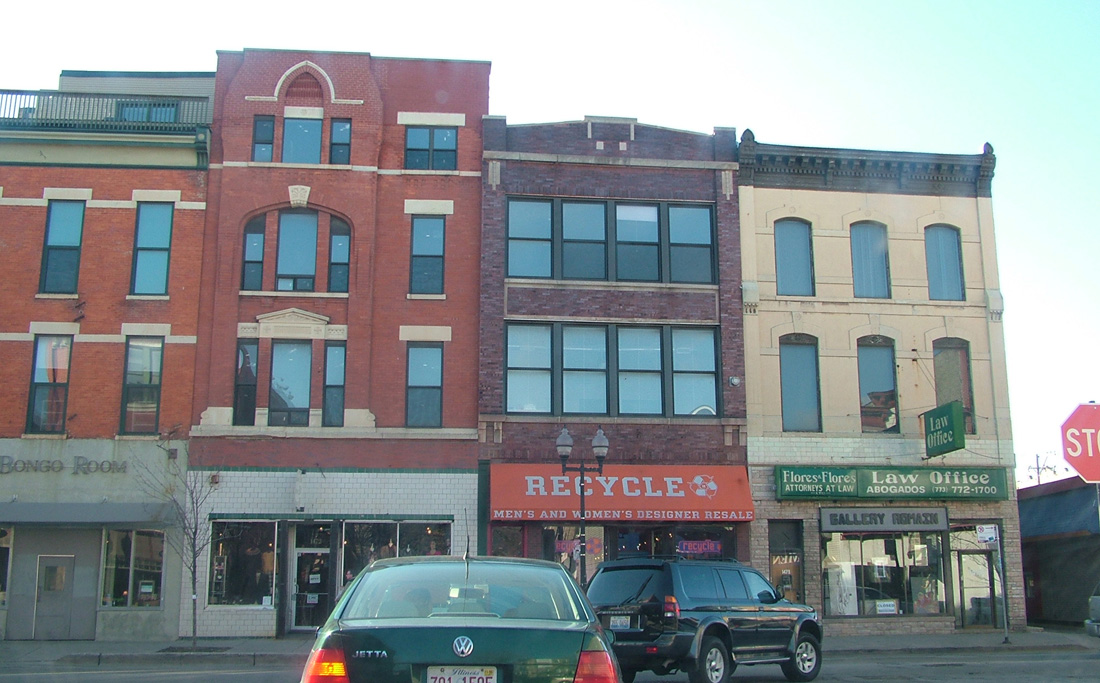 Now all of this is prelude to what my graduate students are doing, which is following the preservation process: survey, evaluate, register. Tomorrow night they will present their findings to the Oak Park Historic Preservation Commission. They may find sufficient buildings of merit to recommend a potential historic district: they may not. They may identify some buildings that merit designation (South Town already has one local landmark) or they may not. Their findings will be presented tomorrow night. The process is what is important. 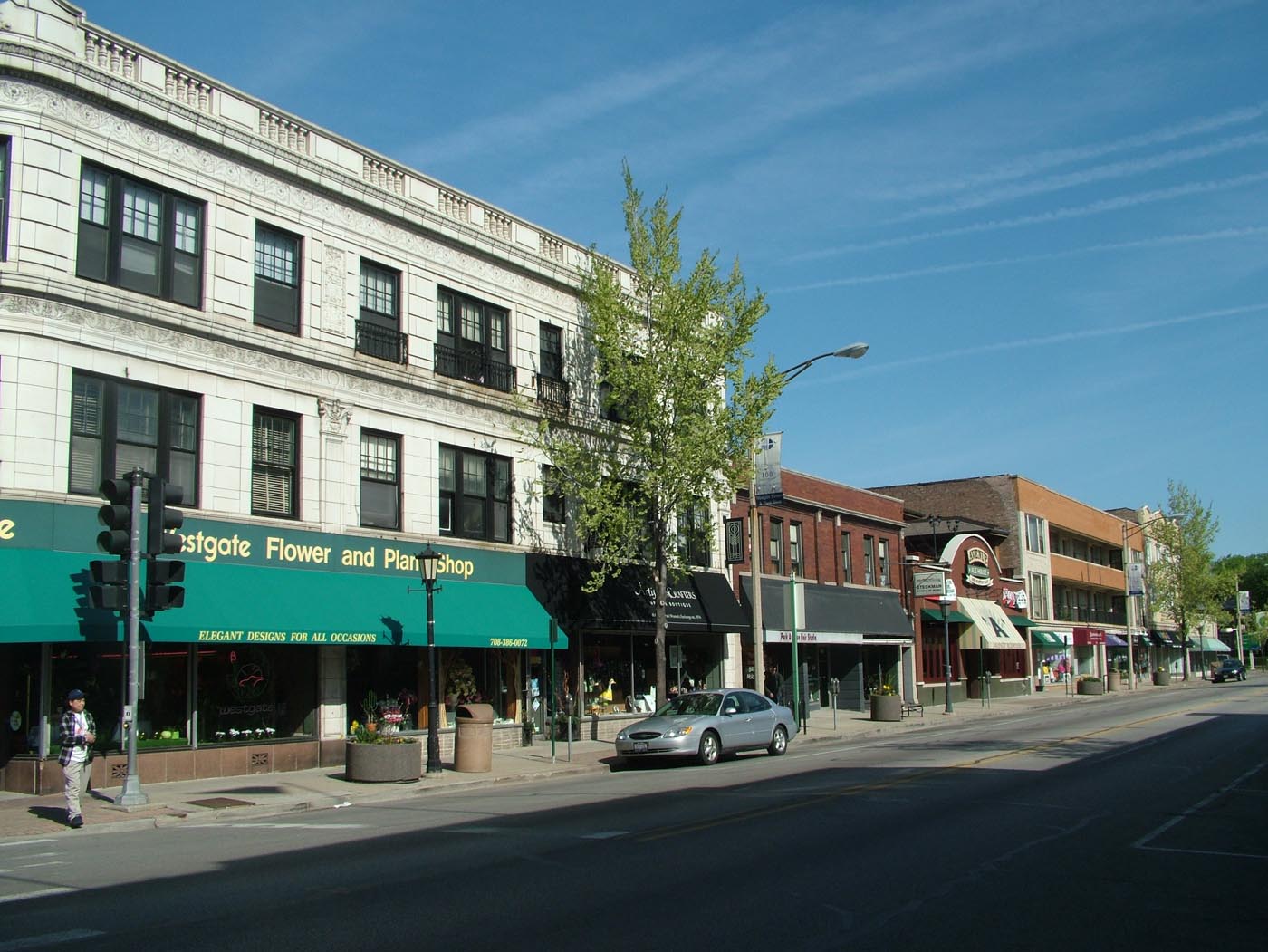