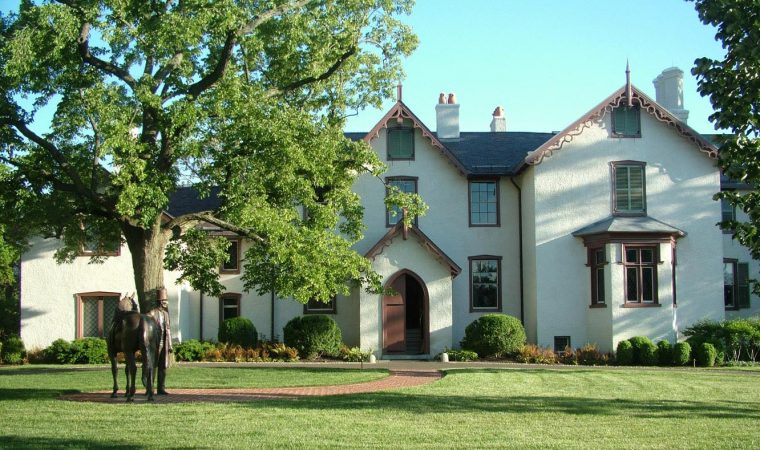 We held the retirement party for longtime National Trust President Richard Moe at President Lincoln’s Cottage in Washington, D.C., one of the newest National Trust historic sites and a fitting place to pay tribute to a leader who helped transform the preservation movement into a vital, relevant force for how people decide the future of their communities in this country. Dick Moe took a collection of mansions and made it a representation of our multiple cultures, from Acoma Sky Pueblo to the East Side Tenement Museum, from Tuoro Synagogue to the Gaylord Building, from the Farnsworth House to the Hotel De Paris. He ushered the fight against sprawl and the struggle for sustainability into the heart of the preservation movement. You can’t posit a more transformative leader. Moe will remain involved at Lincoln Cottage, an 1840s Victorian cottage where the 16th President spent a full quarter of his Presidency.

I was intrigued by the interpretation of the Lincoln Cottage. First, a separate historic building, a lovely tile-roofed Renaissance Revival building from 1905 serves as the Robert H. Smith Visitors Center. This was one of the first LEED certified Gold historic rehabs, fulfilling the sustainability mission Moe set out for the Trust three years ago. 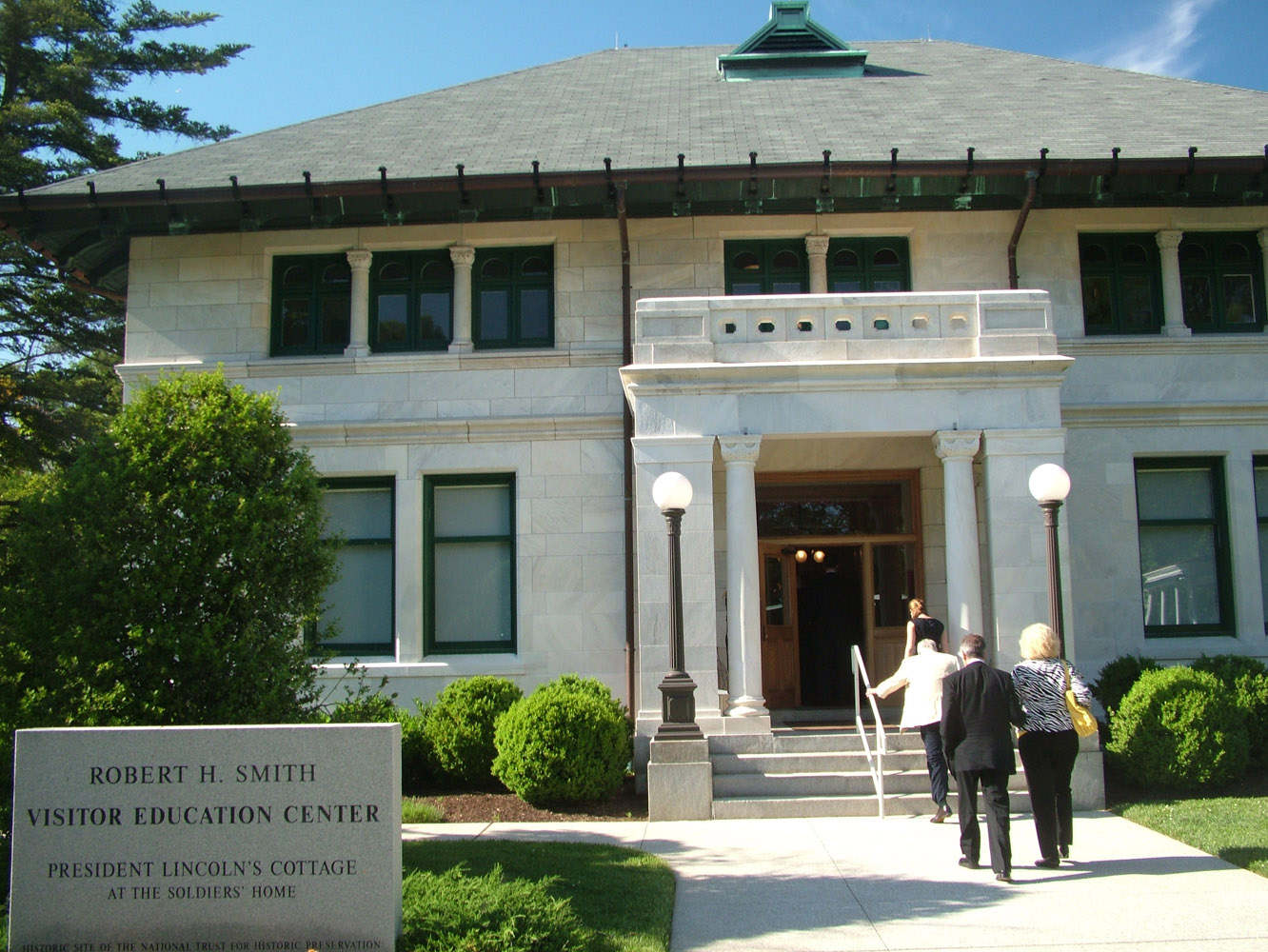 Now, many historic sites use tour guides, and many use short introductory films, videos, and audio and signage as interpretation. None of this is new. But President Lincoln’s Cottage combined these traditional forms in a new way. You begin with a 7-minute video about Lincoln and the cottage, but it is projected on three window shades, which at the conclusion rise up to reveal the cottage beyond. You then follow the guide to the cottage itself, but rather than simply one voice, the guide triggers video and audio in various rooms, detailing both the character of Lincoln and the nature of the house and his occupancy of it. 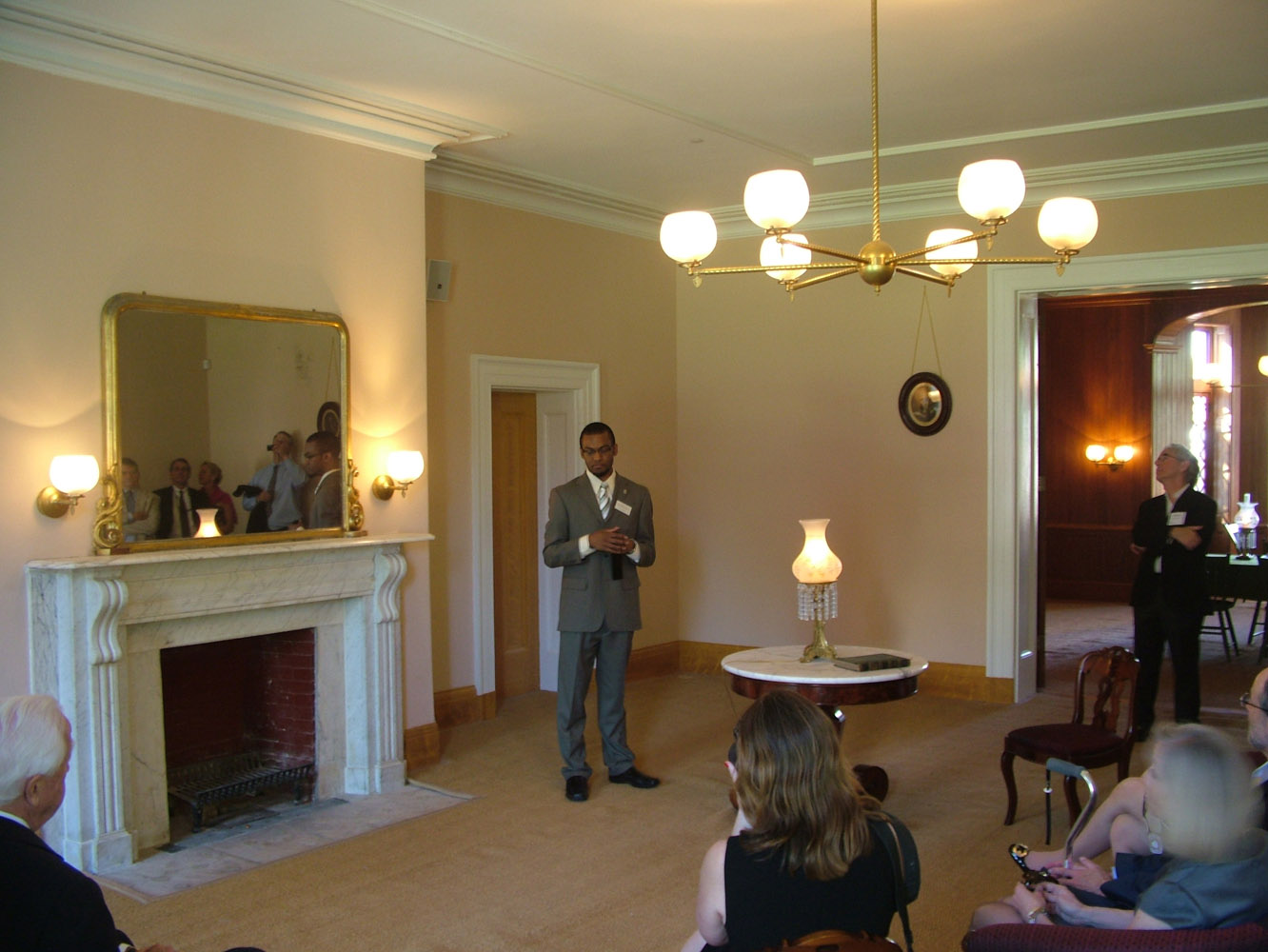 Too often museum professionals and others take an “either-or” approach, charging headlong into technology or remaining staid in a timeworn approach to touring a site. I like the model here, because it keeps the visitor engaged with the video and audio in a way that does not happen when it is only the media and the participant alone. Moreover, it provides that alternating voice that is so essential to maintaining interest in a story. There is an arc to the narrative, centered on the Emancipation Proclamation and the Thirteenth Amendment, and I have to say I did not realize the full breadth and nuance of that story until I toured President Lincoln’s Cottage. 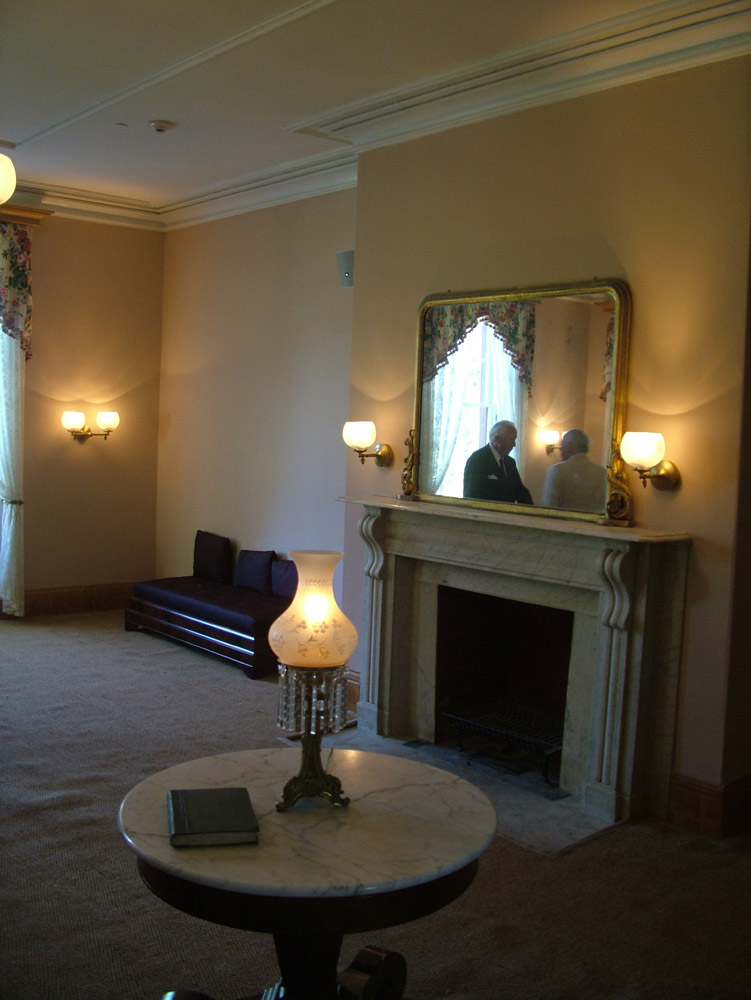 The house itself is relatively barren – only a few period pieces of furniture – the Lincolns would haul their furniture up the 3 miles from the White House – and we have little knowledge about how the second floor was used for bedrooms, but the interpretation not only acknowledges all this, it makes it an advantage. Jim Vaughan, Vice President for Historic Sites at the Trust, said he has been trying to move beyond the velvet ropes at historic sites for thirty years and this site has no velvet ropes. But it ropes you into its story and its sense of place and provides a good model for how to bring historic sites to life.