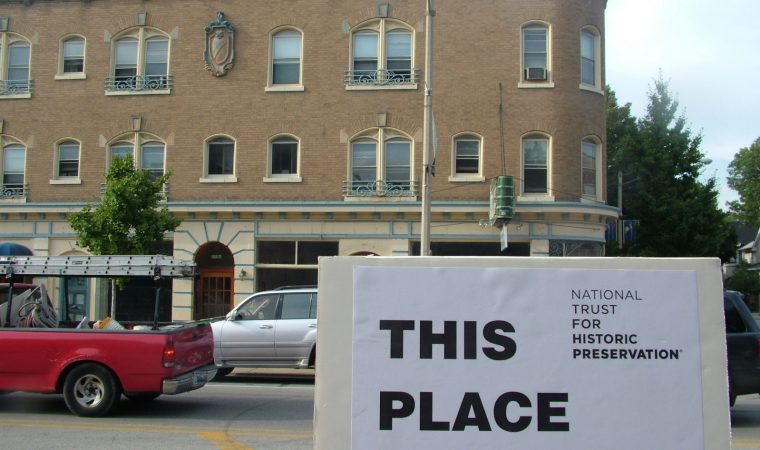 Yesterday we announced the hiring of Stephanie Meeks as the eighth President of the National Trust for Historic Preservation. Meeks spent many years at the Nature Conservancy, eventually becoming CEO of that not-for-profit, developing formidable chops in advocacy, management, public relations and fundraising. We are genuinely excited to have a leader of this caliber and pedigree.

I think Meeks’ experience in land conservation will serve her extremely well in the arena of heritage conservation. Over the last 18 years Dick Moe has brought the National Trust into the 21st century, leading the group into the fight against sprawl, pushing beyond the four walls of stuffy house museums and antiquarian peccadillos into the streets where people lived and played. The National Trust for Historic Preservation is about saving the places that matter to people; about saving community; about planning for the future, not the past.

And then three years ago Dick Moe took the next step: he said historic preservation was about sustainability. He backed it up with a slew of facts and I was thrilled when he did it, because in an era when we care about waste of resources and the carbon footprint of our lives and homes, sustainability IS preservation. Now, Stephanie Meeks, whose career has been about saving places that matter to people and the natural environment that sustains human life, can build on this sustainable foundation. Or perhaps the better analogy is not to build but to continue to adapt and improve the National Trust “house” for the concerns and communities of the 21st century.

In Tulsa in October, Don Rypkema gave a great speech about the next 50 years of historic preservation. In it, he said straight out that the next President of the National Trust should be a woman. And here she is and I believe that the movement to conserve our built heritage will be enriched by her presence.

I wrote a blog in response to Don’s speech, and both texts will be in the next issue of Preservation Forum (Join Forum now!) and we will be doing a live chat on the topic with Forum members in late July/early August. Stay tuned!