Lead Paint, Asbestos, and other excuses 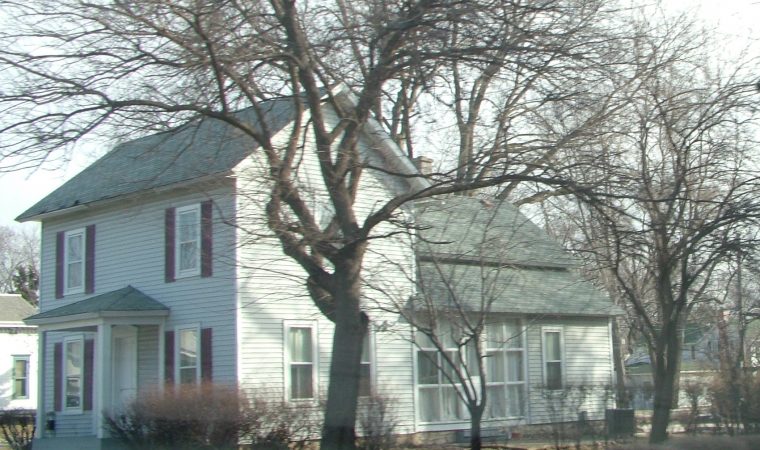 There was an article the other day about the demolition of the Clow Stephens House, an 1870 farmhouse in Plainfield Park. Among the comments from the Park District that owns it was: “The windows have lead in them and some of the flooring and shingles have asbestos.”

People who cannot fathom how an historic building might be reused and rehabilitated often conclude it must be demolished. Sometimes it is simply a failure of vision. Sometimes decision-makers have no experience with historic buildings: sort of like the contractors who offer to replace your windows because they have never fixed one and don’t know how. Sometimes it involves bean counters who only know how to finance something new (developers are usually better at historic buildings than bankers, BTW.)

But once they decide on demolition, they start loading up on excuses. The most popular excuses seem like “trump cards” because they invoke scary and unknown risks to health and safety, like lead paint and asbestos. The demolishers brandish these excuses like revelatory weapons never before seen by innocent little preservationists.

WRONG. One of the first things you find on the National Trust website is a guide to the new lead paint regulations that just went into effect. Most preservationists – contractors, developers, architects and advocates – know quite a lot about lead paint. We have been educating our students about lead-safe practices since we started our program in the 1990s.

I bet they didn’t even test the Clow Stephens House for lead paint – didn’t feel a need to. Probably recognized the asbestos shingles by the makers mark.

Lead paint went off the market 32 years ago, which means you can accuse any building built before 1978 of probably maybe having lead paint in it. So what if it does? Follow the rules. It isn’ t that hard.

Asbestos is another demolition “trump card,” but like lead paint the only time you have to worry – or spend a lot of money – is when you are disturbing the stuff or otherwise getting into a friable situation. Like the lead paint. Abatement can be expensive, but you may not have to abate depending on what you are doing. The more you preserve, the less you disturb and the less you must abate.

Which brings us to the BIG DUMB. If I am preserving my house or apartment building or whatever, I only have to abate lead and asbestos if I am disturbing them. Guess what disturbs them? DEMOLITION. Nothing kicks lead and asbestos into the air more than demolition. When they demolished the US Gypsum building in downtown Chicago in 1994, they spent about $1 million on the demolition and about $4 million on asbestos abatement. Yes, a rehab may require some abatement, but you can only achieve the maximum cost of abatement when you demolish the whole thing.

The Plainfield Park Board has $30,000 to demolish the house. Which might have been enough if they didn’t have to abate the lead paint and asbestos. How you gonna pay for that? Aren’t you glad you brought these issues up?

FOLLOW-UP September 16: Two WIll County preservationists I respect very much have indicated that they have been unable to come up with a re-use scenario for the Clow Stephens house due to its location, condition and Park District needs and uses, despite trying for many years. The best scenario would be a new owner who would move it. This of course, does not negate the point above – that lead and asbestos are bad excuses for demolition.

Switch to Lincoln Park in Chicago. Nice apartment buildings on Lincoln Park West, co-ops and condos built in the 1910s and 1920s. They are ripping up the lobby of one and the big excuse here is ADA of course. 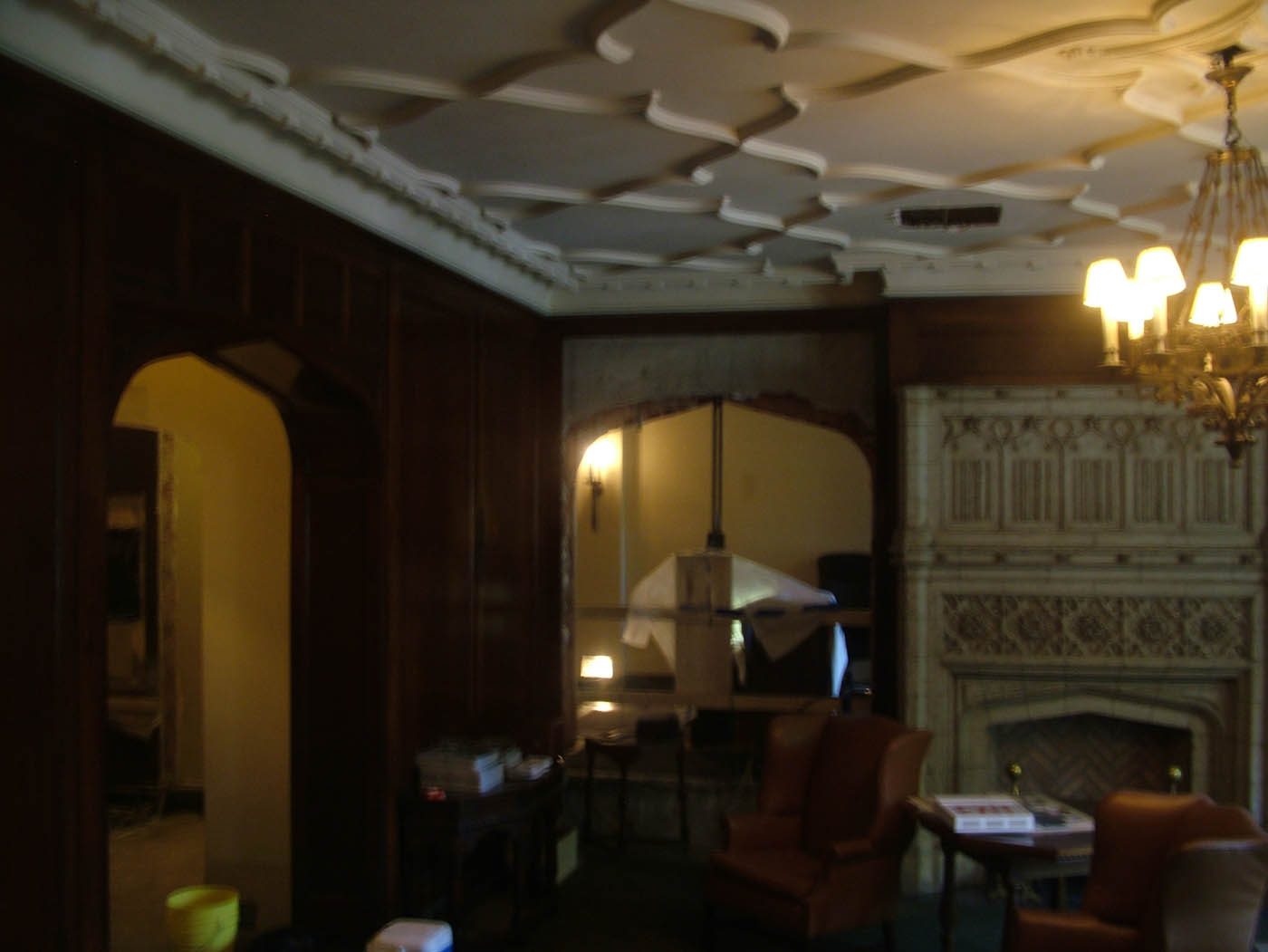 So they pull out a paneled wall, rebuild one section of the lobby and put a big ramp in the north entrance. Revamping a formerly closed south entrance would have been simpler and involved less disruption to both the design and all of that paint and stuff, but they didn’t. I guess part of the appeal of conforming to ADA is making it really obvious so no one can miss the fact that you are conforming to ADA.

I did get to see the new paint rules in effect. Here is your secure tube for disturbing old paint: 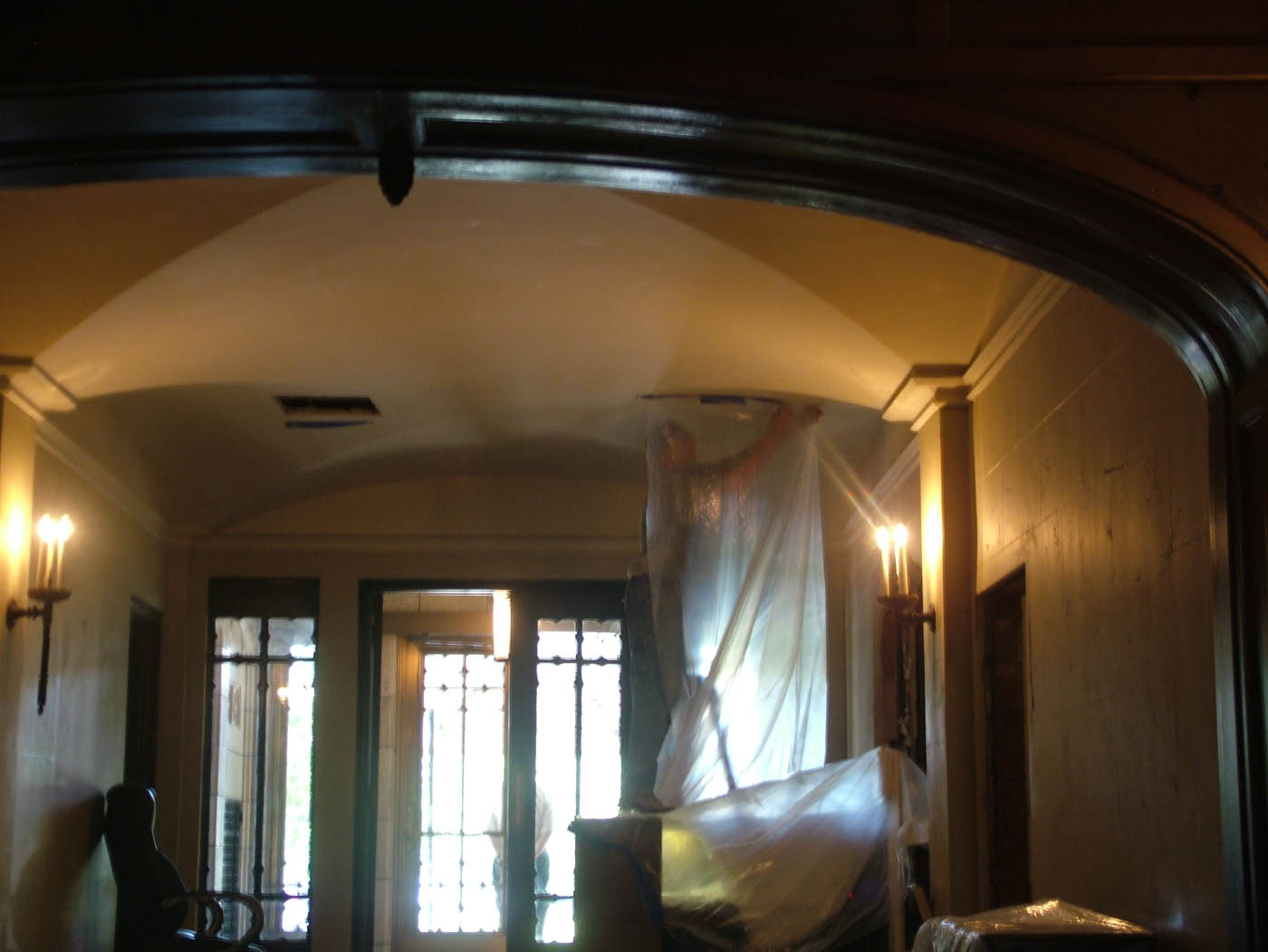 5 Responses to :
Lead Paint, Asbestos, and other excuses