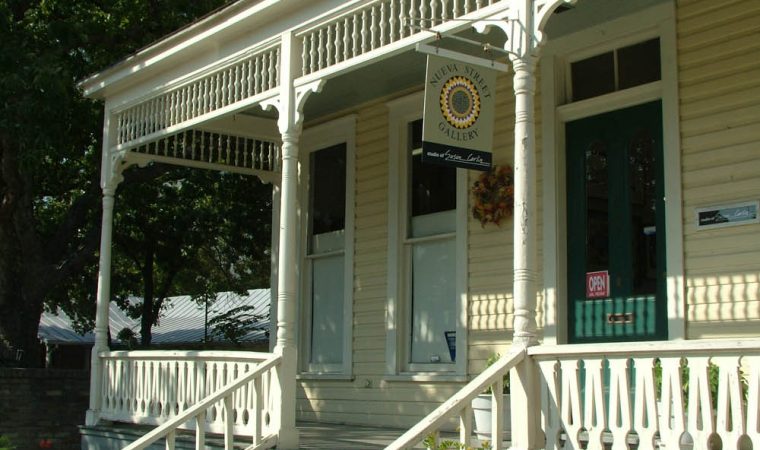 Our reasons include the past: past history, past cultural achievements, even past architecture and design and art. But the decision is always about the future: we imagine the future will be better if we retain these elements of the past. And we are usually right. Now is better than Then because the best elements of the past are with us, enriching the Now, humanizing the Now, and making Now more beautiful. 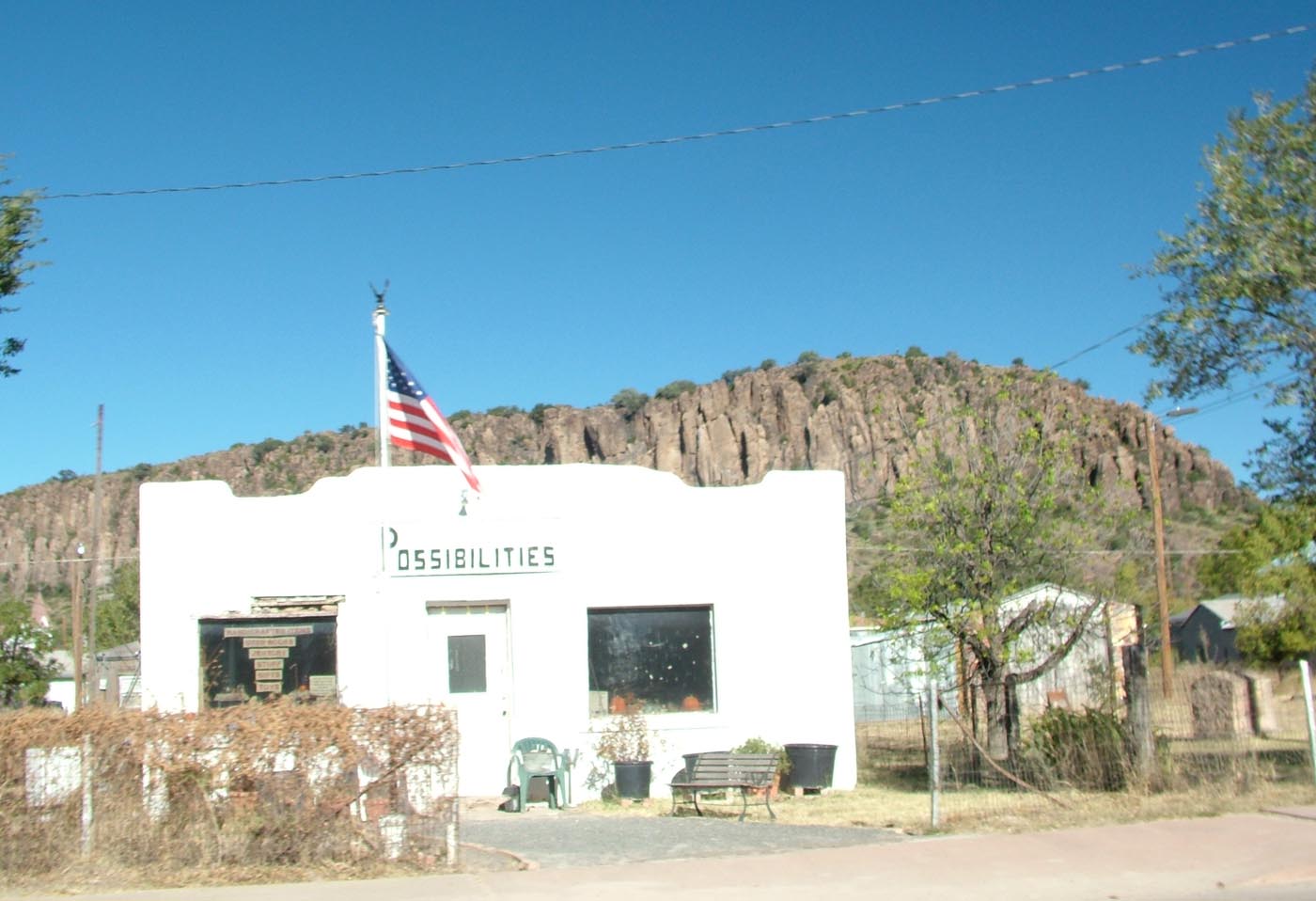 the possibilities are endless

And there is also memory, personal and – if it exists – collective.

This is prologue to my own myth of eternal return in my journey last week to San Antonio. It is a myth for two reasons: first, it is not true, because it is always NOW and you can never go back really. Second, it exerts great power over what we do, like all good myths. And I couldn’t help but feel the myth as I drove seven hours from Marfa in West Texas to the Alamo city, which recreated, in part, a journey of 35 years earlier. In 1975 I drove with my cigarette-smoking ex-nun aunt 800 miles across Texas in a Porsche 914 Roadster. This time it was a rented Honda and I was listening to an NPR special on Townes Van Zandt as I cruised past the mesas along I-10. 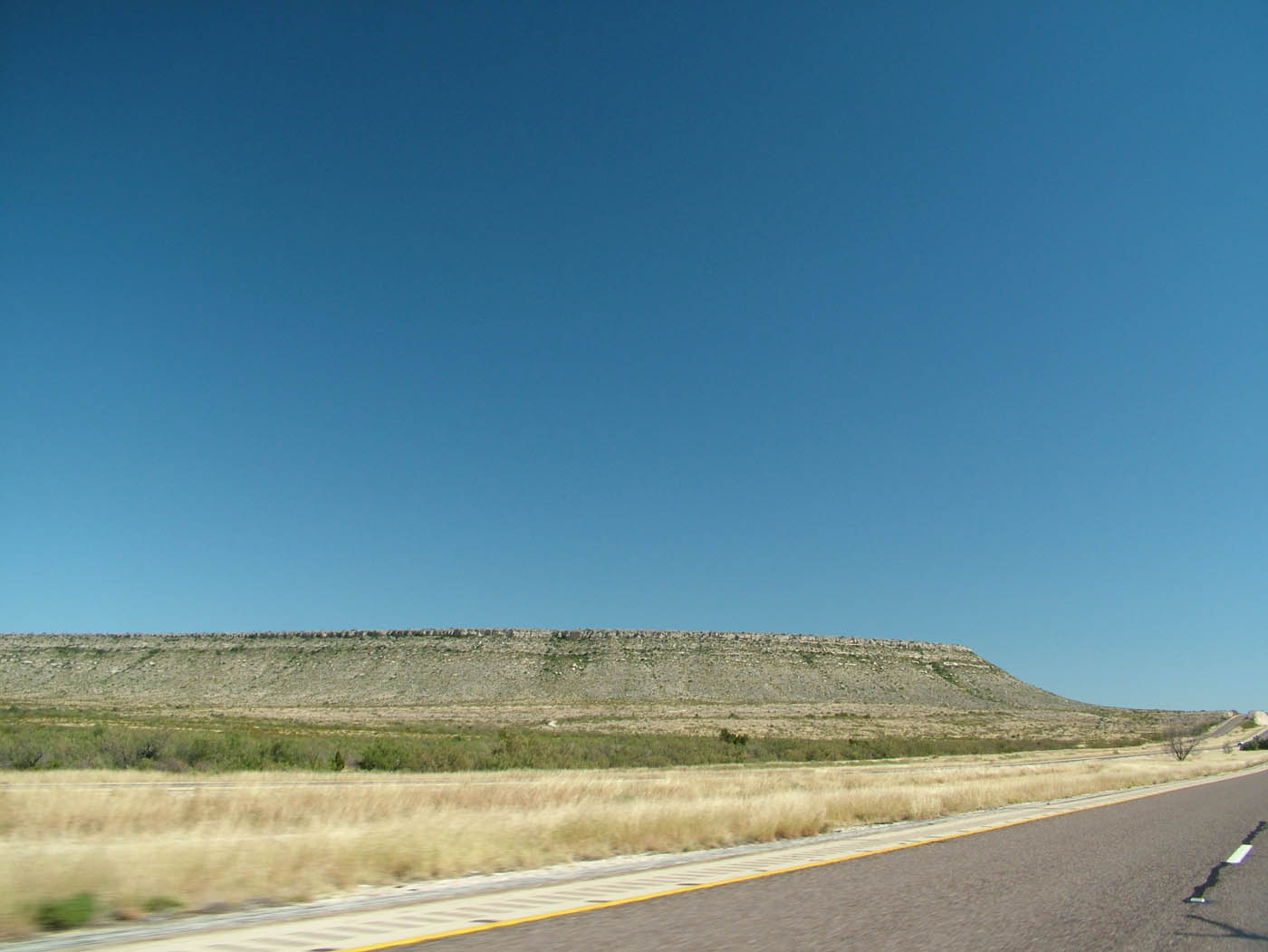 I remember the Riverwalk in San Antonio, and seeing Euell Gibbons there, and recalling that I had been there when Hemisfair opened in 1968. The Riverwalk is actually the origin of preservation in San Antonio in many ways, even if portions of it are overwhelmingly commercial. 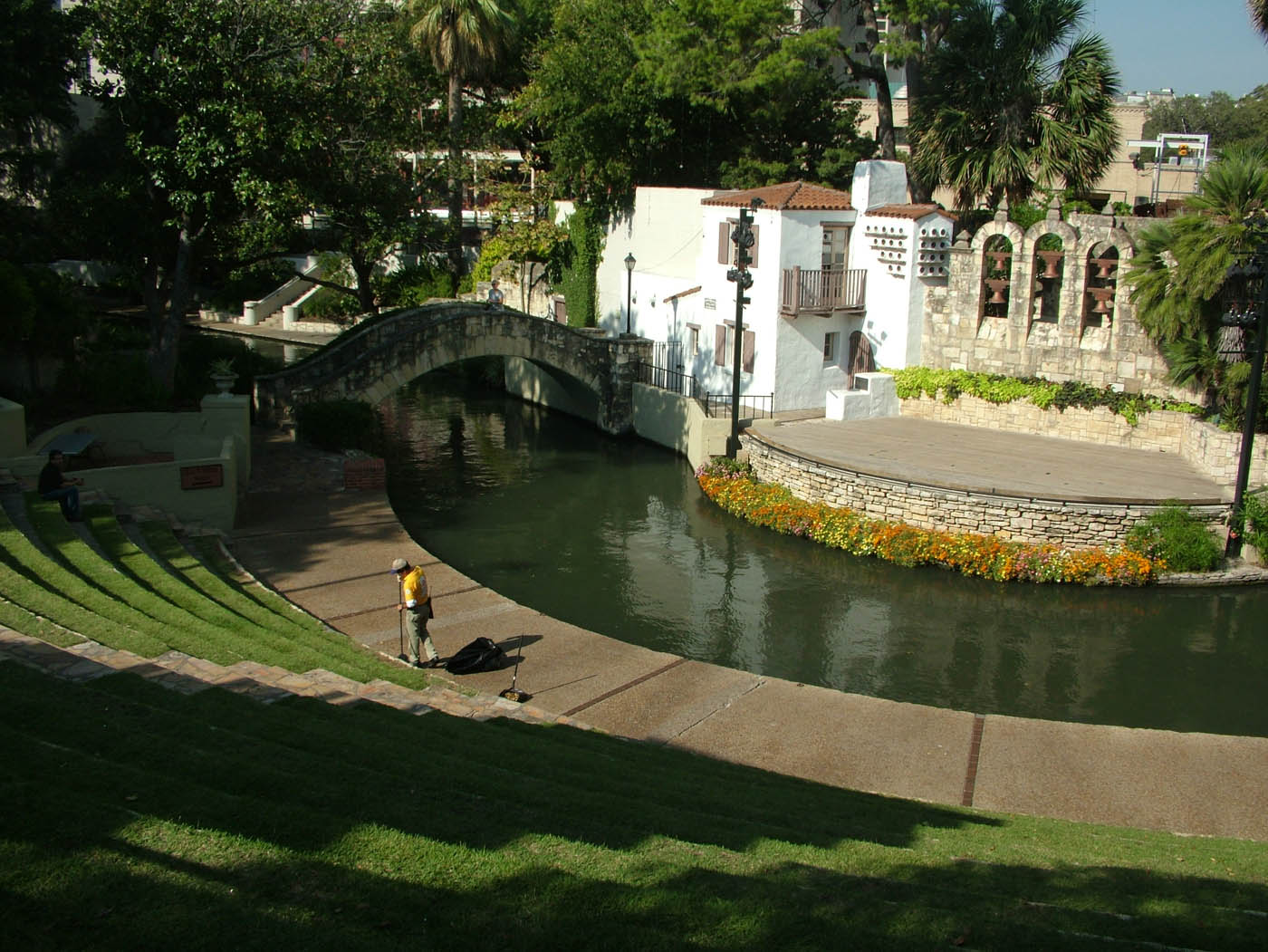 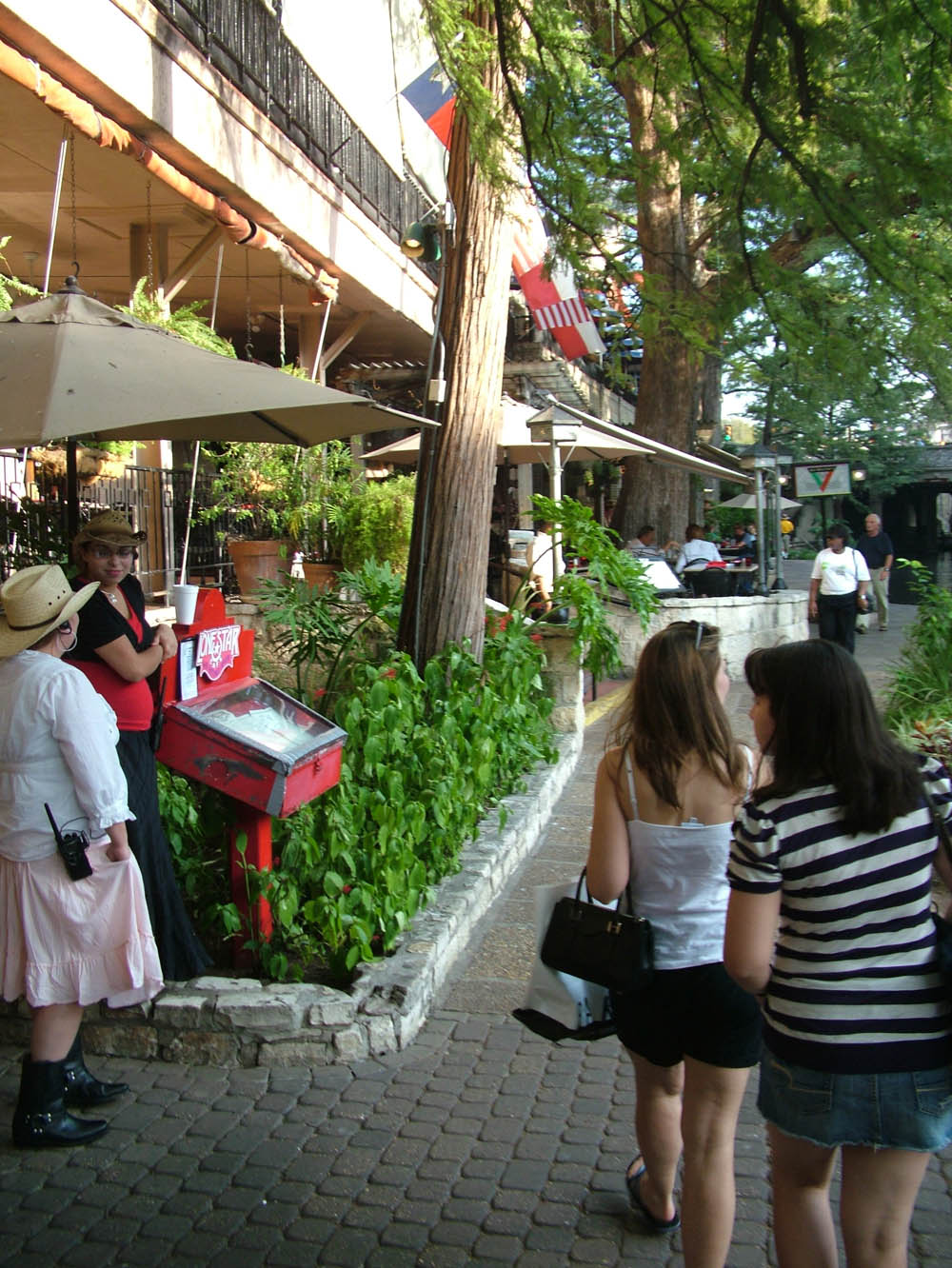 Certainly the Alamo was preserved at the dawn of the 20th century, but it was, and is, preserved as a shrine, a kind of war memorial. We saw excellent conservation work taking place there, recovering Spanish murals and early American wall finishes, and the interpretation of course extends into the street, since the church structure itself was a small part of the fortified mission where the 189 died. 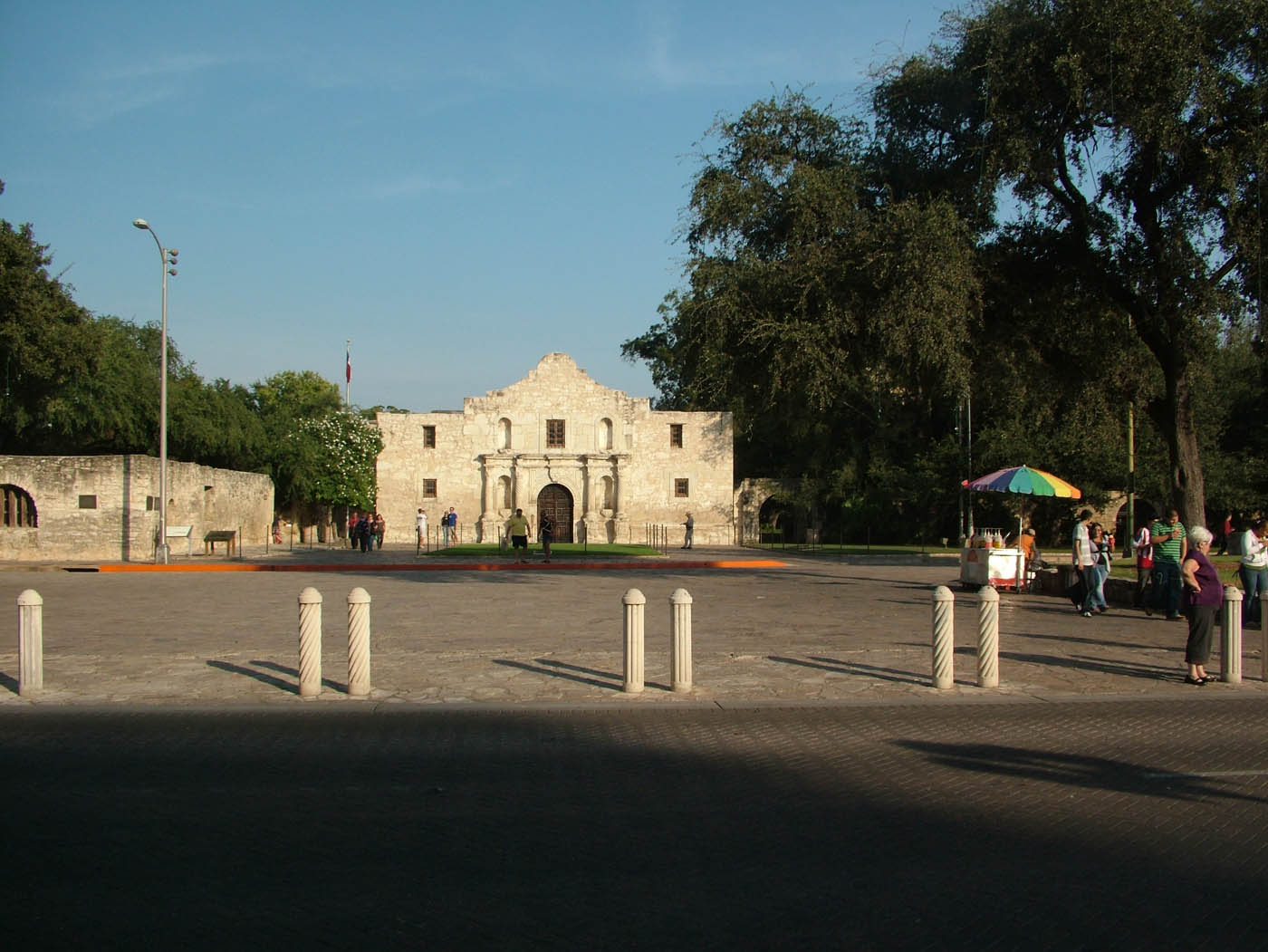 But preservation – or heritage conservation – began in San Antonio with the riverwalk when the city adopted a typical 1920s Beaux-Arts modernist plan that would have paved over the curvy river and put in a nice gridiron over the meandering streets of San Antonio. The San Antonio Conservation Society formed to defeat that plan, arguing quite correctly that the river was the heart and origin of the city. The Riverwalk continues to grow to this day, expanding beyond the downtown out to the King William district. 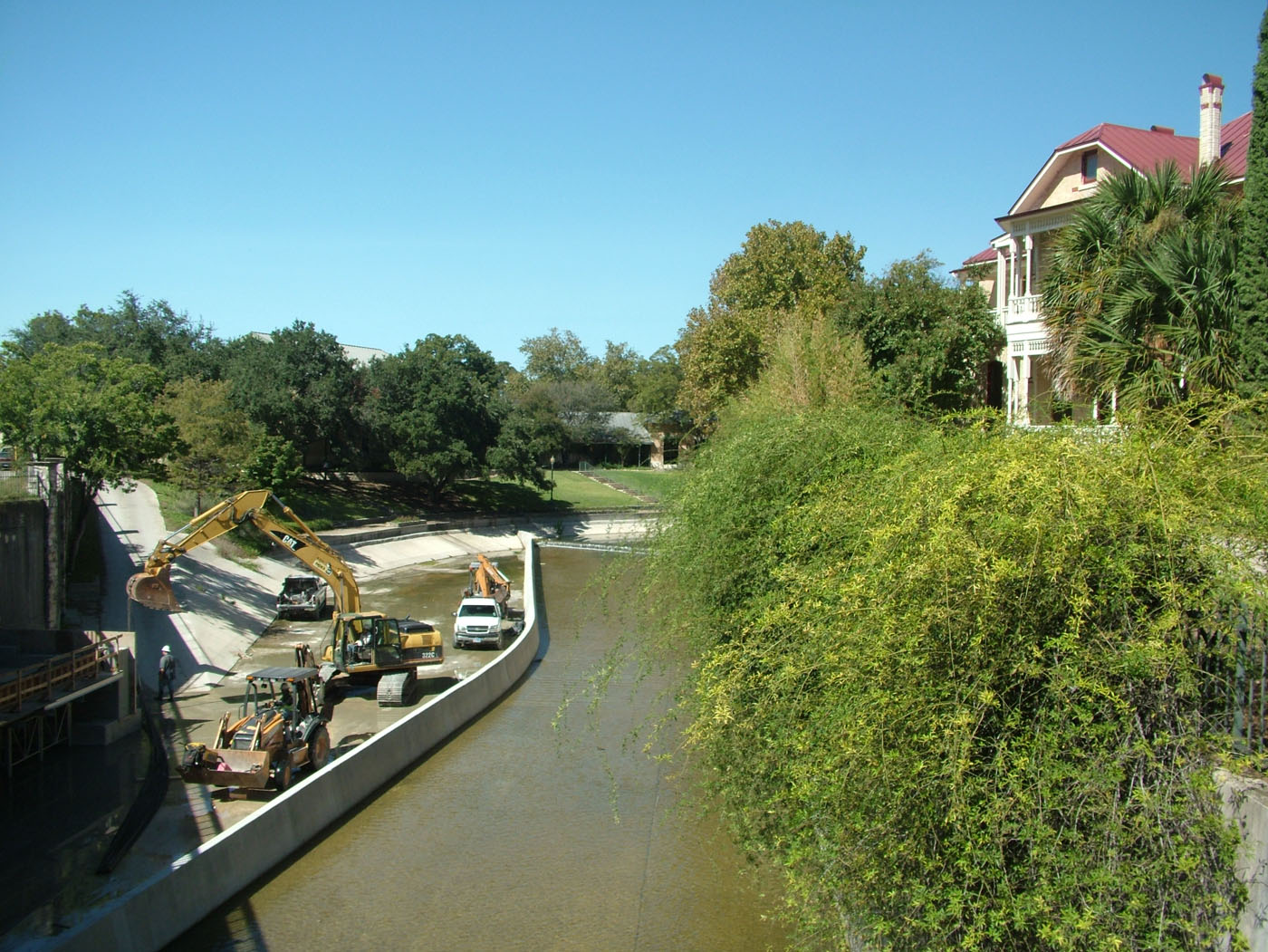 The Conservation Society (note the name) then worked in the 1930s and 1940s to preserve the four missions south of the Alamo extending nearly ten miles from the city center. These are a real treasure, since the late 1970s interpreted by the National Park Service and the abandoned churches within the missions have become active Catholic churches again. 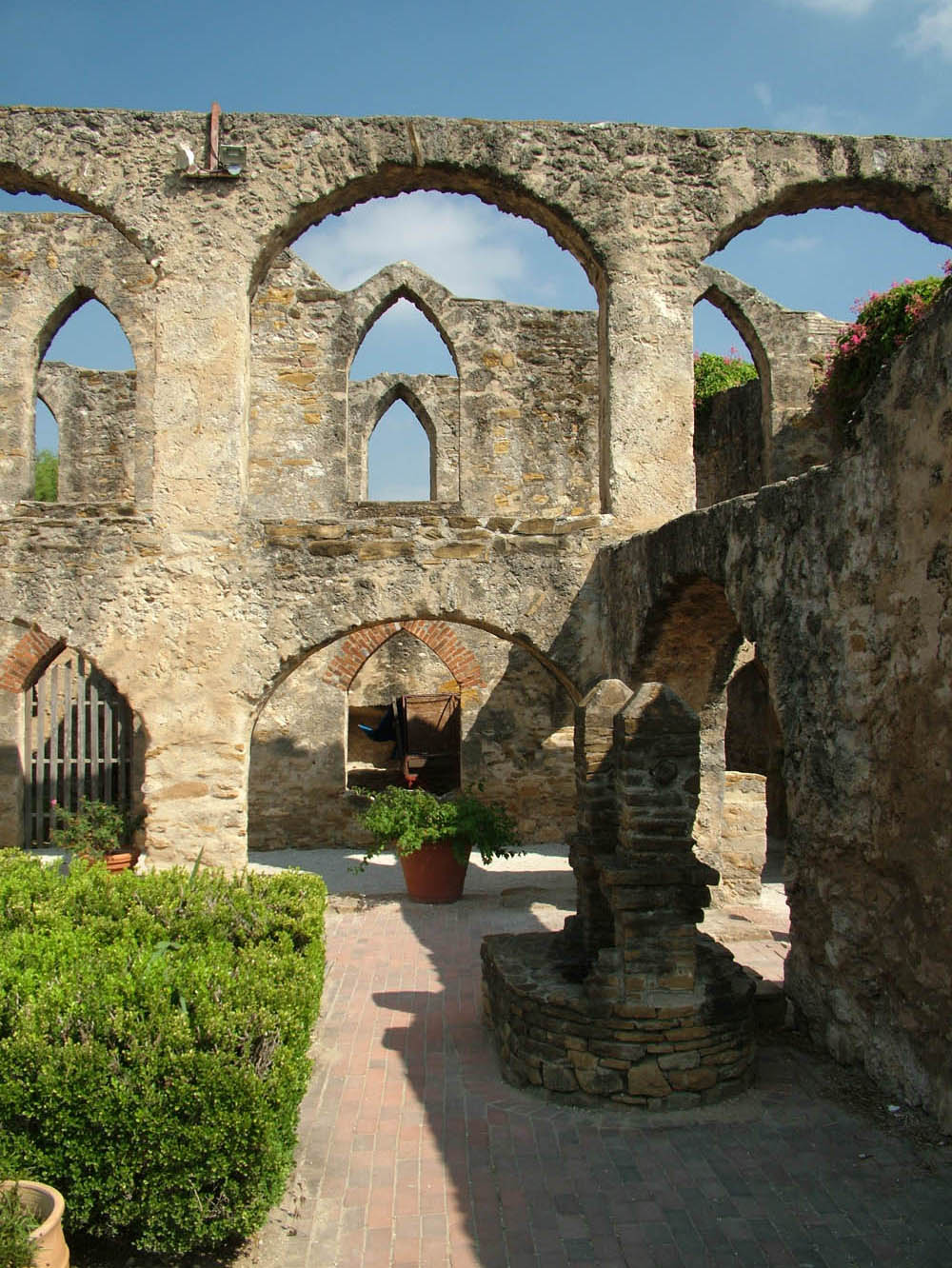 I was really glad I took the time to visit all of them, because they are lovely and evocative and pretty well interpreted, with models of the original complexes at each site. 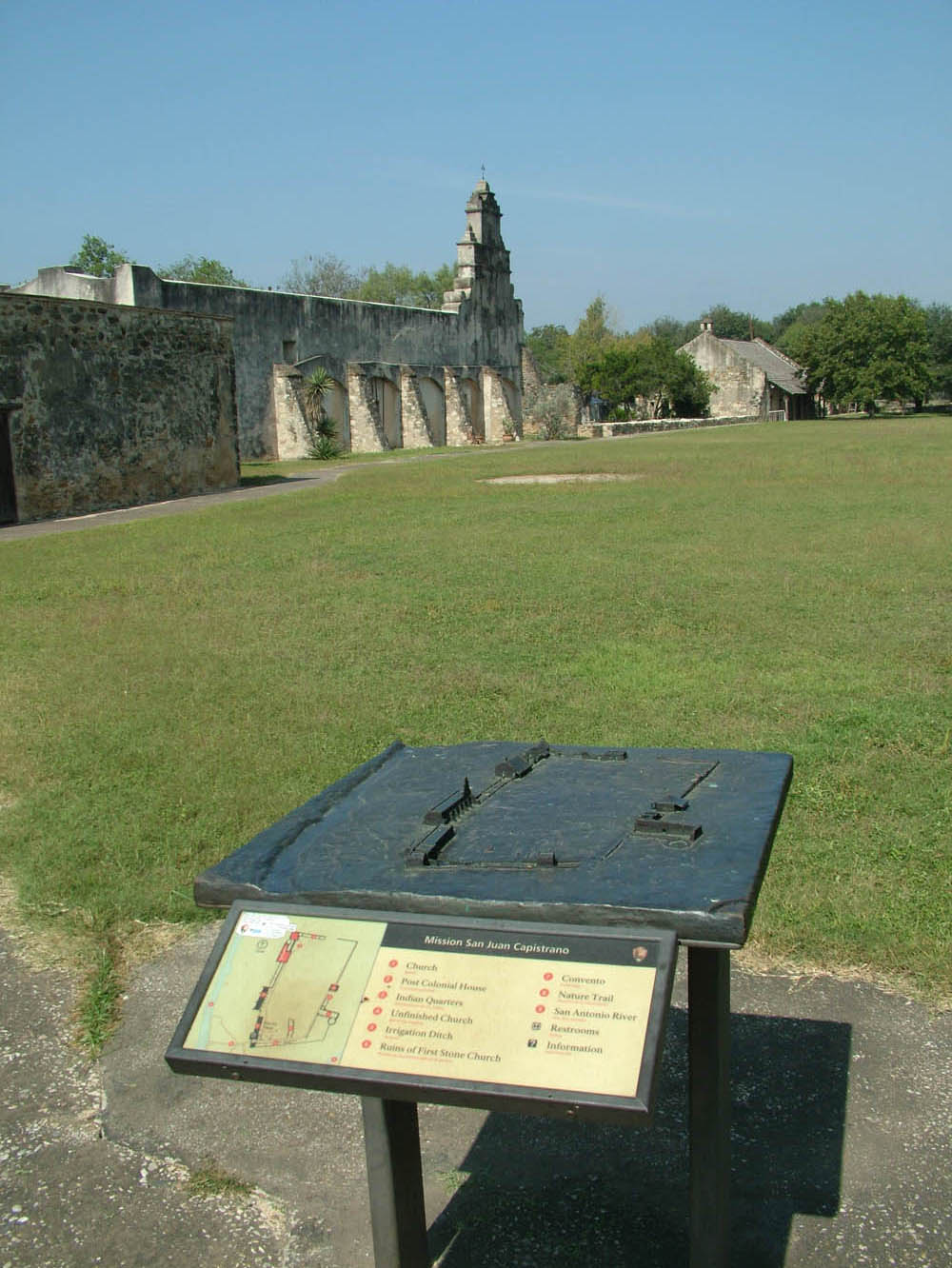 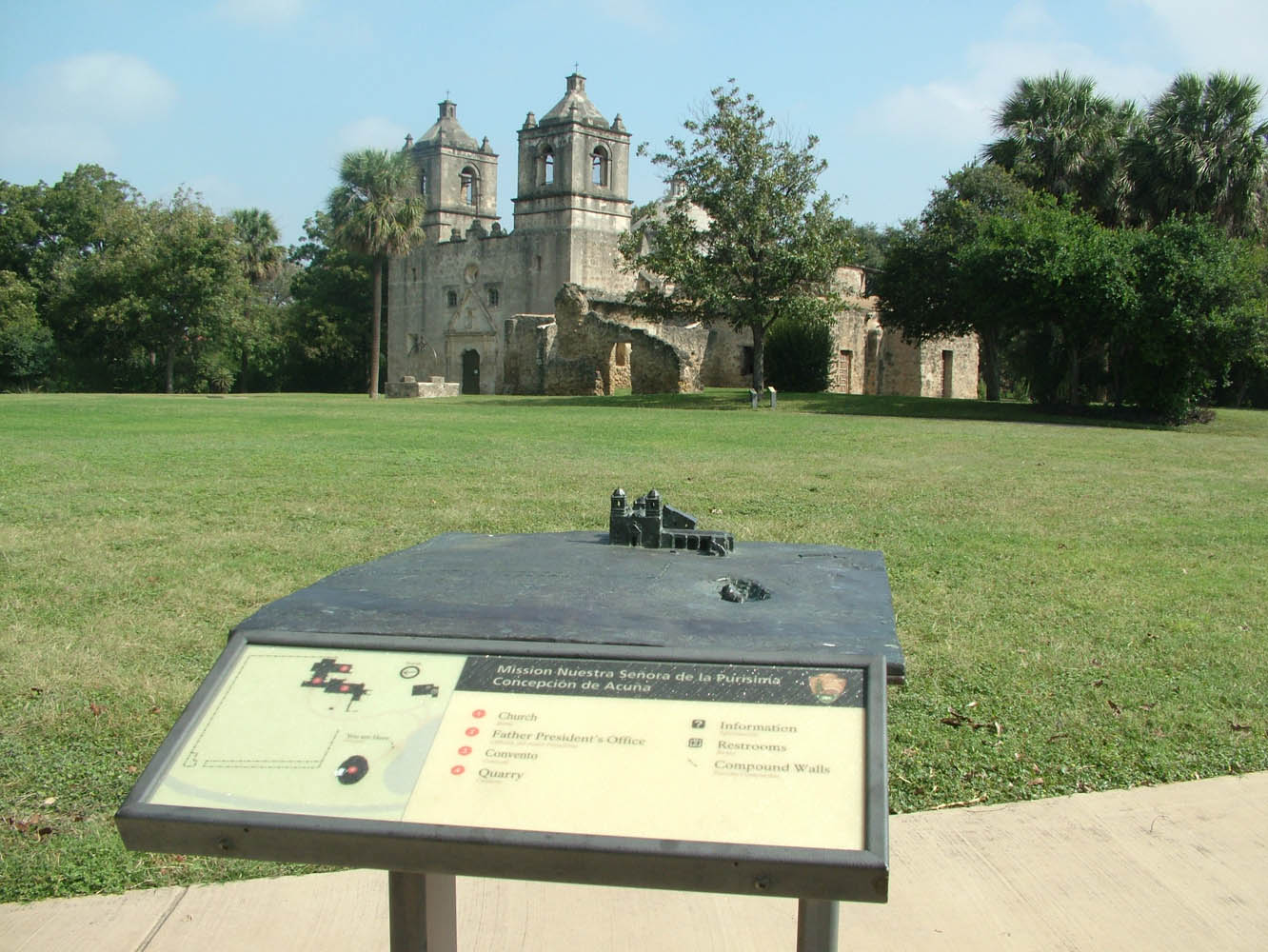 The interpretation is also appropriate, noting that the missions had a religious purpose but also very nearly enslaved the local population in the service of Spain. The ladies of the San Antonio Conservation Society were doing what all “preservationists” did in the first half of the 20th century, saving great sites of place origin, of memory and some form of patriotism. 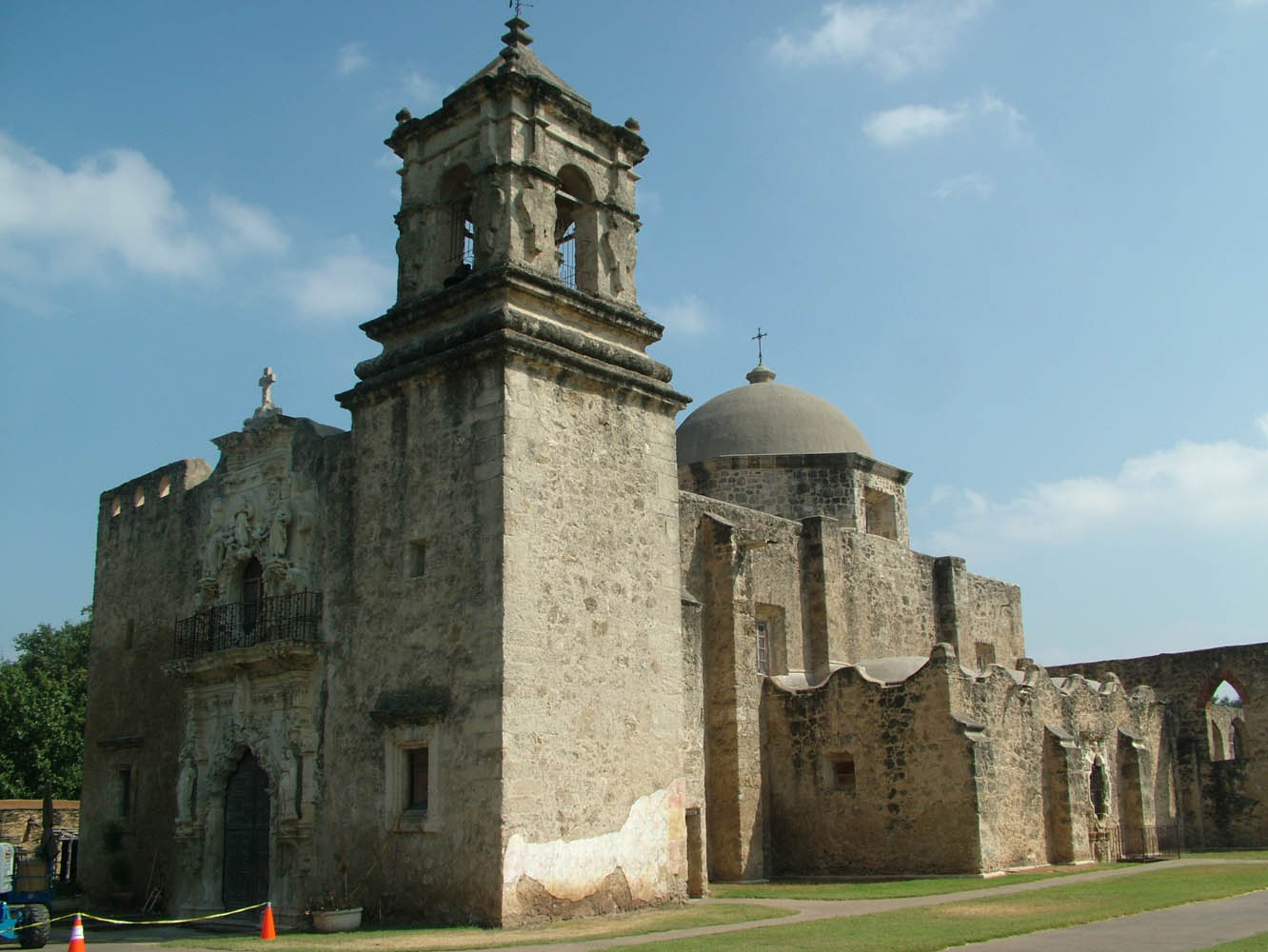 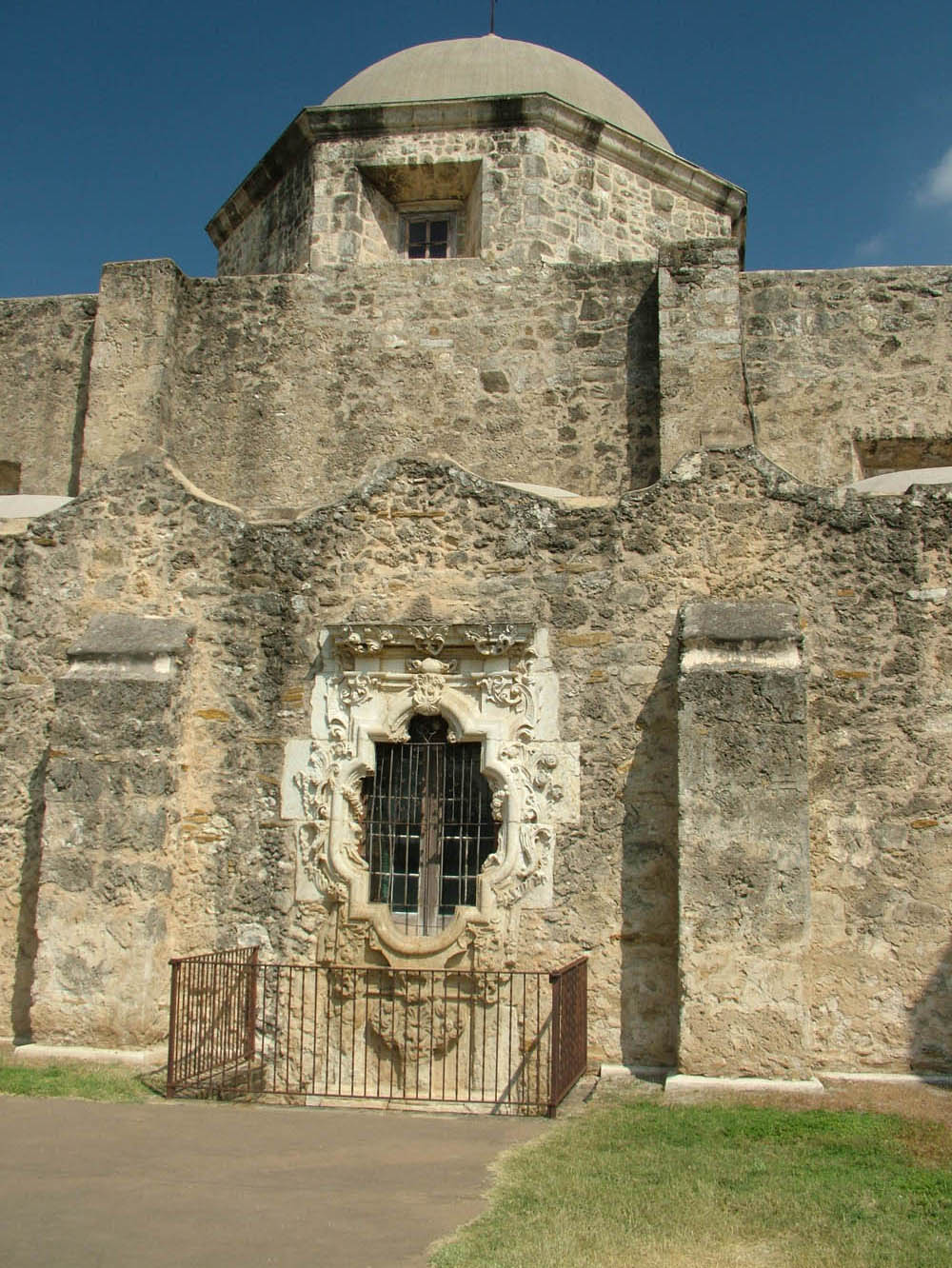 But San Antonio also witnessed one of the early stirrings of the community preservation movement that characterized the latter 20th century and made preservation (heritage conservation) a mass movement that was about conserving community, not patriotic shrines. The Conservation Society itself opened the Steves Homestead in King William in 1954 as a house museum. 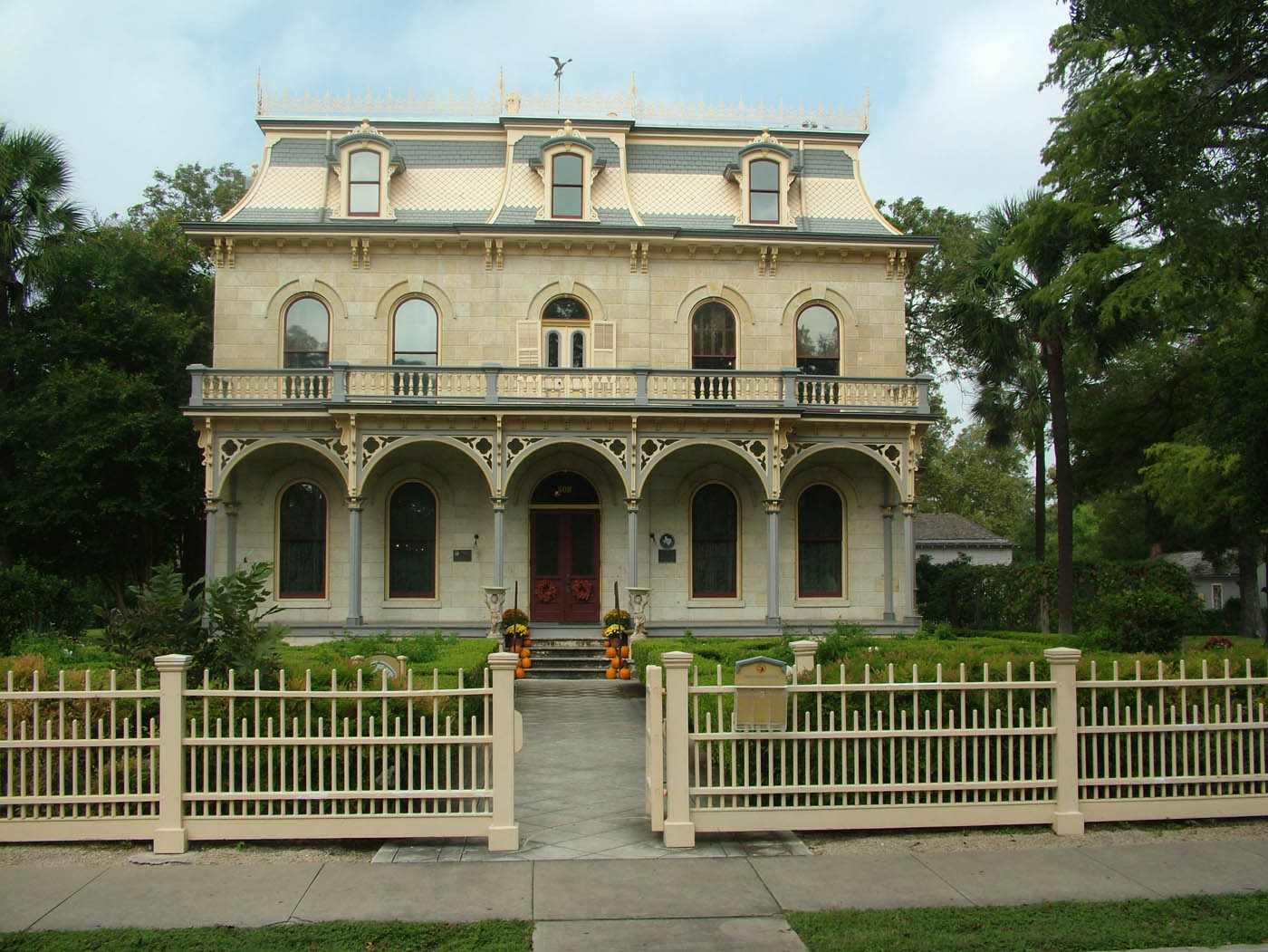 But the district south of the downtown remained rough into the 1970s, despite the presence of really stunning limestone and brick mansions. Walter Nold Mathis moved in in 1967 and restored a home he called Villa Finale, which opened a month ago as a National Trust historic site. 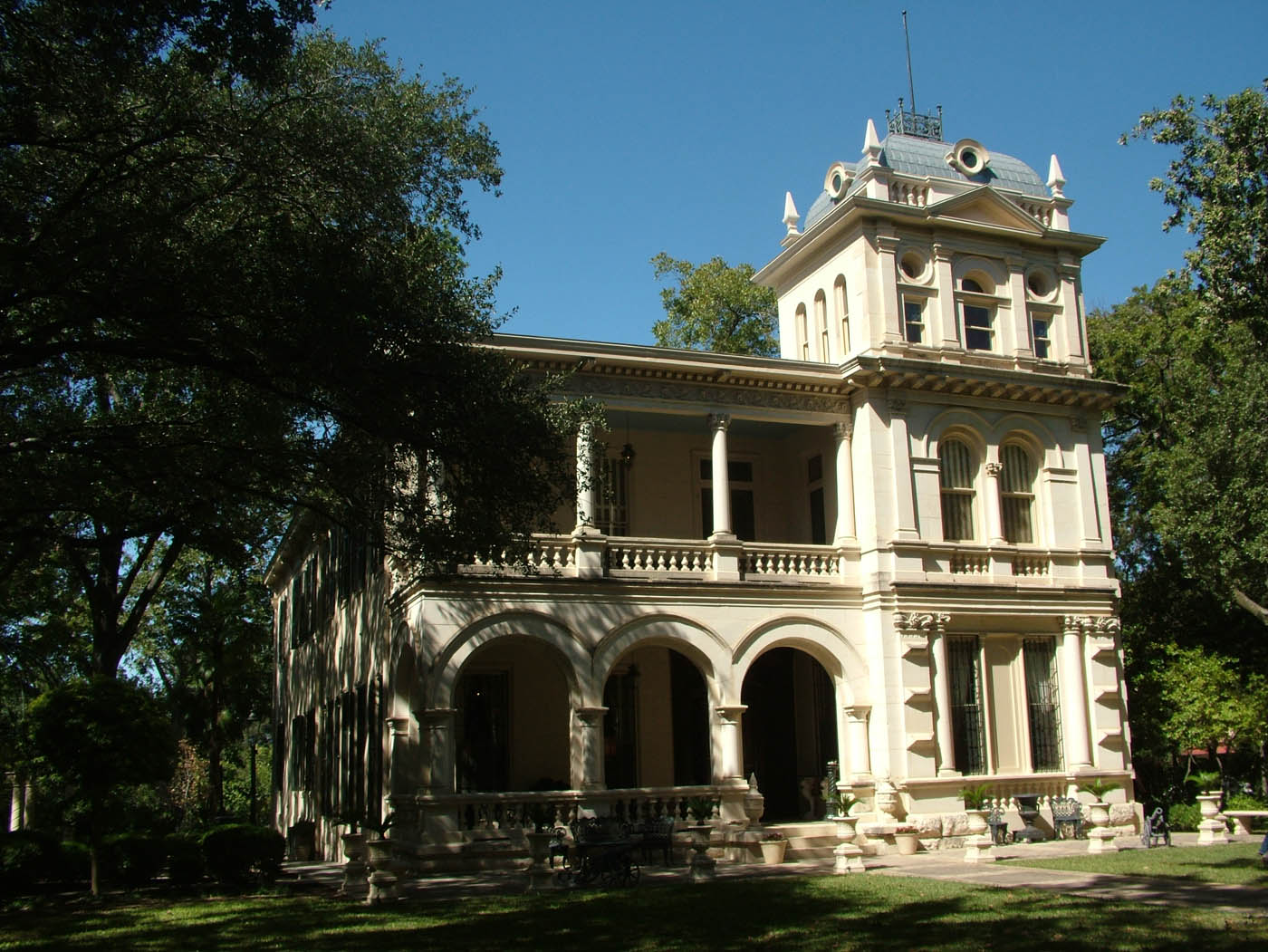 Mathis also bought and sold 14 other properties in the King William District, which is certainly one of the most beautiful historic districts I have ever seen, and was key in transforming it from a dodgy rooming house district into a mirror of its historic self. The district has a nice range, from classic Texas cottages with their standing seam metal roofs and verandas to grand Italianate and Romanesque mansions. 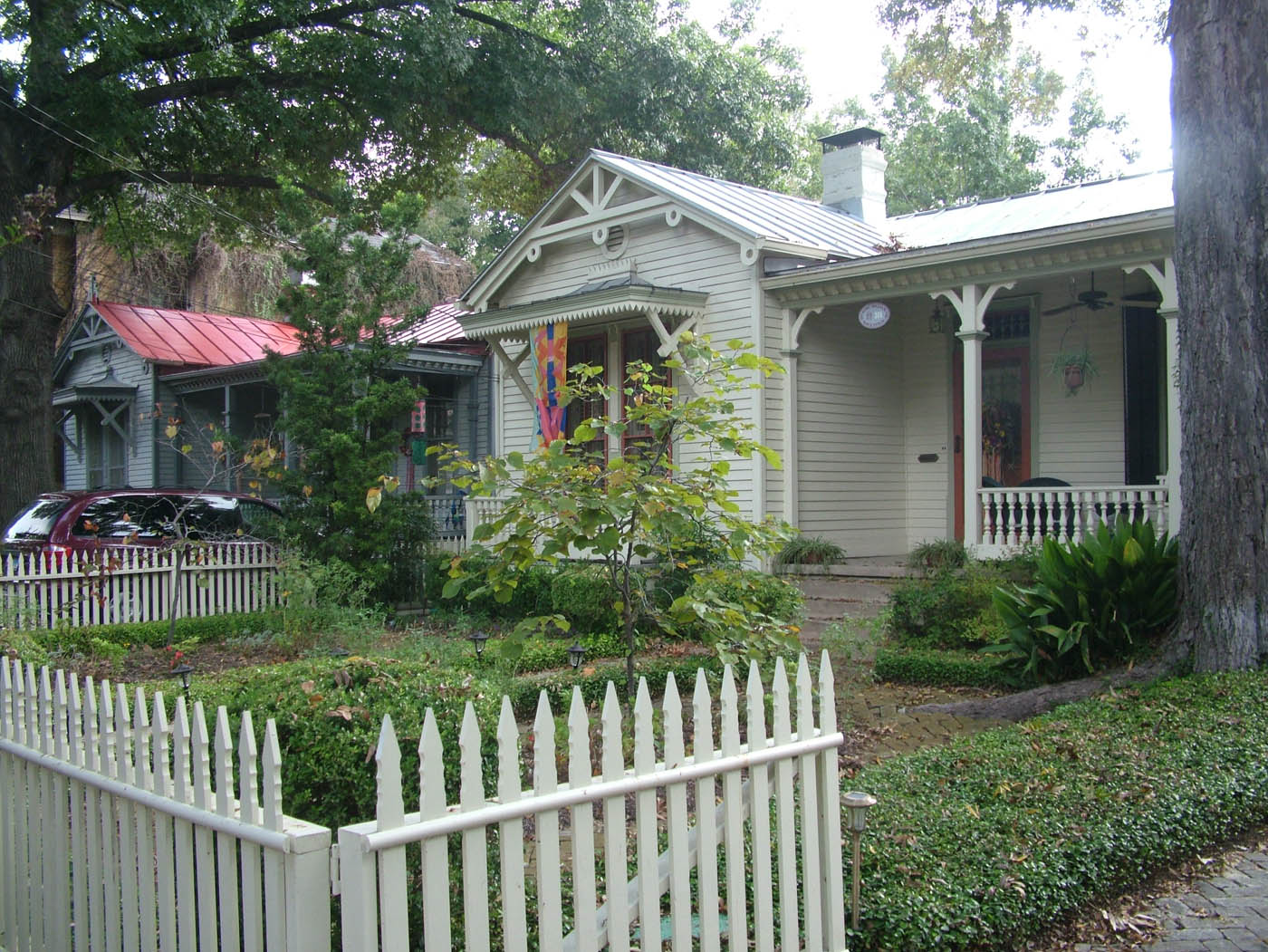 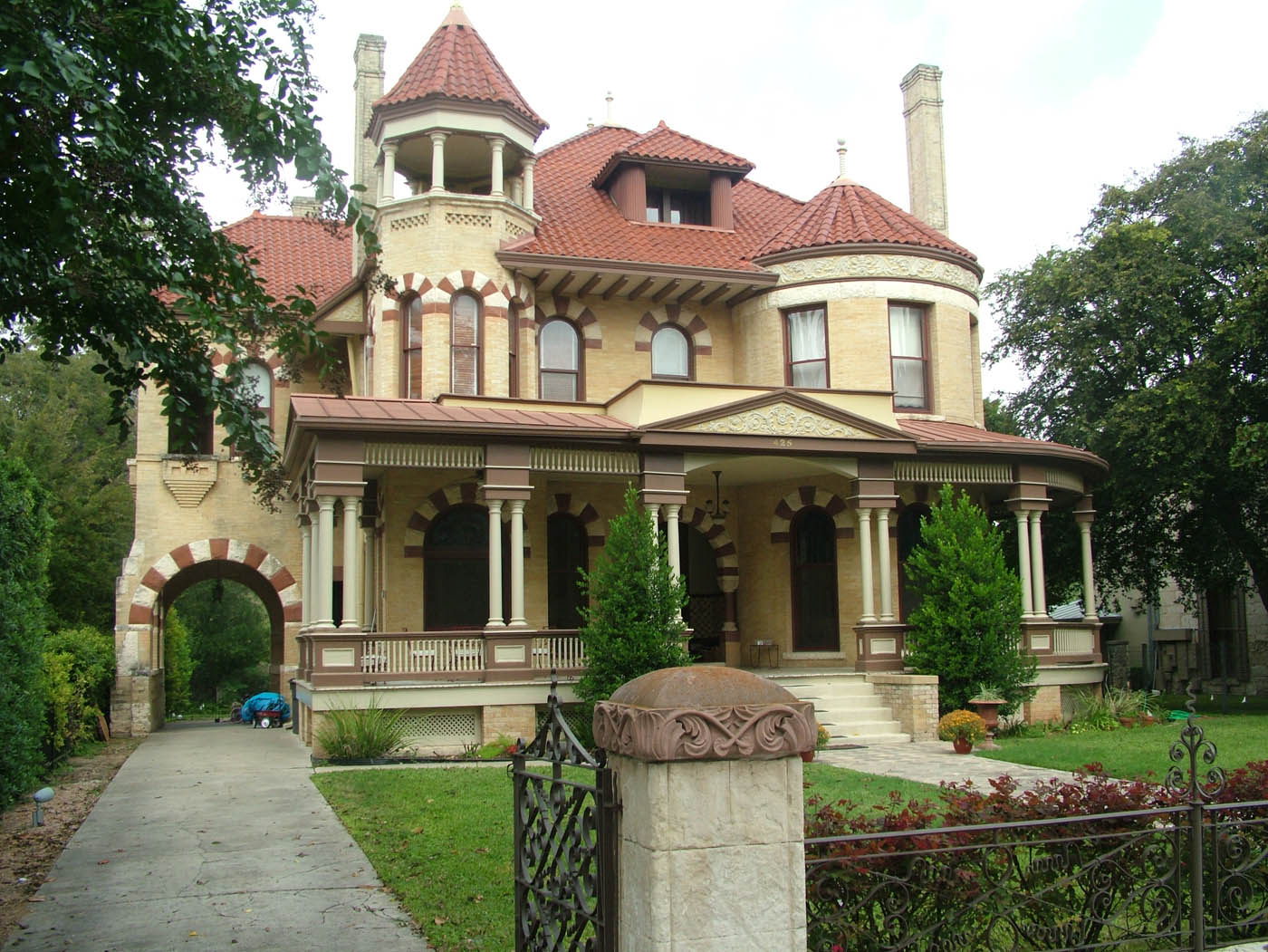 Hemisfair in 1968 – a world’s fair – gave San Antonio its space needle and a combination of municipal buildings, exhibition halls and even some restored houses, both on site and moved, as was the pattern in 1968. 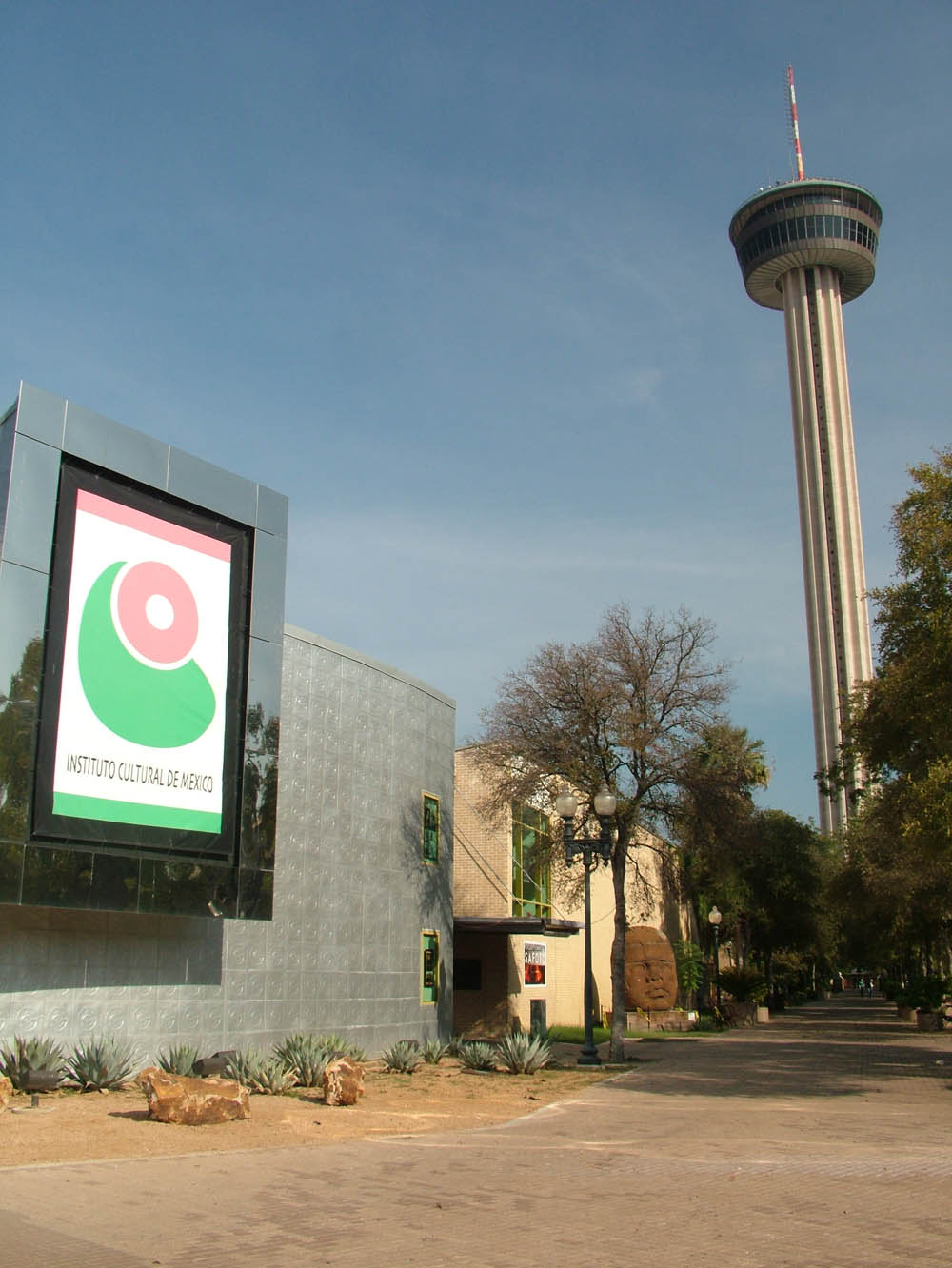 So it was really the 1960s when things took off – the Riverwalk thanks to Hemisfair, and King William thanks to Mathis, who also collected JUST ABOUT EVERYTHING and you can see it in his house – it is pretty amazing. You have to go there. 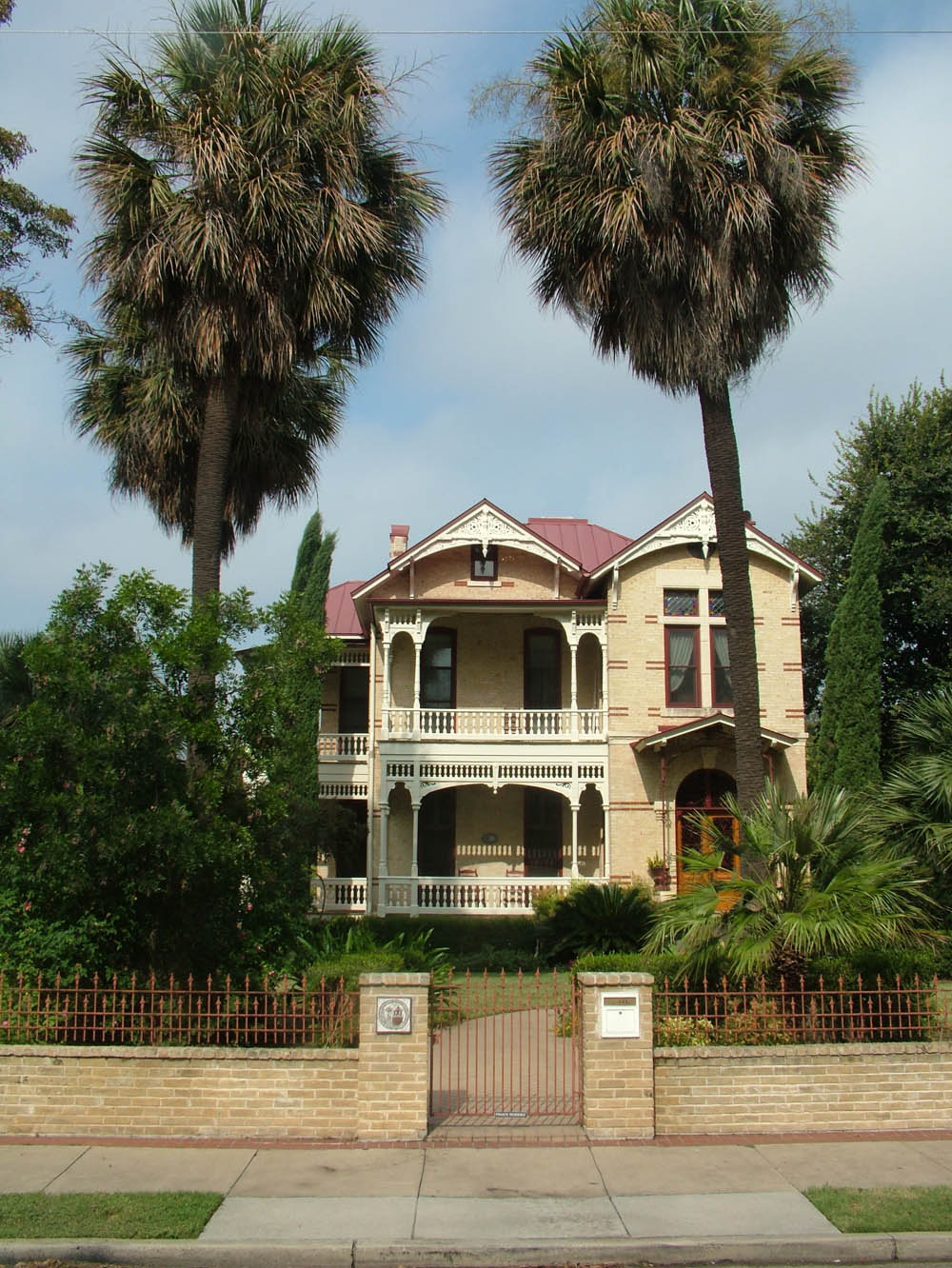 But the Riverwalk was indeed my ritual of eternal return, for the tall buildings in San Antonio are Art Deco style from the late 1920s and 1930s and one of them, the Nix Memorial Hospital, is the building I was born in. It is on the National Register of Historic Places, and my geek joke during the conference in Austin was “But it is Criterion C, not Criterion B!” 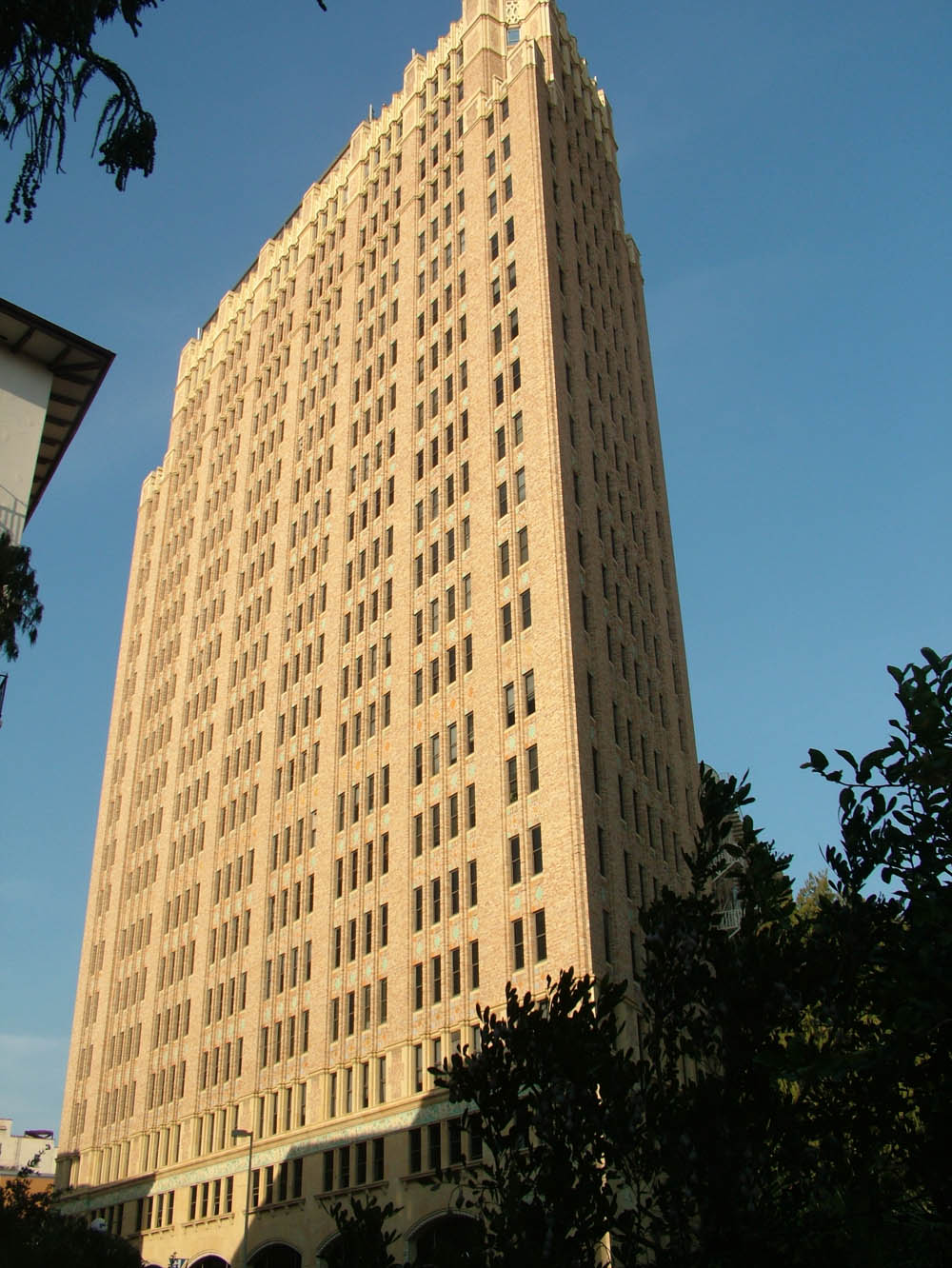 My sister Clare visited San Antonio 10 or 15 years ago and noted that the Nix is on the Riverwalk, and indeed the insult bar and restaurant Dick’s Last Resort is located in the basement. 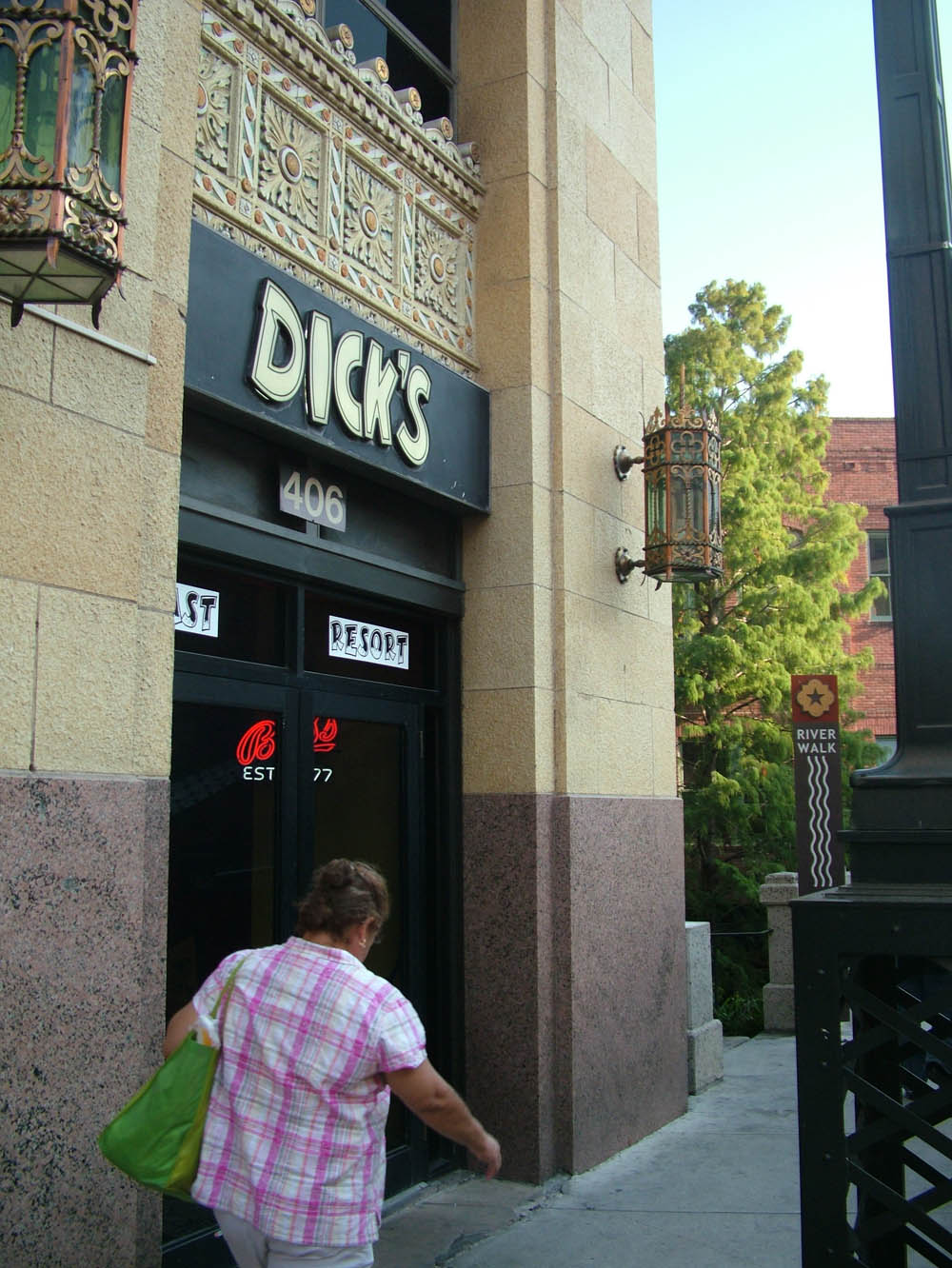 Clare called me at the time and said it figured that I was born in the only hospital in the country with a bar in the basement. So I went and had a drink and pondered the myth of eternal return and the reenactment of memory and yes, the memories were intriguing and the history is something I love and remember too, but what makes San Antonio great is NOW, and the fact that a big piece of NOW is the richness of a hundred rehabilitated, preserved and well interpreted THENs that give the place a richness certain other cities cannot buy. 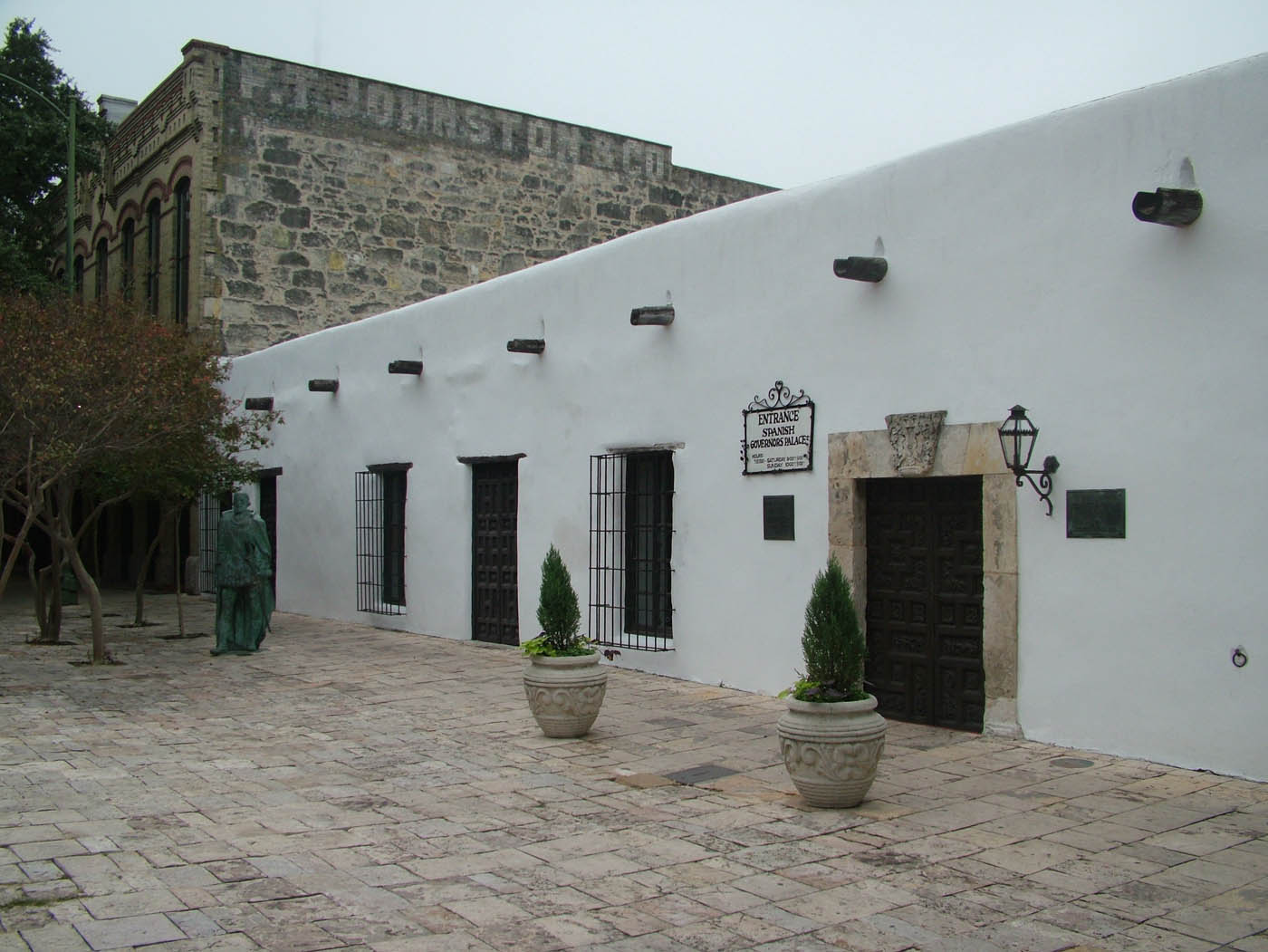 For love or money. You can’t buy this, you can only save it.

3 Responses to :
San Antonio and my Myth of Eternal Return