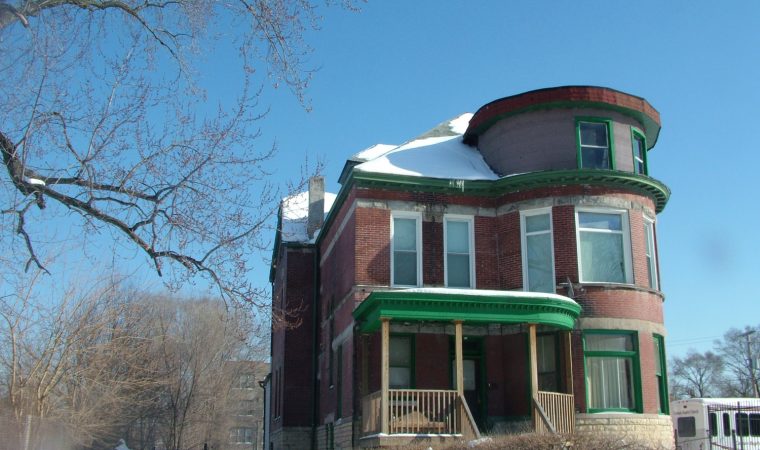 One of the National Trust Committees I serve on is the Diversity Committee, and through that work I have learned a lot about diversity as a goal, in employment, in outlook, in project development, and in society as a whole. I was thinking about another definition of diversity, the one community developer Charles Buki brought up in his speech at the National Preservation Conference in Austin when he charged that too many of our developments – city, suburb, whatever, were “monochromatic” and thus lacking diversity. This is of course a different kind of diversity than the ethnic/racial/gender diversity we so often focus on, but they can be related. A monochromatic built environment can exclude ethnic and racial diversity. The “whitebread suburb” and the “inner-city ghetto” are both monochromatic communities culturally, but what of their architecture? I remember being shocked two decades ago by the built environment of “Boyz In The Hood”, the lawns and bungalows of South Central LA. I grew up thinking that inner-city ghettos had a different built environment. But they don’t. This building could be in a suburb all fixed up, but it isn’t.
It seems the old High Modernist idea of environmental determinism does not seem to be working. You can find Victorian neighborhoods that are fully gentrified and ones that are disinvested and crime-ridden. You can find suburban tract communities that work and – increasingly – ones that are sliding into desperation. Turns out it isn’t the buildings’ design that determines what kind of community it is. At the same time, diversity in buildings – certainly a sort of planning diversity that encourages a range of uses and types – would seem to provide more opportunities for stability that an architectural monoculture. 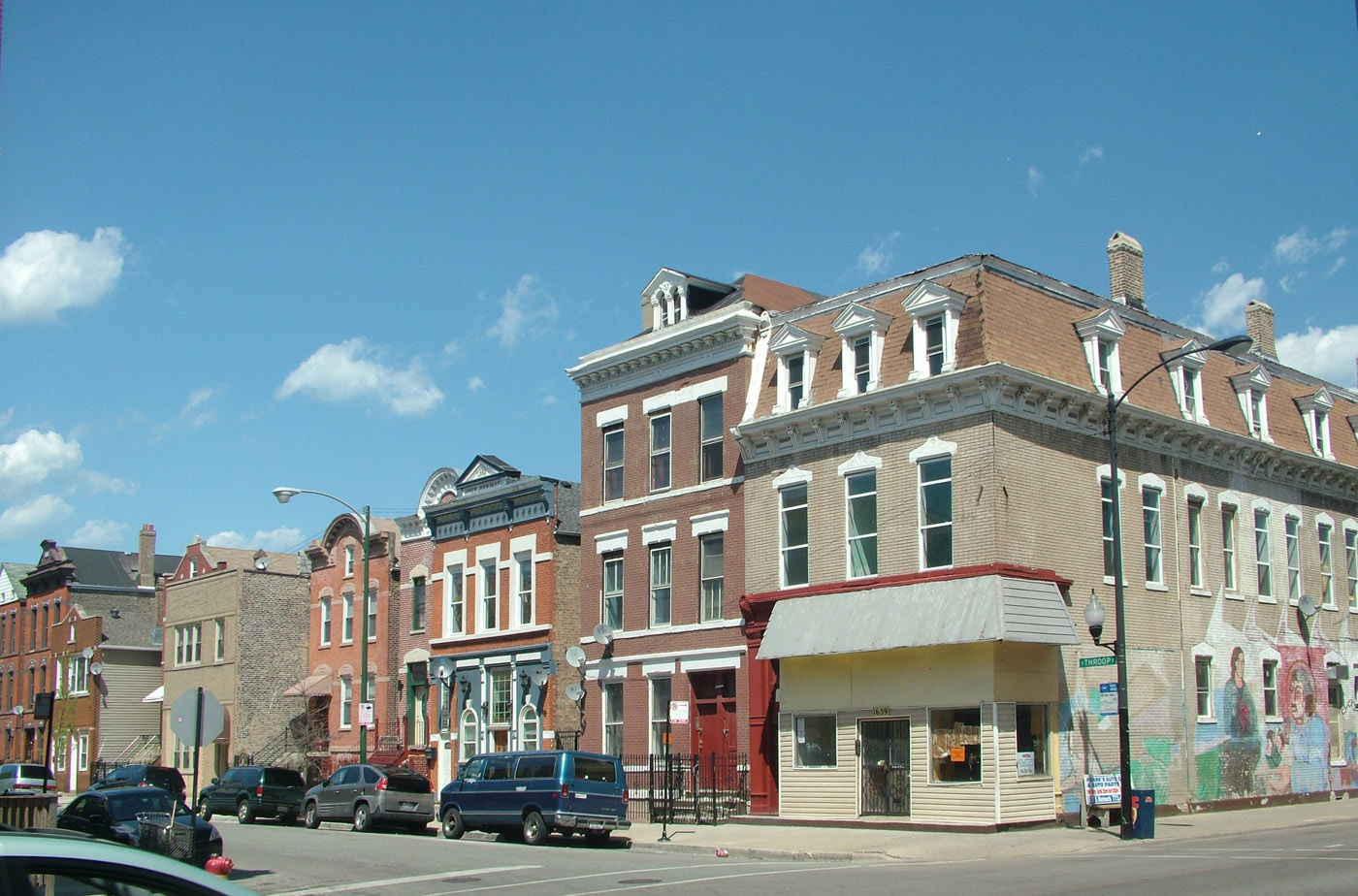 We have had interesting discussions in the Diversity Committee, and one of the more revelatory was when we discussed job descriptions and how the wording could exclude a more diverse pool of applicants. The normal response is to add language to such a description encouraging diverse applicants. But the problem is usually the language of the description itself, written in a culturally monochromatic way. How we describe what we do, how we talk, how we relate to people and environments carries a lot of cultural baggage, even – especially – when you don’t notice it. “Where do you live?” means the same thing as “Where do you stay?” but different people use different terms. 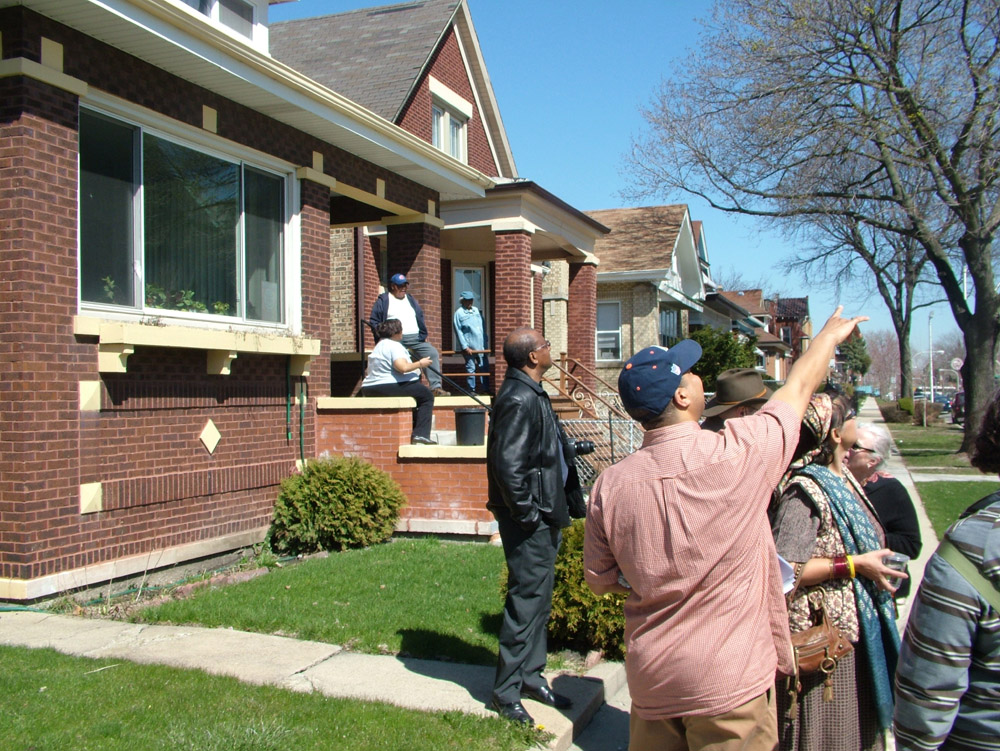 All of this leads to discussions about how we can make heritage conservation/historic preservation more diverse and we look at disappointing statistics and envision reaching out to youth and working to make our message more inclusive. These are all good and essential things but it reminds me how long we have been doing this. I first attended the National Trust for Historic Preservation Conference in 1992 in Miami, which was the first time there were Diversity Scholars invited to join the sessions. This program continues to be a great success. I then went to the 1993 conference in St. Louis and for the first time presented a session as part of a panel on “Inner City Preservation”. 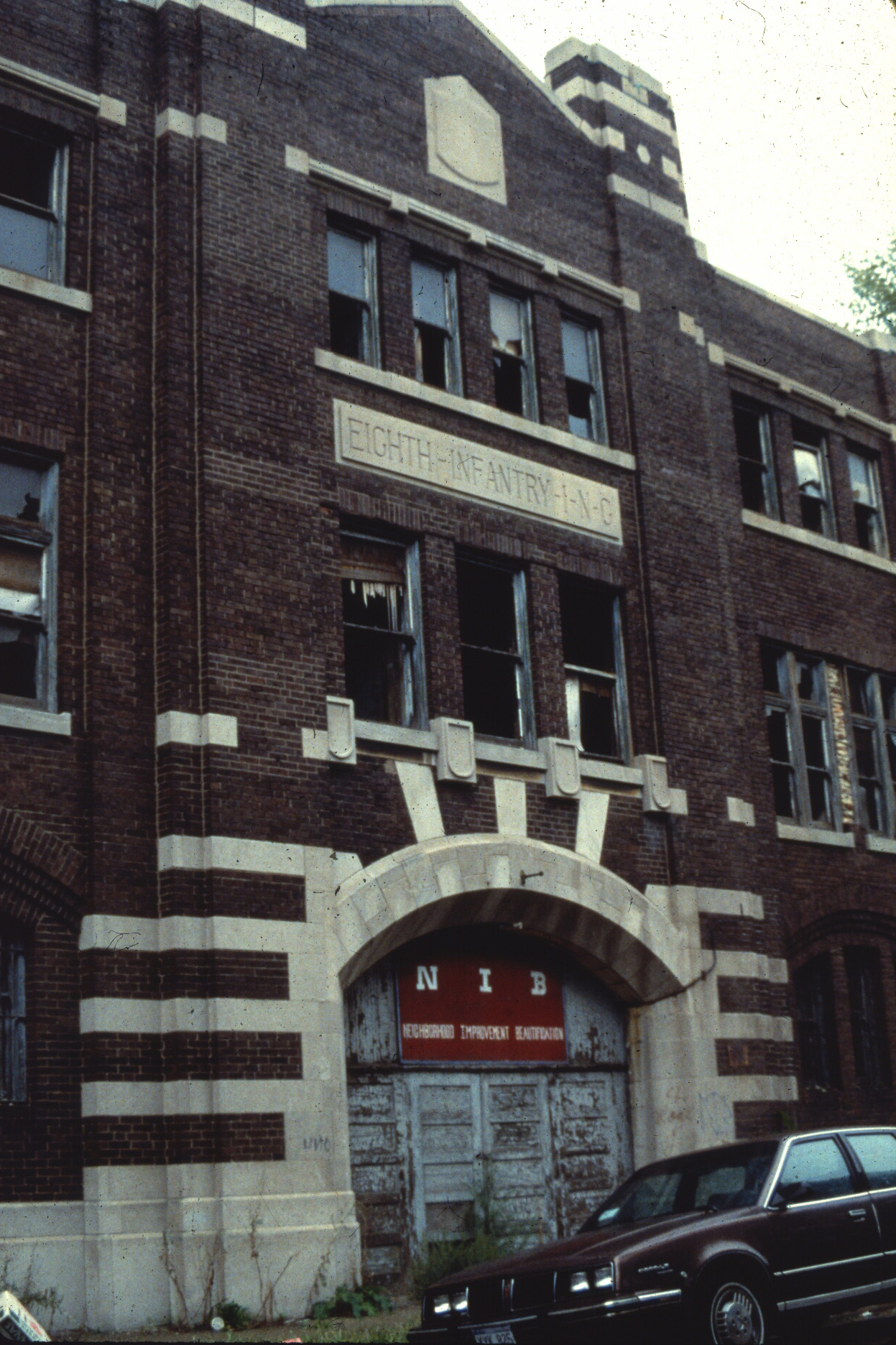 The premise of the panel was something like “How do we get more diverse inner city communities involved in preservation?” My response and my presentation was basically: “They already are – get involved and support them.” 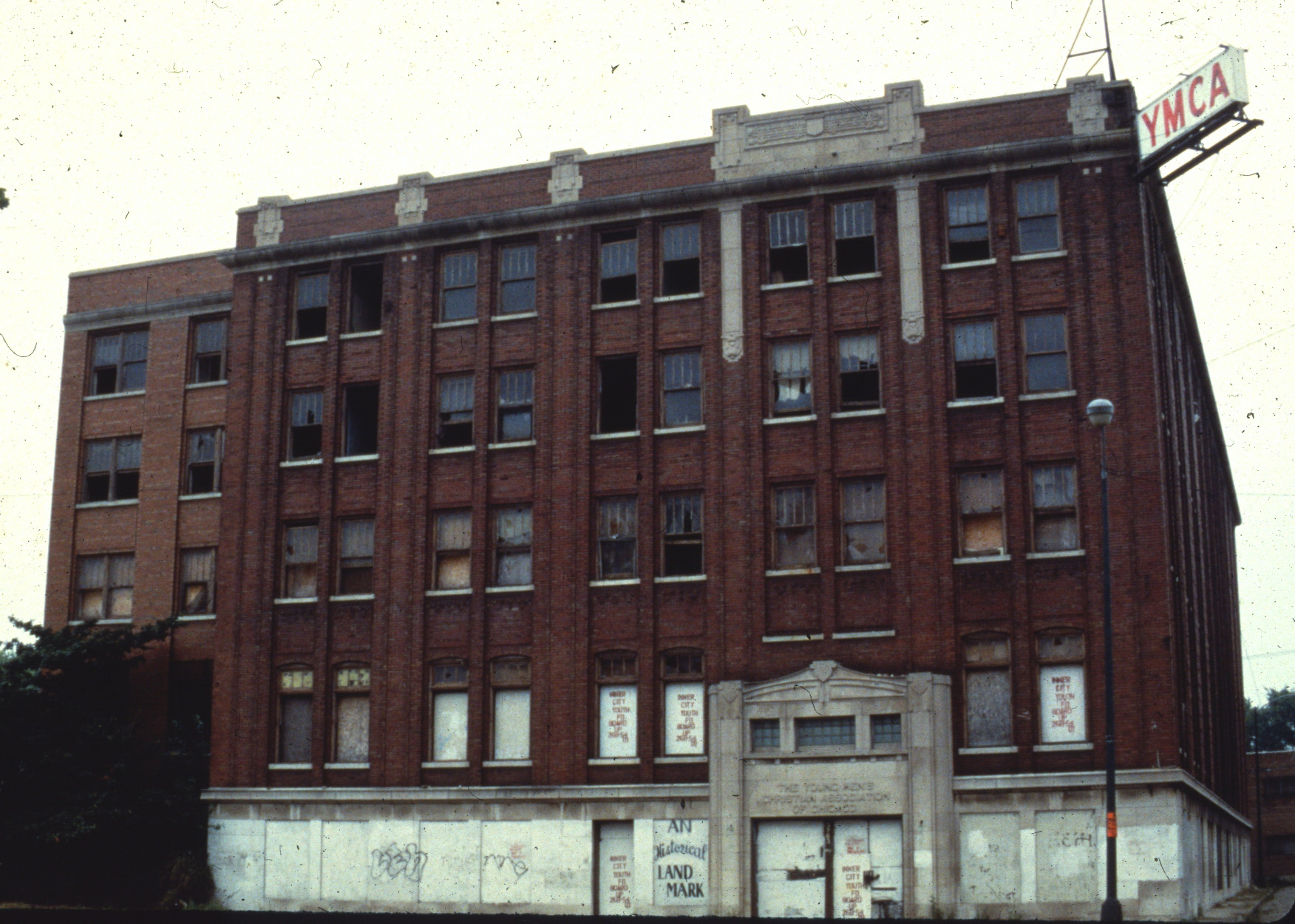 I talked about several projects that Landmarks Illinois had been involved in since the early 1980s and my general experience as an advocate. I would get calls all the time from every kind of neighborhood in the city and people wherever they lived and whoever they were had an investment – emotional and financial – in their community and an interest in how it developed. That is a straightforward algorithm that exists everywhere. Whether the community is architecturally or socially monochromatic, that algorithm is there, and that algorithm as to the future of the community always has a community preservation angle. Because preserving the built environment is a decision about the future of the community, and if the community itself has a say in that decision, it is a MUCH more frequent choice than demolition and redevelopment. 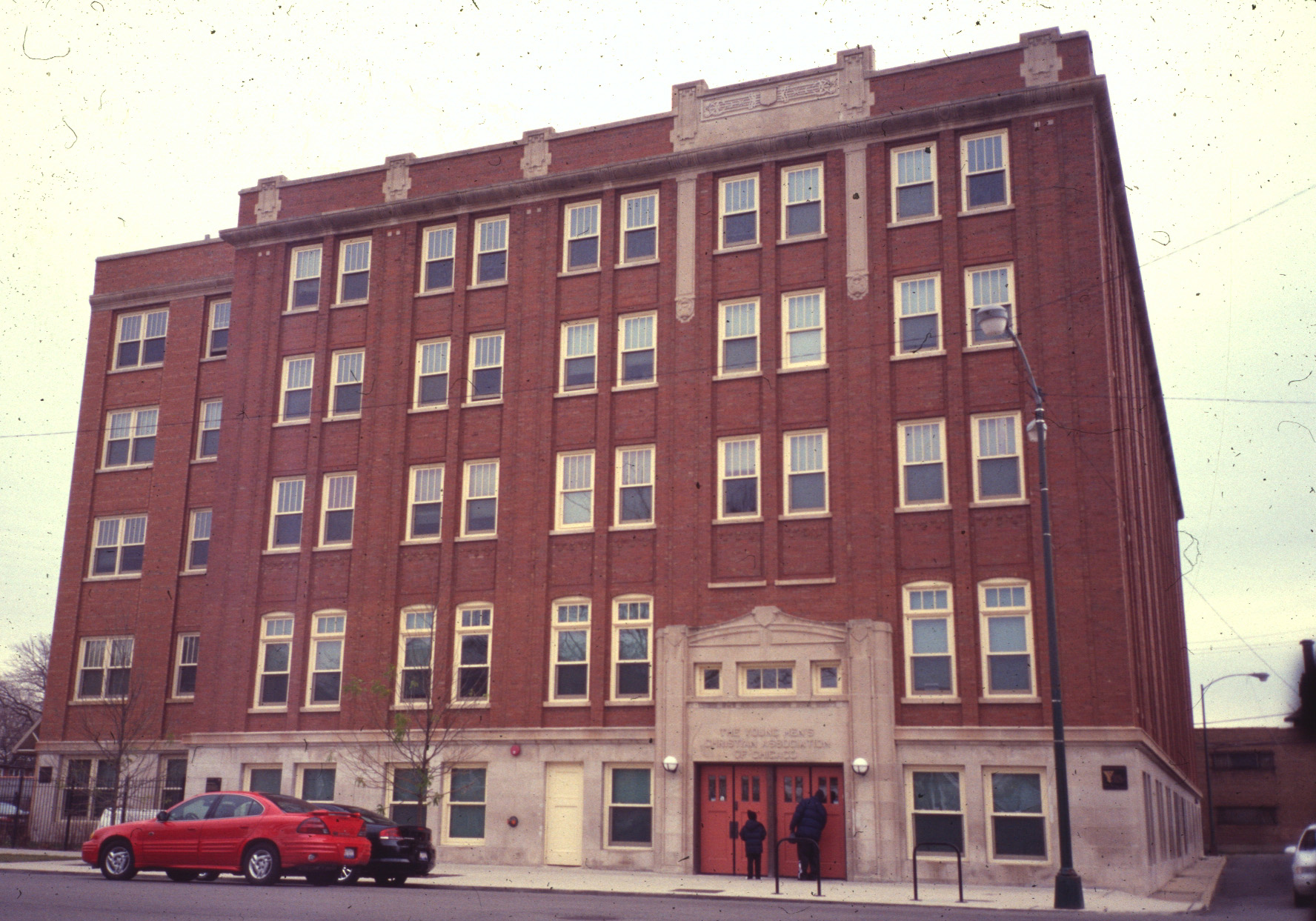 I had numerous Chicago examples to tout back in ’93, and the one that had just come to fruition was the North Kenwood Multiple Resource District, where I had worked with the community for about five years as they fought to save their historic buildings. It was a typical inner-city community in some ways – it had lost about half of its buildings and a larger percentage of its population in the 1970s and those residents who had hung on amidst drugs, gangs, prostitution, violent crime and other ills were tired of city policies that treated those ills by demolishing buildings. Which is sort of a dumb solution anyway – how can you get rid of drugs crime and gangs by tearing down buildings? Do you lock them into the building while you are tearing it down? Don’t they just move down the street? 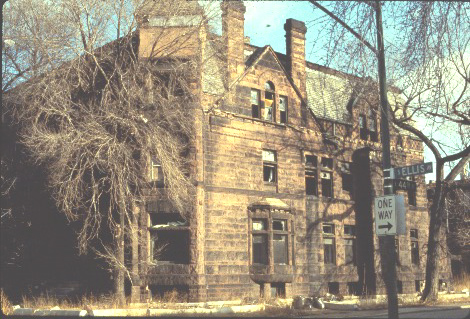 The community advocates fought even after they secured Conservation District status and the Commission on Chicago Landmarks proposed a Multiple Resource District protecting over 170 properties. It wasn’t enough for the community advocates, and they went back and forth with the Commission for 18 months before finally getting a district designated that included 338 properties, almost twice as many as the landmarks staff had proposed. I wrote this all up five years ago in Future Anterior in an article called “Race Against Renewal”. 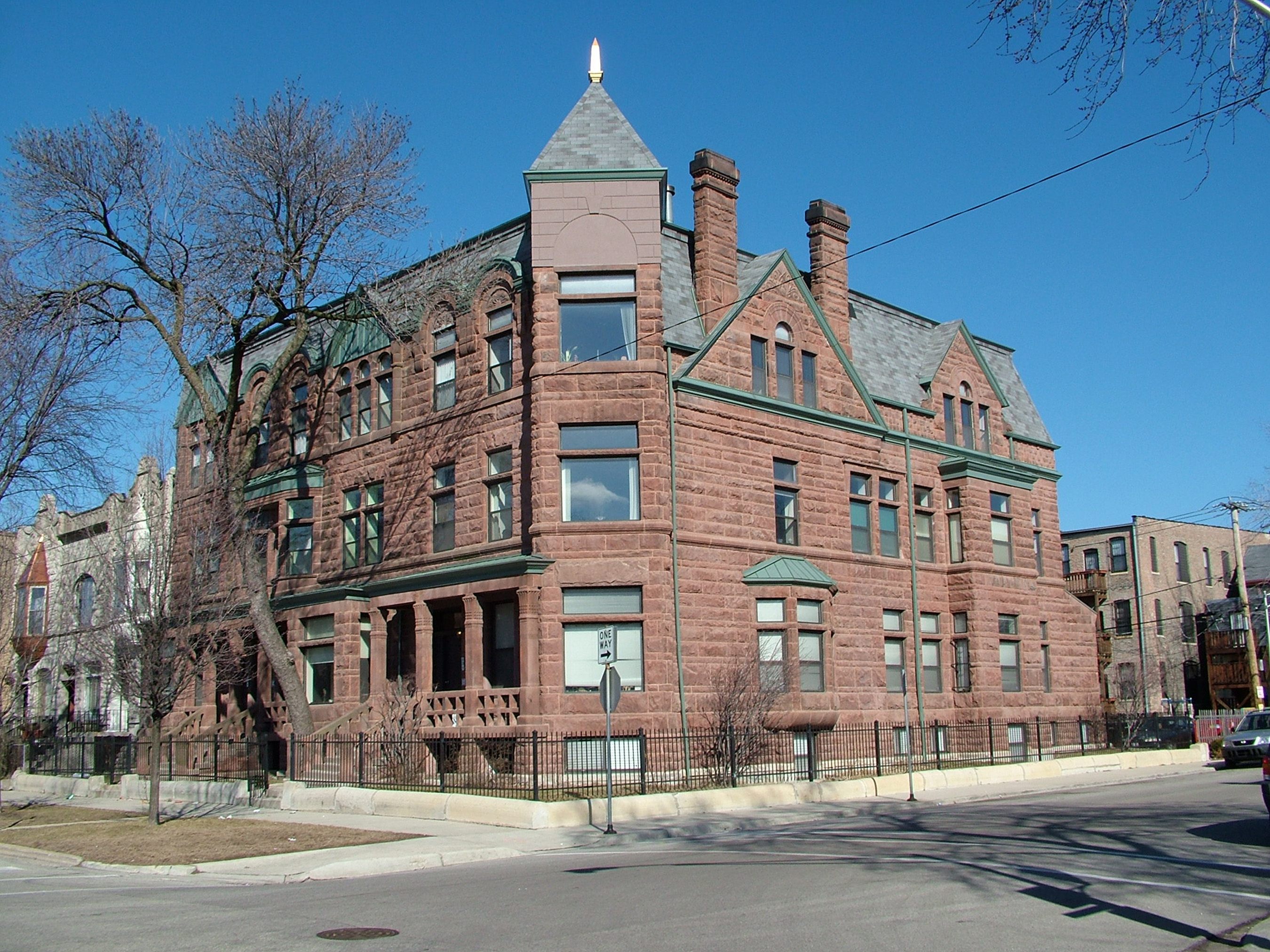 The bottom line: people like to save their neighborhoods, and as they say, the only color that counts is green. Preserving the built environment of a community is a common, frequent impulse for anyplace that feels ownership of the community. One of the people trying to fight the landmarking accused the advocates of having “middle class aspirations.” HUH? Of course they do – who in history doesn’t? 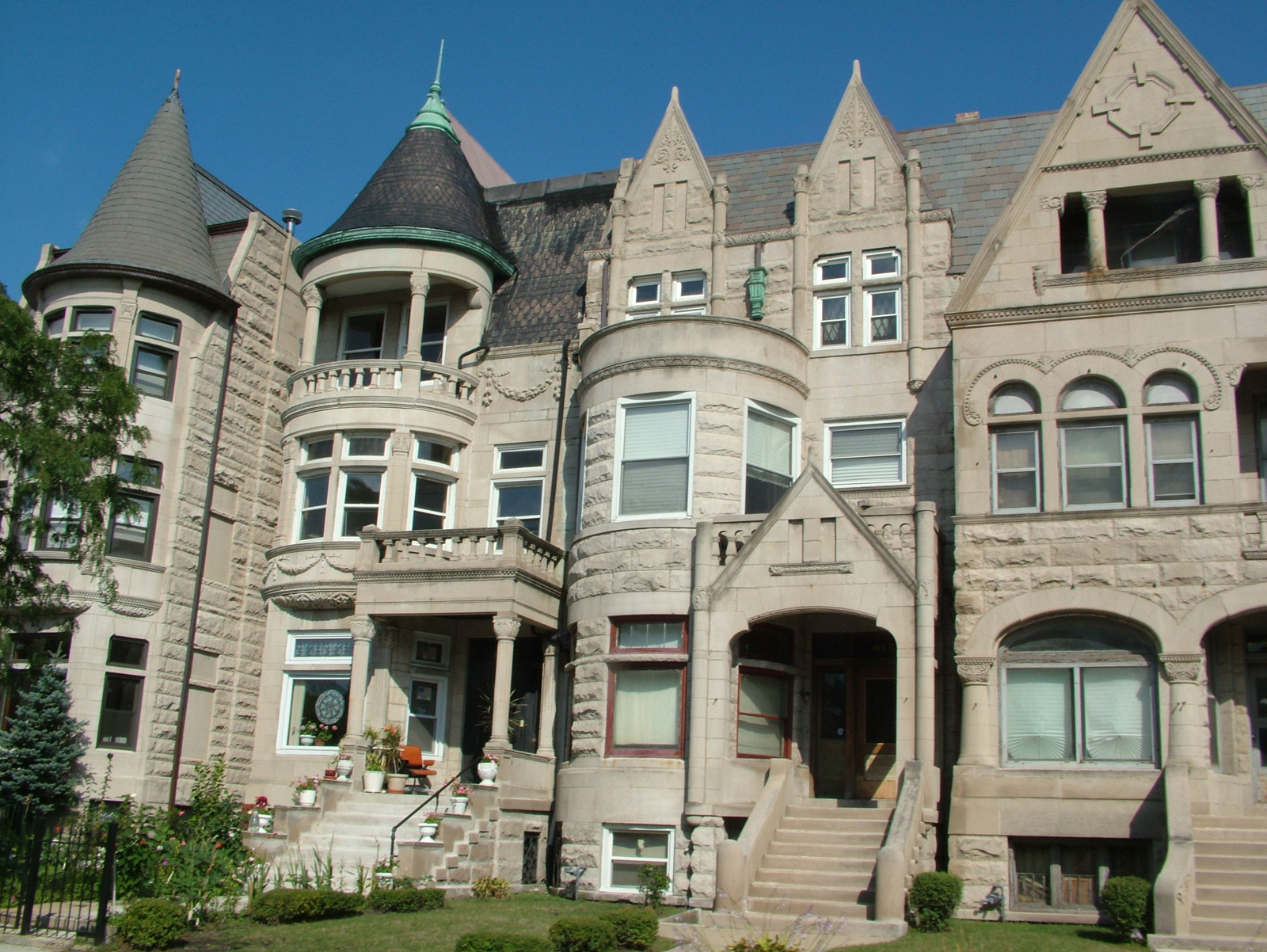 Of course, North Kenwood today has gentrified, and the generation that saved the district has been supplanted by a new generation, and tons upon tons of new construction that has made it a success, and technically more diverse, since it is no longer ethnically monochromatic. 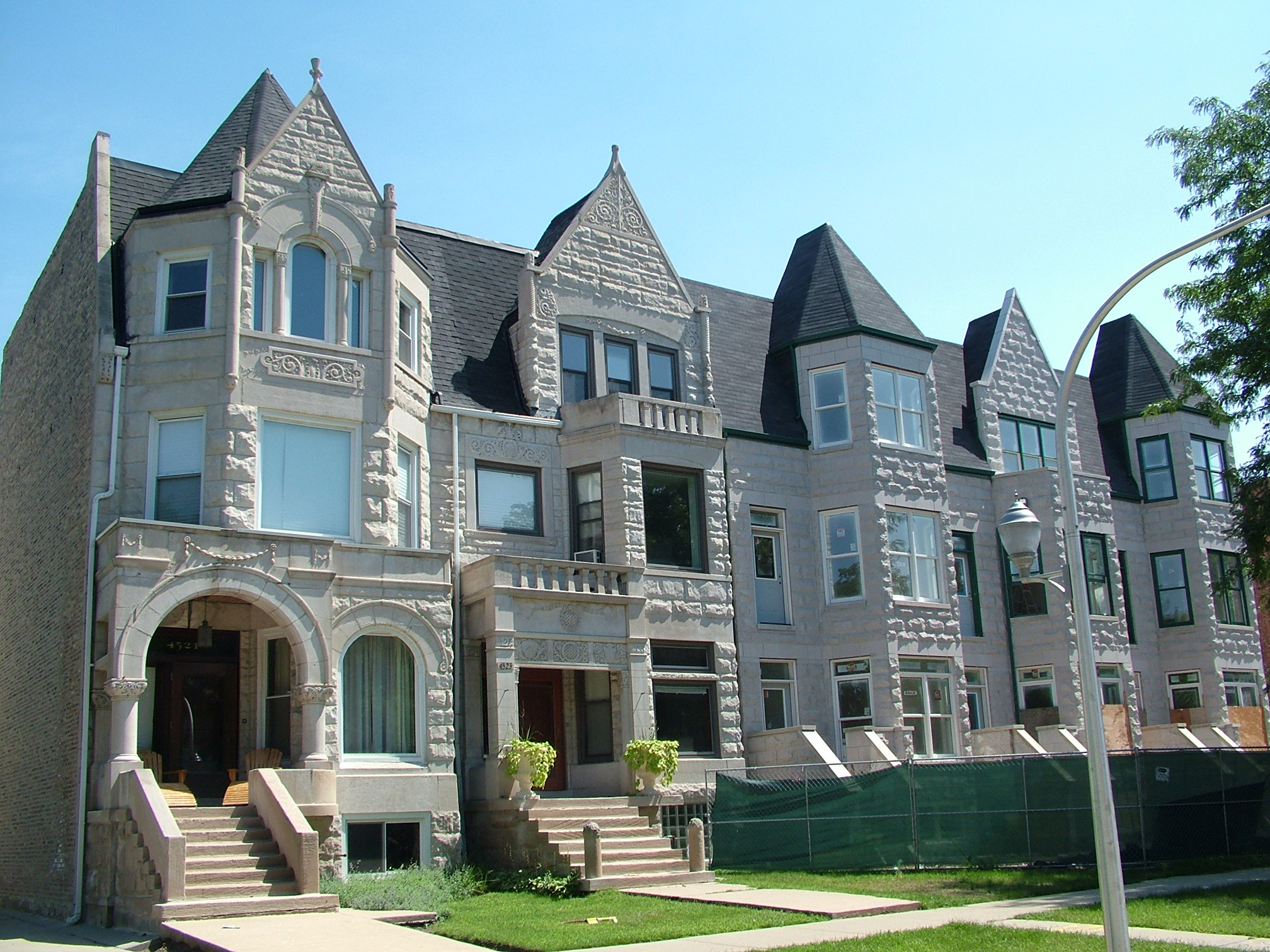 But the efforts go on. There are bungalow preservation efforts in Auburn-Gresham just as there are in Mayfair. People are always trying to save their houses of worship, sometimes because the congregation has moved out of the neighborhood. It happened with the Italians and the Ukrainians and the African-Americans and the Bohemians and the Mexican-Americans and even the Flems and Walloons and it keeps happening. 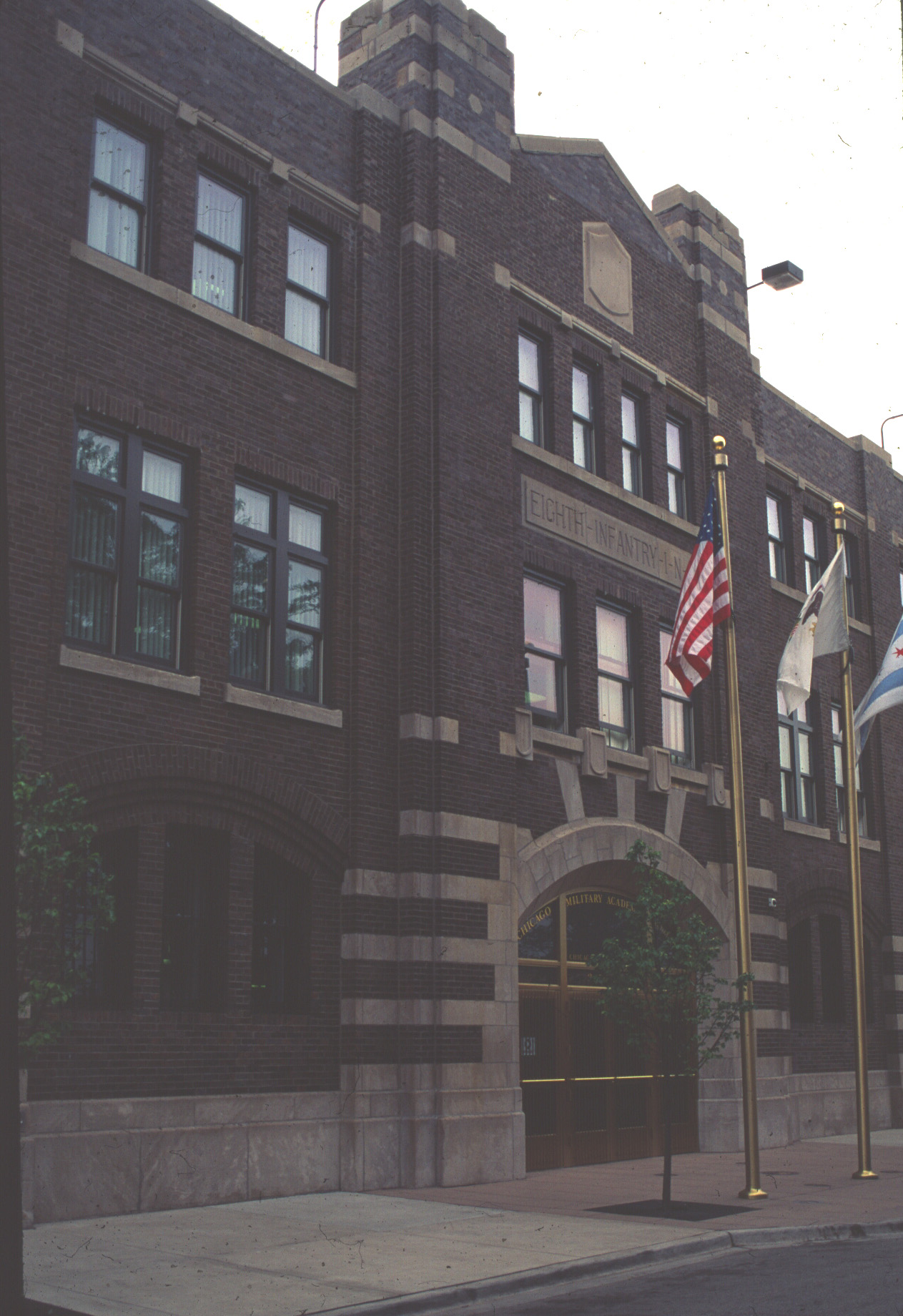 A new development is by its nature, by its genesis, by its financing and by its marketing, monochromatic. The inherited built environment of the inner-city or the inner suburb is diverse. The buildings themselves don’t carry the weight of cultural bias – I have seen people with no ethnic connection get excited about the old ethnic associations of a building they now steward. Why? Because they are the steward, the owner. They OWN that history as much as their own. 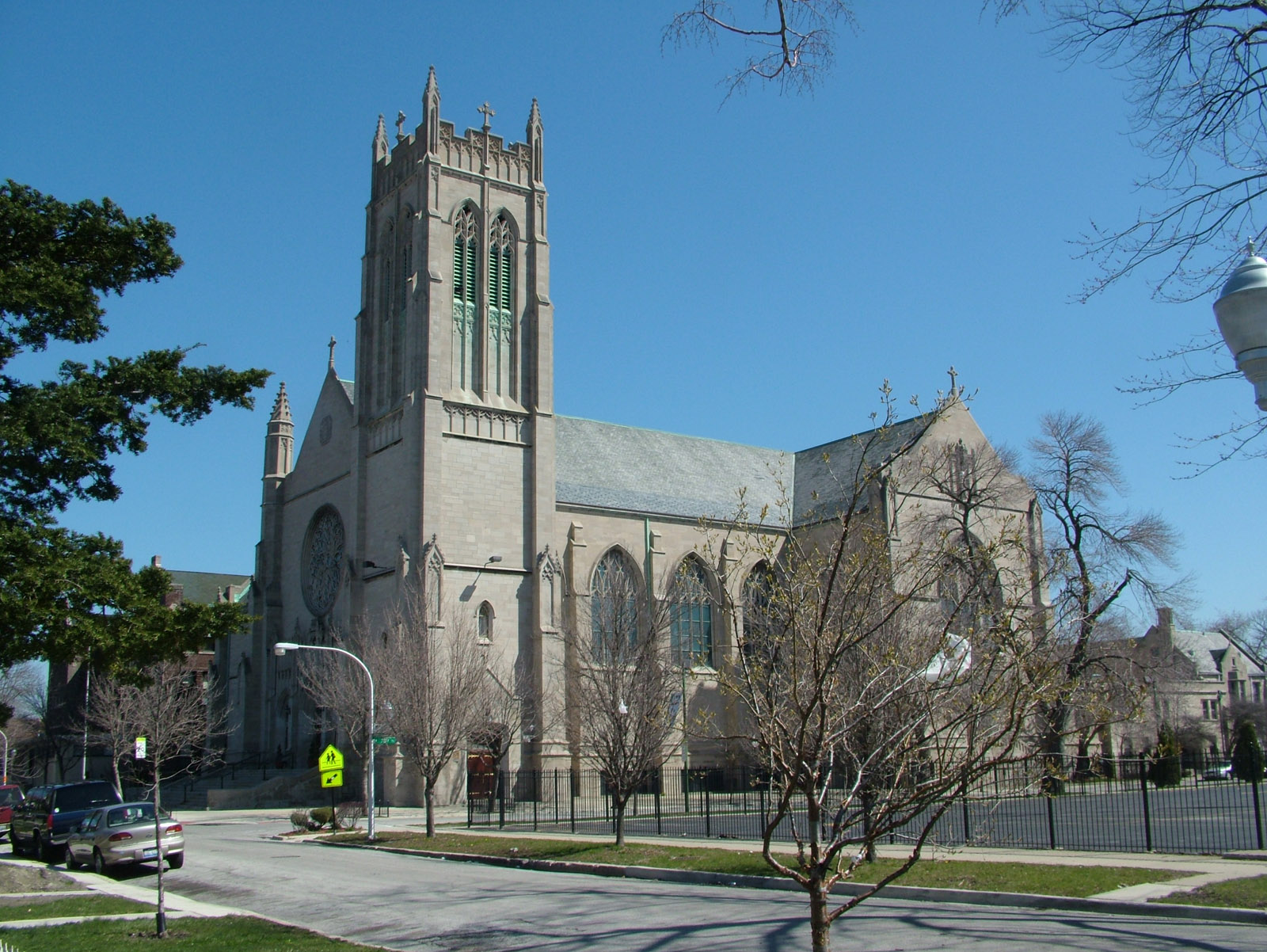 I said it 17 years ago and I will say it again. We don’t need to foster diversity in preservation as much as we need to find it and help it succeed.