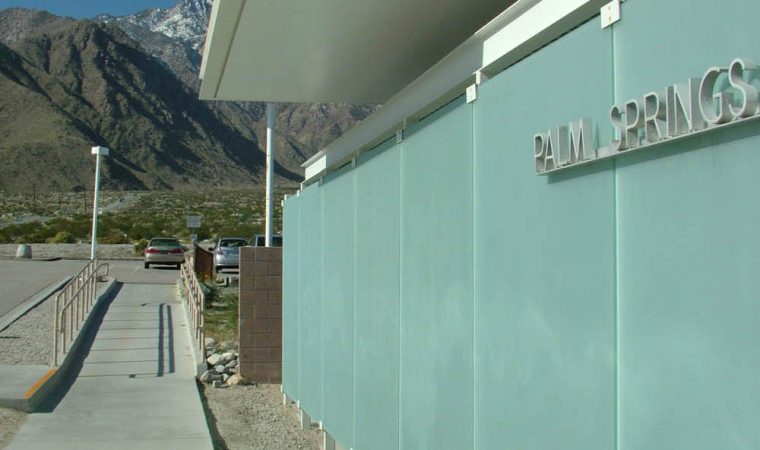 I have seen the future of historic preservation, and it is Mid-century Modernism. It isn’t just the influence of Mad Men or Dwell, which recently celebrated its first decade. The writing was on the wall in the 1990s when Anne Sullivan, who replaced me as Director of the Historic Preservation Program at SAIC, started her class “From Lustron to Neon: Preserving the Recent Past” and within two years it was the most popular elective EVER. I managed to get my work on architect Barry Byrne into a Mid-Century panel in 2002 at the Society of Architectural Historians Conference, thanks to Victoria Young and Christine Madrid French, and Chris is now the Director of Trust Modern, a supporter of Palm Springs Modernism Week, which draws quadruple digits to the desert oasis to feast on the glories of steel cantilevers, ribbed concrete and floor-to-ceiling glass. 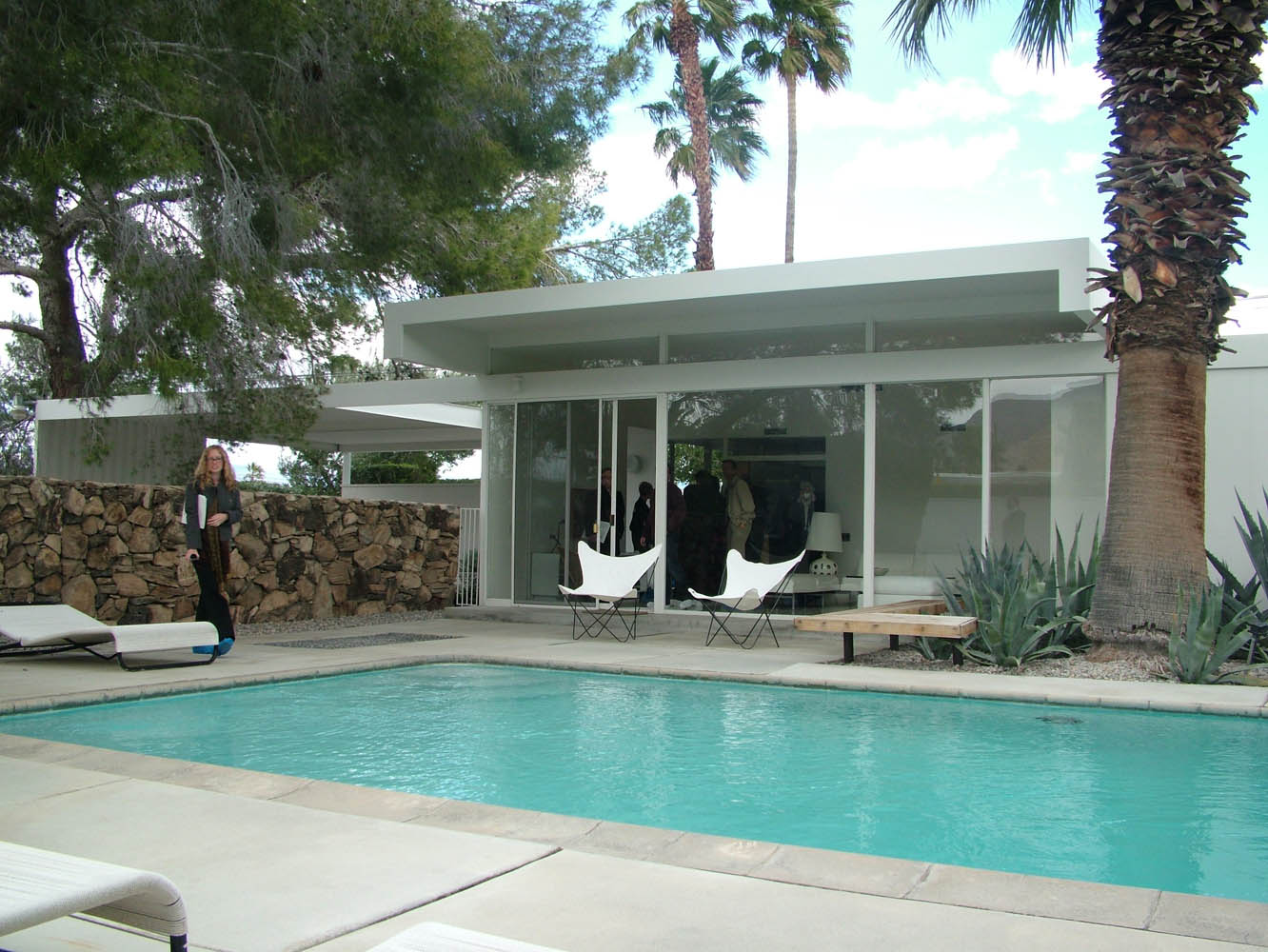 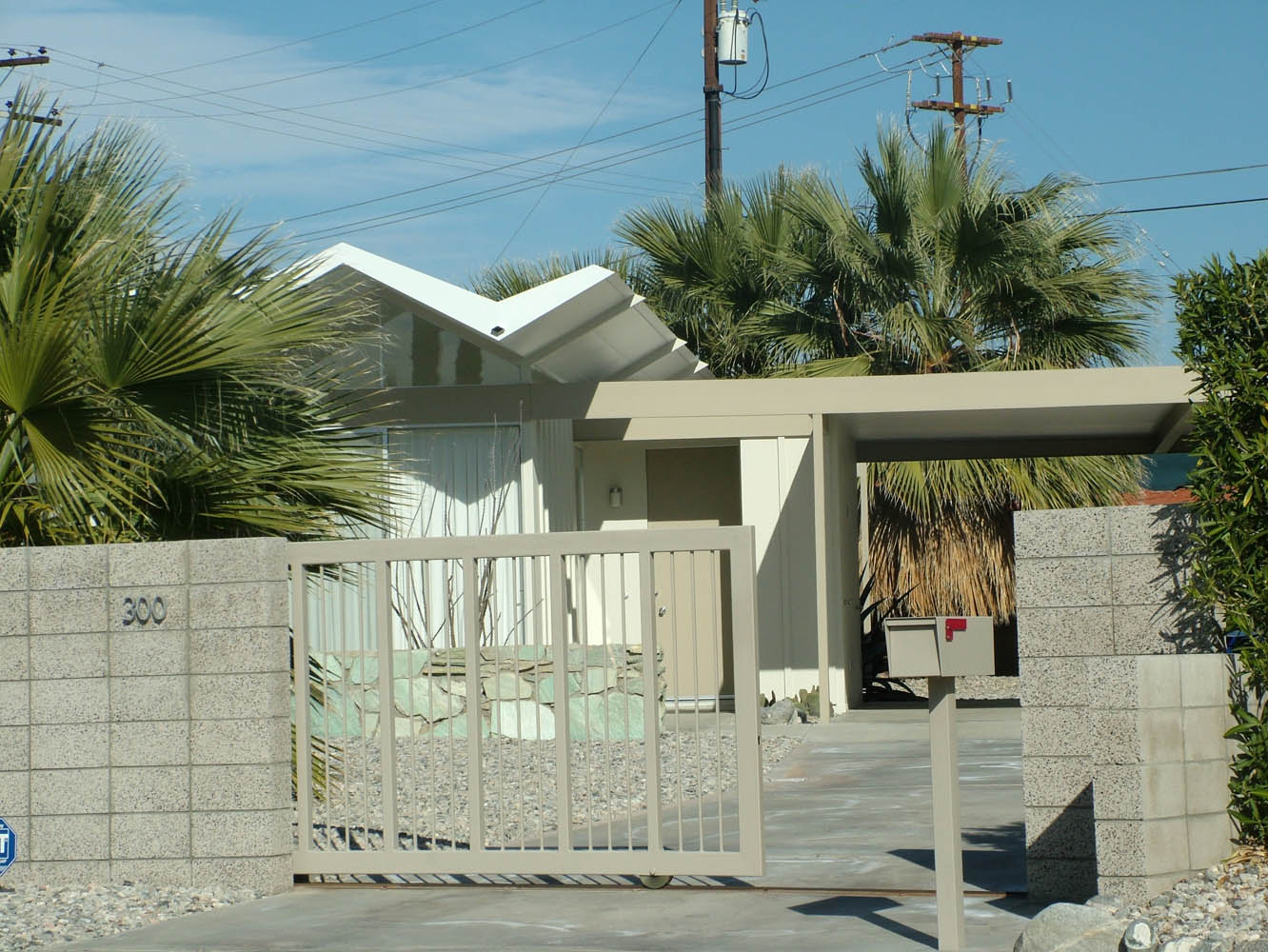 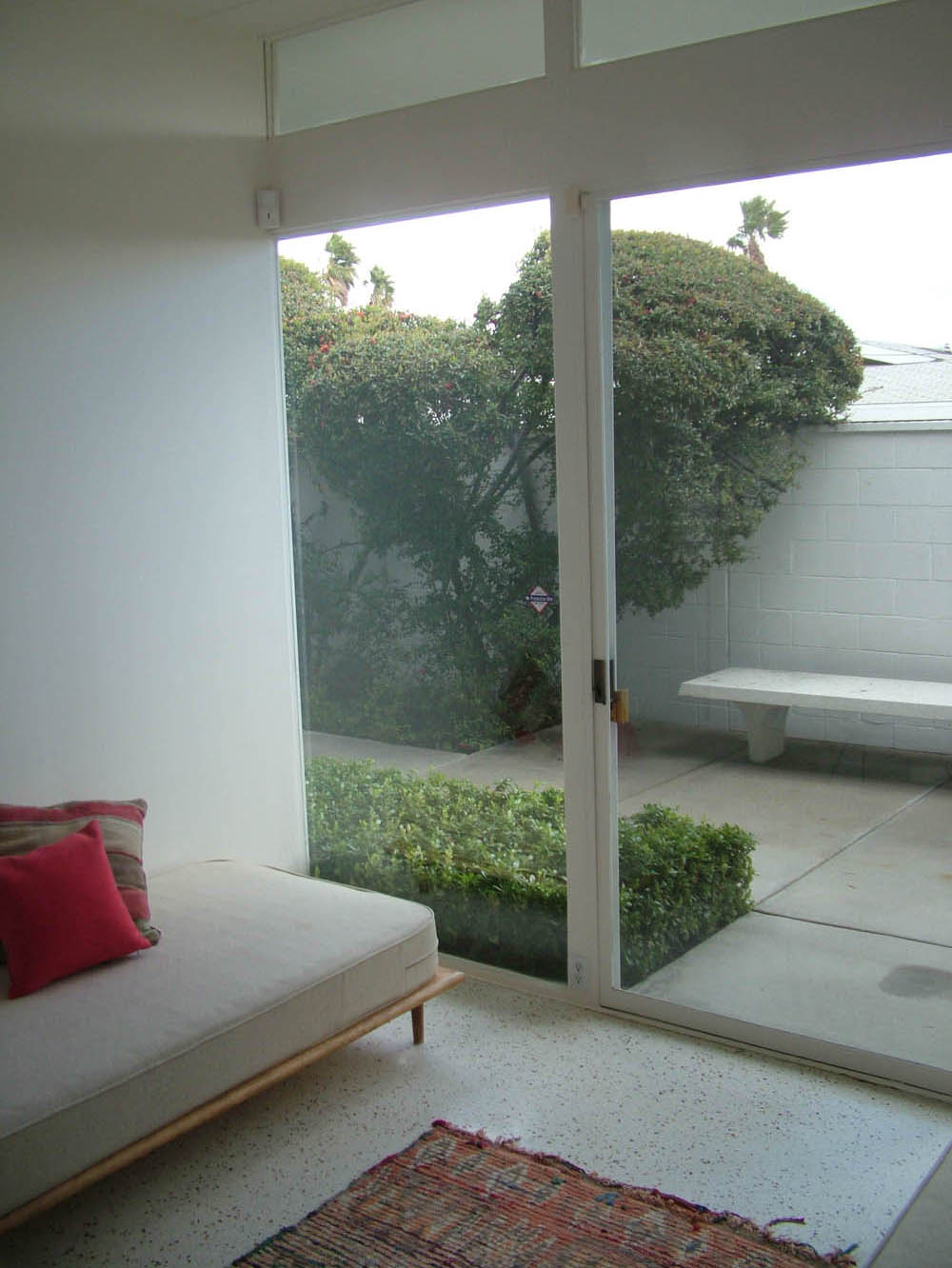 Everything here looks like Dwell magazine, which means my kids would love it. Thanks to desert sun and a climate that avoids oxide jacking, this stuff looks great always. Many thanks are due to head honcho Jacques Cassin, Modern maven Nickie McLaughlin, and Palm Springs Museum curator Sidney Williams, all of whom made my visit wonderful. Sidney and my friend and colleague Lauren Bricker curated a GREAT show on the architect Donald Wexler at the Palm Springs Art Museum, and I got to meet Wexler, who has done a lot of great buildings. 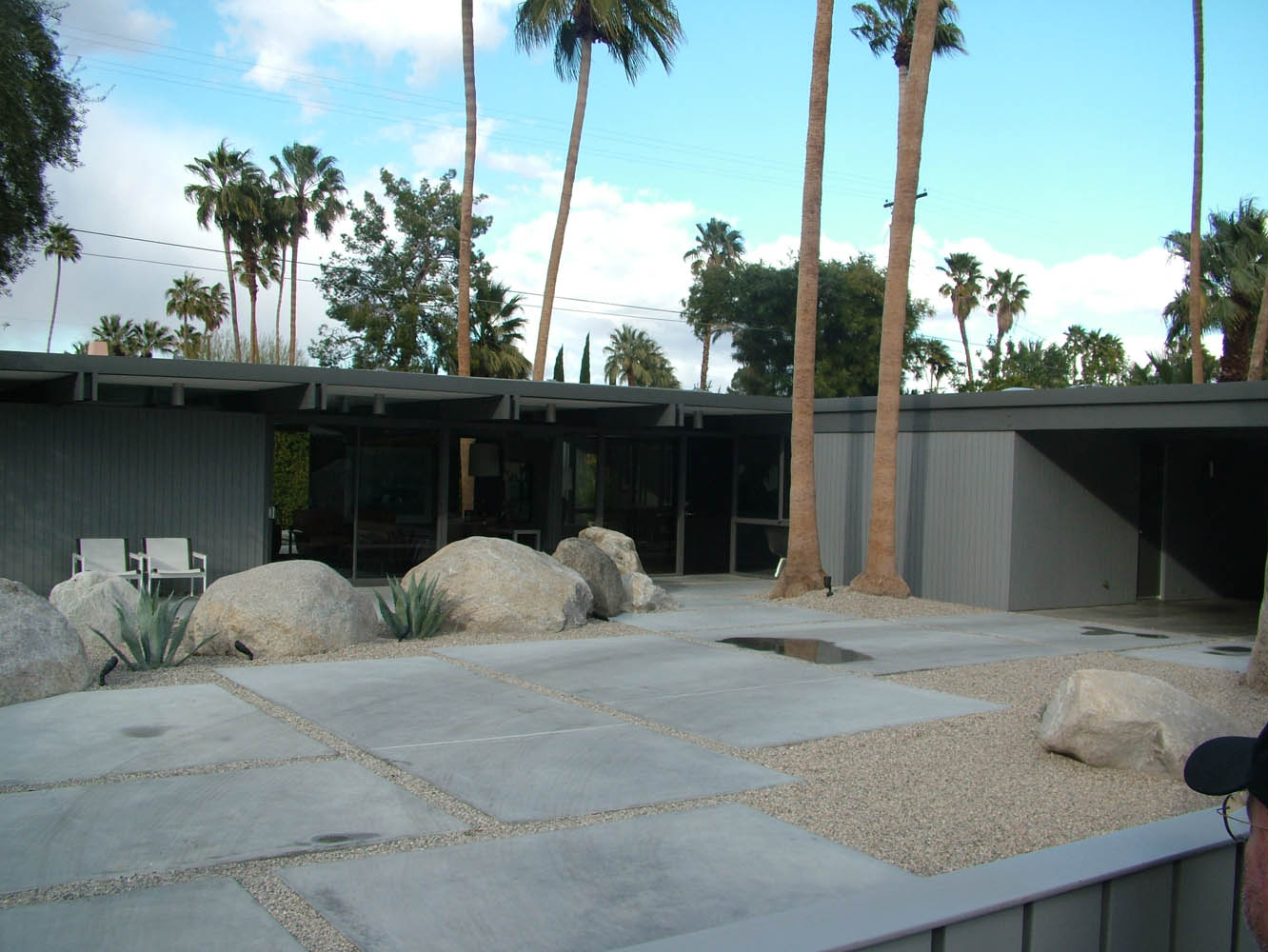 In 1999 the Palm Springs Modern Committee was founded to promote the preservation of the modern architecture and neighborhoods of Palm Springs. In 2001 the Modernism Show started, and together with a symposium organized by the Art and Design Council of the Palm Springs Art Museum, the event became Modernism Week, which is now 11 days long and growing every year. It started as a show, but it is becoming s serious conference, and our lectures were very well attended. 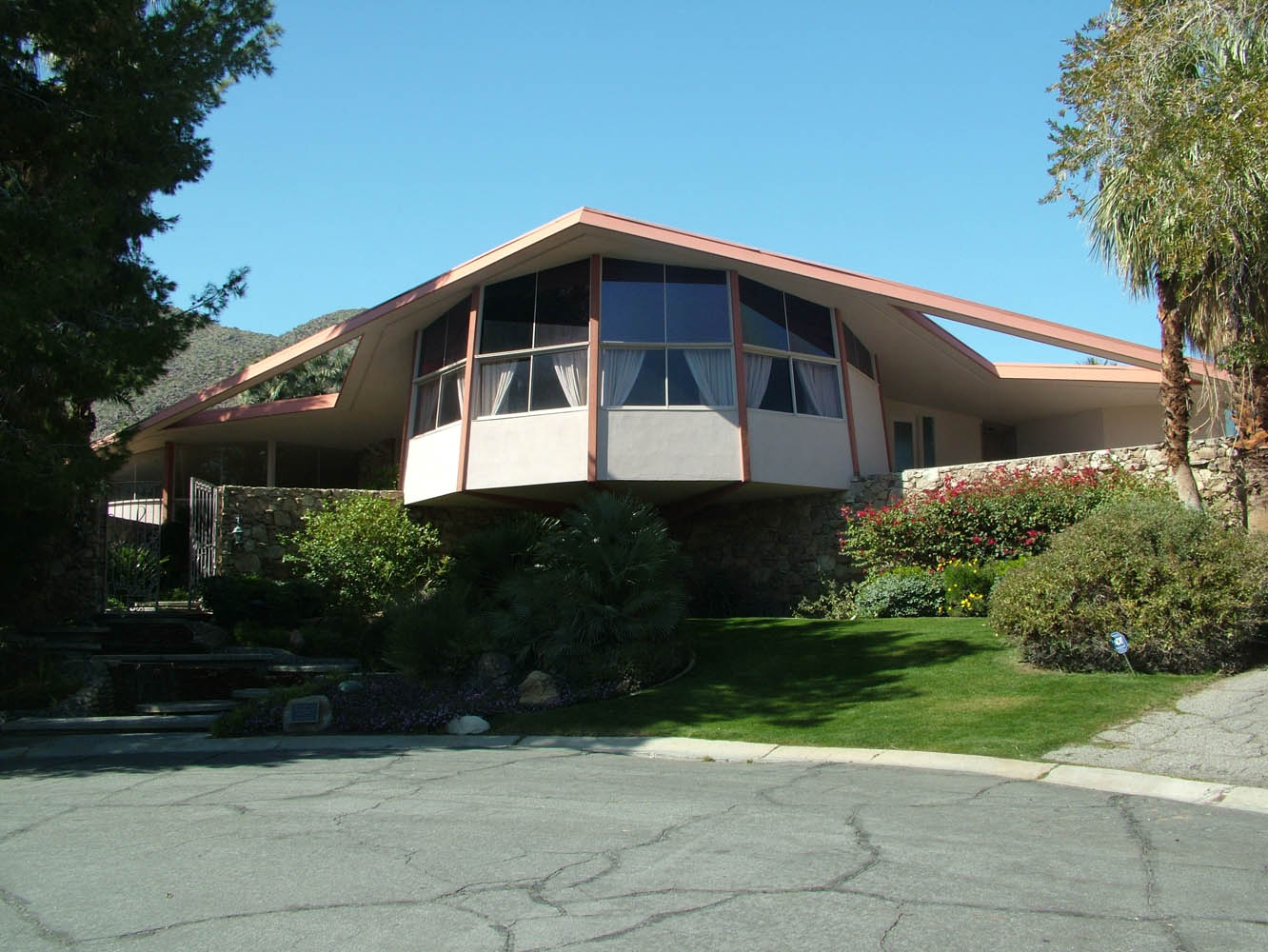 I missed much of the show, which started over a week ago, but I did attend the Saturday symposium, which featured architectural historian Thomas Hines, technology historian David Nye and a panel of three architects building steel houses, including Lance O’Donnell, Linda Taalman, and Barton Myers. 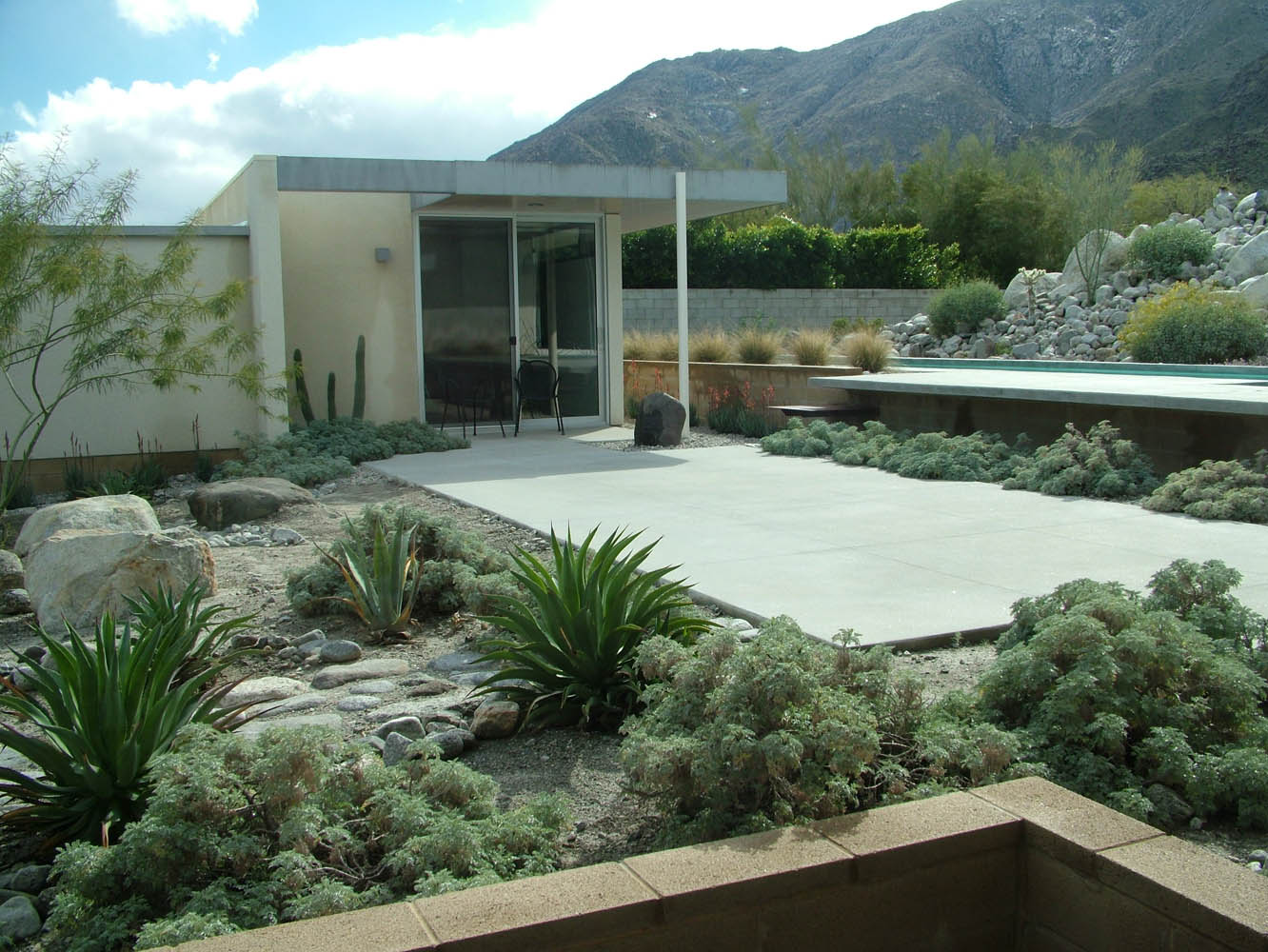 There were bus tours of the great houses by Albert Frey and Richard Neutra and of course Donald Wexler, William Cody, William Krisel and E. Stewart Williams, who shaped the look of this desert city.

I did get to see the Airstream exhibit over the weekend, and the colorful exhibit of Braniff airlines, with wild 60s stewardess costumes and Alexander Calder designs, and I laughed my guts out at the Friday night presentation of Charles Phoenix, who narrates a bizarre and FABULOUS collection of found mid-century slides. 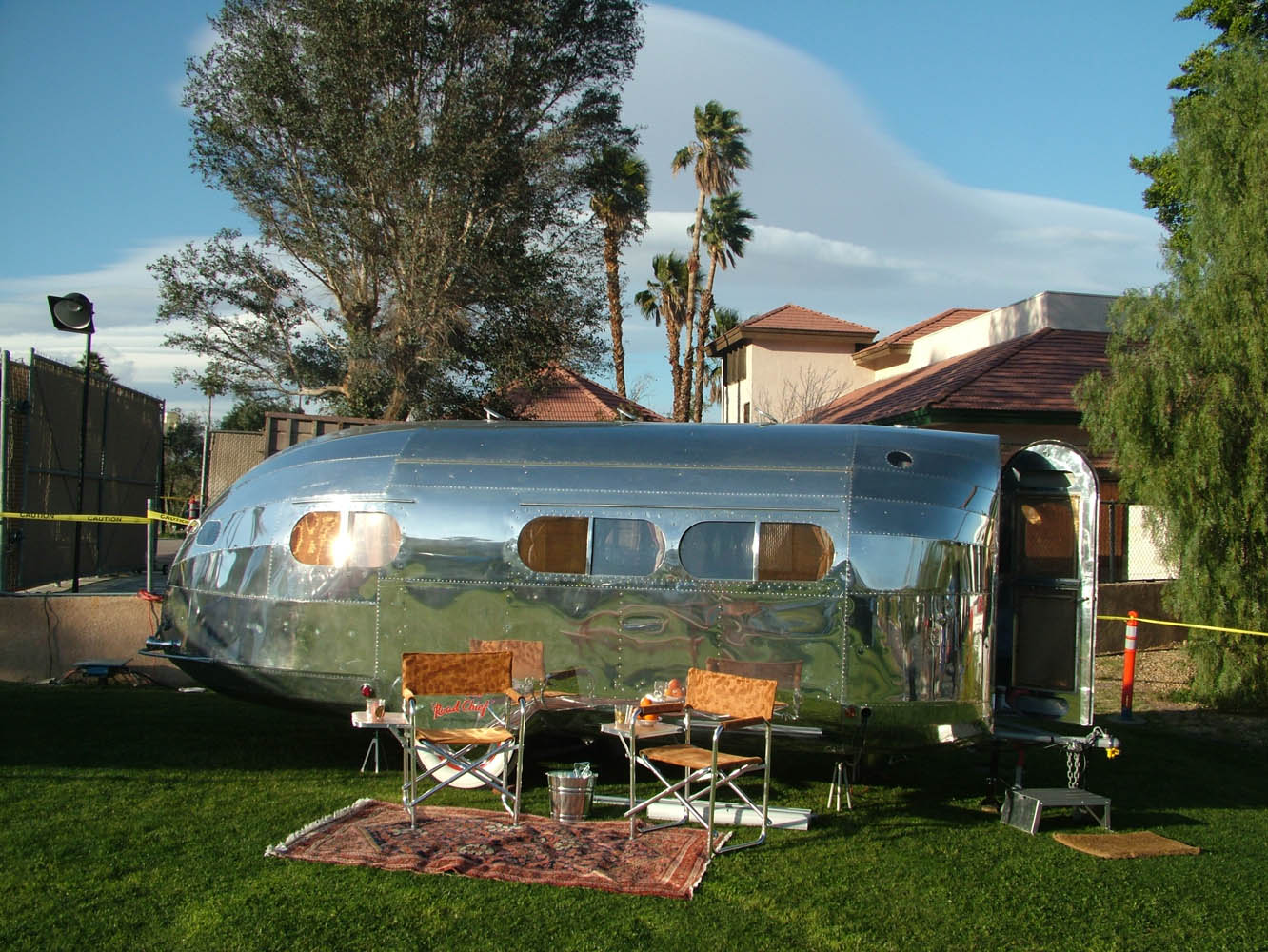 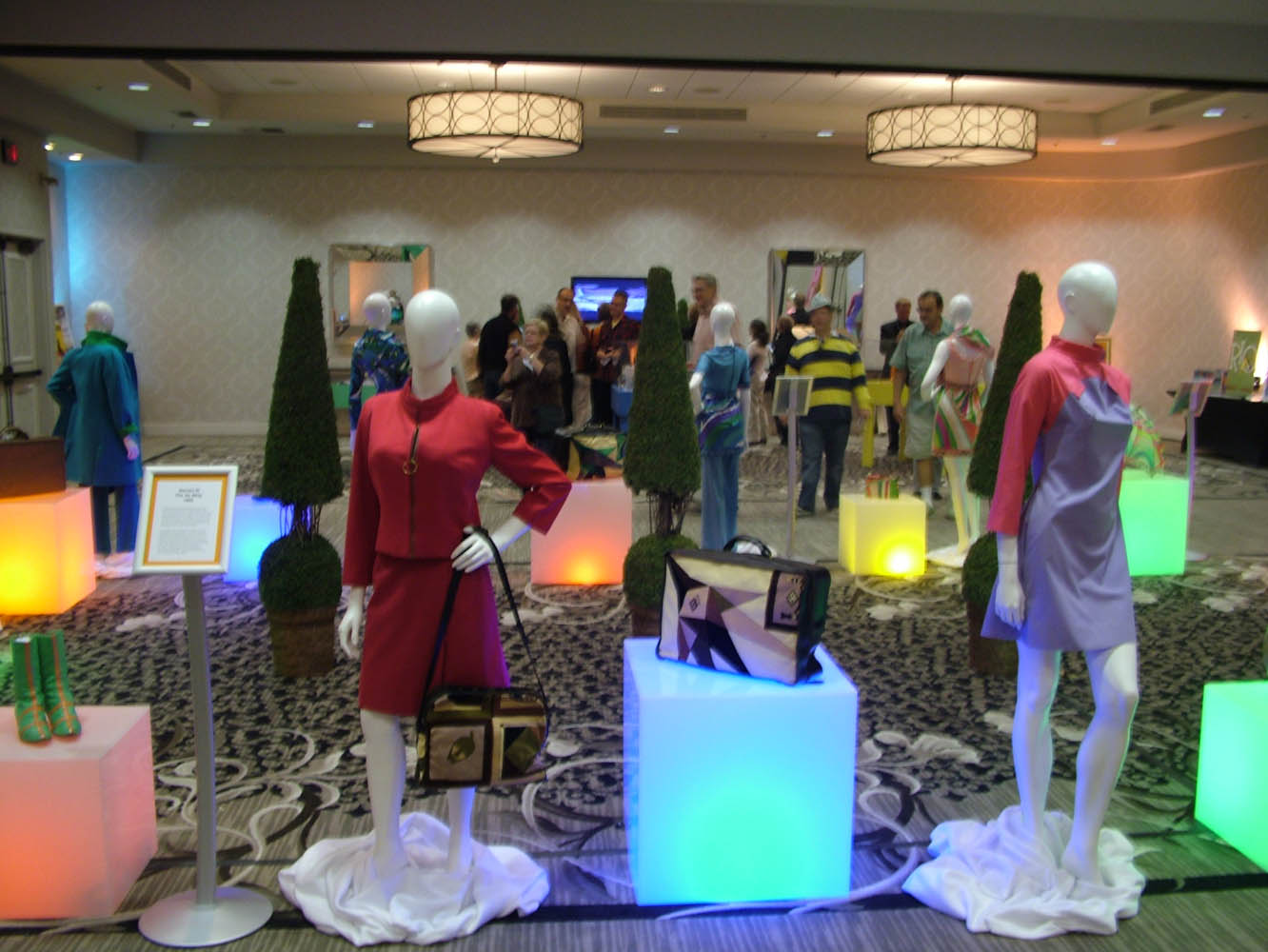 There is a glamour to this era which many of the enthusiasts are latching onto, an atomic age optimism that has a refreshing aura in the face of current conditions – that is a description of nostalgia, but when it is causing this many people to invest in this many buildings, I’ll take it. Here’s the lovingly restored Sinatra house, replete with period photos and furnishings: 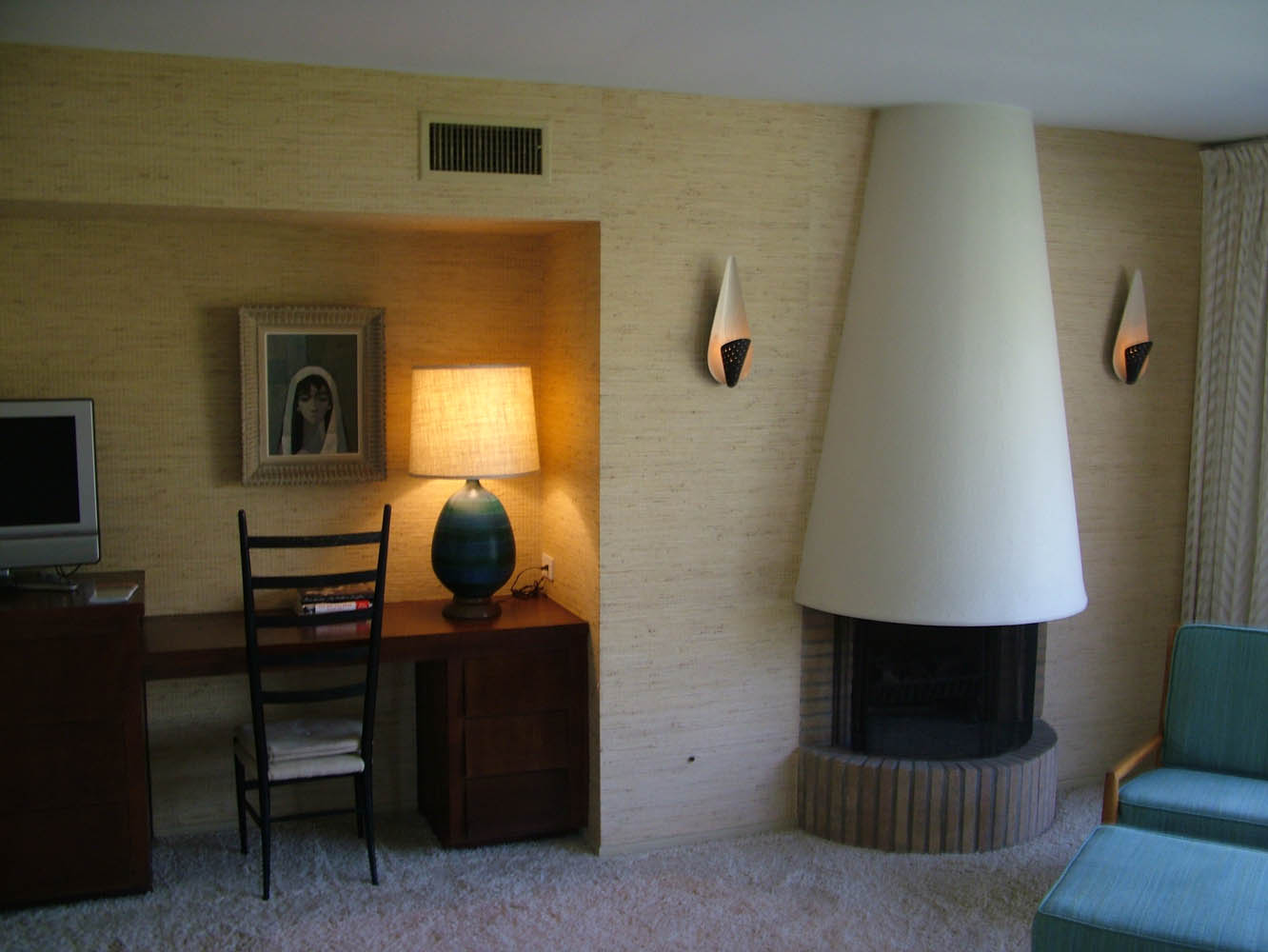 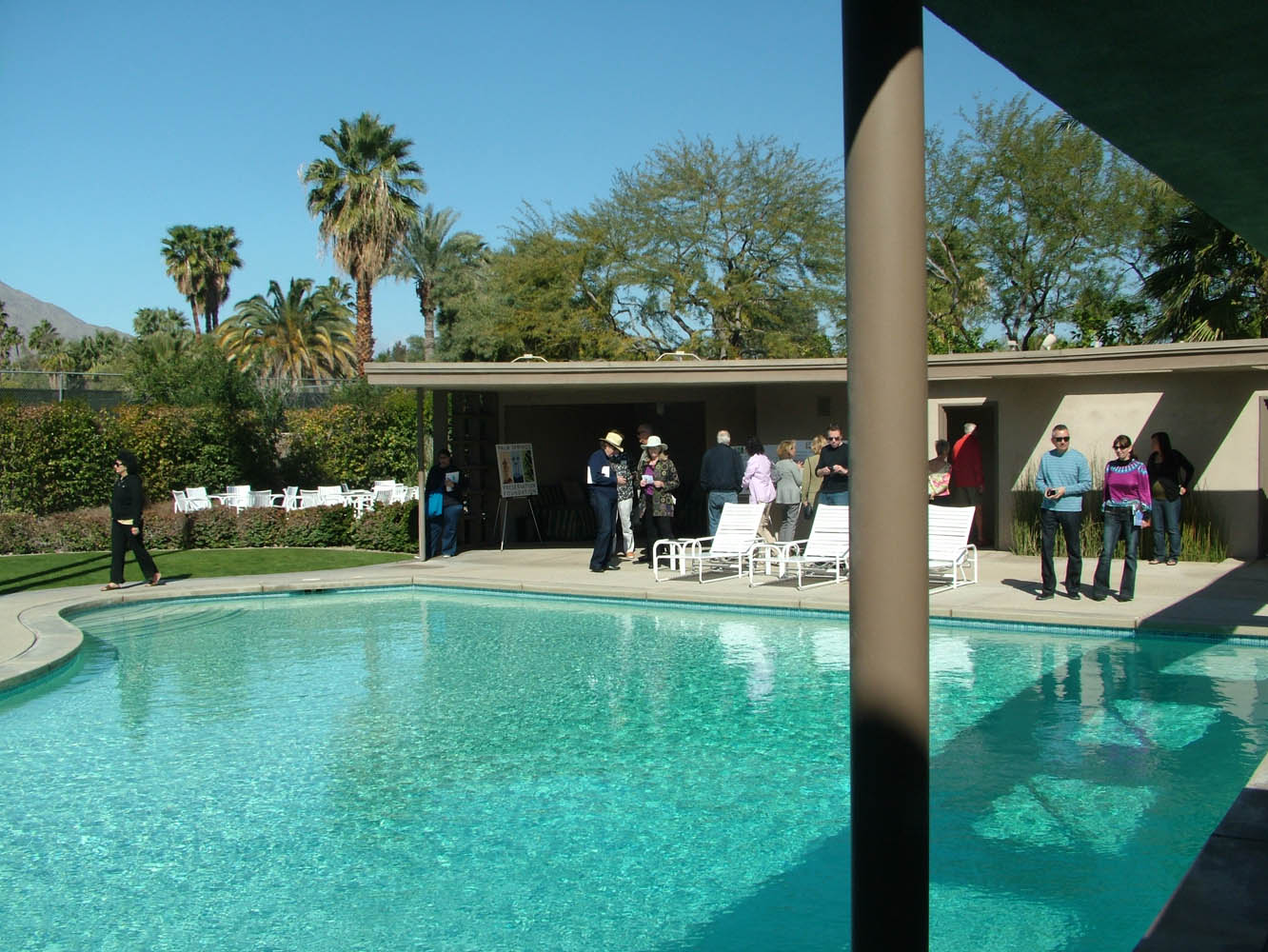 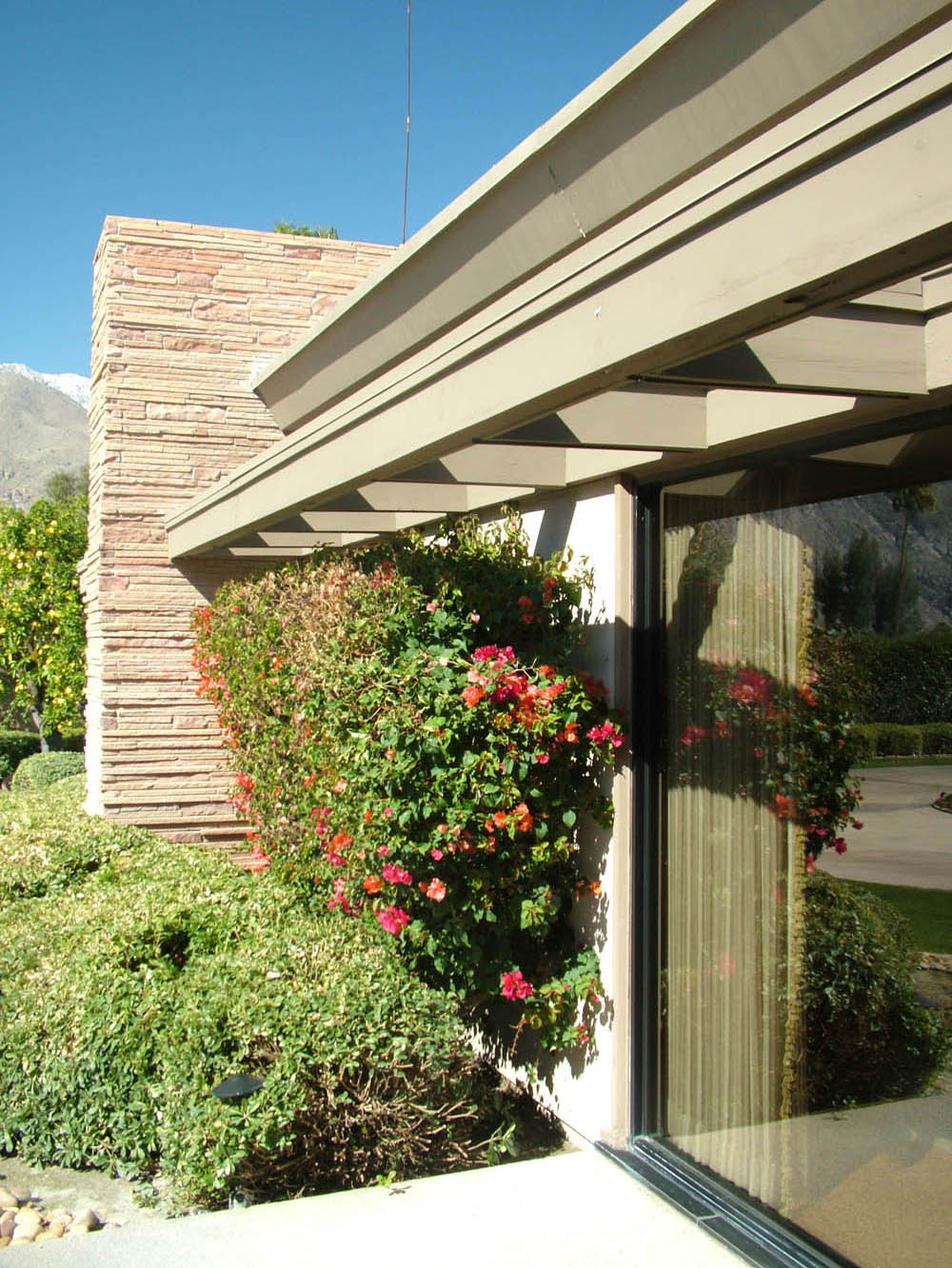 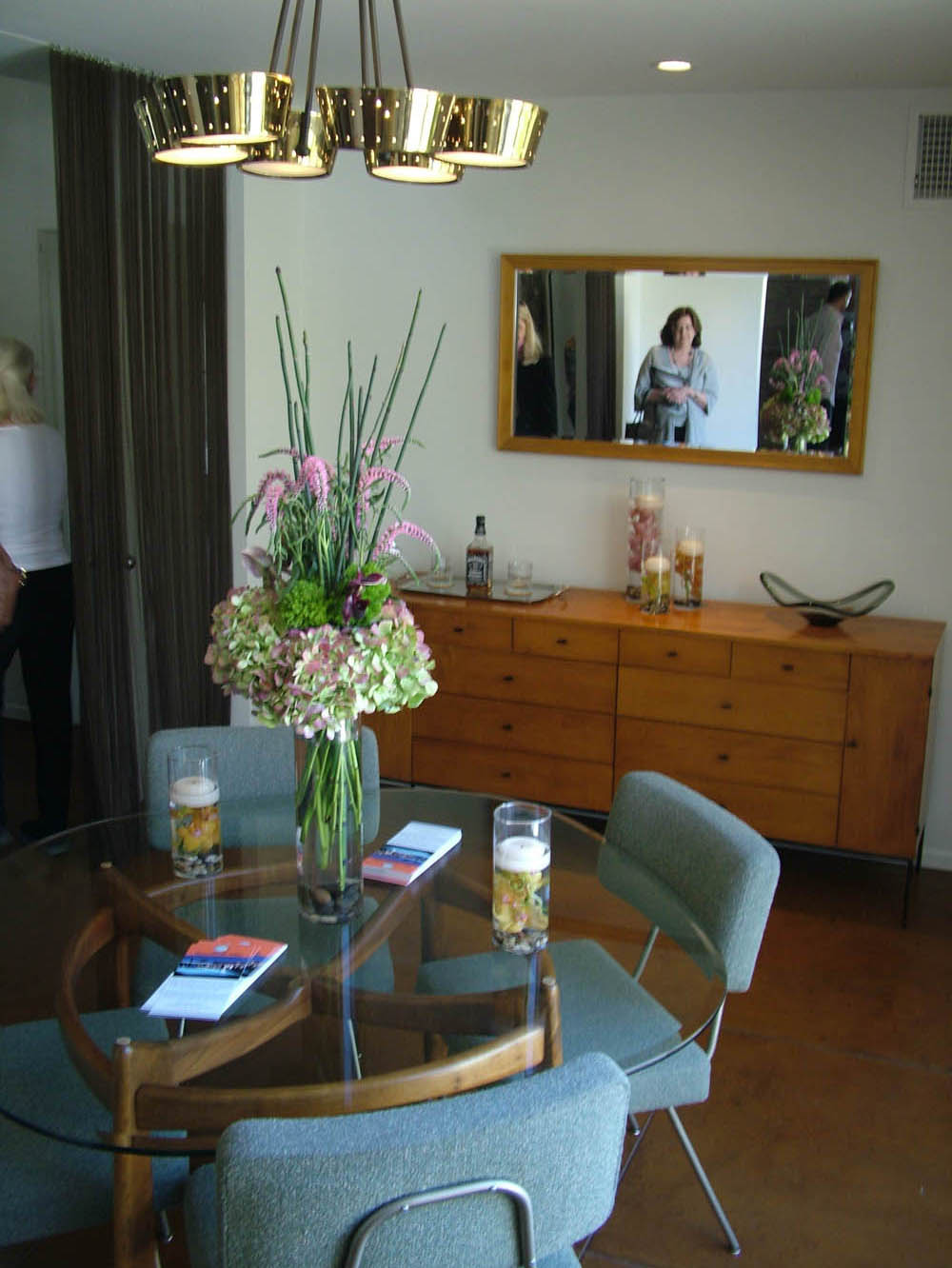 You can see my several recent posts on Modernism, like this one, this one and this one to get more details about my talk on Preserving Modernism in Chicago, which was presented to a very appreciative crowd. And I have to express great appreciation to all those who came up to me in the FABULOUS Jorgenson-Mavis House (William F. Cody, 1955) to complement me on the talk. 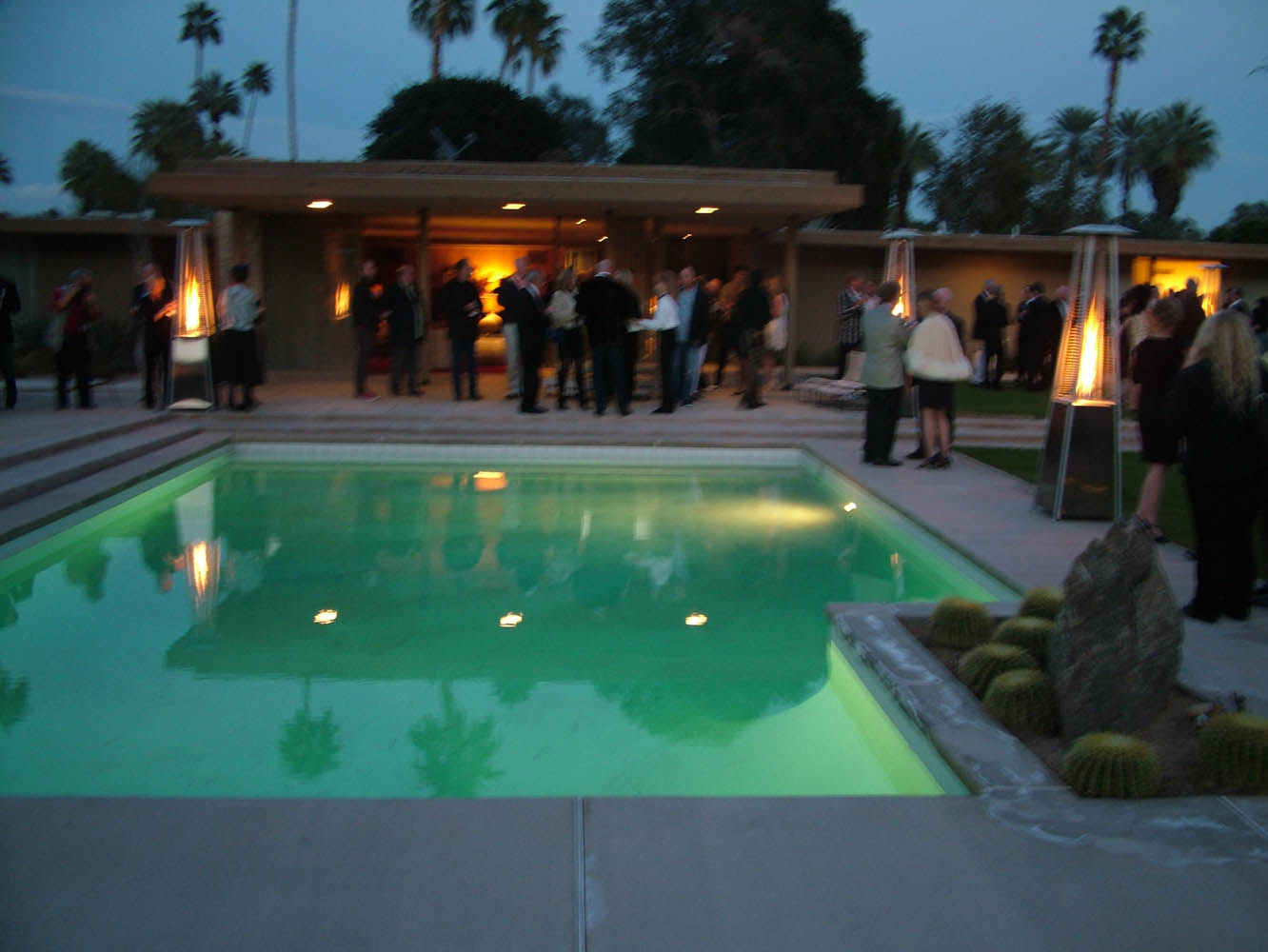 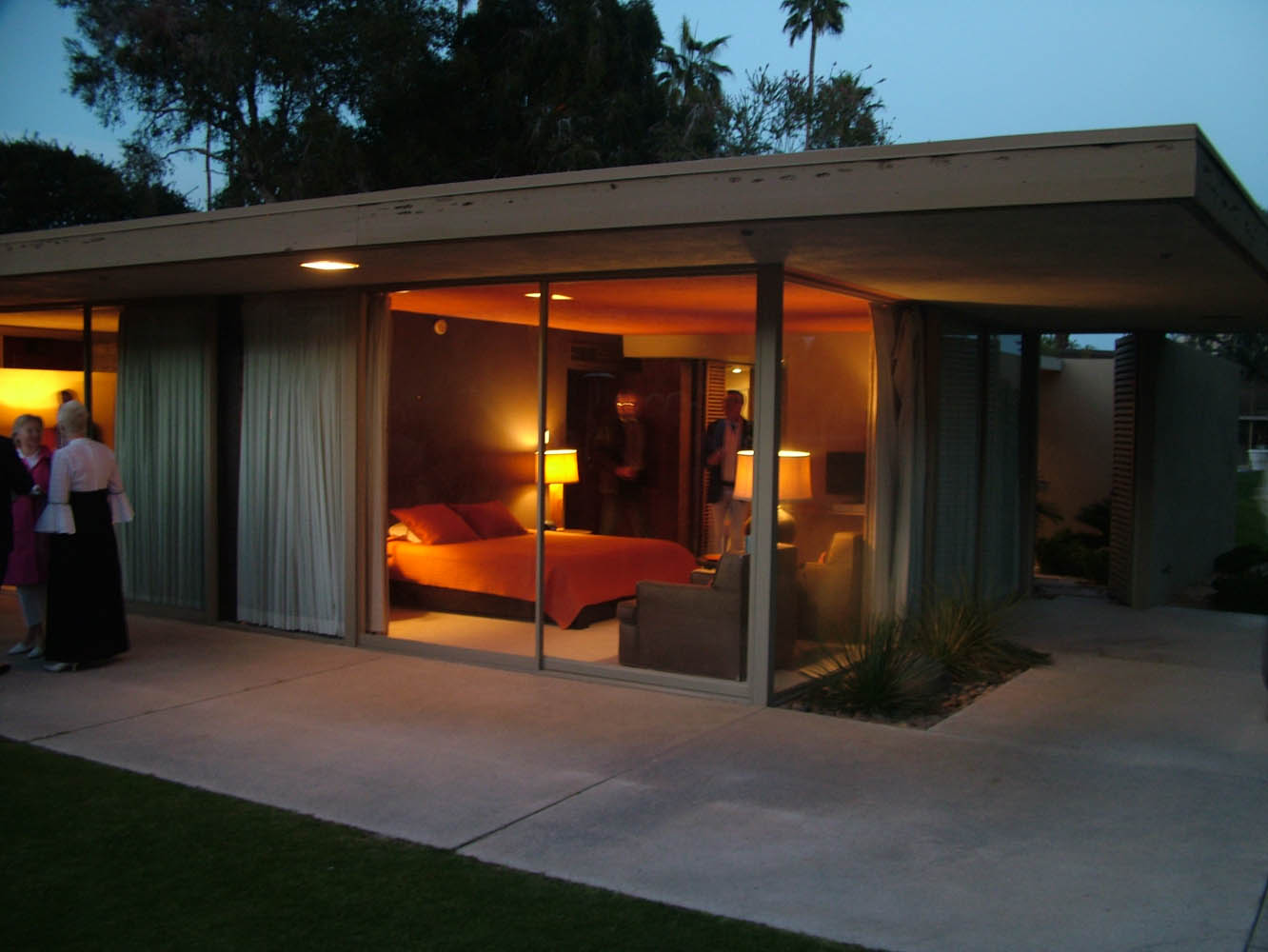 The important thing, however, is how much enthusiasm and energy (and money) there is in this phenomenon. People tend to want to preserve the architecture of two generations past, hence early 20th century preservationists began with Greek Revival, and by the 70s they managed to get their arms and minds around Victorian and even Prairie. But there is still some resistance to the architecture of the 60s and 70s, especially because preservation itself – heritage conservation – began in some part as a reaction against urban renewal and postwar sprawl, so it somehow seems heretical to preserve it. But even in Chicago we are starting to preserve urban renewal, which I mentioned in my lecture here Friday. 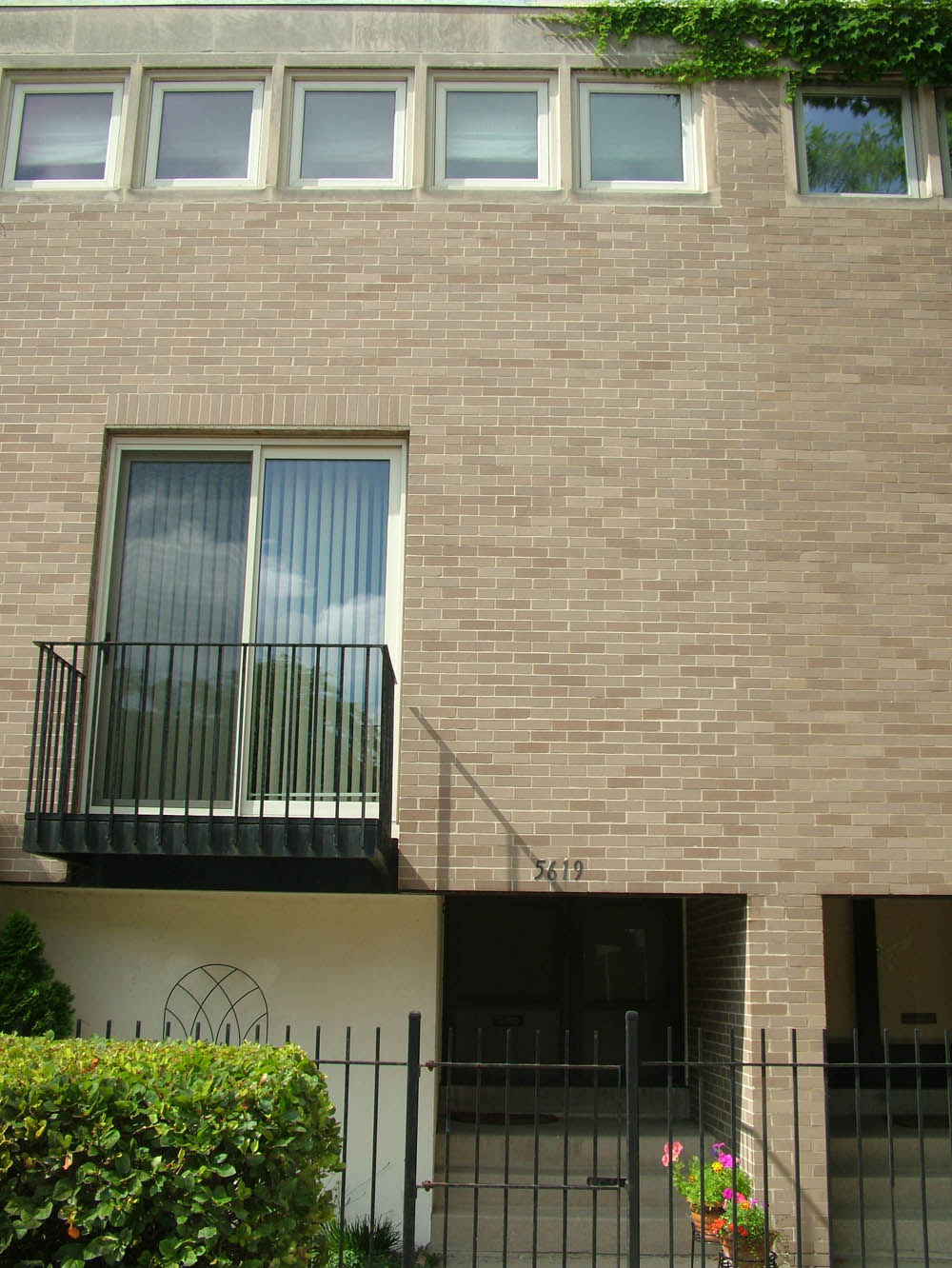 But in 1990 we weren’t – I and others rejected Walter Netsch’s request to save the UICC campus in 1993, and very few were on the other side. If it was happening today, the answer would be different, because another generation has passed since 1993, just as preserving Victorian painted ladies was okay in 1975 but “hideous” in 1957. The big issues in Chicago today are from the postwar era, like this soon-to-be-demolished State Street shoe store: 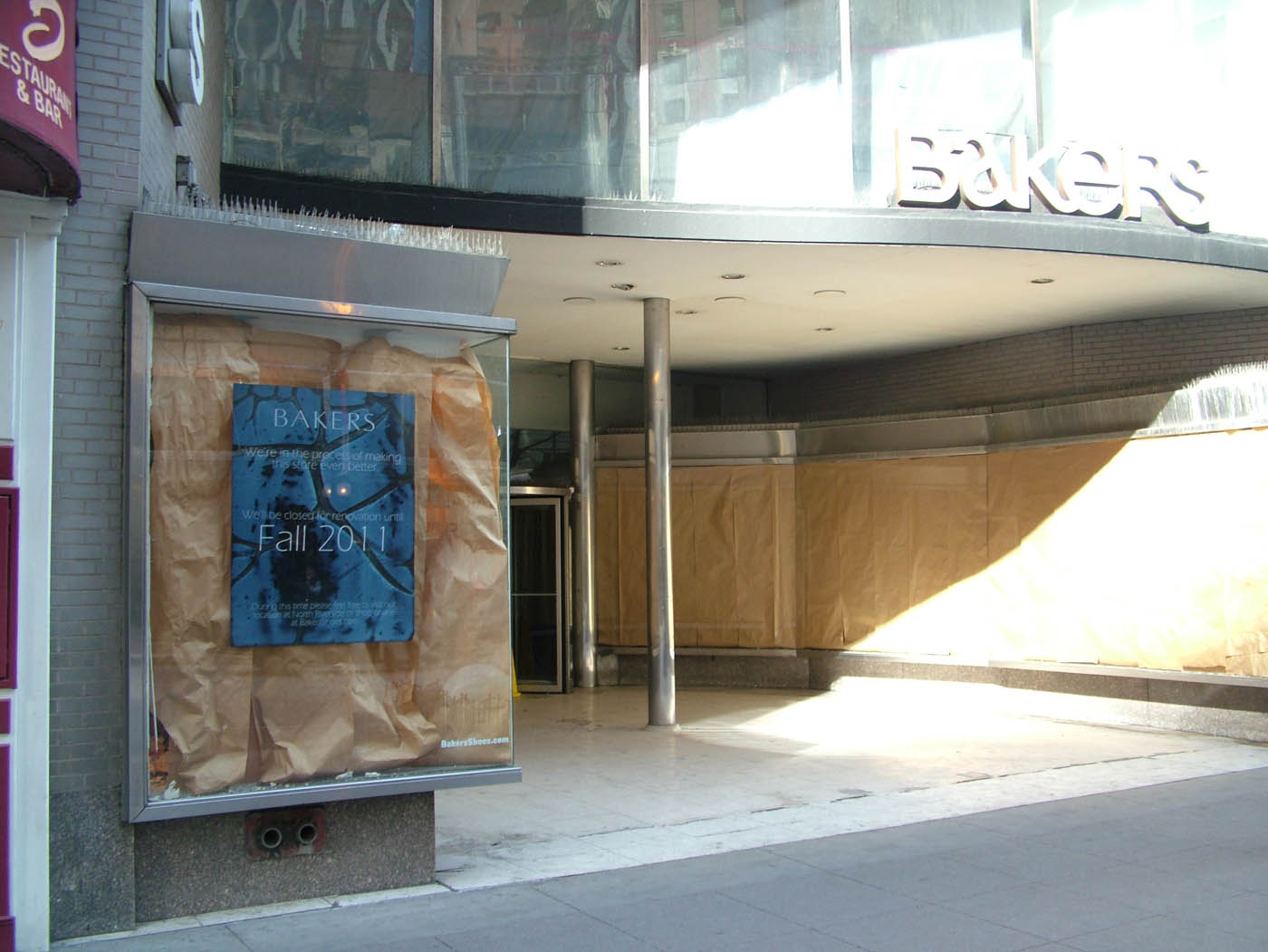 Friday afternoon I served on a panel (moderated by no less than Alan Hess) with impressive colleagues from Miami, Sydney, Brisbane and Havana (sort of) to discuss the challenge of preserving the architecture of an era that many of us actually remember. This stuff was popular with the students and scholars before it resonated with the general public, although huge strides have been made in the past five years. Here’s a bank in Palm Springs that borrows from Ronchamp. 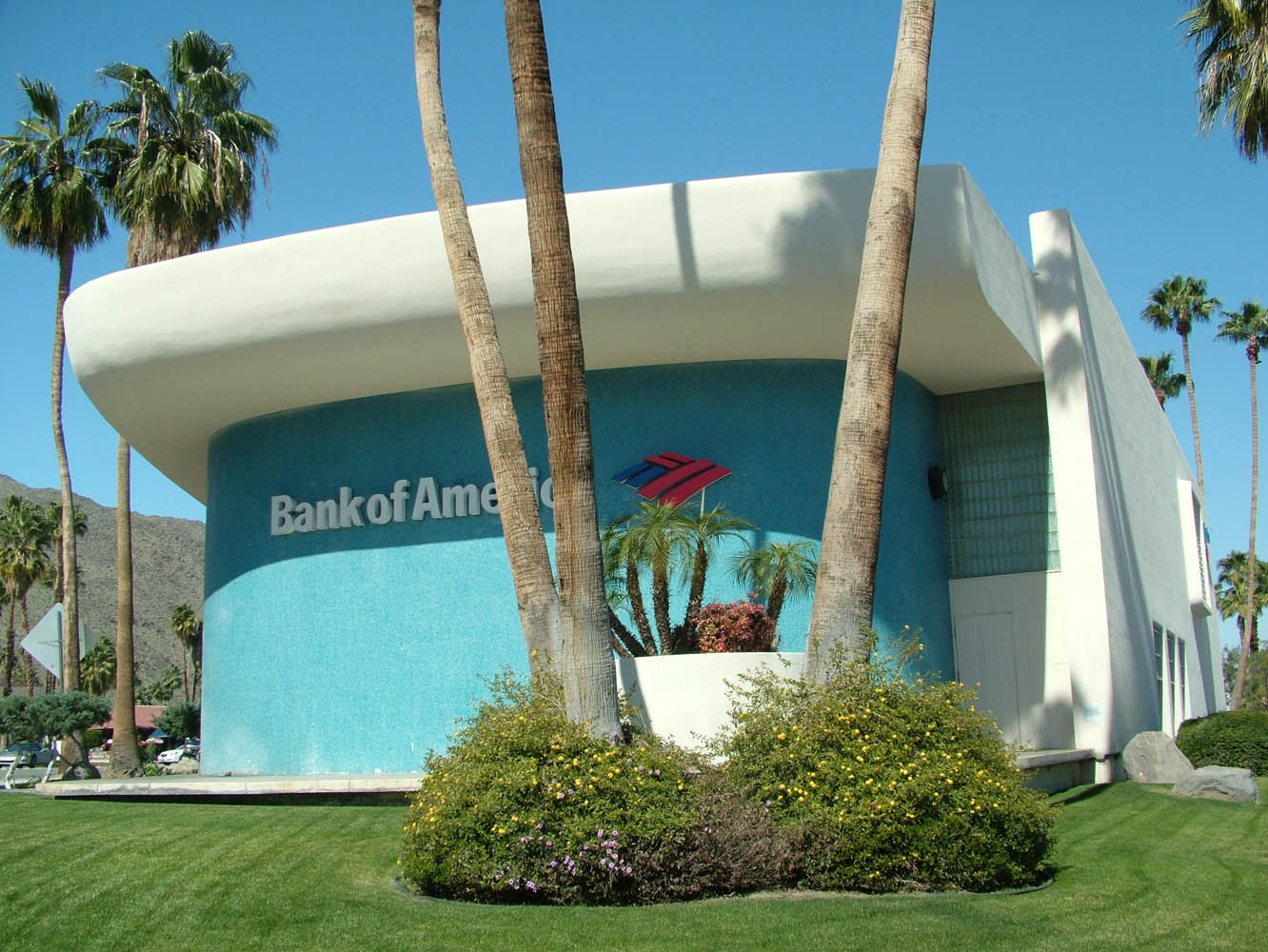 I spent a lot of time with my Australian colleagues – Chris Osborne from Brisbane and Annalisa Capurro from Sydney – and one thing struck me above all. During our panel Chris said that the biggest difference between preserving Mid-century Modern in Australia and the United States was: the presence of the National Trust and the great Trust Modern initiative. He said the Australian National Trust would never be that progressive. 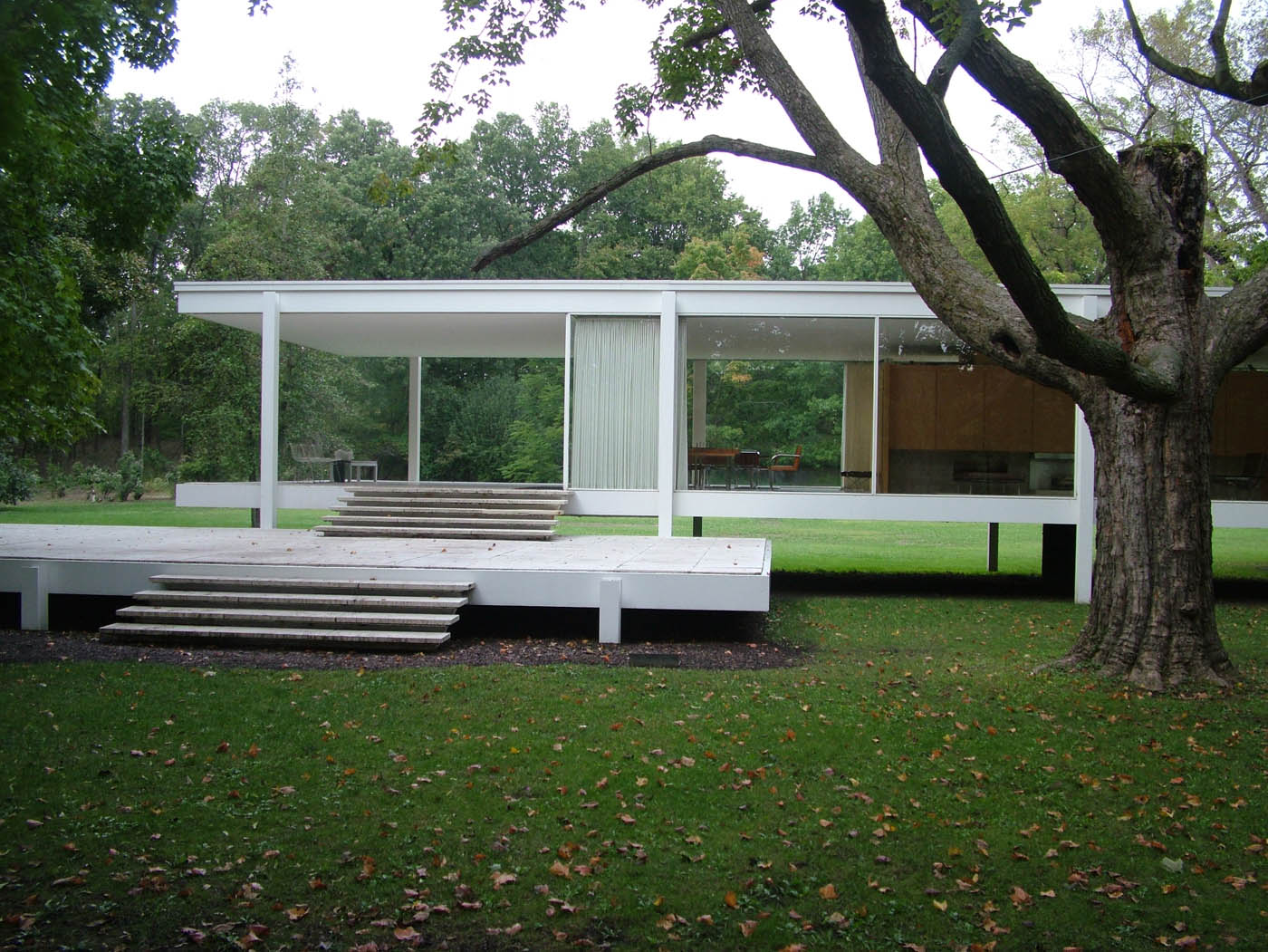 It made me proud to be a Trustee of the National Trust, which has two of the most important Mid-Century Modern houses in the nation: Mies van der Rohe’s Farnsworth House (above) and Philip Johnson’s Glass House. And Trust Modern, of course. Here I was in Palm Springs witnessing the future of preservation, witnessing an incredible gathering of resources and enthusiasm that has – according to those who have been coming each year – been growing consistently. 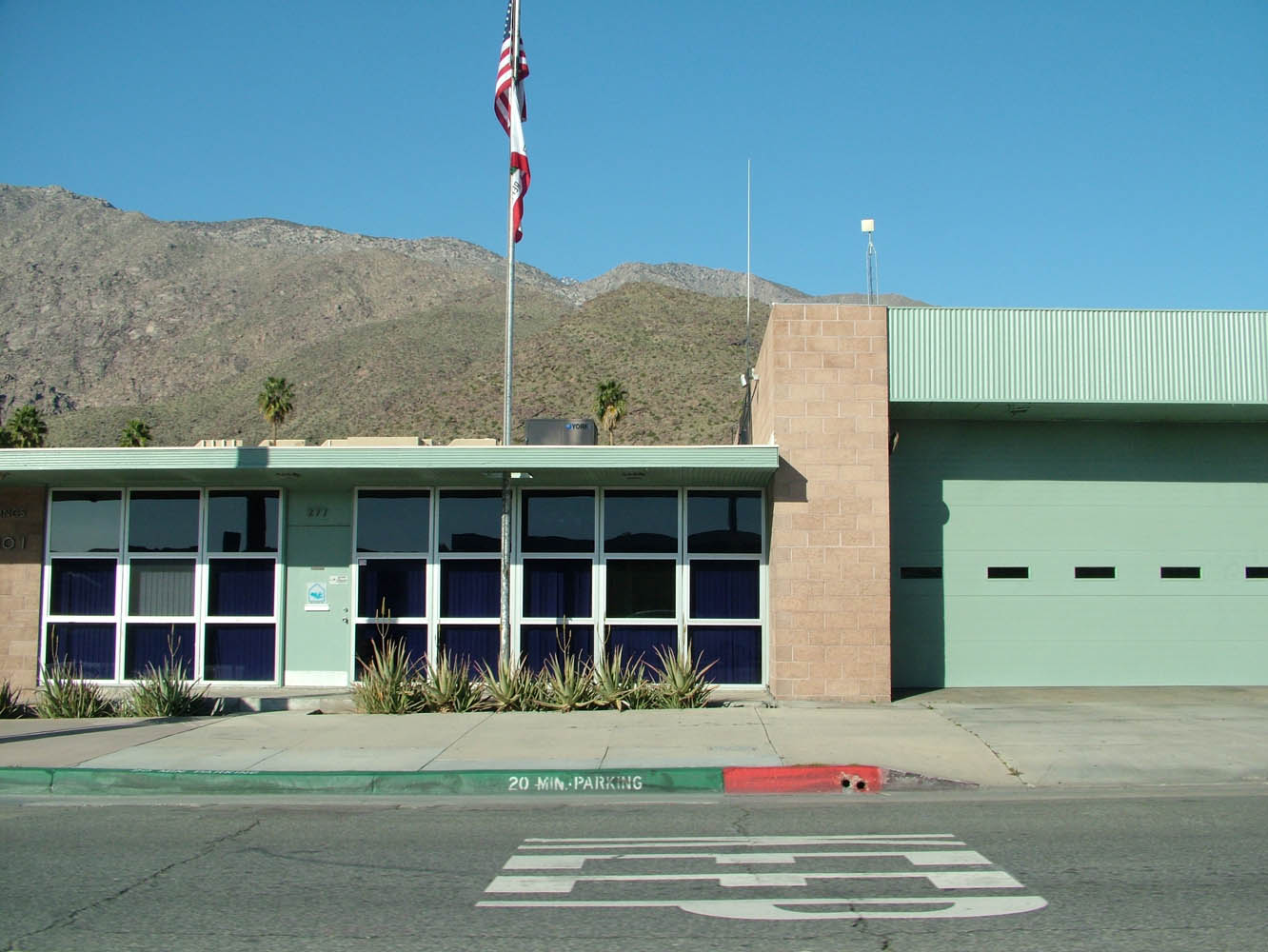 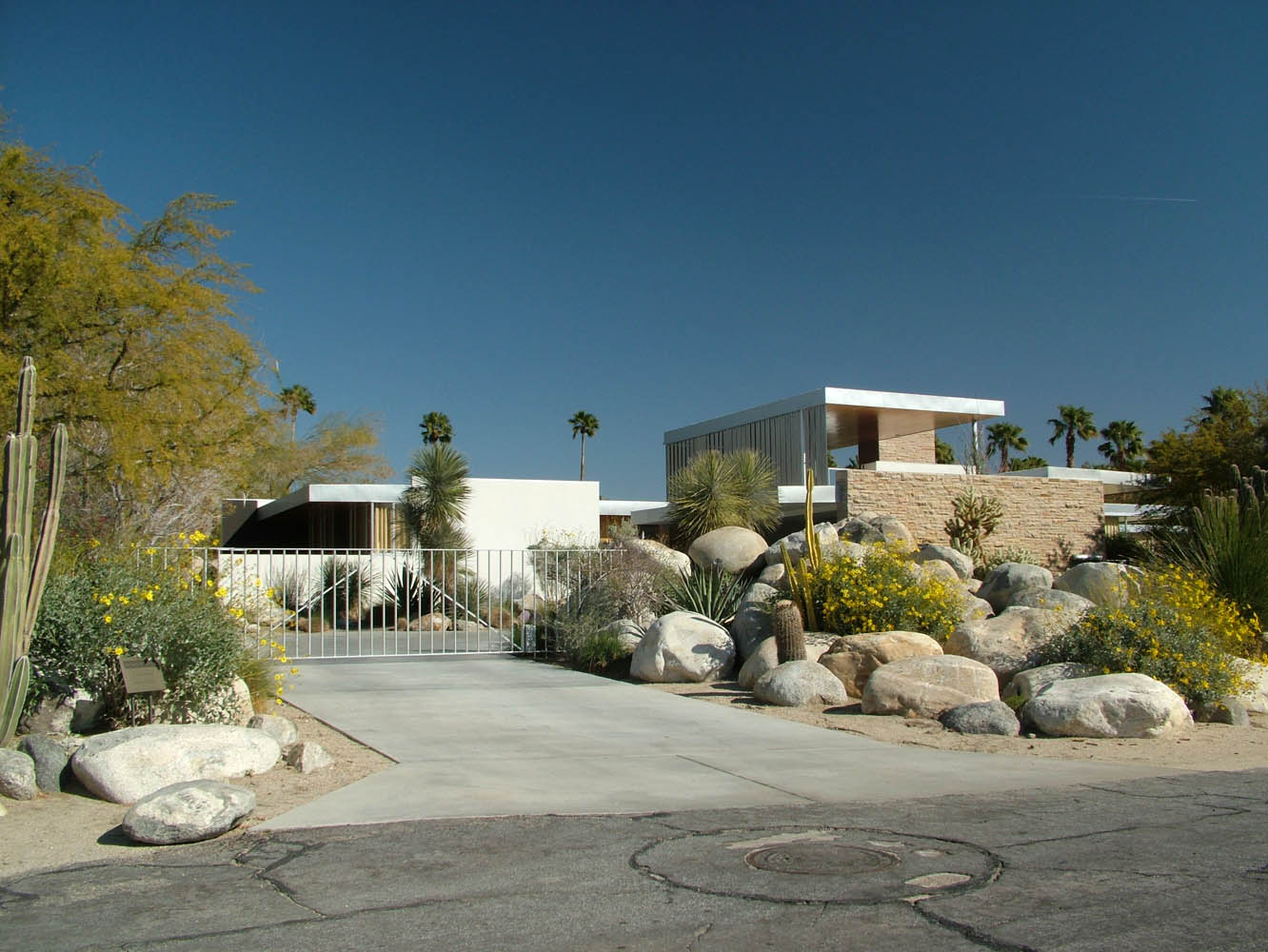 This is where the interest is going, and I am very glad that the Trust has been key to that effort. The future is as bright as the shiny steel houses of the Coachella valley that have been lovingly and painstakingly restored over the last two decades. 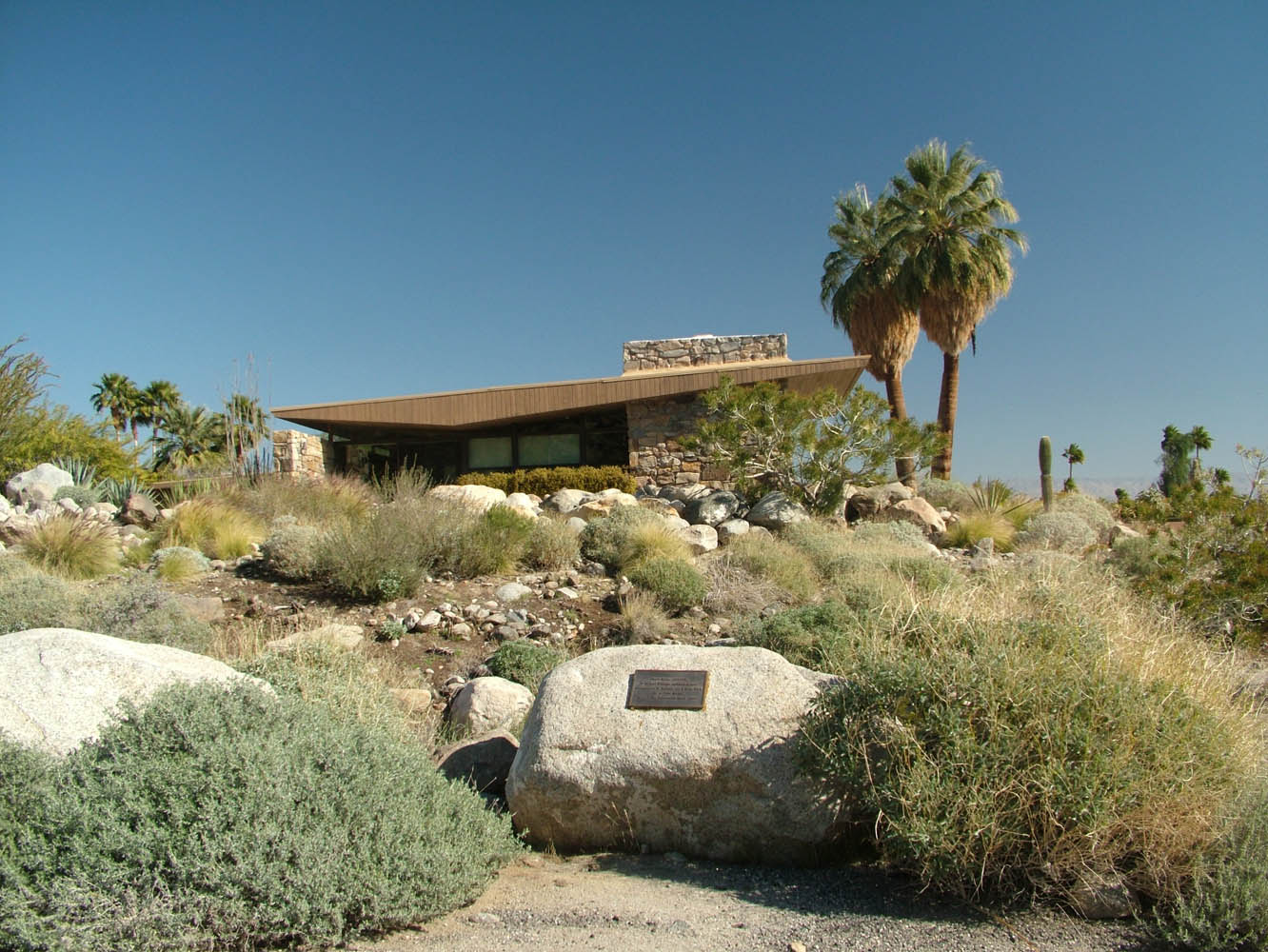 2012: For the latest on THIS YEAR’s MODERNISM WEEK, look here.