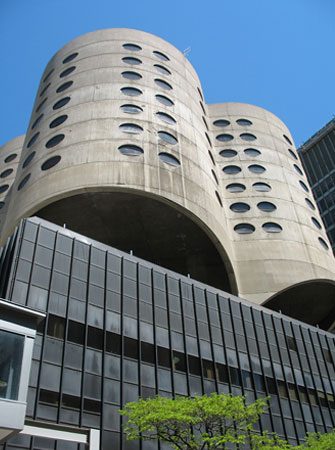 Tomorrow, June 2, 2011, the Commission on Chicago Landmarks will consider preliminary designation of Prentice Women’s Hospital as a Chicago Landmark. This is the result of a joint efforts by Landmarks Illinois, Preservation Chicago and the National Trust for Historic Preservation (which used a photo of Prentice on its new Financial Assistance publication!) to give the building its day in court, or in the words of Landmarks Illinois Advocacy Director Lisa DiChiera “This building is just too high-profile to let it slip away without a thorough, transparent review of its landmark eligibility.”

It does not look good. Northwestern Hospital has so much clout that the new Mayor (see last post for what he could have done) and even the Alderman – who asked for a 60-day delay on demolition, and even two of the three architects who developed a comprehensive re-use study for the old (1975 is old?) hospital kept their names off of it. This is a lot of clout. The ability to keep this much of the most valuable acreage between Manhattan and San Francisco off of the tax rolls and have the city thank you for it is A LOT of clout.

Not only that, but despite the architectural importance of the building – by Chicago icon Bertrand Goldberg, a singular modernist, a veteran of Mies’ Bauhaus who nonetheless charted a different path both formally and theoretically. This building is one of the first to use computers in the design, to get that stunning 15m-concrete cantilever without breaking the beautiful curving lines. It is like a flower. Like a flower. 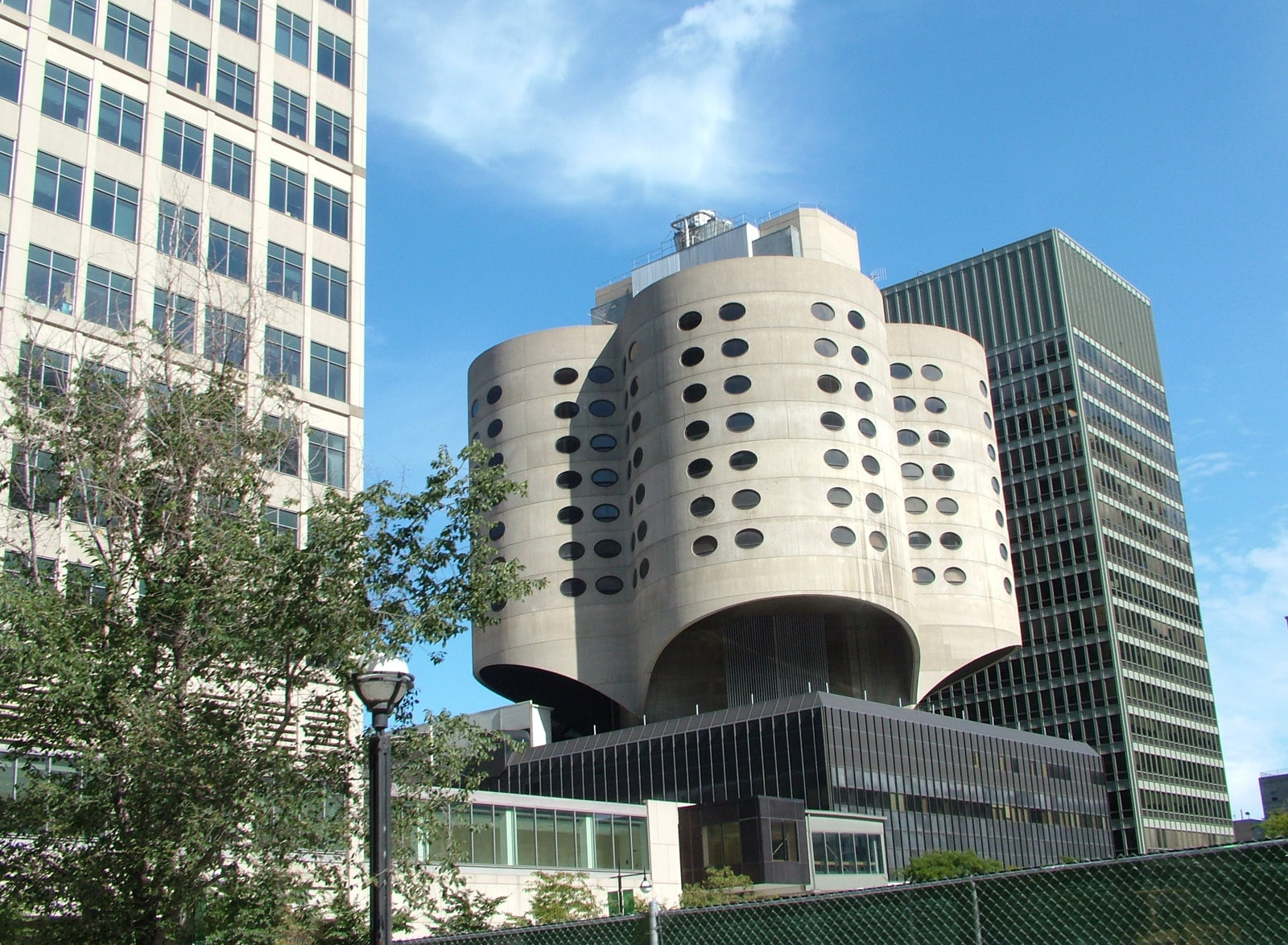 There is a generation that does not “get” this architecture, that is concerned that it is only 36 years old, even though that is EXACTLY the age of 860-880 North Lake Shore Drive (Mies van der Rohe) when the Commission on Chicago Landmarks voted preliminary determination of eligibility.

The generation that does not “get” it is unfortunately represented in large numbers in the immediate neighborhood, and I am not talking about inpatients but the local neighborhood group, which did NOT ask for its preservation. They are called SOAR (Streeterville Organization of Active Residents) and I am a little surprised because they STOOD WITH US 22 years ago to save the John Hancock Building, which was only 21 years old at the time. 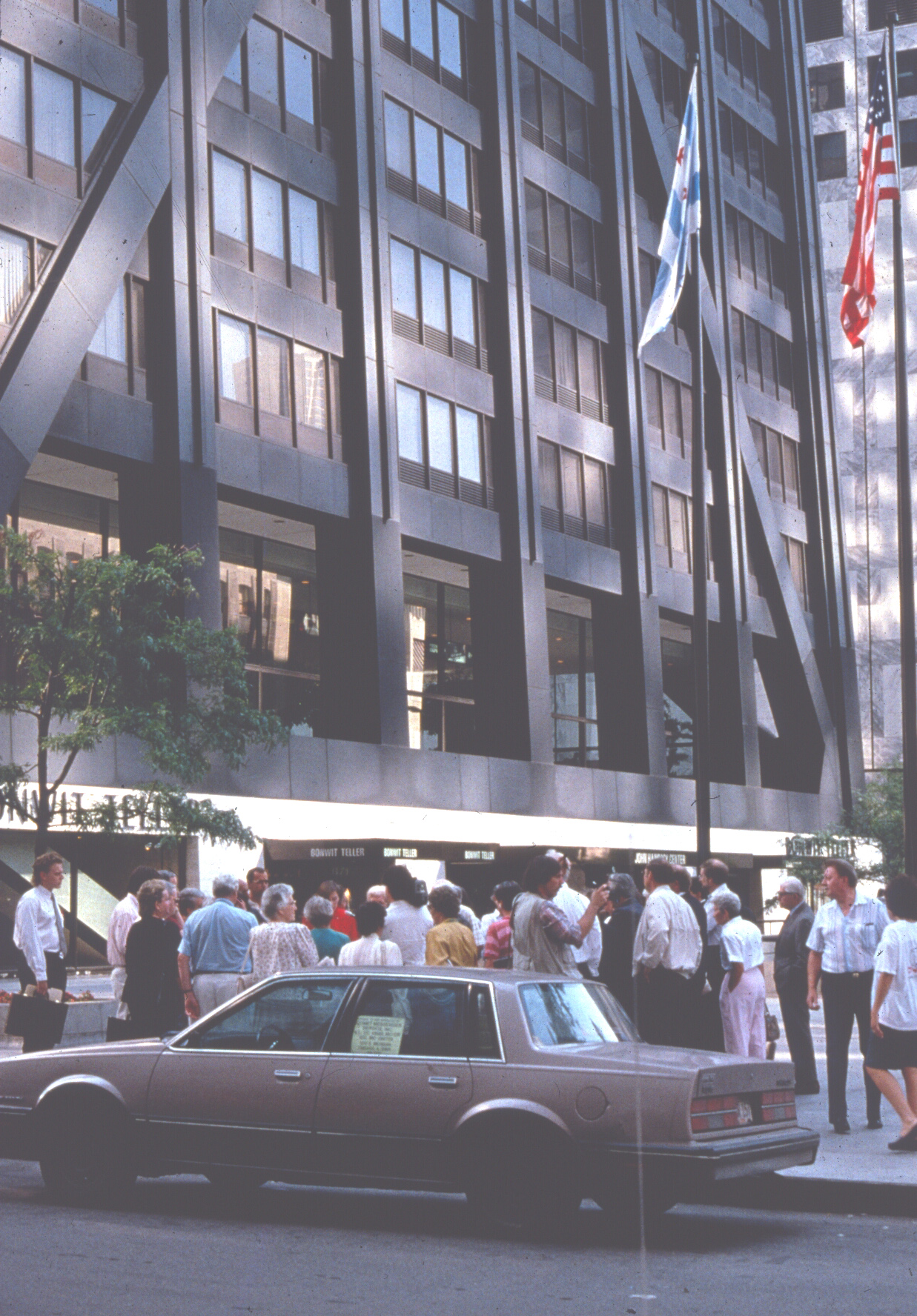 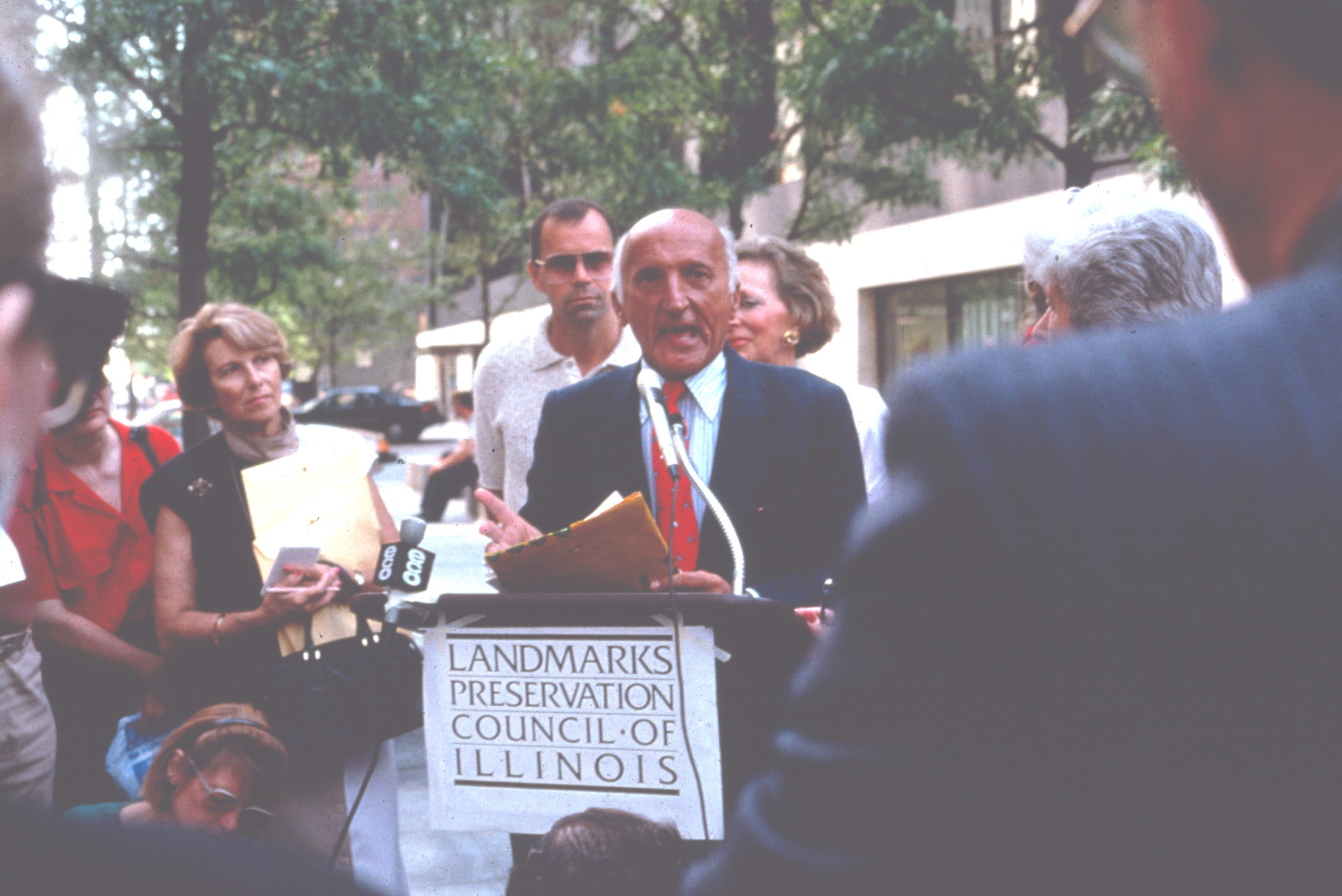 One of the awful ironies of this situation is that NOTHING is going to be put there if Northwestern gets it way and demolishes the building. I don’t know that it will sit vacant for 19 YEARS like Block 37 did, but I can pretty much guarantee a half dozen. They are planning a green, fenced space. No access, no parking. I suppose that turns down the volume on the lost tax revenue issue. Huge net loss for the neighborhood, though.

Some may not “get” the beauty, historical value and urbanistic appeal of this building today. but pretty much everyone will within a decade. I have seen it happen many, many times before, as the above litany illustrates. I am watching the same thing unfold here.

And if it is lost, it will be important to put down the names of those who demolished it and save those names for posterity.

WHAT HAPPENED JUNE 2: Northwestern went into talks with the City and promised not to apply for a demolition permit in exchange for the talks, and no preliminary determination from the Commission on Chicago Landmarks.

Mayor Rahm Emanuel has sided with Northwestern and demolition. So that does it. I will give the Mayor $5 for every job created on that site prior to his next election, not including demolition and landscaping.

2 Responses to :
Crunch Time on Prentice