Managing Change, or We Are Technology 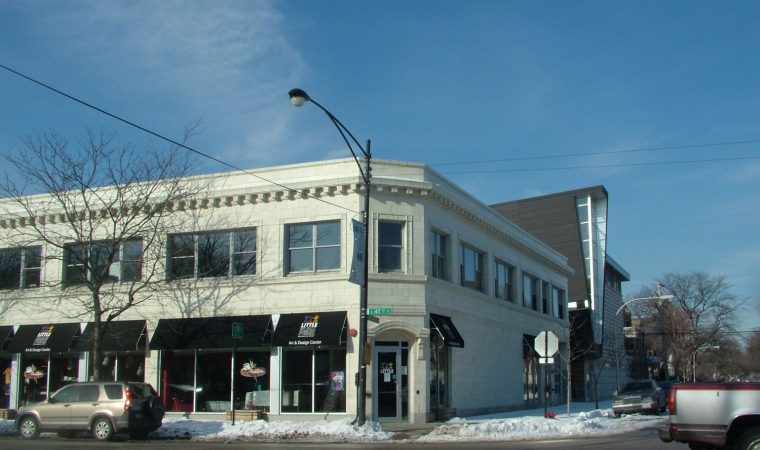 Managing change is what the historic preservation/heritage conservation field does. It is not about preserving “the past” or old buildings but repurposing significant elements of the past environment for future use.

Modern historic preservation in the United States dates from the 1960s, and it came up in an era of “new history” that replaced the old political history (wars, leaders, battles, boundaries) with a history that tried to convey what was happening to most people in their social and economic everyday. In a sense, history – as an academic discipline – was catching up with the globalization that industrial capitalism had launched at the time of the American Revolution in the late 18th century. In the old history, agency – what makes things happen – was leaders and battles, etc. Agency in the new history had much broader social and economic dimensions. As my favorite Leeds musical group sang way back in 1979 “It’s Not Made By Great Men.” 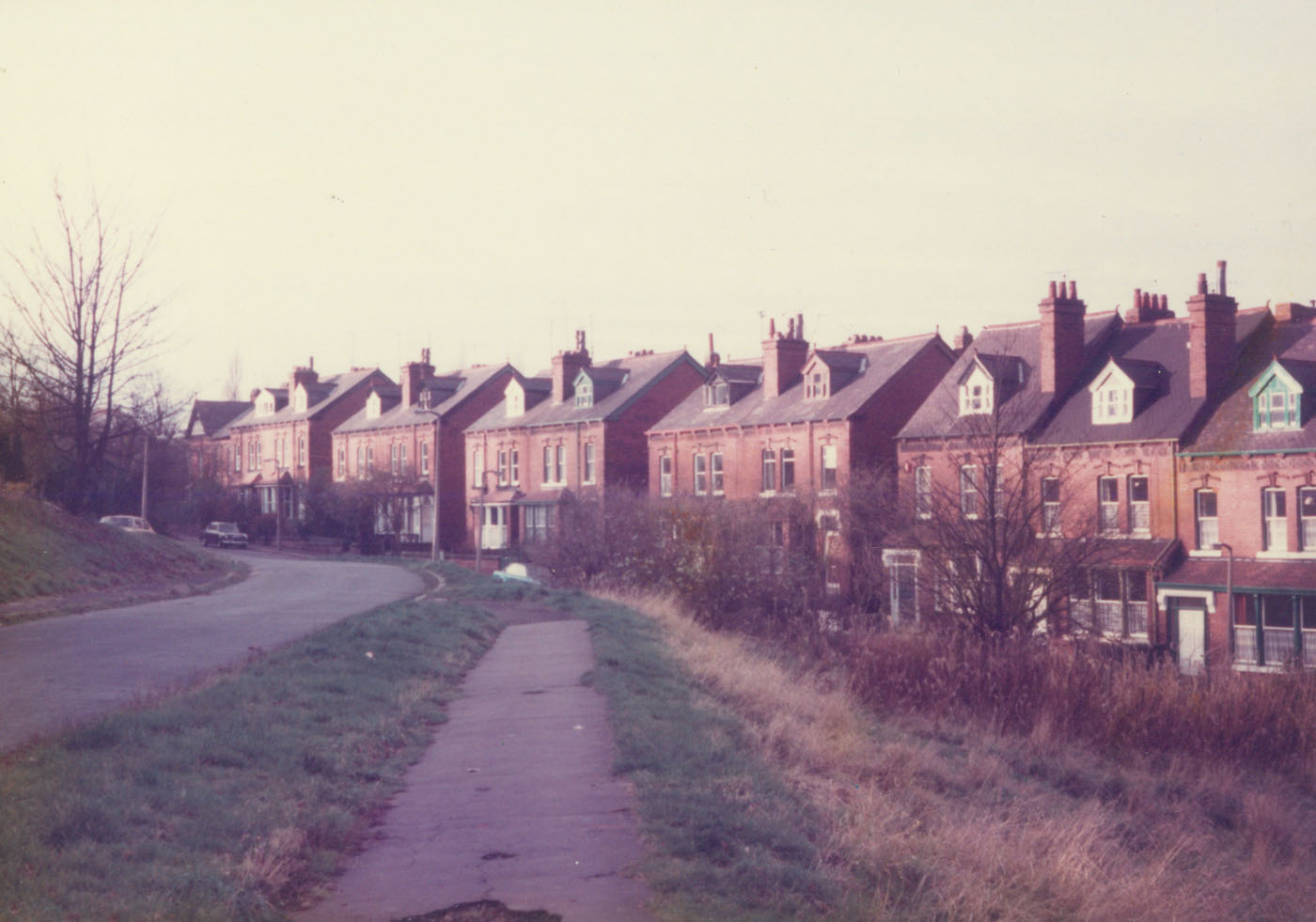 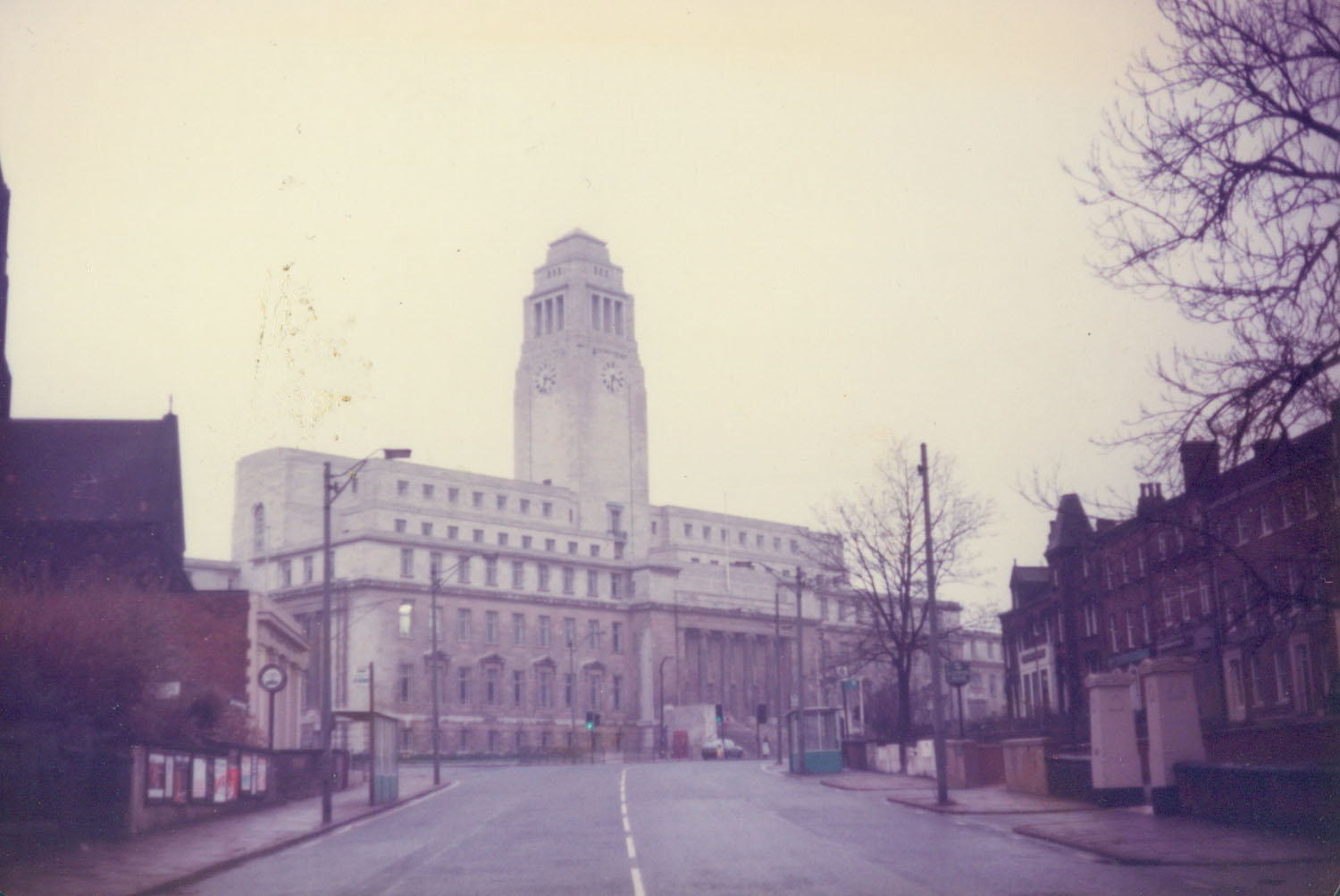 The flats they scarpered and the Uni they attended. They were Uni, not Poly, right?

The old idea of agency in history was simplistic. All problems were single-variable problems. By the 20th century some historians had moved on to problems of disorganized complexity; problems that could be “solved” by statistical analysis and regression, and this is still a big piece of the evidence pie in history today. Heck, it is a big piece of the preservation/conservation pie or any public policy pie because we need data to push for public policy.

But statistical analysis is appropriate for problems of disorganized complexity, like the physical sciences. History, like the environment and cities, is a biological problem of organized complexity: the hardest type of problem to solve. This was of course Jane Jacobs’ argument in The Death and Life of Great American Cities when she took down urban renewal. 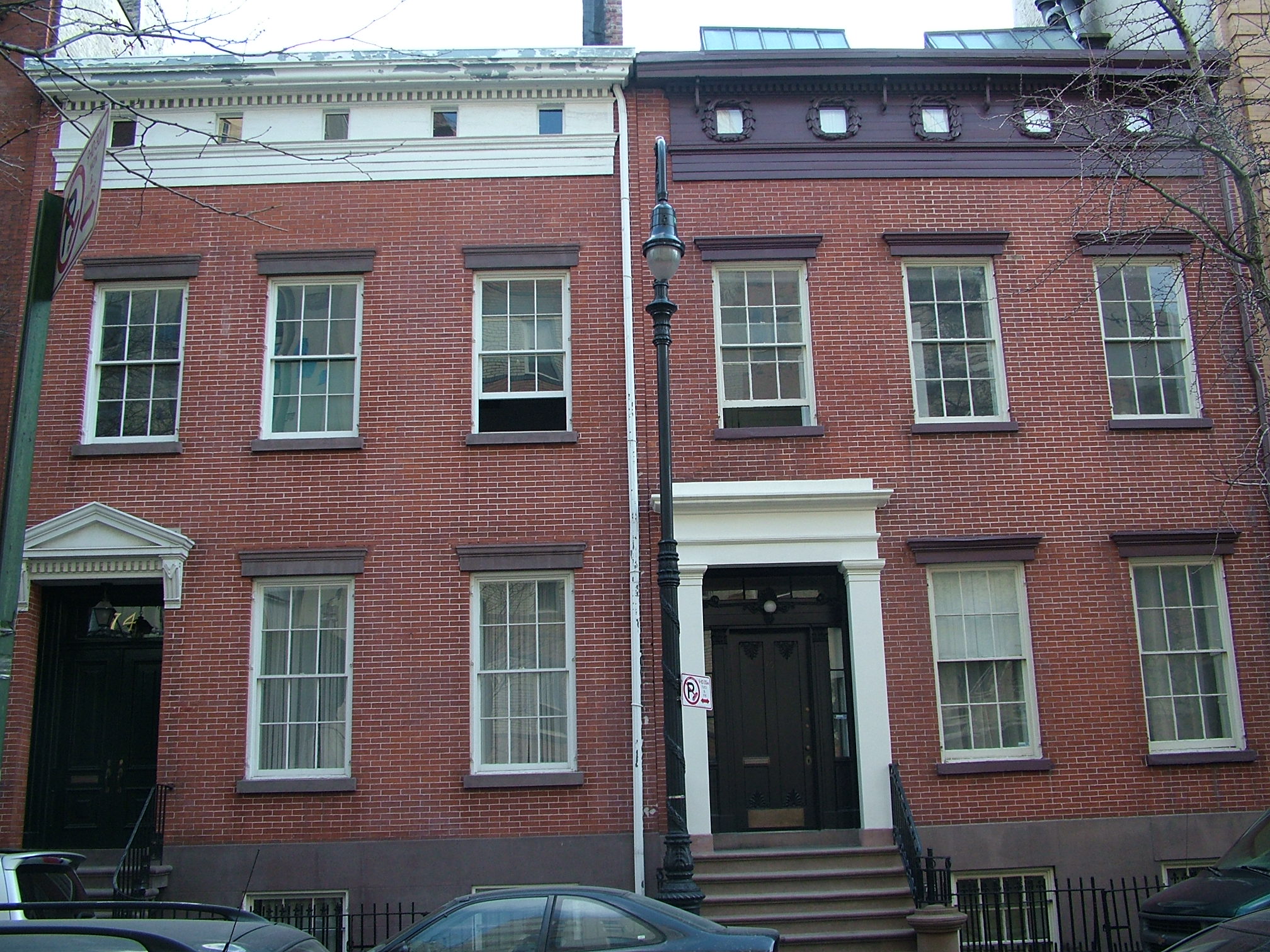 Economists and programmers today live on algorithms, which try to deal with organized complexity, at least within the realm of consumption, if not in the realm of place-making and place-maintaining. Algorithms attempt to determine what we “like” and what we want to put in our cart and who we “like” and what we want to put in their cart. They are more effectively predictive because they allow more variables and they include time, but they are still limited and rely heavily on pattern recognition. (don’t get me started on the lunacy of the rational consumer concept) It isn’t even as simple as DNA because buildings and cities function in time and place and thus genetic codes are merely predispositions, not agency. 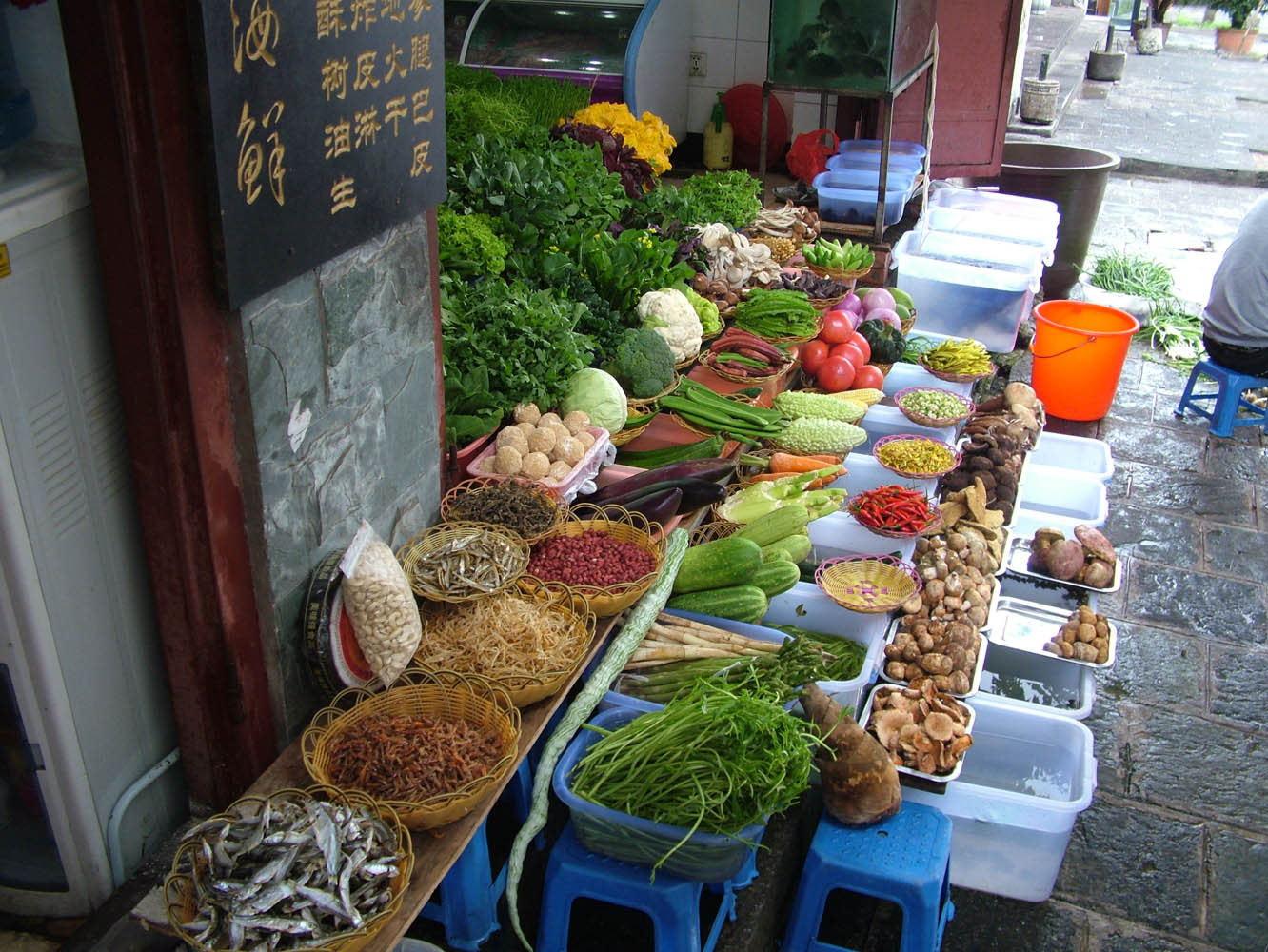 since you enjoyed this vegetable, perhaps you would like to try…

So what got me thinking about all of this was my summer reading, including a book called His and Hers: Gender, Consumption and Technology, edited by Roger Horowitz and Arwen Mohun, which approaches the problem of the history of technology in this biological, interactive way. I ranted against iPods and iPhones in this blog years ago because I didn’t need them, but as I realized a couple of weeks ago, need is the wrong question. I was thinking like Henry Ford (ick!) who thought that a simple practical black car was all that was needed, which is true, but insufficient and ignorant of human behavior. Ford looked at technology only from a production point of view. His GM rival Alfred Sloan invented “model years” for cars and stylized them, just like the Apple people do, so that you had to have the latest one. Mass production doesn’t exist without mass consumption. Ford saw one variable; Sloan saw more. Add cultural conceptions of gender and their complex interrelationships to production and consumption, time and place and maybe you can get somewhere. 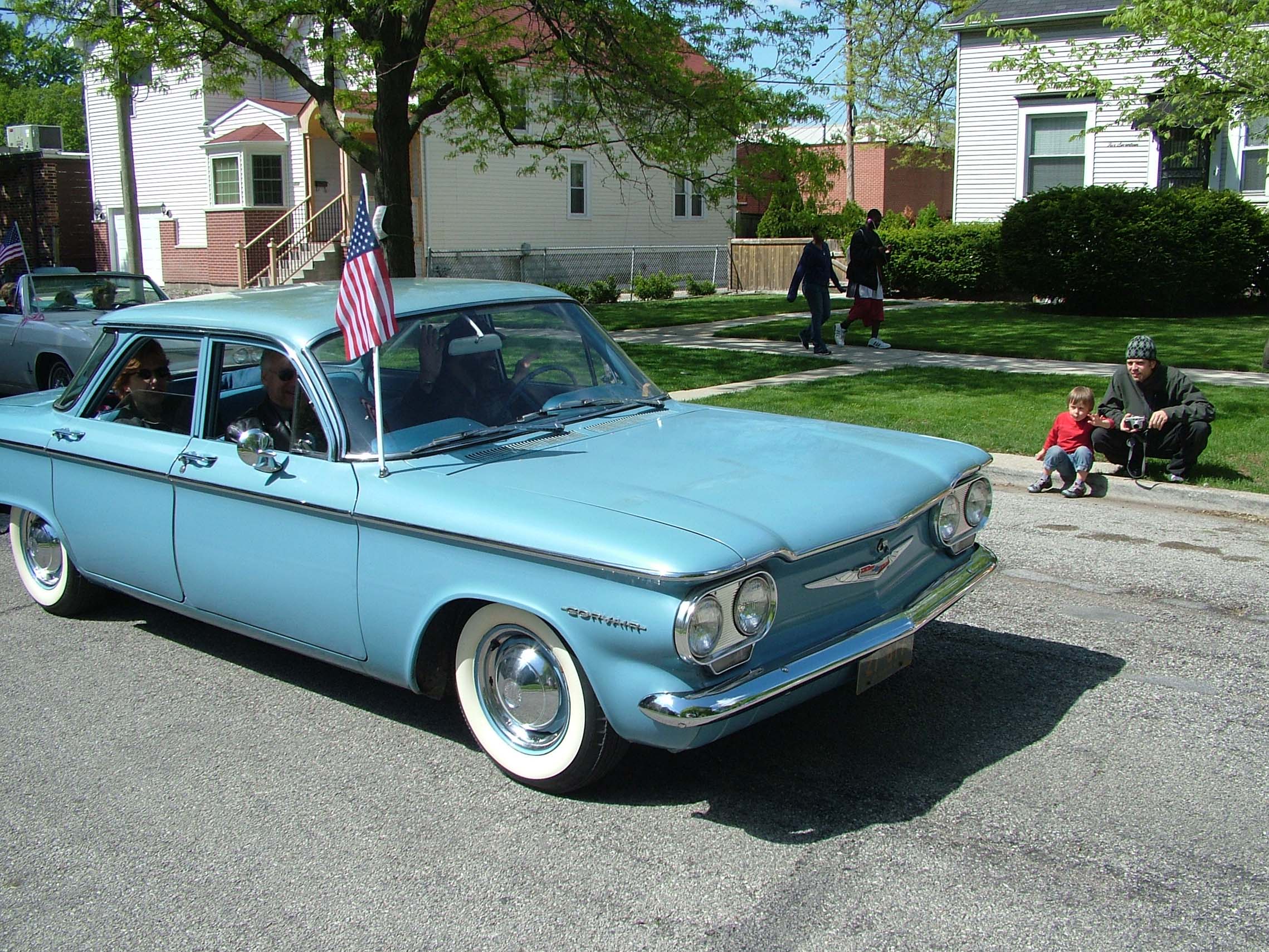 Desire, thy name is Corvair

We all know that our economy today is largely driven by consumption, and we also understand to some extent the role of advertising in creating desire, and thus how desire replaced need. The gender aspect is more complicated because it inflects not simply the targeted manufacturing of desire but also production and consumption. 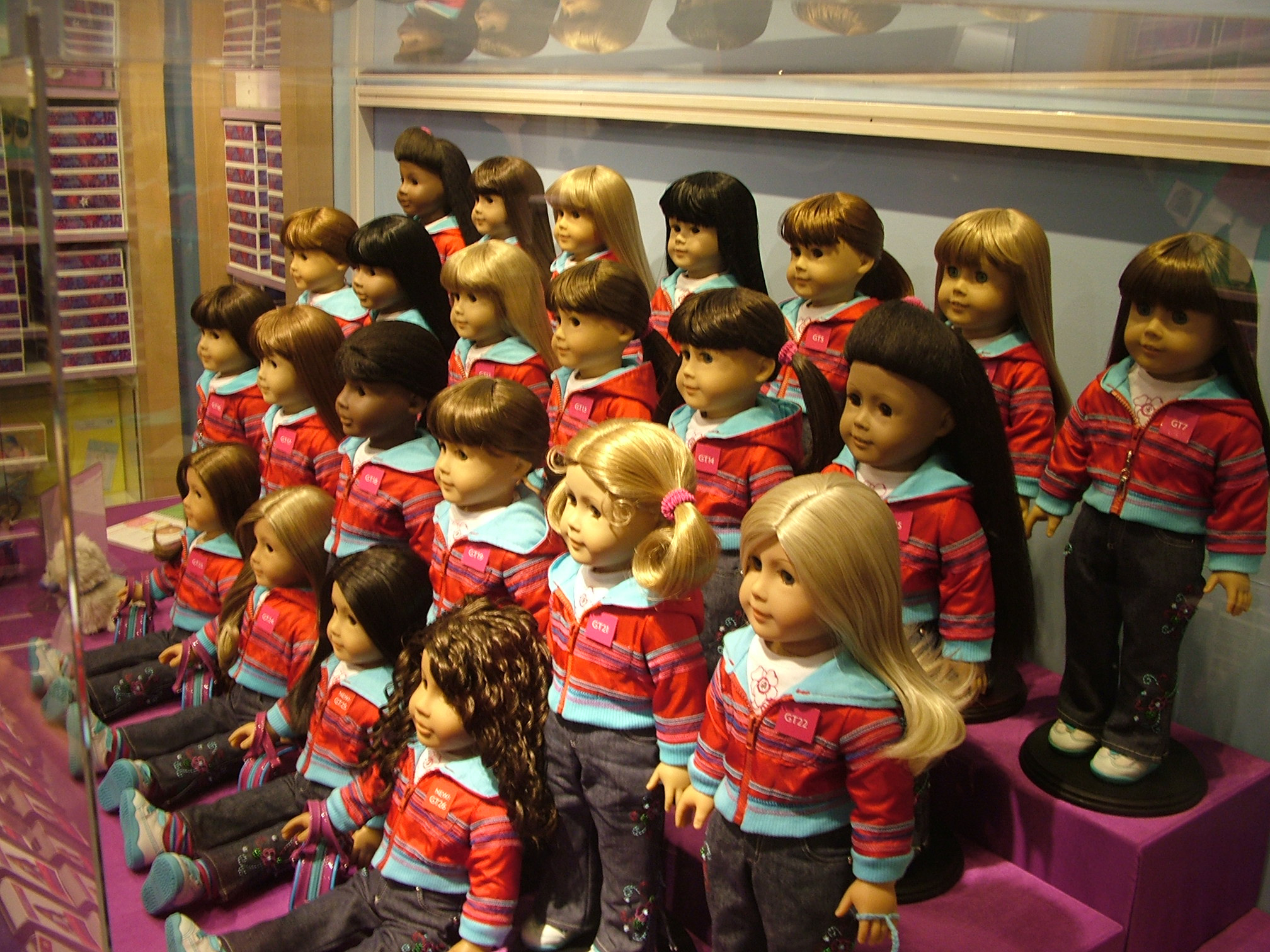 Wireless radios were male gendered products that needed to be domesticized for a female market with the rise of broadcasting in the 1920s. When the mills at Lowell needed a massive female workforce in the 1830s, it required complicated cultural gymnastics: the mills needed to appear to be paternalistic moral guardians, so as not to upset the recently crafted feminine domestic ideal. That ideal was needed because industrialization moved economic production out of the home and operated at a scale beyond traditional extended families. The nuclear family ideal came a century later, when consumption moved ahead of production. 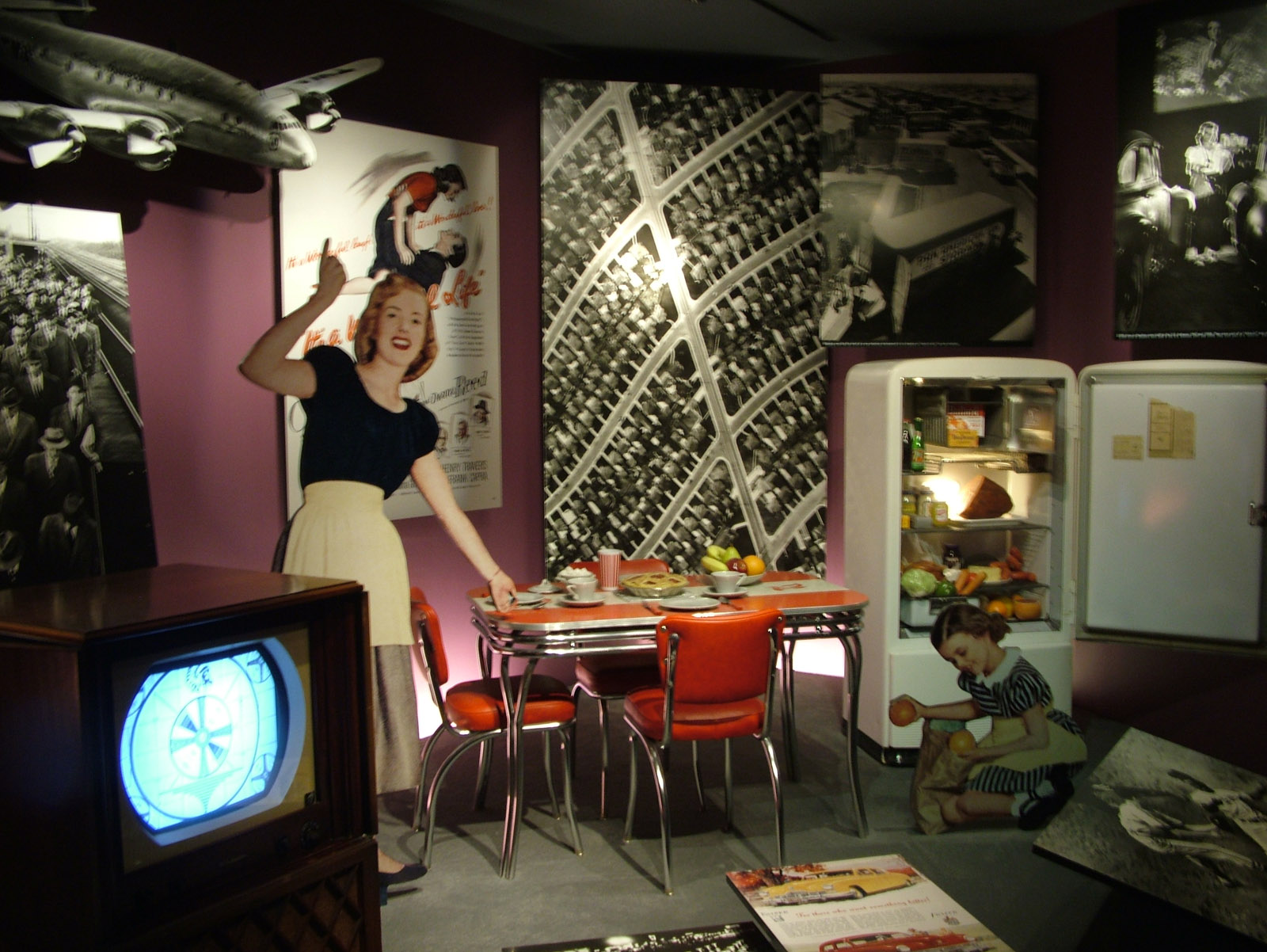 every invention comes with its own iconography

So what caused what? The answer, in any chemical problem, is both: agent and reagent. In biology the answer is all of the above: DNA, environment, interaction, geography, ideology and even chance. Causation in history is always overdetermined. 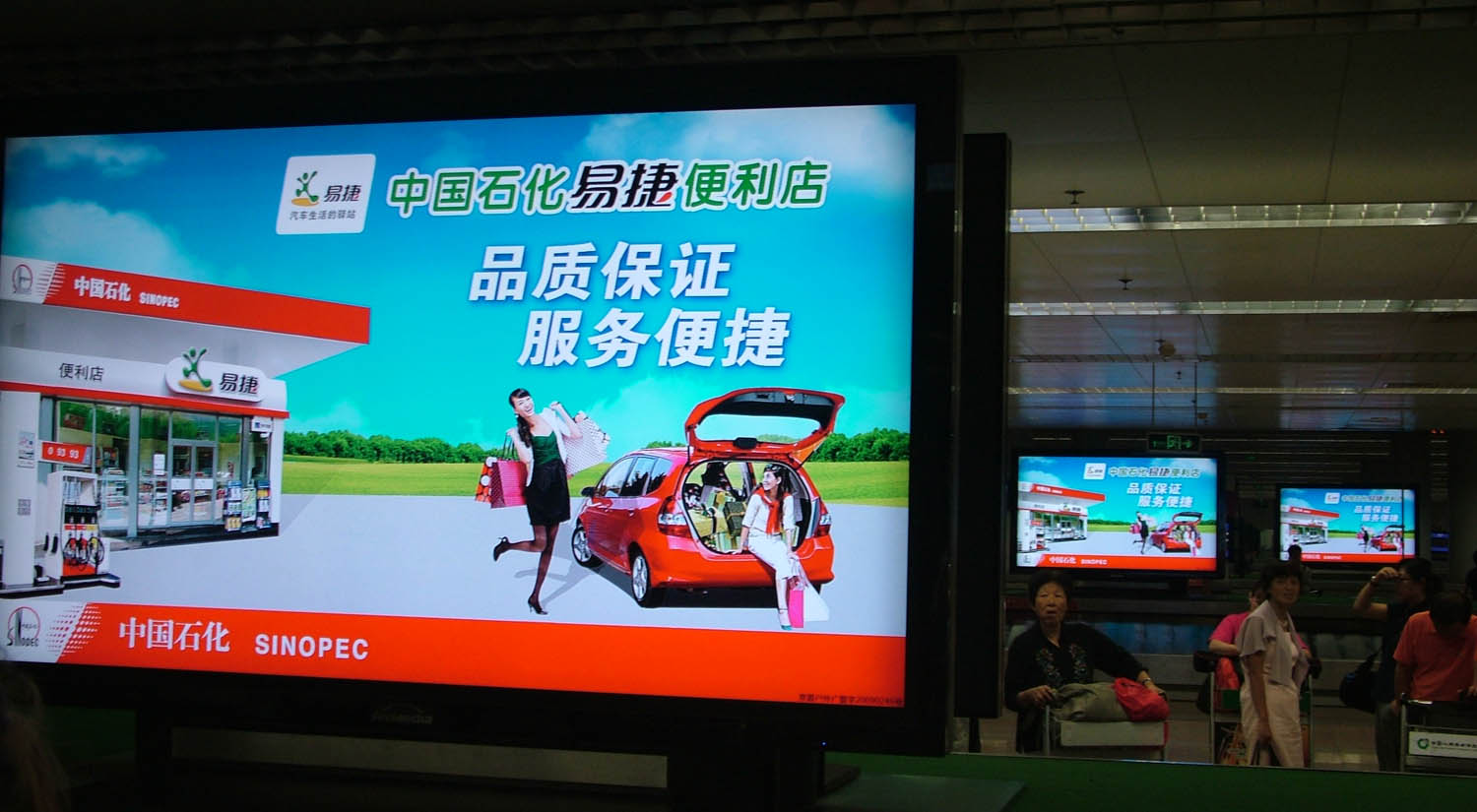 Gender affected the definition of technology itself: it was male: big machines makin’ stuff. But of course vacuum cleaners are technology and so are radios and some technologies immediately became the province of women, notably the typewriter. In fact, I have an image in my mind of an illustration I saw thirty-plus years ago of the inventor of the typewriter with a giant thought bubble populated by an unending stream of technologically empowered Gibson girls. 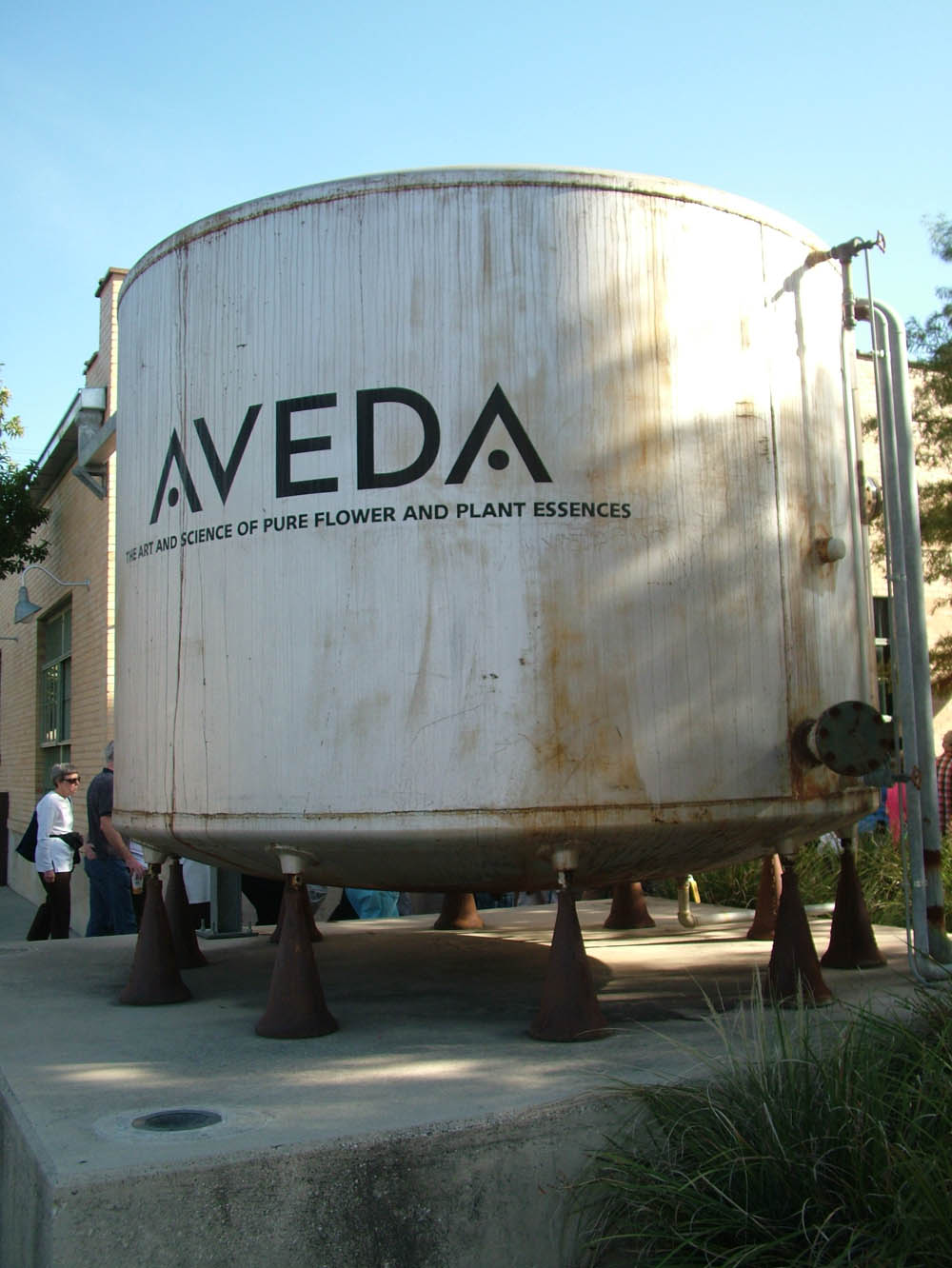 But technology is not a thing but a relationship. The sewing machine is a great example. The first guy who invented it thought of it from a production point of view and so he set up a shop only to have it destroyed by a mob of tailors and seamstresses. The second guy who invented it invoked the wrath of every minister and priest since he was going to drive “needlewomen” into prostitution. Finally Isaac Singer comes along with a sewing machine but more importantly with a plan to market it to women in a way that reinforced cultural constructs of domesticity and gender. 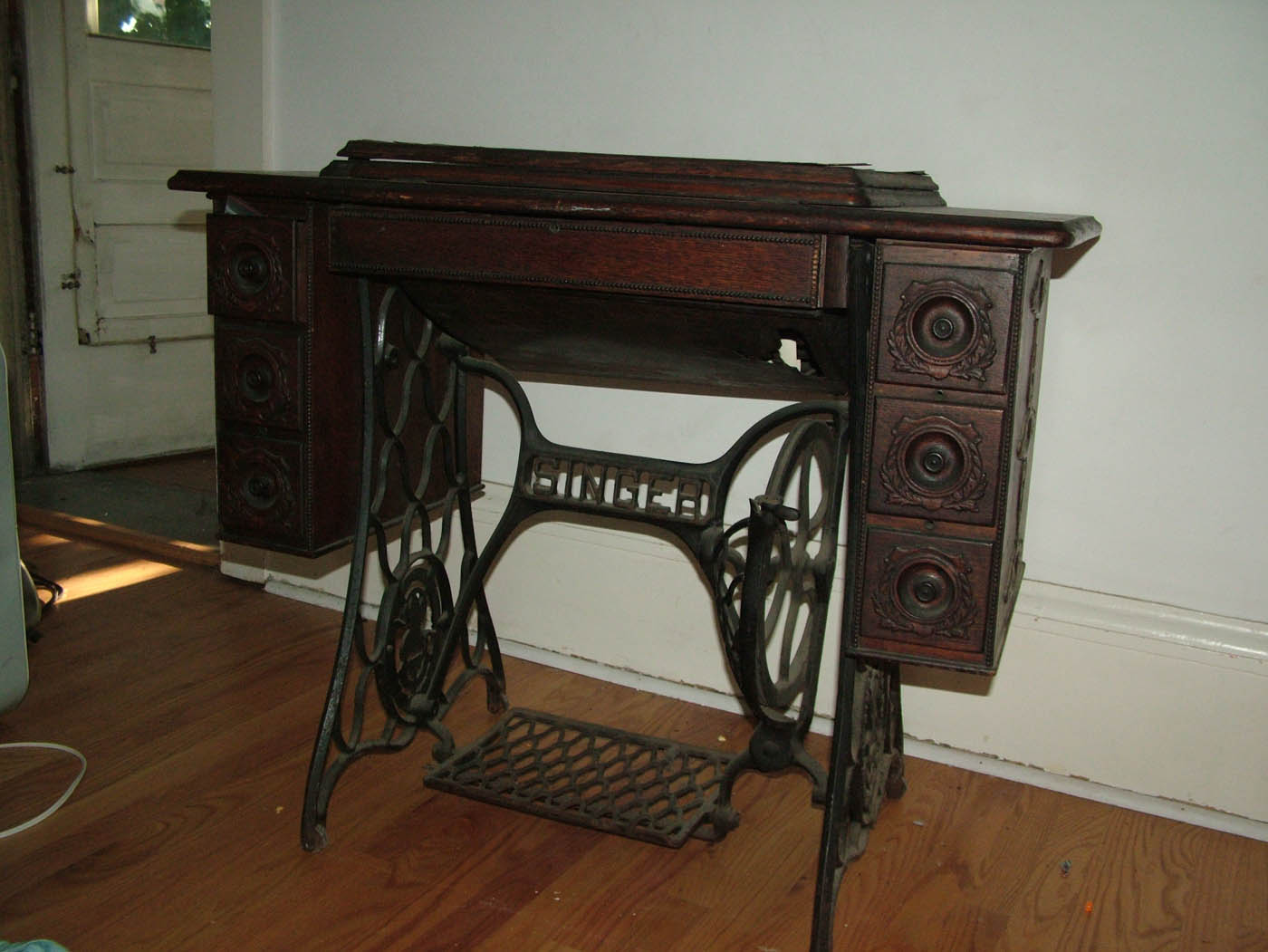 Microsoft and Apple are similar – they didn’t necessarily invent the technology: they packaged existing technologies, developed innovative business models, and focused on consumption rather than production, which allowed Apple to briefly surpass ExxonMobil as the world’s biggest corporation last month. 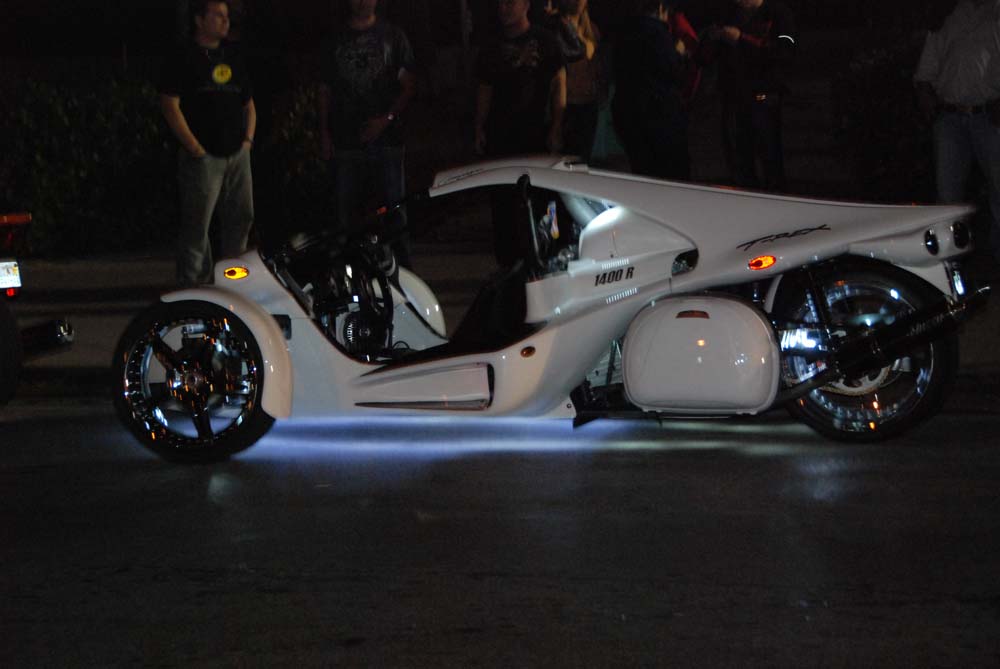 don’t know what this thing is but it’s a hell of a relationship. photograph copyright Felicity Rich

Technology involves production needs and patterns; consumption patterns and desires; and the complex interactions between cultural ideas about gender over time. The question is not, as I said in a recent blog, how technology changes us or how we change it: the relationship between us and our things and space and time IS technology. 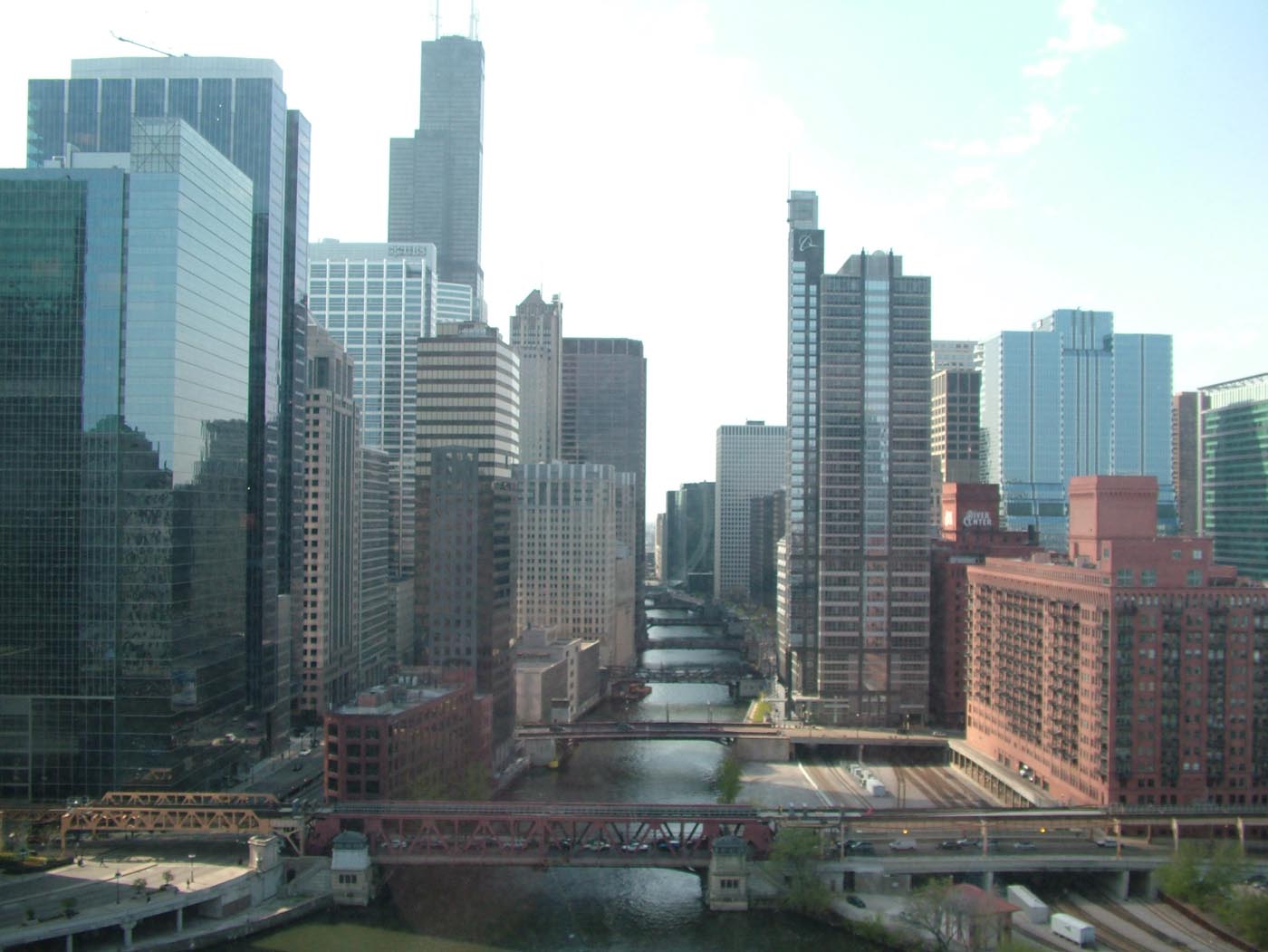 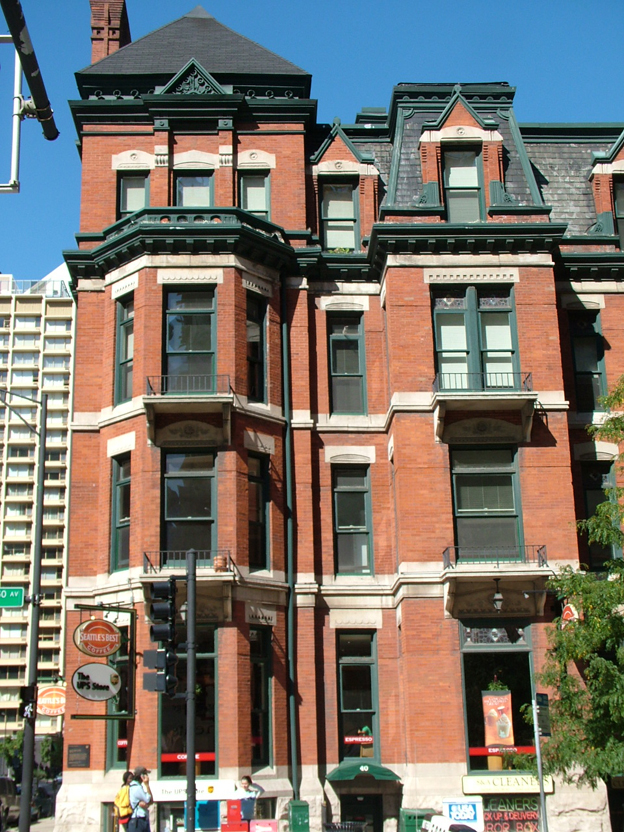 This is a building I helped save a generation ago and when we listed it on the National Register we learned it was a “French flat” which was a kind of marketing label that allowed proper upper class people to consider living in multiple-unit buildings rather than single-family homes. Again, complex cultural gymnastics was required because everyone knew that “flat buildings” caused promiscuity and communism. That was the technological imperative: as the Chicago Tribune said in 1881 “It is impossible that a population living in sardine boxes should have either the physical or moral vigor of people who have door-yards of their own.” 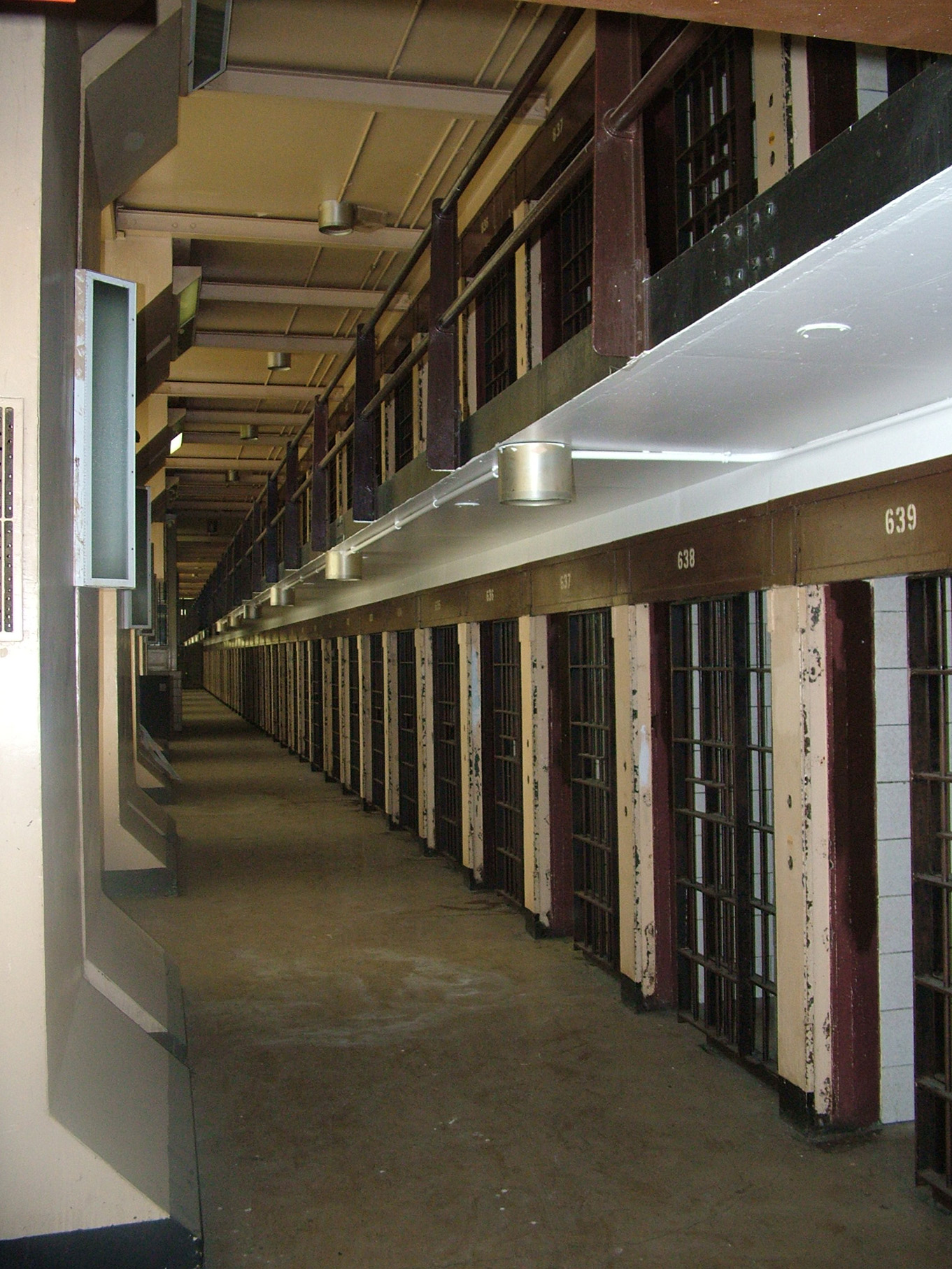 Every argument against technology; all the moral and social fears it engenders are proof that technology is relationships, or more precisely the enhancement and thus redefinition of existing relationships. The examples of Facebook and Viagra make this point in a straightforward way, but it is equally true of electric cars (relationship to consumption and environment), modern medicine (relationship to disease), booksradiomoviestelevisioninternet (relationship to imagery and narrative) 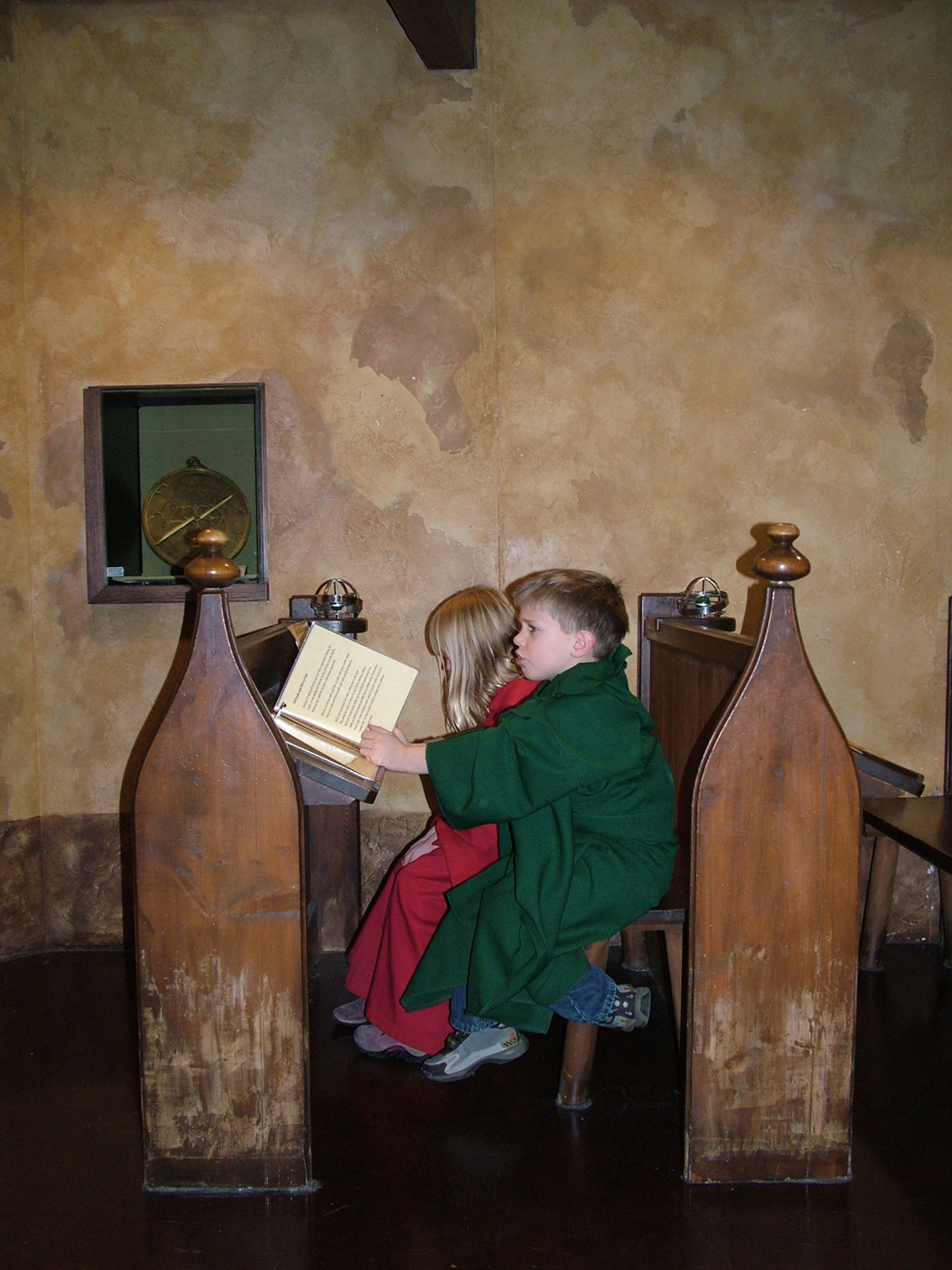 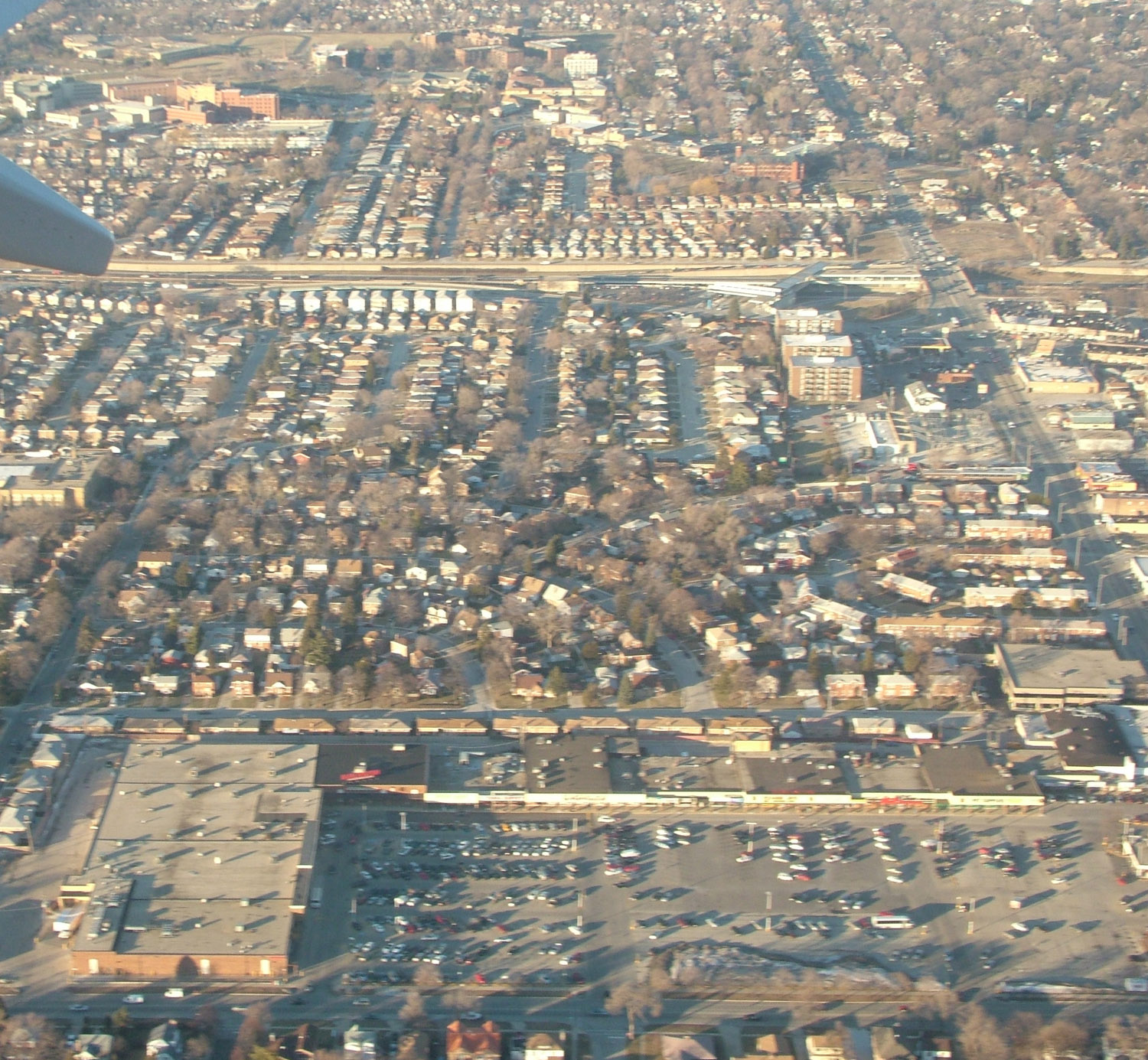 Traditional economic analysis would only look at how developers and retailers and investors profit from these shopping centers, but Cohen notes there was a visionary (read DESIGN) aspect as well: they weren’t trying to destroy Main Street but perfect it, while providing a place to create community within the dispersed environment of suburbia. Early shopping centers had services of every type and even auditoria and venues for community meetings and concerts. So there was an economic impulse from a production side, an economic need from a consumption side, idealism on the production side and a non-economic social need on the consumption side or is it the feminine society side? 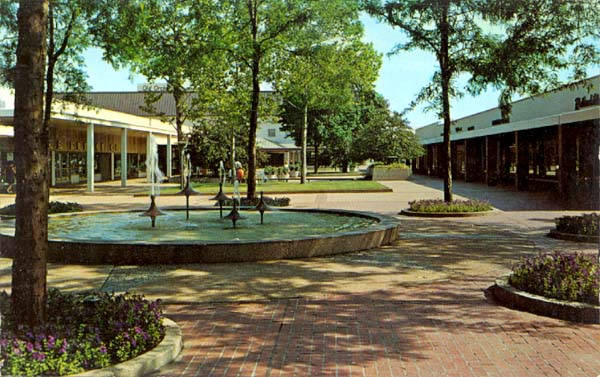 Postwar shopping centers even introduced the type of “market segmentation” so central to our Amazonian algorithms today, by eliminating the vagrants, minorities and criminals found in the old Main Streets. They gave women a place to have community but they also limited their roles as consumers and of course over time the privatization of public space limited the place-based speech and assembly that takes place in America. 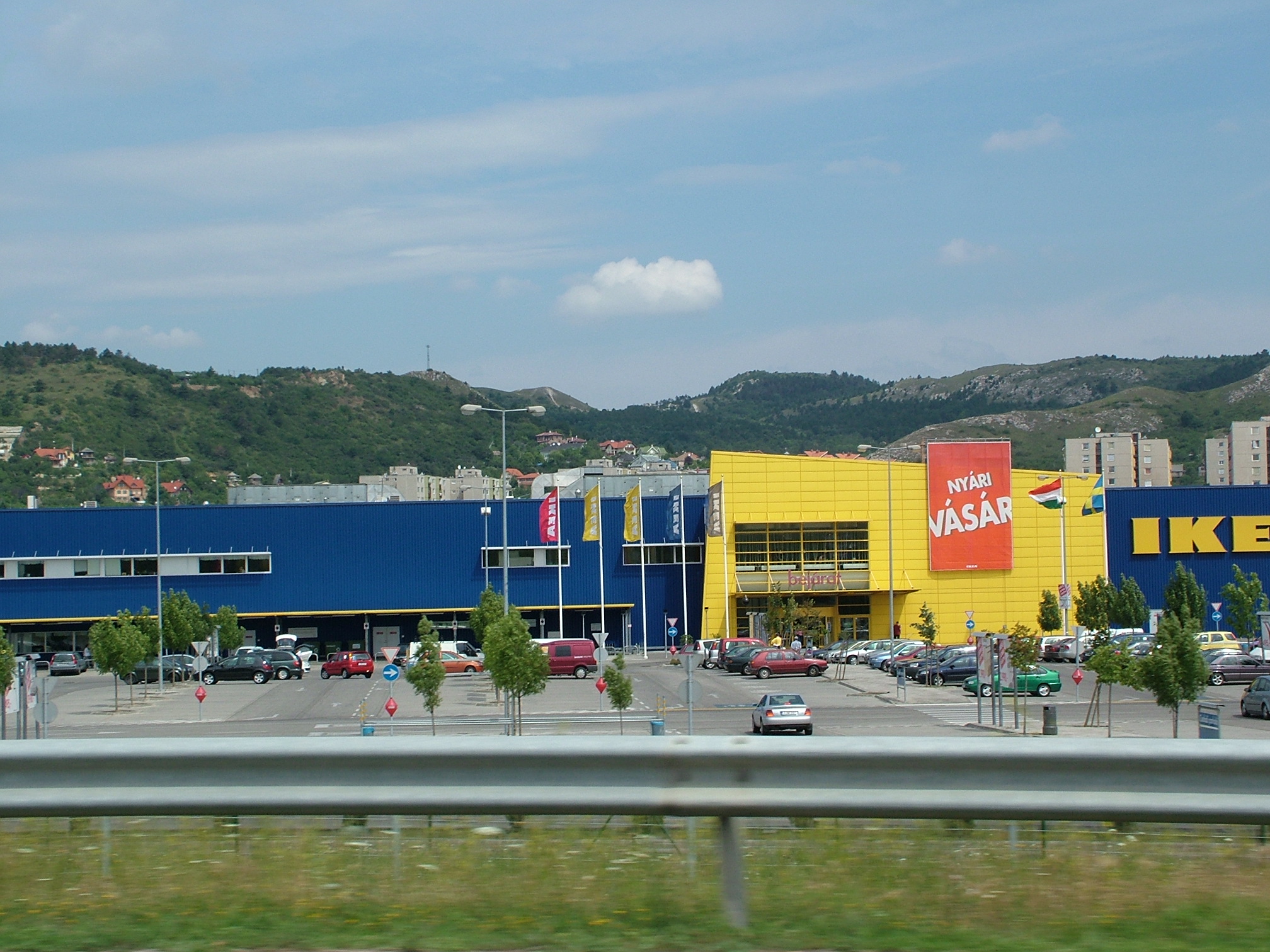 Not just here. This is a Swedish outlet in Hungary. All trends are now global.

Enter the Internet, which allows a ridiculous amount of speech without the check provided by actually being in touch with society. On the economic side, it allows men to shop because they don’t have to talk to anyone. Now people of all genders can associate and interact. They can even use the virtual world to organize a real-world flash mob in “private space.” 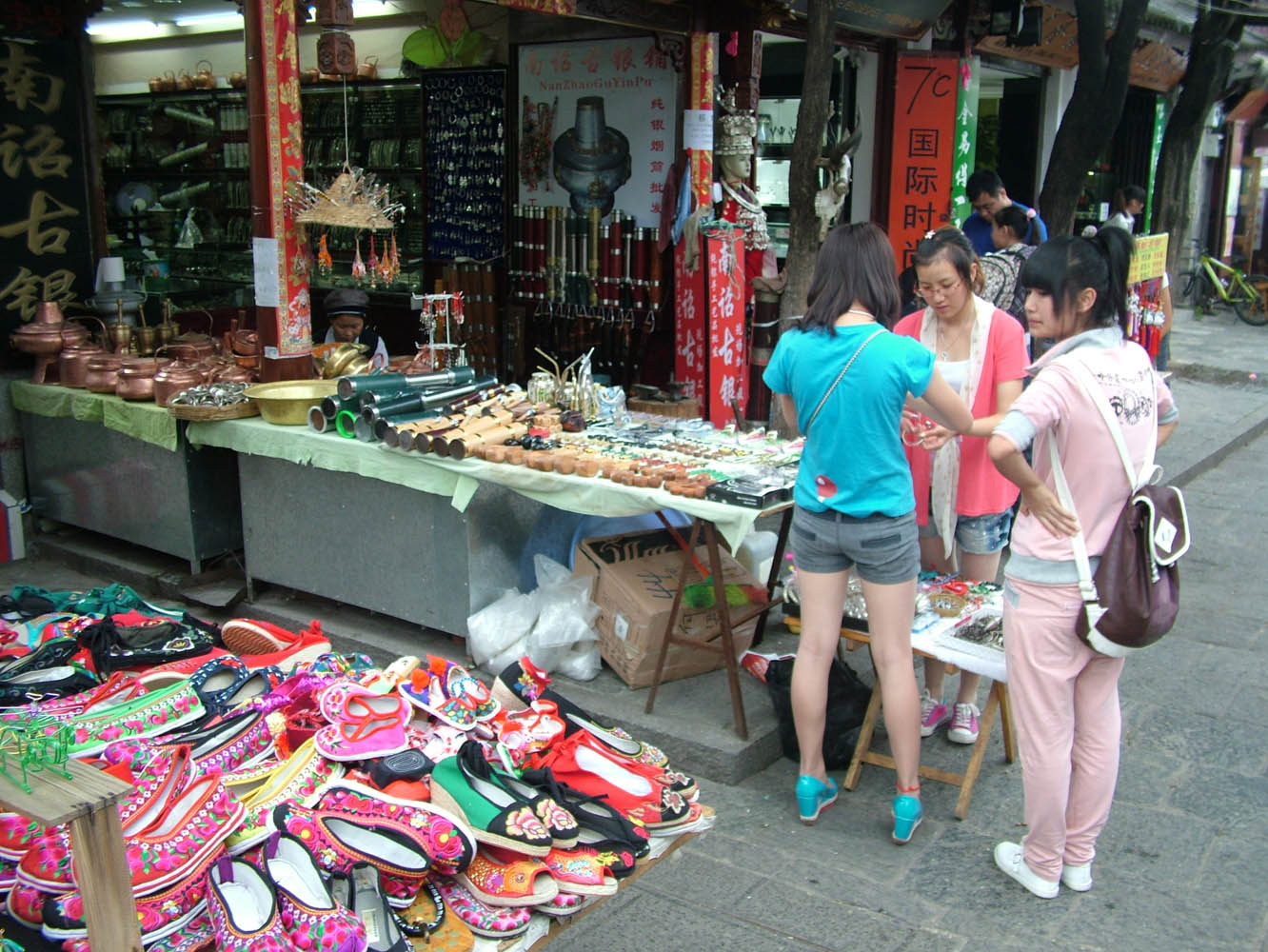 In the age of “information technology” and an expanding quantity of genders, our economic and social interrelationships have been redefined once again. But as anyone who knows me can tell you, I see connection and commonality much more than difference (despite the great popularity of Derridean difference during my college years) 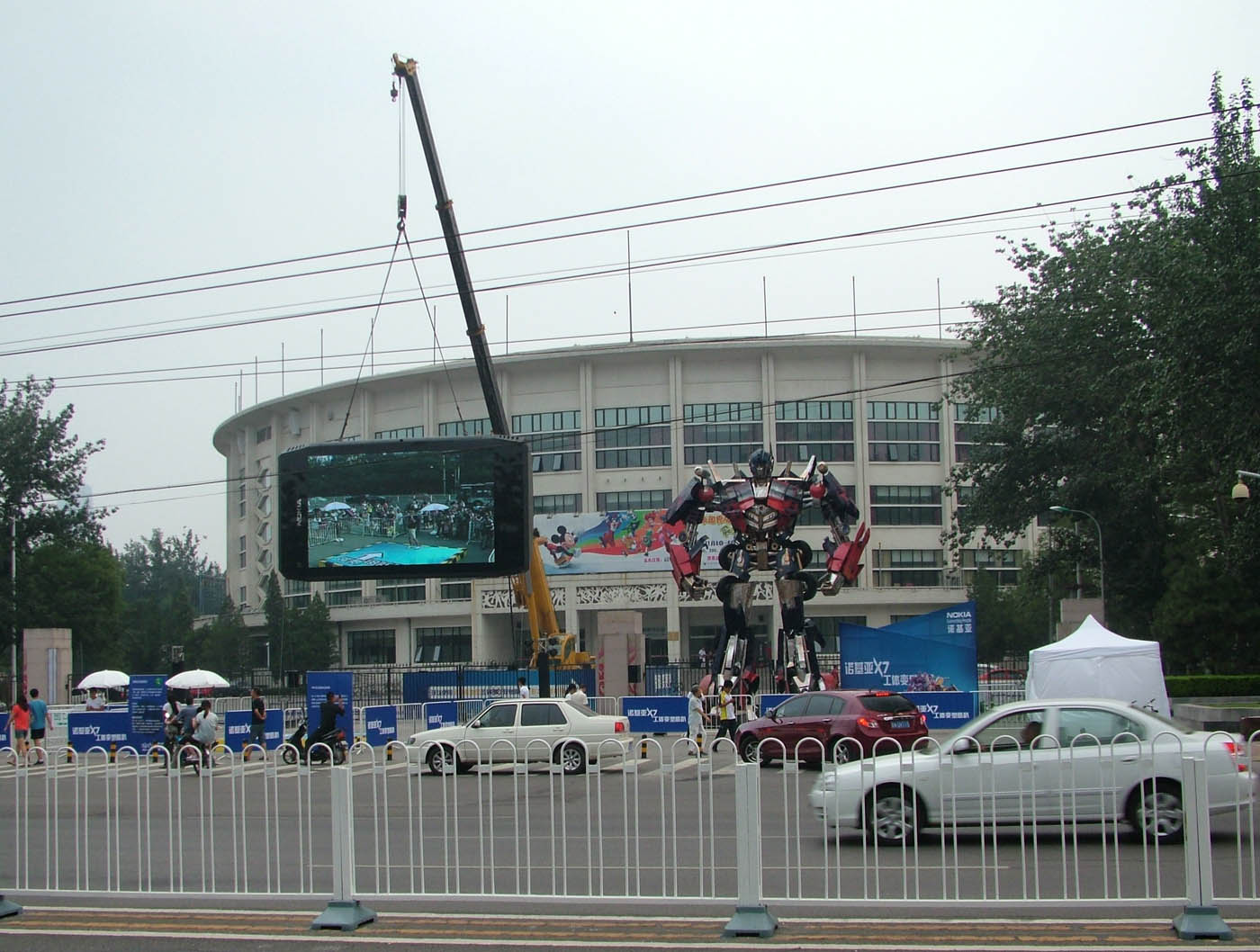 the communist capital of the world

Yes, technology DID this, but technology is not a thing nor an imperative working outside of history: it is right in the middle of it, like economics, full of the same insecurities and foibles and character flaws and amazing skills and infinite iterations of love and death as every one of us from the darkest night to the highest noon because it is not outside of human experience but implicated in every aspect of it from the amygdala to the appendix and it always has been so. 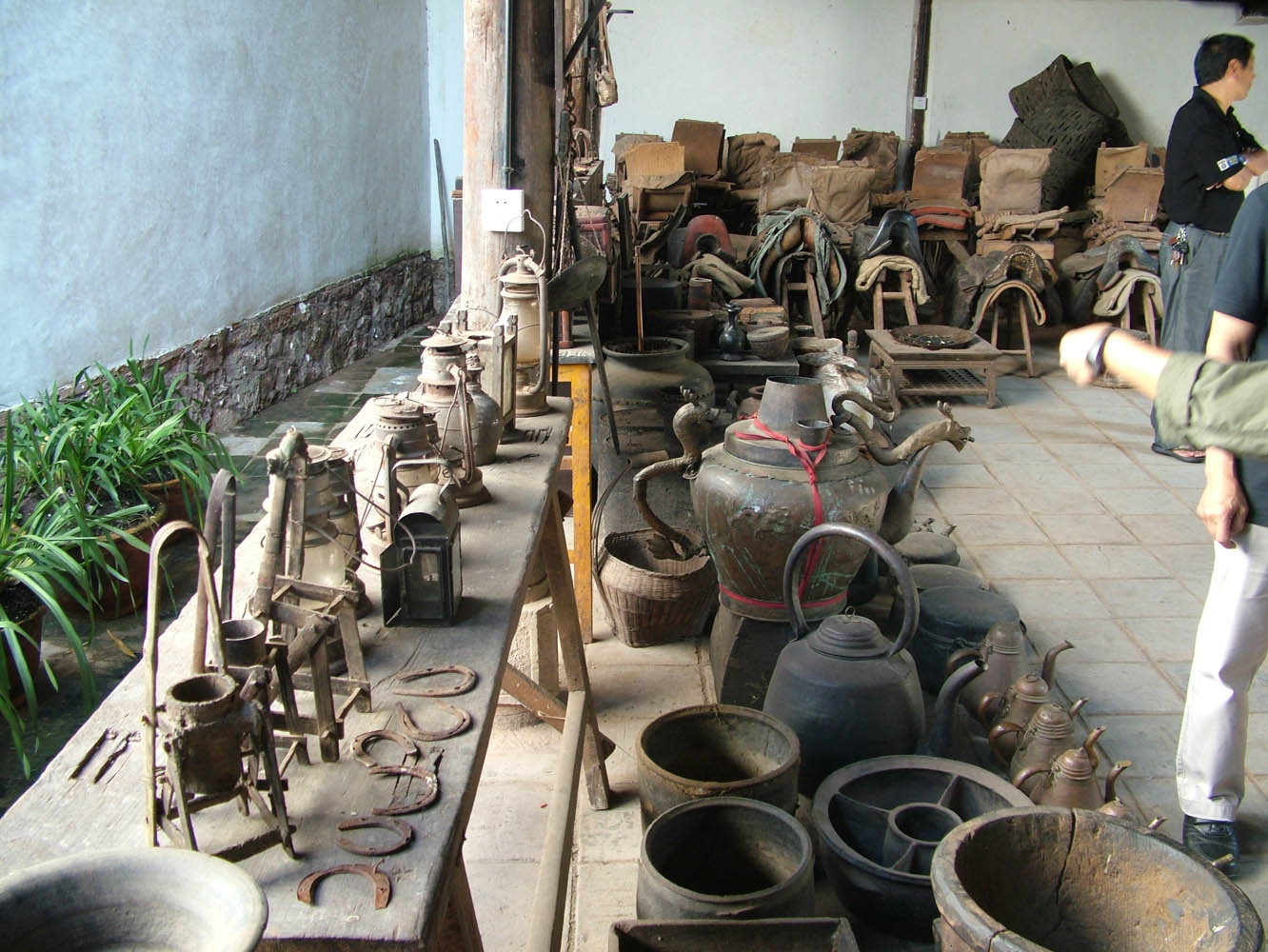 so if I buy an antique on the internet I am like doubling my technologies, right?

When we preserve aspects of our built environment, we are in fact preserving a complex layered history of cultural and economic production, consumption, identity and interaction. We are preserving palimpsests of earlier relationships, repurposing the technology of buildings and streets and places by inflecting them with our current relationships. Preservation can not be achieved without an understanding of contemporary political, economic and social relationships, and it cannot succeed without an historical understanding of relationships, the essence of technology. 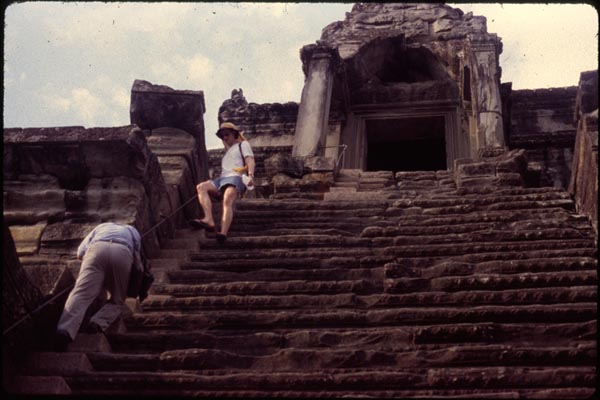 getting to the next level – the technology of stairs, Angkor Wat

3 Responses to :
Managing Change, or We Are Technology