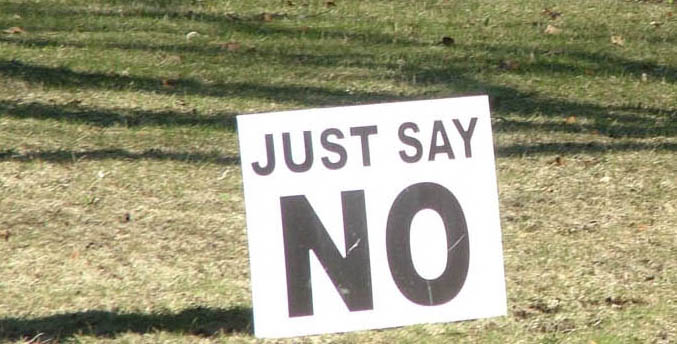 Almost a year ago in Austin, new National Trust President Stephanie Meeks outlined her plan for the Trust going forward, which I reviewed here. In that speech, she said preservationists need to become more visible beyond those who just say “No!”

But that isn’t who we are. Never was. I was reminded of the wise challenge my dissertation advisor Bob Bruegmann gave me years ago when he asked if I could write a history of preservation that had nothing to do with laws. I couldn’t, really, but I could show that tons of preservation was happening in a lot of places long before there were any laws. The laws came LATER as an expression of the public will to preserve, especially in historic districts. 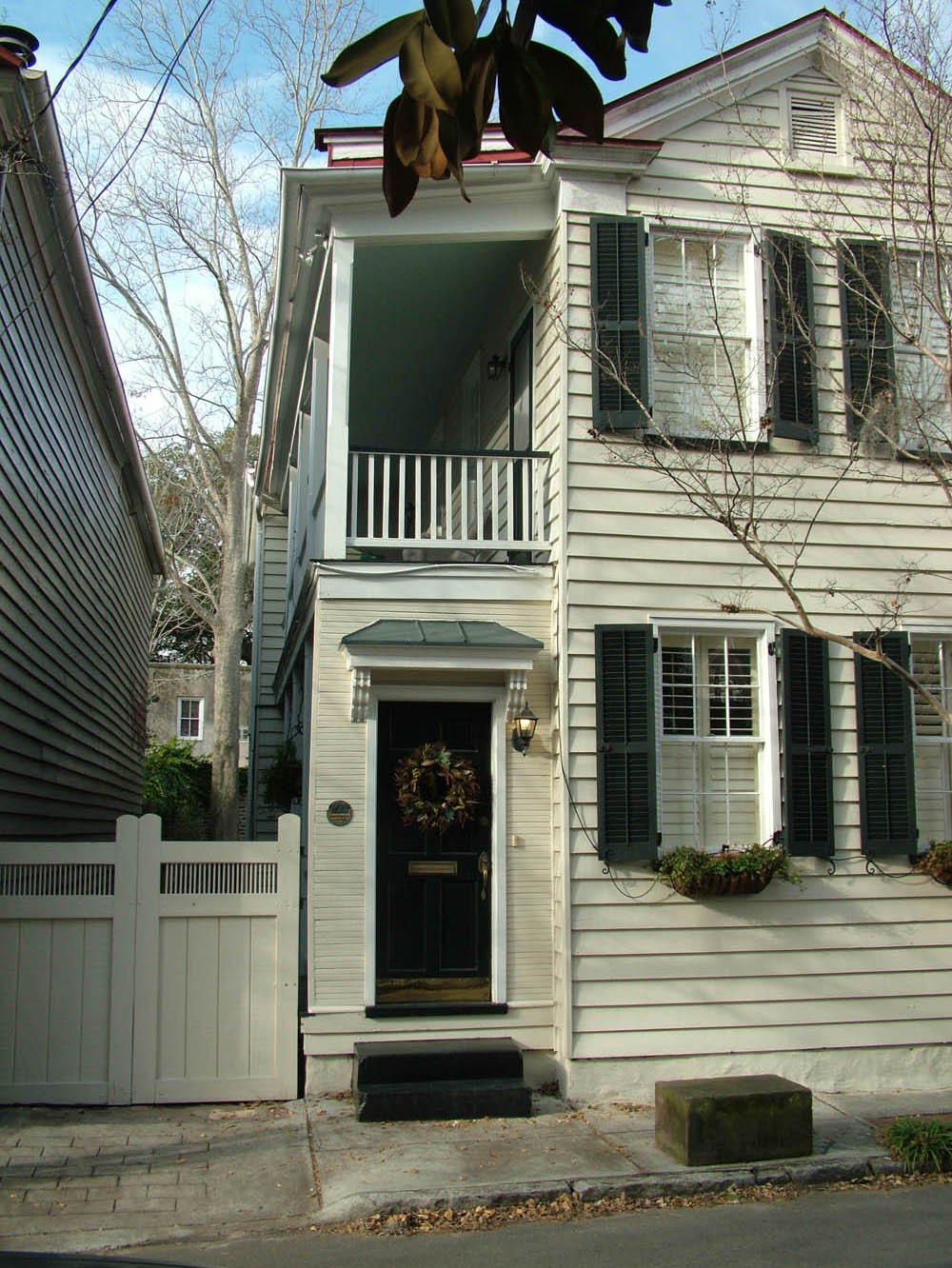 This occurred to me as I rode past the Mallen House in Oak Park, a few blocks from my home, and saw this amazing excavation going on. The owners of this lovely 1904 George W. Maher Prairie Style house have been restoring it for many years, and they are extremely meticulous, detailed, and accurate about the restoration. The building had been heavily altered in the past – it wasn’t even featured in the second, 1990s version of the FLW Historic District book. and they are slowly but surely bringing it back. 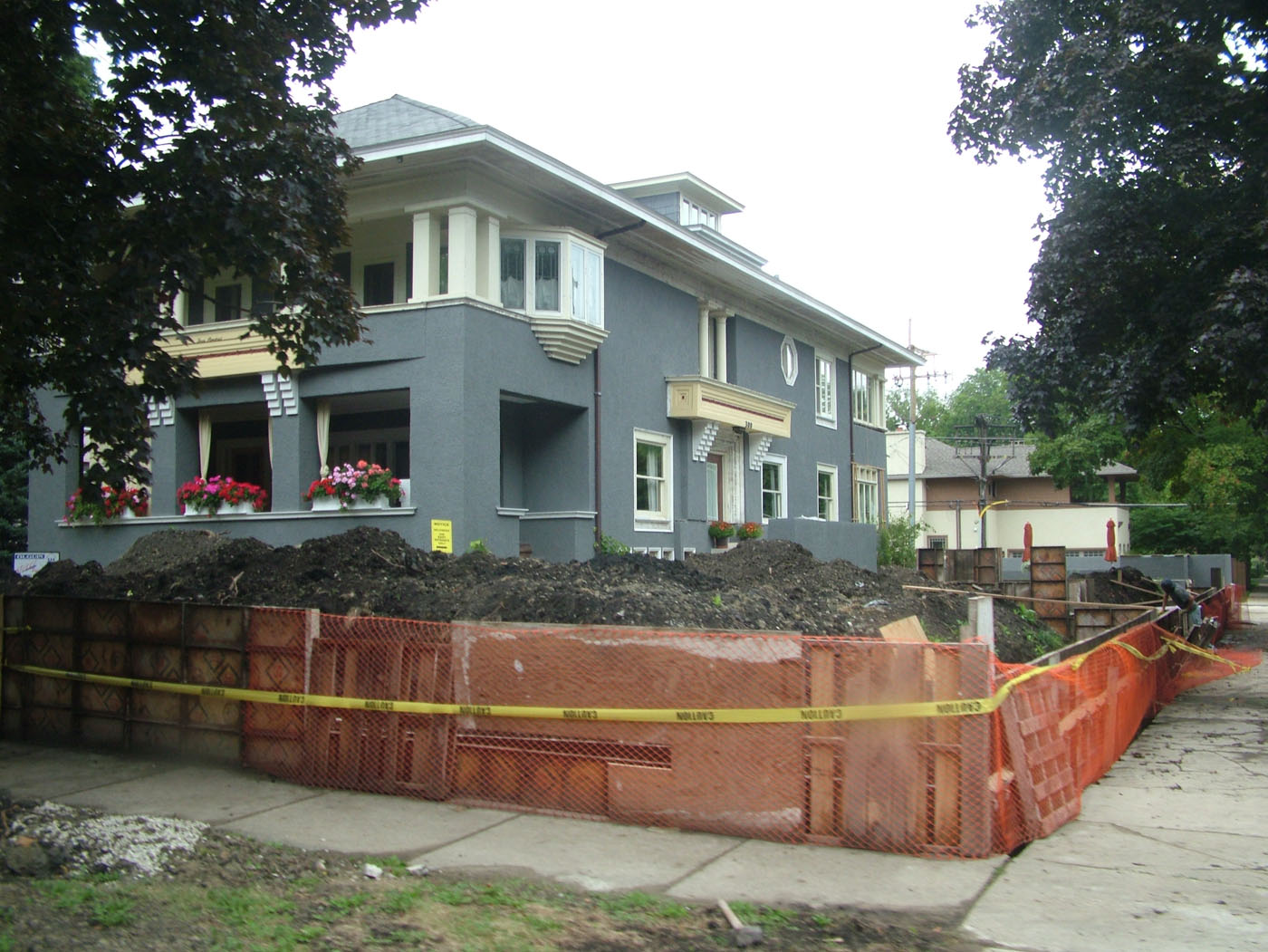 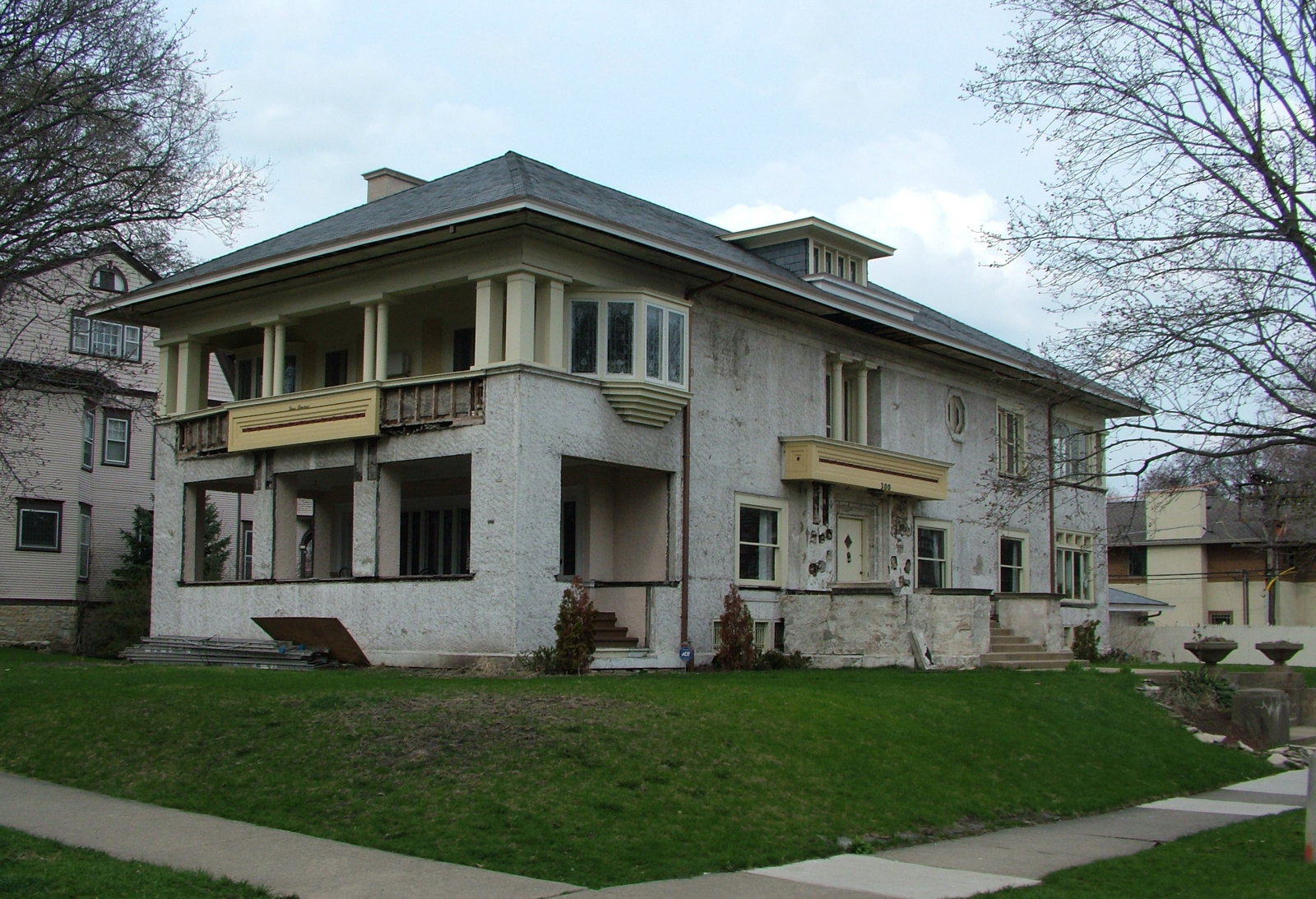 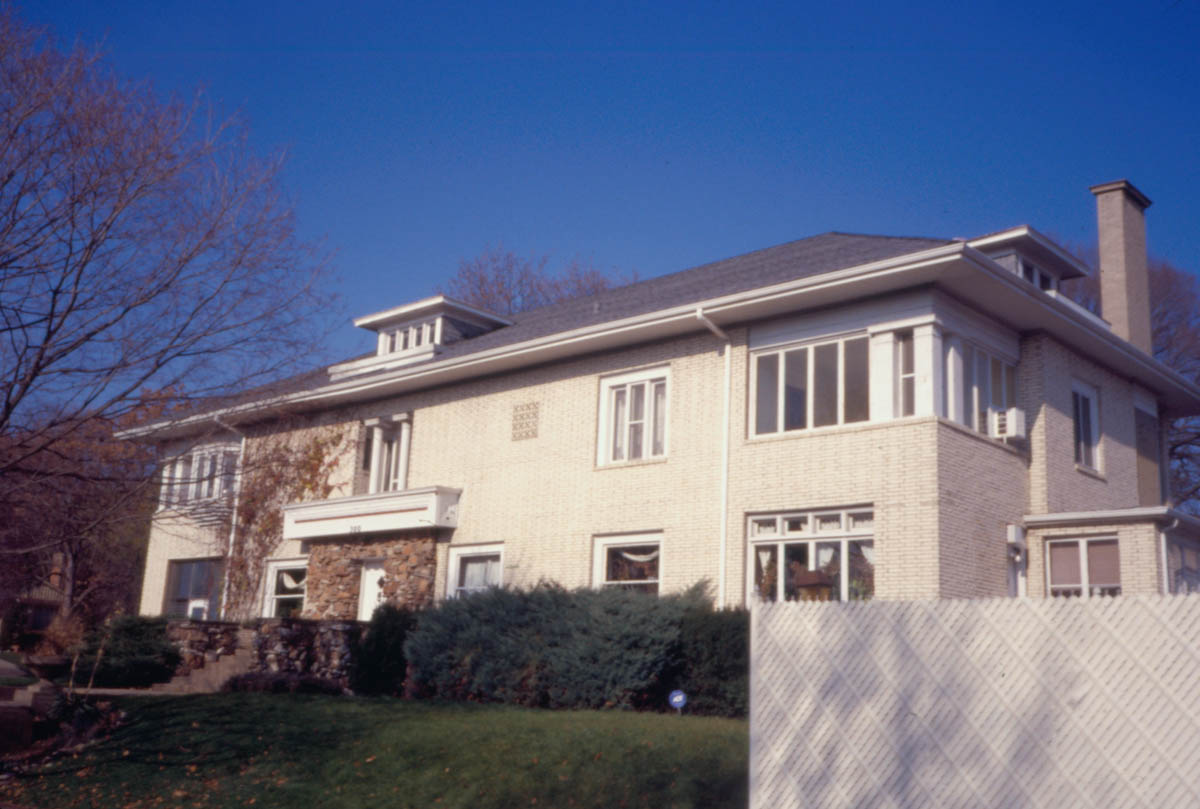 This restoration is not happening because Oak Park has a local preservation ordinance, or because there is something about either the local or National Register historic district that requires this. No preservation law requires an owner to restore their property to the way it was. Got it? 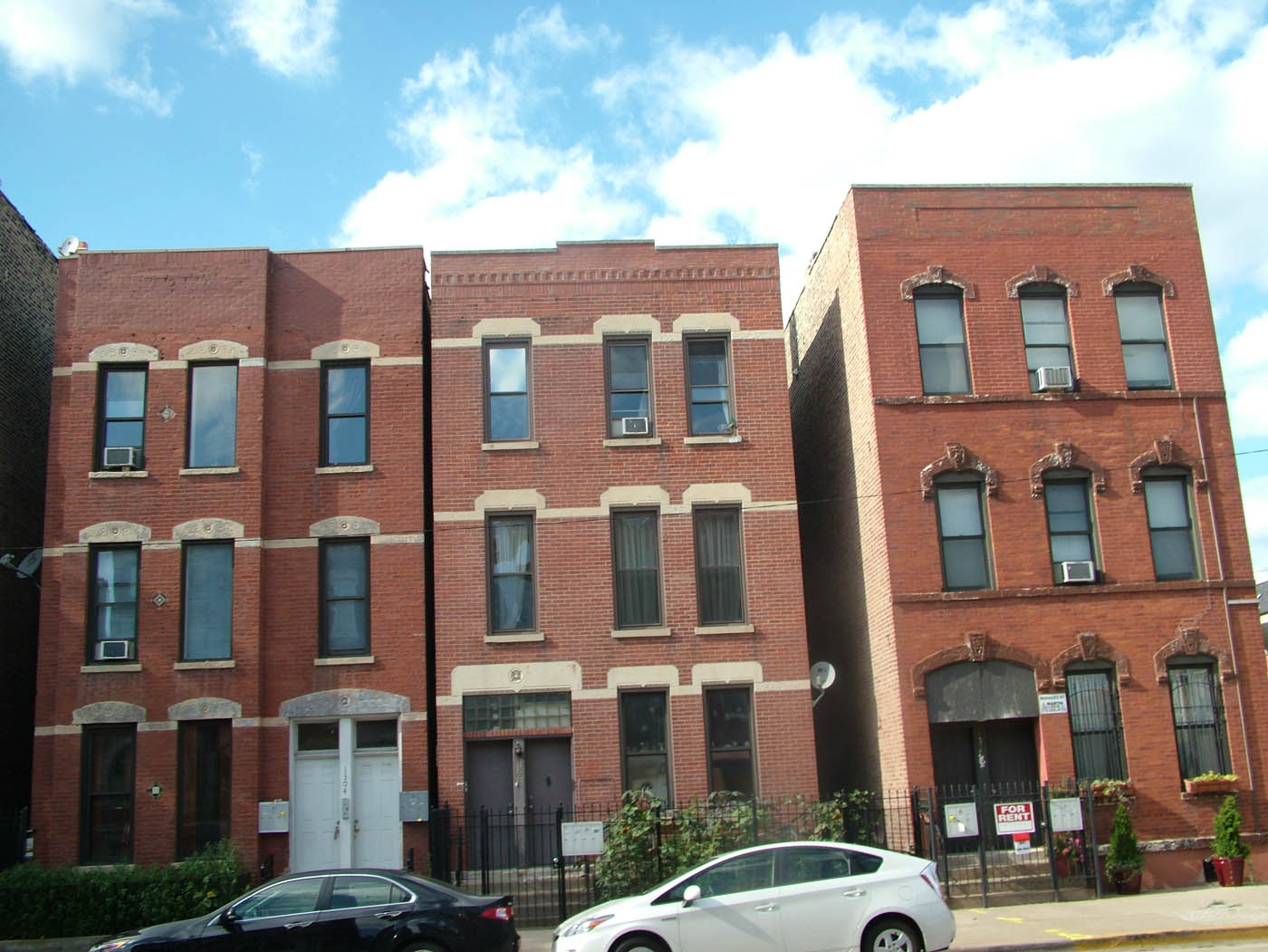 If your property is in a historic district and the cornice is missing, or a previous owner added rubble stone facing to the entrance or blue aluminum siding you can go ahead and keep it that way. Preservation laws might make it difficult for you to tear down your house, but even in Oak Park they can’t prevent owners from making a variety of changes as long as those changes don’t amount to a demolition of a significant portion of the property. And no laws require restoring the building to an earlier version of itself. 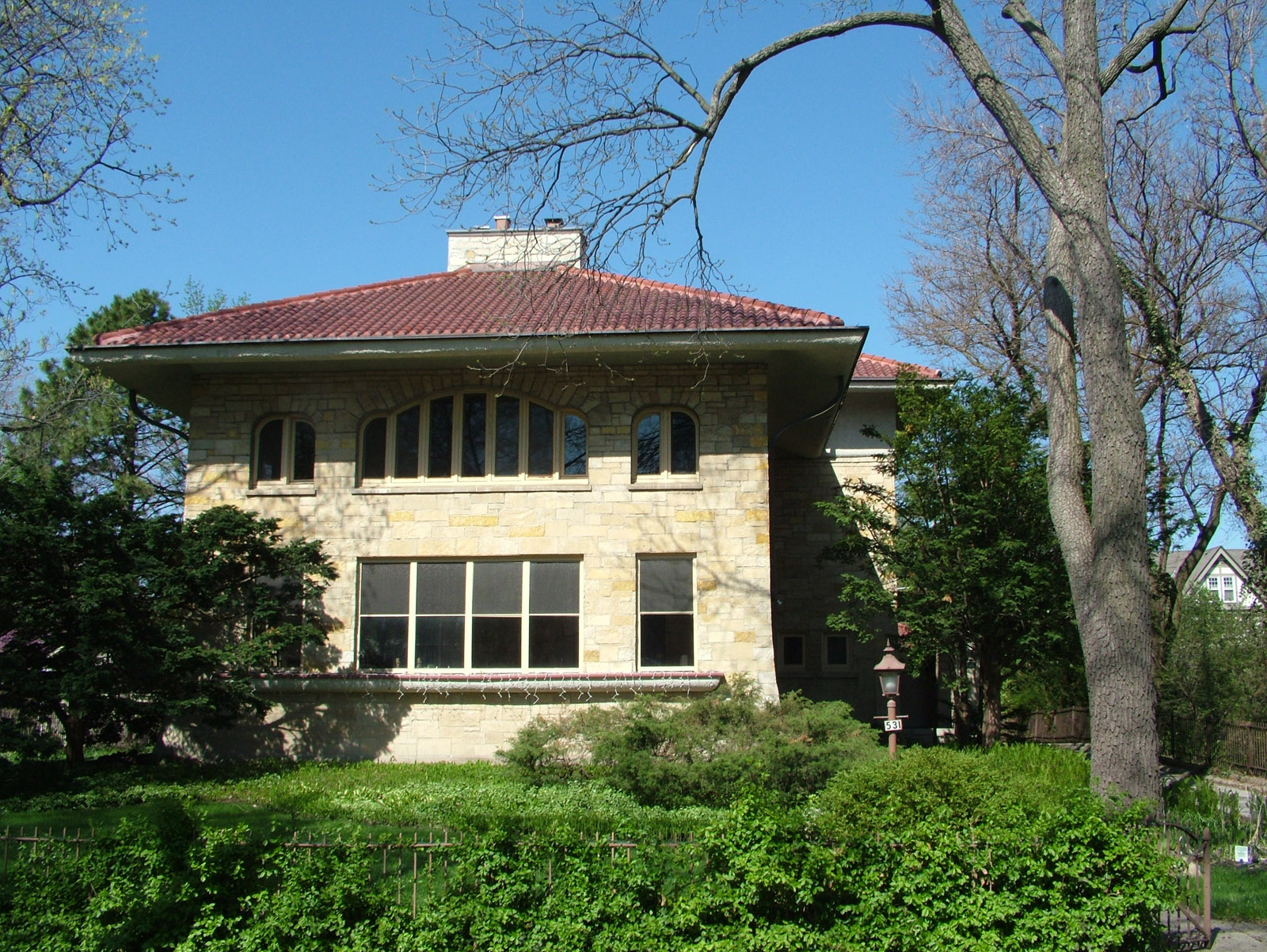 The National Register of Historic Places was created in 1966 to help save buildings and districts threatened by massive government projects, notably highways and urban renewal. The National Register has no say over private projects, and even in the federal project situation, restoring an original design is rarely required. In historic districts especially – which is where landmarks laws began – the goal is to discourage demolition, not to restore. In fact, the goal of our entire movement is more appropriately to re-purpose significant elements of the past to make them a vital and economically viable part of the future. 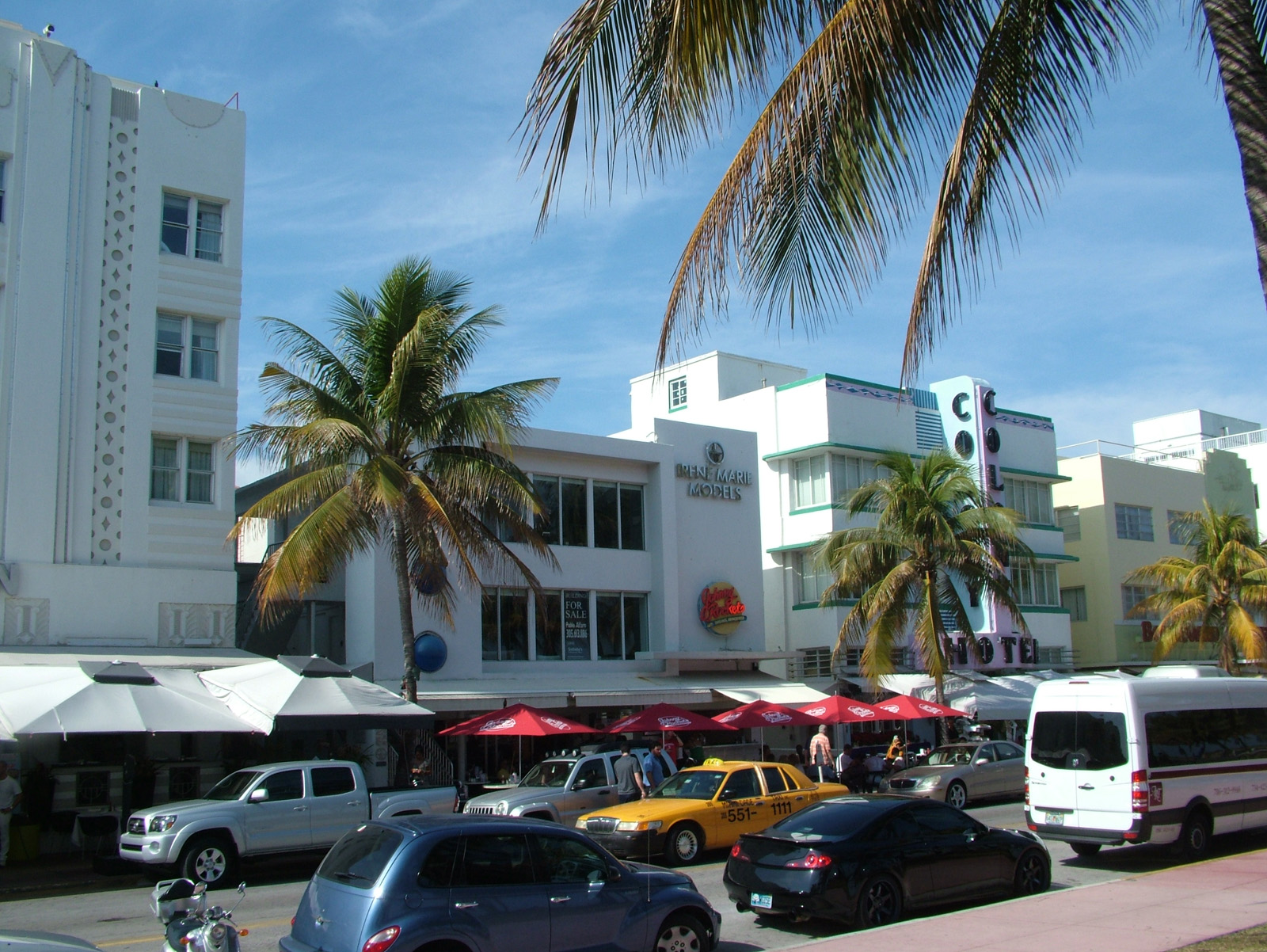 or the backdrop for yet another 1970s TV show remake?

I have studied, and continue to study, historic districts. In the history of most historic districts, you find quite clearly that the creation of the historic district – whether local or National Register or both – usually POSTDATES significant rehabilitation activity. First, people invested time and money and enthusiasm into their buildings.

Then, later, the historic district was created as an expression of that previous investment. Yes, sometimes, as in the effort to save that neighborhood in Buffalo where the Peace Bridge wants a truck depot, the landmark effort is aimed at thwarting an ill-considered development plan. But such an action never takes place in the absence of a motivated local constituency that values their community.

Oak Park is a great example of this. I said it in an earlier post, but the reason my block has so many lovely restored and rehabilitated houses is that PEOPLE WANT THEM. Yes, there is a law should an individual break the bounds of the social/community contract and propose demolition, but the vast majority of investment and rehabilitation is not an expression of the law. The law exists as a fallback, and one which is limited to slowing down demolition, not one which talks about paint colors or acroteria or Scamozzi column capitals. 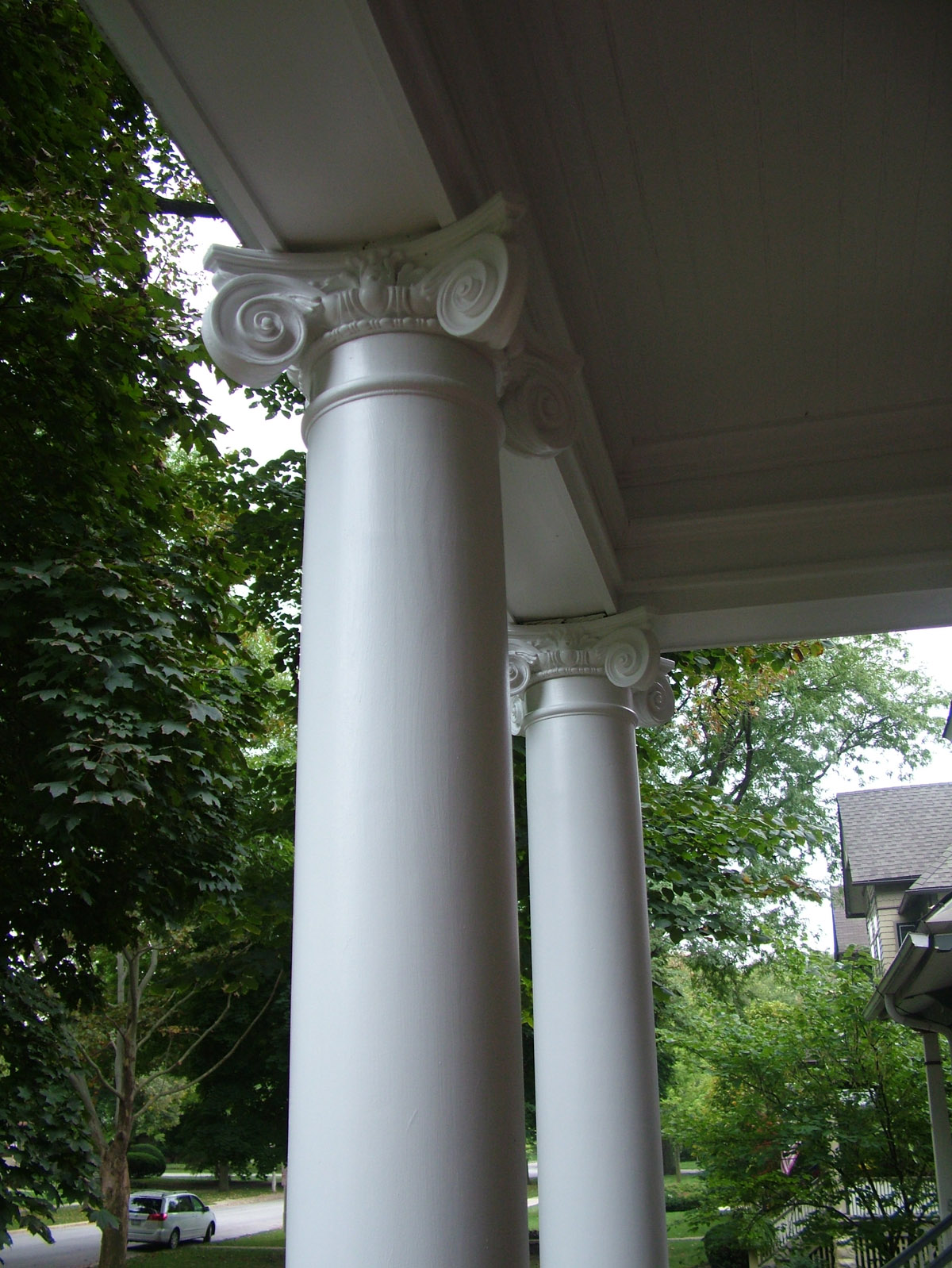 My neighborhood is lousy with Scamozzi column capitals

I restored these column capitals because it was really important to me. The Landmarks Commission thought it was a great idea, but they had no grounds to stop me if I had kept the godawful metal replacements that had been put there a generation ago. Indeed, I could still have gotten a preservation tax incentive WITHOUT restoring these columns, as long as I did not wantonly dispose of other, still serviceable, historic features. 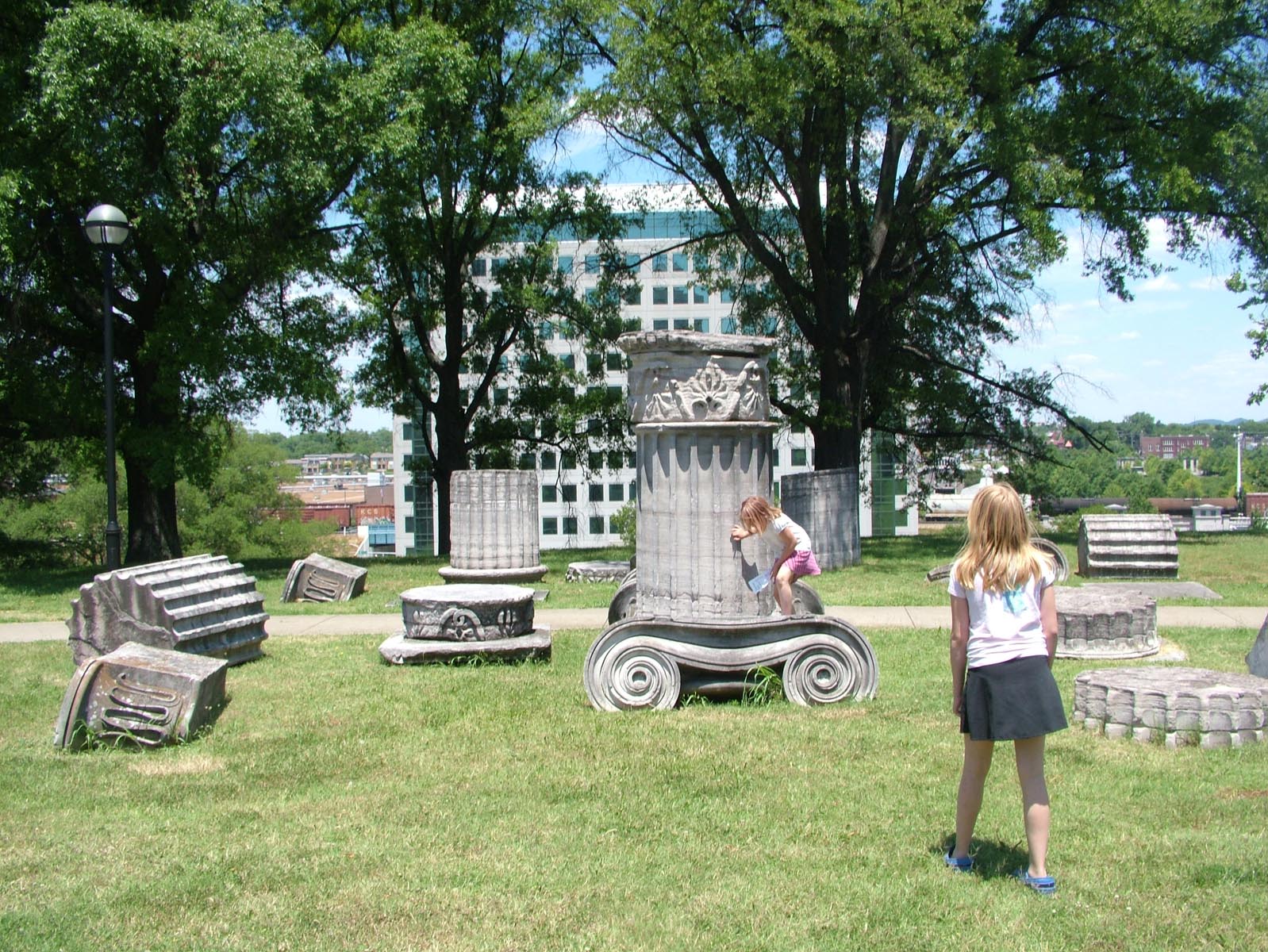 In my research I found that preservation happened in places like Greenwich Village for almost three generations before there were any laws to enforce it. There was a rash of rehab there in the 1910s and 20s, some of which altered buildings in ways we might not agree with today (see the post about Andrew Dolkart’s book here.) There was another wave of rehab in the 1930s, by renters, NOT owners, which causes problems for those who assume only an owner has an economic interest in real estate. The area didn’t become a landmark district until 1969. 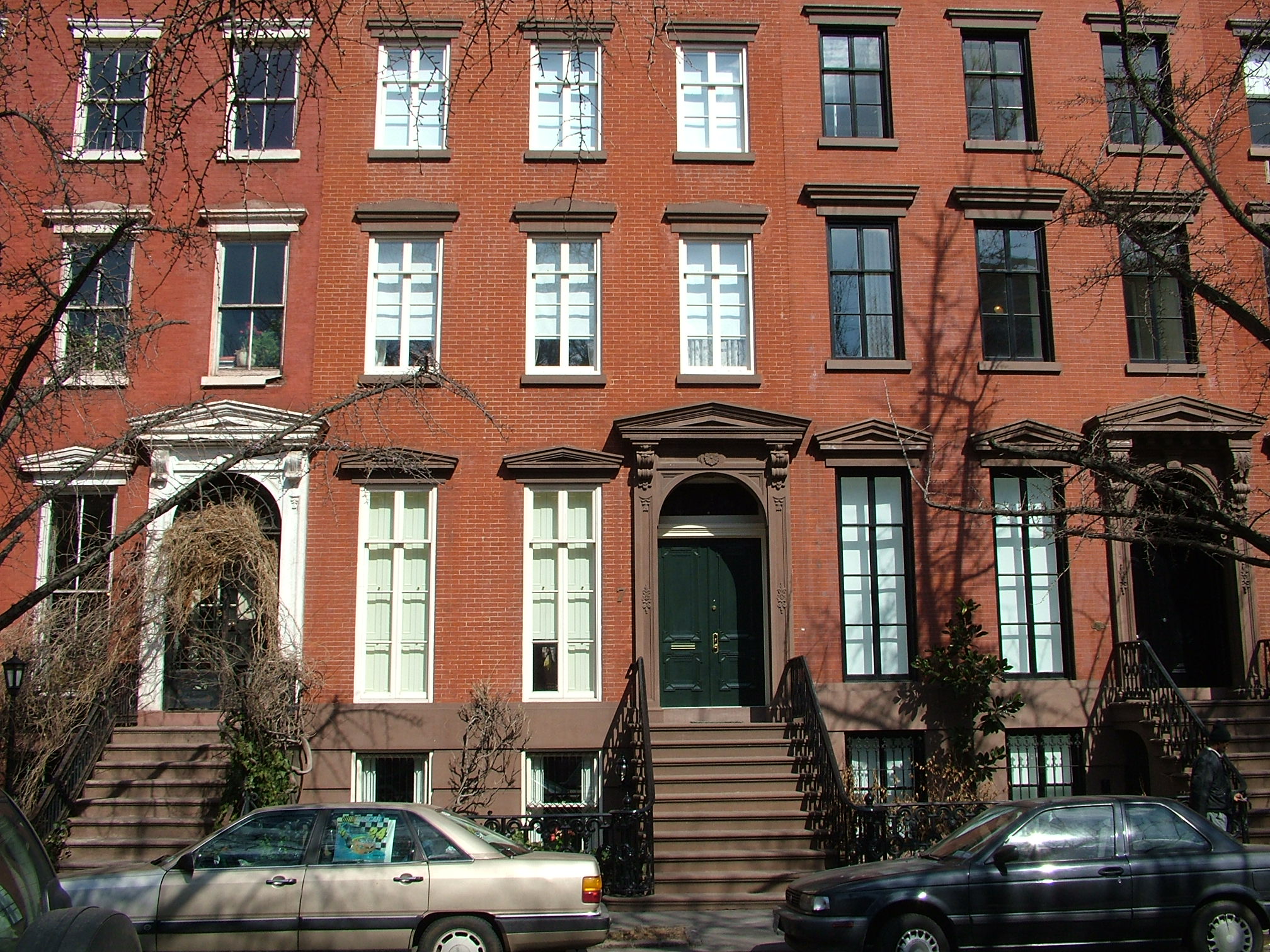 I found the same pattern in Chicago’s Old Town, which was beset by rehab in the 1920s and again in the 1960s, before SEEKING and getting local landmark designation in the 1970s. I have watched a whole lot of historic districts get created in Chicago over the last three decades and in no case did the community oppose the district. Yes, there is a lawsuit against the Chicago landmarks law brought by owners in two historic districts, but they are clearly in the minority, attempting to use the judiciary to overcome the legislative will of the people. 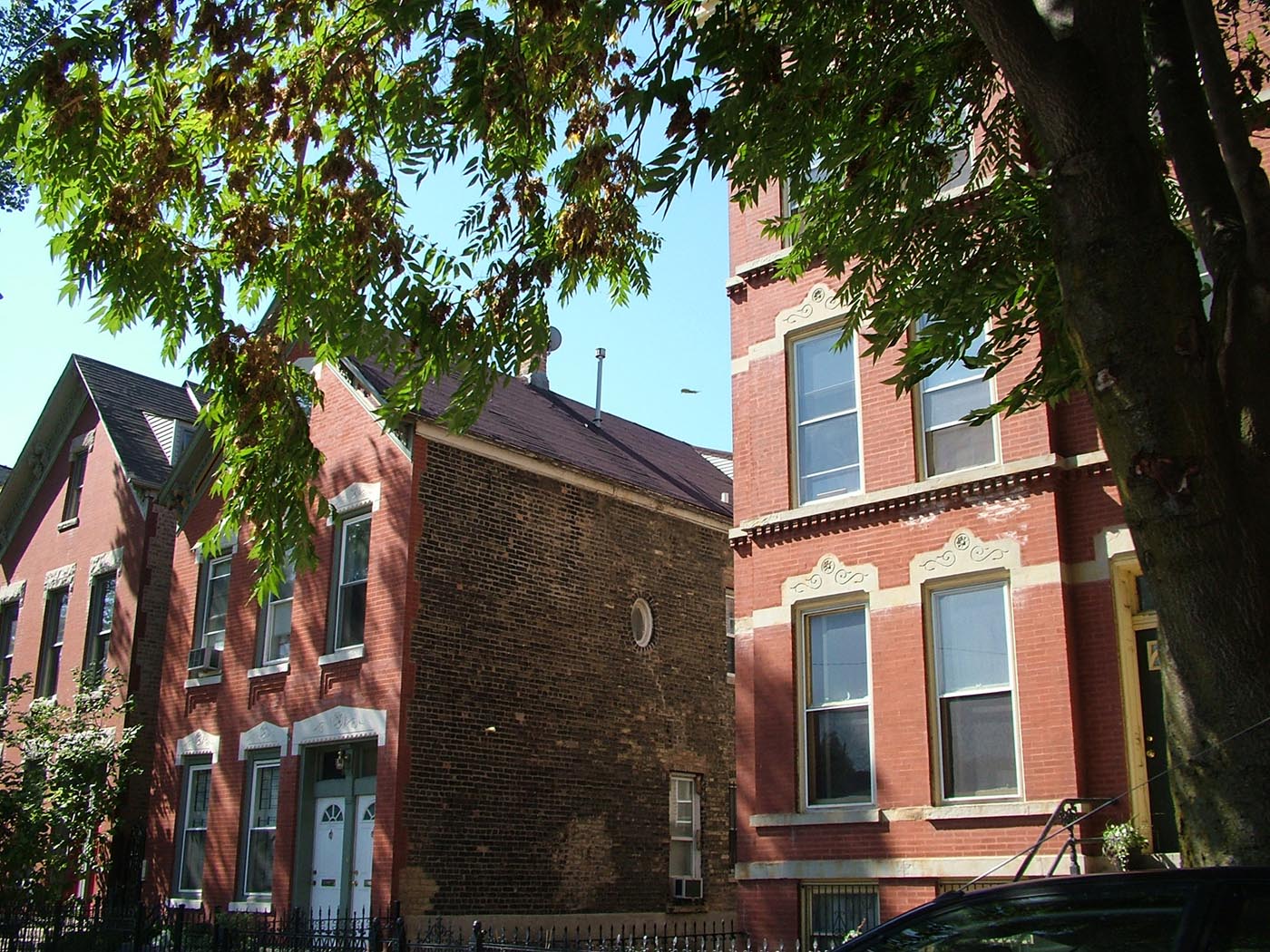 However you slice this issue, the fact remains that the majority of preservation happens because owners and renters and community members WANT it, not because there are laws.