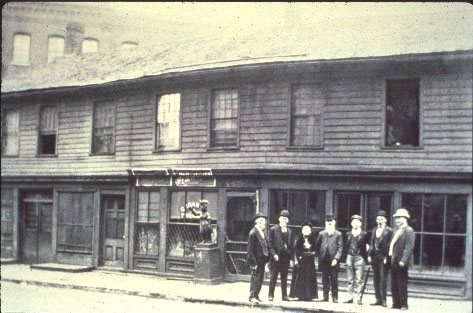 My friend and colleague Dr. Anthea Hartig, who last year became the Executive Director of the California Historical Society, asked the provocative question: What is a Historical Society in the 21st Century? Good question. What does it mean? And what has it meant? I asked for her help answering this question and got it….

The term “Historical Society” strikes one as odd because of the second word: do we need to create a special society for those who are historical or interested in history? Why isn’t everyone? Is it a social group that gathers for fancy dress dinners to hear about each other’s adventures in the past, like an Explorer’s Society or a Wilderness Society? Or, more fairly, a group that gets together socially to share a common interest in exploration or wilderness or history or whatever? There is certainly a sense of exclusion in the use of “Society, ” although strictly speaking there doesn’t have to be – we are all one society, after all. And we share history, presumably.

There is an old-timey air to the word “Society”, and that is perhaps why some have abandoned it. The Society for the Preservation of New England Antiquities became Heritage New England within the last decade. The Barry Byrne book I just finished was researched for a decade at the Chicago Historical Society, and then for another five years at the Chicago History Museum, because they changed their name.

Perhaps the implication is that this is a segment of society that cares for historical things. Indeed, people expect a historical society to preserve artifacts of the past, to be an archive, and to accept donations of important (usually) historic items. The Chicago History Museum (Chicago Historical Society for almost 150 years) is a good example. It has collections of everything from costumes and architectural drawings to lowriders and locomotives.

The California Historical Society has a similar mission, although Dr. Hartig has worked to broaden its reach into every corner of “society” in the largest sense. Perhaps we should talk less about Society with a capital “S” and focus more on society with a small “s.”

Most historical societies have collections of archives and artifacts, and often one of their primary goals is the conservation of those artifacts. Another primary goal is educating the public – the larger “society” – about its shared history, often through the use of those artifacts and archives. This was the point of the excellent new exhibit on the Golden Gate Bridge that Anthea staged at the California Historic Society. Conservation will only happen if people care about their shared heritage, so education and interpretation are essential to the maintenance of archives. 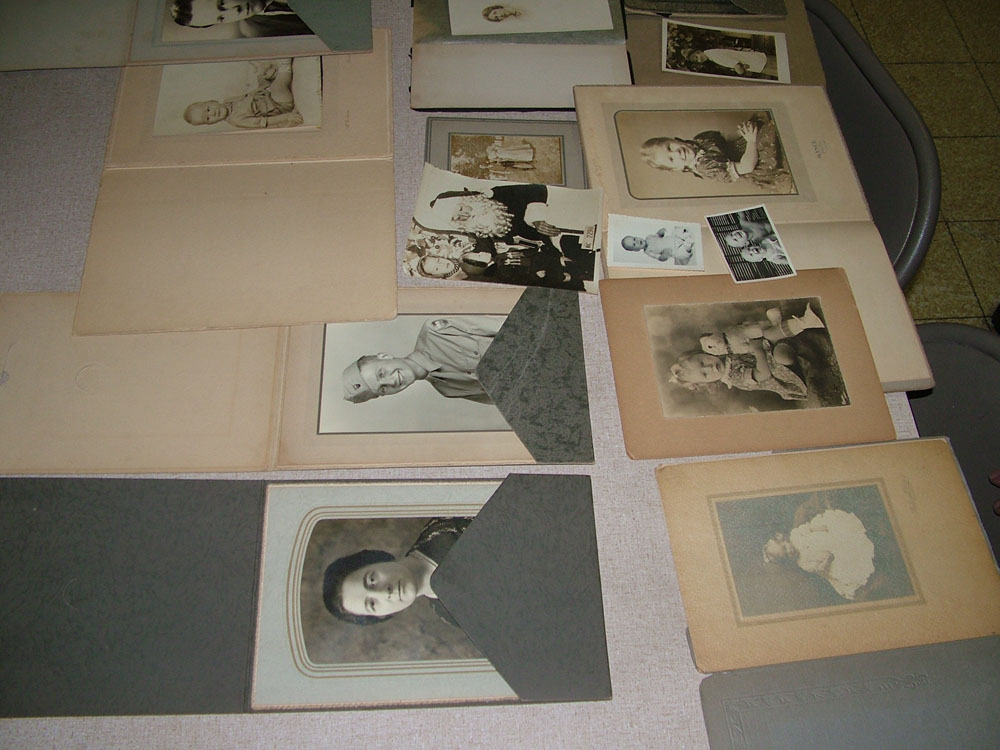 Public and private agencies need to clean their drawers every now and then (so do I come to think of it) and they often look for a receptacle for items no longer current or useful to everyday business, and donate them to historical societies (and museums and archives). For scholars such as us, this is great, because original documents are vital evidence. They help us understand the context of so many aspects of our lives, from bridges and buildings to the formation of institutions and a great variety of public debates.

Now, we have also done research in active public agencies, like municipal landmarks commissions, although since these are not designed for research, it often takes a long lead time, serious preparation and maybe even an FOIA filing. Files that have been transferred to a museum or historical society are much easier to access, because they are designed for it. 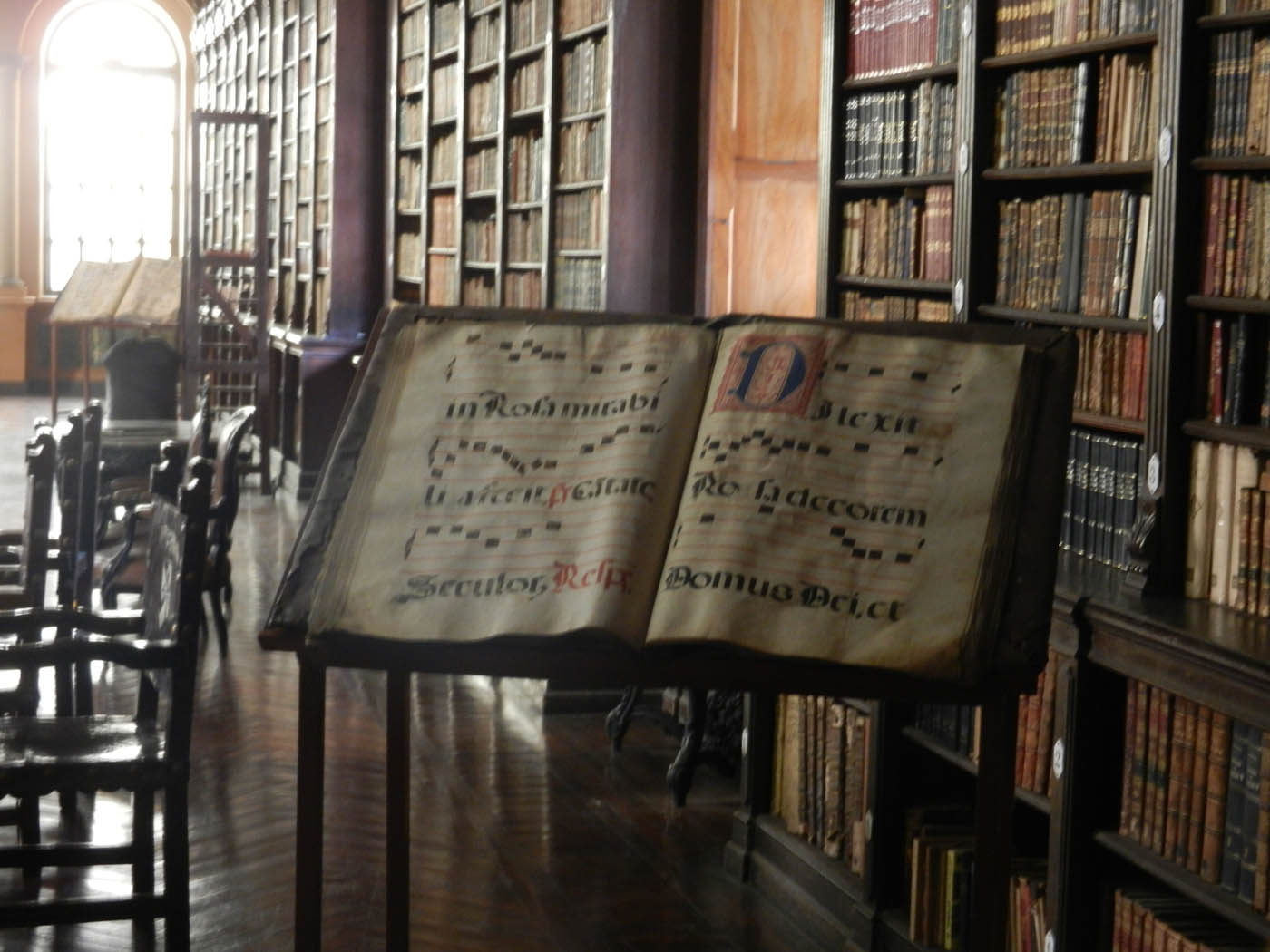 The Library of Congress is basically an archive but I think its name helps focus the question here. As a “library,” we expect it to have a lot of books and files. But there is something they have – shared with historical societies and museums – that is even more important for the scholar (or exhibit designer). A library is not a bunch of books but a bunch of finding aids, the most versatile of which we label librarians.

Every historical society has archives and artifacts – the great ones have those items accessible through a series of contexts and analytics. This makes history more accessible, more relevant, and more useful.—especially when then have librarians and free, accessible research libraries like the California Historical Society’s

Most historical societies have exhibits, which differentiates them from those other 19th-century-sounding groups focused on teas and lectures and fora. Exhibits bring the artifacts to the attention of the public, usually making an argument for their interest, relevance, and by extension, their ongoing conservation. 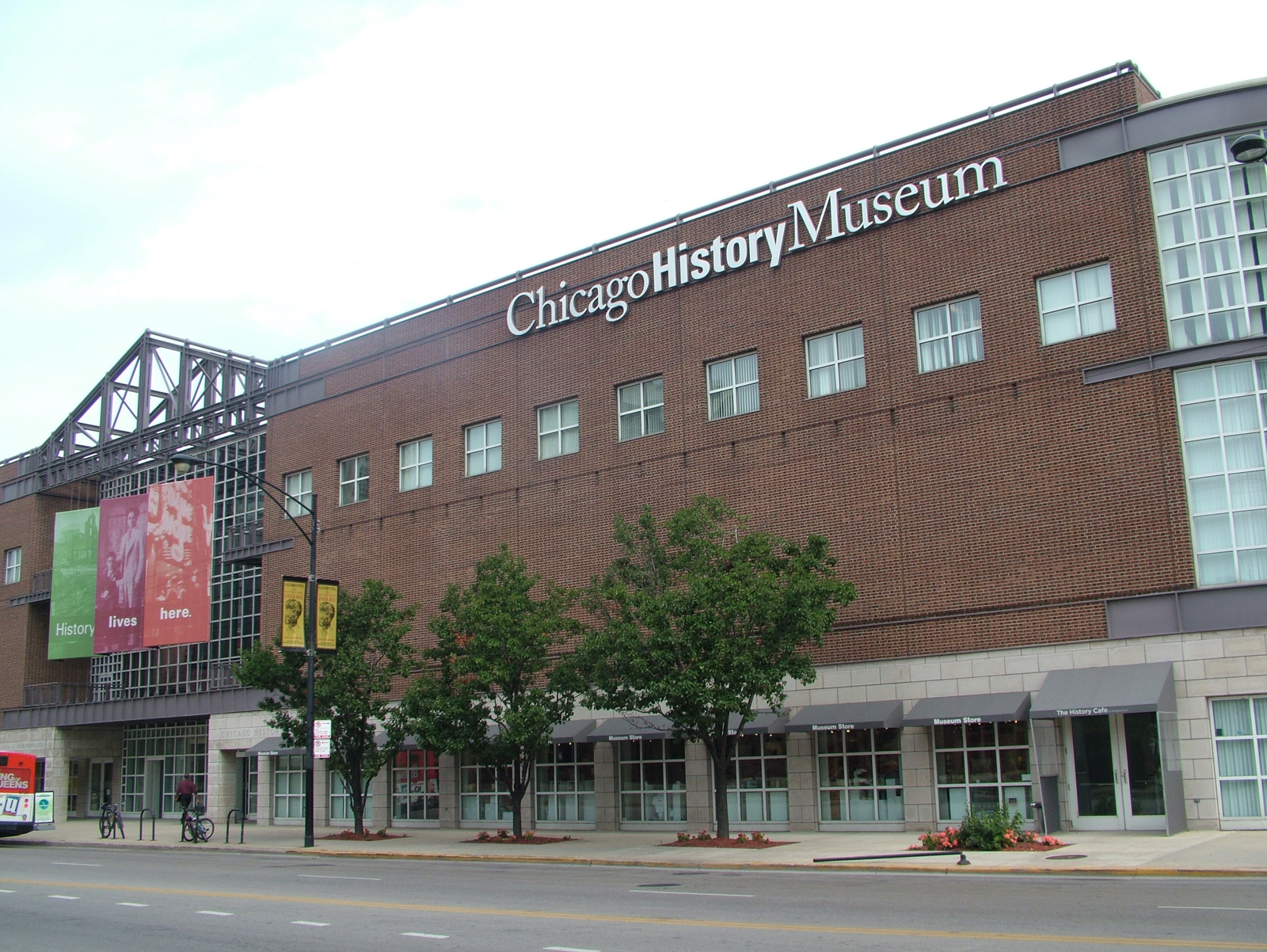 About 15 years ago the Milwaukee Public Museum had a fascinating problem. In the 1960s during urban renewal they had saved bits of various buildings as sections of the city were being leveled, and reassembled them inside the museum into a “Streets of Old Milwaukee” exhibit. The interpretation of the little street and buildings became pretty irrelevant by the 1980s, when various exhibits were shoehorned in to address the presence of minorities and women in the 19th century. By the 1990s the Museum realized it had better chuck the whole thing out and start over if it was going to properly represent 19th-century Milwaukee. But there was an outcry. A generation had grown up with those fragmentary “real” buildings and didn’t want to lose them. The “inauthentic” indoor street made of fragmentary “real” buildings had itself become an object people wanted to preserve. 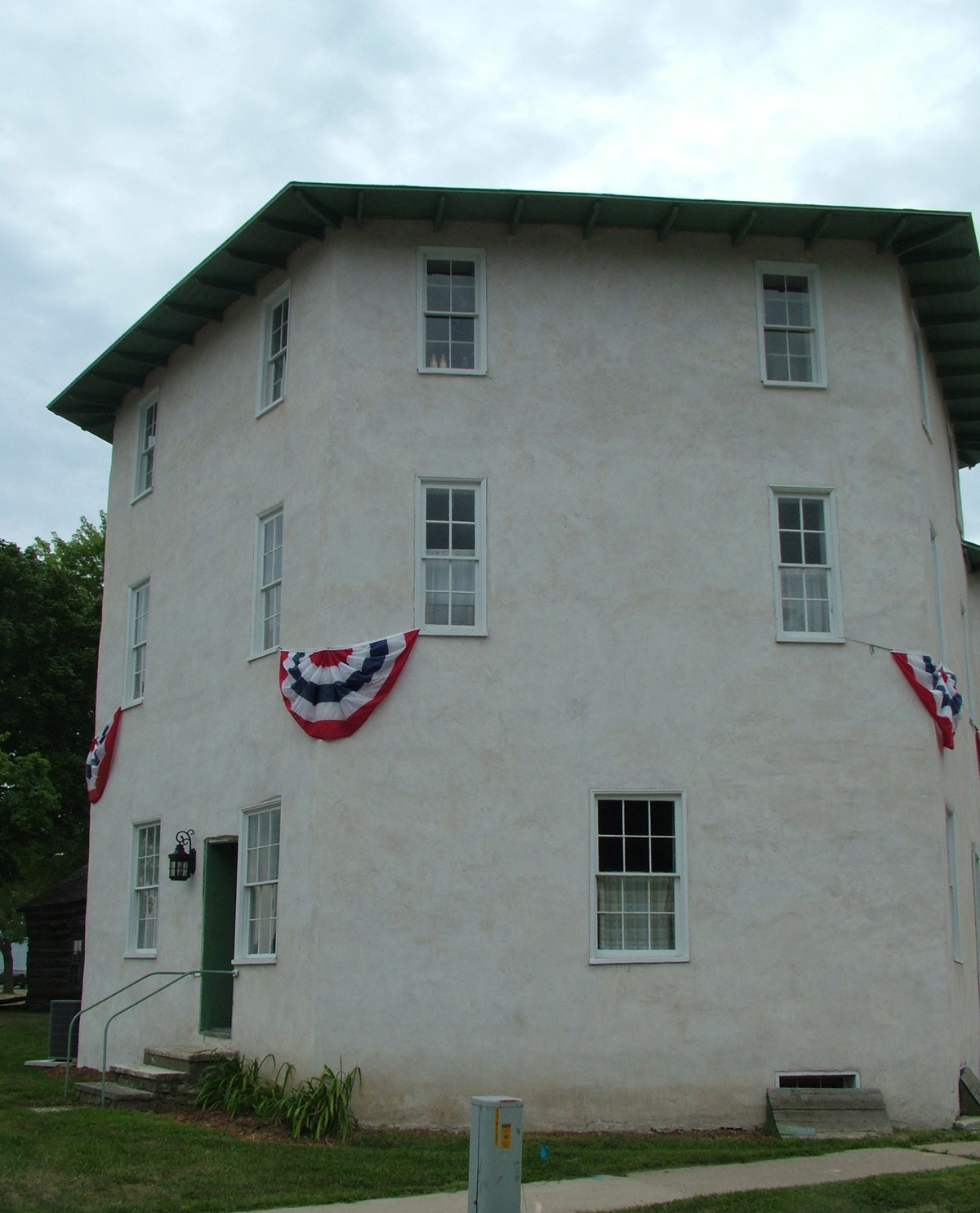 The Lyons (CO) Historical Society was formed to keep the old train depot in town and save the local 1881 school as well. A group was formed in Millbrae (CA) in 1970 to save Sixteen Mile House and while they failed, they eventually saved a local landmark that was relocated and became their museum in 1987. Local historical societies save artifacts, and in most cases their largest artifact is their building.

There is of course a problem with this dominant model of housing historical collections in an historic building. The best environments for conserving historic artifacts require the sort of precise climate controls that a.) do not usually exist in historic buildings, b.) actually can interfere with the conservation of the building. To properly care for a house, it shouldn’t have collections; to properly care for collections, they shouldn’t be in a house. 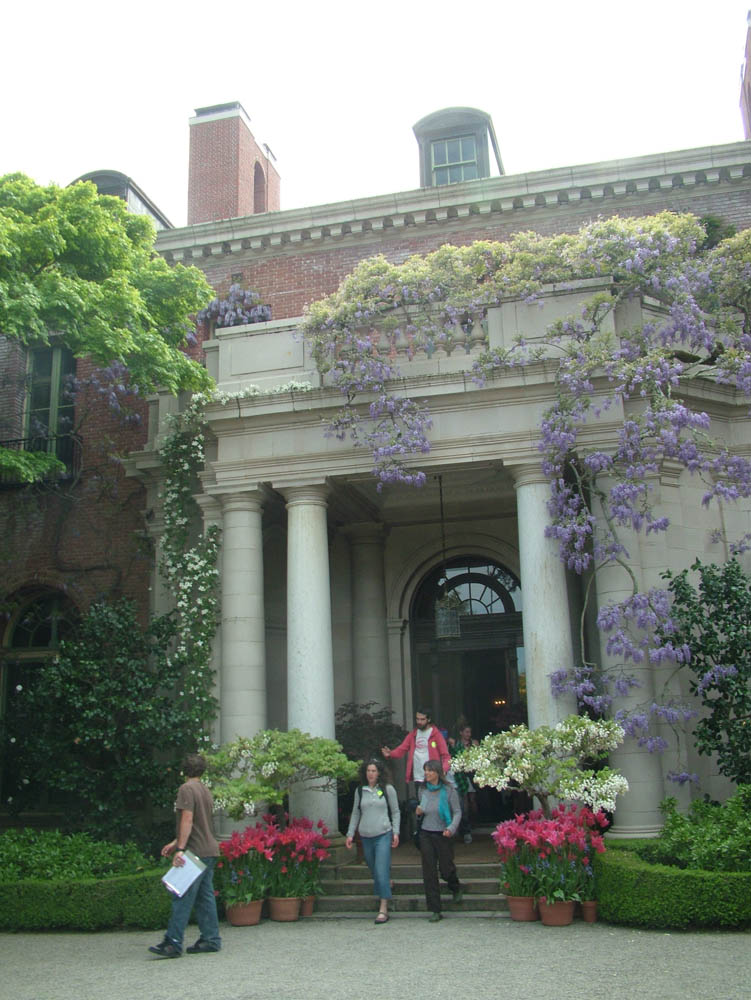 Some do both. The Burlington County (NJ) Historical Society, which includes the 1743 Bard-How house, furnished with 18th century antiques, the James Fenimore Cooper House and the Captain James Lawrence House. The Society also built a modern climate-controlled museum, the Carson Poley Center, behind the houses for its historical and genealogical library.

Let’s go back to that earlier concept, that we are one society and we share a history. Most “historical societies” however, are more particular. They may celebrate and conserve the achievements of one group, like Irish or Inuit or Italian immigrants, or they may commemorate and archive the achievements of laborers, or sports figures, or even public works. Most of them are clearly place-based, collecting and preserving the artifacts and buildings of a city, county, or state. 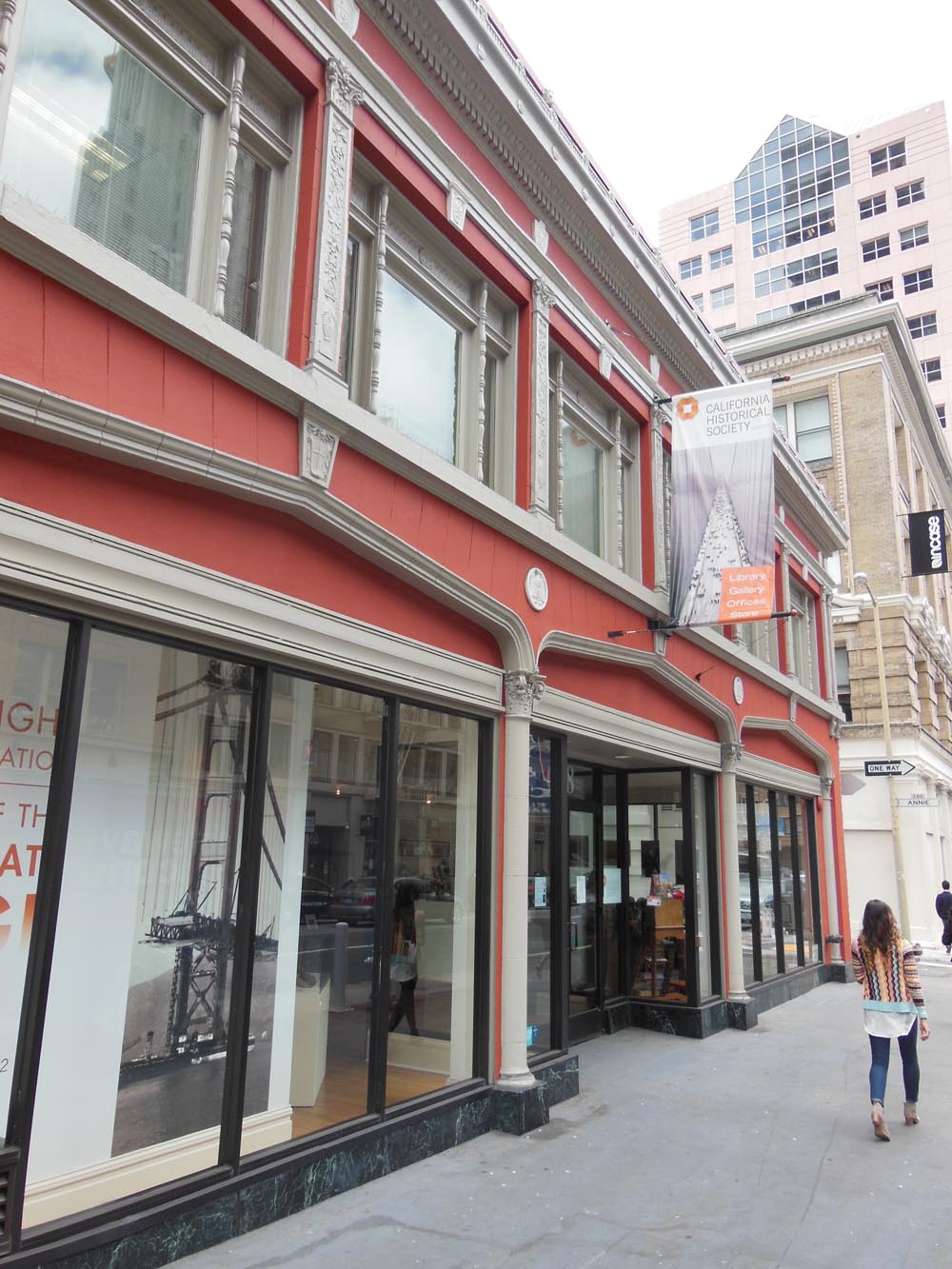 This is a preserved place. And a historical society

Maybe “historical societies” are a legacy of an America that was all about building the future. The idea of saving history was so countercultural and antithetical to the true business of American society that you had to secede and create a new, “historical” society. Today of course, we have The Society for Creative Anachronism, which deliberately “lives” in the Europe of 400 years ago, and the extremely popular re-enactors who recreate Civil War and Revolutionary War battles with an incredibly precise concern with accuracy. As National Geographic reported recently, Union soldier’s caps are indigo, not blue, and you may not be able to recover from such an error should you make it.

Are all such “societies” secessions? A desire to escape from the everyday through a role-playing fantasy – Sailor Moon or Professor X or General Meade – from fiction or history? As historians, we treasure the belief that there is a reality and accuracy to our mission, and our method is scientific in that it requires evidence and documentation. Most historical societies were created by volunteers and enthusiasts, and of course most eventually graduate to be institutions that employ historians and curators and conservators. Those are less secessions than specializations.

The Society for the Preservation of New England Antiquities became Heritage New England, which certainly sounds like a modern heritage conservation organization. The archives and collection of the Chicago Historical Society became the Chicago History Museum, which sounds a LITTLE more fun, although it still has the word “history” in it. Is it simply an attempt to update verbiage and appeal? The Chicago History Museum has also unveiled mobile apps that allow you to peer into the history of a place within the city from the convenience of your smart phone.

What does it mean to be a historical society – a 19th century term – in the 21st century? We’re collectively answering that question each day we toil away, but for now Anthea’s not planning on changing the name of my new home, the Golden State’s, statewide heritage non-profit founded in 1870,– it’s got too much history going for it!

One Response to :
Historical Societies