Context, Culture, and the Authenticity Fetish 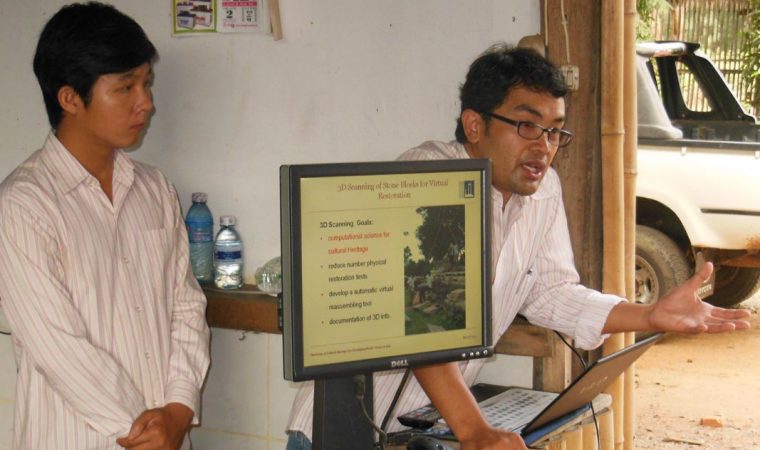 One of the themes that I have repeated in this blog over the years: that preservation is a process, not a set of rules, is being born out daily in my work as Executive Director of the Global Heritage Fund (join here!). That is because we deal with a great variety of cultures and contexts across the world, from Asia to the Middle East, from South to North America, and from remote archaeological sites to vernacular villages and cities.

The process of historic preservation/heritage conservation is actually quite consistent: Identification, Evaluation, Registration, and Treatment. My old friend Ted Hild of the Illinois Historic Preservation Agency used to label it as “hunt ’em, catch ’em, cook ’em and eat ’em,” which is a fun analogy. Fun aside, the point is the process, and what the Burra Charter famously recognized back in 1999 was that while the process can be consistent across continents and cultures, there are really not universal standards for identification, evaluation, registration, and treatment. What a particular culture in a particular context IDENTIFIES as significant may differ – in terms of tangible versus intangible heritage; in terms of social history versus design history: in terms of the stories it deems indelible to the transmission of cultural heritage. The Burra Charter and subsequent protocols have urged us to heed this cultural input at each step of the process: WHAT do you think is important; HOW do you evaluate that importance; WHAT do you do legally or politically to enforce this; and HOW do you treat the resource you have identified, evaluated and registered? 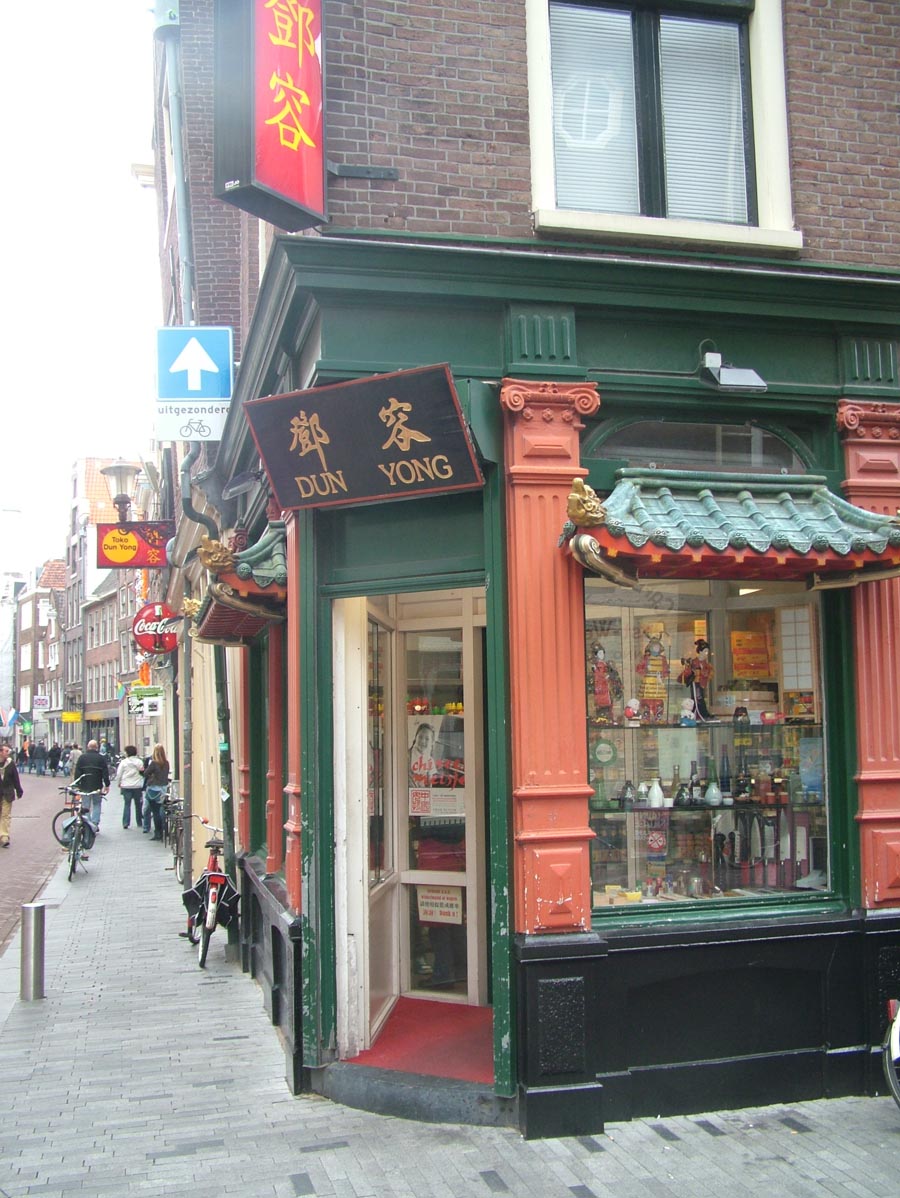 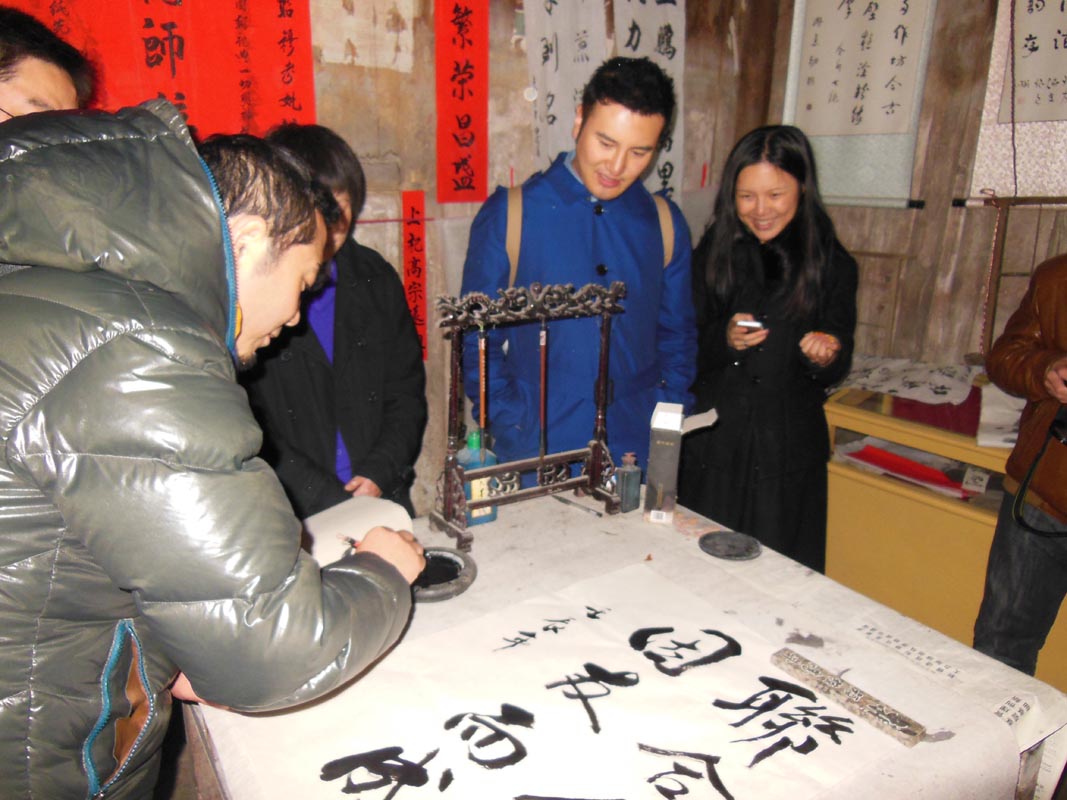 Calligraphy is the highest art form and the most important to preserve, for example

Many cultures prize historic trades and techniques much more that the fabric, the materials of the resource, which we tend to prize in the West. The Japanese Shinto temples are a thousand years old but they are rebuilt each generation using the original tools and techniques of a thousand years ago. We prize the patina and finish of the building that Washington slept in but we see no contradiction in putting it back together with epoxy and nail guns. 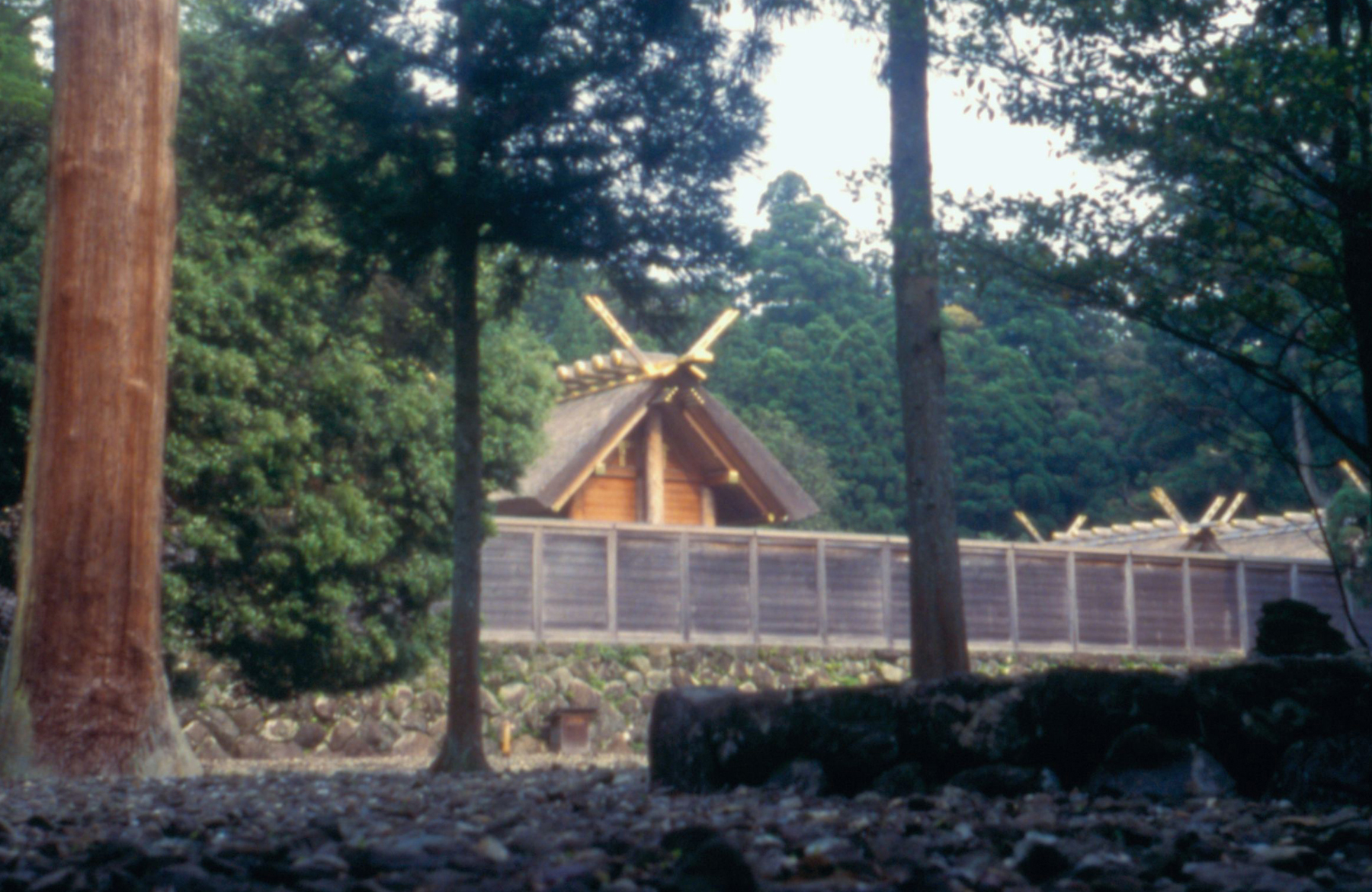 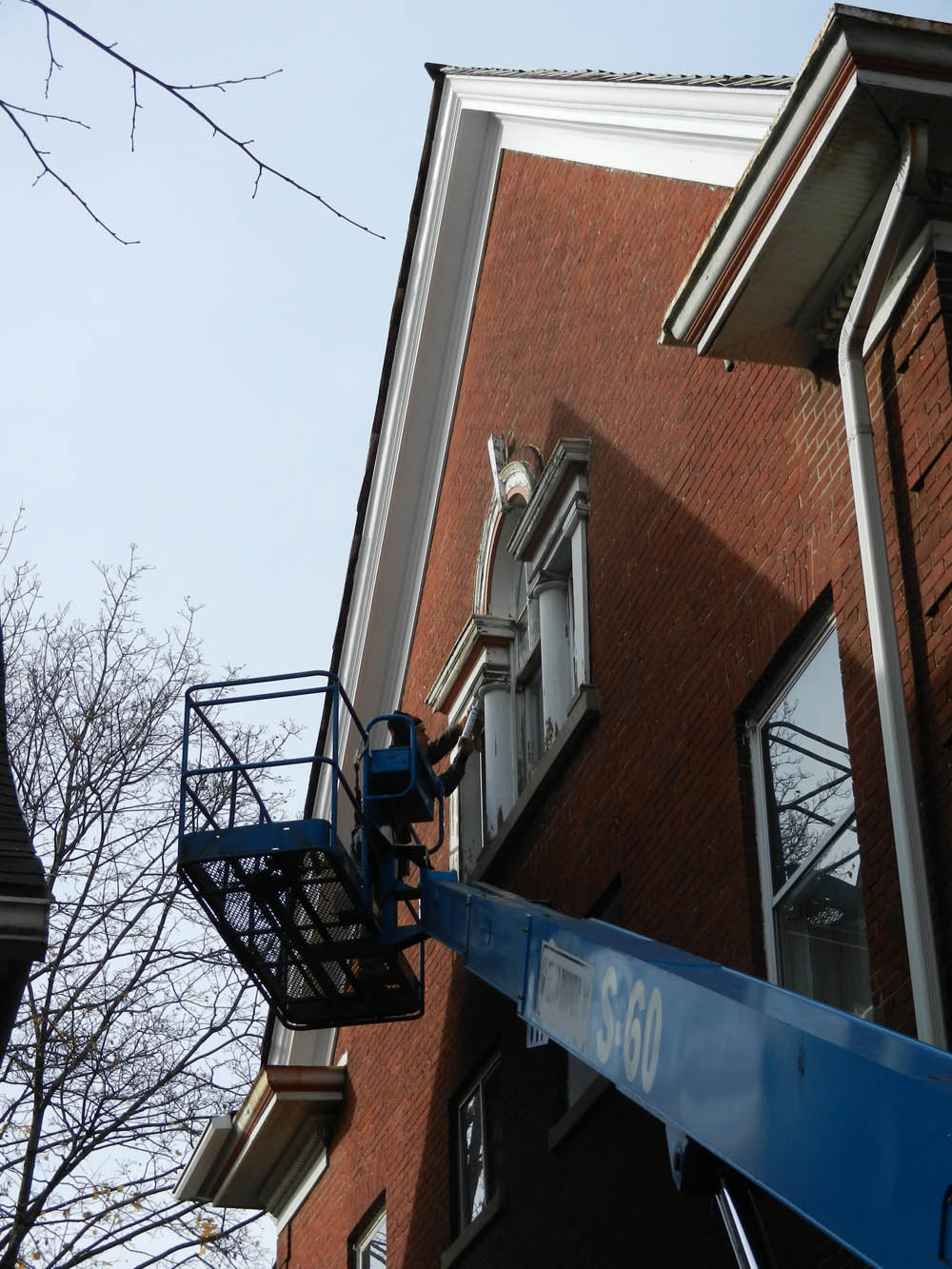 Today I visited this Japanese building completed in 1991 in Hakone Gardens in Saratoga. It is an “authentic reproduction of a 19th century Kyoto tea merchants’ house and shop.” Timbers for the building were cut with traditional tools and techniques in Japan and it was assembled in the U.S. by Japanese carpenters. No nails. It has no “age value” as fabric or material, but then again those materials have been assembled using ancient methods. 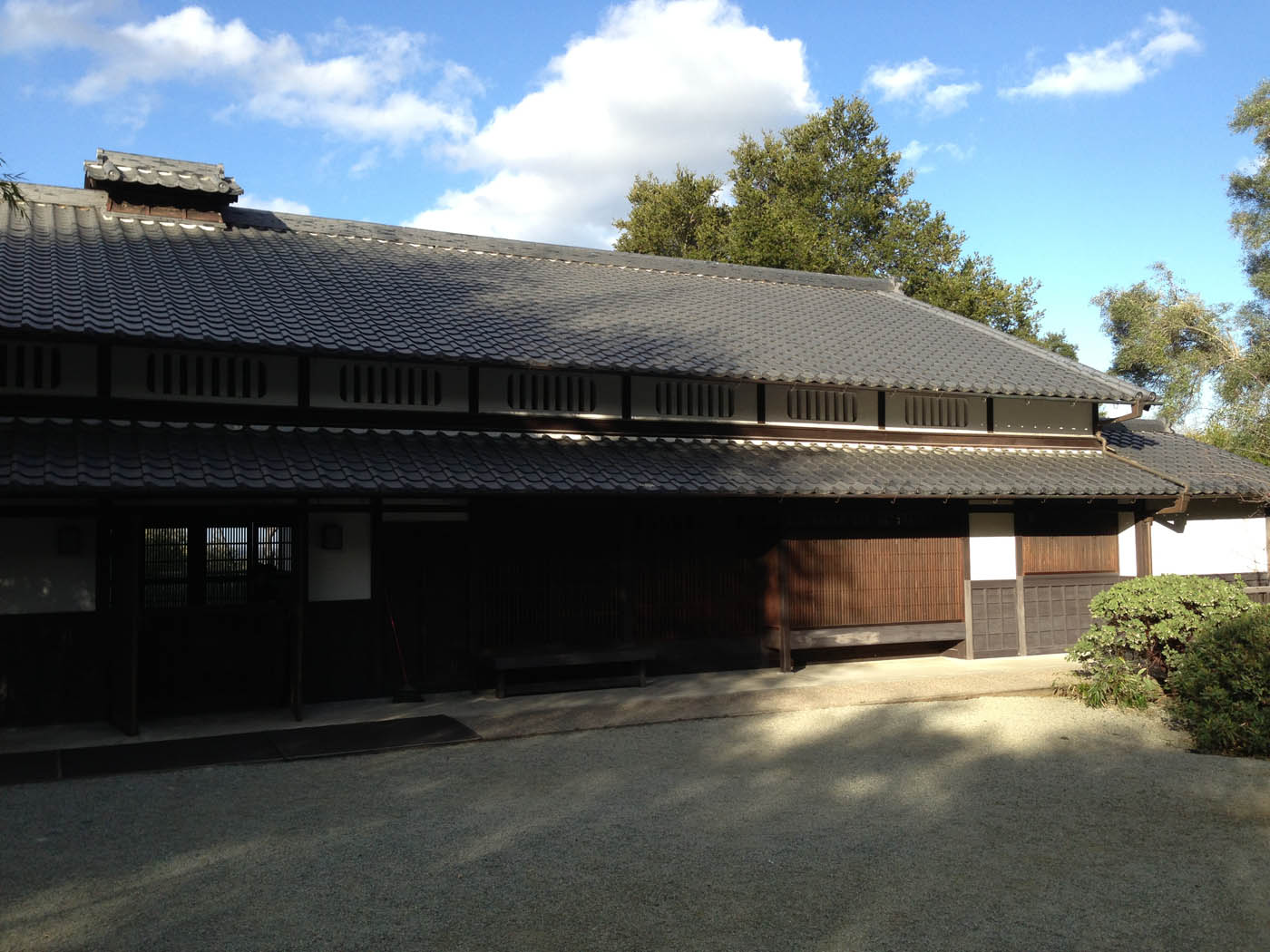 The basic cultural context issue described here is the question of authenticity. Where does authenticity reside? In the U.S. we avoided that term and used instead “integrity” because it was easier. But “integrity” also fed into our architectural bias, a bias that has both fed our fetishization of architectural authenticity and at the same time EXCLUDED many of our own minority traditions from the process of preservation. We have codified a series of treatments for architecture that, unlike the process, are not consistent across times and cultures. 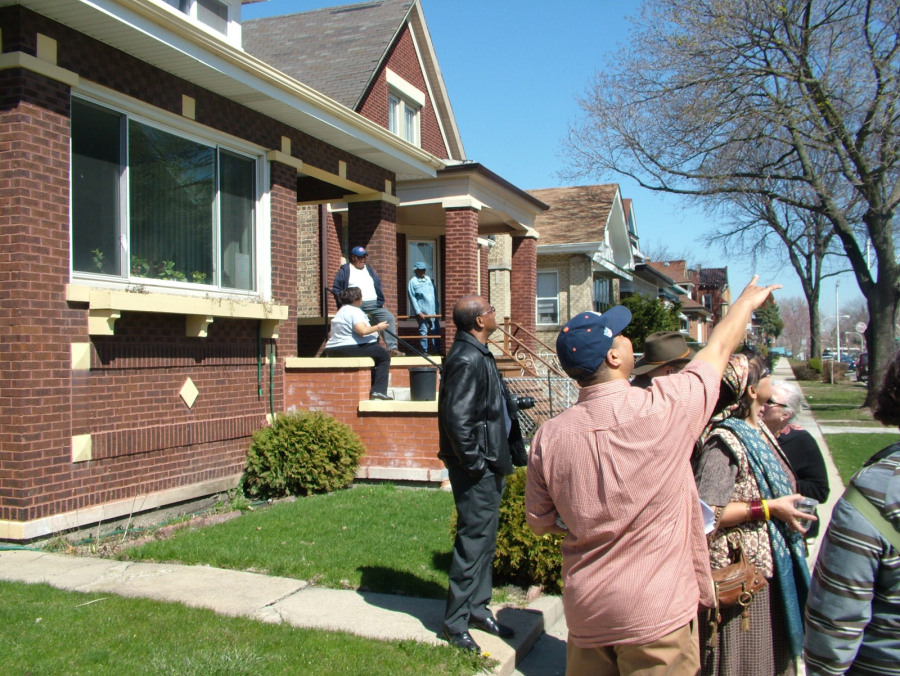 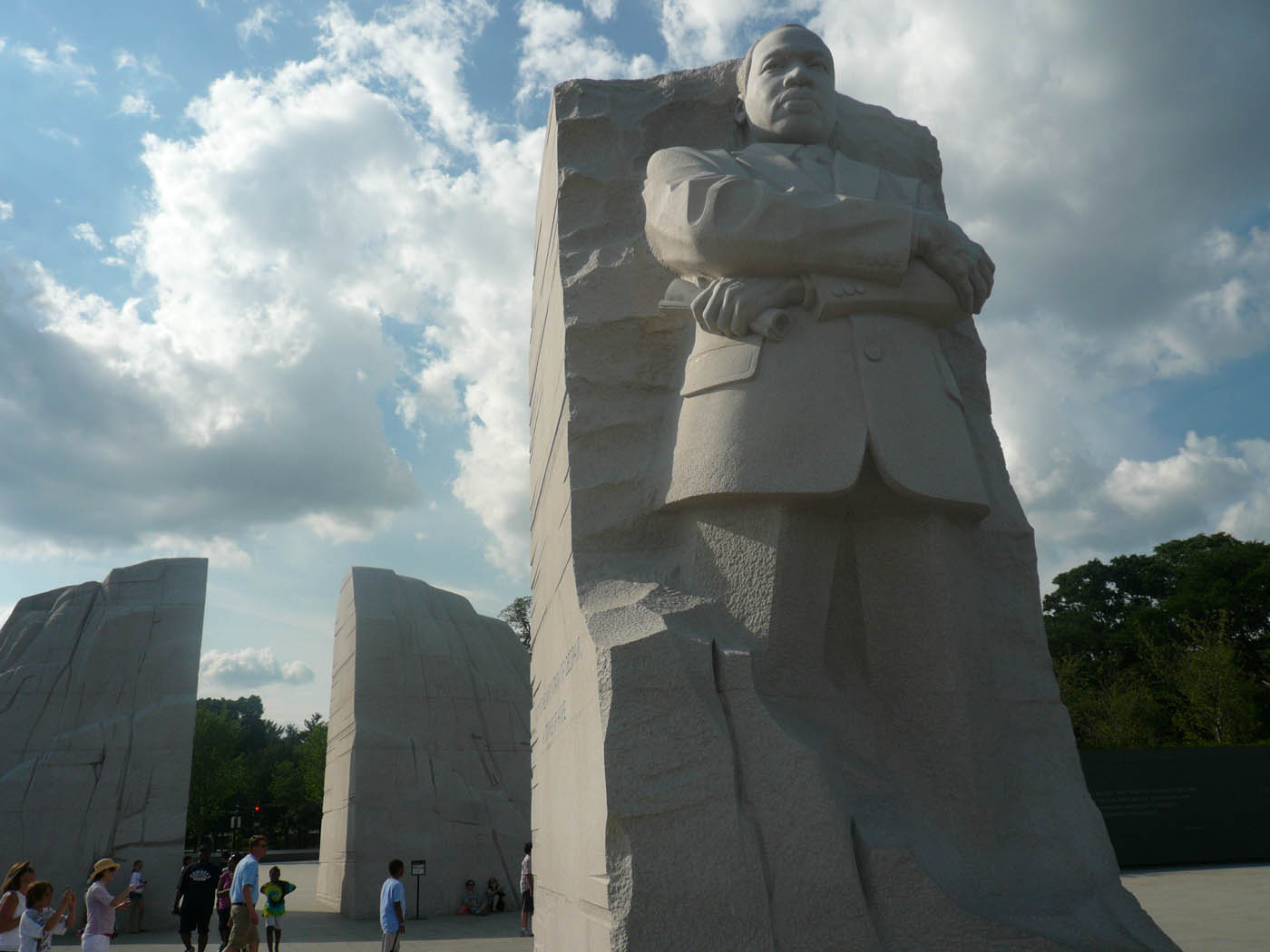 The failing we have had in the U.S. in the 46 years since the creation of the National Register of Historic Places is our tendency to focus on architectural significance. Indeed, arguably our culture has defaulted in the direction of design history, in part because it is easier to SEE and thus identify, but also in part due to our particular preservation history, which has been heavily inflected by architecture and design since the early decades of the 20th century. 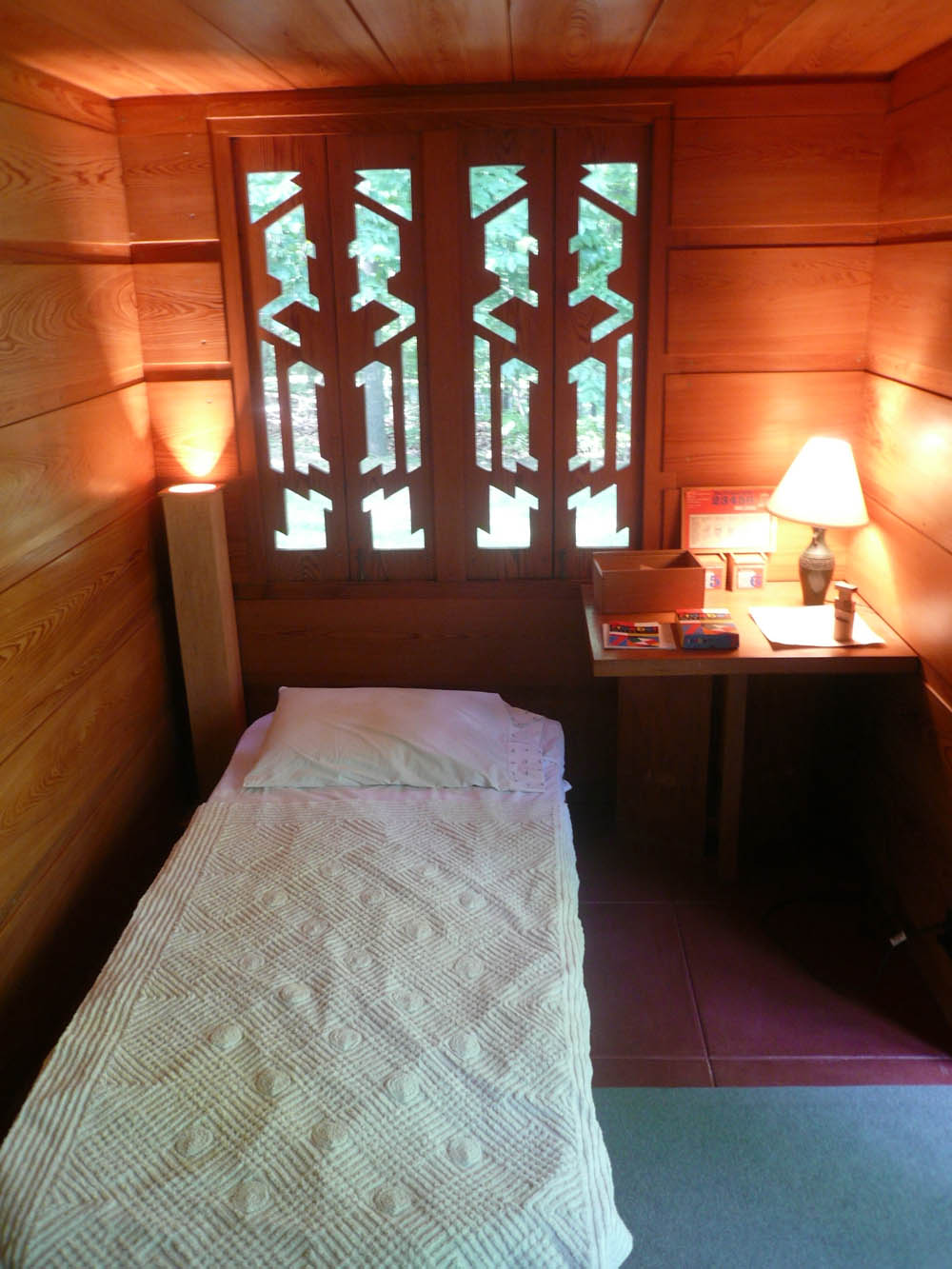 you make your bed you sleep in it

We are struggling with this issue on the Diversity Task Force at the National Trust for Historic Preservation (join here!). As Vice Chair, I have tried to bring this international perspective – that the contemporary PROCESS of cultural heritage preservation is a way to reclaim the full breadth of our historic cultures – to the Task Force’s work. The implications for outcomes are substantial: we may well call for revision of the Secretary of the Interior’s Standards for Identification, Evaluation, Registration and Treatment. More incisively, we could request that the Secretary of the Interior adopt “authenticity” instead of the less politically challenging “integrity.” One of the reasons that we have focused on architectural design in American preservation is that it is a safe harbor, a politically neutral space, and during the rise of the preservation movement in the 1960s, a call for a Civil Rights Trail as a national heritage area (which we are doing now) would have been extremely contentious. 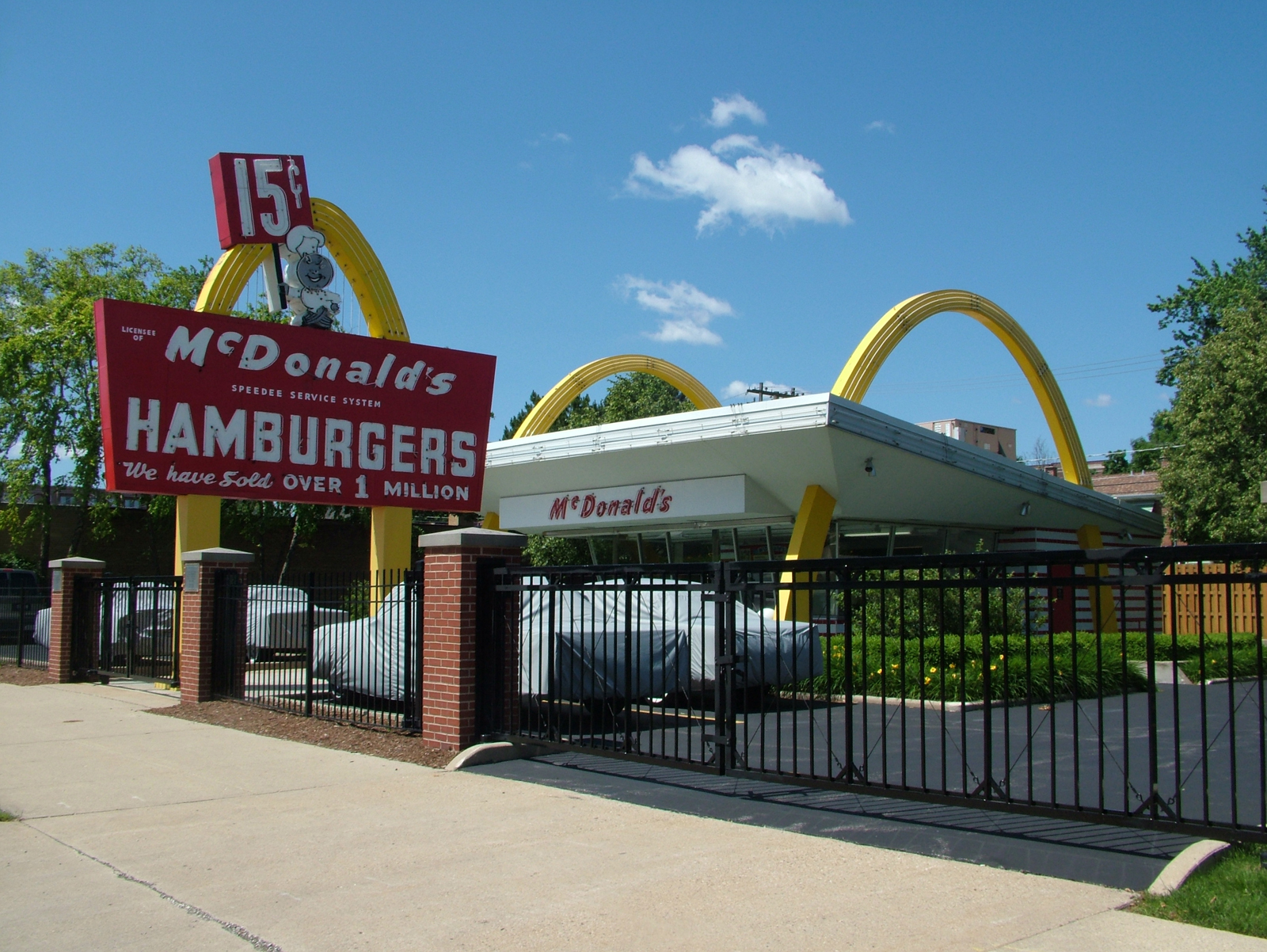 This is the first McDonald’s (the one in LA is the Ur-McDonald’s), preserving an element of shared culture. 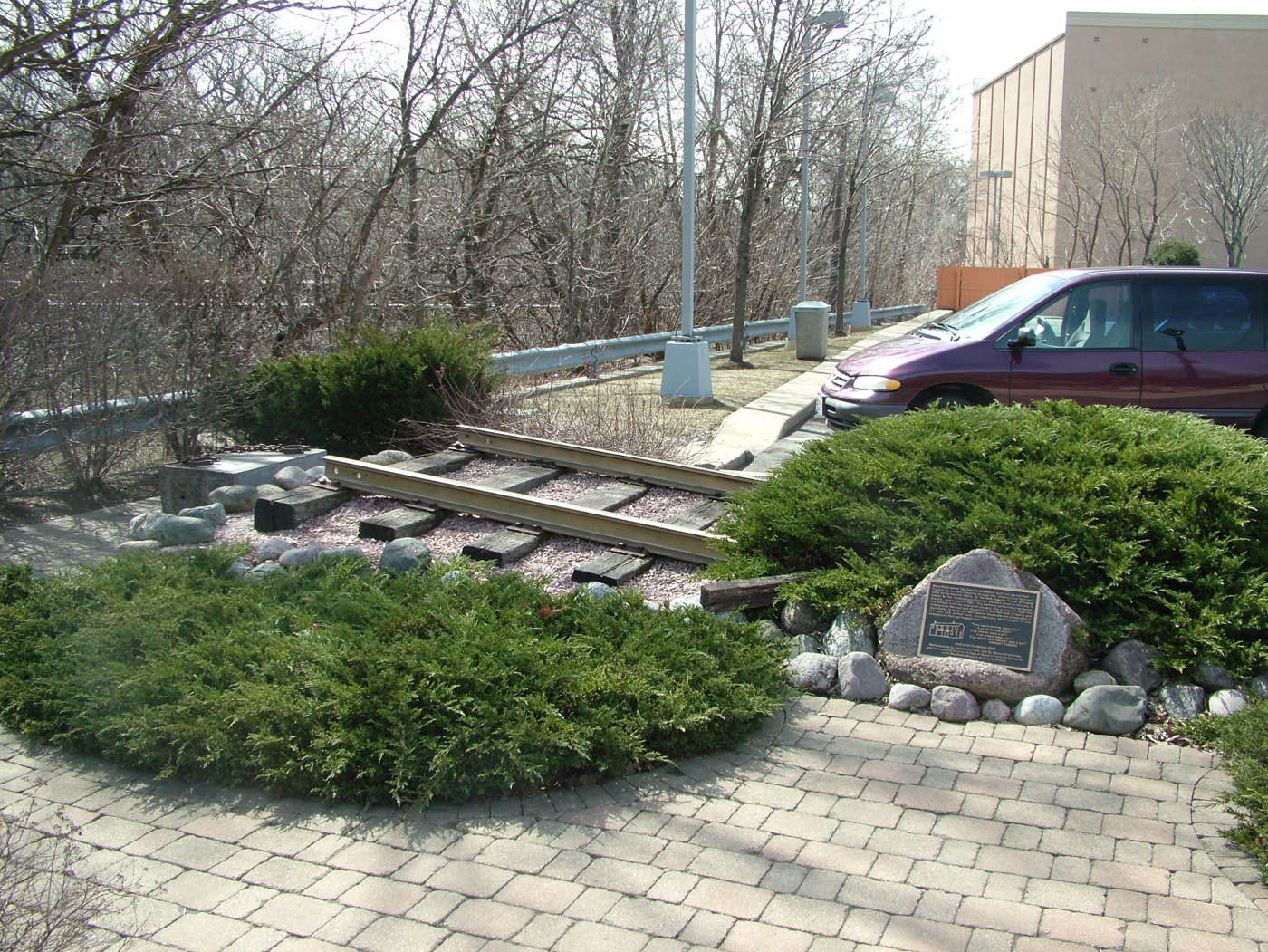 This is an installation in the parking lot of a McDonald’s in Maywood, Illinois, commemorating a long-lost station on the Underground Railroad.

The definition of fetish is the attribution of religious or mystical qualities to inanimate objects. In the western and American tradition, we tend to fetishize the object as opposed to the process. Arguably, one can fetishize the process as well, and indeed the desire to preserve is at base a desire to retain some spiritual qualities of a thing or an act. Our challenge today with our historic process of identification, evaluation, registration and treatment is to determine more precisely how this process can capture the most salient spiritual elements of our cultural inheritance. This is much more than architecture, certainly it is much more than architectural design. If these walls could talk….. 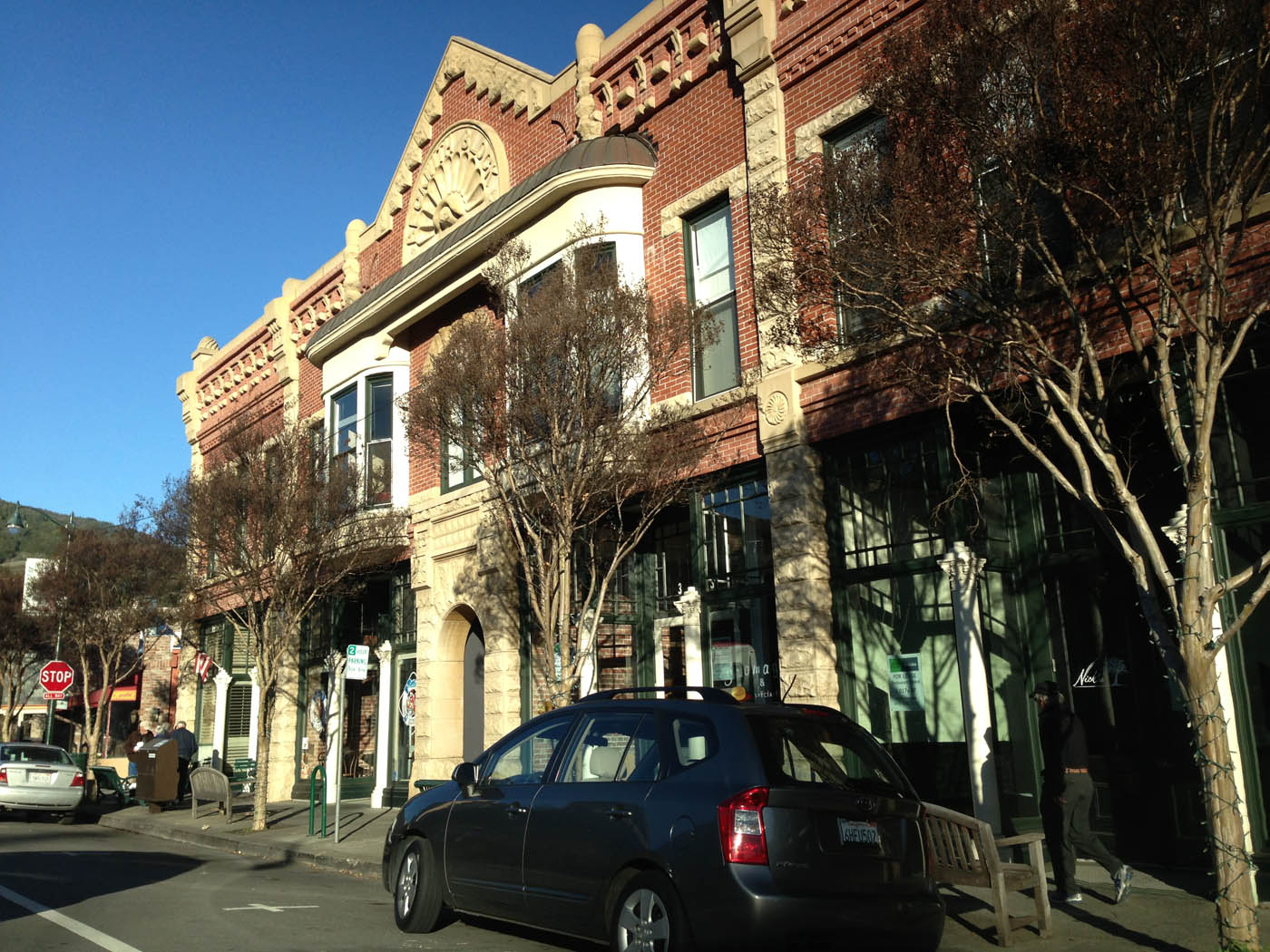 3 Responses to :
Context, Culture, and the Authenticity Fetish