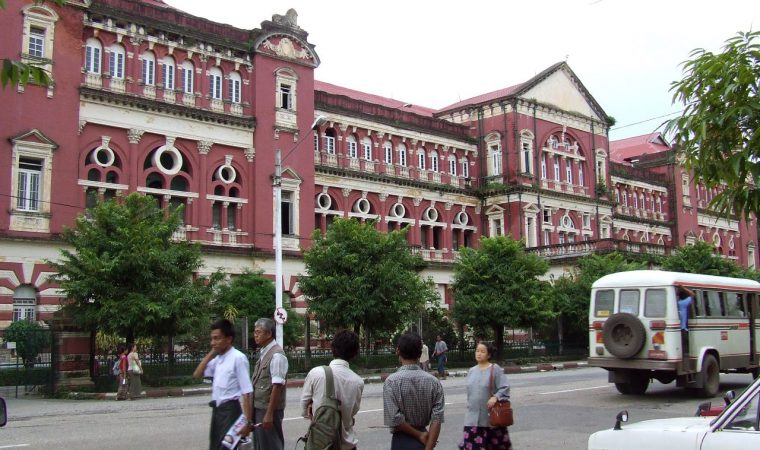 Rangoon. The Garden City of the Orient. It really was, and thanks to a half-century of neglect, it still is. Sort of like Havana, Rangoon gives you that sense of stepping back in time, before the glass skyscraper shopping centers, before Rayon and ubiquitous telephony. I rarely wax nostalgic but when I walked the streets of Rangoon in May of 1986, I fell in love with the colonial architecture.

You could feel the sense of time there. I have never been to Havana, but I have experienced the sense of time frozen in architecture in a few other places – Budapest a decade ago, Georgetown (Malaysia, not D.C.) in the 80s, even Leeds back in ’82. It is an architecture that begs for preservation but not restoration. It is messy but it is literally dripping with history; with significance. 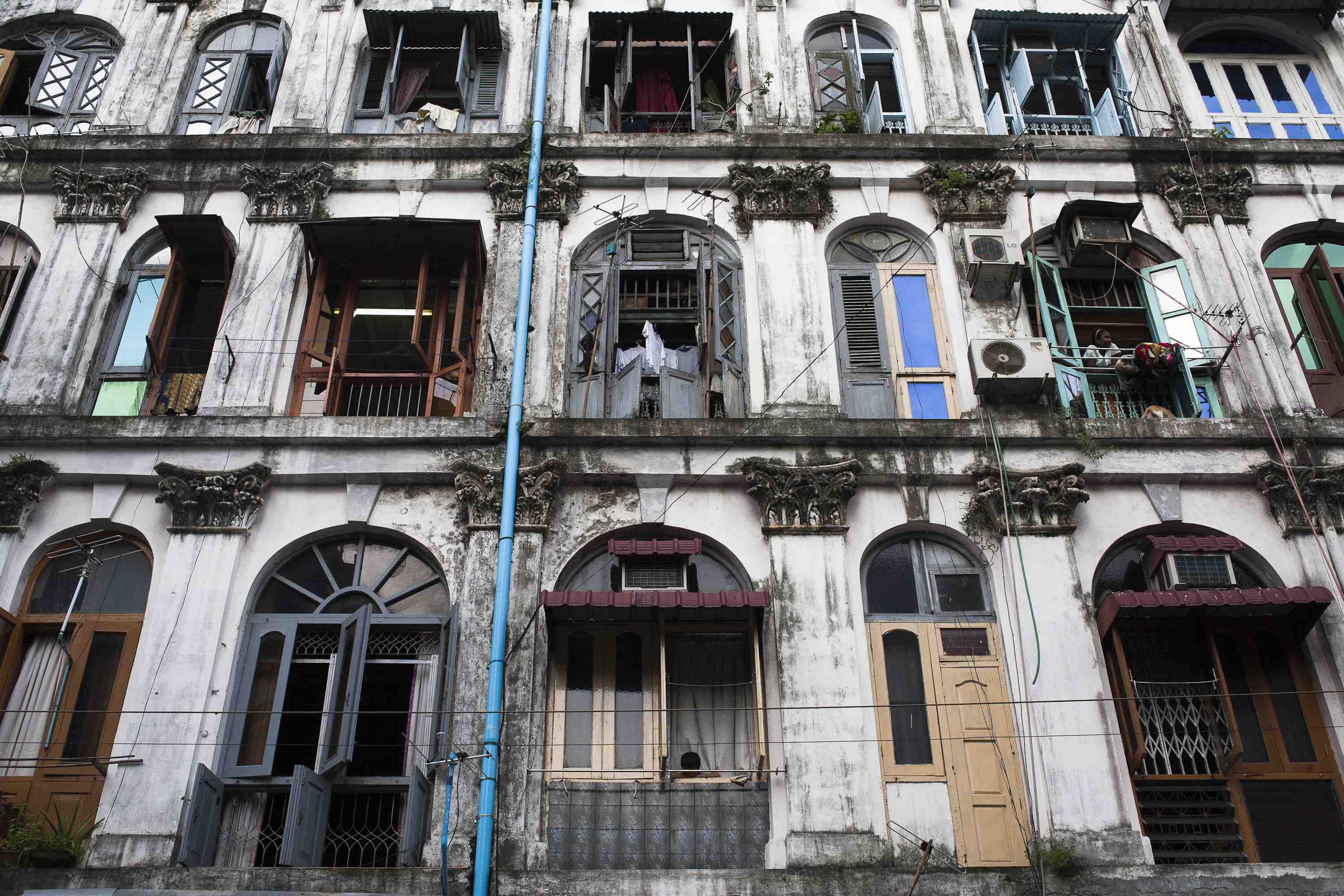 I was in Chicago last week meeting with Thant Myint-U, an historian, author and leader in both the preservation movement in Burma as well as its peace process and emergent democracy. Global Heritage Fund is working with Yangon Heritage Trust because like YHT, we see conservation of architectural heritage as a vital social and economic development tool.

Thant is considered one of the 100 Leading Global Thinkers by Foreign Policy Magazine and I think it is significant that he thinks so much about preservation. 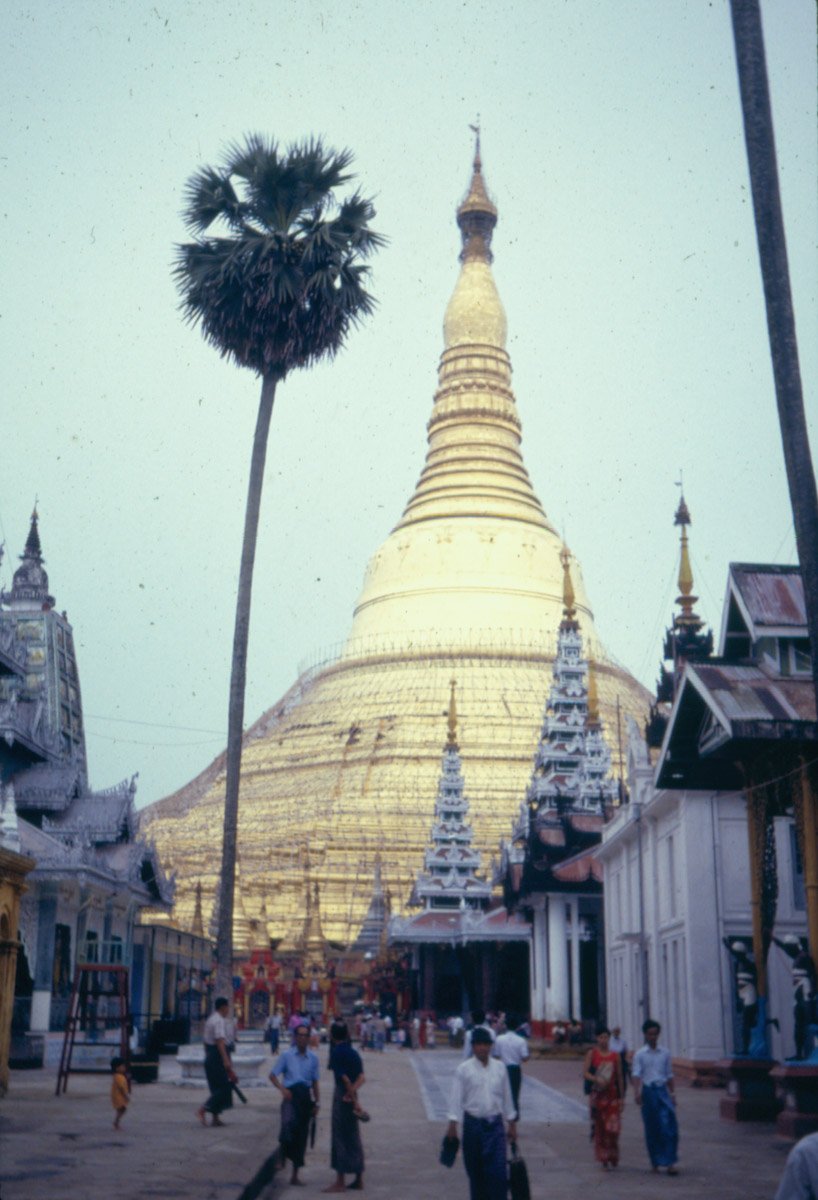 This is my photo of the great Shwedagon Pagoda, 1986.

For a couple of years now, there has been a rush to Rangoon, which sits neatly between the great South Asian cultural sphere of India and the great East Asian cultural sphere that includes China and Japan. The rush is prompted by openness, trade, and of course that time-capsule city that is just dying for redevelopment in the time-honored manner of all Asian cities…. 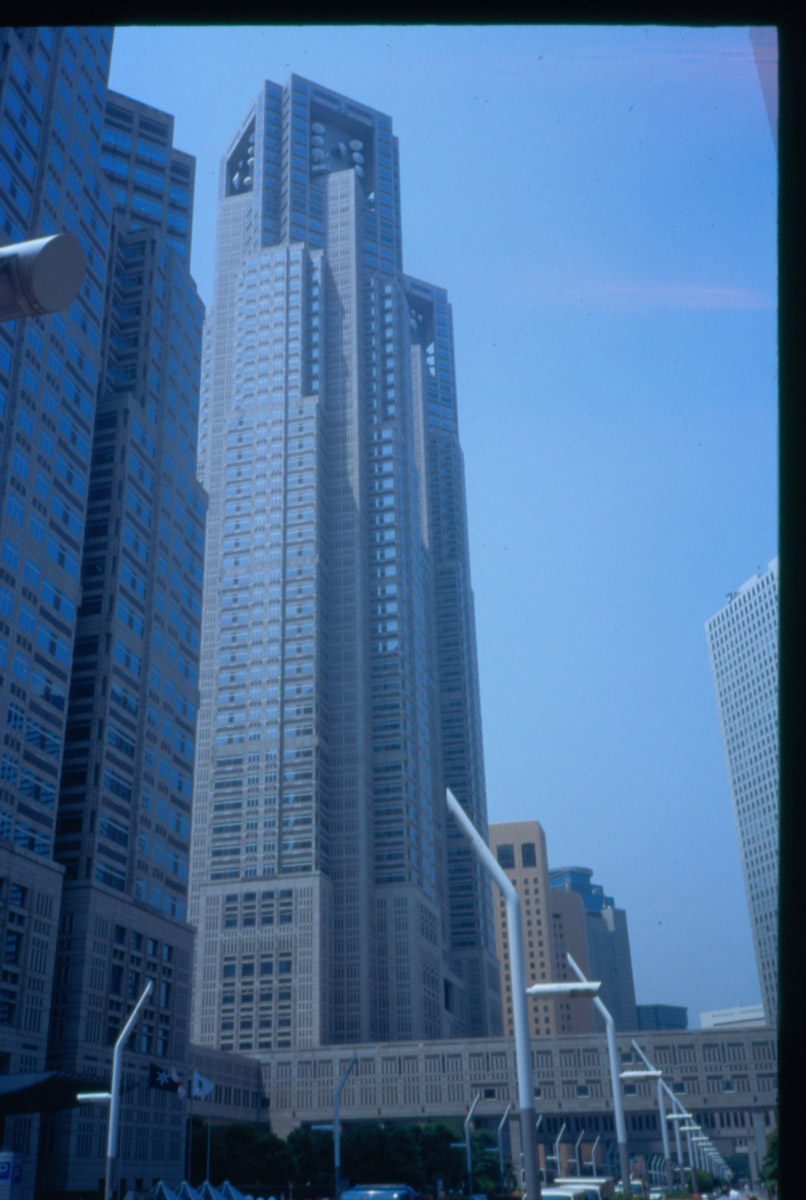 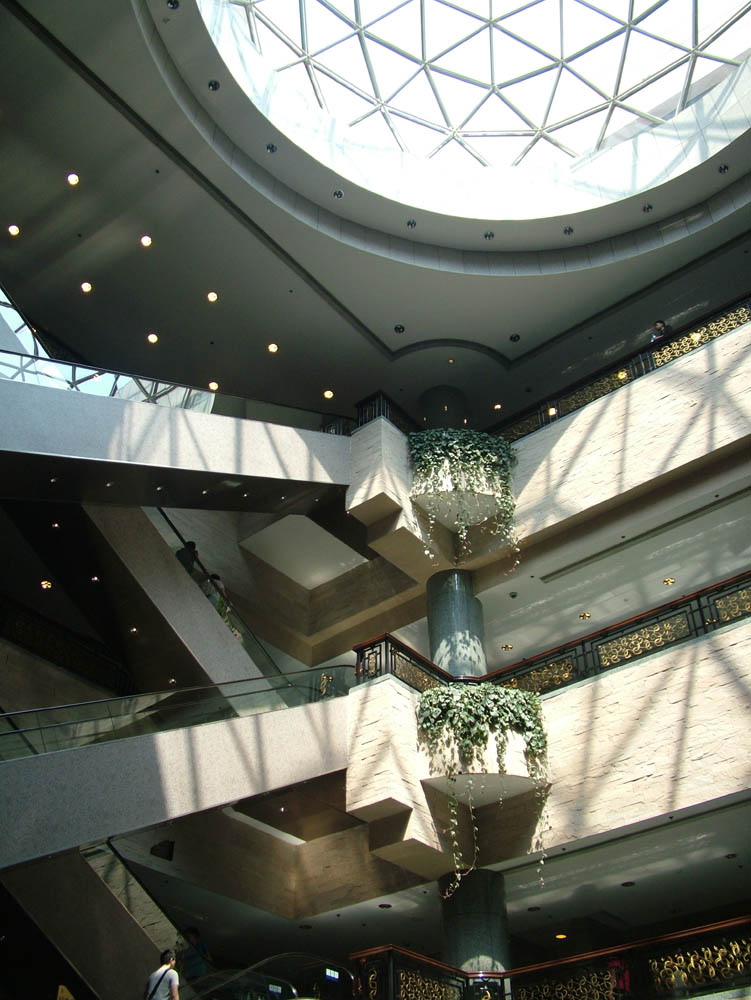 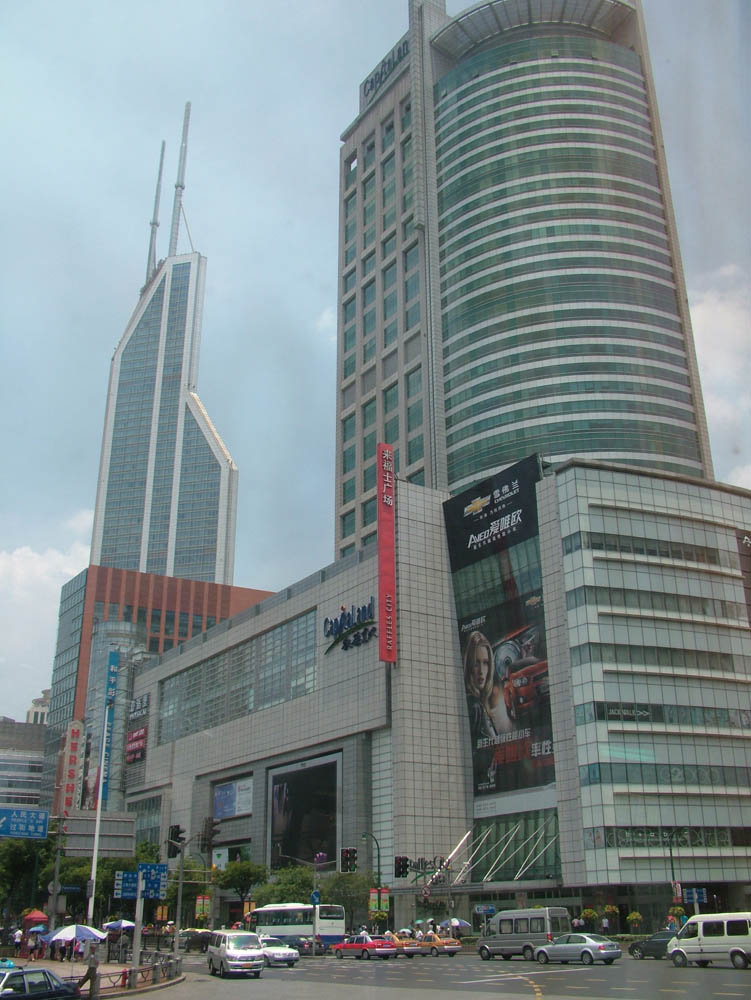 So Thant sees a rare opportunity to preserve the best of the old – and the garden city feel crafted by the original designers and NOT LOST due to the depredations of mid-century highway engineers – while allowing Rangoon to evolve into the 21st century. Almost every other such opportunity in Asia has been lost. 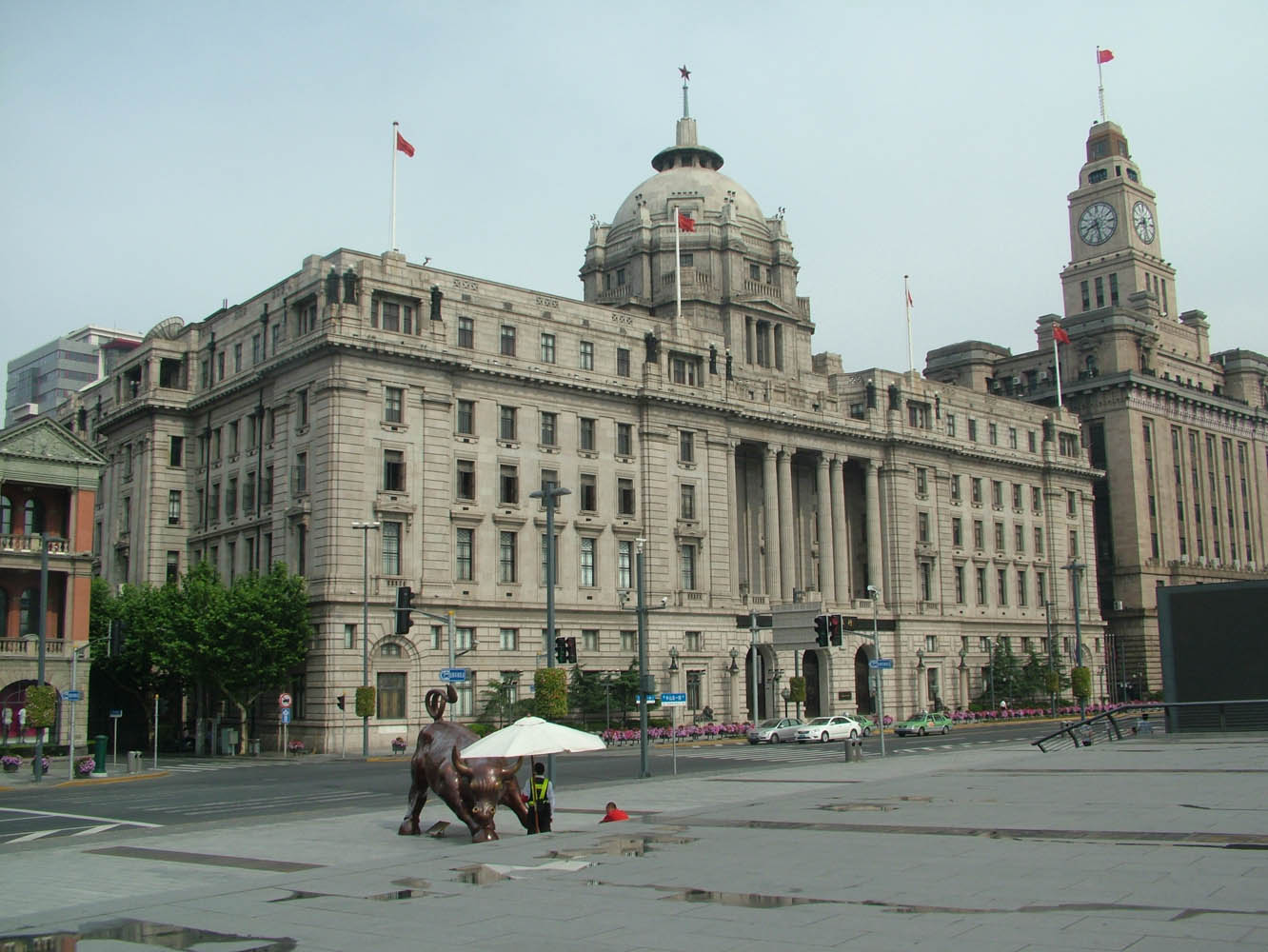 Except the Bund, although it is dwarfed by the rest of Shanghai and outsmarted nightly by Pudong across the river.

Shortly after visiting Rangoon in 1986 I went to Singapore, and while it is cleaner and safer than anywhere in the U.S., my impression was: The alien shopping centers have landed and they are having a sale. Not warm and fuzzy. Not special character.

Rangoon is the last best hope for crafting a modern Asian city that respects not only a few odd landmarks, but an urban landscape, a balance of then and now, a place made humane by the urban patina of these buildings. 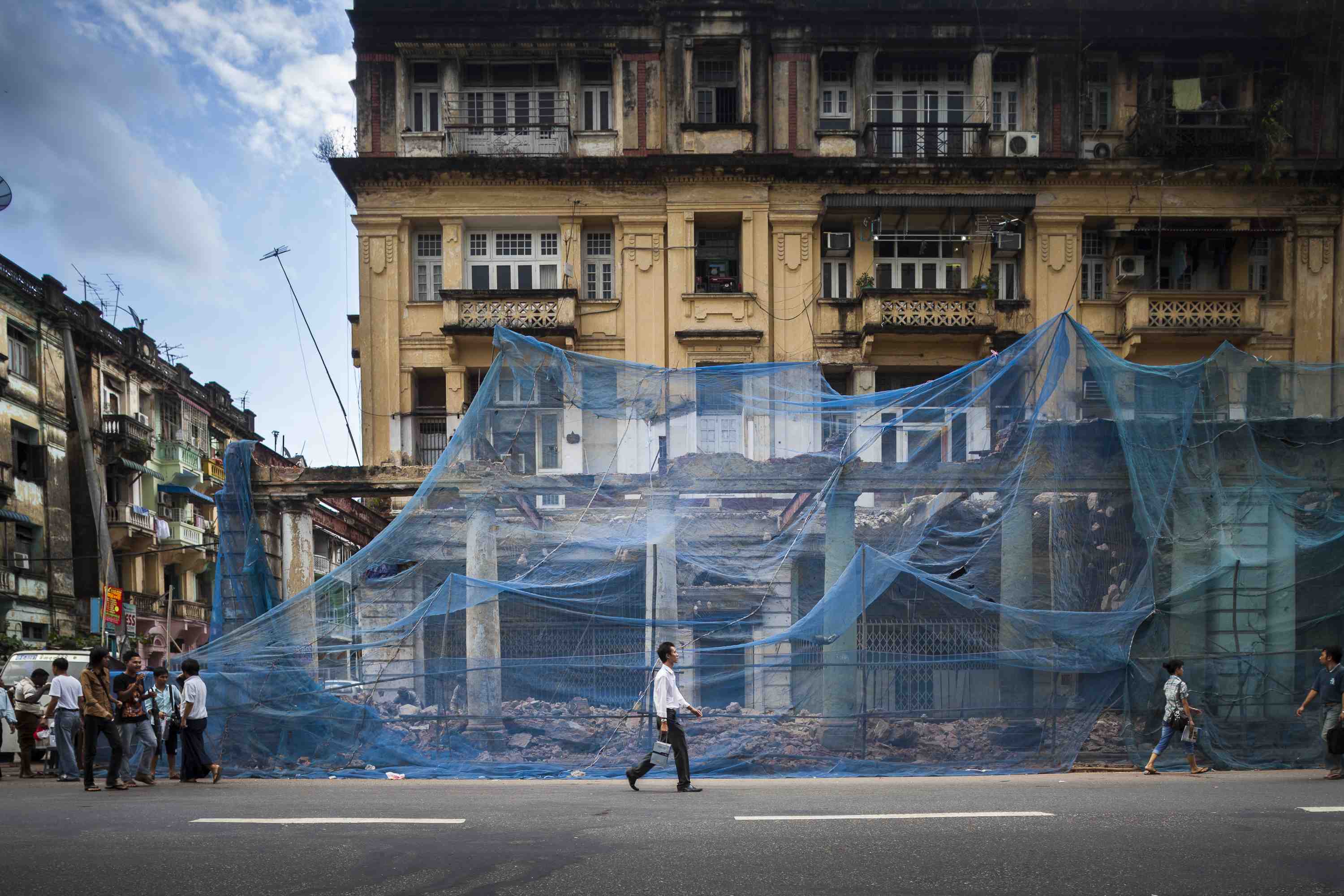 There are challenges – sorting out the ownership and tenancy rights, and these are primary in Thant’s mission, which seeks to secure a conservation NOT reliant on gentrification. That is a tall order, but in every important sense, he is up to that challenge and I will work to make Global Heritage Fund a partner in that effort.

Another challenge lies in the naysayers. I heard it more than once – why would the Burmese want to preserve the colonial architecture built by the British who literally conquered the country? 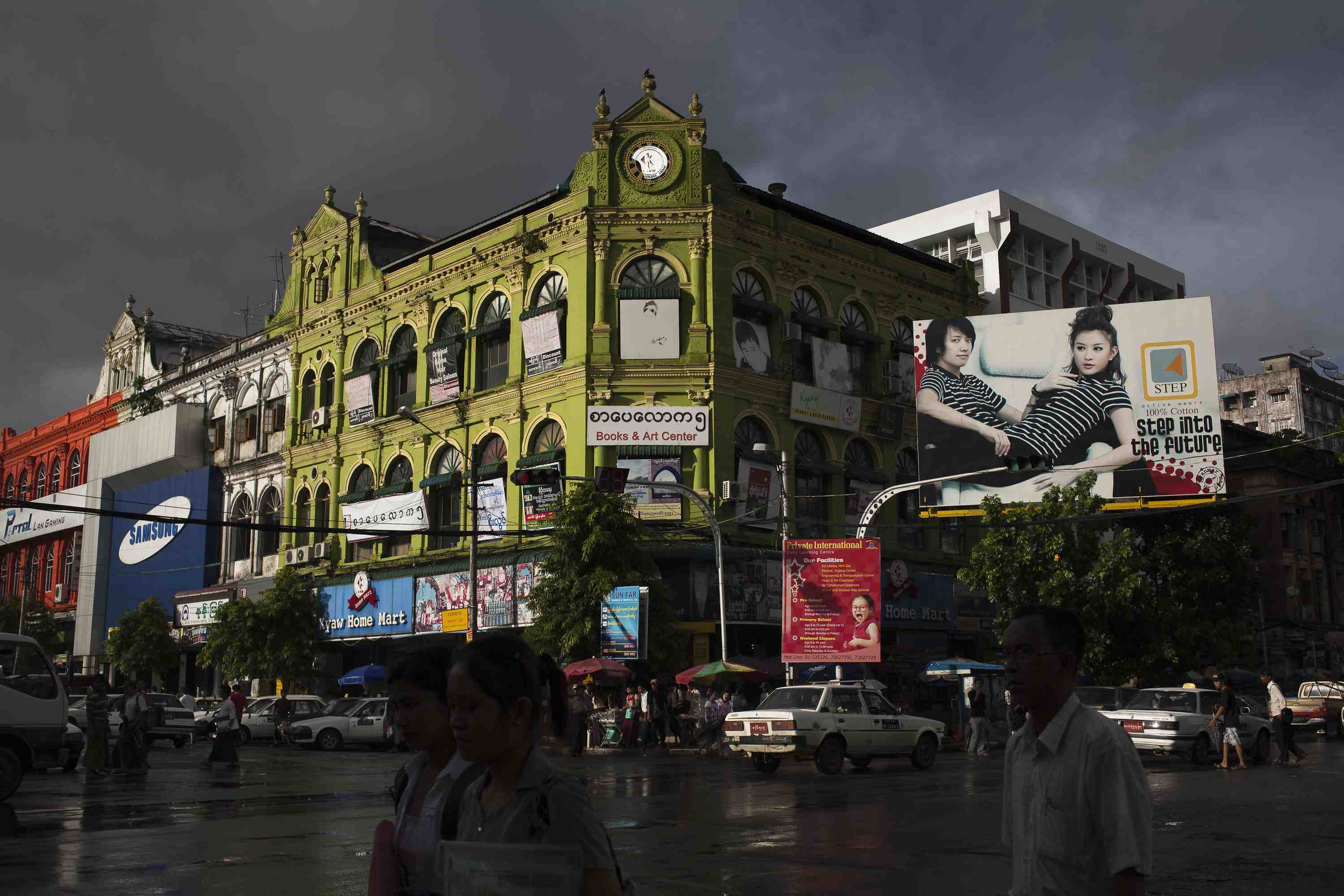 This is a common slam against preservation, and it ranks up there with the other fallacies used as excuses by those who find preservation HARD.

Fallacy Problem One: This assumes that the oppressed peoples IDENTIFY that architecture with oppression. They might. They might not. First thing you should do is ask them. Thant has and is acting on the answer.

Fallacy Problem Two: The architecture of oppression can become the people’s architecture in no time at all. Here is a palace of a despotic ruler: 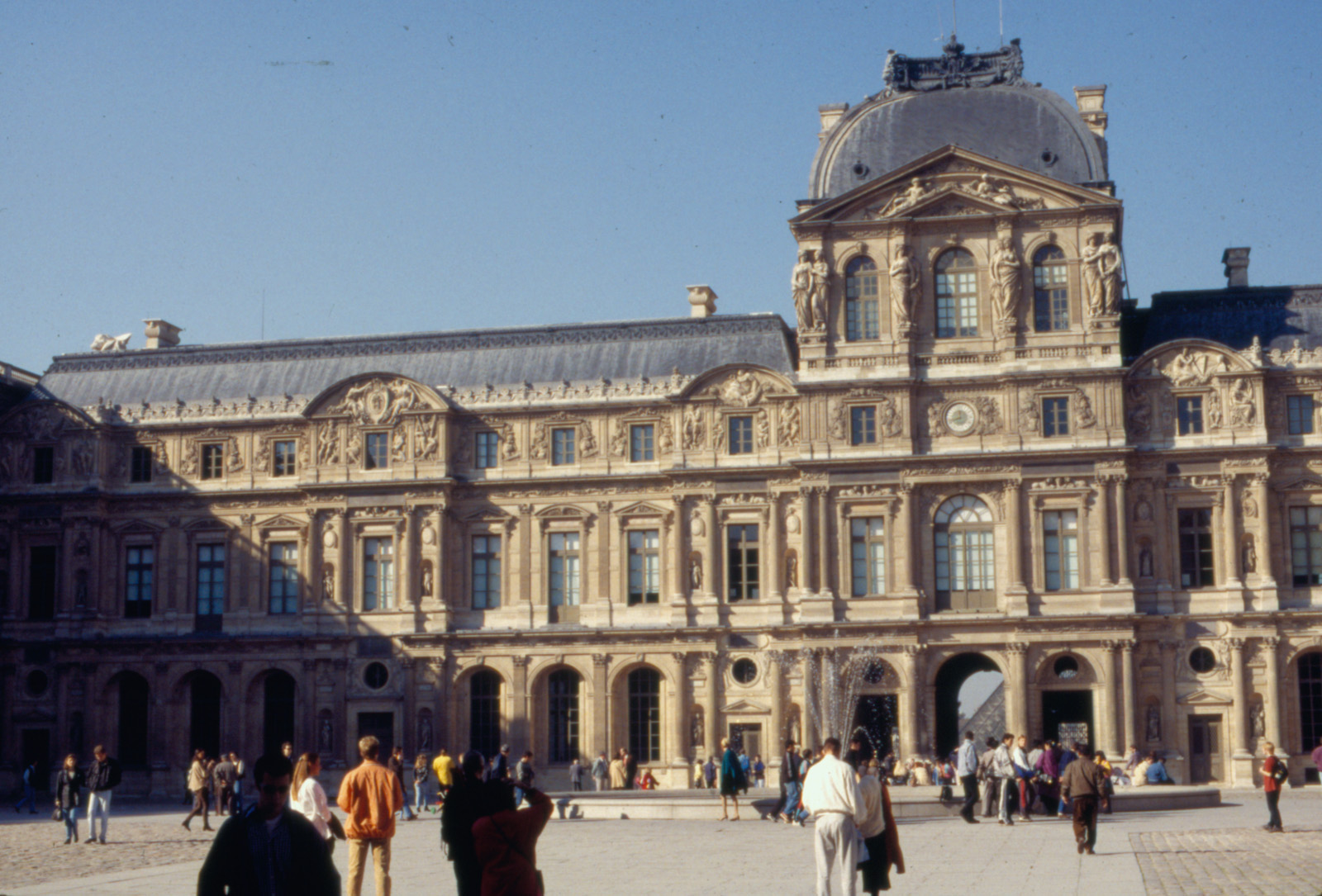 Except they chopped his head off and opened the building to the public as the WORLD’S FIRST MUSEUM causing, well, museums.

Here is a palace of 600 years of despotic rulers: 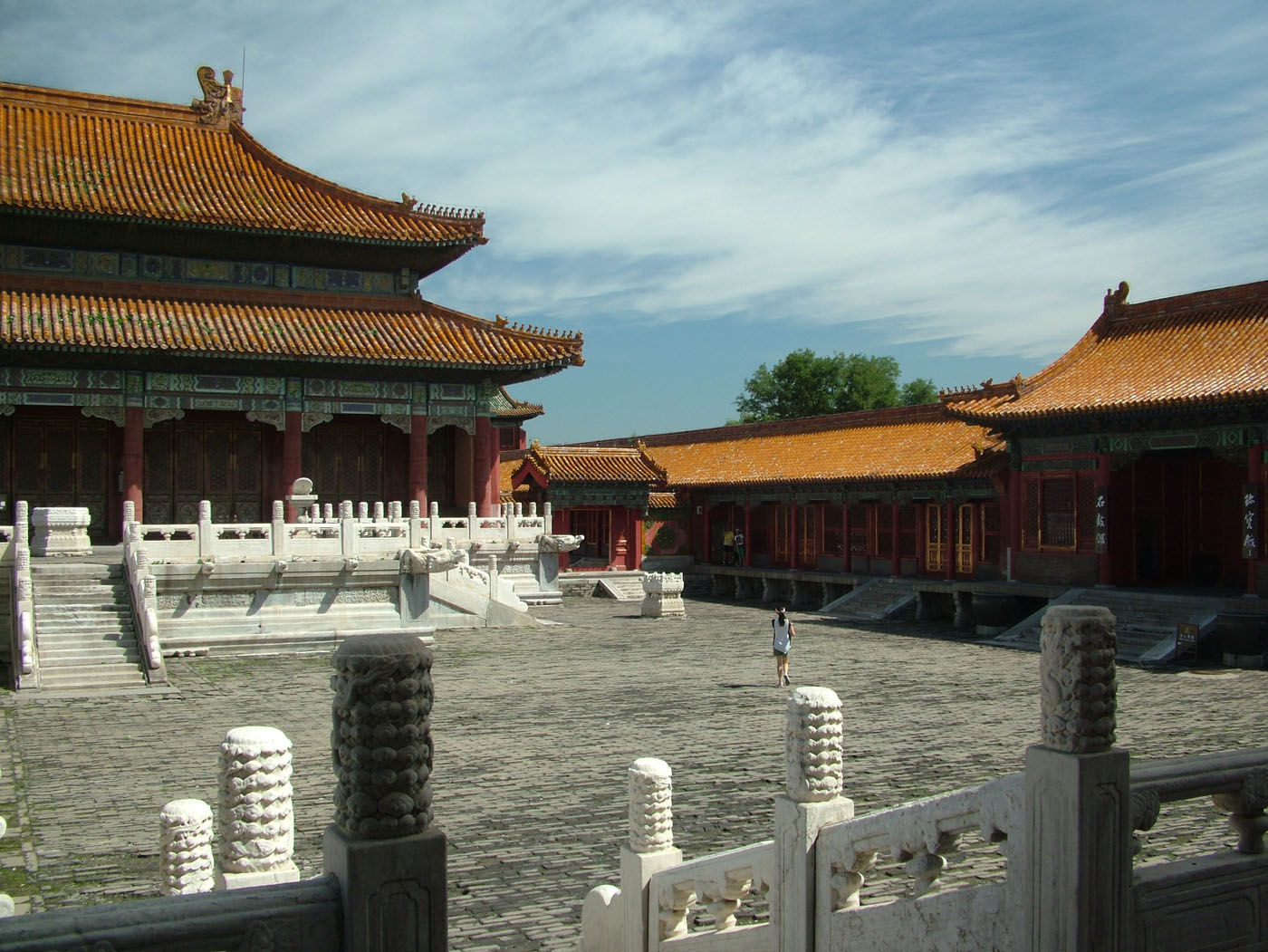 So when radical Communists took over the country they demolished it, right? Um, no, they made it into a public museum and tourist attraction.

Here is what every NEW building in Vietnam, Cambodia and Laos looks like: 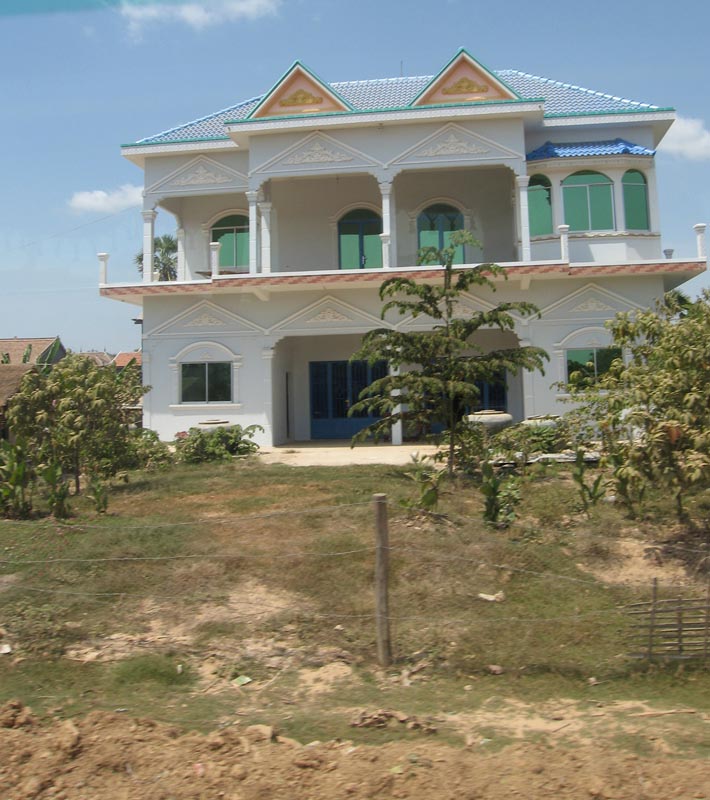 It’s French. You want to show off your newly minted middle-class status, you build a house in the style of the colonial powers. Short answer: Don’t assume what the architecture symbolizes to people until THEY TELL YOU.

Fallacy Problem Three: The embedded notion here is that people just want to get ahead and you and your fancy-pants aesthetic snobbery are preventing them from their unencumbered march into prosperity.

We don’t consider zoning or financing impediments but maybe we should, because they can shut down a development project COMPLETELY. An old building CAN’T DO THAT. The worst it can do is change the FORM of the development project.

Why is that so HARD? Maybe Yangon Heritage Trust will prove that is isn’t. 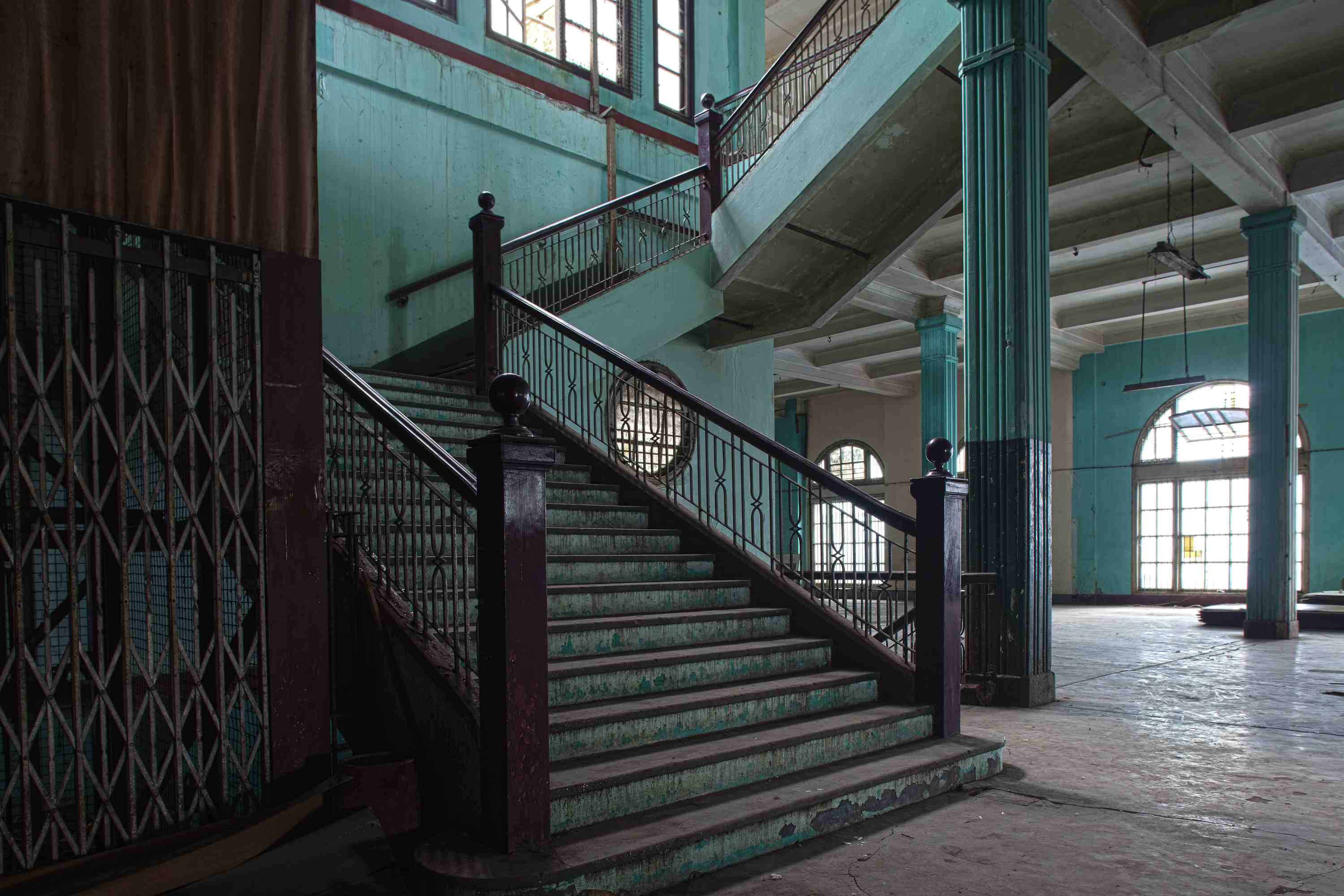