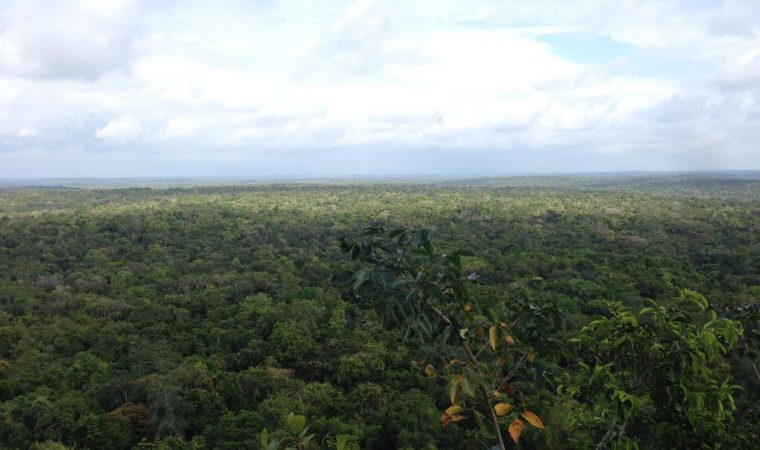 I finally had the opportunity to visit El Mirador, the longest-running Global Heritage Fund project in Guatemala. The preClassic Maya site lies in the Peten region at the northern edge of the country, in the heart of a surviving rain forest. Howler monkeys greeted our arrival by helicopter.

This is the Kan (snake) kingdom of the Maya, a series of cities and ceremonial sites that represented the most advanced civilization in North America two thousand years ago. Today many of these sites are part of the Mayan Biosphere Preserve. We are conserving BOTH culture and nature here, which is important, because you see the deforestation in the area around the park and it is disheartening. 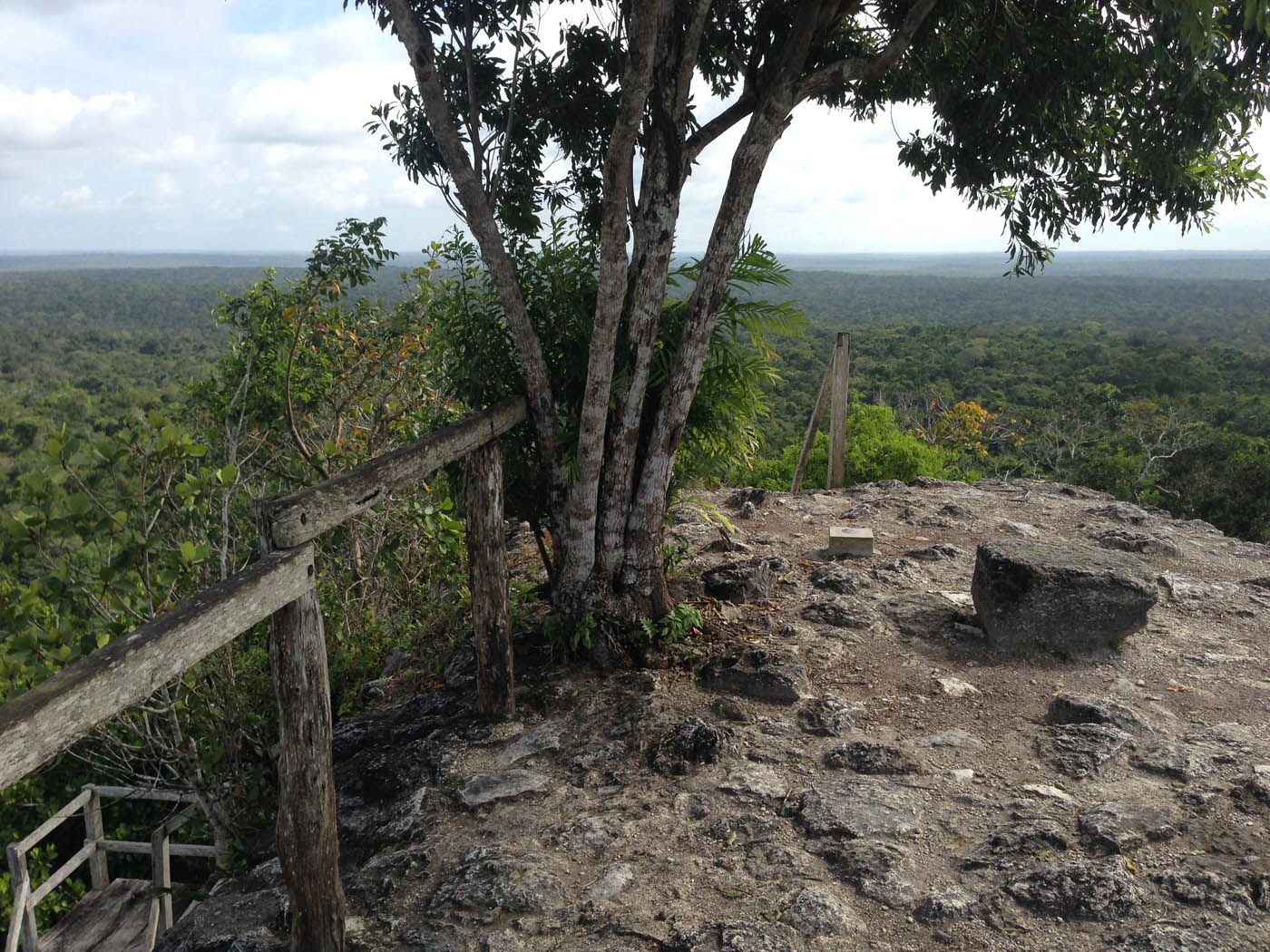 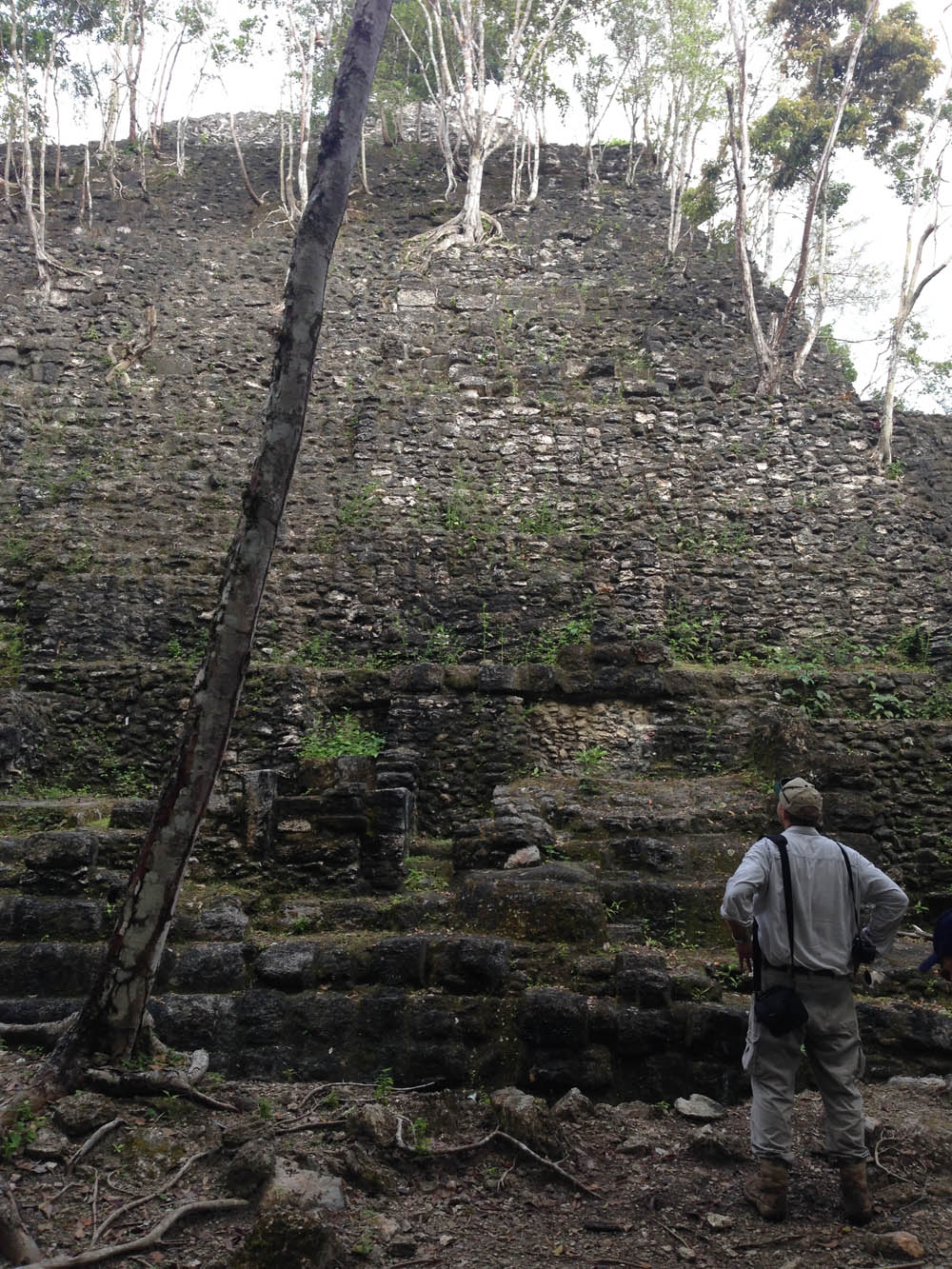 Dr. Richard Hansen, who has been working with GHF for almost a decade, looking up La Danta

As I said in a blog not too long ago, we are seeing a confluence of heritage and natural area conservation. Not only does World Heritage recognize both (and “mixed” sites) but many of our projects are both national parks or preserves and cultural heritage sites, like Ciudad Perdida in Colombia and El Mirador. Saving the heritage helps save the rainforest. 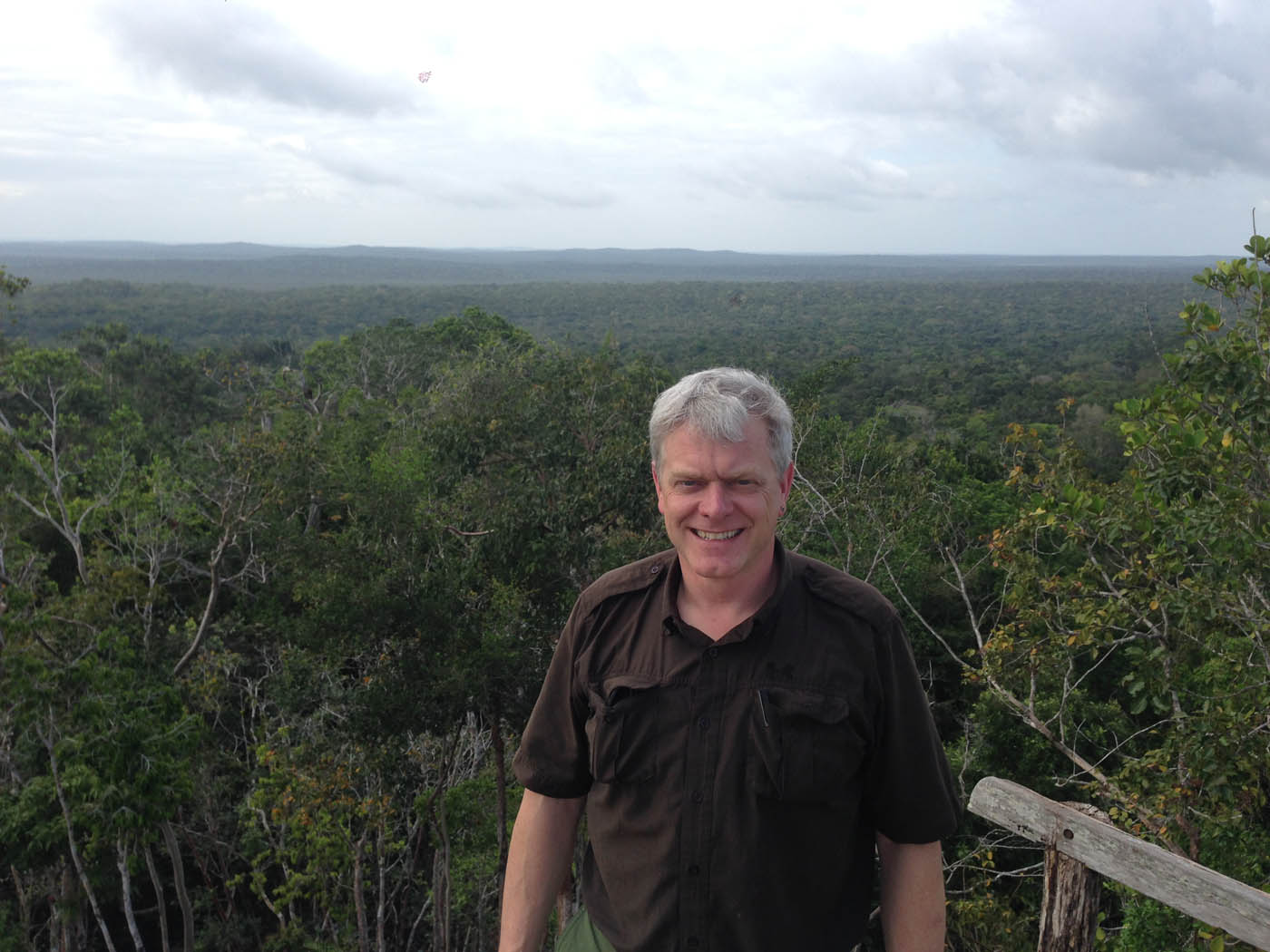 Me on La Danta

At the same time, conservation of excavated temples and artifacts is made more difficult by the rainforest. One of our principal efforts in 2013 was to construct this shelter over the famous Popul Vuh plaster relief mural. This will help conserve this fantastic ancient artwork. 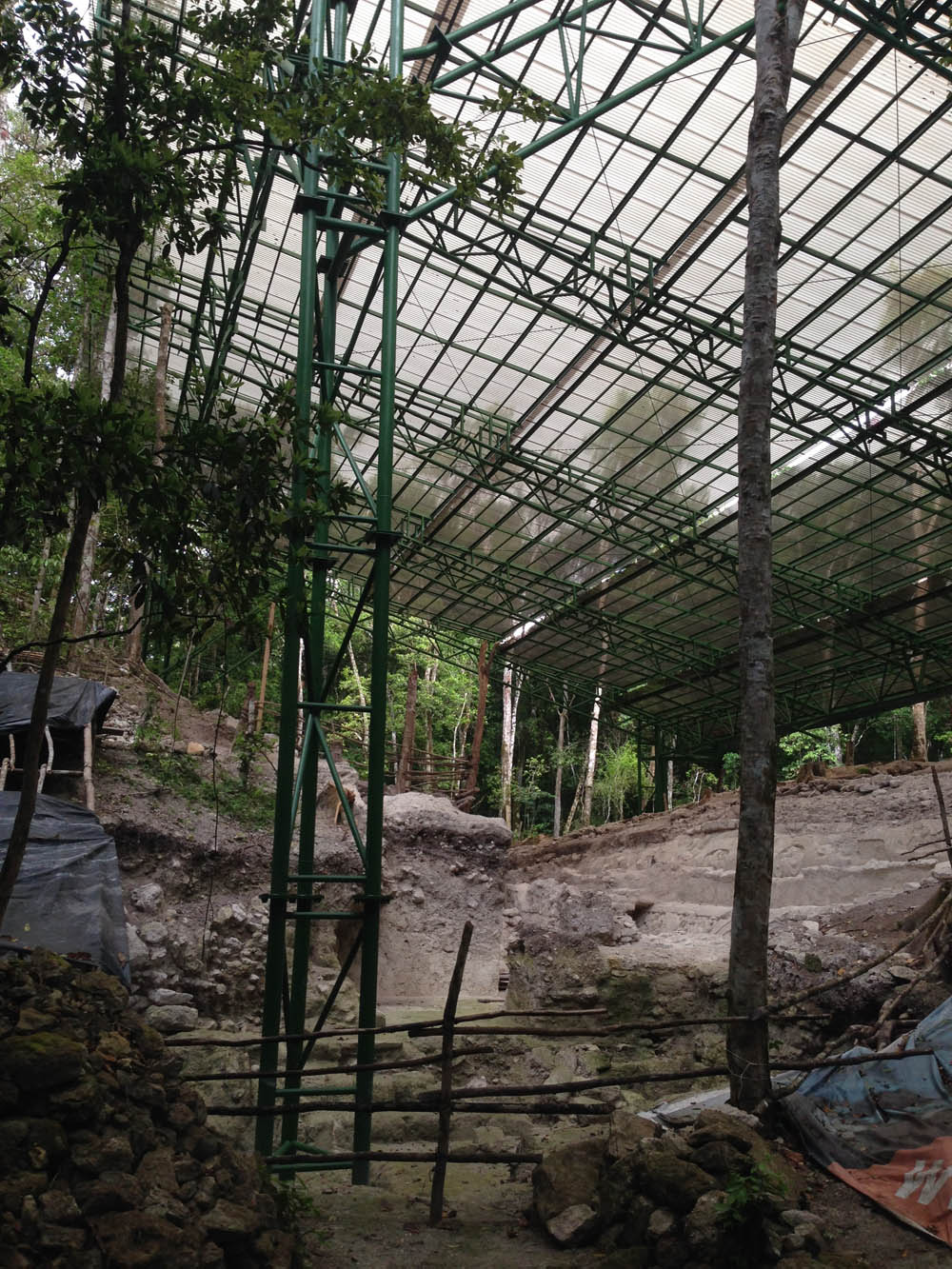 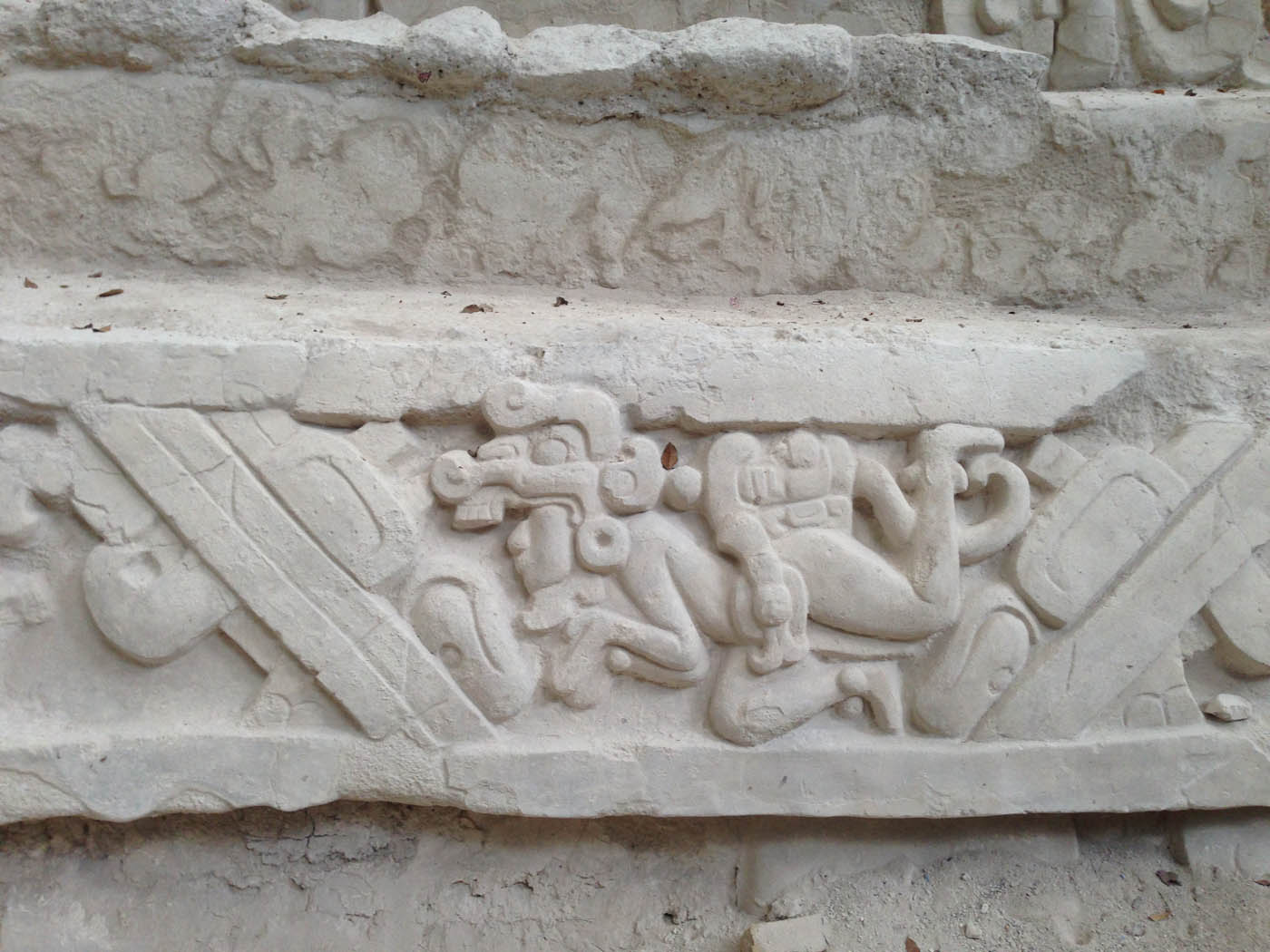 This is Hunahpu, one of the hero twins of the Popul Vuh, he is carrying the head of his father after defeating the bad guys in the ball game 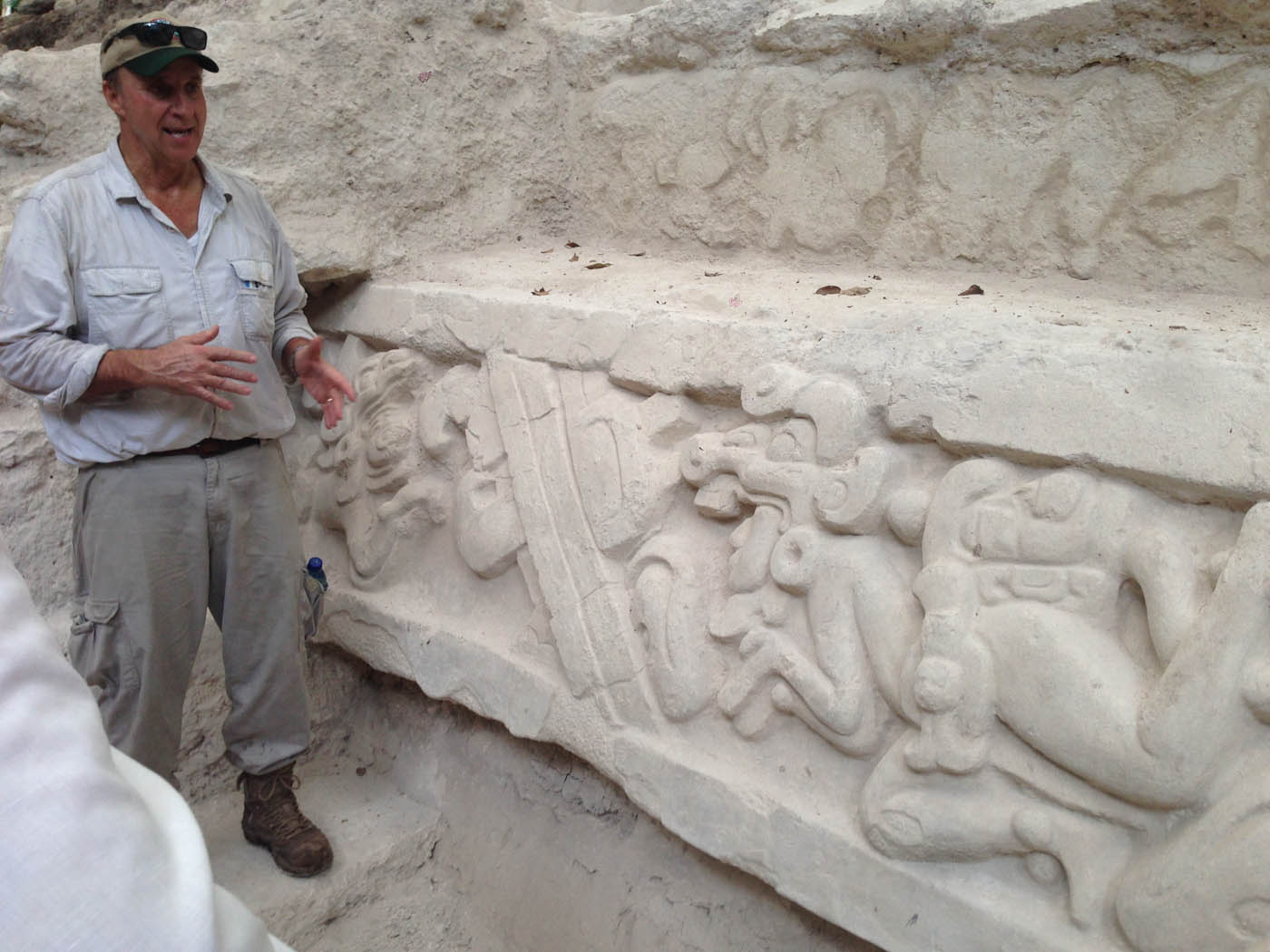 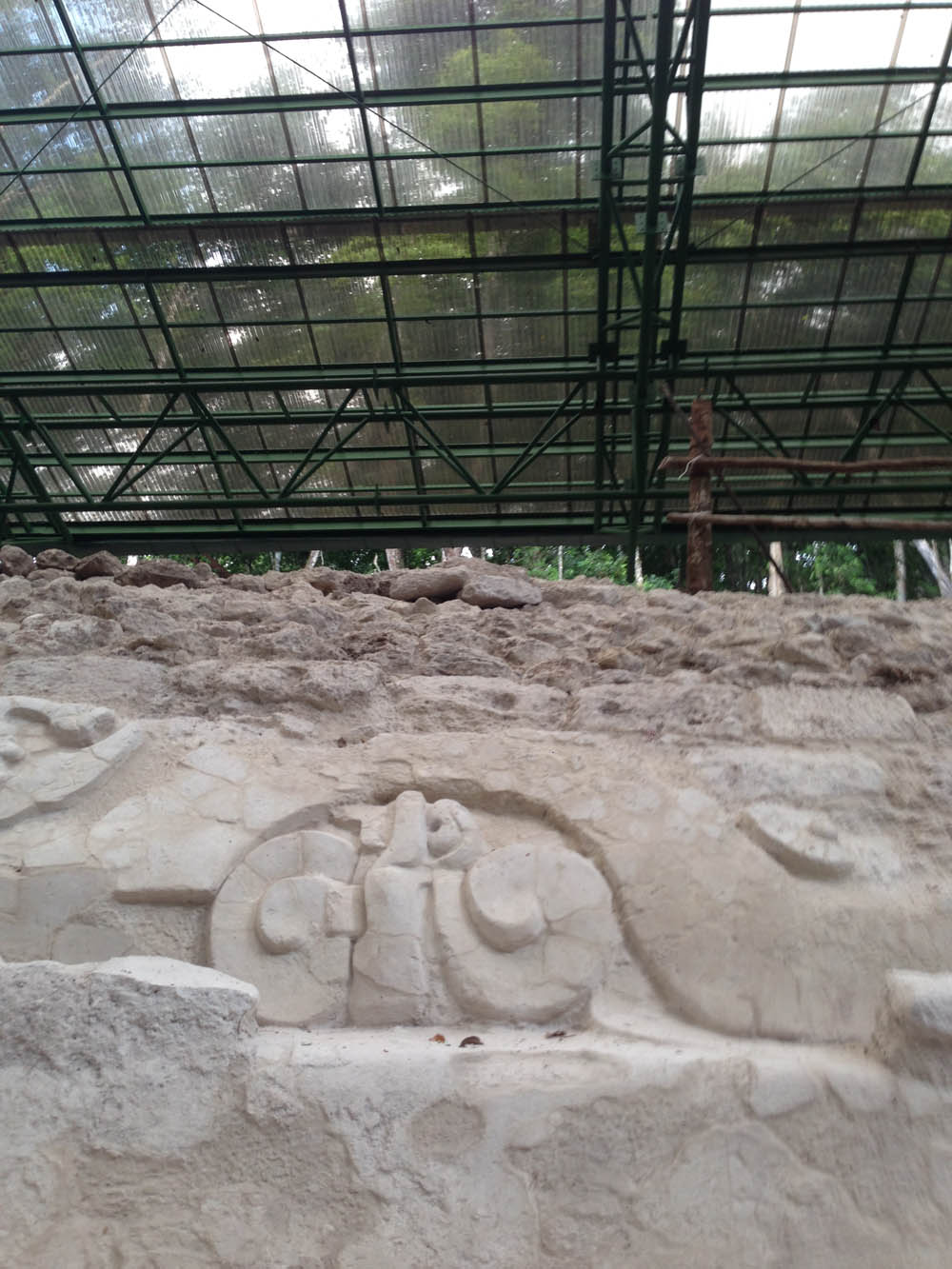 A similar cover helps conserve the temple of the Jaguar nearby. 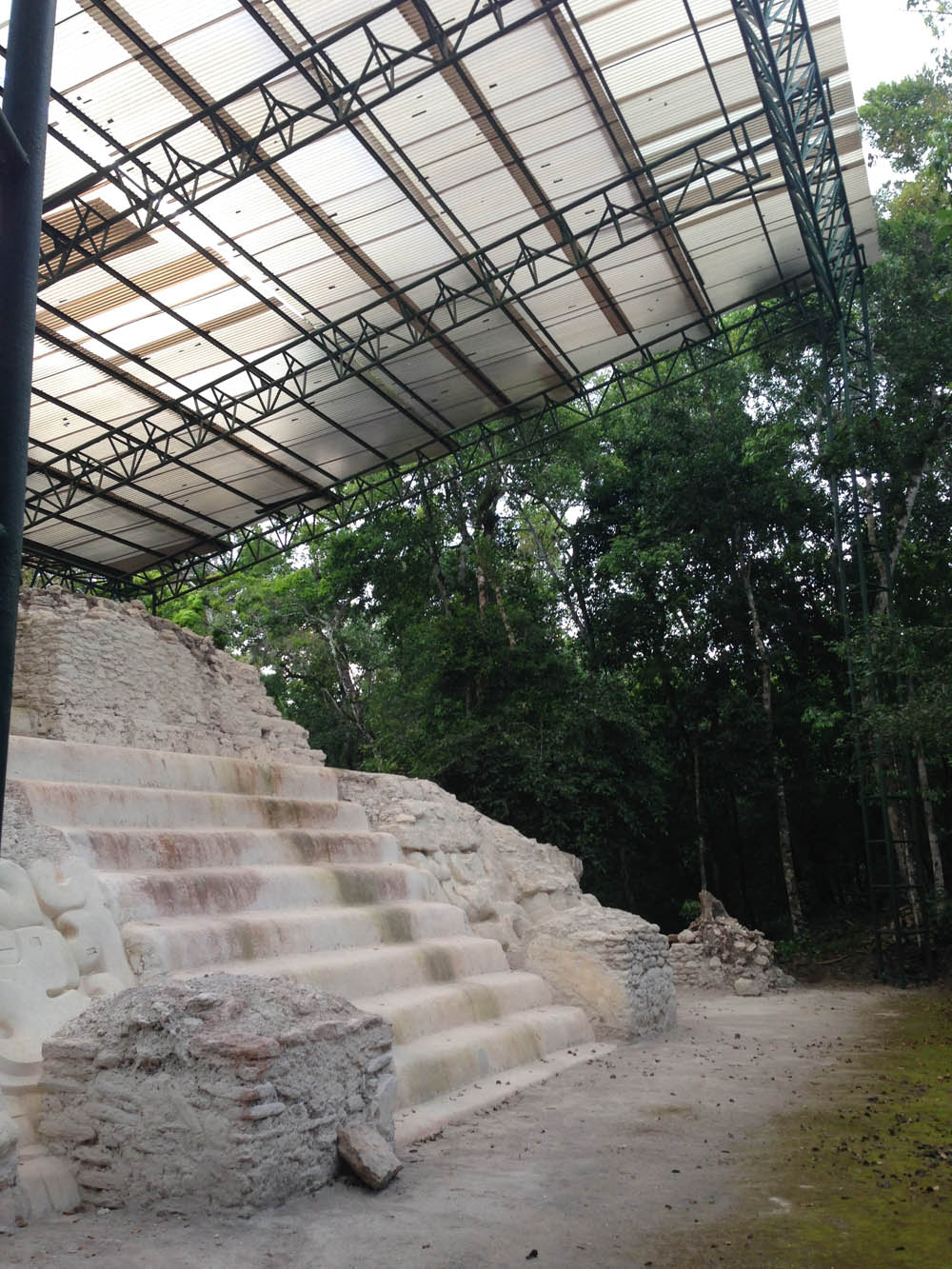 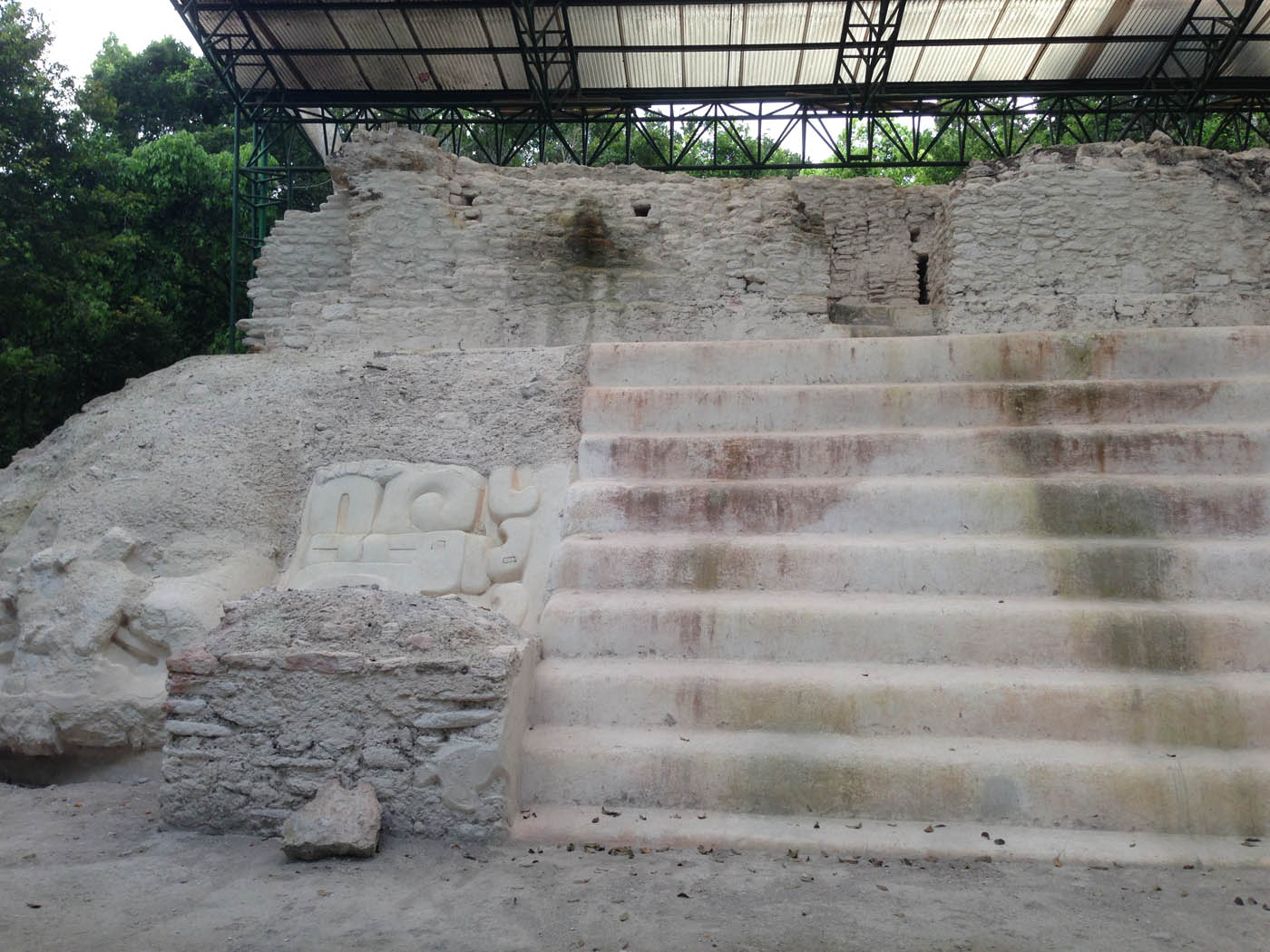 The site is vast, occupying a basin that stretches north of the border into Mexico and represents not only a rich and well-preserved ancient civilization, but a rare and intact stand of native rainforest. My visit was brief but the impact was great. 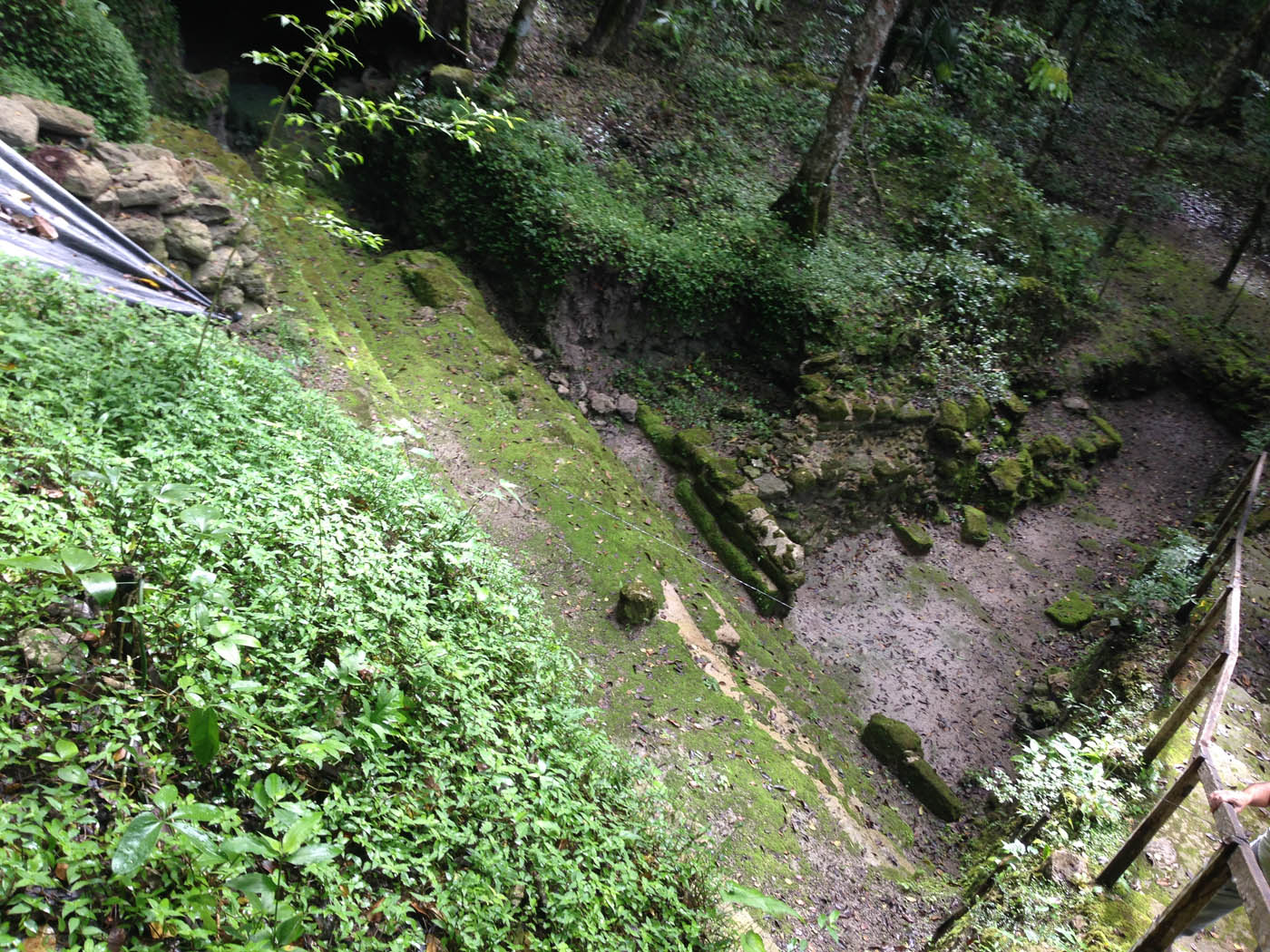 descending the pyramid (but not all the way into the underworld

During the summer field season over 300 workers are employed here in archaeology and conservation. The next step is to develop an ecologically sensitive way of visiting the remote jungle site – if you want to avoid the helicopter now you have to trek for two days (and there are chiggers and other nasties). Hansen’s preferred solution is to use the historic roadways, made of many layers of lime, that link the sites in the basin with the world outside the rainforest. In the meantime, work goes on and the faces carved millennia ago emerge in the jungle… 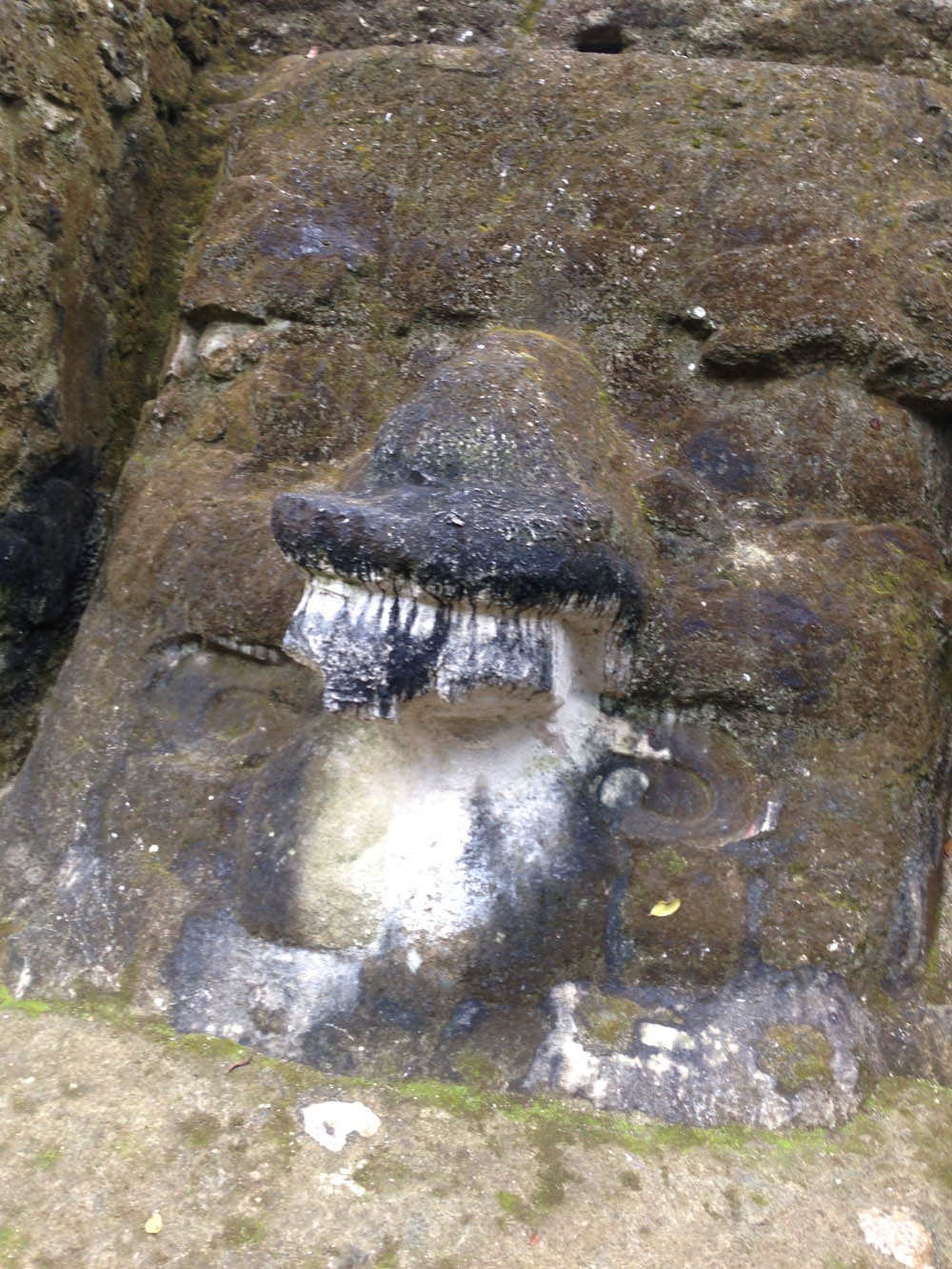 2 Responses to :
Conservation at El Mirador