Stepping Into World Heritage and Why 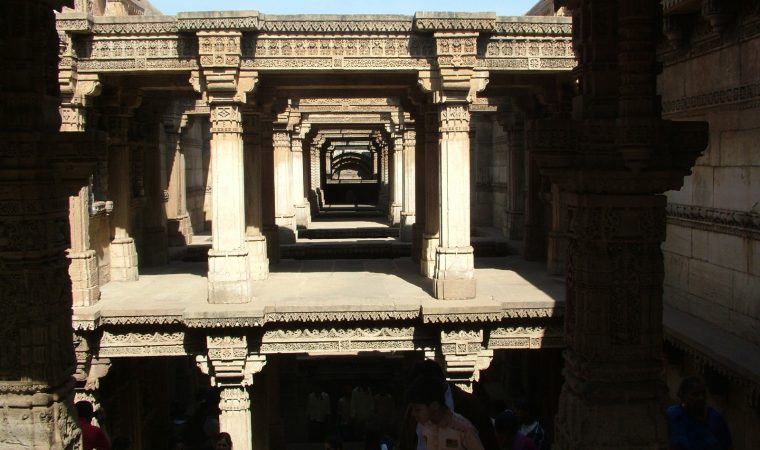 It has been six years since I wrote about stepwells, those amazing structures found throughout the Indian subcontinent. Communal water sources, stepwells range from simple community structures to elaborate complexes replete with stunning architectural detail. When I wrote six years ago I described the Adalaj stepwell in Ahmedabad, but I only included a single image, so I am remedying that here. 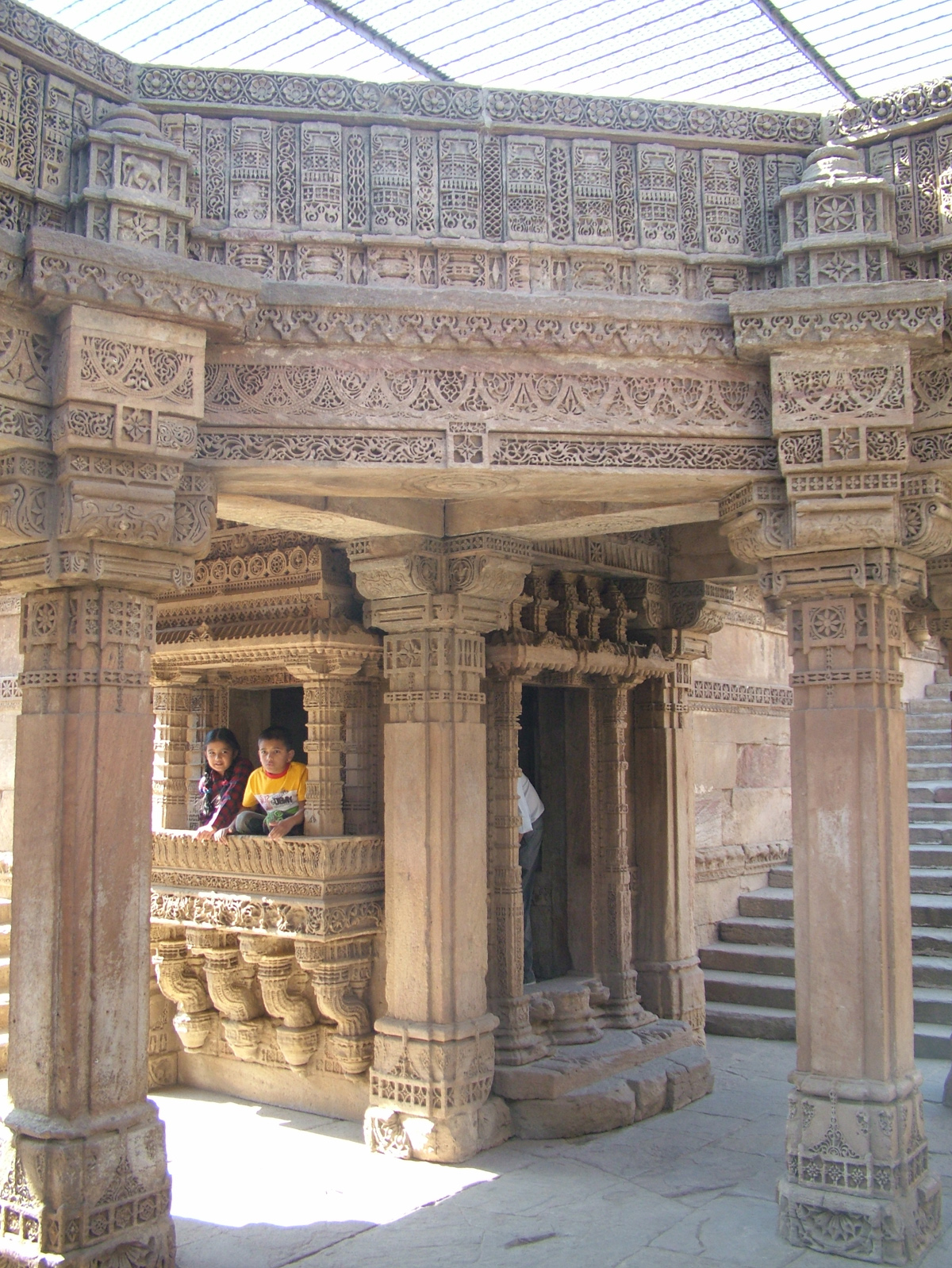 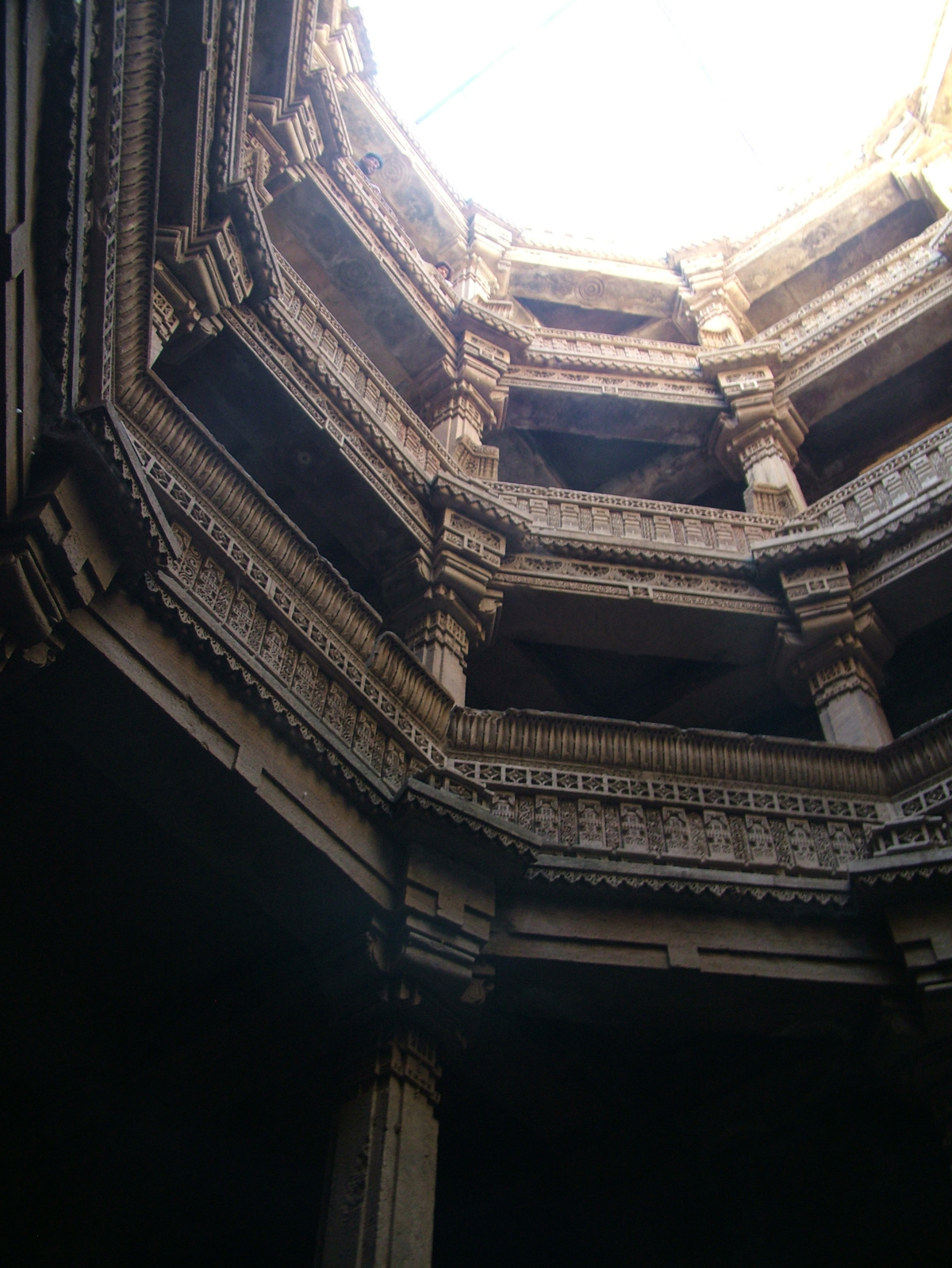 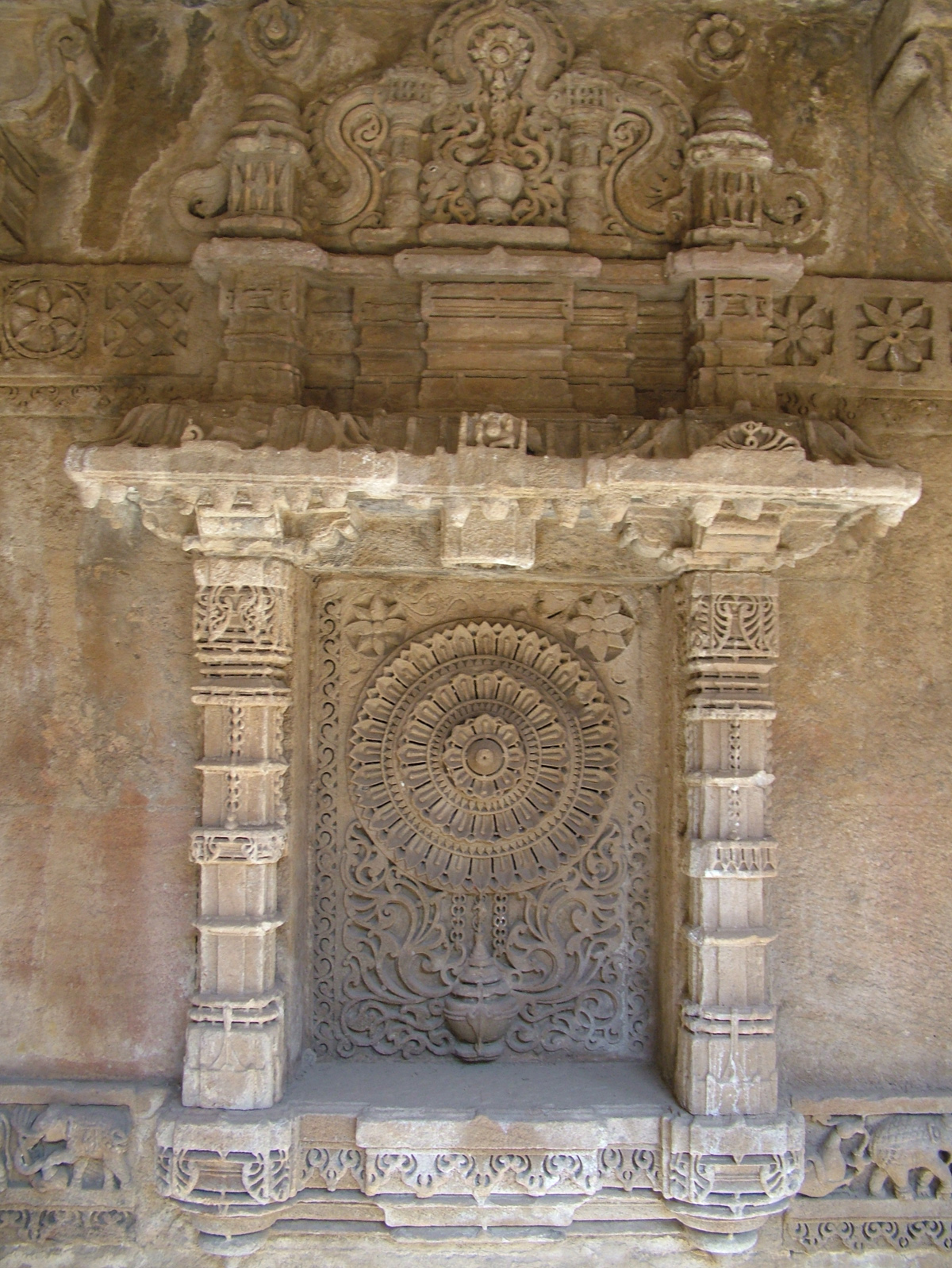 I was thinking about stepwells last week because here at Global Heritage Fund (join us here!) we began our joint investigation of stepwell conservation last week when Ahmedabad architect Yatin Pandya journeyed to see the initial stepwell restoration projects in Rajastan led by Gram Bharati Samiti and make recommendations for the next step.

I was also thinking about stepwells because I spoke to a Chicago friend who has been documenting hundreds of them throughout India over recent years. They are fascinating structures, essentially underground, but often decorated with elaborate architectural trabeations and sculptural groups, as you can see at the most famous one, Rani Ke Vav in Gujarat, which was inscribed as a World Heritage Site last week by UNESCO. 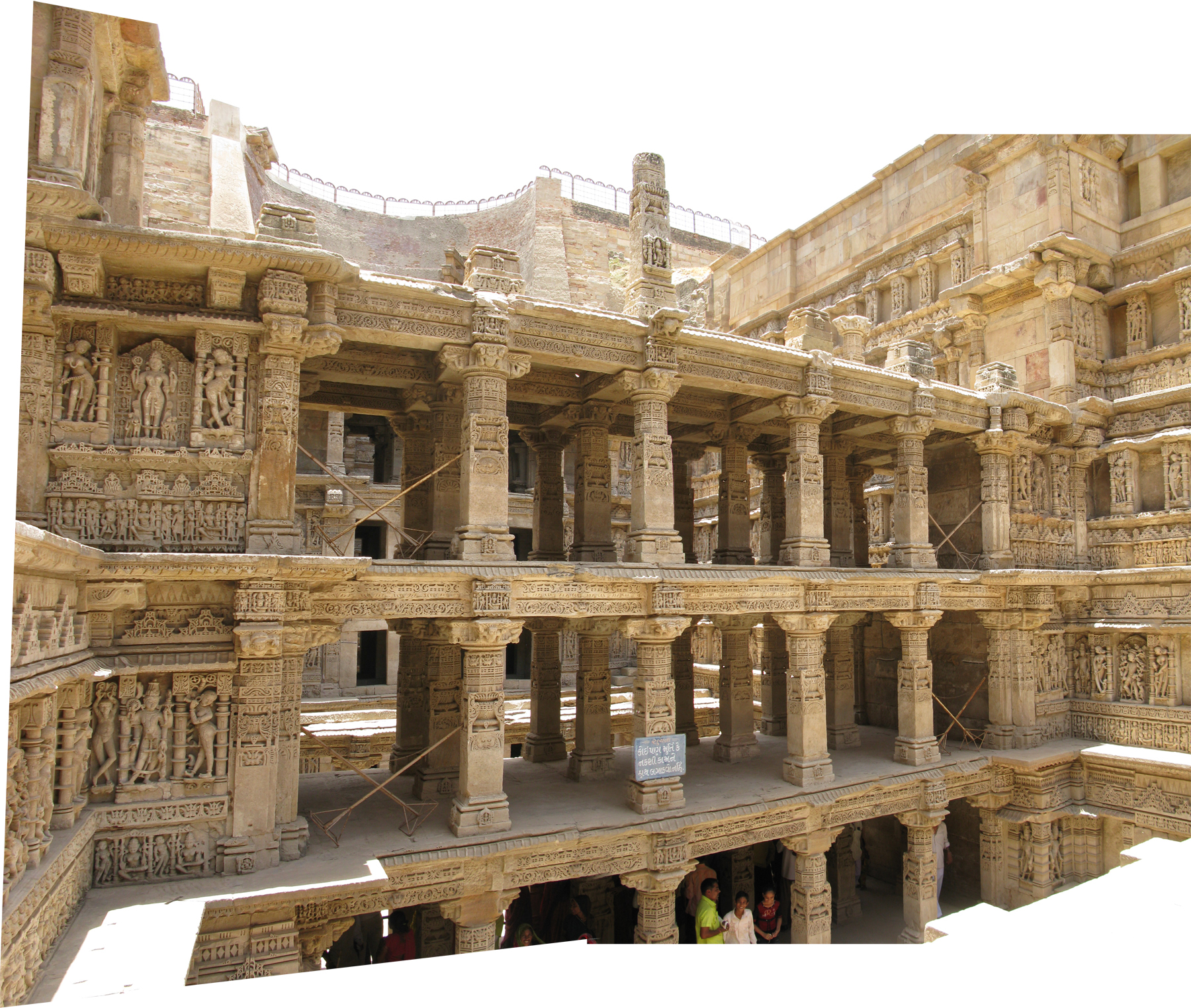 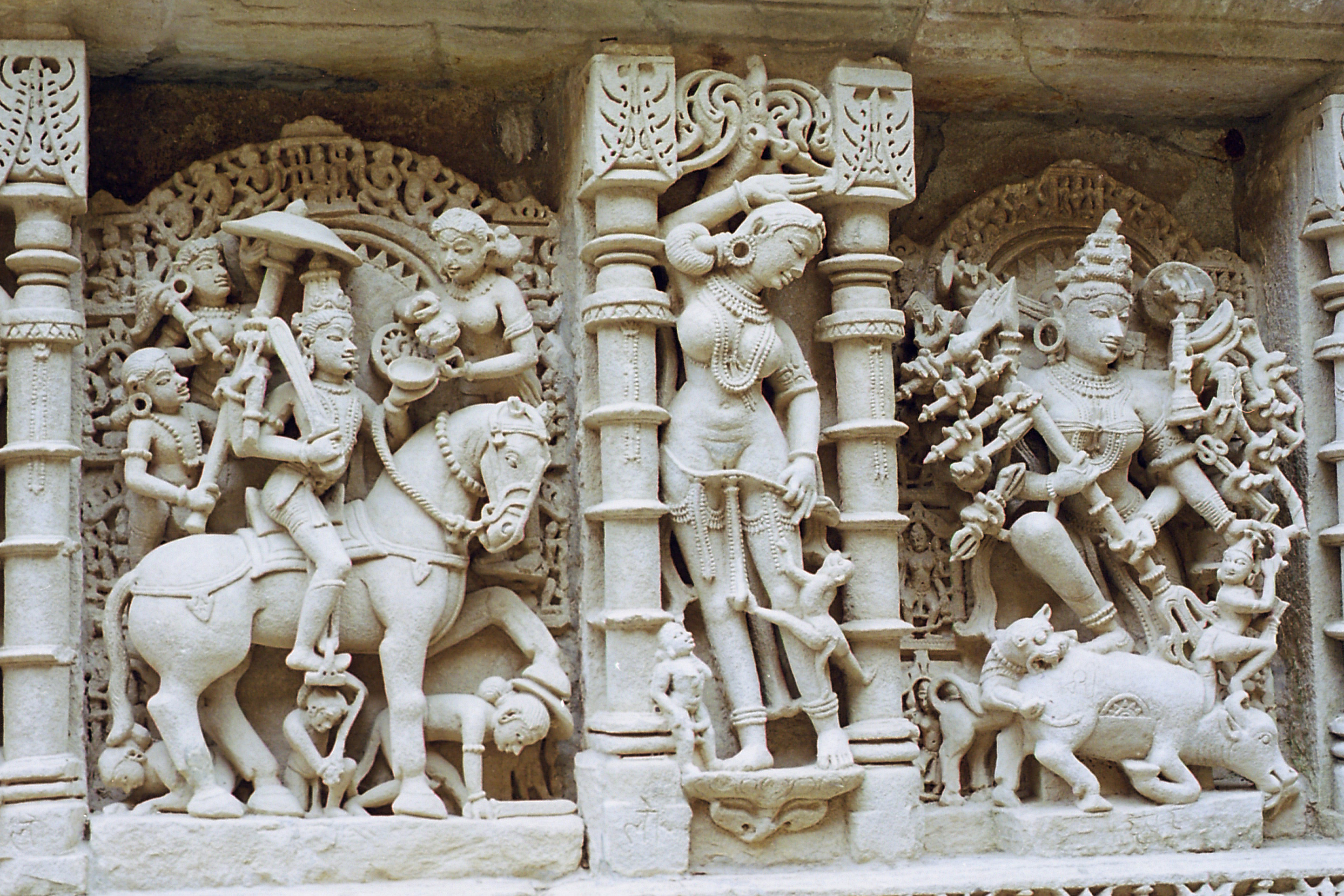 Stepwells encapsulate the mission of Global Heritage Fund: they are heritage sites that were – and often can remain – the centerpiece of a community, a source for water, yes, but also a source of communal pride. Especially when they have been recognized by UNESCO for their “outstanding universal value.”

Why should we care about history? I have spent my life answering that question and I recognize that most people are focused on the present.

When we say “HERITAGE” we are in fact talking about the present – and the future.

Why is World Heritage important? Because of a problem in the PRESENT that threatens the FUTURE. We recognize sites of “outstanding universal value” because we are concerned that they may not make it into the future. These listings are a call to action. 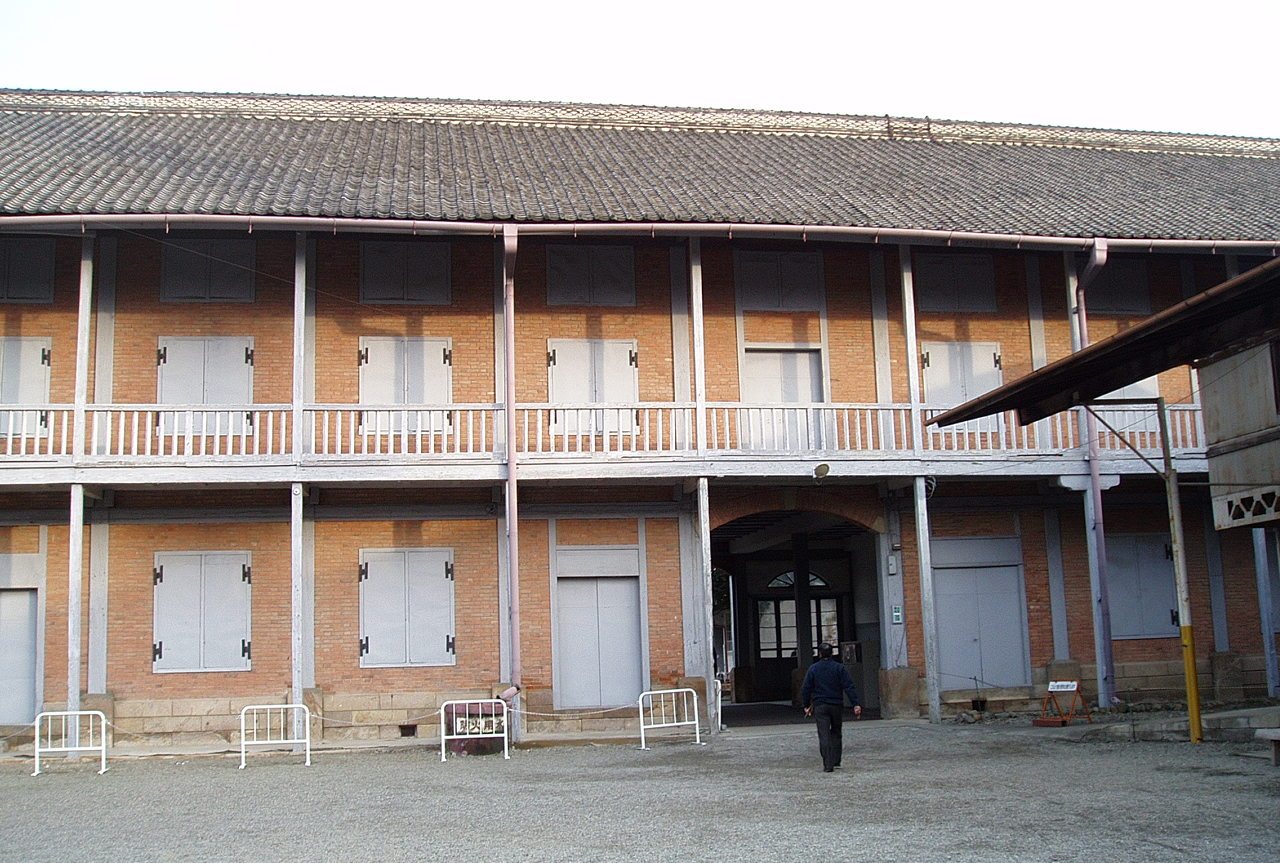 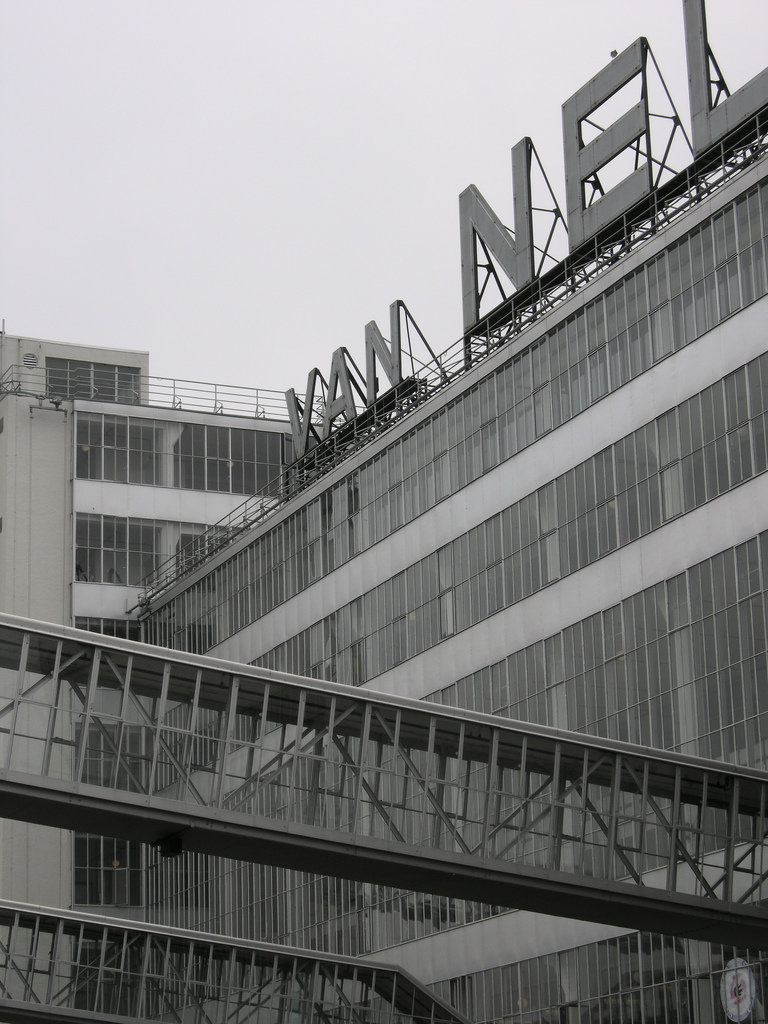 Van Nelle tobacco factory, Rotterdam. This one is found on the cover of books of modern architecture

Qenko near Cusco, a major stop on the Qhapaq Nan

The Qhapaq Nan, or Inca Road, was one of the more exciting inscriptions this year, because it is all about context. The road runs through six countries, roughly from Quito, Ecuador to Santiago, Chile, including Peru, Bolivia, Colombia and Argentina. 273 sites over 6000 kilometers. Talk about your cultural landscape! At Global Heritage Fund, we investigated several sites along the road as potential investigations, including the site of Pachacamac, one of the ancillary Qhapaq Nan routes and the most important coastal arhcaeological site in South America. 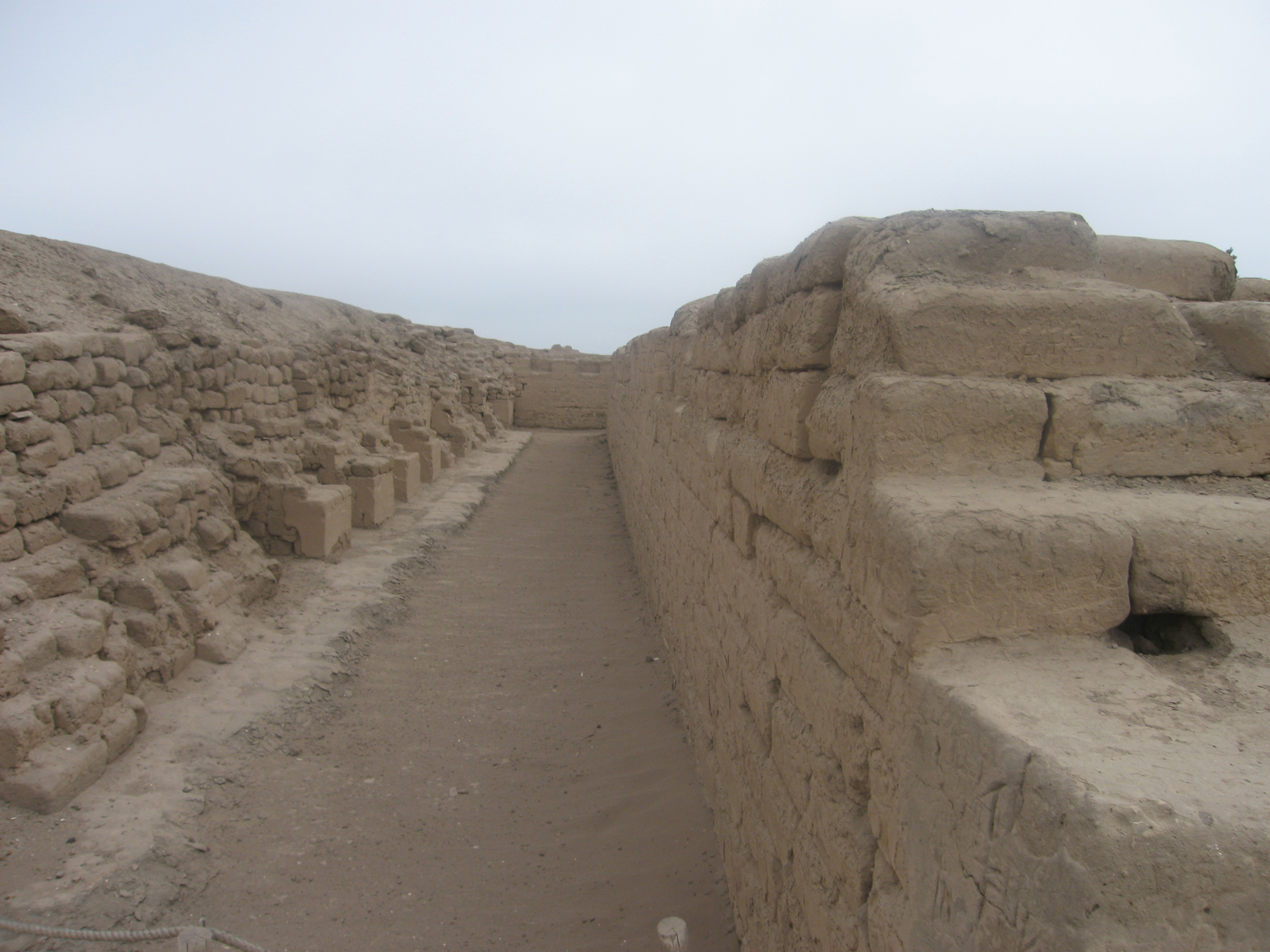 As the World Heritage meeting was taking place, I was standing on Donkey Hill in Los Gatos, looking out over San Jose and all the way up to Moffett Field when my phone rang (Thanks, Modern World!) and it was Al-Jazeera wanting to interview me about the new World Heritage listings.

Their piece that evening focused on the Pyu Kingdom sites in Myanmar, which was great, because Global Heritage Fund got involved last year with Sri Ksetra, the most notable of these sites, through the work of our Founder, Jeff Morgan. I was amazed that the stupendous stupa-laden site of Pagan (or Bagan) was not listed, since that was one of the most impressive sites I visited during my first Asian sojourn in 1986. 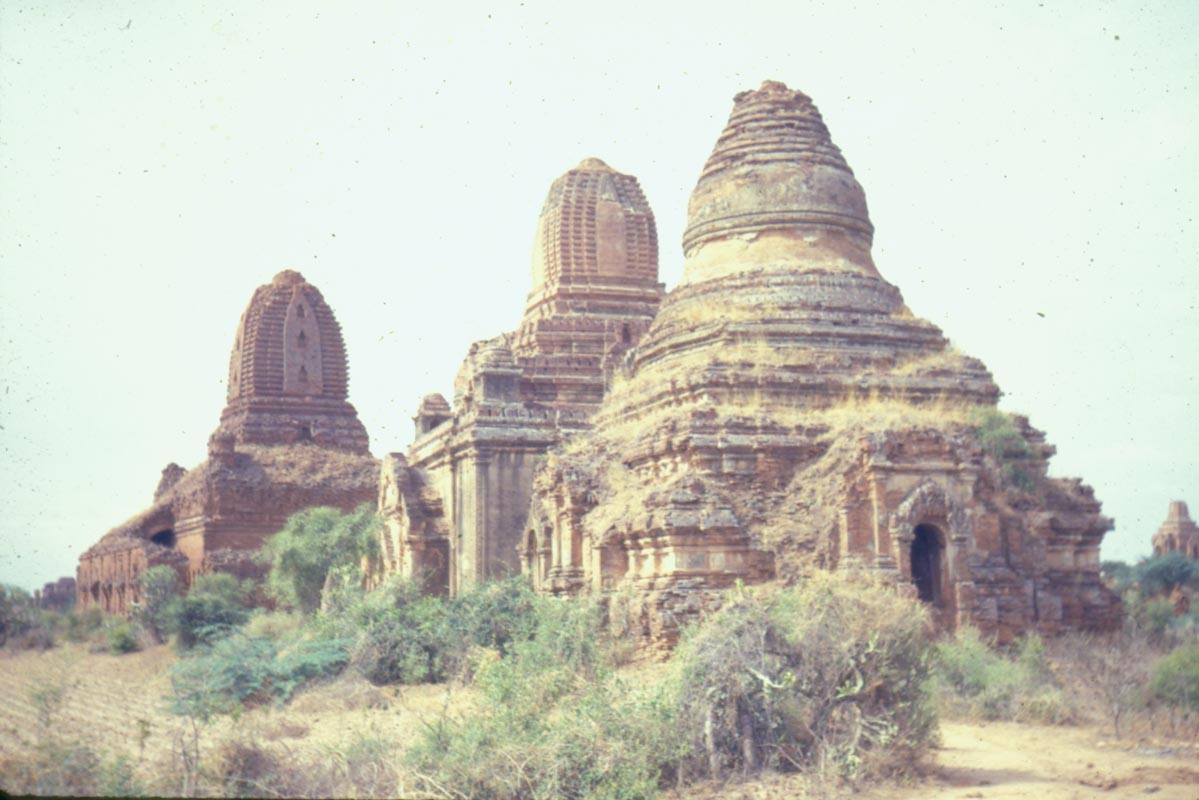 But the interview inevitably turned to the same topic my previous two interviews with them focused on: what do you do about sites that are in conflict zones? Earlier this year UNESCO put on the THREATENED list all six sites in Syria, which I was interviewed about in March. What do you do? 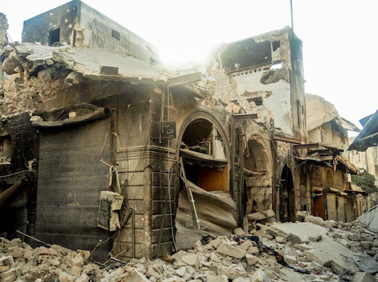 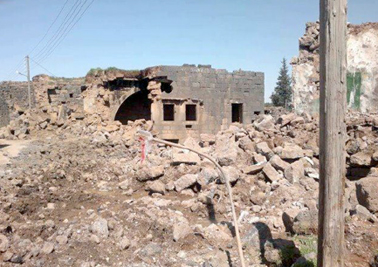 The question begs for an answer that somehow you can intervene, but of course neither UNESCO nor organizations like Global Heritage Fund have the ability to intervene in a war. Moreover, throughout history, heritage sites have not only suffered from wars, but they are often TARGETED because they have great spiritual value to local populations. Destroying them is a way of terrorizing those populations, or in the case of the 1990s Mostar bridge, splitting the populations along sectarian lines. 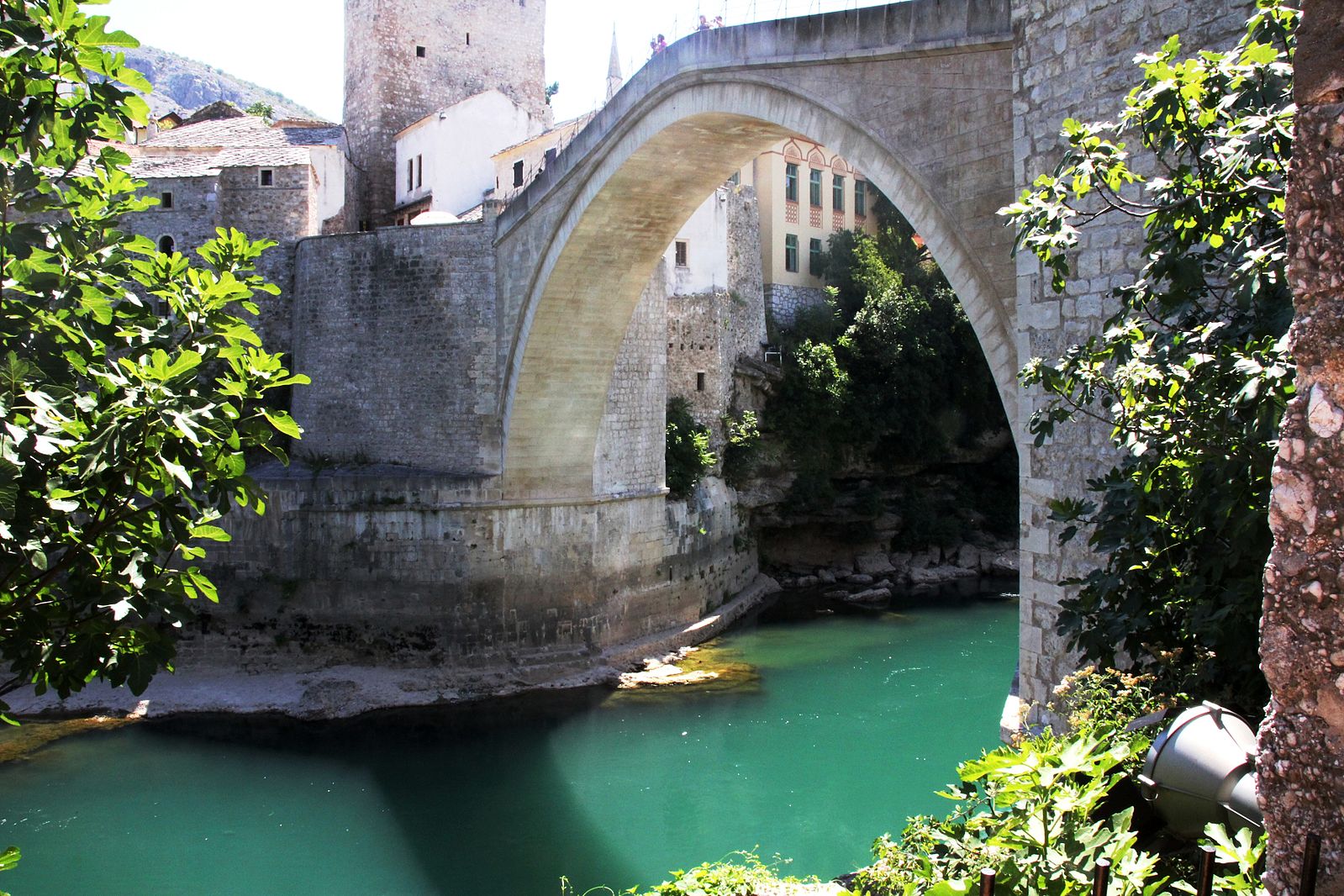 and its later restoration was a step to mending those divisions

The Bamiyan Buddhas were targeted by the Taliban and the jihadists in Iraq are currently threatening a range of heritage sites there, nihilism in the guise of religion. What can you do about these threats? I told the interviewer that UNESCO has very limited resources – they have now inscribed over 1000 sites in the last 42 years. This designation does not bring much money – “that is why organizations like Global Heritage Fund exist” I told them. We need to raise the money and identify national partners to save or restore sites like these – UNESCO can offer technical support but not so much money. 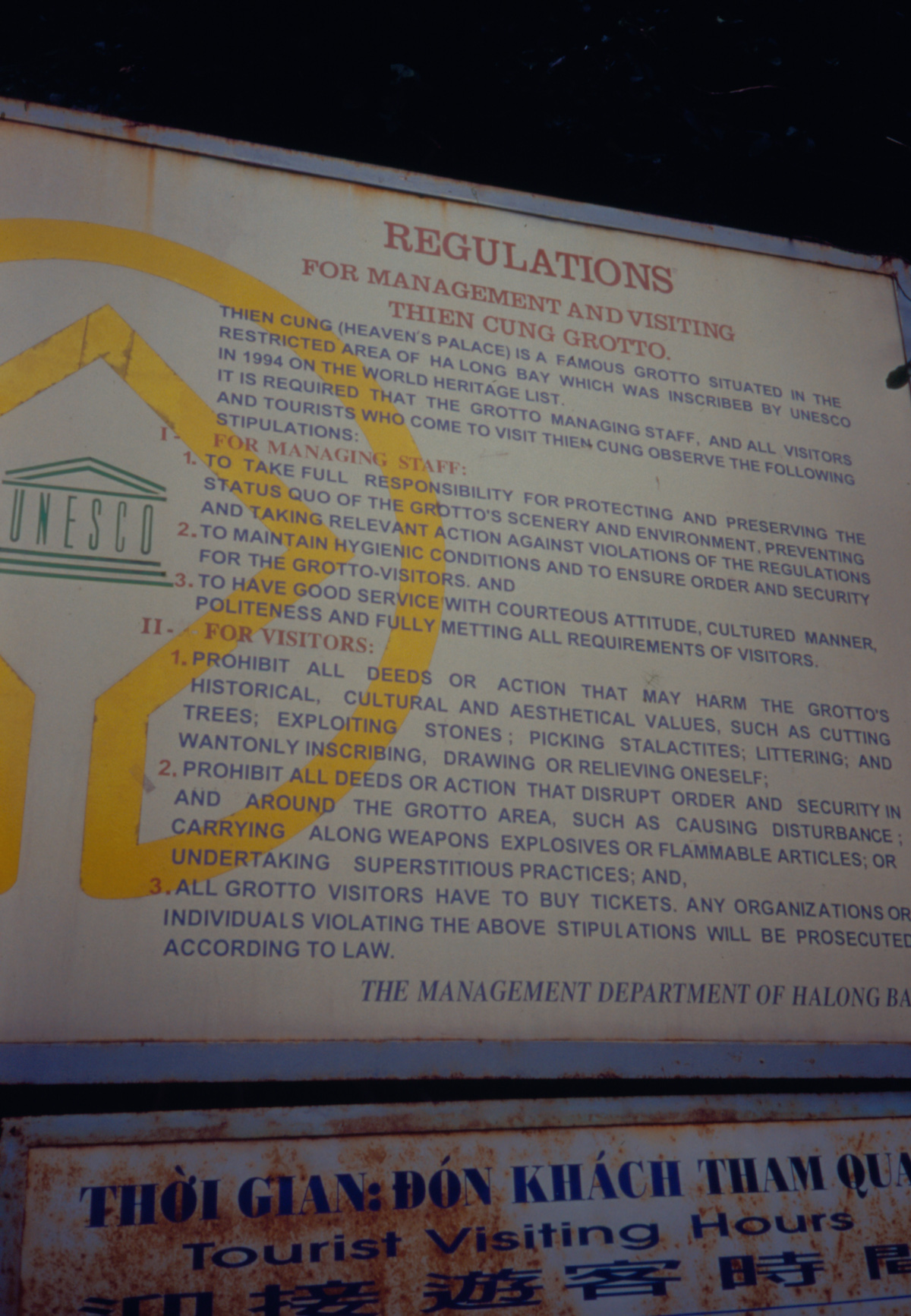 World Heritage status is like National Historic Landmark status or local landmark status. It is the recognition of outstanding value for massive resources (think 273 sites over 6000 km) and it brings them to the attention of both the professional heritage community and the general public. It is that RECOGNITION that local and national governments, and private philanthropies like GHF – use to leverage the funds needed to save these vital places. The status means you can lobby governments to spend more on these sites because they are more important. It means you can try to generate philanthropy based on the same concept – here is where you can MAKE A DIFFERENCE.

Talk about a money pit – one of my all-time favorite World Heritage Sites – the Falun mine, in Sweden. Photo by author, 2007.

Indeed, World Heritage status, like landmark status, is often TARGETED to help save threatened sites. UNESCO named several such as new inscriptions (listings) last week, including South Jerusalem, Erbil Citadel in Iraq, Tanzania’s Selous Game Reserve, and the City of Potosi, Bolivia. Threats are of course not only conflict but also poaching, looting, uncontrolled development and climate change. GHF documented these threats to our global heritage several years ago in print, and we are still fighting, although we are fighting to SAVE while others are fighting to DESTROY. 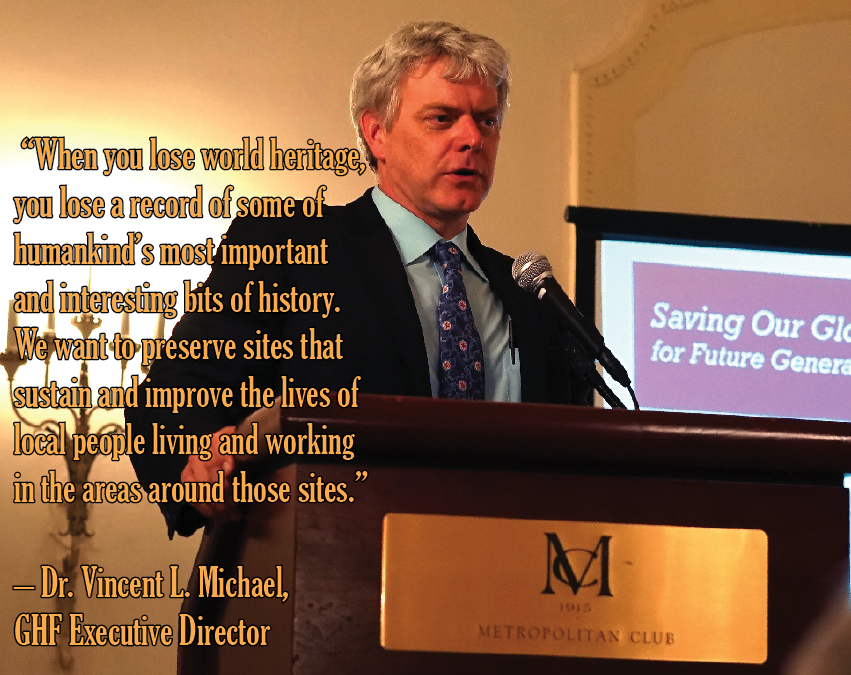 To truly save a site, it must benefit the local community that lives there, which is the GHF model. Because heritage is ALWAYS about the future.

One Response to :
Stepping Into World Heritage and Why