Readers of this blog will know that I have often traveled to the historic city of Weishan, in Yunnan, China.  Origin place of the Nanzhao Empire that became the Dali Kingdom before Yunnan was incorporated into China, Weishan was an important site on the Tea-Horse Route and home to Weibaoshan, a mountain with two dozen Taoist and Buddhist temples.  For more than 620 years, travelers and traders passed through the impressive North Gate, virtually the only surviving element of the original city wall.  I have photographed it nearly every year since 2003, and it is one of two National landmarks in Weishan.  Four times I brought students to visit.

So imagine my horror when I got an email this weekend with these photos: 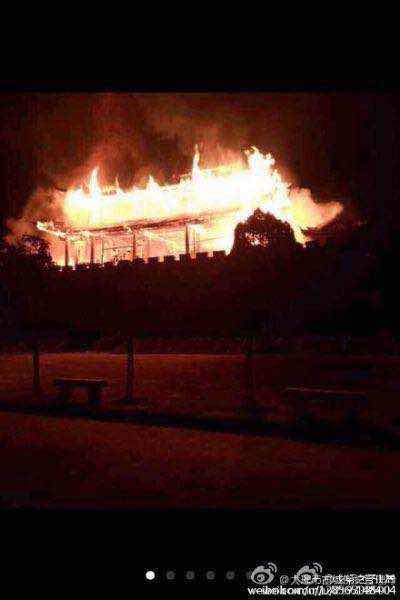 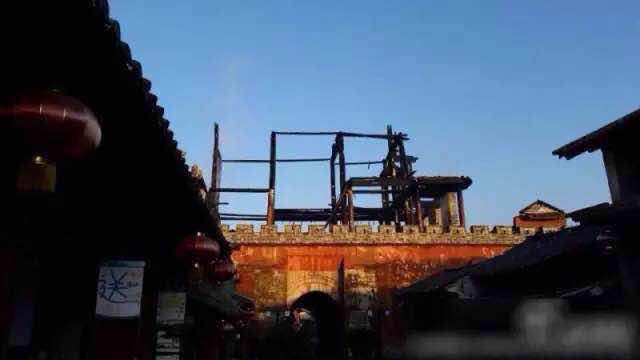 As of today I do not know the plans for this landmark, although I did witness a drone document the massive structure in 2012.  It appears the two-story wooden structure is a total loss and there is yet no word on the condition of the rammed-earth and stone base.   Stay tuned to this space for updates.

Report from Jerry Adelmann:  The North Gate hall has been reconstructed, and from the looks of it, they took advantage of the documentation and performed well. 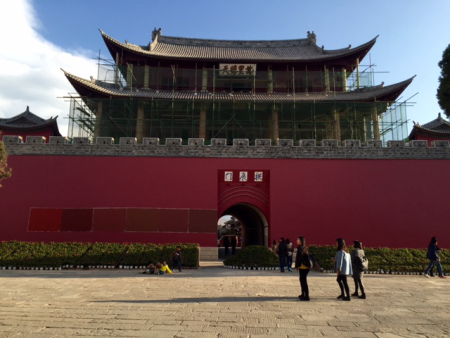 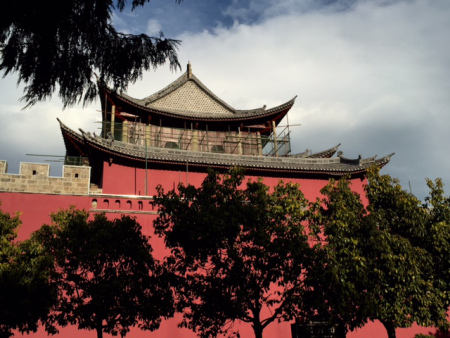