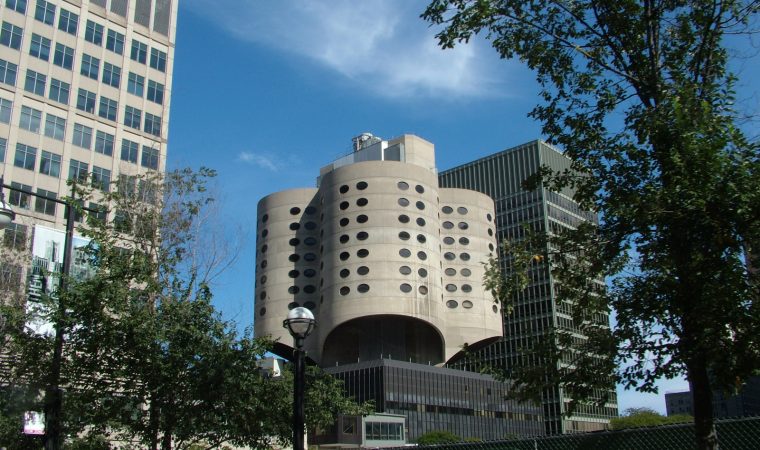 I had the opportunity, thanks to the wonderful Mark Davis, to again speak at Palm Springs Modernism Week, which is the coolest, most colorful preservation event anywhere.  I reprised my 2011 talk on Preserving Modernism in Chicago with an update on those icons of Modernism, the Farnsworth House (how do I flood thee?  Let me count the ways….), the sadly demolished Prentice Women’s Hospital (Philistines is too good a word – the Philistines were in fact civilized) and of course the soon to be geothermal Unity Temple.  So let’s get these pictures out of the way so we can move on to Palm Springs itself. 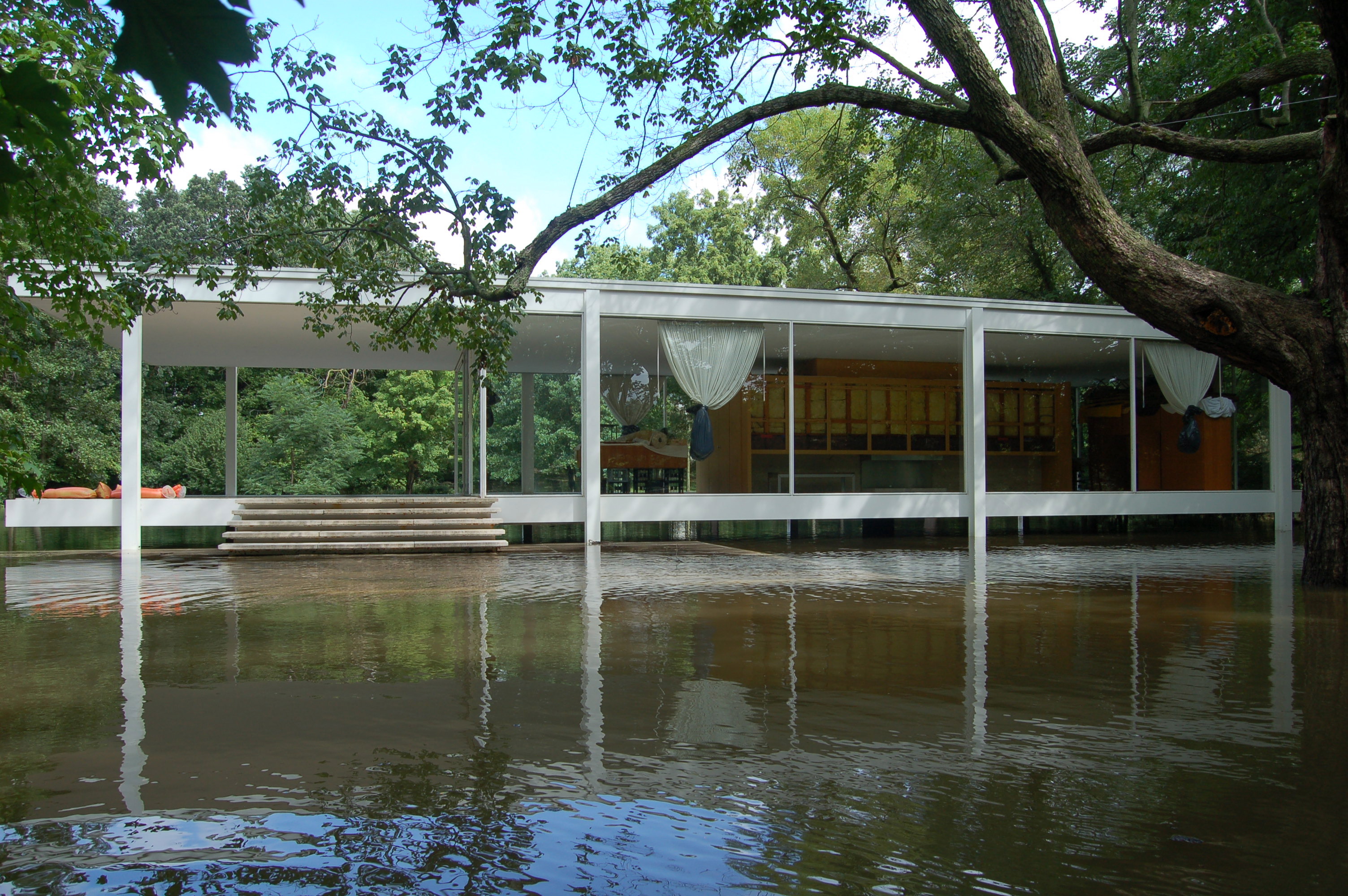 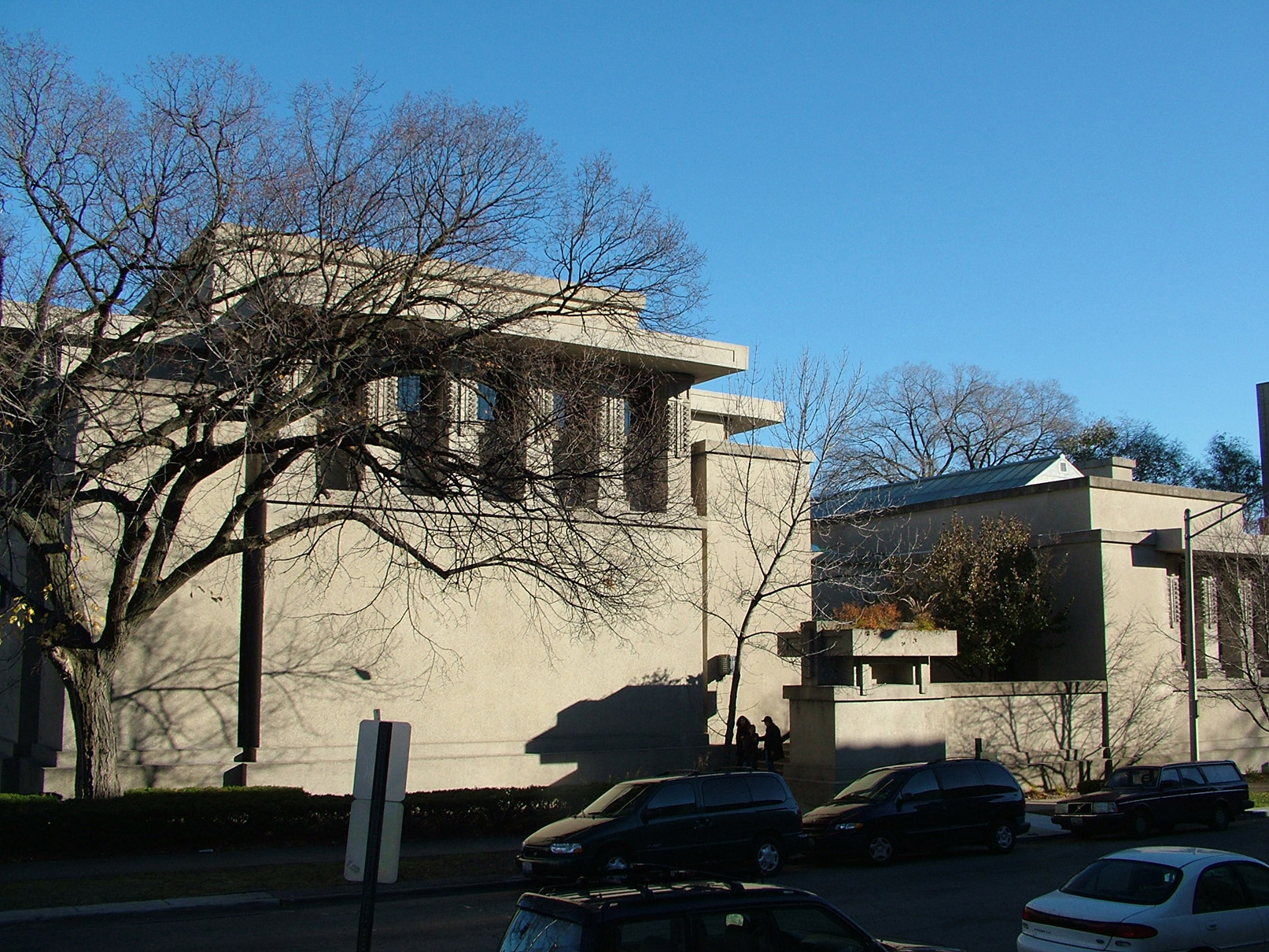 So, here is the fabulous Menrad House – wowza! 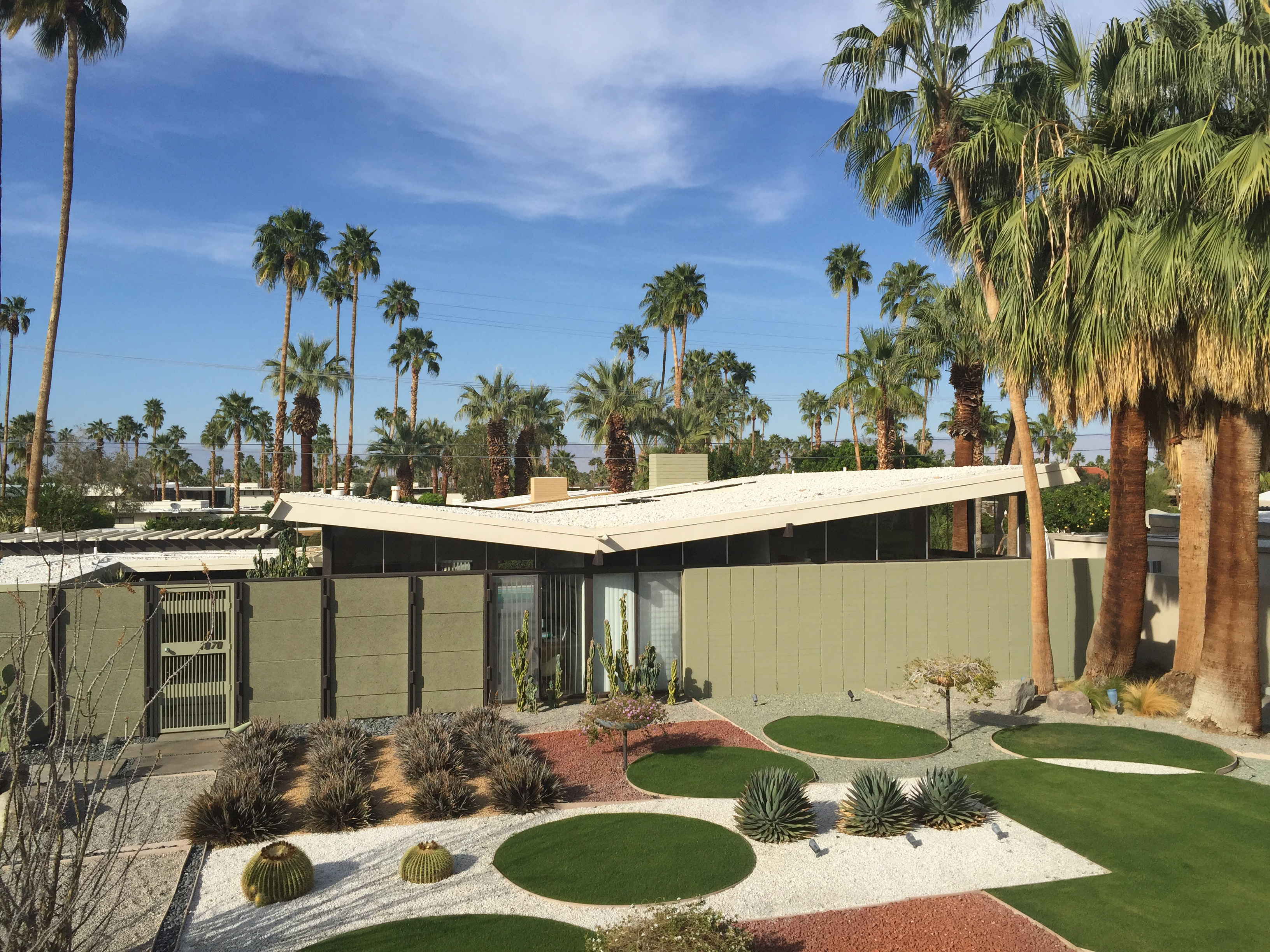 And the famous Kaufman House by Neutra! 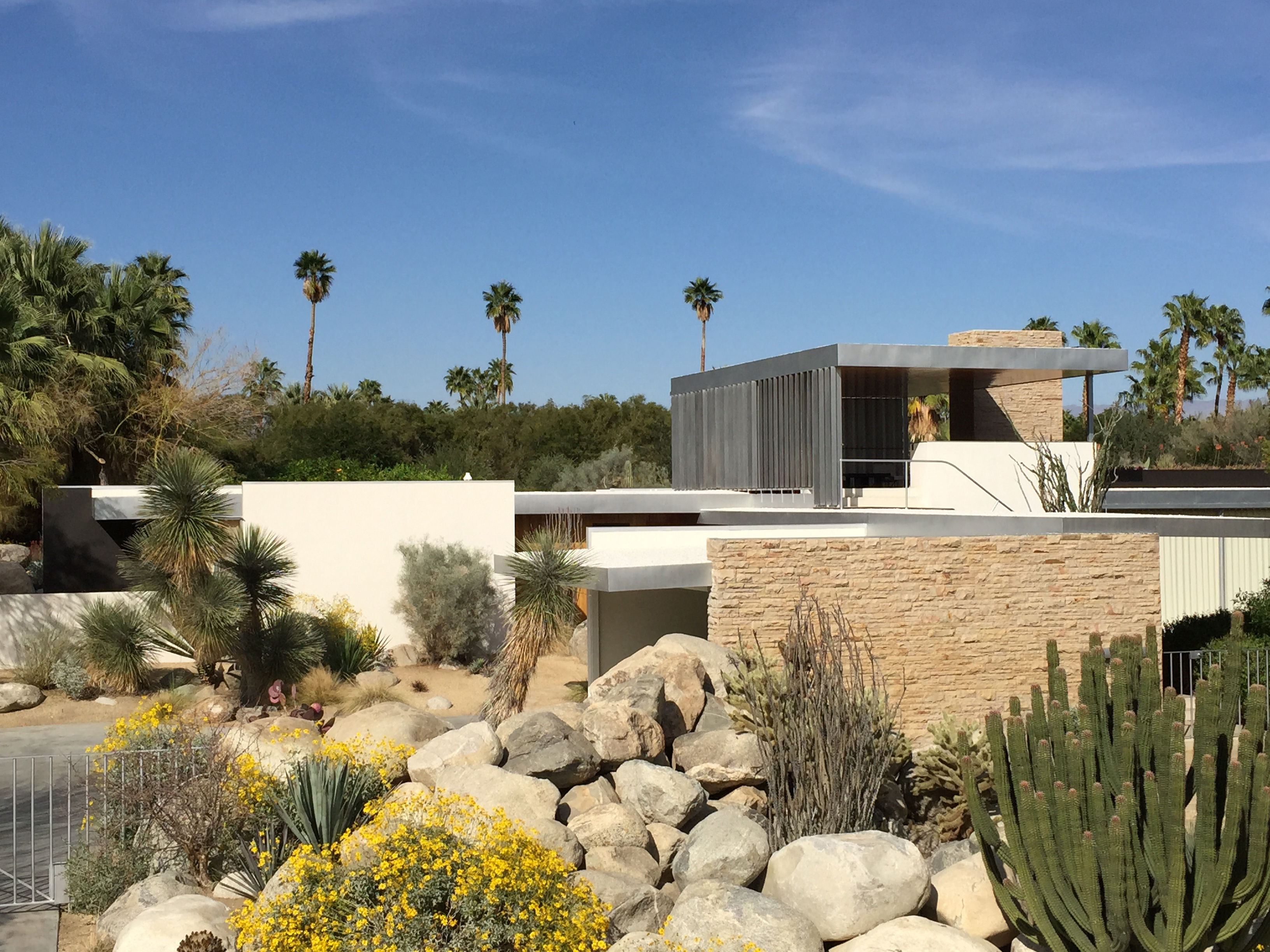 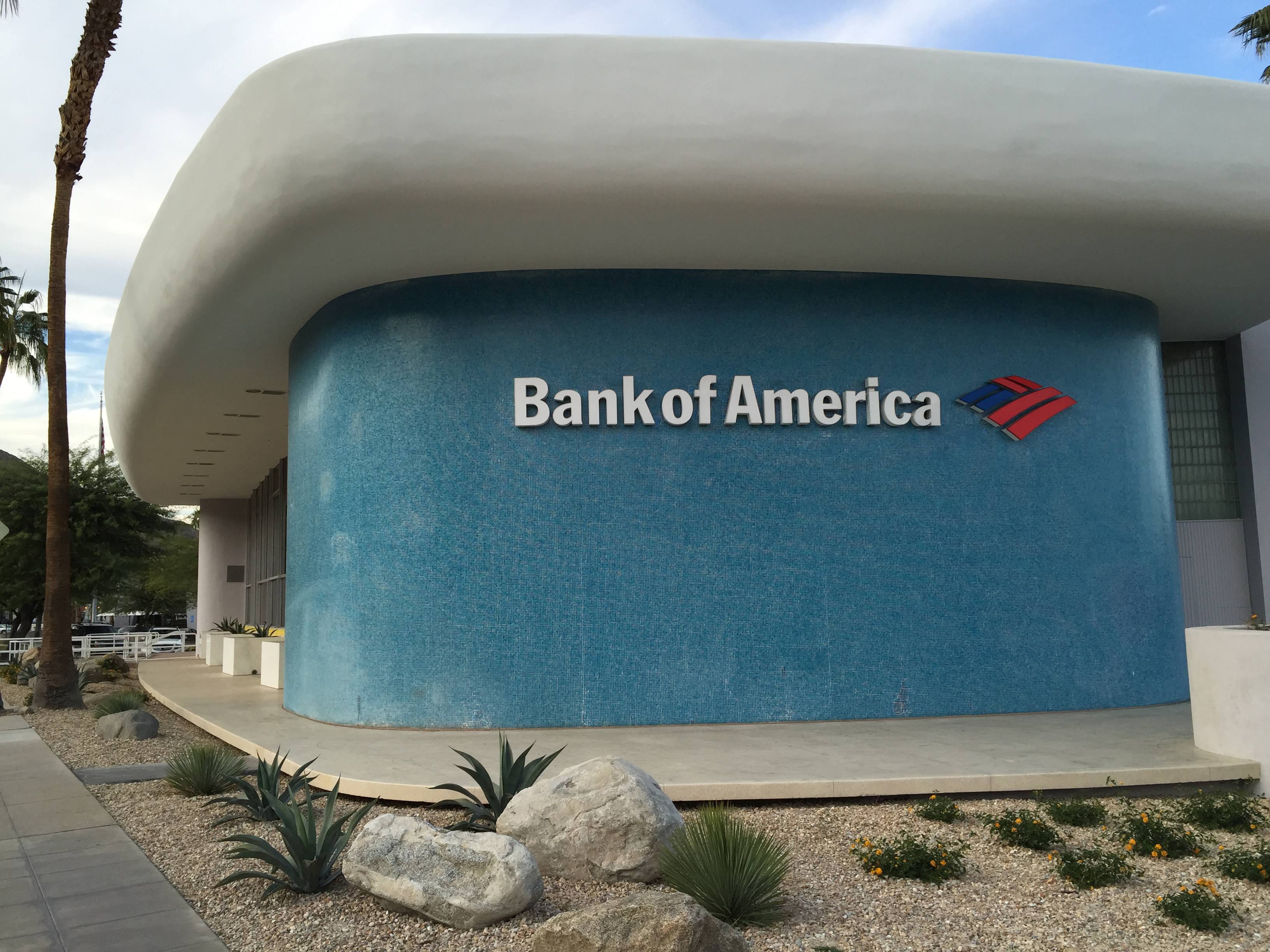 And the stunning Chase Bank (E Stewart Williams 1960) with its working fountain! 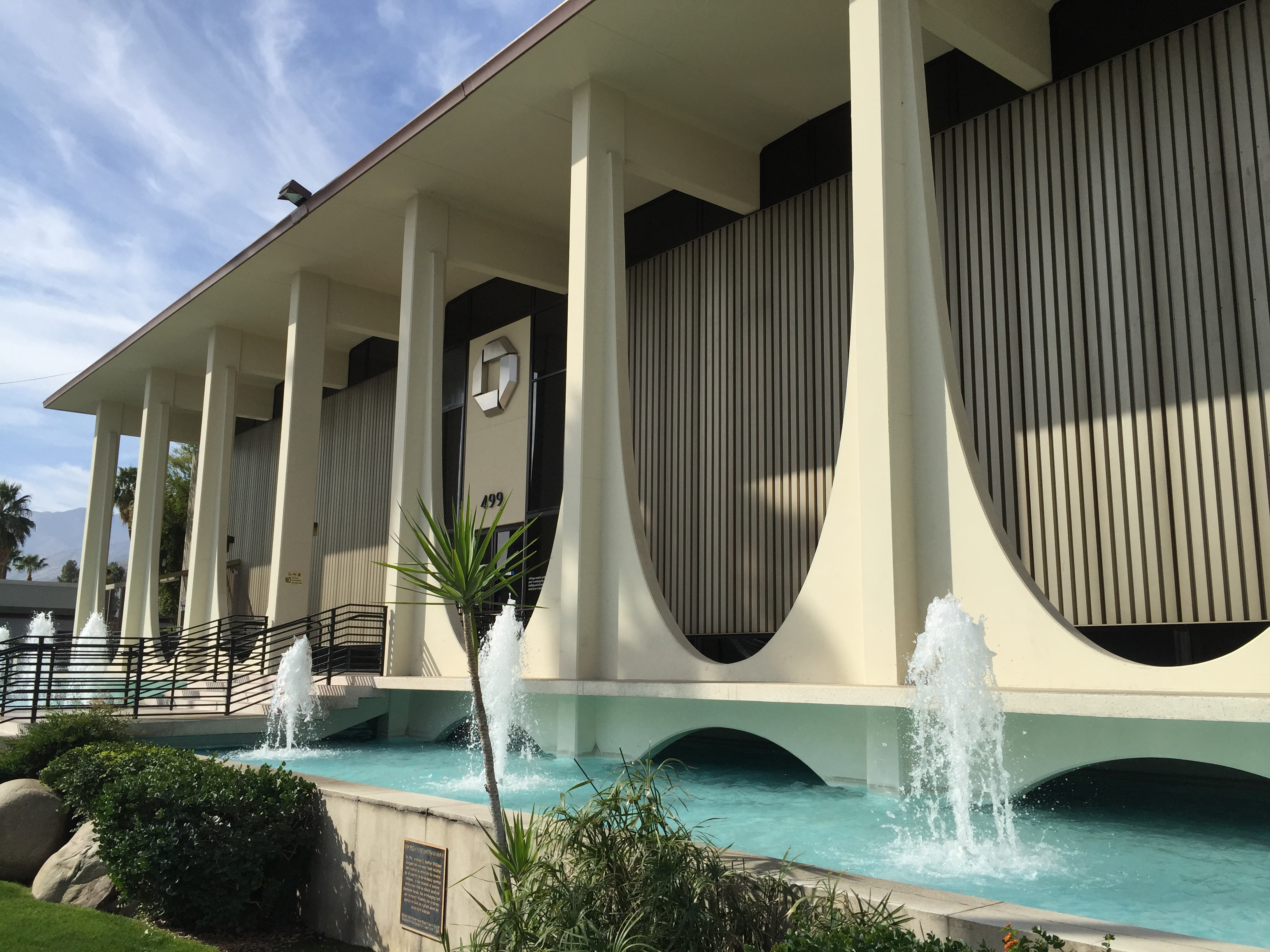 Felicity took some great pictures of this.  But time for more houses! 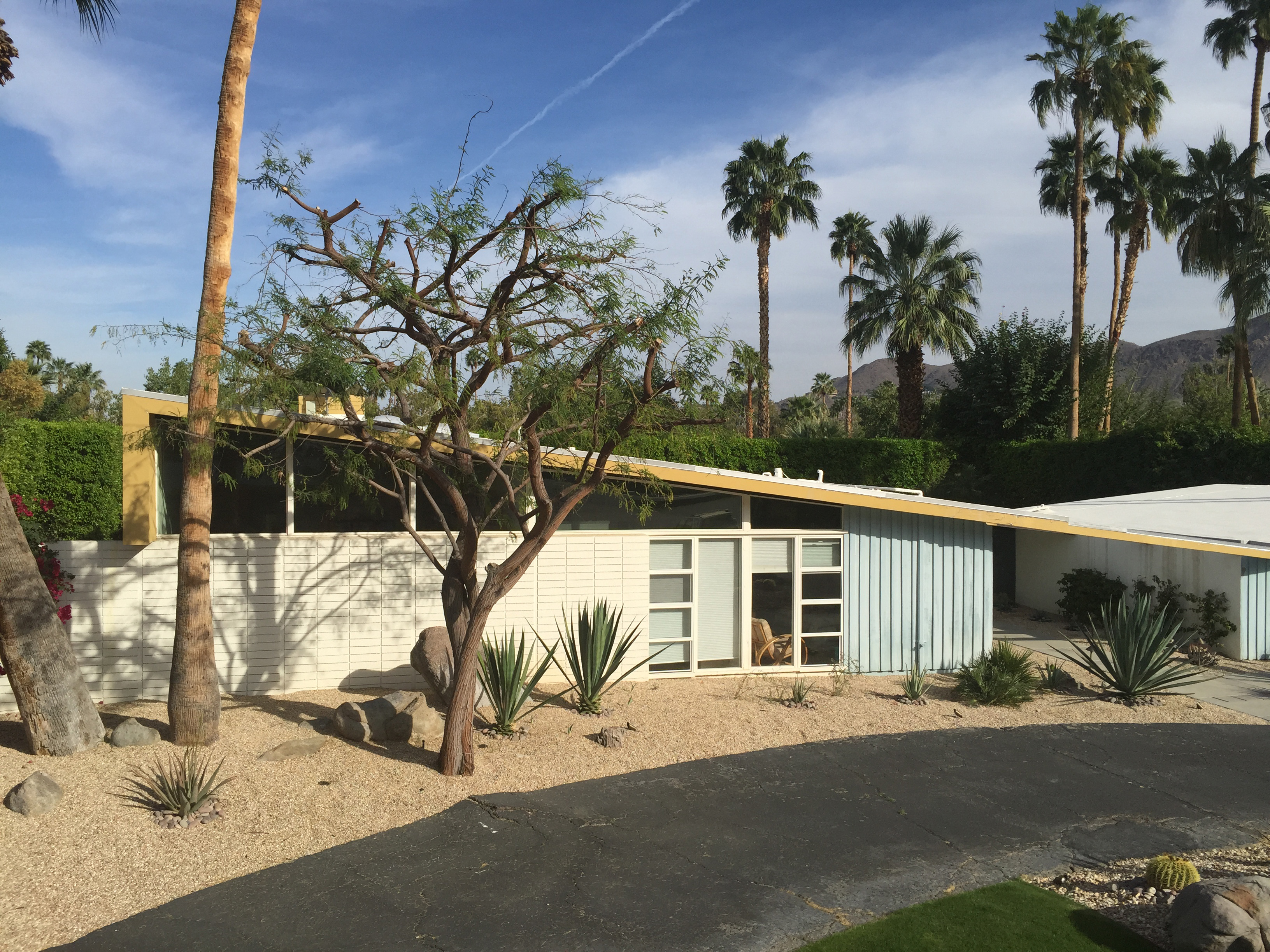 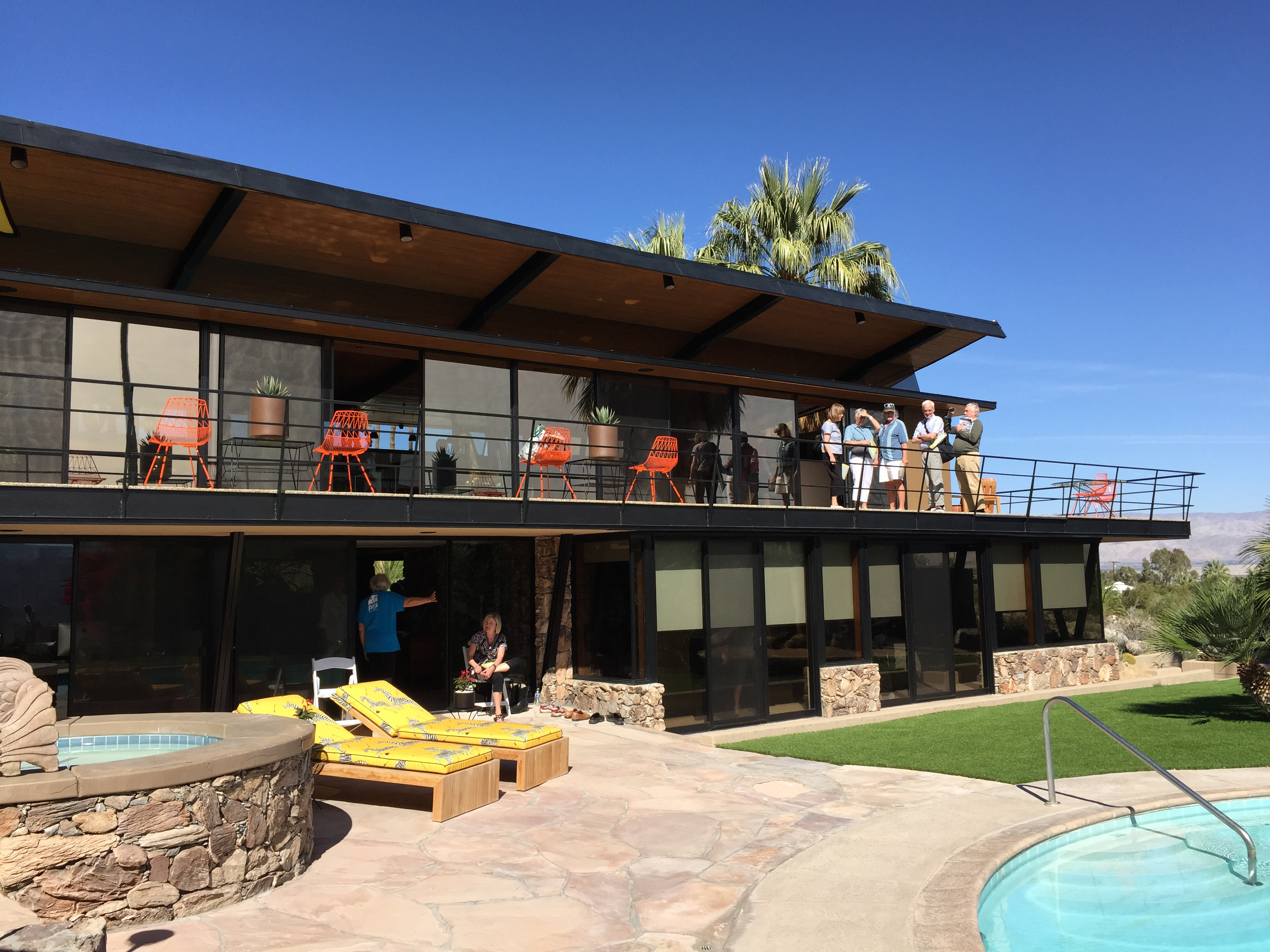 Above: the Dr. Franz Alexander House, 1955 by Walter S. White 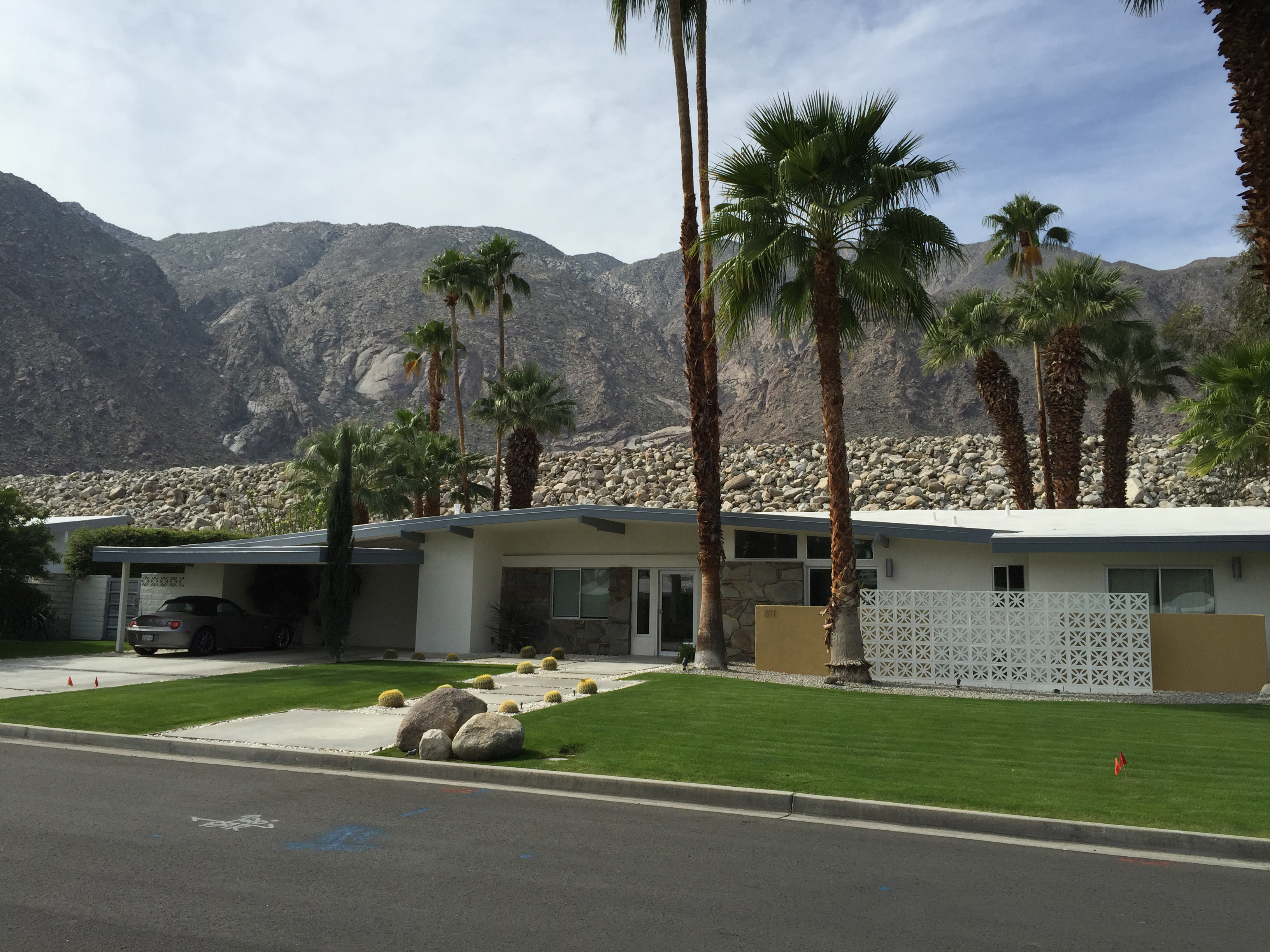 Mountains and palms make the setting and screen walls tell the time! 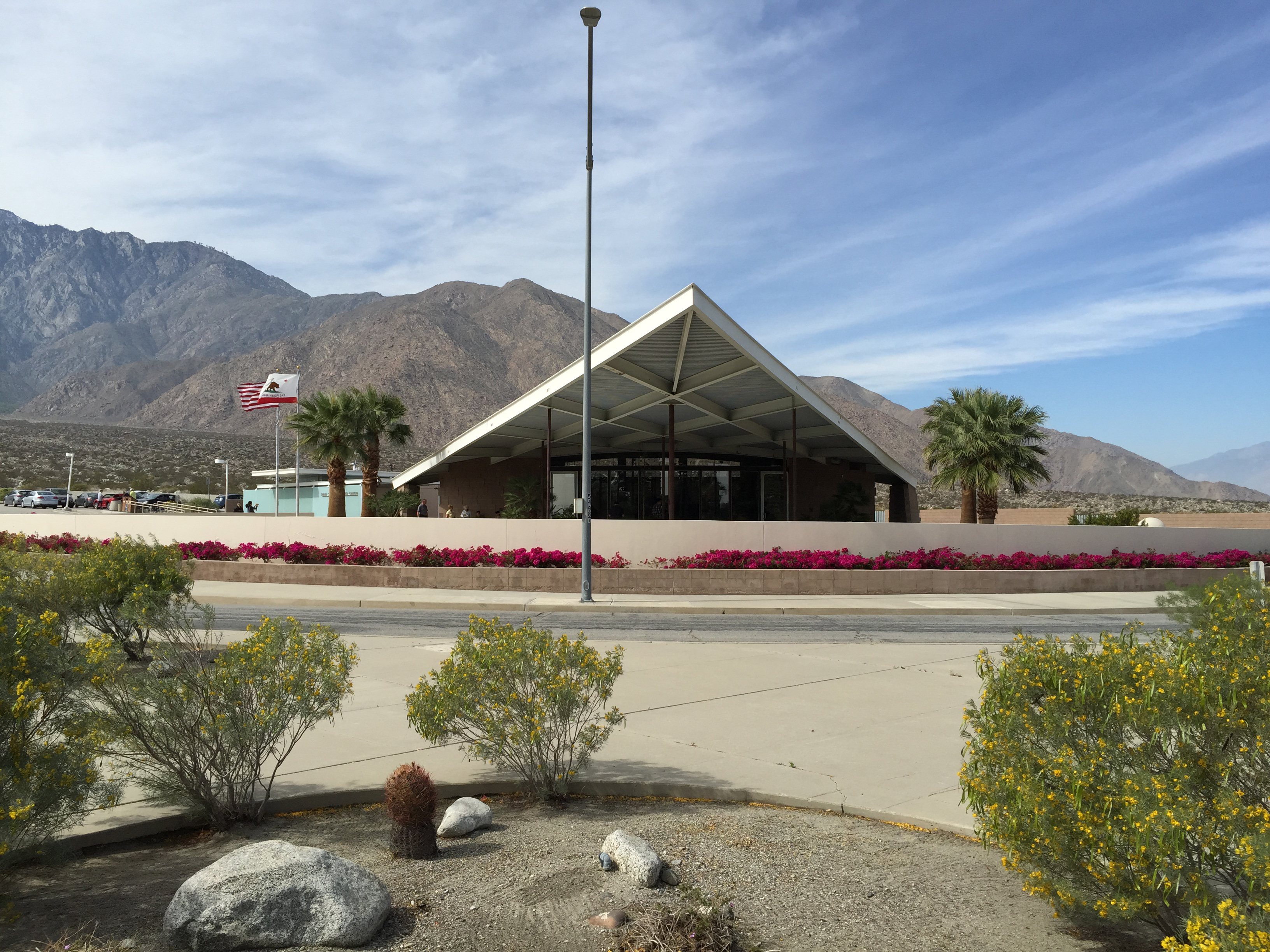 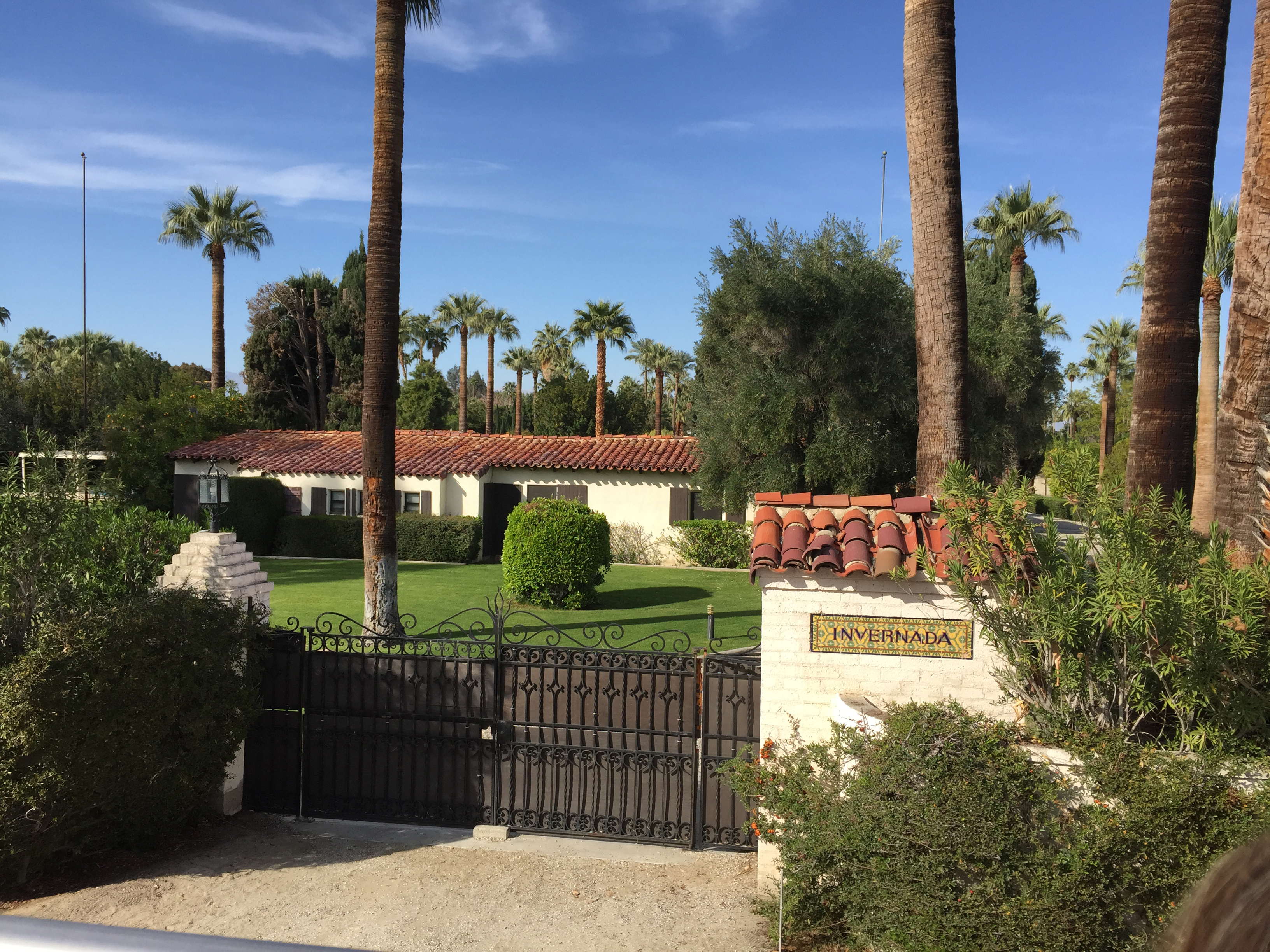 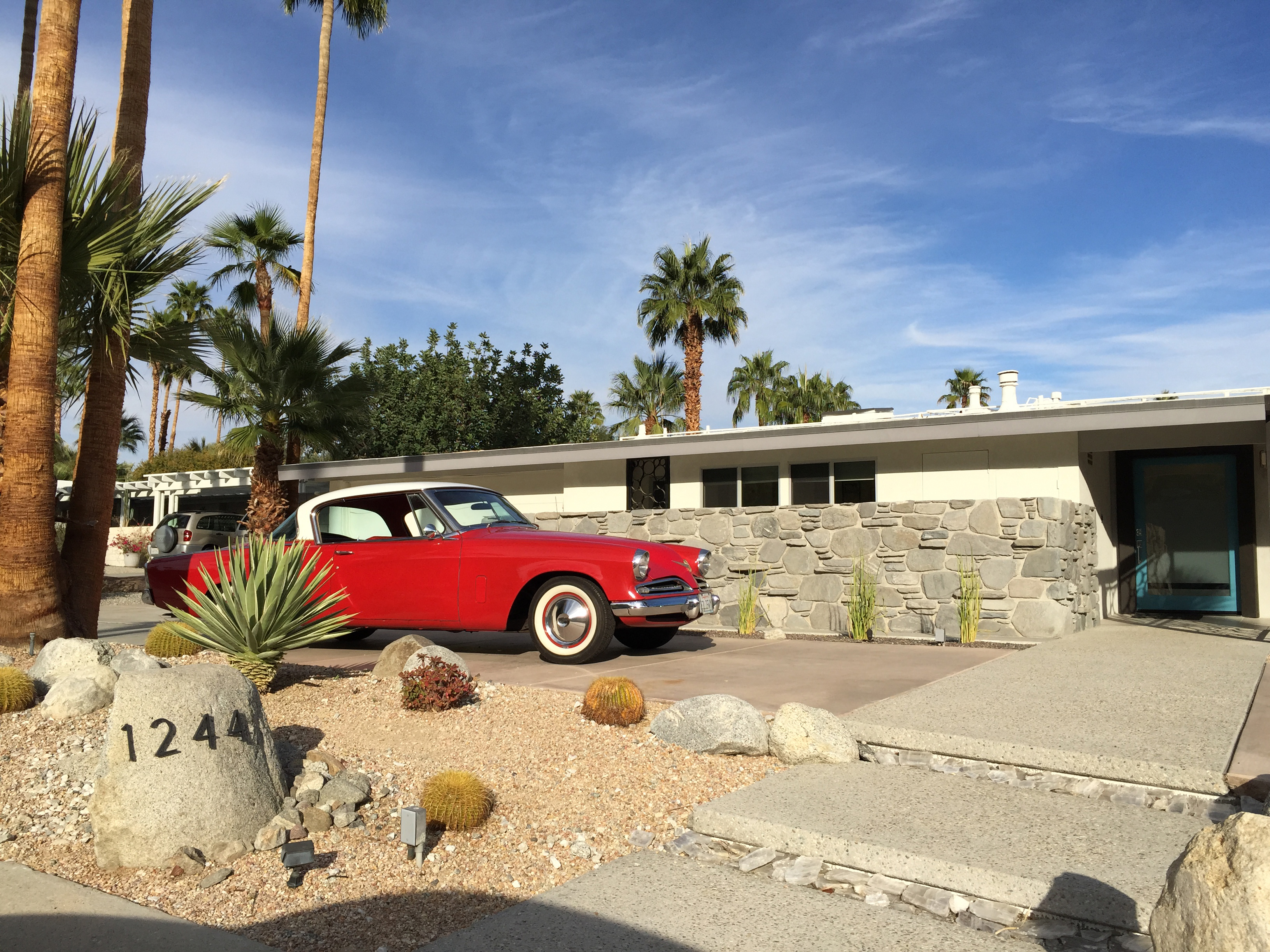 Helps to have a 53 Studebaker in front 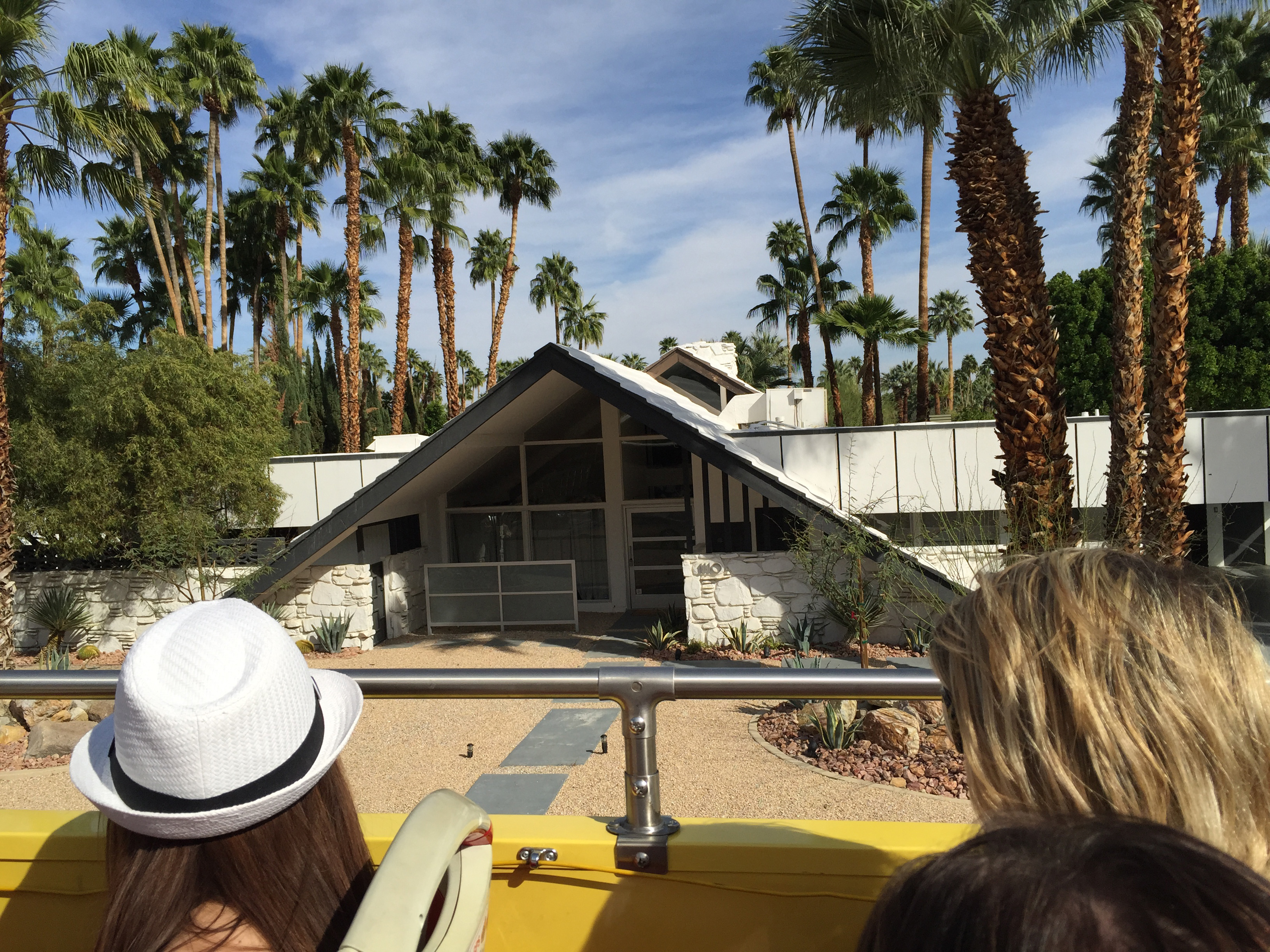 These are called “swiss miss” and have whacking great front gables

Now, this was sad – here is the site of the Spa Hotel, which used to look like this: 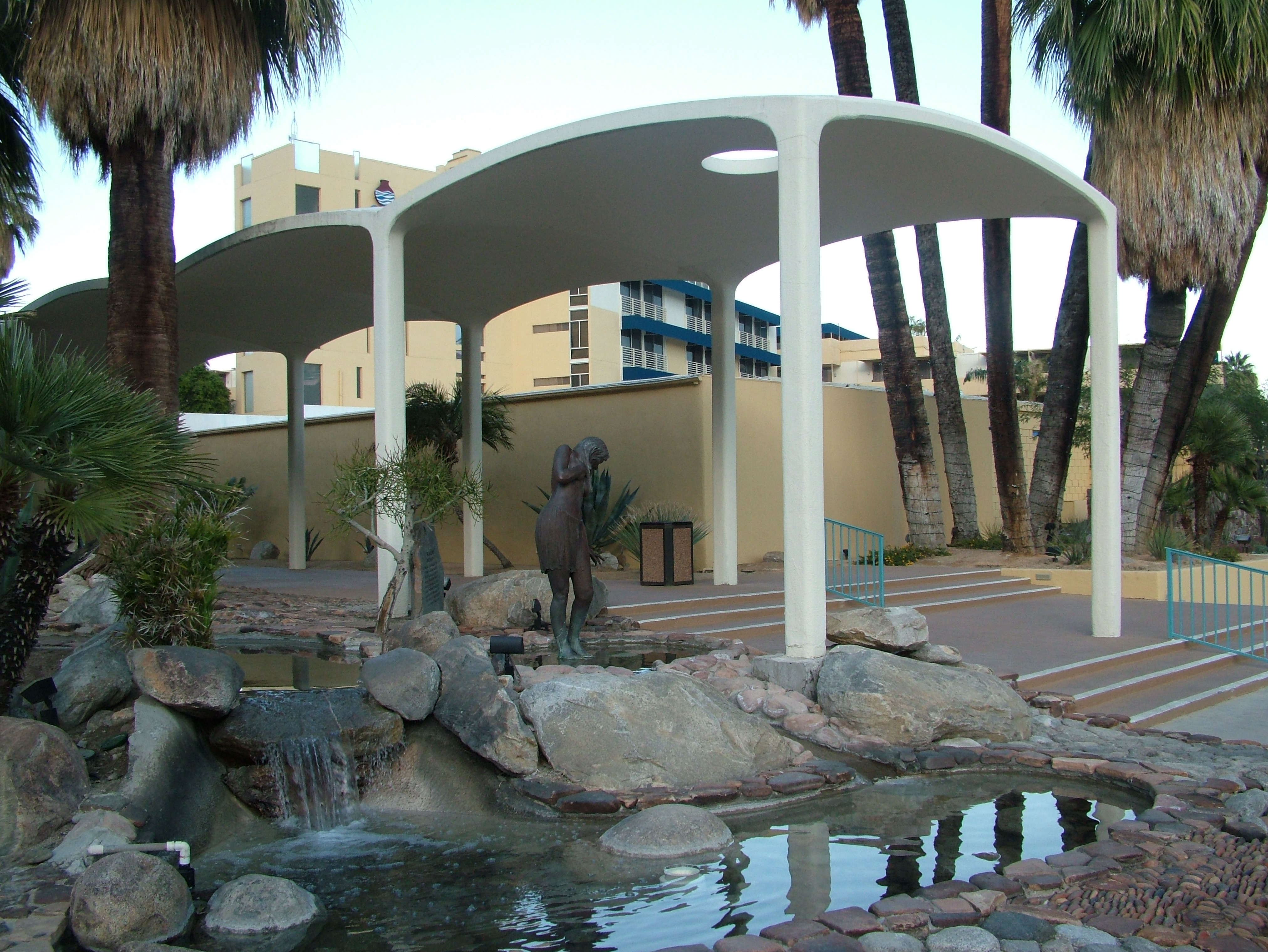 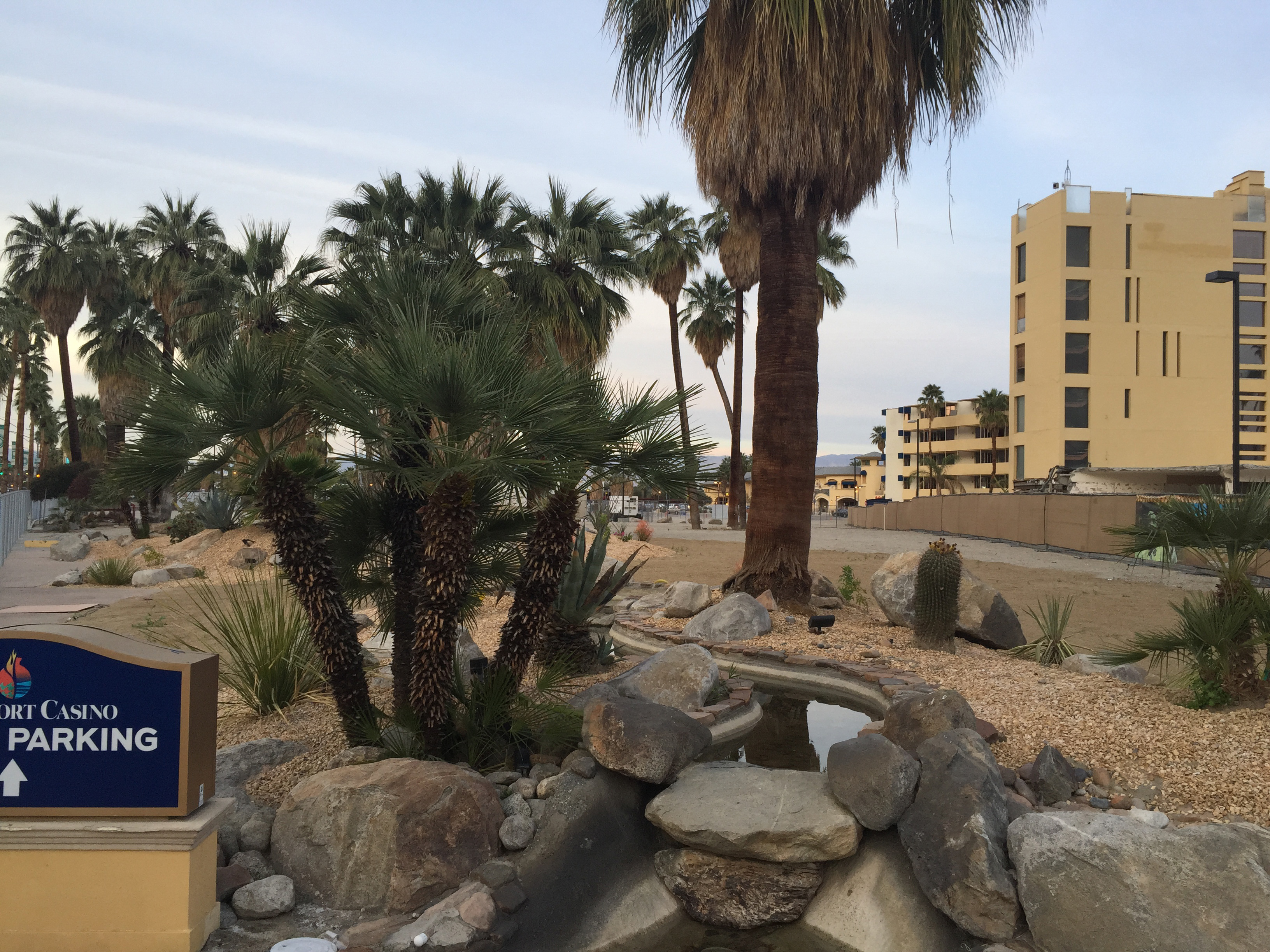 Yes, even the site where lakhs of Modernist mavens descend for ten days a year, they can’t always preserve what draws these doyens in….still, I don’t want to end on a negative, so let’s be upbeat and celebrate the desert paradise where flat roofs and ceiling-height doors and exterior showers are de rigeur. 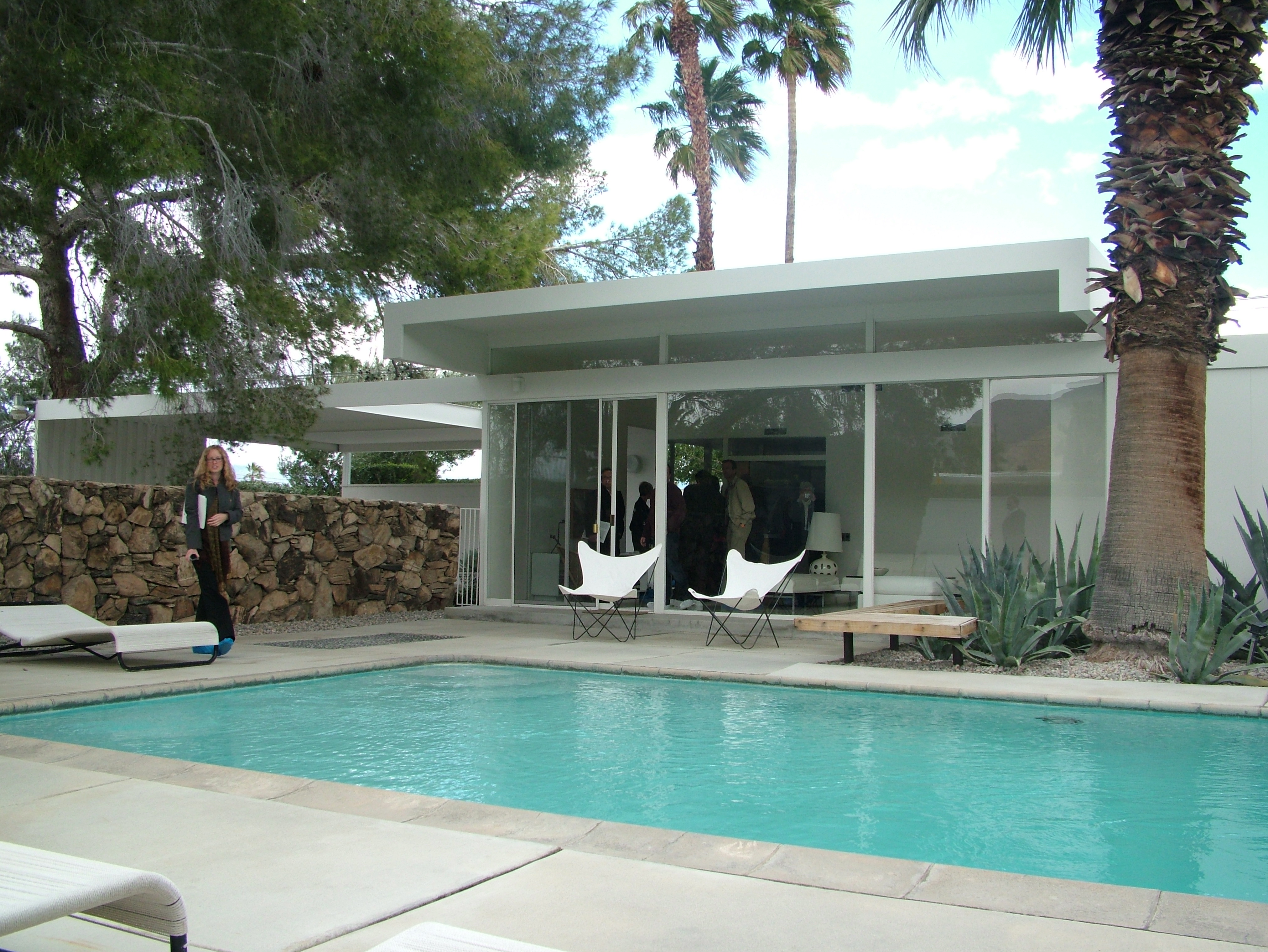 This is one of the great Alexander Steel houses (7 were built) which I photographed in 2011.  I met the owner who got one listed on the National Register recently – kudos Brian!! 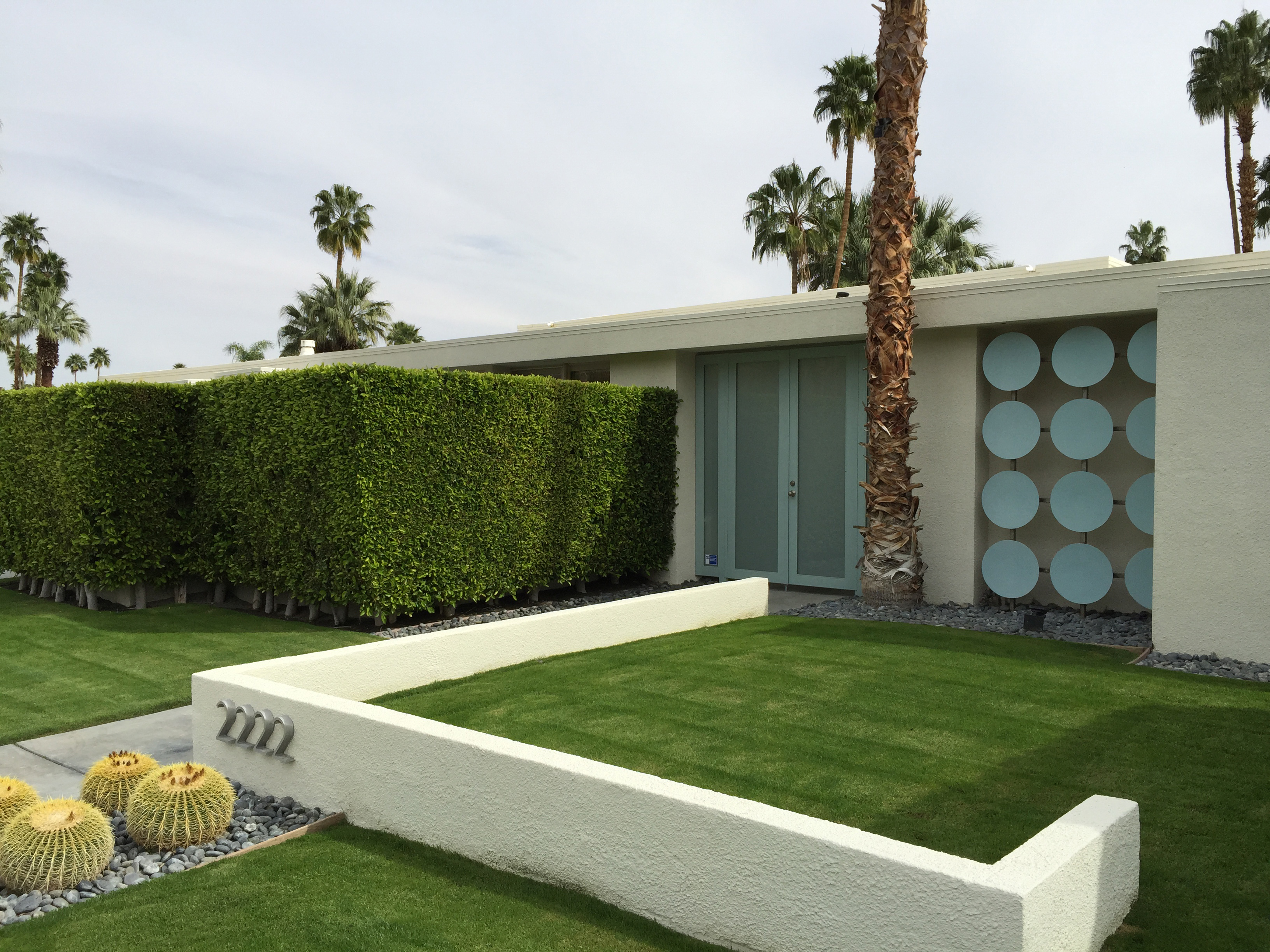 Nice one in Indian Canyons 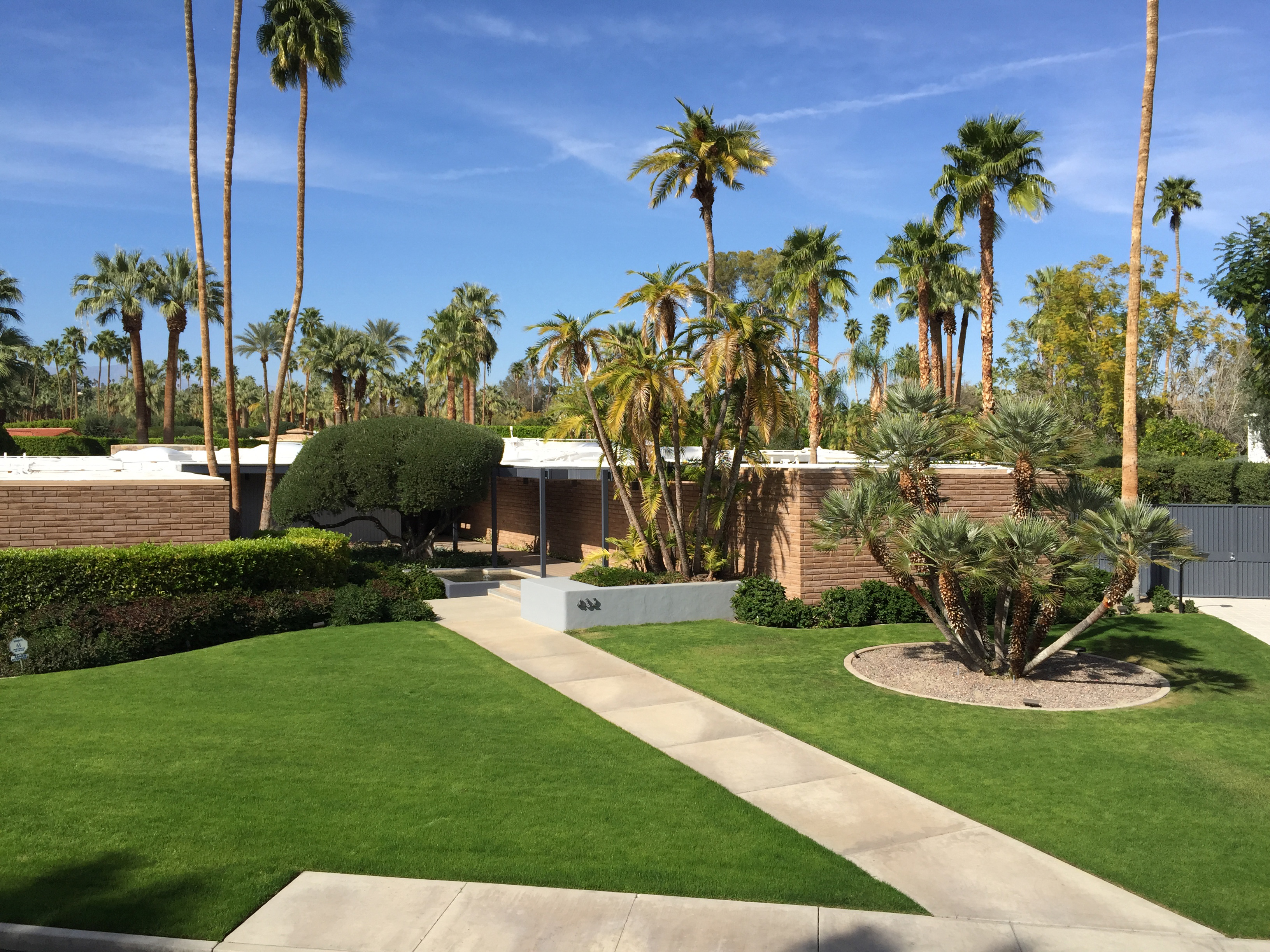 And a cool William Cody!!!