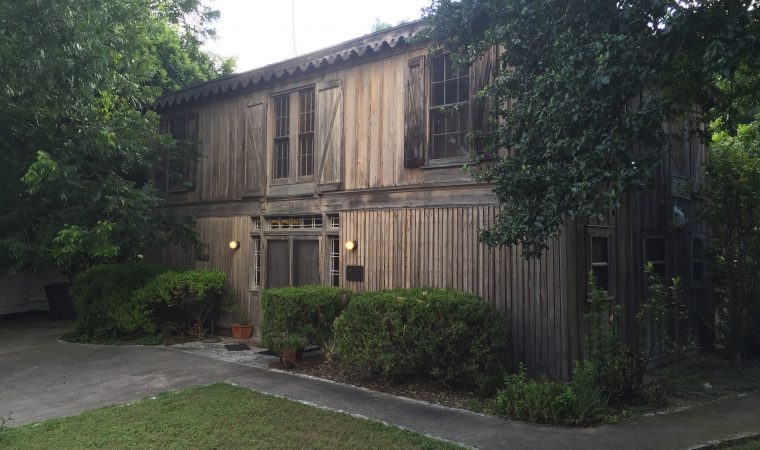 I am living in an historic building that was moved more than a mile from its original location, from the King William district, the first historic district in Texas.

This is the 1881 Oge carriage house, now located near the Yturri-Edmunds house, which is in its original location near Mission Road.  Our San Antonio Conservation Society moved the house here in order to save it.  On the same property we also have the Postert House, an 1850 palisado cabin which was similarly moved in order to save it from demolition.  In fact, I remember very well in 1985 when San Antonio set a record for moving the largest building that had ever been relocated on wheels, the 1906 Fairmount Hotel. 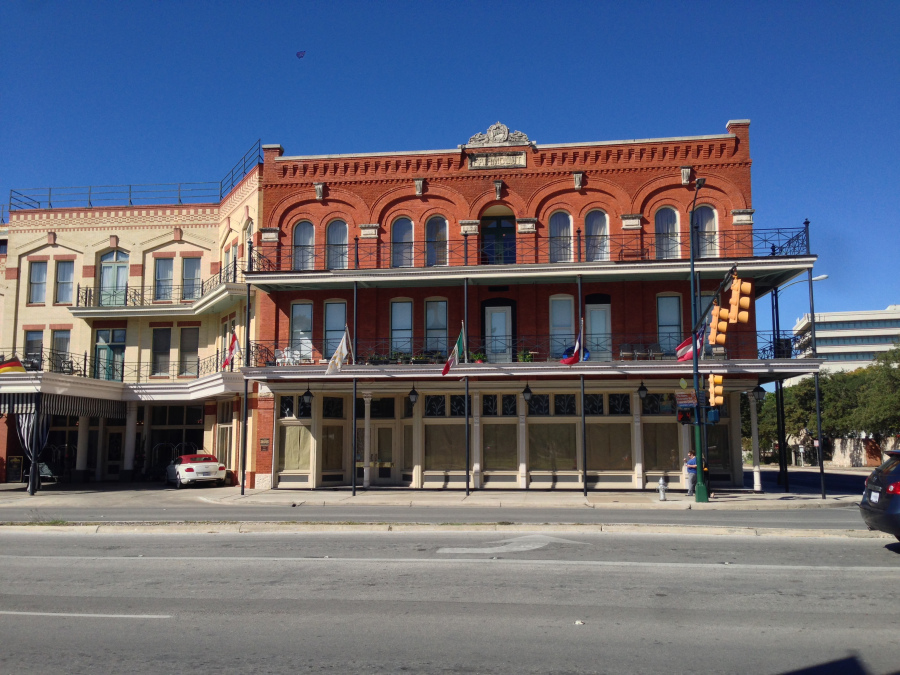 Moving a 3.2 million pound building was an impressive feat, and like most preservation feats in San Antonio, it was an achievement of the San Antonio Conservation Society, who instigated the move, got the City behind it, and loaned developers money to cover operating shortfalls.  It was the largest building moved ON TIRES and it made a huge splash, but we need to recall that moving buildings – on rails or logs, was exceedingly common in the past.  A few blocks away you can see the former Alamo National Bank building, a five story building constructed in 1902 and then moved in 1913 to accommodate the widening of Commerce Street.  It then had three more stories added. 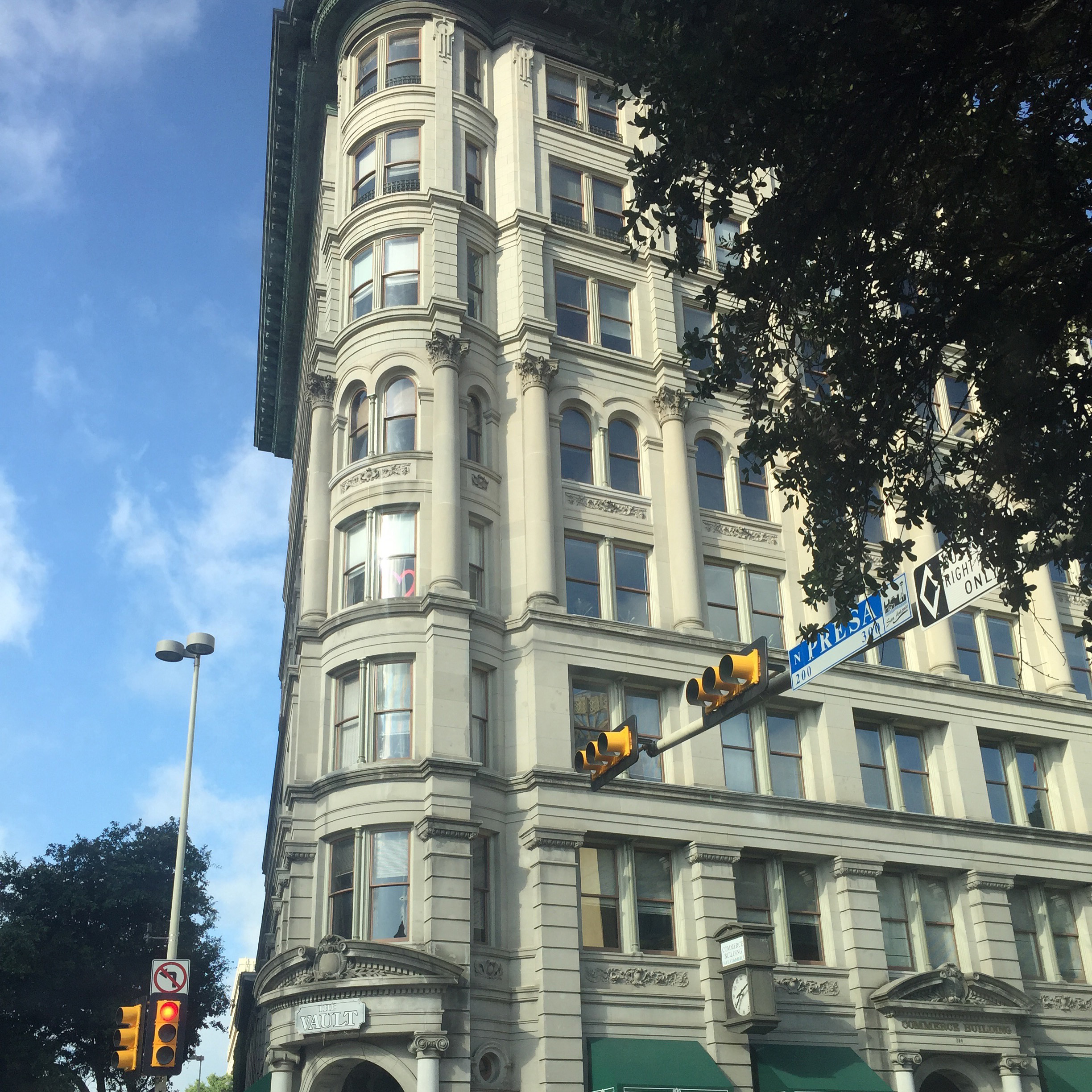 Moving buildings was much more common in the 19th and early 20th centuries, even though the technology was more limited.  Part of the reason is economic – back then the improvements could be more valuable than the land.  Also, people prior to 1946 were less wasteful.  And those buildings were built to last.  I actually lived in an 1872 house that had been moved – only a hundred feet or so – in 1878. 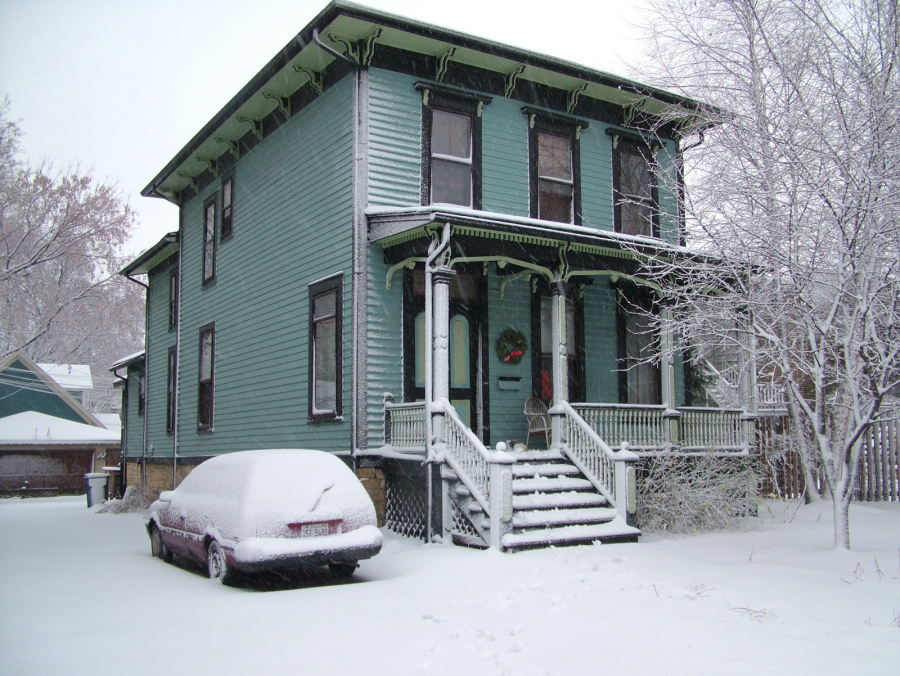 This is the only non-San Antonio photo in this blog.  Obviously.

Some San Antonio buildings have moved more than once.  Trekking from the Main Plaza past City Hall toward Market Square, you will encounter the O. Henry House (not to be confused with the O. Henry House in Austin) where the famous writer lived while editing his newspaper The Rolling Stone. 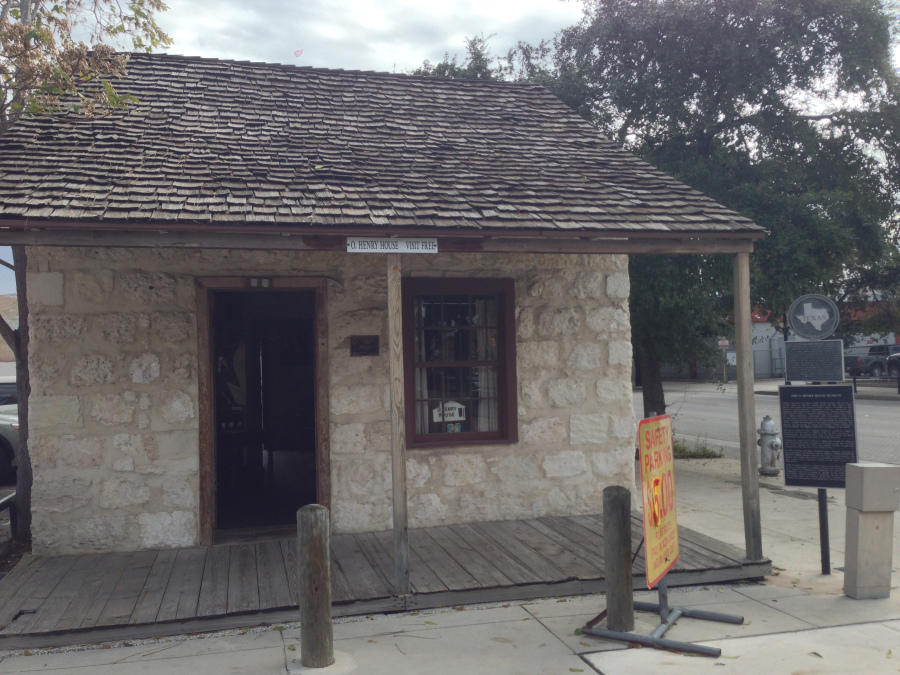 Well this is one peripatetic house.  Originally it was over a mile away on South Presa Street, and threatened with demolition in 1959, the San Antonio Conservation Society arranged to have it moved to the Lone Star Brewery where it was part of a museum collection until the brewery closed in 1997, at which point it moved to this downtown location and is again a museum.

San Antonio has been saving buildings by moving them for so long that when they staged their World’s Fair in 1968 its distinctive feature was the re-use of some two dozen historic buildings.  Many more were lost, and some of those promised to be saved, like the stunning Greek Revival Groos House, were demolished by neglect or deceit.  Yet at the end of the day it was the first World’s Fair to invite historic buildings to the party, a fact celebrated by no less than the New York Times’ architecture critic Ada Louise Huxtable. 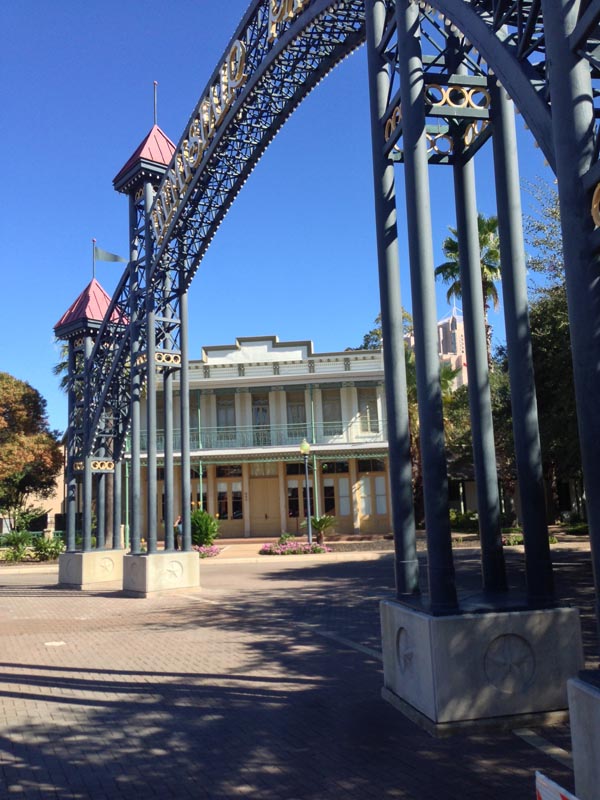 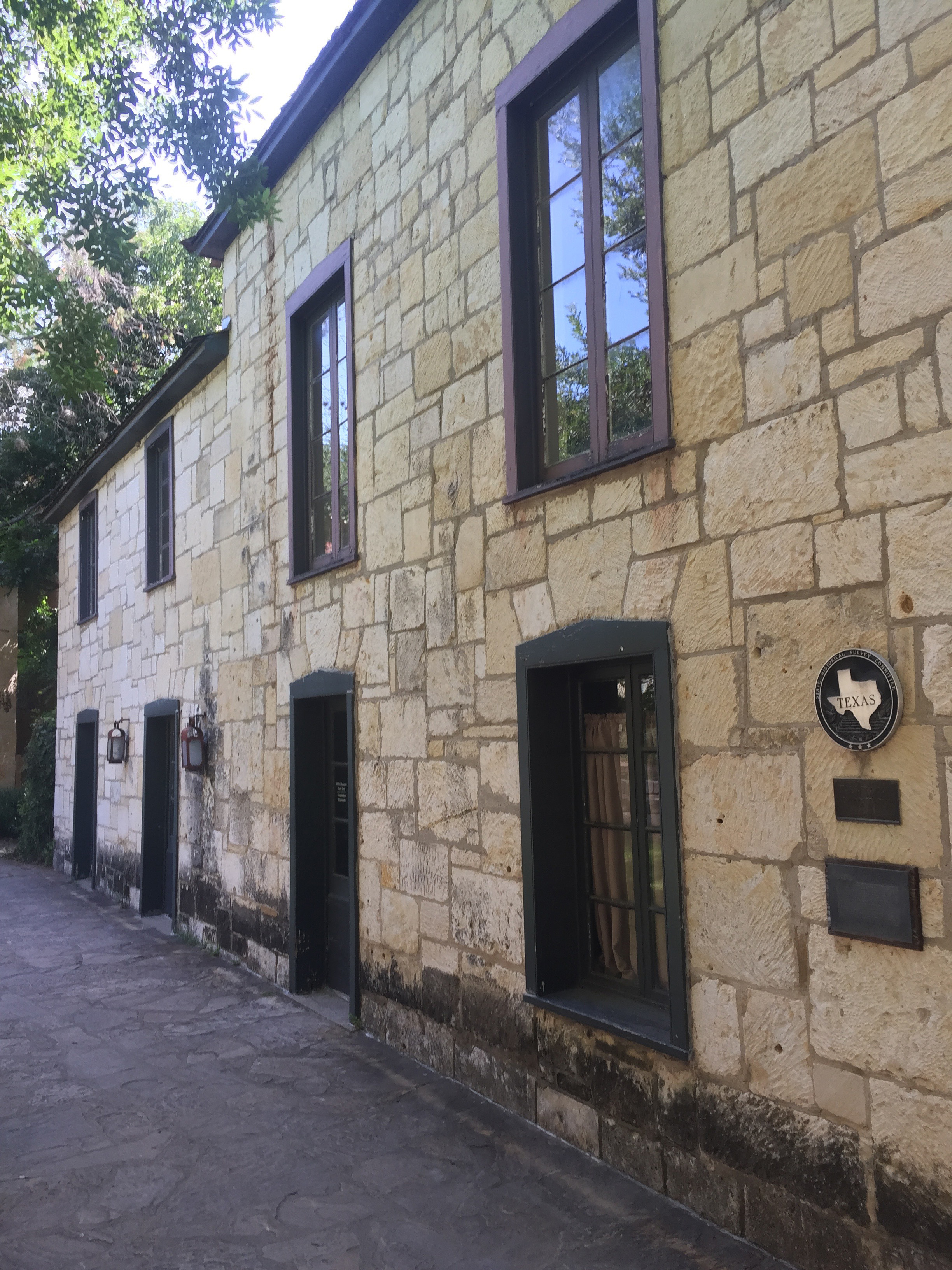 This is the stone Twohig House, built in 1841 and reconstructed on the grounds of the Witte Museum in Brackenridge Park exactly one hundred years later, with furnishings provided by the San Antonio Conservation Society.  The Witte actually has several buildings in what I once derisively called “a petting zoo” of historic buildings, including this lovely Onderdonk Studio and the Ruiz House, which is adaptively reused as the Witte’s gift shop. 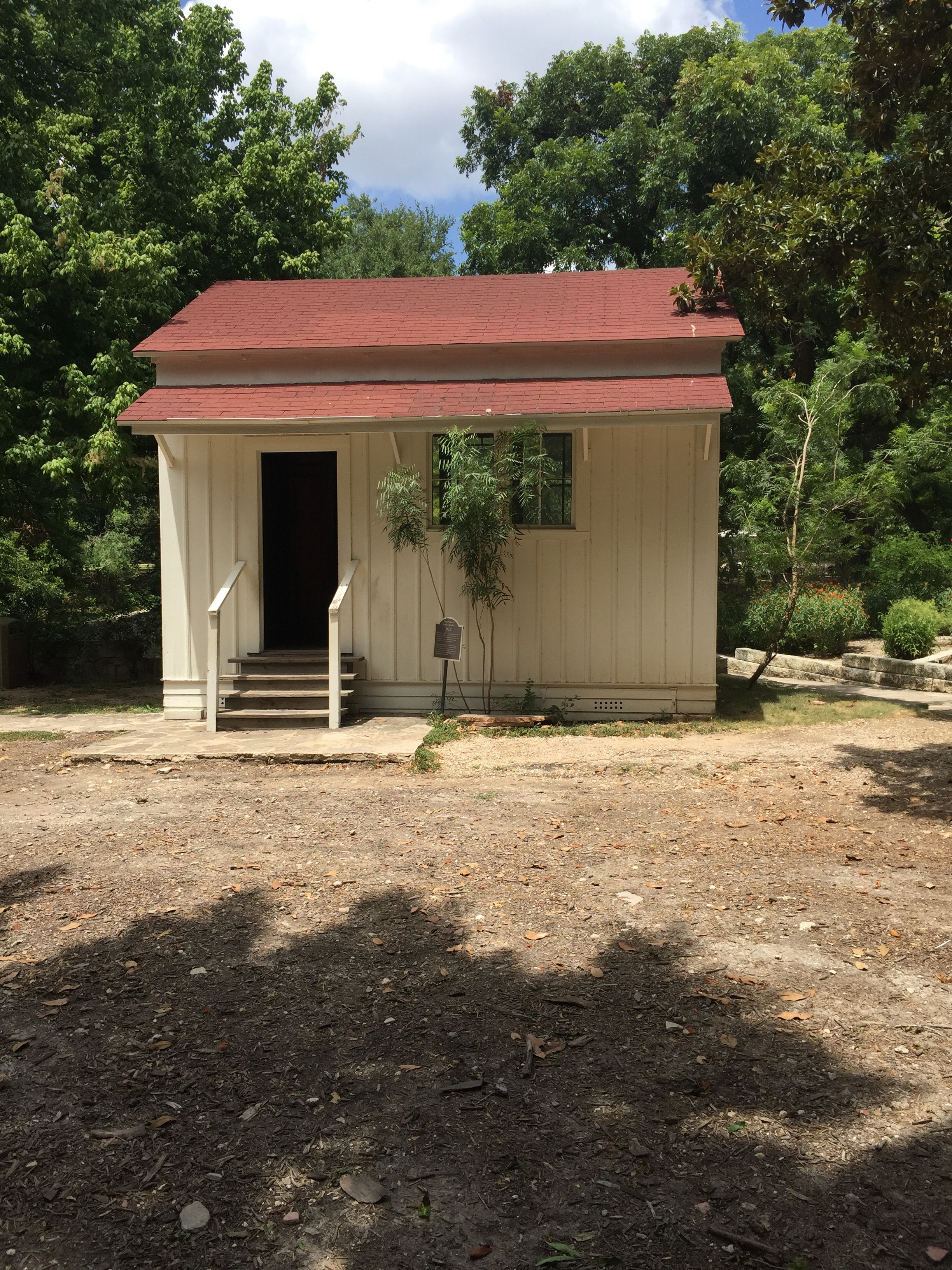 I have been to the first “petting zoo” which Artur Hazelius created in the 19th century in Stockholm Sweden.  The purpose there was to preserve an understanding of rural heritage in an increasingly urban society.  The houses at the Witte are connected to the interior exhibits on local history and thus well interpreted, but the whole question of moving buildings is problematic in the heritage conservation world.

The basic idea is that moving a building destroys the CONTEXT, the sense of PLACE.  We do not consider these art objects as much as PLACES, so our laws reflect that.  My carriage house and the little Postert House behind me are NON-CONTRIBUTING structures to the Yturri-Edmunds National Register nomination because they are not original to the site. 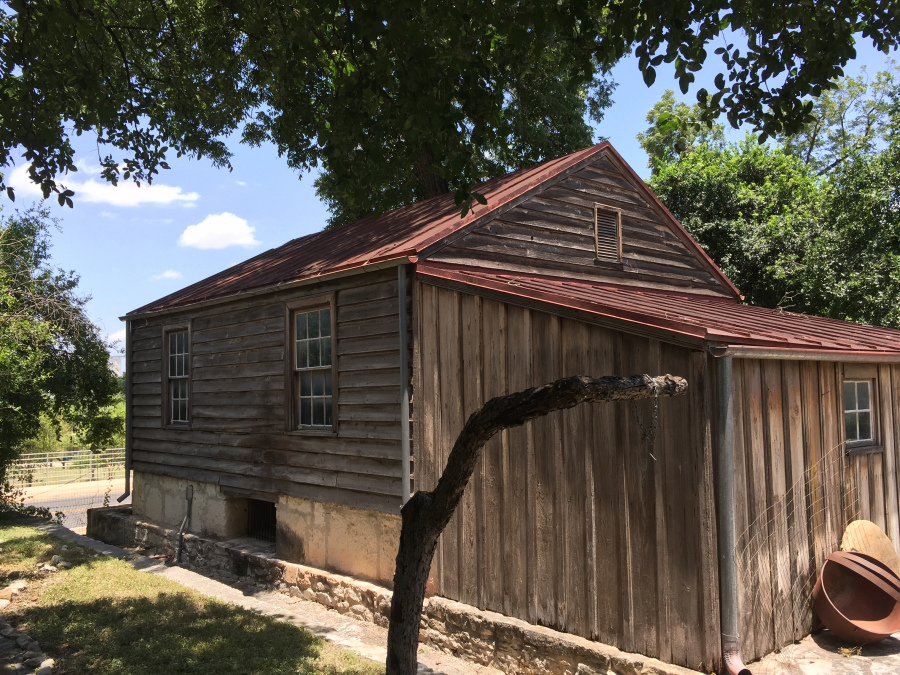 This is the Grist Mill at the Yturri-Edmunds complex, and it is in its original location – but it is not the original building but a 1970s reconstruction on the original foundations.  Like relocated buildings, reconstructions also have a hard time becoming landmarks.  The challenging conceptual bind is this – by relocating and thus saving the structure, we retain more knowledge and information about the past and can interpret it for the public.  But we have a harder interpretive job, because context has been lost, much as in the relocation of precious archaeological treasures.  Relocation is indeed a last resort, but sometimes it makes sense, like in the case of the Stuemke Barn, which we relocated behind our headquarters in King William because it was the only remaining building left on a downtown block being readied for a skyscraper.  In 1982.  The skyscraper isn’t up yet, by the way. 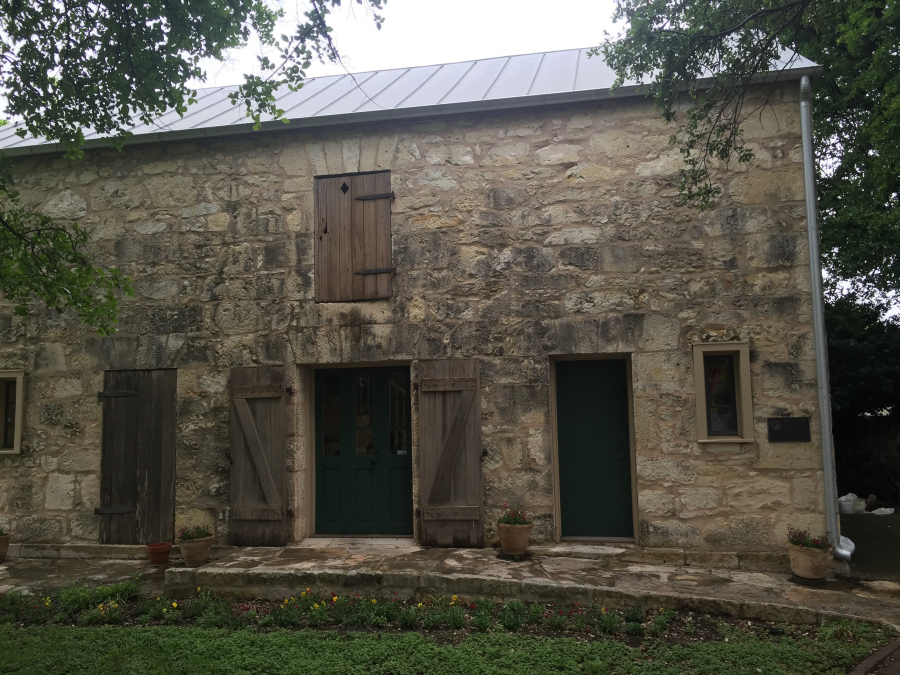 That’s the thing about big real estate developers – they don’t move as fast as us. 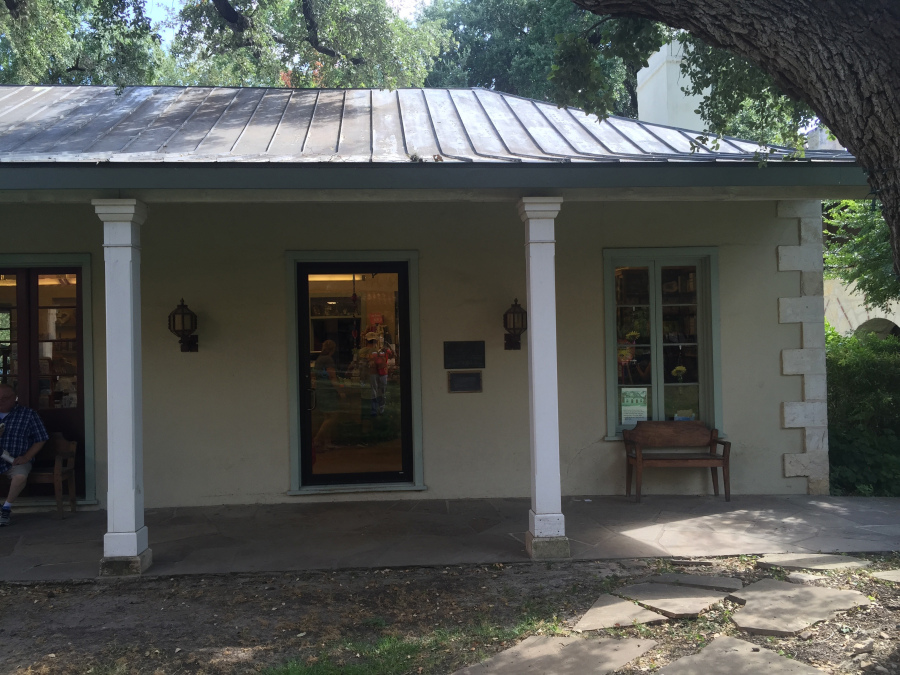 Ruiz House at the Witte Museum

Perhaps San Antonio has moved so many buildings because it feels the power of preservation much more than most cities, and has done so for much longer.  This is a community that will not stand by when an element of its built heritage is threatened.  Even if we have to number the stones and reconstruct it, even if it must move a mile or more, we are not willing to simply document what was – we want it as part of our future.