Authenticity, Technology and more places in the heart 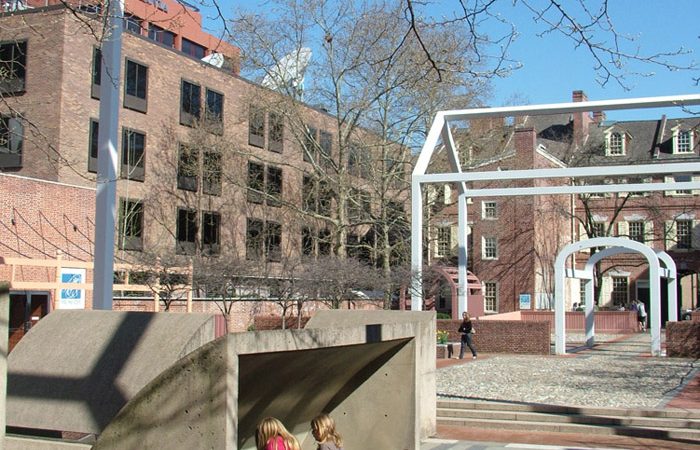 Old school.  Not enough room on the sign for the whole story, so you have to turn it over…

Last month I wrote about Colin Ellard’s work, the neuroscience of why historic buildings and good design are better for your physical and mental health than the frequent monolithic stretches of our contemporary streetscape.  You can read it here.

At that time, I promised a follow-up blog about how technology – including the kind that allowed Ellard to do his studies – also offers new possibilities for interpretation.  I taught historic interpretation classes for more than a decade, and I have always been fascinated by every kind of historic interpretation, from big bronze signs and statues, to performances and interactive displays. 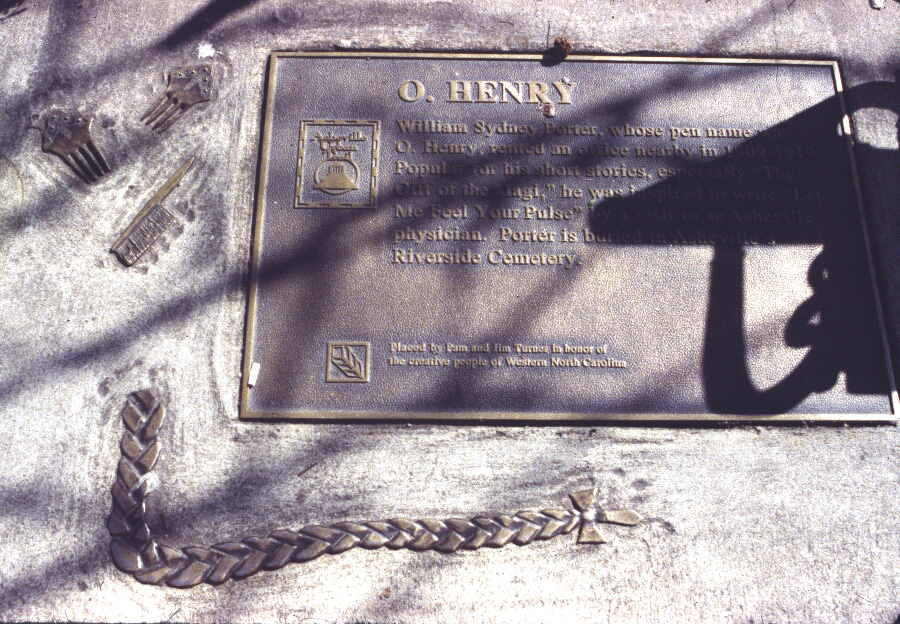 The sidewalk sign, where most people are looking anyway.. 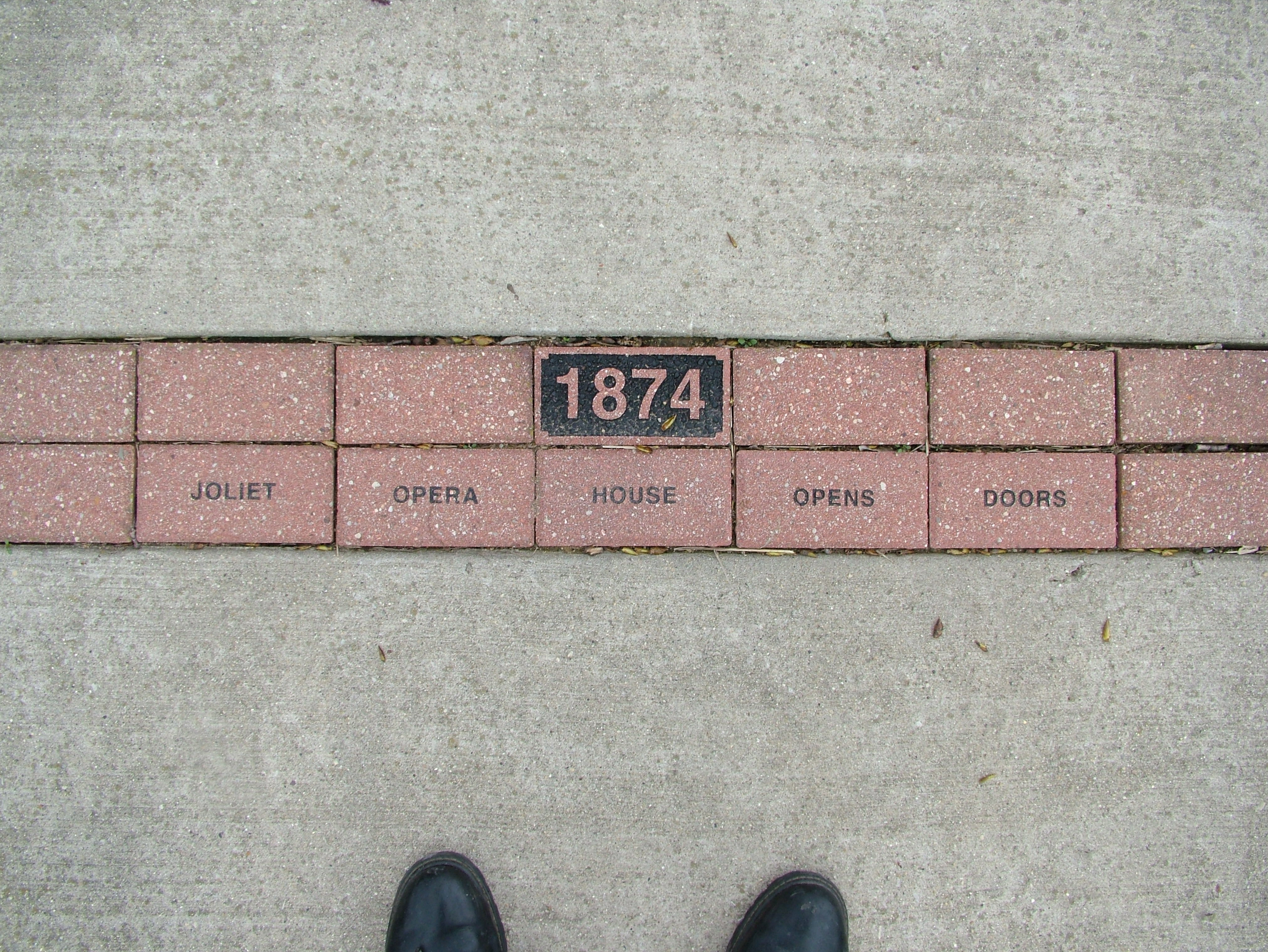 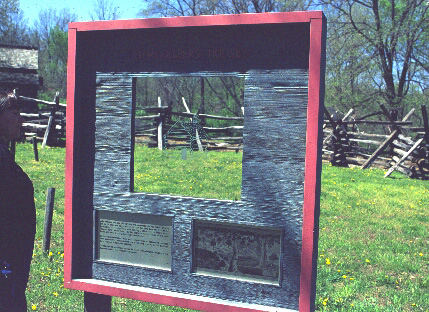 Or this sign at Lincoln’s New Salem, which allows you to see a building in the landscape without foolhardy reconstruction. 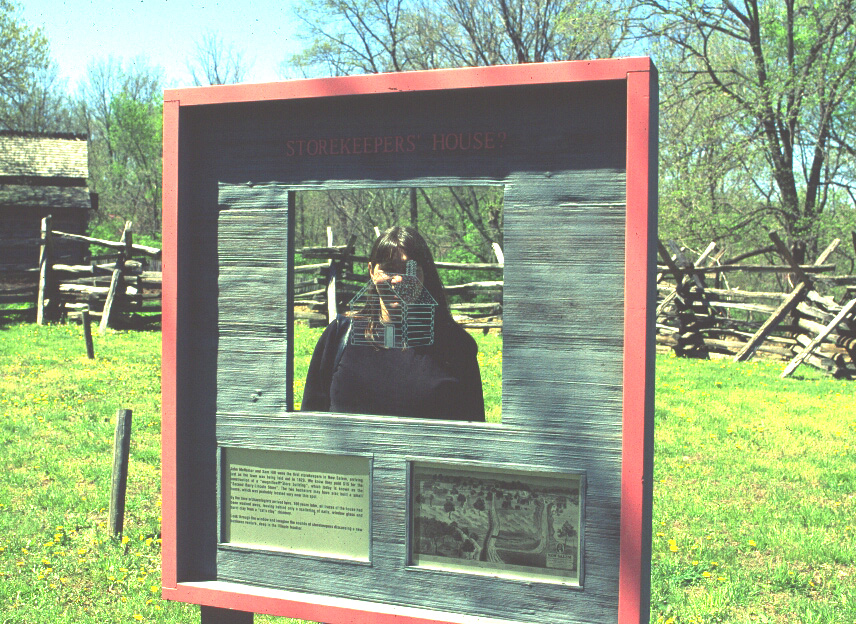 Or see yourself in the landscape…

So, at the World Heritage San Antonio Missions, you have the typical graphic interpretive signs used by the National Park Service, which do a nice job conveying how things were when we are faced with largely ruins, and like a magazine they combine drawings or photos with text to engage people. 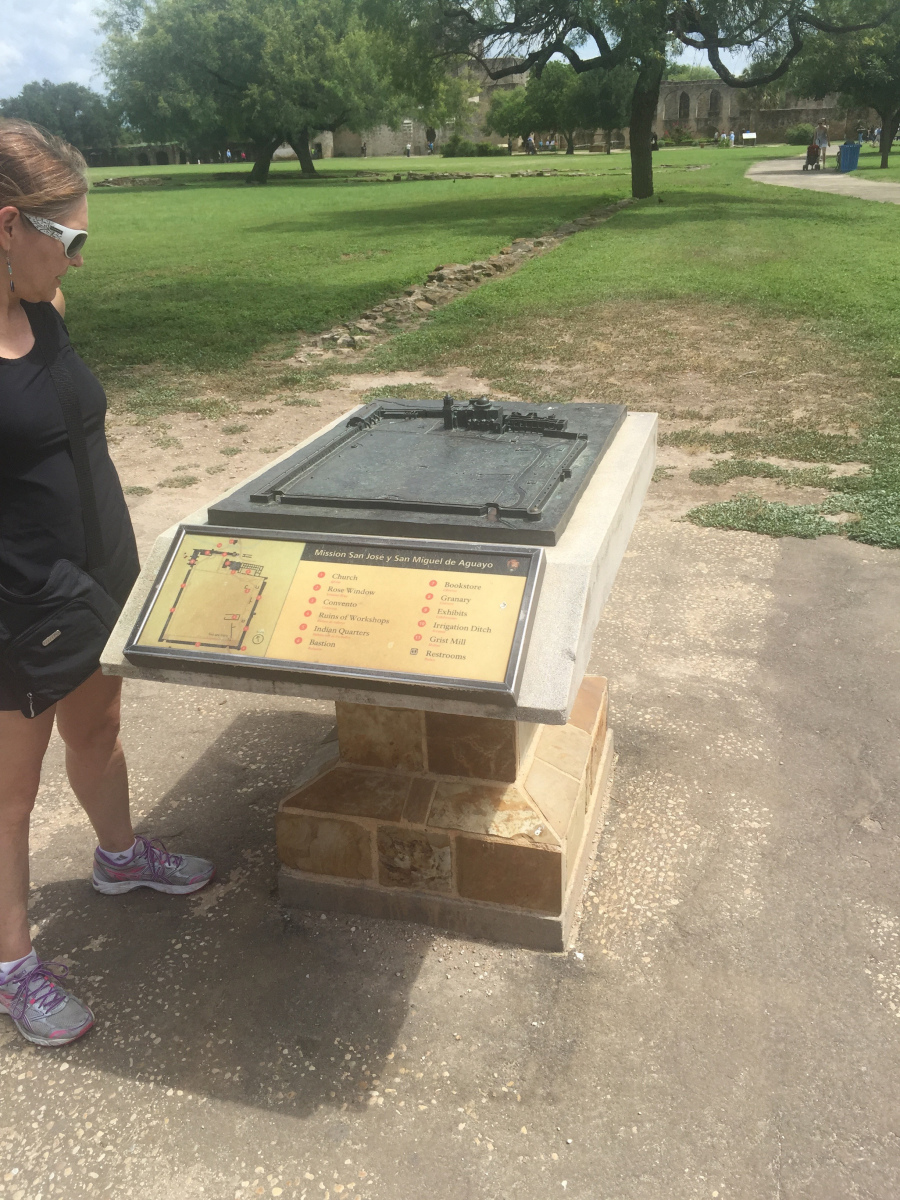 You also have the metal models that have been used for decades to help interpret sites for the vision-impaired, and indeed at some of the missions (San Jose and the Alamo) there are large dioramas and models of the missions interpreted at various points in time.  Indeed, this sort of interpretation dates back 80 years to when the San Antonio Conservation Society was helping save the missions for the first time. 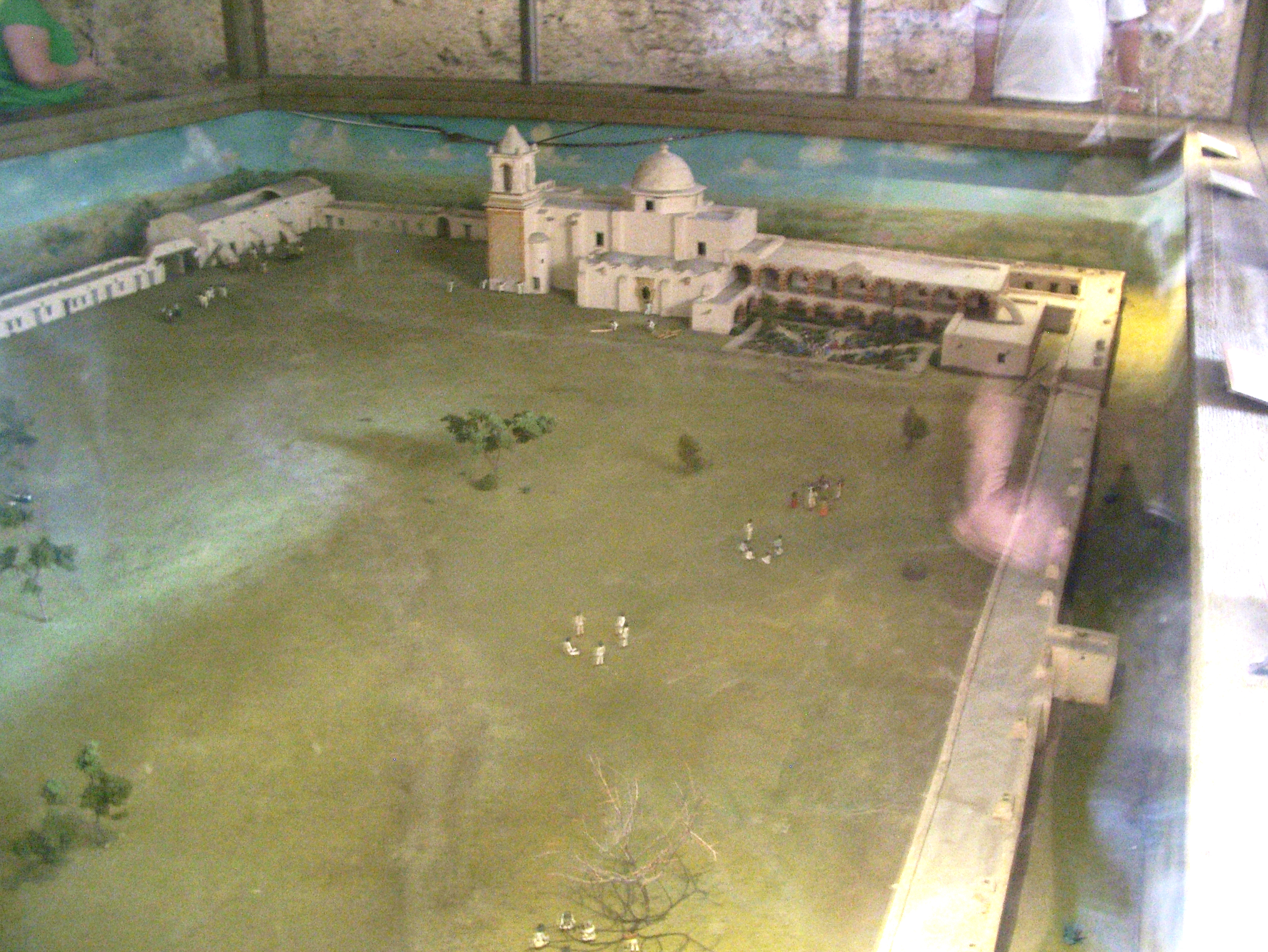 Other interpretive elements include the 21st century version of  those trippy narrated “laser light shows” you would see at historic sites in the 1970s.  Here in San Antonio you can go down to the San Fernando Cathedral on a weekend evening and see the history of the city projected onto the cathedral facade.  Next weekend (September 9) you can go to Mission San Jose and see its original 18th century colorful al seco decoration reappear “Restored by Light”. 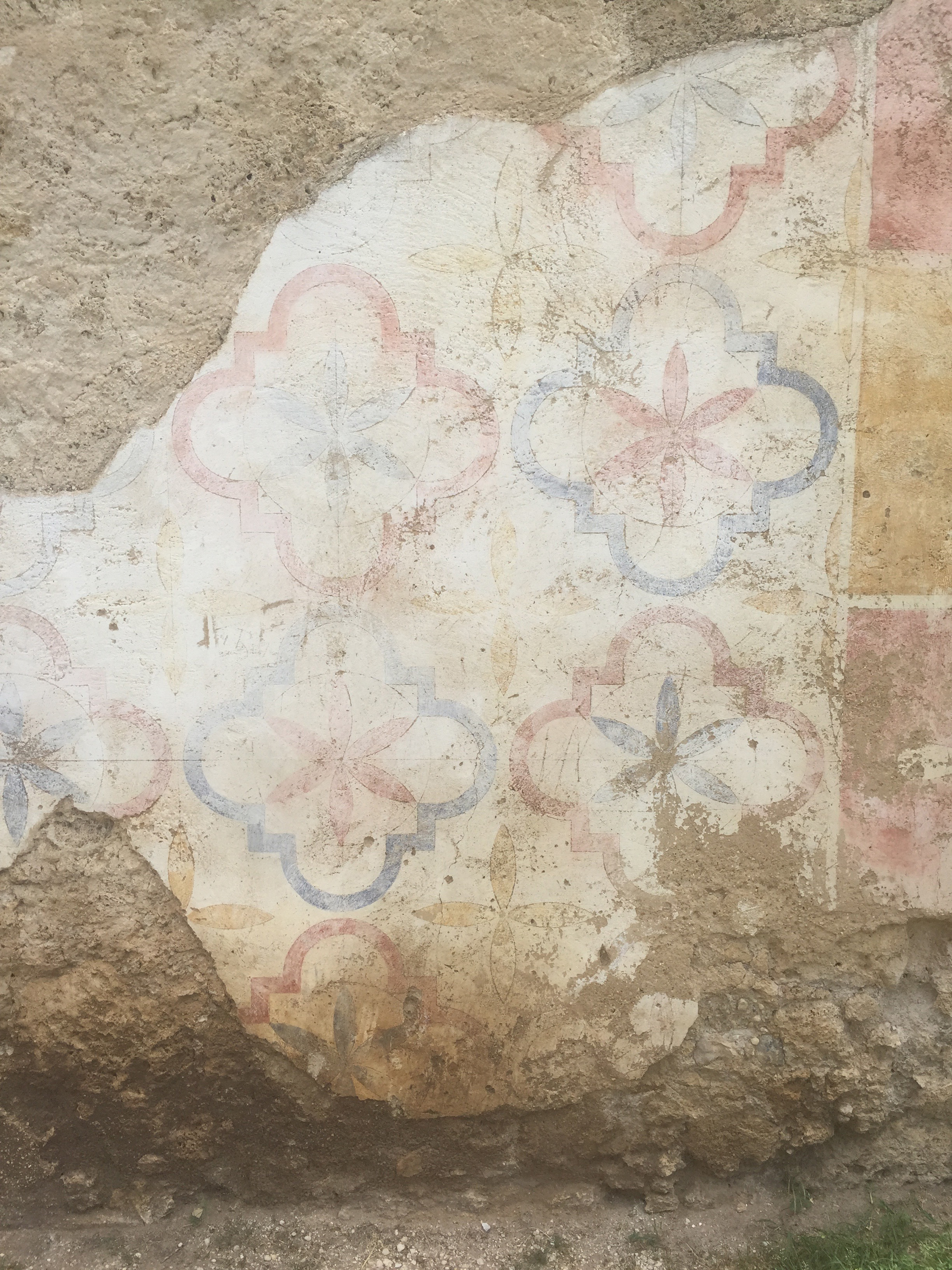 Now back to Colin Ellard.  The promise of our current era, which is less than a decade old, is the interpretive potential of our smartphones.  I remember discussing the use of cell phone for interpretation at an international conference back in 2007, in Sweden, and that was before the advent of the photographic and videographic potential of the smartphone. 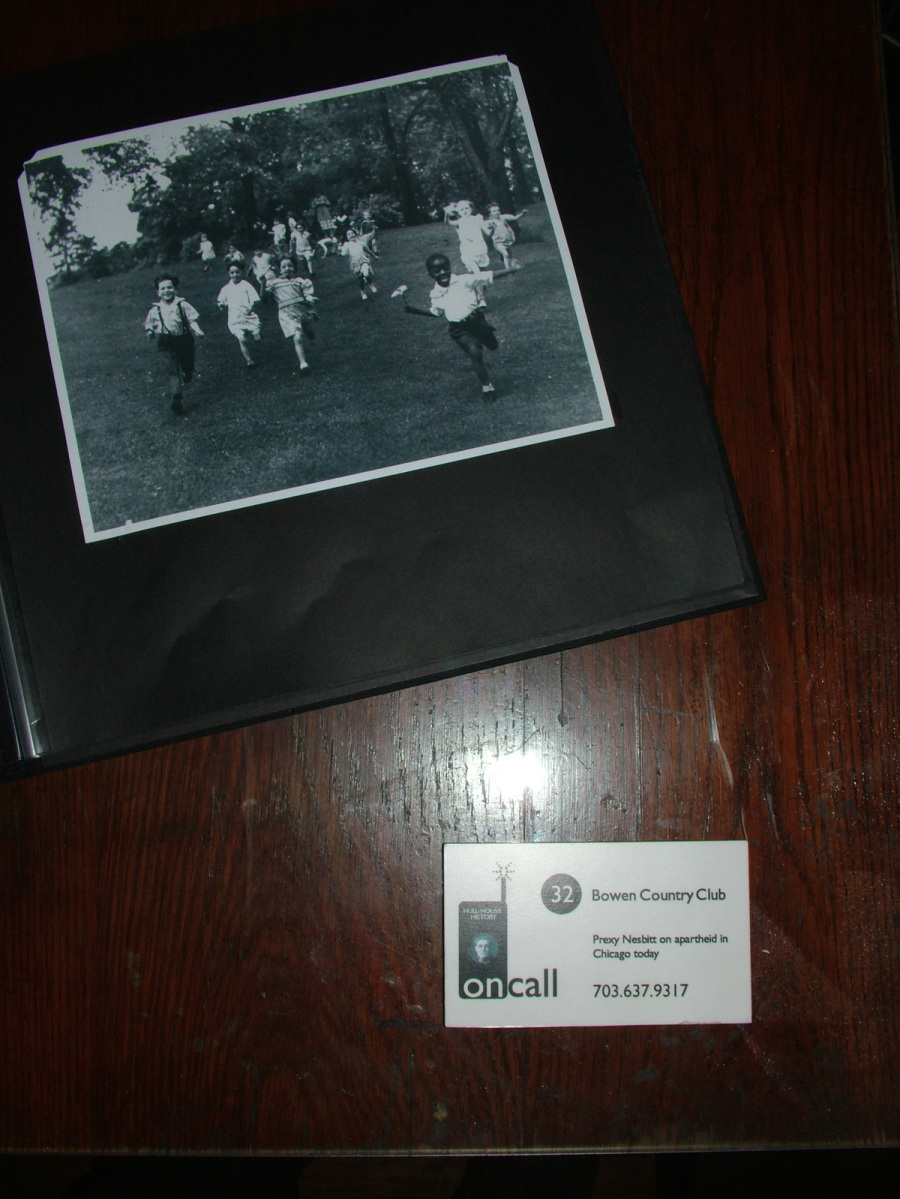 At that point, your phone could be a narrator only.  But that has all changed.

For a century or more the most immersive way to interpret history was the living history museum, the first being Skansen, founded by Artur Hazelius in 1890 in Stockholm, Sweden replete with relocated buildings and costumed interpreters. 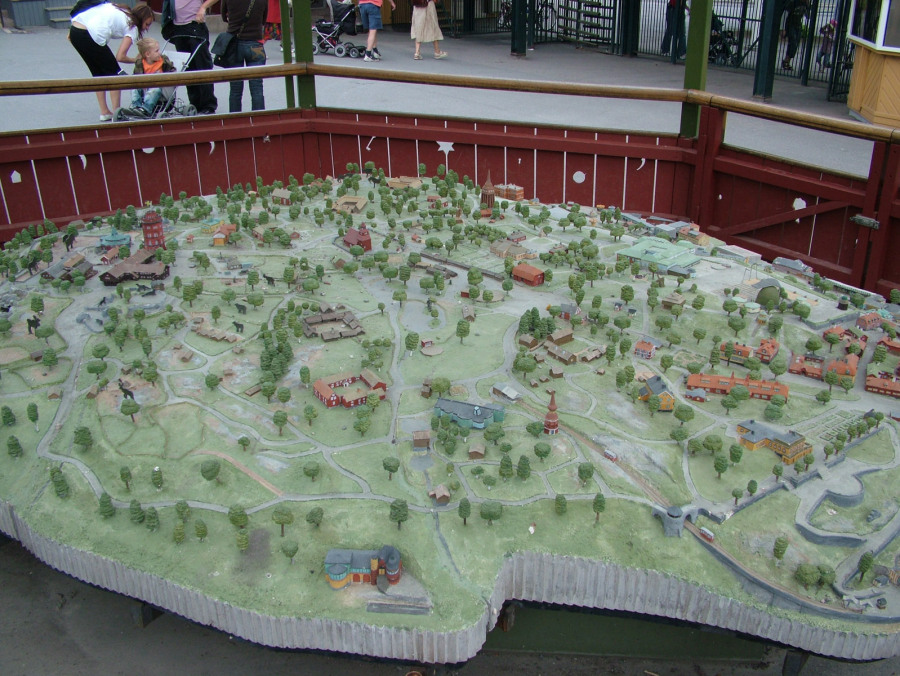 Living history museums remain popular because they follow the old museum model of preservation, where places are removed from the economic everyday and put under glass, if you will.  And first person interpreters give you the feeling of being in another realm, another place, another time. 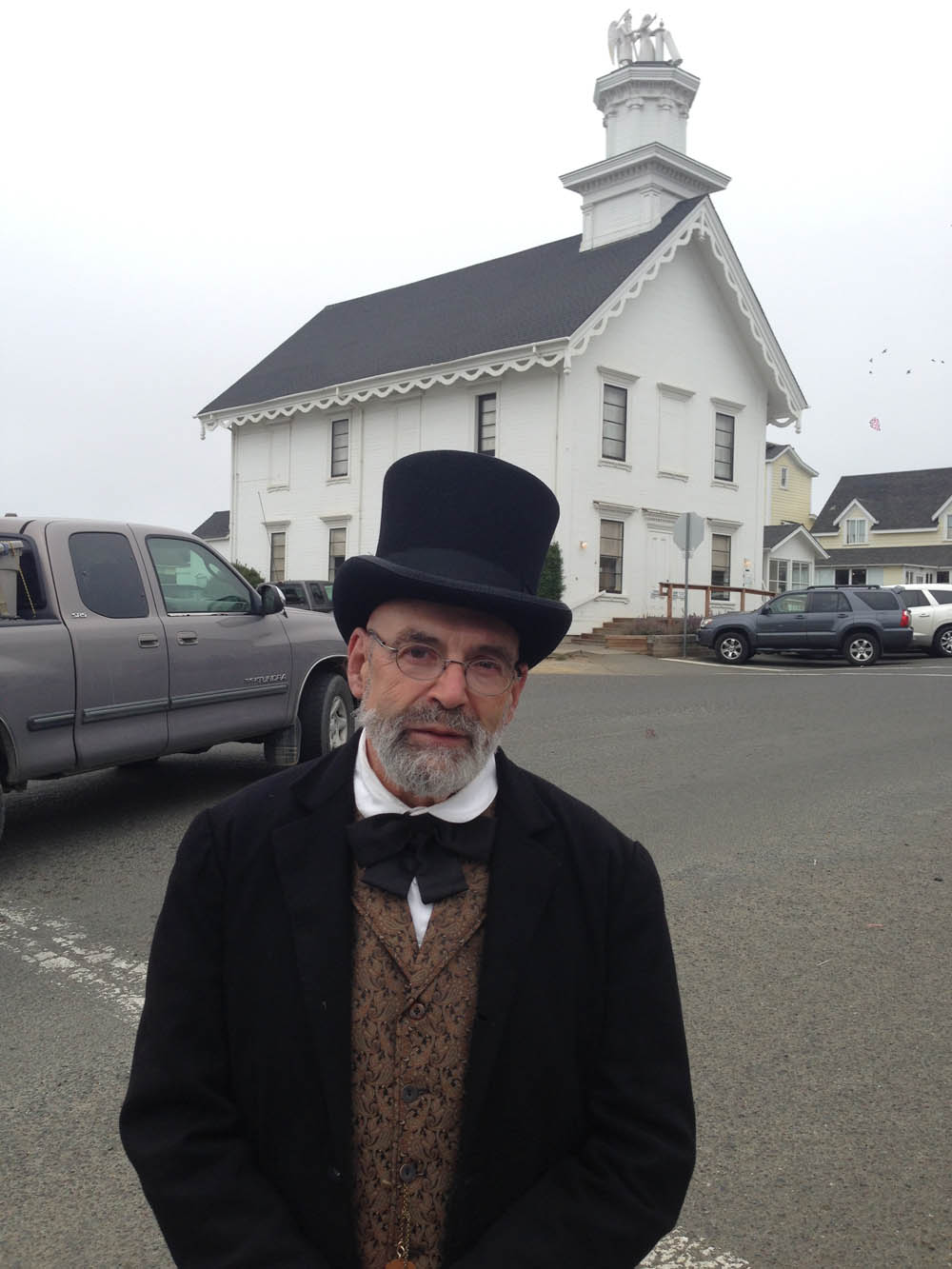 This kind of “first person” interpretation was popular because it was immersive, three-dimensional, and employed costumed interpreters who made history “come alive” because they were, indeed, alive, and we are more likely to engage with people than buildings. 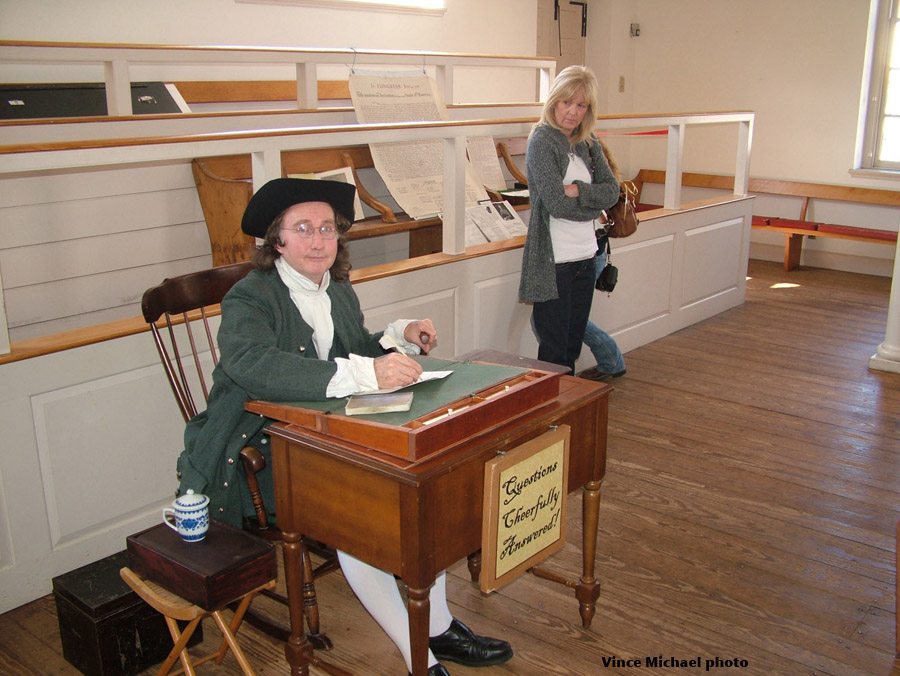 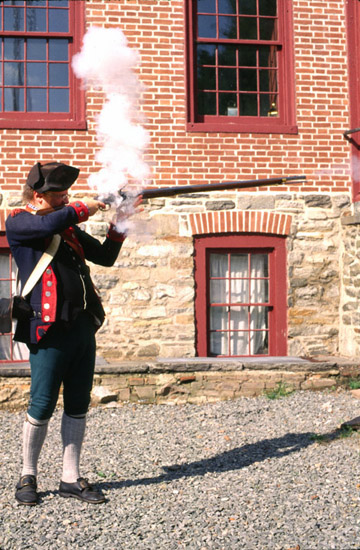 When I worked with Richard Rabinowitz of the American History Workshop 20 years ago we talked about “peopling the landscape” in a way that would mimic or substitute for an actual guide telling you the history of the place, or an actual actor reliving the history of the place.  Ellard calls this “presence” and looks to the technology of the 21st century as a way to bring the first-person perspective to interpretation of historic sites in our user-defined world. 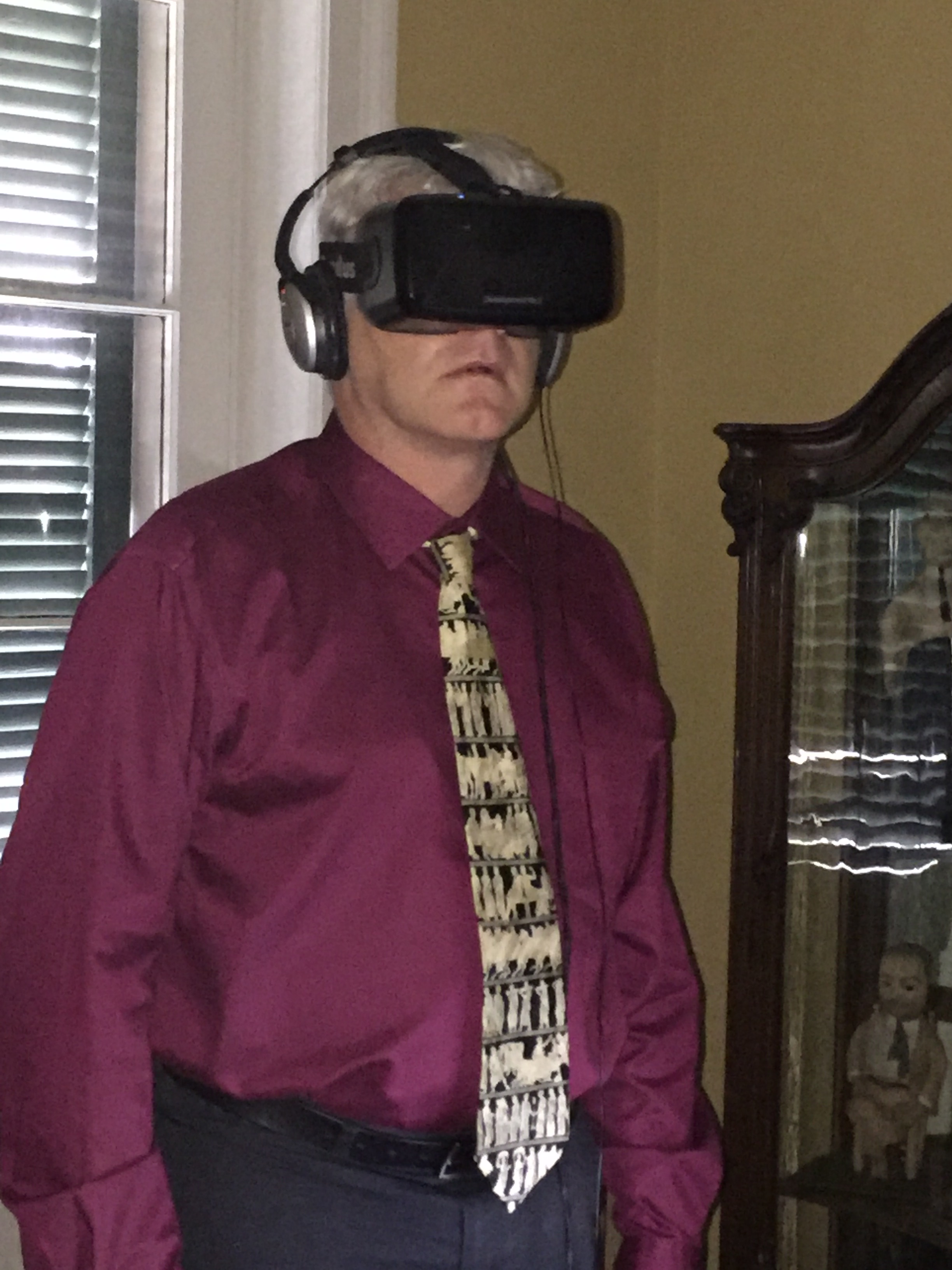 Since even before Sweden in 2007, we have been touting Virtual Reality, a personal immersive environment that mimics the sights, sounds, and haptic experience of actually experiencing something.  Thirty years ago in York, England they created an indoor Viking village of AD 1000 full of smells and sights and sounds, kind of a carnival ride of immersion.  But that was nothing like what you can do today, where the user’s actions and movements actually manipulate the experience. 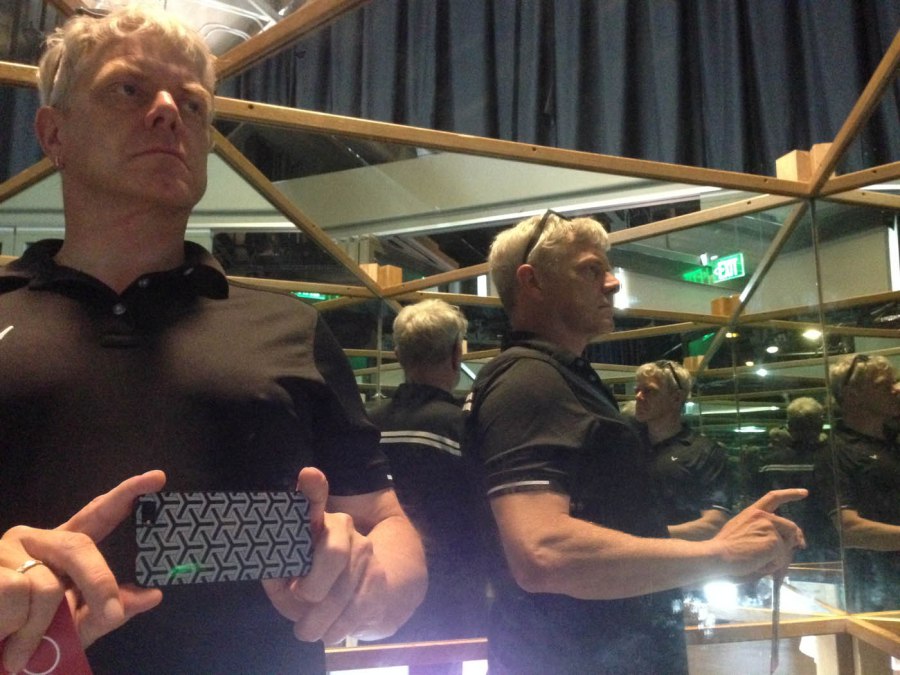 But in some ways we live in the age not of virtual reality but augmented reality (AR) like Pokemon Go, a game that inserts characters into our environment.  How hard can that be to do with historic characters and sites? 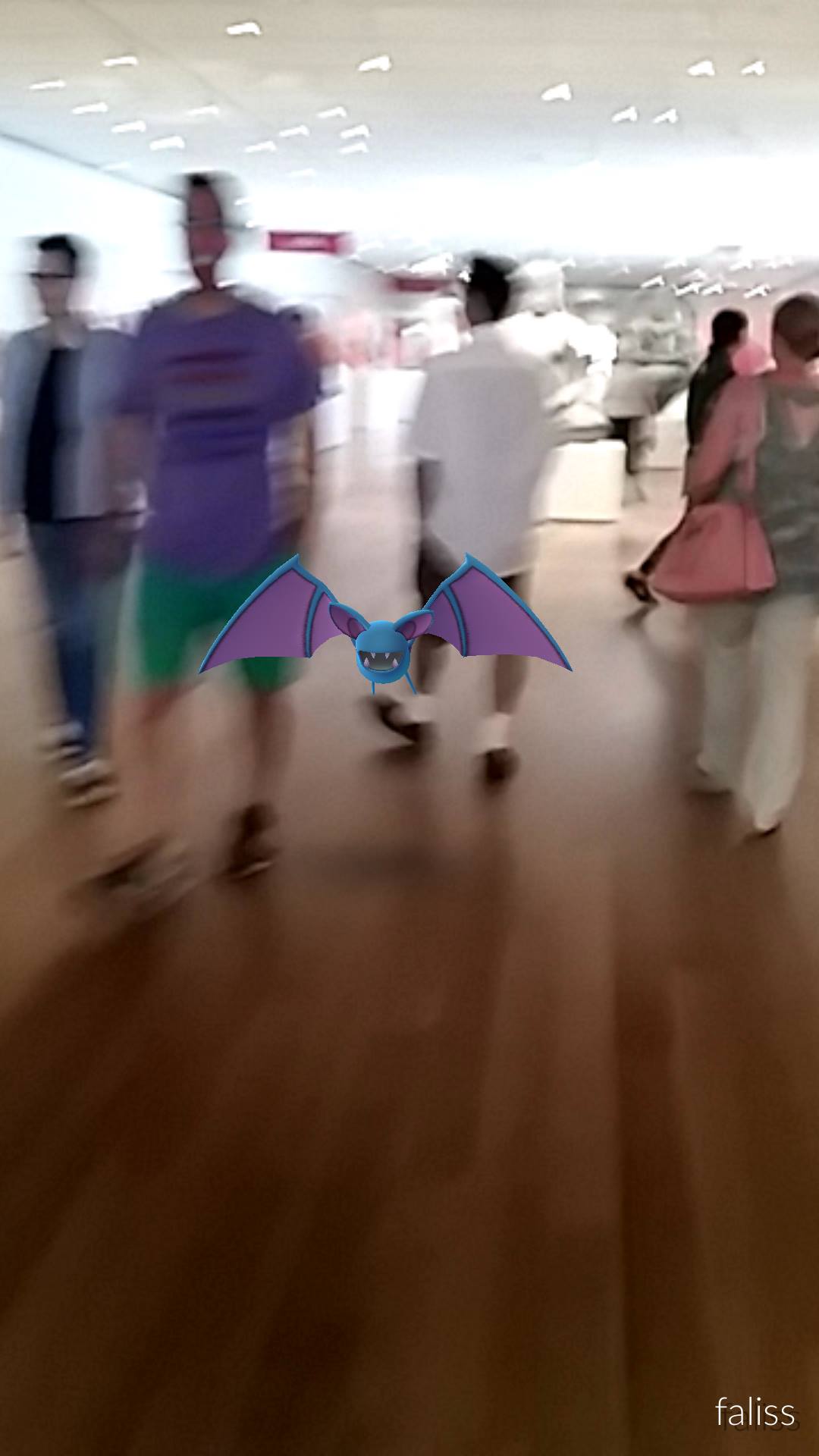 We can chase history in real space and real time with the aid of our own smartphone, which can easily provide images of any period or event in the history of a place.  You have probably seen those devices – they are little more than a box – that turn your smartphone into a mass-market VR device for your head. 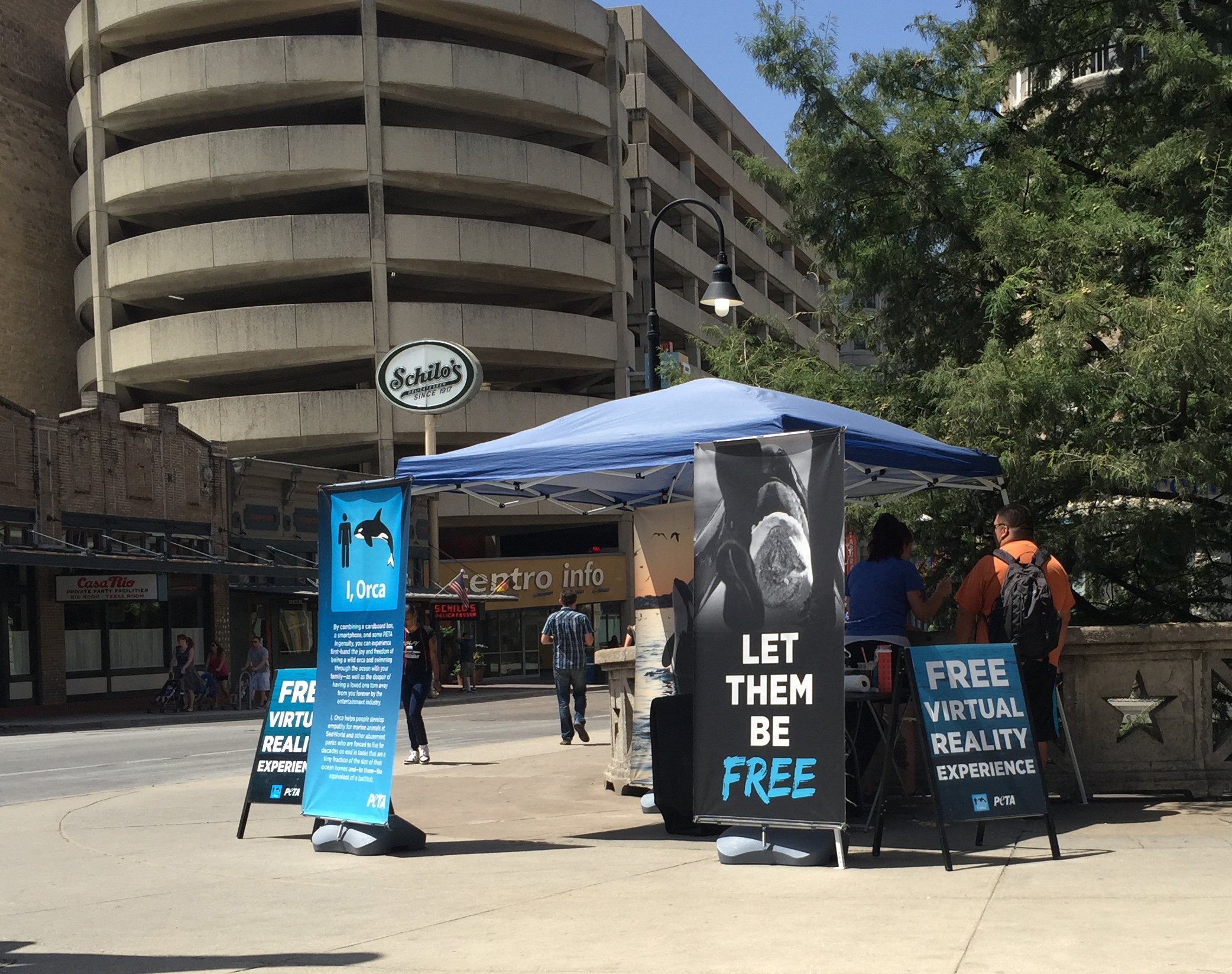 Here it is just a block from the Alamo.

The future is here, and it can illuminate the past better than ever.

Today a visitor to a historic site like, say, the Alamo, expects to be able to take their own mobile device and experience the battle of 1836, along with the founding of the mission, its original construction in the early 18th century as well as its iconic rebuilding in 1849 with the roofline that now defines this city.

In fact, San Antonio hosts some of the most amazing firms whose VR can take you all over the world.  Taking you to March 1836 can be done.  Now. 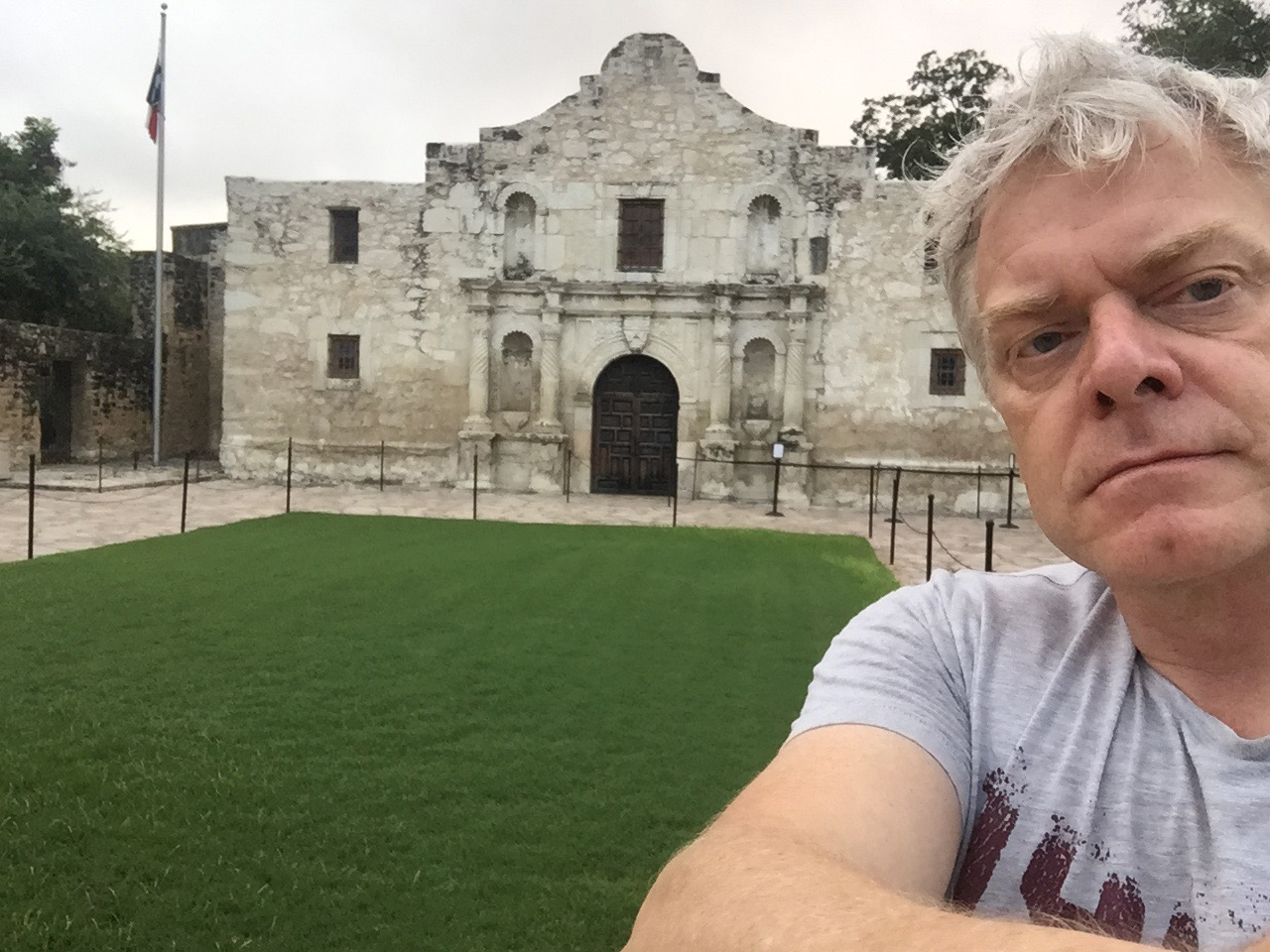 Unlike physical reconstruction, current technology allows you to adapt the interpretation with every new bit of factual evidence that comes along.  Instead of freezing a place in a singular interpretation based on one set of ideas or information, it is endlessly adaptable, and – in the parlance of historic preservation – eminently reversible. 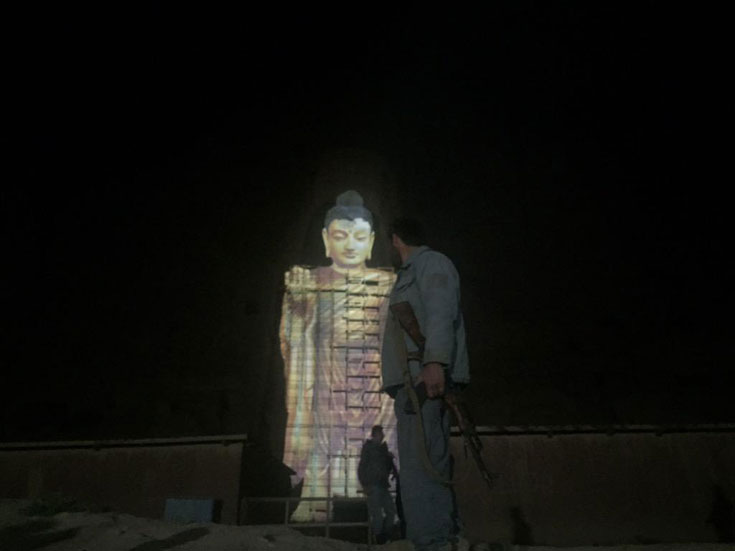 Plus it caters to current consumer/tourist demand, which is to see sites on individual terms.  In the Information Age, people happily trade Quality for Control.  We have become used to being able to control our experiences for ourselves.  Apps appeared a few years ago – in fulfillment of the idea expressed at that Sweden conference in 2007 – that allow people to hear or see elements of place history from their own mobile device. 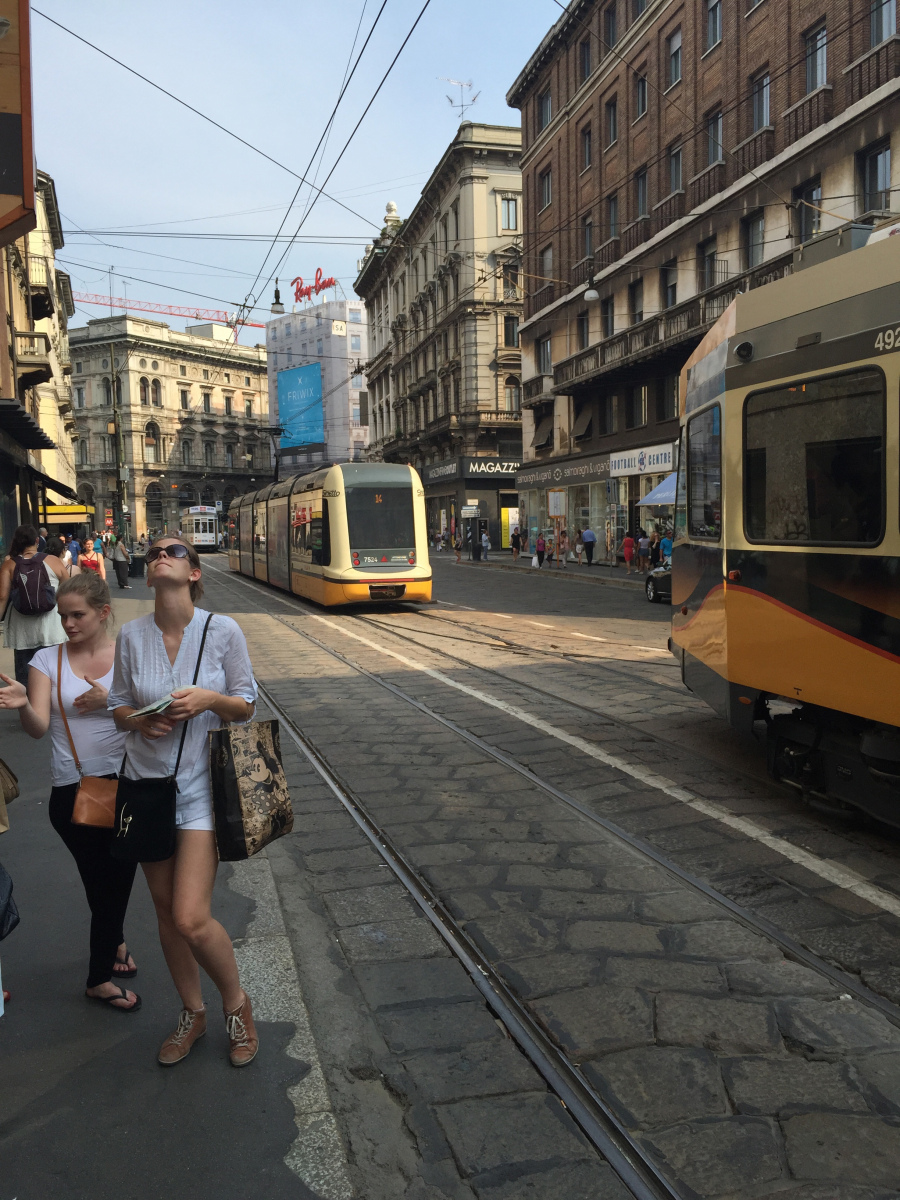 The future is here, and it makes the past more accessible than ever.