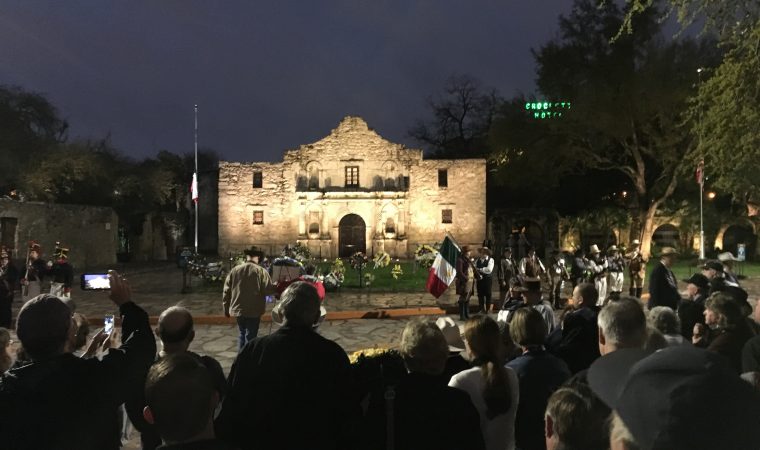 Things have been busy at the San Antonio Conservation Society, not only because our major fundraiser Night In Old San Antonio® is coming up next month, but because it is Spring already and a host of development and legislative issues are heating up.

We continue to monitor the Alamo Plaza Master Plan, which thankfully proposes the reuse of the 1882 Crockett Building, 1926 Palace Building and 1921 Woolworth Building as a new museum for the Alamo.  Our hope is that they take full advantage of the surviving historic elements of these buildings.  Thankfully, the latest technological approaches to interpretation work against the “gutting” of historic structures. 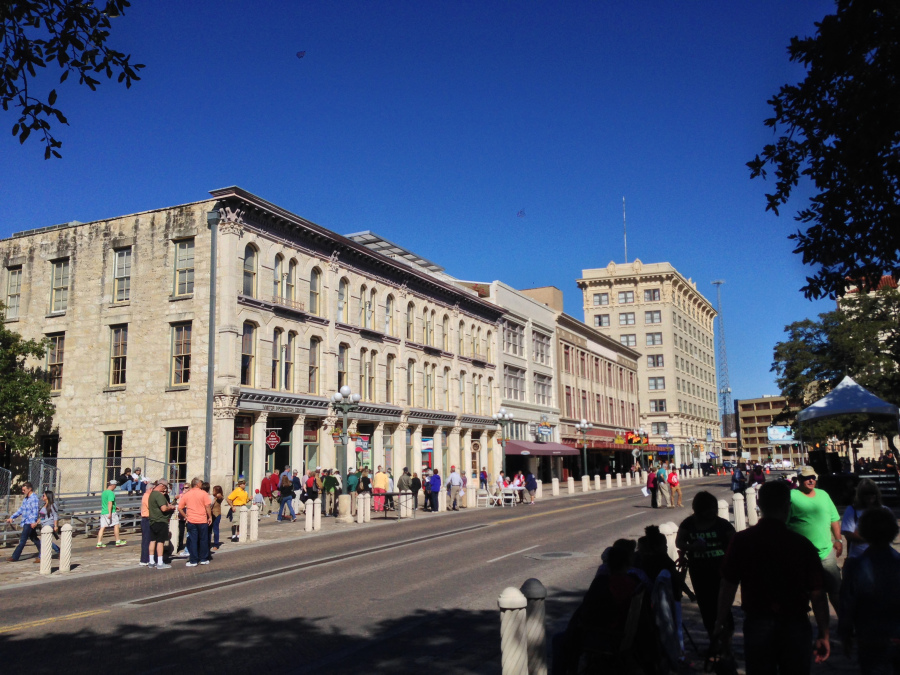 Things are looking up for a couple of very early houses that have somehow survived the last century and a half.  At least one is officially a jacal, an early type of adobe structure that is increasingly rare in San Antonio, hearkening back to its earliest days. 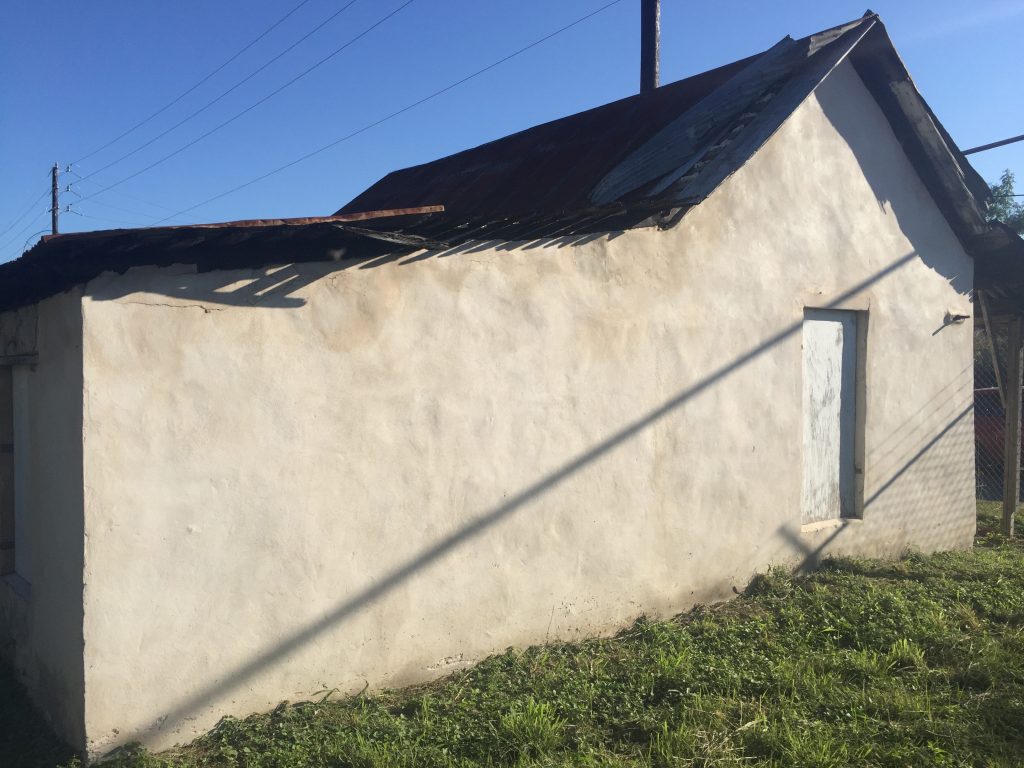 One, on Guadalupe Street, owned by the San Antonio River Authority, will soon get a new roof.  The other, which the Society invested tens of thousands of dollars into fifteen years ago, is finally heading toward rehab by its owner University Health Systems.  This jacal had been protected by a metal cover that has started to collapse on the building.  The National Trust for Historic Preservation provided a grant for architectural services five years ago. 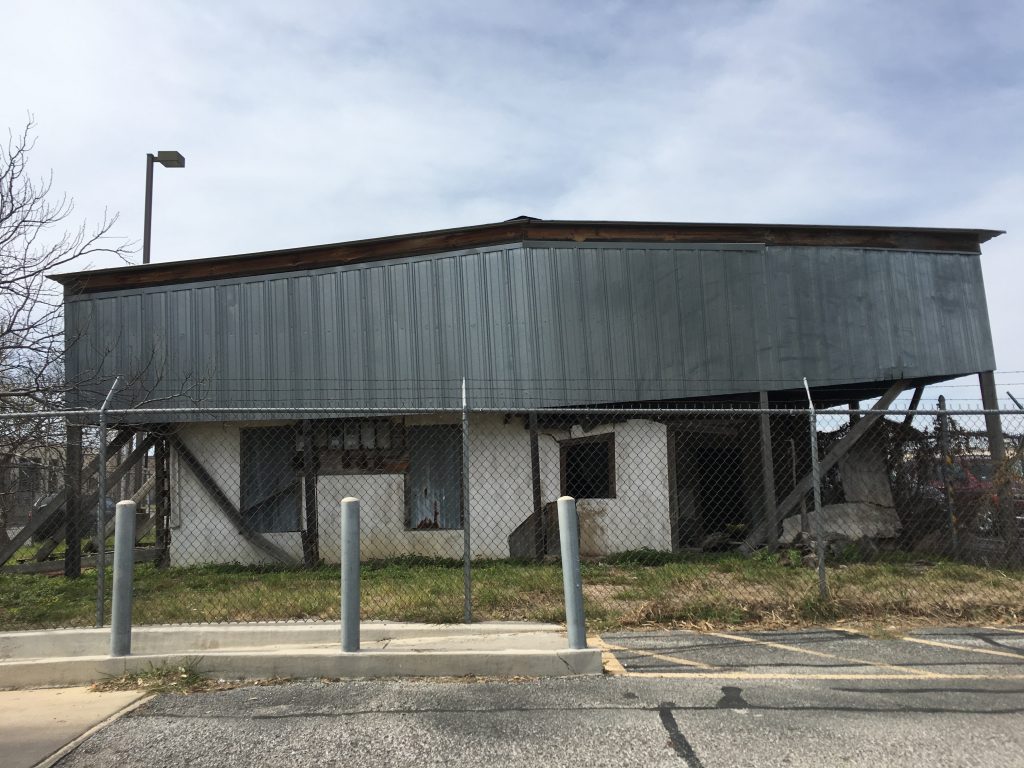 On the negative side, we are losing a house on IH 10 W designed by Riverwalk architect R.H.H. Hugman.  The loss has prompted an effort to research Hugman’s architecture, which is woefully underdocumented. 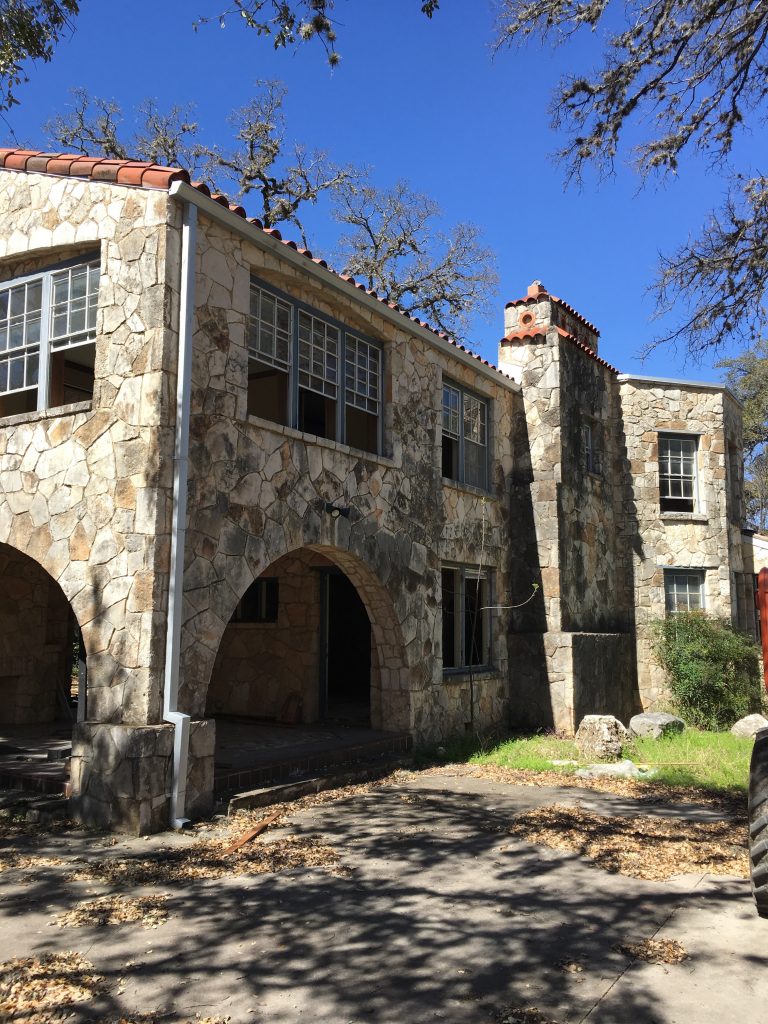 Another pending loss is this 1920s house that serves as a rectory for St. Alphonsus Church on the West Side, which the pastor wants to replace with parking and something new.  Sad.  It is a solid house. 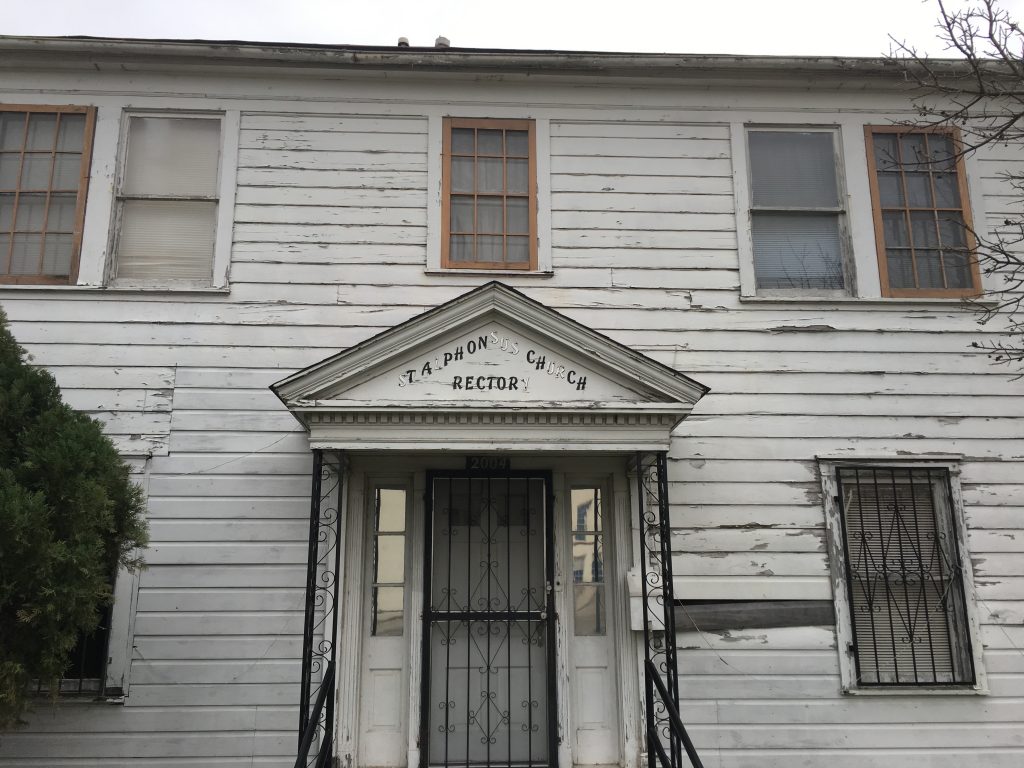 To add injury to insult, the demolition of the old Solo Serve building on Soledad Street just north of Main Plaza had a little accident this week, as much of its historic wall collapsed onto the Riverwalk.  Sloppy. 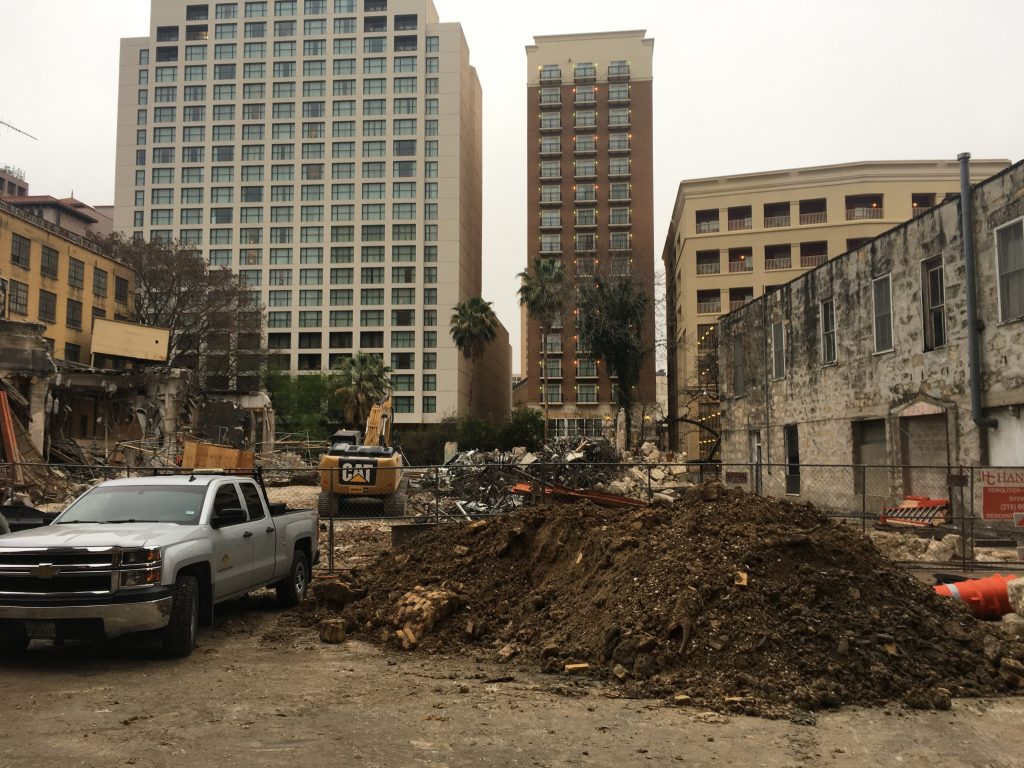 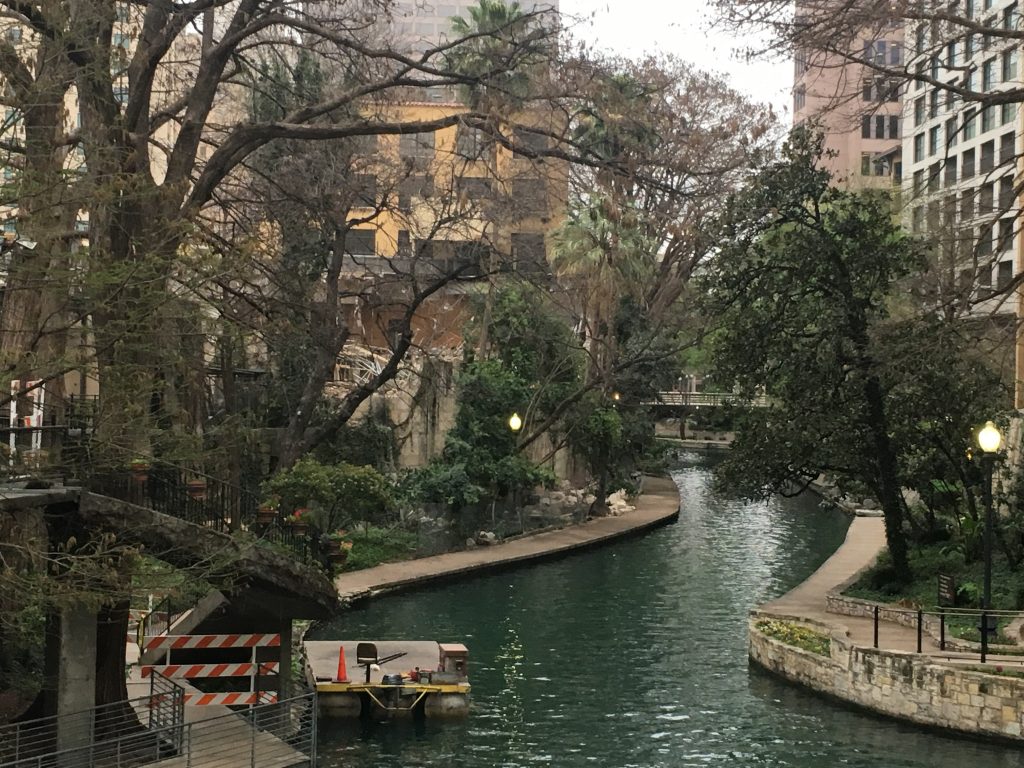 The only thing they were going to save was the limestone wall along the river, which contains bits of earlier buildings as well.  Sad.

On the legislative front, several bills were introduced in Austin which could gut San Antonio’s Tree Ordinance.  This is of special interest to the San Antonio Conservation Society, since our area’s natural beauty has been part of our mission statement for 93 years.  Indeed, the heart and soul of San Antonio and the Hill Country is trees.

This is the Hugmann house site.  The house could not be saved, but great efforts are being made to spare trees in the new development.

The Conservation Society has been involved since the Ordinance was adopted over 20 years ago, and in amendments passed in 2001, 2003, 2006, and 2010.  Come live in San Antonio for a while and you will learn the vital importance of SHADE, not to mention the benefits to reducing soil erosion and water runoff. 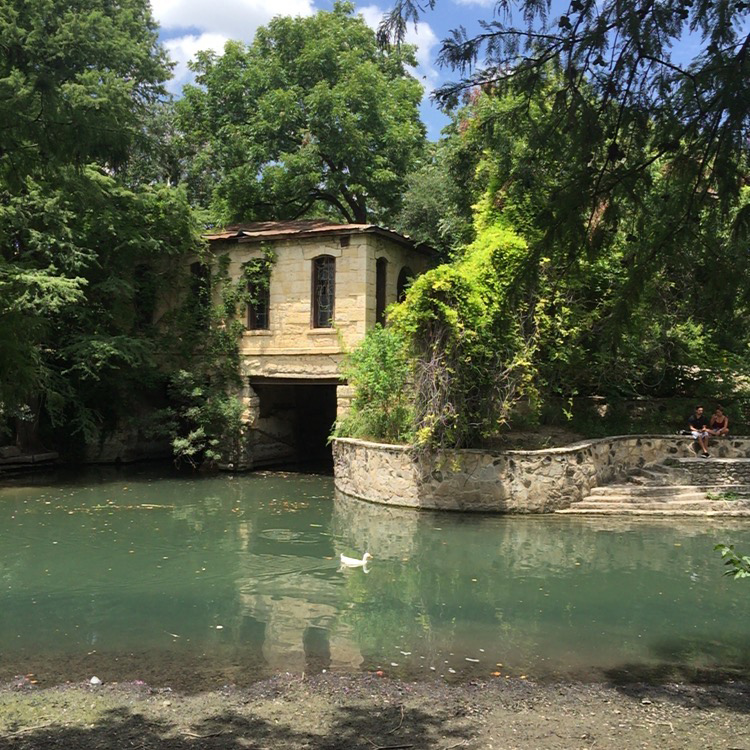 Back on the plus side of the ledger, we had an awesome Summit last Friday on Brackenridge Park with the Cultural Landscape Foundation and Brackenridge Park Conservancy.  The 1899 park comprises 343 acres and includes the 1877 Pump House above, the oldest industrial structure in Texas.  The 2017 Bond, which goes before the voters May 6, will include $20 million for the park. 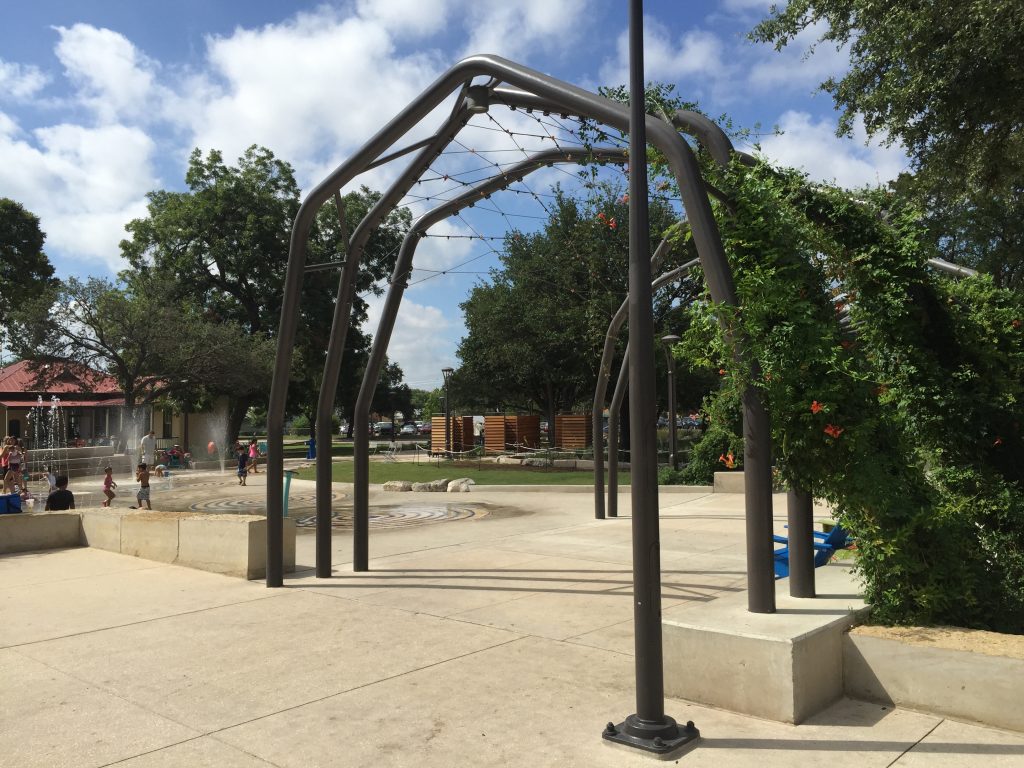 Hemisfair park has a similar amount in the bond, which will help develop a new 9-acre Civic Park on land that until recently was a building.  The Society has been advocating for the re-use of the 1968 fairgrounds, which unlike most World’s Fairs, included some 22 historic buildings, which are still there.  (Yes, they demolished another hundred, but no other city saved buildings for their fairs.) 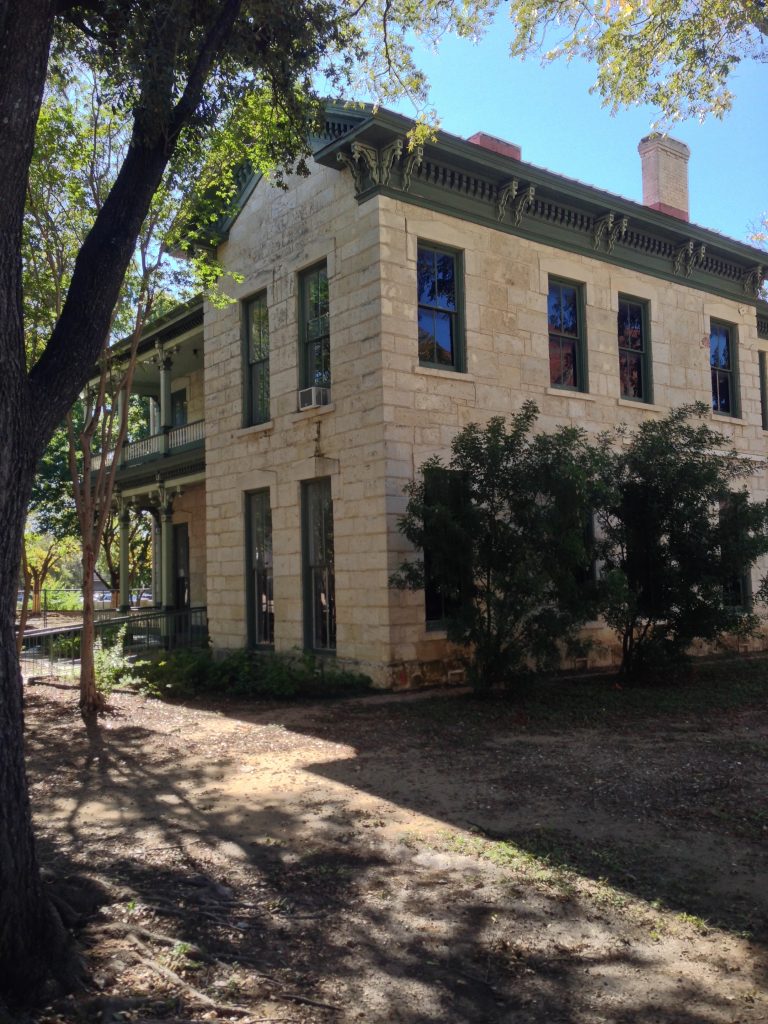 So, voters will be considering an $850 million bond to pay for these projects (and another $810 million of projects).  Here is the amazing thing.  Even with this bond, the City of San Antonio will only be at 15% of its potential debt.  Also, it has a AAA bond rating, which means it saves millions monthly in debt service.  I don’t think I have ever lived in a city with a AAA bond rating until now – no other American city in the top 10 is AAA. 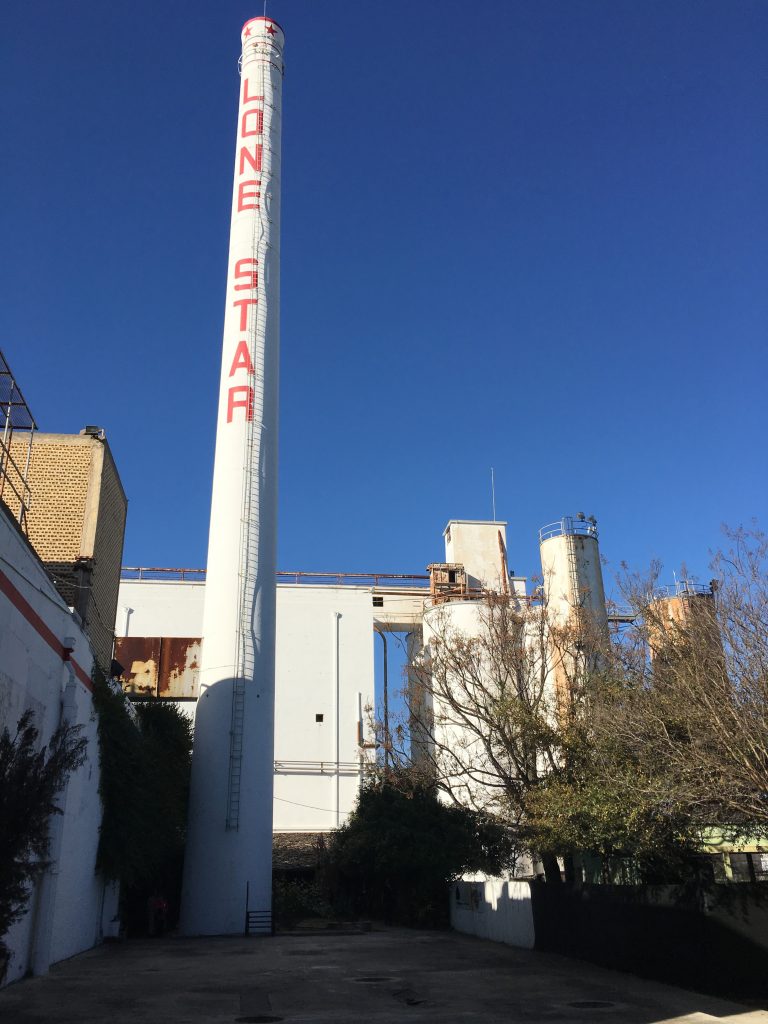 Almost no other city has such a history of saving buildings, either, and it isn’t just the public sector.  This is the Lone Star Brewery – its original pre-Prohibition home is now the San Antonio Museum of Art, and its 1930s-1970s buildings will be extensively re-used as part of a massive 35-acre development in Southtown.  They are saving everything, like they did at the Pearl Brewery on the Northside.  Why?  Because it is what the consumer wants and it PAYS. 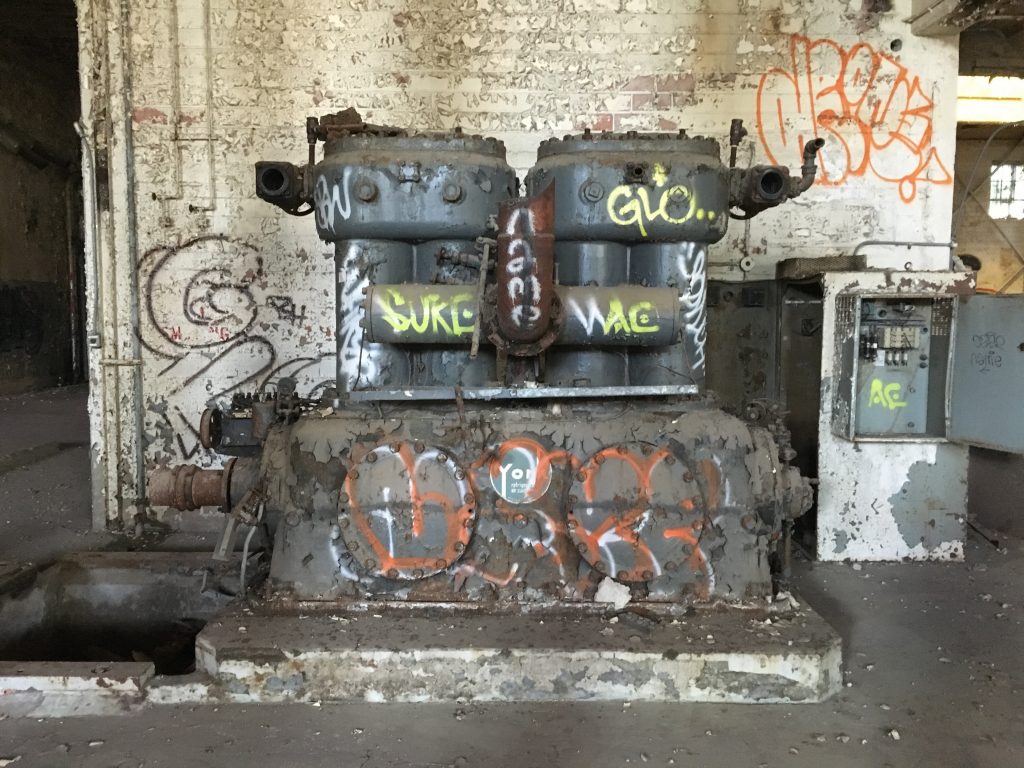 We love our history in San Antonio.