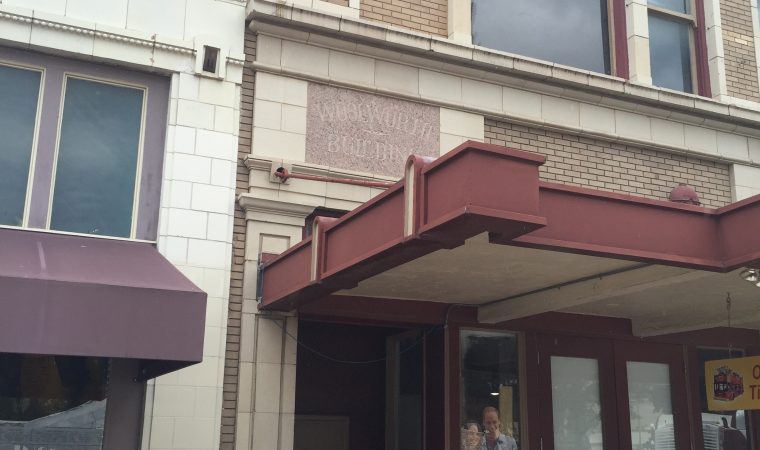 This year I published a chapter called “Addressing the Diversity Deficit: Reform the National Register of Historic Places” in a book called Creating Historic Preservation in the 21st Century.  This is a topic I have been working on for many years.  You can see some of my writing on it here and here.

The National Register and the Secretary of the Interior’s Standards for Treatment are not culturally neutral tools.  For historical and pragmatic reasons, they privilege architecture and white male history.  Worse, those cultures oppressed in the past are forced to relive that oppression when told that their historic sites lack “integrity.” 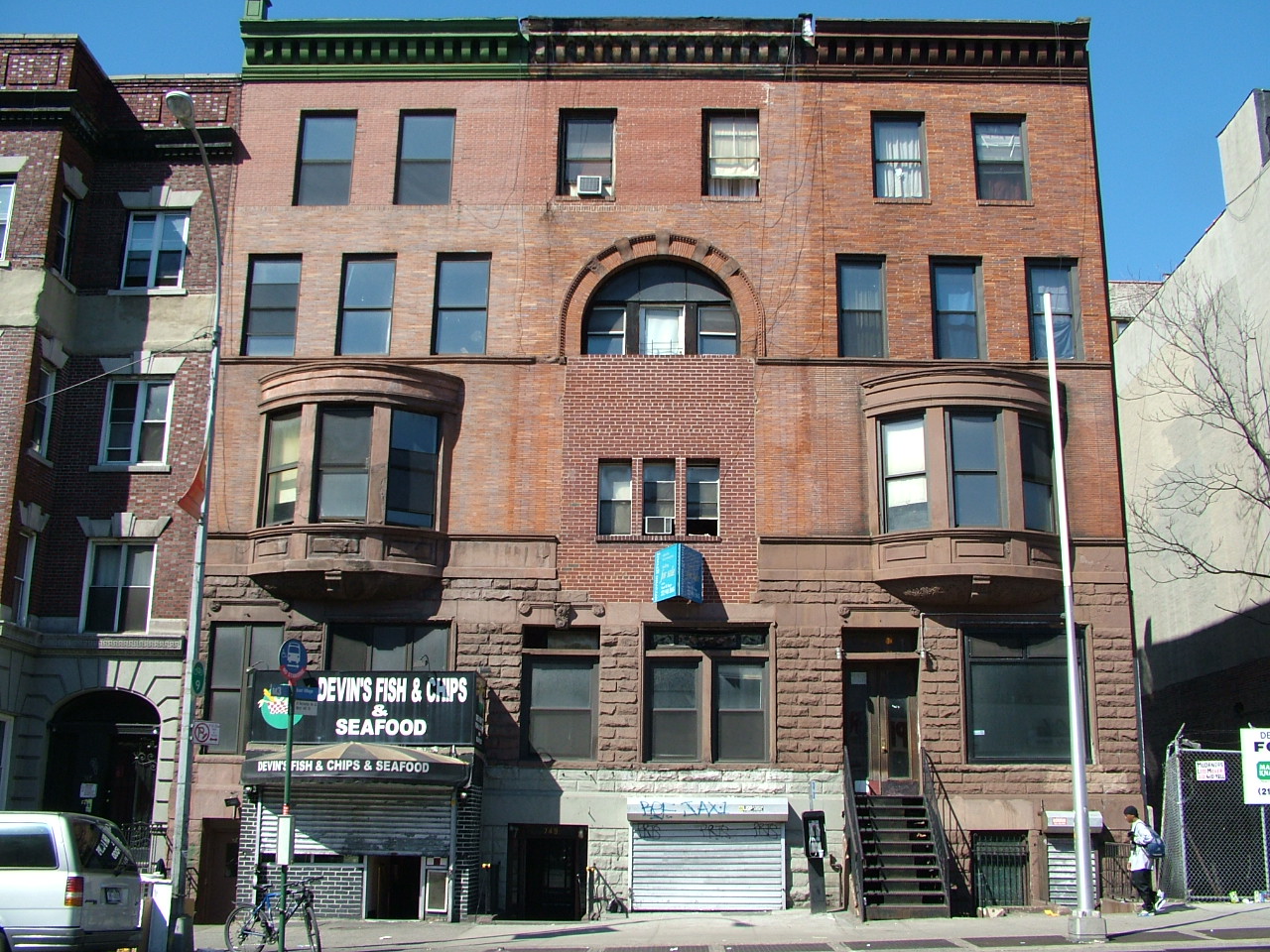 Where “Invisible Man” was written in the 1940s, Manhattan.

Those who were second-class citizens had to make do with second-class facilities and now second-class landmarks.  Second-class status is perpetuated when we make minority landmarks live up to rules designed by and for the dominating culture. 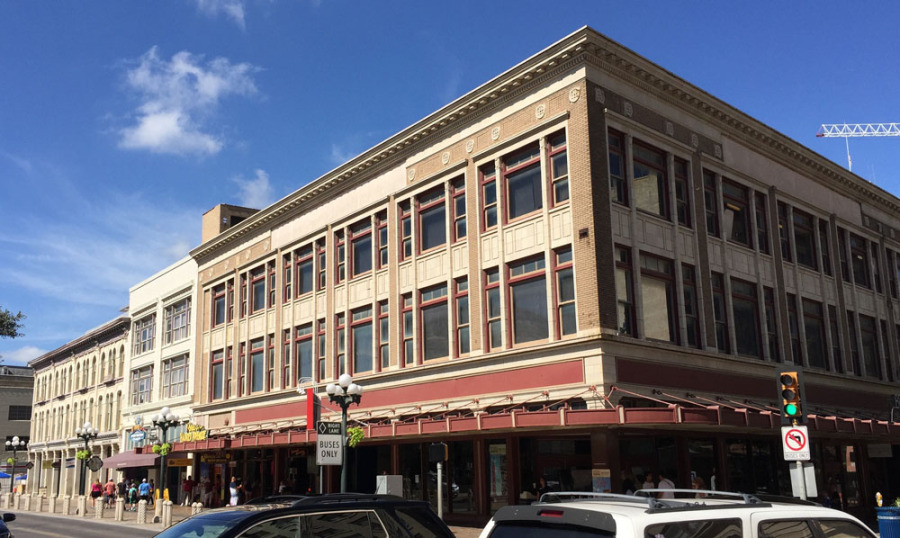 Woolworth’s, designed by Adams and Adams in 1921.

The relevance of this struck me in regard to the State of Texas plan to demolish the Woolworth’s Building on Alamo Plaza, which emerged three months ago (see my blog about it here.)

This was a major building by a national chain at the major intersection of Alamo and Houston Streets.  The interior is heavily altered, but the exterior looks much as it did when built in 1921.  It is on the National Register and a local landmark.  But wait.  There’s more. 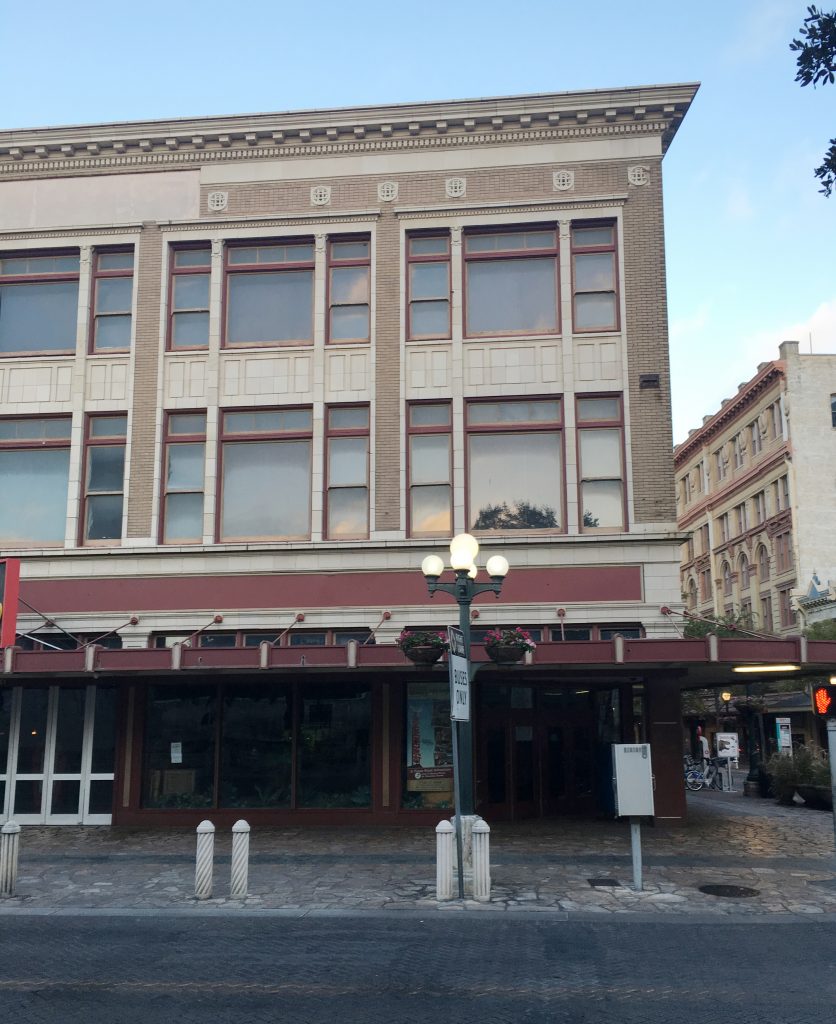 A few days later Jackie Robinson, in San Antonio, compared the event to his entry into Major League Baseball and said “It is a story that should be told around the world,” according to the New York Times.

Five other stores also integrated peacefully on that day, and none wanted to be called out.  The San Antonio Express and News reported:

“Speculation was that the flat refusal by the group to name the stores may stem from recent reports that some of the larger chain stores have ordered their managers not to integrate.

Also, a spokesman from one store said earlier that most of the businesses are for integration, but none of them want to be named as the first to make the move.” 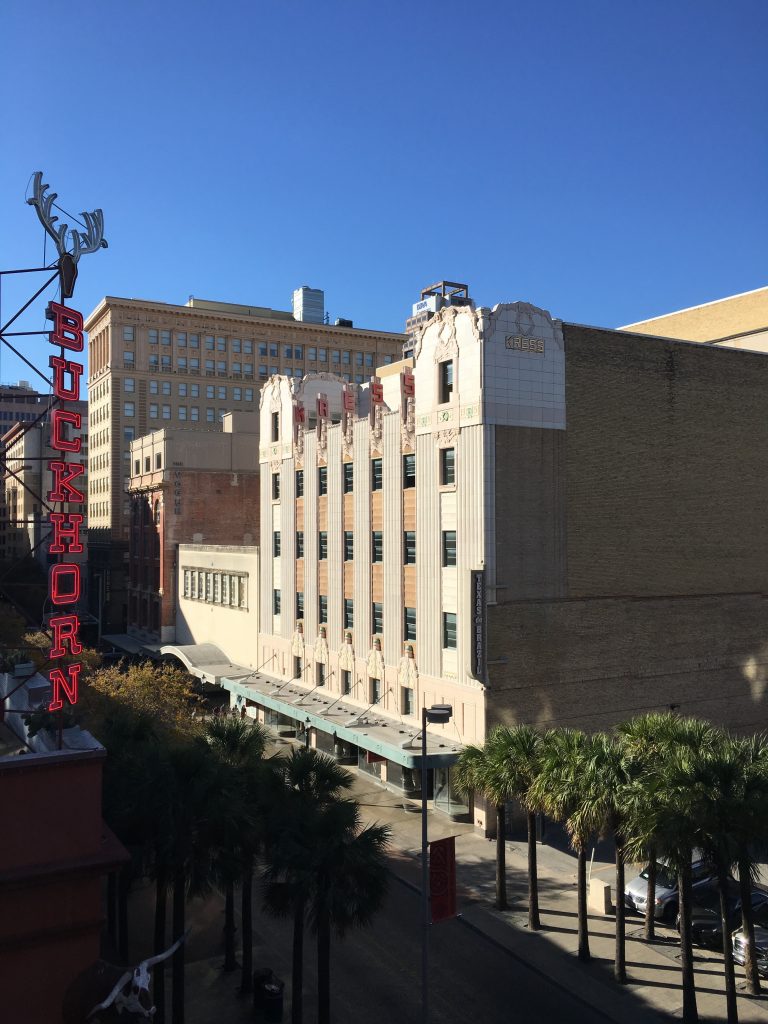 Kress, one of the other stores.

Photos of the Woolworth’s store ran in the San Antonio News that day, and Kress was mentioned in the Light.  While some of the other stores’ locations survive, thanks to Greensboro, Woolworth’s remains forever front-and-center in civil rights history. 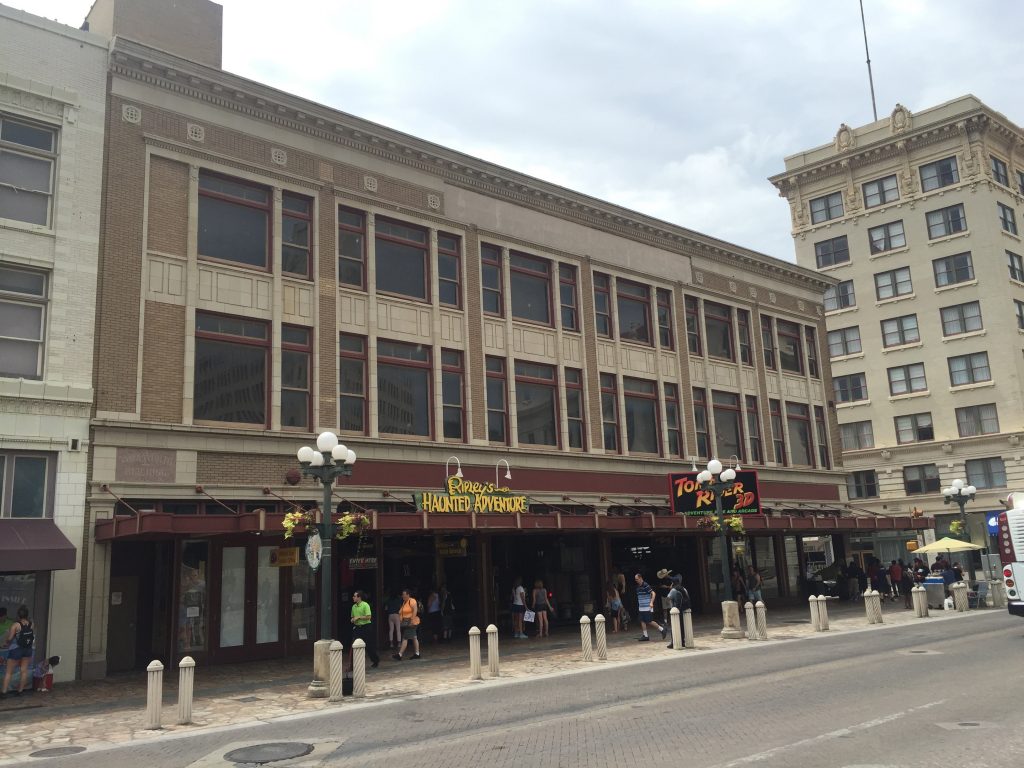 SO – what happens now?  Three months after they released their initial plan to demolish the Woolworth’s building, the Alamo is now hiring an architect to evaluate the buildings based on the Secretary of the Interior’s Standards and their significance at the national state and local levels.

If you have experience with minority culture sites, you can see where this is going.

They have already released an illustration showing how the three building’s interior floors don’t line up.  That will be Reason 1, although it will be wrong, because in this particular case you could gut the interiors so they do line up – just like Joske’s did – and still have the exterior where the young African-American boy peering into the store was photographed on March 16, 1960. 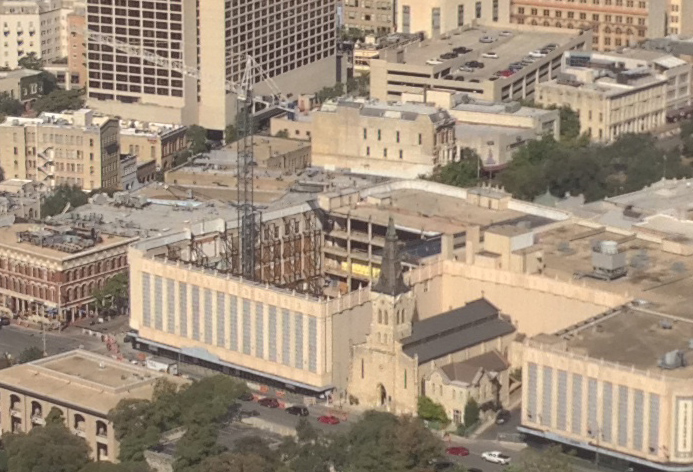 And you can still interpret the long-lost mission wall and buildings inside – in the shade.

Reason 2 will be that the building does not have sufficient integrity on the interior.  This conclusion would require ignoring both the minority cultural context and current directives on evaluating interior integrity.  Recognizing its deficiencies in addressing cultural and historical sites, in December 2016 the National Park Service issued new guidance that encourages conserving “a space’s historic associations even though its component features and materials may be themselves so highly deteriorated that their integrity is irretrievably lost.” 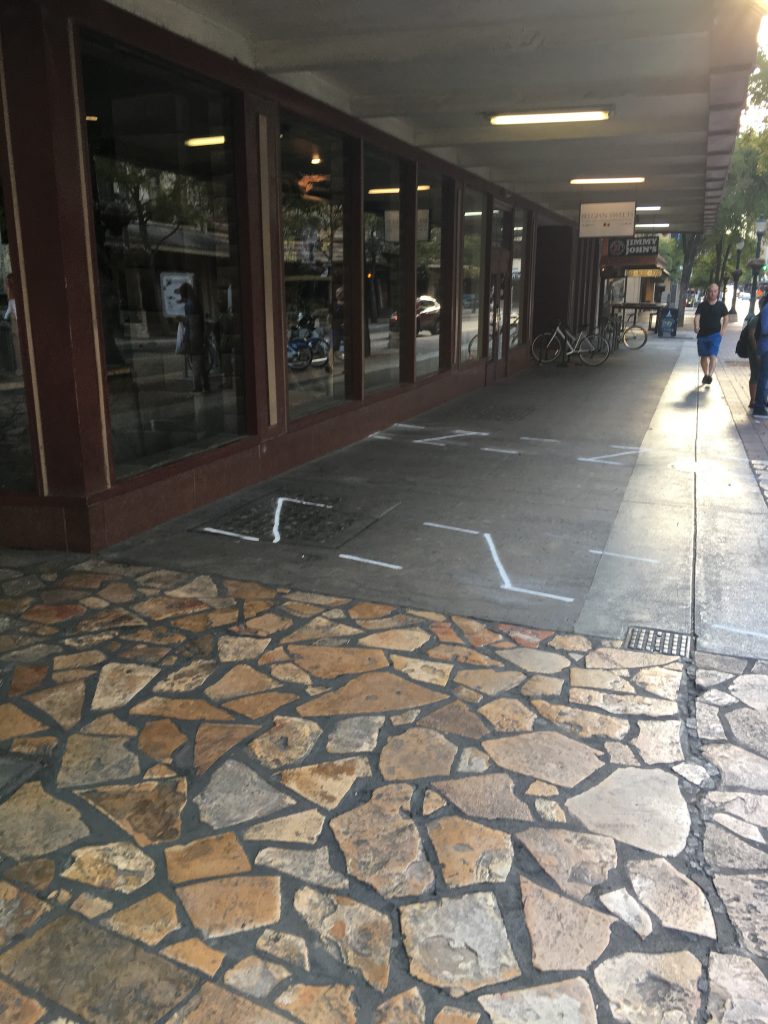 Woolworth’s storefront on Houston Street – the markings on the ground show where mission buildings were.  Also where Travis lived during the siege.  Probably his slave Joe as well.

Reason 3 will be this: If you demolish Woolworth’s you will still have other sites that witnessed peaceful integration in March, 1960.  That is true, and incredibly insulting.

It says your history can make do with fewer landmarks.  It says because you have Neisner’s, Kress’ and Green’s then you don’t need the only one people have heard of.

Erasing an authentic place for a reconstruction?

Whose history would be erased for whose? 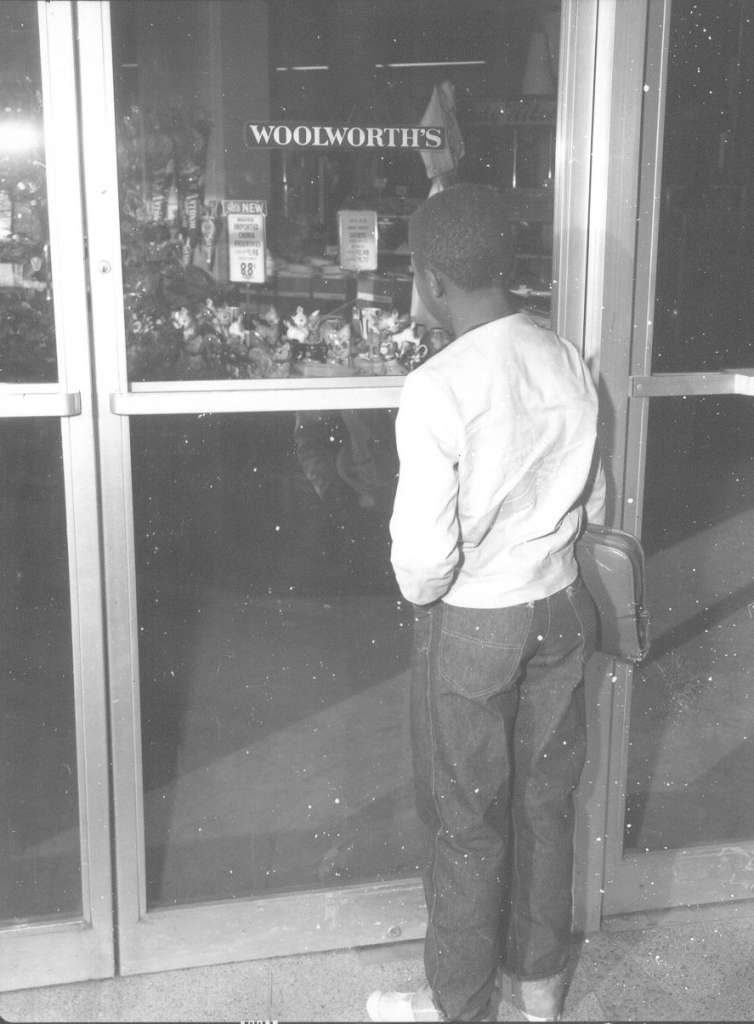 2 Responses to :
Alamo Plaza and Diversity