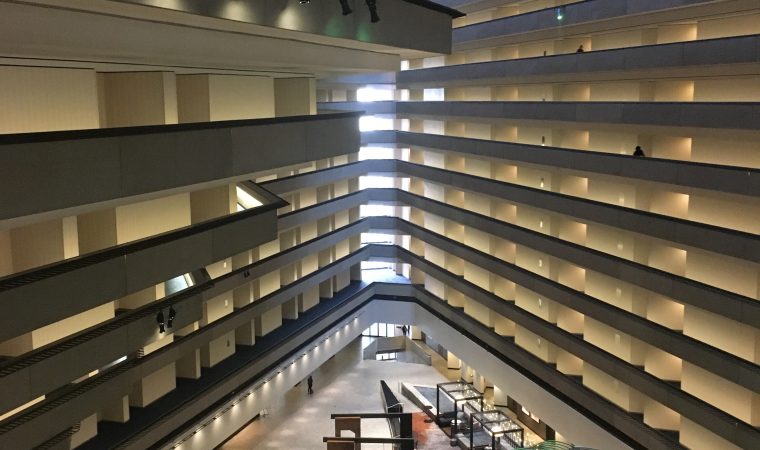 For years we have been offered this choice at the supermarket checkout, and it annoys me. Why can’t I have both? I sometimes reply “Some of each,” which confuses people. But I actually have some need for plastic and some for paper. I’m NOT one or the other.

Our “polarized” 2019 world has been caused by many such false choices – politically and otherwise – between categories that seem to exclude each other. But they don’t. Making the categories more extreme (i.e., you are either Communist or Fascist) makes the duality seem real. It’s not.

Let’s leave the hoary hoardings of the politicalifragilistic to one side and remain in our expertise: architectural history and preservation. 13 years ago in this blog I celebrated a debate which I witnessed several times between modernist Paul Byard and classicist Steven Semes (who is a good friend) on the appropriate way to design additions to historic buildings. Byard, who has since passed away, advocated modernist additions while Semes has written a book arguing for contextual additions. The debate was AWESOME because each speaker was so convincing you actually suspended your own bias and wandered back and forth between the camps.

The debate and the dichotomy struck me yesterday as I visited the San Antonio Museum of Art, a late Victorian building with two contemporary additions.

One satisfies the contextualists, and one uses contemporary materials to distinguish itself from the original. Both defer to the original building in scale, massing and setback. If you are sensitive to brick color and the patina of time, both read clearly as additions. I like them BOTH.

BOTH AND is the actual dynamic state of the world. The binaries and categories we use to make sense of this world are intellectual constructs that negate a major physical reality: Time.

A thing now does not equal a thing ten years from now. This is manifest at the quantum level but it is also true up here in the everyday. Styles change, technologies change, and materials age, each at their own rate.

There are continuities, of course, and indeed the task of heritage conservation is about maintaining continuities amid change. To do that job, you need to see things as they are, not as you would have them be. You need to understand BOTH now AND then.

The dynamic nature of experience and existence belies clumsy categorizations. We, and our work, are always in the process of becoming.

I explained this better in my 2012 blog: Categories are your Frenemies.