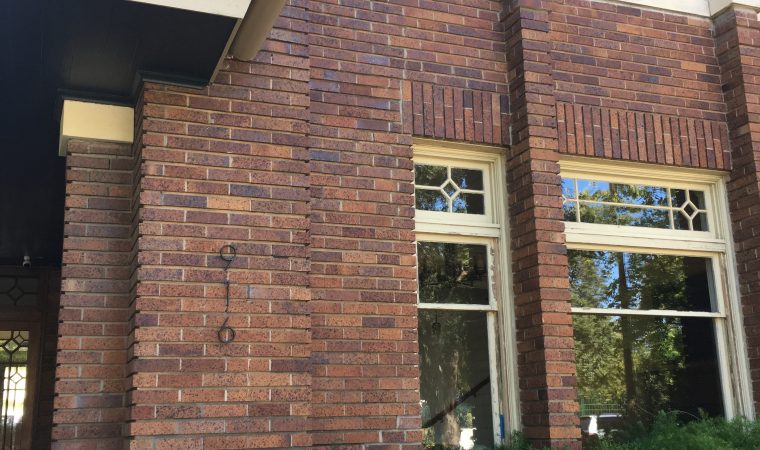 Shortly after moving to San Antonio in 2016, I encountered this house just a couple blocks from my apartment. Immediately I was struck by the appearance of a full-on Wrightian Prairie House in the heart of San Antonio.

I posted it on Instagram and was immediately informed that this was the Lawrence T. Wright (no relation) house by George Willis. After a day or two I realized Willis’ name had appeared in my book The Architecture of Barry Byrne: Bringing the Prairie School to Europe. Willis had been a draftsman nearly four years when Byrne arrived in Frank Lloyd Wright’s Oak Park Studio in 1902.

Willis practiced a few years in California with Myron Hunt and a few more in Dallas before relocating to San Antonio in 1911. Willis is probably best known for his 1928 Milam Building, known as the first fully air-conditioned office building in America. By this time he had adopted the streamlined revival styles of the 1920s, decorating the upper levels of the building’s 21 stories with Spanish Revival terra-cotta.

Willis arrived in San Antonio as a Wrightian, and his houses show the influence up until 1919 or so. Many are attributed to Atlee Ayres, in whose office Willis worked until 1916. Here are a few of the ones we have found:

A couple of years ago I stumbled across this one in Beacon Hill, and I promise you it IS by George Willis and from the same period, c. 1915, even though we haven’t found documentary evidence.

There are a number of other Prairie Style houses that could be from Willis’ time under Ayres or immediately afterwards – here are a few candidates:

By 1919 George Willis has departed from Modernist Prairie style for the revival styles that would dominate the 1920s, as seen in the house below on West Woodlawn in Beacon Hill. A recent article in the Express-News claims that this is the first Spanish Colonial house in San Antonio, and one of the first built with air conditioning.

Willis was a major San Antonio figure by this time, collaborating with Atlee Ayres and Emmett Jackson on such major projects as the Municipal Auditorium and 1926 addition to the Bexar County Courthouse.

Willis worked on the Sunken Garden Theater WPA Project in 1937 with Harvey Smith and Charles Boelhauwe. He continued practicing in San Antonio until his death in 1960 and has left a significant architectural legacy throughout the city.

MAY 2020 UPDATE: A couple of Willis’ postwar works:

One Response to :
George Willis, Architect