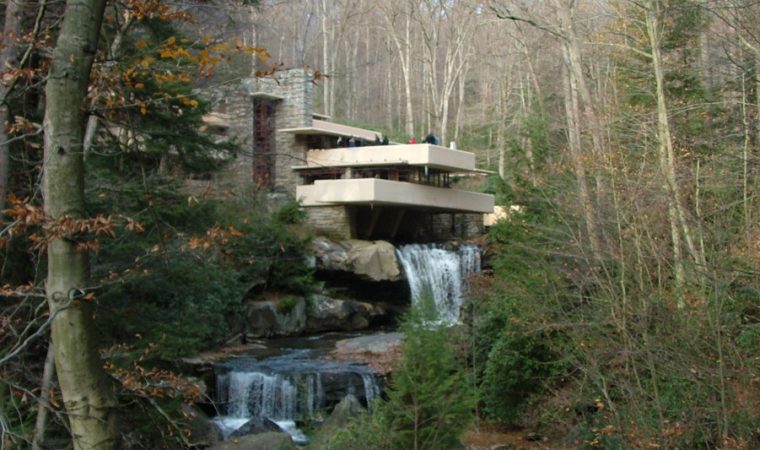 His younger contemporaries Mies van der Rohe, Walter Gropius and Le Corbusier got there first, but Frank Lloyd Wright, the most influential American architect in history, finally made the UNESCO World Heritage List. As a Board Member of the Frank Lloyd Wright .Building Conservancy, I am very pleased that the long-awaiting recognition came today in Baku, Azerbaijan. A total of eight works were included, including Unity Temple in Oak Park and Robie House in Chicago.

The inscription of Wright’s work took almost 20 years, twice as long as the effort that saw the San Antonio Missions inscribed four years ago. Two buildings originally proposed, the Price Tower in Bartlesville, OK and the Marin County Courthouse in California were dropped as the nomination was extensively revised.

The selected sites do reflect Wright’s genius, from his pre-World War I Prairie period that gave us the incomparable Unity Temple and Robie House, through his California textile block houses (represented by the Hollyhock or Barnsdale House) and his mid-century Usonian style that began with the Jacobs I house in Madison Wisconsin.

The inscription also includes both of Wright’s sprawling “schools” – Taliesin in Wisconsin and Taliesin West in Arizona, where his apprentices learned for over 20 years.

And of course, Wright’s famous “comeback” building, Fallingwater, is included, where he ditched the idea that he was a 19th century architect and cemented his reputation with a building that not only balances above a waterfall and integrates with the landscape, but becomes a landscape. Wright loved nature and his gift was not simple integrating buildings with nature, but allowing buildings to be inspired by nature, designed by nature, so that they elevated and improved the landscapes they occupied.

Wright’s early apprentice Barry Byrne said Wright only needed to sketch plans and elevations, because he could think in three dimensions. When Ken Burns did that documentary on Wright, even his needling adversary Philip Johnson admitted that Wright could imagine space in a way few mortals can.

The recognition is long overdue, but well deserved. For decades I have said that Unity Temple is one of the best buildings in the world. I lived less than a block from it for a dozen years and my children grew up with it. There is no question in my mind that it belongs in the company of the Taj Mahal and Angkor Wat.