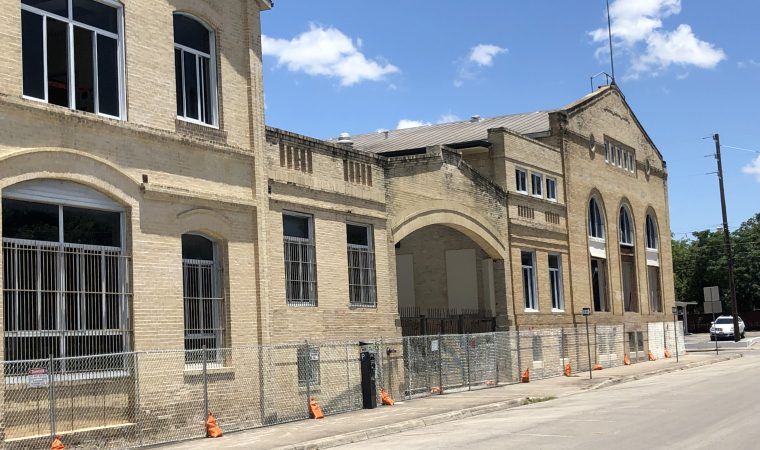 I was quoted in the news several times this week, thanks to the sudden demolition of the 1912 G.J. Sutton Building on the East Side, as well as the unanimous vote to demolish the 1958 Almaguer Dance Studio at Woodlawn Lake. Both cases were exercises in Bad Excuses.

The Sutton Building demolition began suddenly and without warning. In fact, when a community member emailed us Tuesday afternoon saying it was being demolished, we prepared to forward a news article from the weekend that indicated it would be rehabilitated. But, by then, several news reporters had discovered that the opposite was true.

The building is owned by the State of Texas, specifically the Texas Facilities Commission. After rejecting several bids from developers who would have saved the solid brick structure, they decided to proceed with remediation and demolition. The state does not even have to get local demolition permits, so there was no warning. Not even the local officials elected to represent the interests of the East Side knew. There were, however, Bad Excuses.

The worst of the Bad Excuses was the kind of bureaucratic insanity that makes people want to get rid of government. Remember I said there were bids from developers who would have saved the property? Well, the Texas Facilities Commission can’t do residential, and the three bids (18 months ago) included developing residential uses.

That’s nuts. Transfer the property to another agency. Sell it to the city. Sell it to the developer without a plan. Change whatever regulation caused that. This building served as an industrial site before G.J. Sutton, the first black Texas legislator from San Antonio, championed its transformation into a state office building. Why can’t its next reuse include residential?

The Bad Excuses continued with the familiar environmental shibboleths of lead paint and asbestos and even mercury switches to make it a perfect trifecta. I wrote about these bad excuses nine years ago here. Simply put, the more you demolish, the more you have to remediate.

Not only that, but the state is paying millions to do the abatement and demolition rather than putting those expenses on the final buyer, an expensive decision County Commissioner Tommy Calvert questioned in an article Tuesday.

And then there is everyone’s favorite Bad Excuse: It’s too expensive. Huh? The private developers (more than one!) who bid on the site could have taken advantage of state and federal tax incentives totaling 45% of rehab costs. This Bad Excuse is usually accompanied by numbers that show how expensive it would be to rehabilitate. To be safe, you should always go with $300 a square foot. That’s what you tell the engineers when you hire them.

Heck, you don’t even need to get an official report. It is 2019 after all, so evidence is hardly necessary – just make the claim. That’s what happened with the 1958 Almaguer Dance Studio, which the Historic and Design Review Commission voted to demolish on Wednesday. We met with the Parks Department about their demolition plan months ago and they showed pictures of cracks and leaks.

Well, you can do that with any building. It is a Bad Excuse. We told them at the time we have seen many worse buildings brought back. We wanted to see actual evidence, but none was forthcoming. It obviously was a safe and sound building hosting dozens of classes where people dance about.

The decision ultimately turned on the desire for upgraded dance studios with sprung floors and a new community center. That was translated into “unreasonable economic hardship” during the hearing, which is another Bad Excuse. There is actually a standard for this – “reasonable rate of return” which doesn’t really apply to public entities.

So, this week, the tale of two governments who tore down landmarks while serving up nearly the full portfolio of Bad Excuses. Retain for future reference.