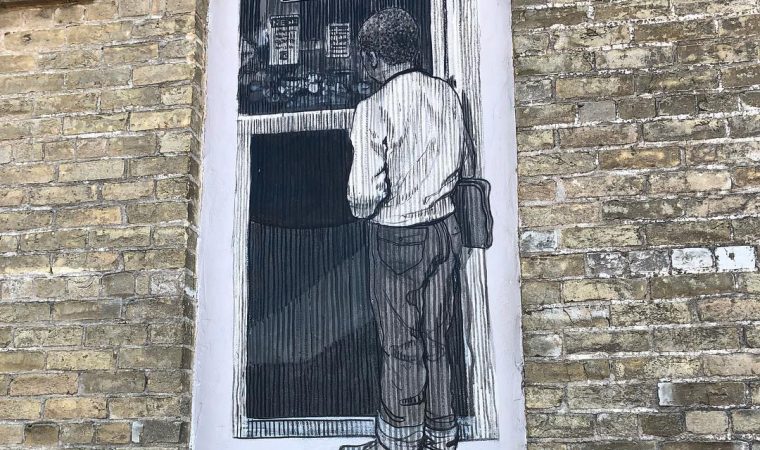 Our World Monument Watch Day Event took place this past Saturday at the double-height courtroom of the Bexar County Courthouse, and it was stupendous. We had five excellent speakers who offered new insights into the role of Alamo Plaza and specifically the Woolworth Building in the story of Civil Rights in Bexar County.

You can see a full video of the event here. It began with a welcome from Bexar County Judge Nelson Wolff and Conservation Society President Patti Zaiontz. Then, 16-year old Taylor Andrews, grandniece of Mary Lilian Andrews, read the letter that Mary wrote – at age 17 – in March, 1960 asking the downtown lunch counters to integrate.

Her letter, as Youth President of the NAACP San Antonio branch, led to a mass meeting on March 13, 1960. The meeting of 1500 persons agreed that a sit-in demonstration should begin on March 17. Business and religious leaders gathered on Tuesday and convinced seven downtown lunch counters to peacefully and voluntarily integrate on Wednesday, March 16, 1960, a first for the South. Jackie Robinson was in town Friday and said – in a Page 1 New York Times article – that it was “a story that should be told around the world.”

I gave a background of the issue – how the Conservation Society got the building listed on the state’s Most Endangered List in 2016, shortly after the state purchased it. Then the 2017 Alamo master plan and the 2018 Alamo interpretive plan. It was that 2018 plan that illustrated the Woolworth replaced with a new building. They have always wanted to reclaim the “footprint” of the original mission and battlefield, even though there are no archaeological remains (the buildings have basements)

The Conservation Society has consistently argued FOR a new Alamo museum WITHIN the Woolworth and Crockett Building facades. We even released a plan this May illustrating exactly that.

In May Woolworth’s was designated a State Antiquities Landmark and in October it was listed on the World Monuments Watch List 2020, one of 25 sites in the world. You can read all about that here. Thanks to that designation, we have hosted a series of events, including the symposium, held on February 1, the 60th anniversary of the very first sit-in at a Woolworth’s lunch counter in Greensboro, North Carolina.

Our first speaker was Everett Fly, who traced a series of Civil Rights events on Alamo Plaza, beginning back in the 1880s when an African-American group successfully sued the Mayor for denying their right to assemble there. Everett passionately defended the character of the Alamo city, where diverse groups were more likely than other places to mingle, and Alamo Plaza was the premier place they did so.

Next was Dr. Tara Dudley of University of Texas – Austin, an expert on the National Register. African-Americans are nearly 13% of Texas’ population but are represented in less than 5% of our National Register properties. Indeed, the Woolworth Building National Register listing from 40 years ago is only about its excellent architecture and the Civil Rights story was not told until it was listed as a State Antiquities Landmark in 2019.

Dr. Bruce Winders, who was Alamo historian and curator for 23 years until last July, voiced his support for keeping the buildings on Alamo Plaza and not destroying them to recreate a space that became a city more than a century and a half ago. You don’t tear down a real historic building to reveal the site of a long-lost wall.

Dr. Todd Moye of the University of North Texas shared some videos from his Civil Rights in Black and Brown project, which has collected more than 500 oral histories from veterans of the Civil Rights movement in Texas. He described in vivid and unpleasant detail what the sit-in activists faced in other cities, further underscoring the unique response of San Antonio.

Finally, Dr. Kathryn O’Rourke gave a rousing presentation on how plazas have defined the power relationships in a society from the Renaissance forward. She passionately related how Alamo Plaza is a civic space made richer by its layered history and legacy of freedom of expression over the last century and a half. She received a standing ovation.

Everyone agreed that the Symposium was a roaring success, with five excellent speakers and nearly 100 engaged participants. It proved that the story of Woolworth’s and the other lunch counters resonates with people and can be a force for preservation.

Many thanks to sponsors Bexar County Commissioner’s Court, World Monuments Fund, H-E-B and the San Antonio Public Library. You can view the full symposium here.