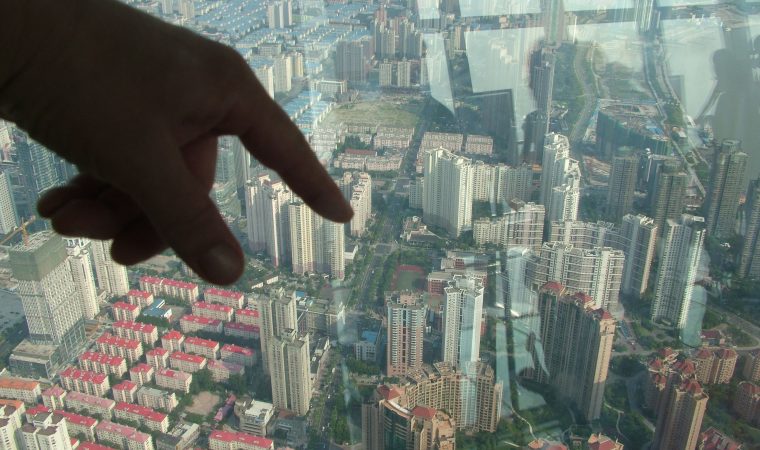 Earlier in the shutdown/pause/lockdown I wrote a blog that argued that the virus would NOT cause urban planners to rethink their propensity for density. My evidence was basically every pandemic in history, with a fun side trip to the history of telegraphy and telephony.

There was a hint at the end of that blog about how the viral pandemic is actually accelerating previous trends in urban planning. The pandemic has slowed traffic dramatically, encouraging a tendency to eliminate cars from center cities. Many towns and cities around the world are planning on closing streets to traffic in order to encourage biking, walking and outdoor dining as areas move to reopen and adjust to the new abnormal. Turns out it is TONS safer to eat outside than inside.

The historian in me says that our cities and our dense human activities have survived a hundred plagues and only come back denser and busier. The historian in me also says beware of those who says “everything will change – these are unprecedented times” because they always say that. They said it after World War I definitively, and even more definitively after World War II and the atom bomb. They said it during plagues and pogroms, during fires and famines and today is always different from yesterday and that itself is the same old story.

Sure, there are paradigm shifts and we may be experiencing one. But the COVID-19 pandemic will not cause that shift. Such events only accelerate trends already underway (closing streets to cars) or illuminate factors that would play out with or without the current crisis (collapse of US hegemony).

I still hear – from respectable professionals – that pandemics change planning. That is partly true. Chicago had typhoid and cholera outbreaks in the 1860s that caused it to raise the entire city in order to build a sewer system.

Paris’s famed rebuilding under Baron Hausmann was cited as an example of city planning driven by pandemic, although in addition to sewage and some hospitals with fresh air, there was a social control/military aspect to the slum clearance as well. Wide boulevards are better for the army.

I would venture that major epidemiological crises are more likely to influence infrastructure than super structure and thus be somewhat invisible. They also influence social practices, and indeed our current pandemic has rewritten many social norms, but again this is not something you can necessarily see in the larger built environment.

But what WILL change?

Leaving the macro level of urban planning, we have seen changes at the micro level. You already have plastic sheeting at the checkout counters of grocery stores and we have seen everything from shower curtains to cubicle-sized sneeze guards going up at restaurants.

UV carpets may sanitize your shoes and mounted temperature scans have already spread way beyond their original habitat, the Chinese airport of two decades ago.

HVAC systems may well be overhauled, and sanitation procedures will be much more extensive for a while. Anyplace you sit still inside for long periods, like airplanes or restaurants are more susceptible to viral load than places you wander through, like museums.

If anything, like the closing of streets to automobile traffic, there will be a tendency to offer less-dense public spaces, while maintaining urban density. There will be renewed interest in public parks, beaches and open spaces which are lower risk for viral spread.

We may well see changes as elements of our architectural landscape that encourage clustering of people for extended periods become endangered, like churches and theaters. Churches and theaters have always been more difficult to preserve due to their large spaces and relatively high costs. Now they have the added problem of people emitting nanodroplets.

With all the working and learning and teaching from home in the last two months we may start to see changes in interior architecture more than anywhere else. The open floor plan office beloved by designers for more than 50 years may give way to private offices or at least much more substantial barriers between workspaces.

Our own office at the Conservation Society is in fact the opposite, which allows us to maintain distance because in our converted 19th century mansion, everyone has an office with a door and no one is within 15 feet of anyone else.

With everyone living and working and doing almost everything from home, there have been spate of articles (like this one) on demand for better home office furniture, home gyms, more clearly defined spaces both within and without, and decluttering services.

People spent more time in their homes in the last two months than ever before, and that will ultimately have an impact on interior design. The open floor plan made possible by central heating and popular by Frank Lloyd Wright may retreat a bit in the coming years as commutes shift from highway to hallway.

The pandemic caused the global economy to calve like an Antarctic ice sheet and expose massive inequalities. Like The Economist, I worry that one policy result of the pandemic will be a renewed isolationism from the teetering old nation states, fostering a decline in productivity, innovation and the promise of a just society. (It will also make it more expensive and difficult for people to collect the photos I have displayed in this blog!)

Here’s hoping we learn a few lessons, if not from history then from our own everyday within the new abnormal.