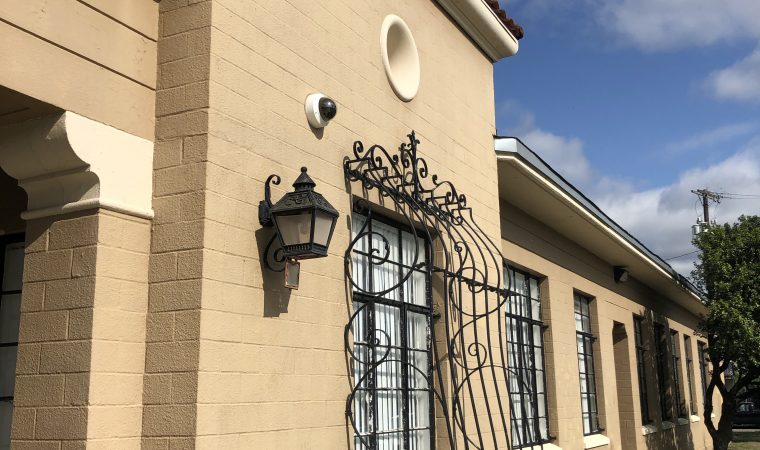 I vividly remember when many of the early 1930s federal housing projects became eligible for listing on the National Register in the early 1990s. People made fun of the idea that public housing could be historic, but here we are a quarter-century later and it is no longer unusual. Indeed, a decade ago I was historic preservation consultant for the redevelopment and conservation of the Julia Lathrop Homes in Chicago (1937).

Today the National Trust for Historic Preservation released its list of the 11 Most Endangered Landmarks in the United States, and San Antonio’s Alazan-Apache Courts, started in 1939, were at the top of the list. Kudos go to Sarah Zenaida Gould, PhD, who mounted an exhibit on the project over a year ago and has been a vigorous preservationist with the Westside Preservation Alliance, Museo del Westside, Esperanza Peace and Justice Center and the Coalition for the Woolworth Building.

I get it. The public housing that was a radical upgrade in the 1930s (indoor plumbing) is now behind the times (air-conditioning). Even in our Lathrop Homes project, we could not save all of the buildings. But several other of the 1930s Chicago projects were demolished completely, like the Ida B. Wells Homes and the Jane Addams Homes (except for one building, soon to be the National Public Housing Museum).

Public housing often gets heavily altered over time, but that is why we have been refining the Secretary of the Interior’s Standards specifically in regard to definitions of integrity at sites of cultural significance. (You can see my work on this from 2015 here, and from my 2018 chapter here.) Even though all of these federal housing projects were designed by an A-list of local architects (it was the Great Depression – they needed jobs) their significance is cultural.

The projects reflected the segregated space of the time. The Alazan-Apache Courts were built on the Westside for Mexican-Americans. At the time, the courts were a dramatic contrast with the tiny, tightly-packed houses of the area. Their recognition by the National Trust also points to another historic inequity: preservation and landmarking on San Antonio’s West Side.

This is part of the Rinconcito de Esperanza, which contains several award-winning historic buildings, the modern adobe Mujer Artes center, and the emergent Museo del Westside. It just became the first historic landmark district on the Westside. That is crazy. A large historic district called Buena Vista is being proposed, but historically the West Side has been overlooked.

I hope that this important National designation brings more attention to the history and culture of San Antonio’s Westside. And of course I hope it helps save the Alazan-Apache Courts.

One Response to :
San Antonio Public Housing on National Trust’s 11 Most Endangered List