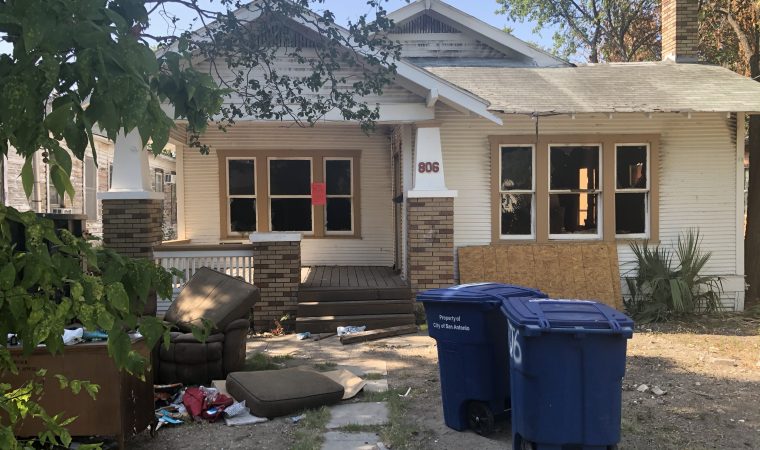 “It is better to seek forgiveness than permission.”

Unless you believe in justice and the rule of law. Or have an economist’s need for certainty and market stability. If you are just trying to get away with stuff, perdón beats permiso for sure. Yay criminality!

This is an attitude you come across in historic preservation – indeed, urban development in general – all the time. People just go ahead and whack away at their building without permits and hope they can get away with stuff.

Often they do. In San Antonio, violating a permit (or not having one) does not have a financial penalty. In some cases, the building owner can be required to put things back the way they were, although absent clear and malicious intent, that rarely happens. In other places, you can be fined up to $500 a day until you put it right.

Usually it is windows, because a generation of shilling has left the average building owner believing that replacement windows are normal and helpful. You can read all about that here and here.

Now take a gander at the above photo. What is it? It is a kiosk, I say. That is what the permit that was approved in 2018 said. A park with some trails and benches and a small retail kiosk.

So, the developers got an approval for a kiosk, which quietly morphed into a 5,000 square foot restaurant, plus 3,000 square feet of outdoor seating. Let’s hear it for open space!

This case is not the malicious building owner as much as the misdirecting one, and often it is the city facilitating the sleight-of-hand. We (Conservation Society) called it “bait-and-switch” in our statement, which recalled the drawings from 2018 which included no restaurant at all.

We do see this from the development community, especially between the “conceptual approval” of a development and “final approval.” “Conceptual approval” will often feature nicely finished new buildings, which then get dumbed down into cereal boxes by value engineers prior to “final approval.” Or, the old building they promised to save has deteriorated so much (often by active undermining) that they can no longer save it, it costs too much cry cry cry.

I think it would be better if we got back to a level playing field where ALL building owners played by the same rules, and promises made one year were still valid the next. Here’s hoping that an era of sneaking and cheating comes to an end.