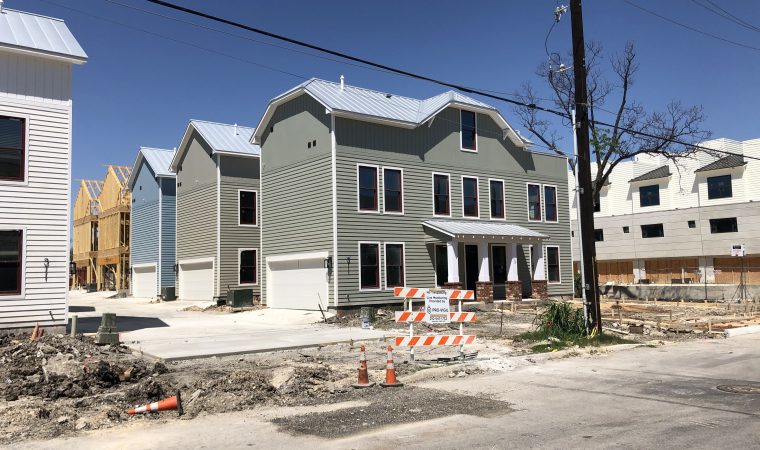 A century ago, a fad was sweeping across American cities and suburbs. That fad was zoning. Between the introduction of use and density zoning in New York City in 1916 and the upholding of zoning by a conservative U.S. Supreme Court in 1926, the municipalities of some 30 million people adopted zoning. Most of those municipalities were suburbs, and the issue was not skyscrapers or any other form of density. It was about use.

The technological revolution of the early 20th century was the automobile, and more importantly, the truck. Prior to those innovations, proper middle-class people just made sure to live on the right side of the railroad tracks, away from industry and the poor. But the truck meant that now, industry could go anywhere, not just along the tracks. And in 1916 you made a lot of money tearing down houses and putting up factories. That has not been true in my lifetime, but it was economic reality a century ago.* So zoning came along and protected those houses.

By the 1950s zoning ordinances across the country were being updated to accommodate highways and massive planned developments. It was the age of the suburb, an incorporated R-1 zone. But by the 1970s the wisdom of zoning that separates uses was being questioned and fiddled with. Main Street, that innovative preservation planning project of the 1970s, encouraged people to live above the storefront again, mixing retail and housing as it was in the era before zoning. By the 1990s form-based zoning and experimental communities where you could walk to work and shops were introduced. By the time the pandemic waned a week or two ago, we had all realized that home and work are actually the same place, or were the same place throughout 2020 and could be again. Use zoning suddenly makes little sense.

Not only that, but the renewed interest in affordable housing and mechanisms to address systemic racism has led to a spate of zoning reforms. Minneapolis became the center of zoning reform in late 2019 when it ended single-family zoning altogether, demonstrating that it was aware of what really drove 1920s zoning and that 1926 Euclid V. Ambler Supreme Court decision – keeping others away from nice single-family homes. (It would be another quarter-century before the court struck down racial covenants in 1948.)

There is a new de-zoning revolution going on. In Sacramento they are allowing four units on every lot, eliminating parking mandates and allowing 5000 feet of building on 5000 feet of lot. South Bend is also ditching the parking requirements, along with Hartford, Buffalo, San Francisco, Minneapolis, Montana and Edmonton. Here in San Antonio, almost every project takes place under the c.2000 IDZ zoning to avoid parking requirements as well as those pesky suburban-style setbacks. Cars are ruling the landscape less.

Chicago is trying to preserve its two-flats, built mostly between 1896 and 1926, since the conversion of those to single-family homes erased 20,000 units from the city in the six years between 2010 and 2016.

The original adoption of zoning was driven by economics. People wanted to preserve their investment. That is also a motivation for historic district zoning: people invested in saving old buildings and wanted to preserve their investment. Most historic districts also didn’t fit the suburban-style zoning implemented throughout the middle of the 20th century.

The challenge in the 21st century is that the economics of a century ago are upside down. Now, it makes sense to replace industry with housing, because housing is expensive. So expensive, that urban areas are suffering from a lack of affordable housing. Many of these rejections of traditional Euclidean zoning are driven by a desire to gain density and perhaps address housing affordability. Allow more units on a lot, banish single-family homes.

Where does preservation fit in? Well, generally the most affordable housing is the kind that is already there. And historic district preservation plans dating back 30 years often called for allowing accessory dwelling units. The idea was there would be less pressure to demolish a house if there was accessory income. Perhaps the vanishing two-flats of Chicago are putting the lie to that.

At the same time two-flats are becoming single-family homes, there is a “tiny house” movement valorizing minimalism. So which way is the trend? In either case, preservation can provide the existing building stock.

*Check out Hadachek v. Sebastian (1915) in California where they allowed residential zoning on an existing brickyard despite the fact that it reduced the property’s value by 80%.