A busy week with some success 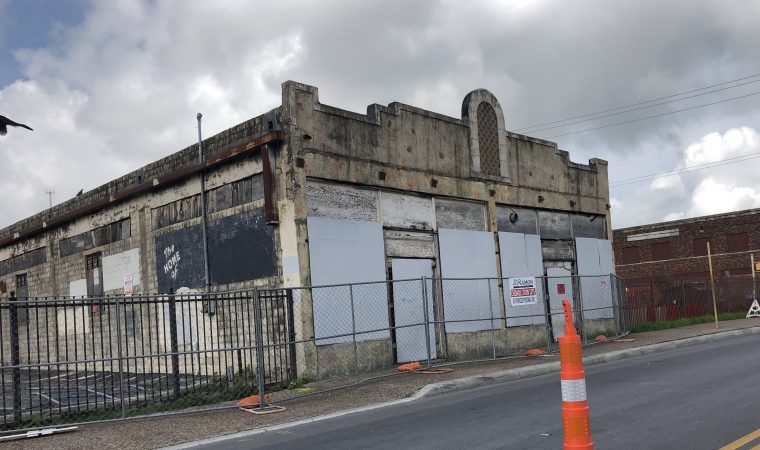 It has been raining for what seems like forty days (a quarantine) in San Antonio and those rains became the excuse for an emergency demolition order on the Whitt Printing Building, a part of the Cattleman Square district west of downtown. Its modest Art Deco facade belies its community importance – this was the largest Spanish-language printing house in a city with more of that business than any other in the nation. Founded by Gilberto Whitt, one of many who came here fleeing the 1910 Mexican Revolution, the building has been deteriorating for more than three decades.

The owners requested to remove it from the historic district and to raze it. The Conservation Society opposed both actions, fearing the precedent of “de-designation” and the loss of another building in the near West side where decay and redevelopment sit cheek by jowl. The Historic and Design Review Commission (HDRC) denied both requests, which were set to go to Zoning when an emergency demolition order came out on the Friday before the Memorial Day weekend. They blamed the rain for more roof collapsing (not the 35 years?)

The Conservation Society hired a structural engineer on two hours’ notice who inspected the structure and reported that while the roof and other wooden elements of the building were in bad shape, its massive concrete piers and beams were solid and in no danger of falling. Indeed, unlike most buildings, the concrete frame did not rely on the roof to hold the walls up.

A mass of local preservationists held vigil over the holiday weekend, as demolition equipment stood by. A scheduled Tuesday zoning hearing was continued and an emergency HDRC meeting was held Wednesday night. Amazingly, the HDRC, owners and preservationists all agreed that the structure of the Whitt Building would be saved, its roof and non-original infill walls removed. A save!

But wait, there’s more! Last Friday as I brought our structural engineer over to the Whitt Building, our two videos on the history of the first peaceful and voluntary integration of Woolworth’s and other lunch counters during the 1960 Sit-In movement premiered online! You can see the videos here. On Tuesday morning we went to Bexar County Commmissioner’s Court to receive a proclamation celebrating the 100th anniversary of the Woolworth Building, which opened June 3, 1921.

We got to thank the Commissioner’s Court for their timely contribution of $25m to rehabilitate the Woolworth and Crockett Buildings for the new Alamo museum, including a free exhibit on the lunch counter integration AT THE SITE. Turns out that the Woolworth is the only one of the six surviving lunch counter buildings that retains physical evidence of the serpentine lunch counter!

As if that wasn’t enough for the week, it kept raining and the San Antonio Water System (SAWS) reconsidered a plan that would have run a new sewer line over two conservation easements designed to protect the recharge zone for the Edwards Aquifer. Now if we can only get them to do the same on another chunk of recharge land.

Congratulations to all who helped make these victories possible – there were a whole lot of people pulling in the same direction here and it made a difference!

One Response to :
A busy week with some success