Sinners, Saints and the Man in Black 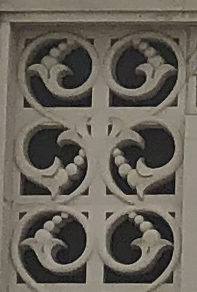 Last week was quite busy with saving the Whitt Building, as recounted here. This week the focus was another near Westside building known for both sinners and saints. Everyone thought it was landmarked, but then no one could find the ordinance from 30 years ago, and the owners want to demolish it. But what a history.

The two-story portion to the right was built in 1883 by Aurelia Dashiell as a “boarding house” which meant of course, a brothel. For about five years at the turn of the century it was the home of famed madam Fannie Porter, who hosted the Wild Bunch including Butch Cassidy and the Sundance Kid, purportedly giving them a big party in 1901. This was two blocks south of San Antonio’s “Sporting District”, the third largest “red light” district in the U.S. and a highly regulated one with a defined zone, licensing and regular health exams for the sex workers. It provided one of the city’s largest revenue streams and attracted more tourists than any local site except for the Alamo.

Then the Archbishop bought it in 1913 and it spent over a century aiding the impoverished and neglected youth of the near Westside “Laredito” neighborhood, first under the Carmelite Sisters for over 70 years and then under Father Flanagan’s Boys Town from 1990 to 2017. The building had gone from one generation of sinners to five generations of saints. The structure itself had a major addition in 1931 by the Carmelites and more in ’51 and ’62 giving it its current look, roughly the same as a 1949 Jubilee yearbook photo published by the Archdiocese.

It is also a rare survivor of “Laredito” the near Westside Hispanic neighborhood that was deliberately decimated by highways and urban renewal. There are a tiny handful of Laredito buildings left, including this National Historic Landmark that the Conservation Society saved in 1959, Casa Navarro:

Anyway, there is more than enough information for it to be nominated as a landmark – which everyone assumed it was – and the Conservation Society will be pursuing that along with our friends at Westside Preservation Alliance, Tier 1 Neighborhood Association and Esperanza Peace and Justice Center.

Meanwhile, I got intrigued about some buildings in my own Beacon Hill. I went looking for this little house maybe 150 feet behind my own.

This was the home of the Liberto family, including Vivian Liberto, who met Johnny Cash roller skating in 1951. They married at the nearby St. Ann’s Church, a cool mid-century modern built in 1948.

Speaking of 1948, I recently learned that a series of houses were built to promote the 1948 film Mr. Blandings Builds His Dream House with Cary Grant, which I actually saw many years ago. And the one in San Antonio is still there and in seemingly excellent condition. Thanks to David Bush of Preservation Houston for finding this!