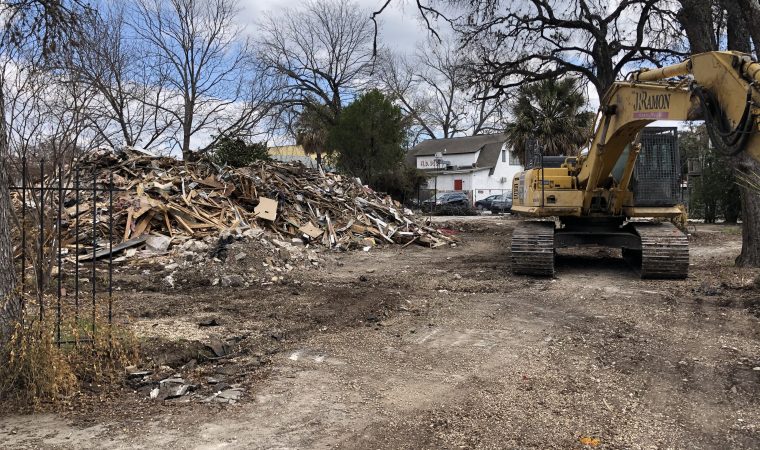 There is an article from The Atlantic making the social media rounds titled “Stop Fetishizing Old Homes” written by a planning professor from UCLA. He claims we are fetishizing the aesthetics of old houses when new houses are better in every way. Several people have asked what I make of this. I have a few thoughts:

First, he is mostly deriding construction built in the 1950s and 60s. Being in southern California, he talks a lot about dingbats and how he can hear his neighbors through the walls, etc. Here is the problem of taking 25 years of postwar architecture and making it speak for all historic buildings:

The biggest mistake non-historians make is missing out on the ups and downs of history. They consider history one big bucket with one set of characteristics. When you are talking about old buildings, there are significant shifts in construction technique after 1930 and again in the current century. Heck, there were big shifts in construction in the 1840s.

Buildings considered their thermal qualities very carefully up until 1945, got a little careless in the 60s, and by 1980 they started caring again.

Every Victorian and bungalow had double paned windows. They were called storm windows. Government studies show that pre-1930 buildings thermally outperform those built up to about 2000. Dude should spend a week in Cleveland or Chicago. Oddly, he calls out the Chicago graystone as being the dingbat of its era. I owned a 1906 Chicago graystone for six years and spent the decade afterwards dreaming about it because it was so damn good. Couldn’t hear the neighbors. Steam radiators worked. Built in ice boxes, nice hardwood floors, real plaster everywhere. You CANNOT buy the materials that was made out of. They aren’t for sale anywhere.

His main complaints are lead paint, asbestos and accessibility. We have had three decades of mandated accessibility, nearly five of lead-free paint, and even more since we used asbestos. I am in the process of researching another house, also 1906, which remediated those things in 1990. I remediated those things from my 1898 house. Now they are equivalent to the Dude’s precious new construction except mine has plaster walls that retain their structural stability when they are 75% wet and your piece of contemporary chicanery is made of drywall that fails at 6% wet.

The most interesting aspect of the lead paint, asbestos and accessibility argument is that it is never thought through. Okay – how y’all gettin’ rid of those bad things? See Lead Paint, Asbestos, and Other Excuses here.

A whole section of the article reads like the old “I’ve fallen and I can’t get up” advert, which is neither a sales technique nor a rhetorical strategy you want to emulate.

But even making the argument above might not get through to this guy because, to him, it is all aesthetic. That’s what bothers me most, the idea of fetishization. To me preservation is about history and sustainability. I am not precious. I get bothered by the fetishists. Here are some of my blogs that illustrate that. I get sick up and fed with the idea that what preservation is doing is first of all aesthetic.

It was once, yes, but that was a lifetime ago. Dude considers preservation an aesthetic pursuit either because he is unaware of the last 35 years of the discipline or because he is into zoning, where there are no individuals. (Another blog on that subject here.)

He also resurrects the 12-year old Ed Glaeser canard that preservation and regulation inhibit new development. This argument seems to have logic. It would be better if it had EVIDENCE. Like the 96% of every city in North America that is not affected by landmarks laws???

Plus, how can he call for millions of new buildings? He advocates for an extinction level new construction event. He ignores the environmental cost of new construction, not to mention demolition.

We need to understand that the author is a professor of zoning. In zoning everything is a commodity and houses are like the grains of wheat in a grain elevator – you don’t care where they came from or where they are going. Just how many there are and what grade they are.

Finally, the subhead is about how new construction is better but even he admits what every developer I have every talked to admits easily. New homes are only built to last as long as a mortgage – 30-40 years. I hope you like your carbon diet, Dude!

February 2 UPDATE: I was being generous about saying they would last 30 to 50 years. Look what happened to these NOLA houses in about a dozen years: