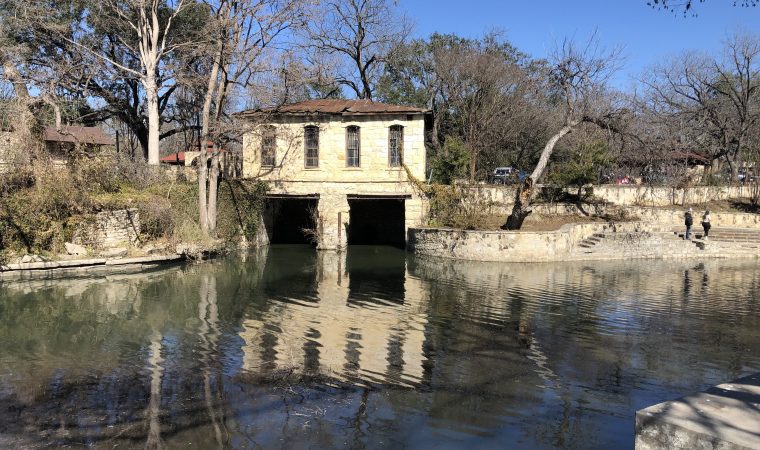 Big news last week was the weather, which was a paler shade of last year’s Soviet-style winter, lasting only a day and closing a few roads due to ice. Big news the week before was the State reneging on 7 years of cooperation to steal Broadway back from the City just as it attempted to make it a pedestrian and bicycle friendly thoroughfare. Scuppering a plan approved by over 70% of the voters, the Governor took State Loop 368 back. The buggery of Broadway is just plain cruelty – the “reasons” wouldn’t pass elementary school muster – “97% of Texans drive cars” and “we need to keep as many lanes as possible” which are fictive, flippant, and factually false.

Even the Governor’s big business supporters wrote him a letter saying PLEASE DON’T but the guy can’t pass up a chance to bash a city, especially one that understands how traffic actually works. Adding lanes to deal with traffic congestion is like loosening your belt to deal with obesity.

This is a little like our discussion last time about how the argument that land use regulations suppress housing construction. It kind of makes logical sense. Unless you test it. Or look for EVIDENCE. It seems to make sense that if you add lanes you reduce congestion, but if you test “road diets” they work. If you give people options, they take them. I have ridden my bike up Broadway – sorry, State Loop 368 – faster than driving. If a trip is a mile or a mile and a half, it’s faster on a bike once you factor in parking.

WHAT ELSE? Well, there has been a hullabaloo about tree removal in Brackenridge Park, including nie or ten heritage trees, which are the bigger ones protected by ordinance – which the Governor spent 2017 trying to remove. But this is not about him, it is about trees and the public desire to keep them versus projects – like the restoration of the 1776 acequia and 1877 Pump House No. 1 – that threaten them. Some of the trees are undermining our historic structures, so it becomes a classic tradeoff.

WHAT ELSE? San Antonio College backed off any interest in acquiring the Hughes House on Courtland, owned by the Archdiocese, which thanks to a 2019 law, can demolish it despite any landmarking attempts. They are still taking offers for it. Meanwhile, the erstwhile developers of the 503 Urban Loop building promised a design this week and then did not deliver one, instead offering a legal agreement to document the thing, put up a plaque and then presumably smoke Pall Malls while watching Gunsmoke because how could you get more 1965? I mean, my whole blog two months ago was called “Alternativeless demolition” because the one thing you need to convince people that you should demolish it is A DESIGN.

Dunno what y’all were doing all that time, but it shows.