The Mischief of Modernism and the Hubris of Scale 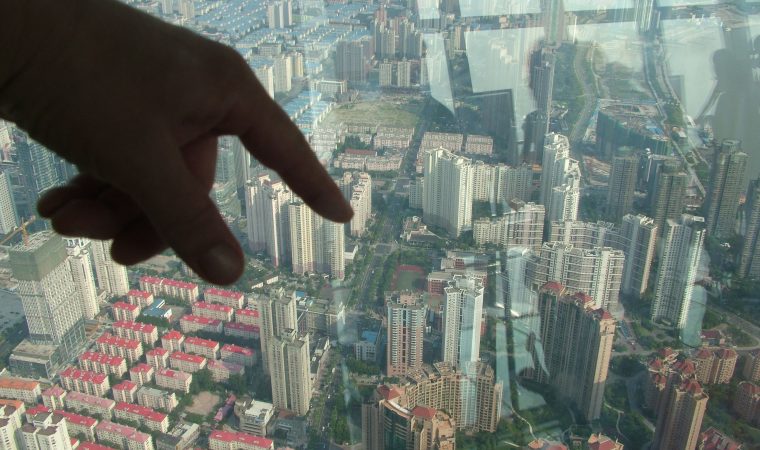 “Make no little plans, they have no magic to stir men’s blood. Make big plans, aim high in hope and work, remembering that a noble, logical diagram, once recorded will never die, but long after we are gone will be a living thing, asserting itself with ever-growing insistency.”

The famous quote of Daniel Burnham two years before his death is a rousing bugle call to think big and build big. A half century later in the apotheosis of postwar optimism, planners and architects in the richest economy ever found their blood stirred by magic and found that for once big bold visions could actually be built.

And they screwed up, because as the architect Jack Hartray noted, the mischief of High Modernism was that they felt they knew everything and could predict all future needs. Hence the full-floor air conditioners in Mies van der Rohe’s 1971 IBM Building, now a hotel. No one is good at futurism, even the recorders of noble diagrams. Circumstances change.

Modernist plans like University of Illinois at Chicago or the Air Force Academy in Colorado Springs have suffered similar alterations as the all-encompassing original designs proved too specific for the passage of time or human patterns of use.

Every real place that is built and exists for a couple of decades evolves through patterns of use, changing technology, changing needs, tastes and a mountainside of externalities. I argue that iterative design is more efficient and practical, despite lacking the magic and well-stirred blood.

The food truck is a great example of iterative design that starts small and then gets bigger, stirring a little more blood as it gets a sense of what works and what doesn’t and as films and life have shown us, the lowly food truck may well become a Michelin-starred restaurant one day.

I was thinking about this as I read through the final report of the Facility and Land Stewardship Task Force for the Institute of Texan Cultures, which I served on. This Institute was created a half century ago as a re-use of the Texas Pavilion from the 1968 World’s Fair here in San Antonio, Hemisfair. The huge Brutalist structure is aging, and it sits two miles distant from the rest of the downtown campus of University of Texas San Antonio.

Of course, the original big plan in 1970 was to have the whole UTSA campus right next to the ITC in Hemisfair, but it went out to Sprawlland instead. The Institute of Texan Cultures is basically an ethnographic museum supplemented with rotating exhibits on a variety of subjects and gets half of its admissions during the annual Texas Folklife Festival.

Now, our Task Force was told we were not talking about the future of the building but rather the institution. To contradict that point, they opened with a review of various studies of the ITC building which illustrated that it could never reach American Association of Museum (AAM) standards and would cost $50 million* to fix up anyway – not that we were talking about it.

The Task Force actually ended up talking about how they would like to preserve the building, although that thought was mangled in the final report. It was clear from our several meetings that the Institute itself needed to be smaller and more connected to campus, and we accepted the premise that we weren’t talking about the future of this particular building.

I raised the food truck analogy in our second meeting and specifically asked if there was an iterative design process possible. Maybe restore the Institute bit by bit instead of all at once like a mischievous Modernist. The question got lip service but again, is absent in the report.

SO, a High Modernist building designed to become a museum during the era of big bold plans is now threatened because 1. It needs to be smaller and elsewhere; and 2. It would cost a fortune to upgrade something that big and bold. Dissonance, anyone?

But it isn’t just modernism. Every 19th century opera house and 1920s vaudeville movie palace was overwrought. Beauvais Cathedral collapsed like a Gothic Babel. There is a hubris in going huge. World’s Fairs and Olympics and even sports stadia are exemplars of the Sunk Cost Fallacy and Loss Leaders of civic investment. They only “work” in the biggest possible picture.

A new AR and VR based Institute of Texan Cultures in a downtown location near the campus makes sense. Building it up through iterative design makes sense, and the same approach applies to the old Brutalist landmark up against the highway – do it one bit at a time for a collection of different uses.

This is especially true in the world of museums and interpretation – physicality is being replaced by virtuality. The next generation will tour and learn like this, as I noted a few years back.

Don’t repeat the mischief of thinking you know where everything is going, even if that thought stirs your blood.

UPDATE: One of the ULI members who evaluated the Institute of Texan Cultures (remotely) was on David Martin Davies’ The Source on TPR today February 24. She said the building was not built to last and was no longer serviceable. She also said the land value was not being optimized. Davies pushed back and asked if it was a “knockdown”. She responded with the great cost of rehab of the entire building, (the mischief of modernism again) and a dig at its style (“it’s in a hole.”).

“A very large, hard to use, expensive building”

Yeah, and I have a large, hard to use expensive city right here – too bad it can’t be redeveloped piece by piece.