The Good, the Bad and the Interesting 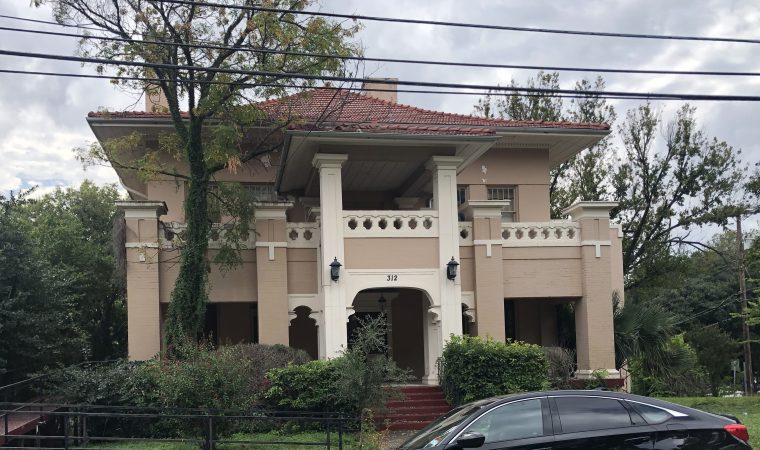 A child characterizes the world in broad strokes to make it understandable. There are good guys and bad guys. If we mature, we see more nuance. We see the good and bad in many people, and while some remain largely good or bad actors, most are more interesting than the simple dichotomy because we are able to see them as a bundle of interests. That is more interesting.

Here is the Hughes House on Courtland Avenue, an absolutely beautiful 1912 Prairie Style home here in San Antonio (by a St. Louis architect) that was threatened by demolition last fall. A demolition permit had been applied for by the Archdiocese of San Antonio, which had owned the property for 50 years. The obvious purchaser was San Antonio College, which owned the adjacent parking lots.

A lot of neighborhood activists and the Conservation Society of San Antonio opposed the demolition and asked that it be considered as a landmark. Ricki Kushner of the Tobin Hill Neighborhood Association and Michael Carroll put together a detailed history of the house. In addition to its lovely architecture, it was where Russell Hughes grew up, a famous international dancer who was celebrated for her skills.

You save a building by finding where the various actors’ interests lie, and seeing if there isn’t a way to ally those interests into a solution. So, in this case, the preservation folks asked San Antonio College to NOT purchase the property for demolition since the site was valued by the community. We distributed yard signs saying “SAVE THE HUGHES HOUSE”. San Antonio College agreed not to pursue acquisition of the site because good community relations is in their financial and public relations interest. Then we asked the Archdiocese to consider selling the property on the market, since their interest was to make money off the deal.

They did that and found a buyer who is interested in preservation. Now, everyone gets to be the good guy, because all interests have all been considered and the landmark lives on.

Many thanks the May Chu and Andrew Weissman for teaming up to save this landmark! Look for a new venue that will allow you to see the fabulous interiors – like these fireplaces! The Conservation Society introduced May to our local legendary chef Andrew and the whole community is excited about the possibility!