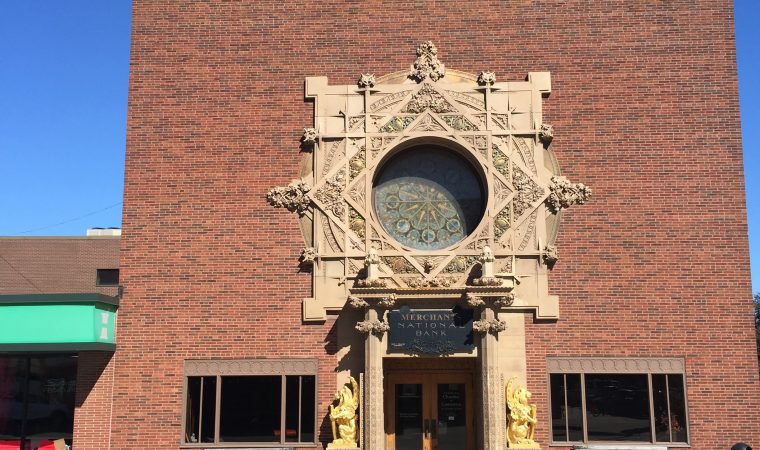 I have been reworking an old slide show about architectural styles. “Styles” are rubrics we use to categorize things, generally after the fact. This means that the labels we produce for stylistic trends are not usually those being used by the practitioners at the time. In architectural history, for example, the asymmetry, contrast and exuberant ornamentation of the Victorian era is labeled “Queen Anne” when many of its practitioners called it “Free Classical.”

To make things understandable, we push them into categories they never conceived, which is itself a problem, as I have explained before. Compounding this contortion is the problem of time and history. We can say that the Art Deco style kicked off at the 1925 Paris Exposition des Arts Decoratifs, or that Napoleon instigated the rise of the Empire Style around 1805, and we would be partly right. The problem is that historical events can often have two, oppositional results.

One of my favorite examples is the 1954 Supreme Court case Parker v. Berman, which famously declared “the right of cities to be beautiful” as well as safe and sanitary. This has two opposite effects in terms of design. One result was Urban Renewal, which in less than a decade would be labeled “Urban Removal”. This involved the wholesale demolition of huge tracts of urban land, to be rebuilt with modernist housing and shopping.

Of course the formal opposite of Urban Renewal in 1954 would be Historic Preservation. Preservationists ran with that 1954 decision and within 12 years some 70 cities had historic preservation ordinances. By the time of the 1966 National Historic Preservation Act, most cities could create their own ordinances without state legislation, and the Act itself mentioned urban renewal as a challenge it was trying to address.

In fact, both urban renewal and this new idea of historic preservation were inspired by the same “right of cities to be beautiful.” They just had different concepts of beauty.

To find an even more interesting example of oppositional synchronicity, we need to go back 60 years earlier, to the birth of this new, unadorned, mechanistic mass-produced Modernism. In 1893, 27 million people visited a World’s Fair in Chicago called the World’s Columbian Exposition. At the time, Chicago architects had been building the first skyscrapers for about a decade, and one of them, Daniel Burnham, was the architect of the Exposition. In order to coordinate architects from across the nation, they had to go with the Classical Revival style they had all been instructed in at the Ecole des Beaux Arts or its imitators. As the story goes, the “White City” in Jackson Park celebrated old styles just as Modernism was being invented in the same city. The exception that proved the rule was Louis Sullivan’s Transportation Building at the fair.

The Columbian Exposition had such an impact on architectural design that the following year a young Frank Lloyd Wright, newly independent of Louis Sullivan, submitted a pure Classical design for the Milwaukee Public Library, even as he was refining a Modernism even more abstract than his Liebe Meister. He never did this again, but the weight of the moment had a momentary impact on his design. Everyone wanted in on this Beaux-Arts Classicism that enthralled 27 million.

But those 27 million also saw Louis Sullivan’s ornament, and may well have seen the stripped skyscrapers downtown, embodying a new modern style. Louis Sullivan wrote “The Tall Building Artistically Considered” in 1896 placing him firmly in the Modernist camp. BUT… turns out he was one of the most skilled ornamentalists ever, creating rich flourishes without precedent.

The Columbian Exposition of 1893 also launched the modern field of urban planning, with Burnham designing “City Beautiful” plans for Washington, San Francisco, Manila and Chicago, among others. These tended to be in the same style, replete with columns and pediments and swags and balustrades.

As Sullivan was declaring tall buildings “every inch a proud and soaring thing” in 1896, Frank Lloyd Wright was bending the rules of architectural design with horizontal houses that pushed away traditional ideas of facades, entrances, walls and windows. By 1900 he had invented something completely opposite to Beaux Arts Classicism, and by 1910 he blew away Europe with his “Ausgefuhrten Bauten” that illustrated his newly realized designs.

In 1908 Adolf Loos would declare ornament a crime in the building arts, citing an analogy with tattoos that would not exactly work today. So here we have the oppositional synchronicity of a world charging on in two seemingly opposite directions and an architect paving the way for an unadorned future with the most elaborate ornament ever. In fairness, his ornament was always secondary to the building design from the plan outward, and the impact of Loos would only be felt fully in the 1920s.

Yet, in many ways you can trace BOTH the Neue Sachlichkeit of bare bones European modernism and the White City mimicry of Beaux-Arts City planning to the SAME event in 1893, when young Frank Lloyd Wright was still a “pencil in the master’s hand.”

Moreover, ornament can be misleading because architectural composition starts with a plan and massing, which can be generally Classical with symmetry and hierarchy, or Romantic with asymmetry and contrast.

Here are a couple of examples from San Antonio. First, we have a classically inspired arrangement of volumes, replete with abstract, modernist ornament. Second, an irregular, emotive arrangement with very traditional detailing.