The Chicago Tribune today editorialized that the Commission on Chicago Landmarks should have approved the skin job on North Michigan Avenue’s Farwell Building, buying the rationalization that it needed the economic generator of the superhigh Ritz Carlton condo tower in order to save a very badly deteriorated facade.

Fact: facade is badly deteriorated and needs a lot of money to fix.

Fact: the proposal before the Commission was NOT DESIGNED TO DO THAT. END_OF_DOCUMENT_TOKEN_TO_BE_REPLACED 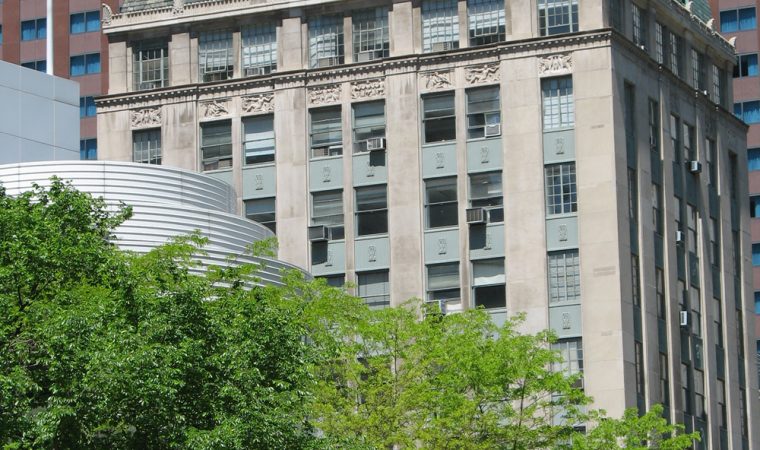 Well, it’s a good day for global warming in Chicago – our 25th consecutive day of above-normal temperature. I went downtown with only a blazer on January 3 – amazing. Haven’t used the long underwear in five years. Sure, I miss skiing, but this is a good spot to be on the globe during an emission-enhanced climate shift.

So, how does 2007 look for landmarks? Not that it is hard to top 2006 – if less than three Louis Sullivan buildings burn down this year, we are ahead. Hell, there are only 20 left out of the 135 he designed in Chicago. Still, 2007 may start off on the wrong foot tomorrow if the Commission on Chicago Landmarks approves another skin job on North Michigan Avenue. END_OF_DOCUMENT_TOKEN_TO_BE_REPLACED

September 19, 2005 Interpretation, Sustainability, Vision and Style Comments Off on Facades 968

On The Face of It: The Facadism Problem

The struggle for historic preservation is complicated when it comes to facades; what everyone sees; the public face of buildings, where the public interest lies. In historic districts, the goal is to preserve the context of a place, defined by facades. Preservation commissions rarely regulate interior spaces in districts. This leads many to assume that preservation is only about the visual exterior façade of a building, which is wrong.

I first attacked “facadism” almost 20 years ago when developers proposed relocating the façade of the 1872 McCarthy Building on Chicago’s Block 37, since only the façade had been designated a landmark. At the time, several Chicago Landmarks were “façade designations” and this encouraged developers to propose picking them up and moving them about like furniture. It is eaiser to save a thing than a place. But it reached a point of absurdity when the city proposed designating the façade of the Ludington Building, an 1891 work of William LeBaron Jenney. Jenney is famous for pioneering the steel frame skyscraper – shouldn’t the designation include the structure? The façade trend hit its peak with the Chicago Tribune Tower façade designation in 1989, and then came back with a vengeance with the 1996 deal to skin and rebuild the Art Deco McGraw Hill Building on Michigan Avenue, the most outrageous (and scarily successful) example of a period that also saw the demolition of all but 5 feet of the Perkins, Fellows and Hamilton Studio of 1917 for the new Park Hyatt tower. END_OF_DOCUMENT_TOKEN_TO_BE_REPLACED